A terminally ill Batman and DC fan has no time to waste, and for what he calls his dying wish, he wants the chance to see Robert Pattinson’s upcoming adventure as the Caped Crusader as soon as possible.

Justin Ward (@ABleedingCorpse on Twitter), a DC fan who suffers from brain metastases, recently tagged Warner Bros., Matt Reeves, and DC Comics on social media to plea for the opportunity to see a screener for the long-delayed and troubled film.

“I am once again asking @warnerbros @DCComics @wbpictures @mattreevesLA and the DC Fandom to help me see #TheBatman as a dying wish,” he tweeted. “The pandemic delay was too long and Brain Cancer is quickish.”

He added the entreating caveat, “So please?? It was my #1 movie I held on for.” 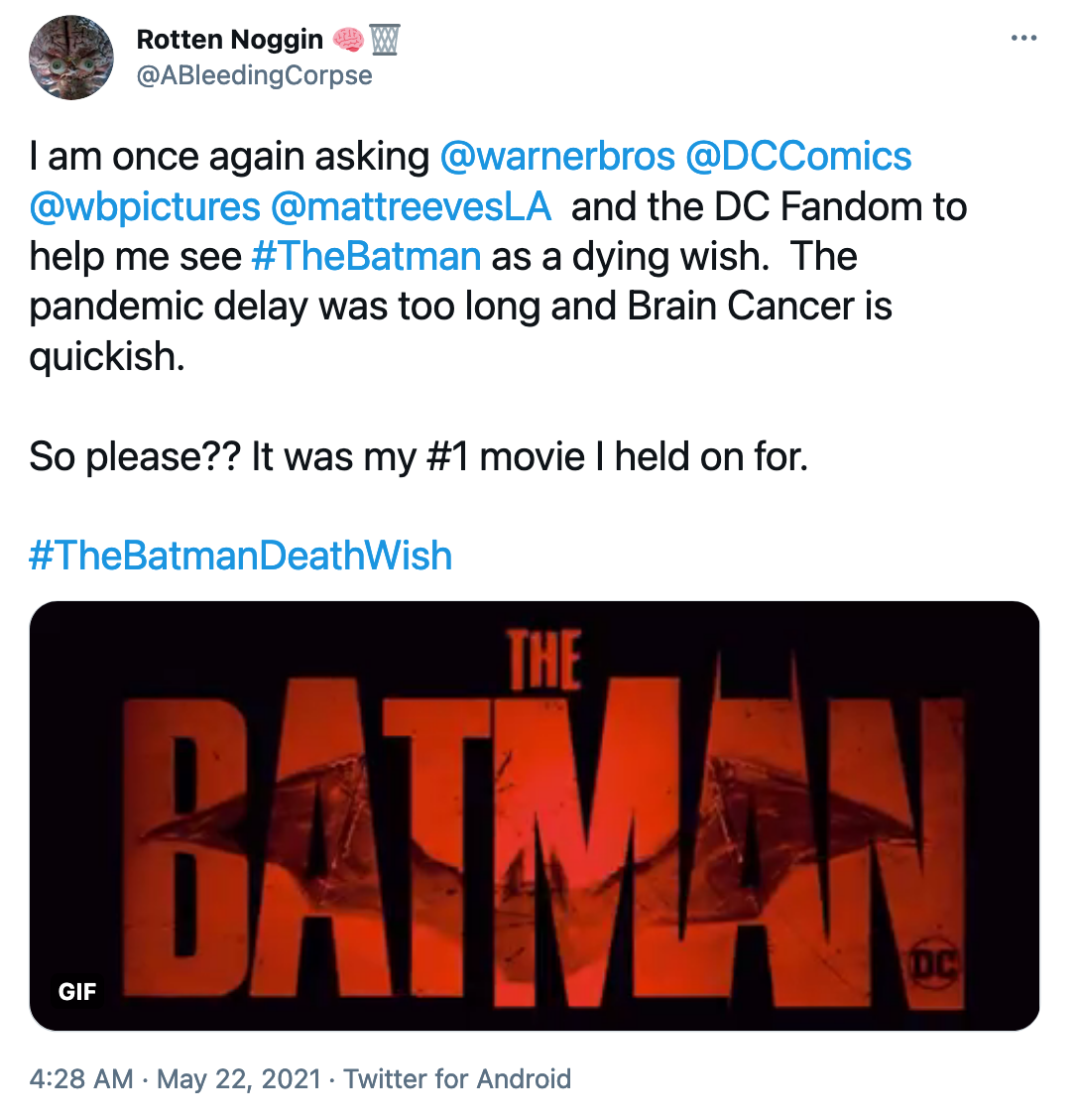 In a follow-up tweet, Ward tagged Andy Serkis, who plays Alfred this go-around, and wrote, “Hey Alfred, can you get a message to someone?”

Ward then moved on to implore Kevin Smith to help him out “Bro to bro.”

“You know people. Big people. Bat people,” he tweeted.“I’ve been a fan since Clerks, my friend considers me Randal of the group.”

His tweet concluded with, “Fan to big fan, I really need help with this big wish.”

Following the his Ward’s initial plea, fans have also chipped in to help, collectively composing their own storm of tweets in the hopes of getting Pattinson, DC artist and Publisher Jim Lee, and The Batman composer Michael Giacchino to take note of the dying fan’s wish.

Ward also has a GoFundMe to pay for his medical expenses that so far has raised only $1,996 on the way to a goal of $20K.

Related Rumor: Bruce Wayne’s Parents Rumored To Be Evil In The Batman

The Batman wrapped in March, and though there reportedly exists a fought cut of the film without effects, both Ward and The Batman might not make the production’s still-tentative March release date.

According to a recent rumor, there is tension between Warner Bros. executives and The Batman’s frustrated director, Matt Reeves. The former doesn’t think the film will be any good, and hoping to ‘fix’ the film, could further delay the debut of  Pattinson’s Dark Knight until 2023. 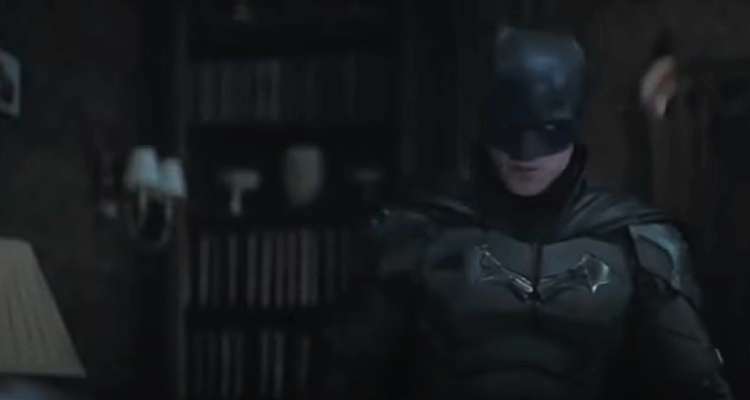 If this rumor holds true, the wishes of many eager fans, healthy or ill, won’t be fulfilled when they’d like.

Should Warner give the kid what he wants and show him a pre-release cut of The Batman? Tell us your opinion, along with your level of  excitement for the film, on social media or in the comments down below!