Greg Berlanti, the executive producer behind The CW’s slate of DC shows as Arrow and The Flash, is adding another partnership, outside of his current $400 million TV deal with Warner Bros., to his already stacked workload.

Related – Kevin Feige: We Want To Showcase LGBTQ Characters In The MCU

Deadline is reporting that the prolific EP and his producing partner Sarah Schechter, whose name is credited on most of his TV shows as well, have signed an exclusive first-look deal with Netflix.

The deal won’t get in the way of the duo’s dramatic series projects as it strictly concerns feature films pitched by Berlanti/Schechter Films for which Netflix has the first refusal.

In a joint statement, Schechter and Berlanti said they were looking forward to “making a broad range of emotional, entertaining and impactful stories for the massive global audience that Netflix has.”

Related: Chuck Dixon Explains Why You Can’t Buy A Complete English Version of The Joker: The Last Laugh Trade Paperback

Netflix is the undisputed king of streaming, even with all the competitors out there today, including the WarnerMedia-owned HBO Max. Globally, the streaming service’s vast reach encompasses over 200 million subscribers and provides them with access to some of the most talked-about content.

Berlanti is known best for his sundry DC adaptations, but he’s also been a writer/producer on Dawson’s Creek, Everwood starring Chris Pratt, HBO Max’s The Flight Attendant, and Blindspot. He had previously dipped his toe into Netflix waters with the hits You and the Archie comics inspired Chilling Adventures of Sabrina. 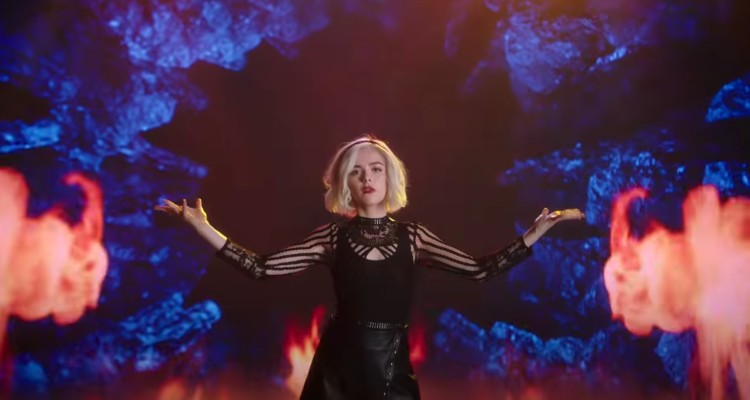 Related: Netflix and Warner Bros. Sued By The Satanic Temple Over Chilling Adventures of Sabrina!

However, conversely, his dabbles in cinema have been met with mixed success. Projects he produced, such as Pan and Green Lantern, have tended to flop, but Love, Simon, which he directed, performed well enough globally and with critics to receive a spinoff drama on Hulu (Love, Victor).

Berlanti’s next two pictures awaiting release are Free Guy, starring Ryan Reynold,s and My Policeman, starring singer Harry Styles and The Crown‘s Emma Corrin. Elsewhere on streaming, he has his hands in the HBO Max Green Lantern series currently in production.

At the time the deal was reported, there was no word on what potential projects Berlanti could be working on for the streaming titan.

Are you curious to see what Greg Berlanti makes in conjunction with Netflix? Let us know your thoughts on social media or in the comments down below!