Veteran comic book writer and creator Chuck Dixon recently got the chance to talk about a rare occurrence in his career – namely, the changing of a comic book script after the art has been finished and the issue is ready to hit the presses. 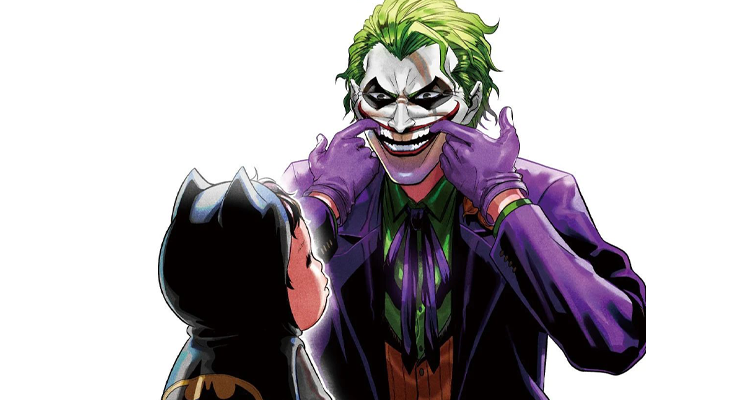 On episode #64 of his YouTube vlog series “Ask Chuck Dixon,” he explained that changes late in the process really fall on the editors and that this difficulty has been extremely rare in his career.

Giving an example of one of these uncommon instances, Dixon then recalled how he ran into trouble at Marvel when working on Savage Sword of Conan because, as he puts it, he never knew what he was going to get from the artist, and the book’s mix of supernatural elements and historic action often clashed in ways that made no sense as a result.

As recounted by Dixon, when a minor character was introduced in one issue strictly to give Conan someone to talk to and exchange witty banter with, he was given a flashback by the artist out of a horror movie where “panther people” attacked his village. 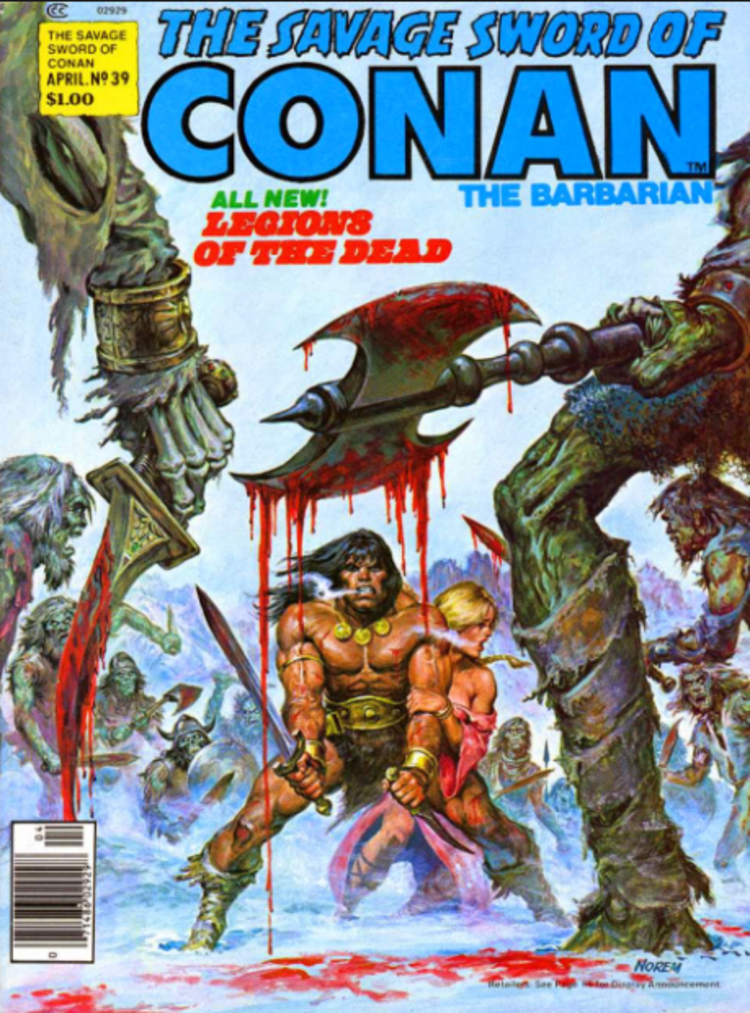 Yet, despite the character’s interesting backstory, they were never supposed to be seen again, a development which prompted Dixon to go the editor at the time, Larry Hama, and request that the story be fixed, as in its then-current state it confused both of them and had nothing to do with the rest of the proceedings.

“You don’t introduce a werewolf or vampire in Act One and never have him show up again,” Dixon said. “That’s not how stories work.”

Eventually, they rewrote and redrew the ending to tack on a closing sequence which wrapped up the werepanthers side story, and though it corrected the problem, the new resolution still failed to go anywhere notable afterward. 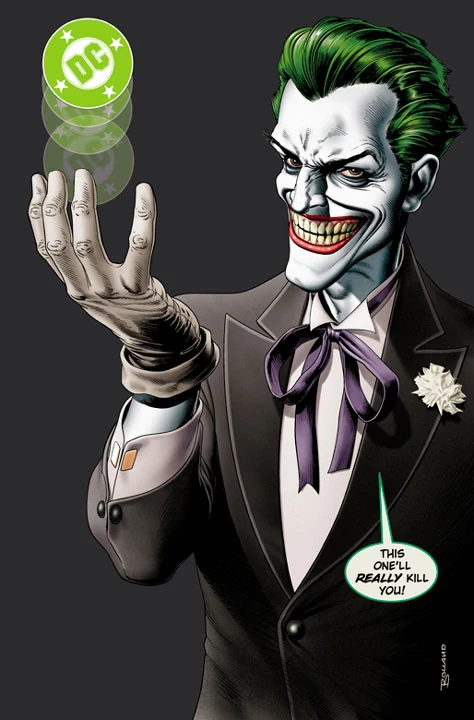 However, his next out-of-the-ordinary example, which happened when he was working for Marvel’s main competitor, DC, had huge implications for one of his most memorable and seminal Batman tales – The Joker’s Last Laugh.

The crossover miniseries ran through December 2001 and January 2002 and handled the more unhinged (than usual) mental state of a dying Joker, who staged a prison break of inmates transformed, or “Jokerized,” to look like himself so that the criminal could wreak havoc one last time “with a bang.” 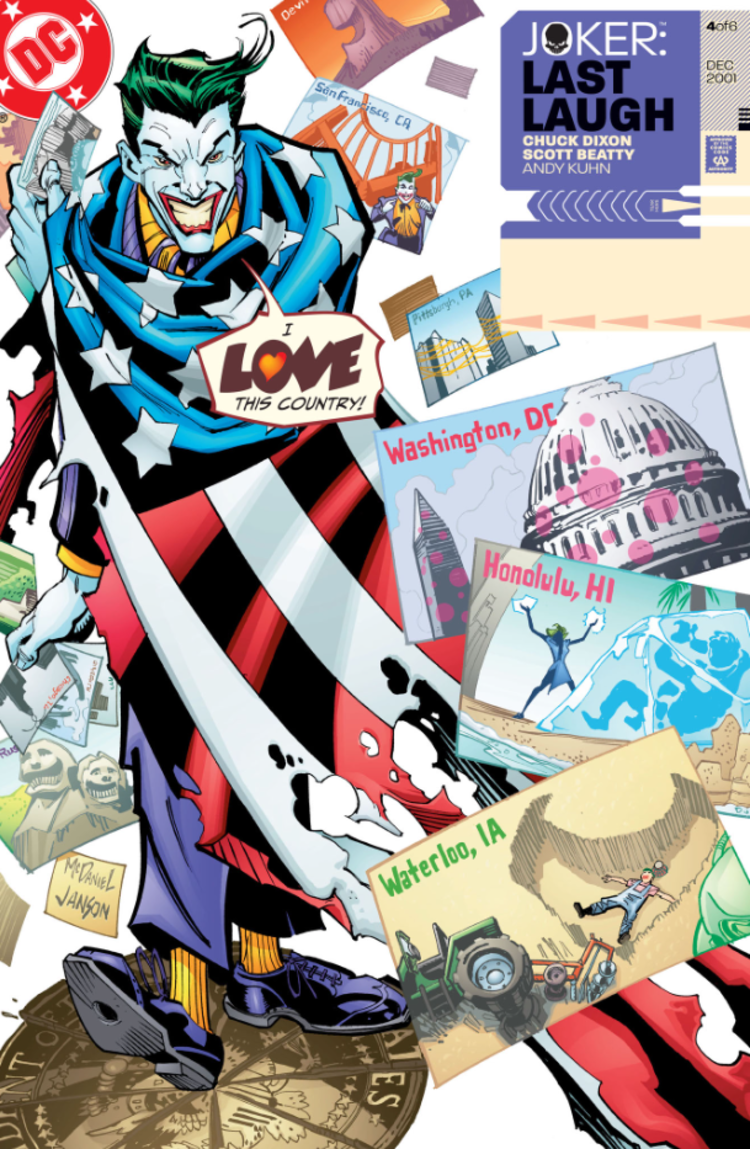 The problem presented itself, at least partially, when the series was assembled into a trade paperback form. Shortly before its publication, Dixon realized from the listed page count on solicits that the first part of the story had been chopped off for the volume.

When he escalated the issue to DC, they told him nothing could be done, as Dixon claimed that even though the trade would not be sold on Amazon for another year, DC argued that nothing could be done because “the price point was set and not something they wanted to alter.” 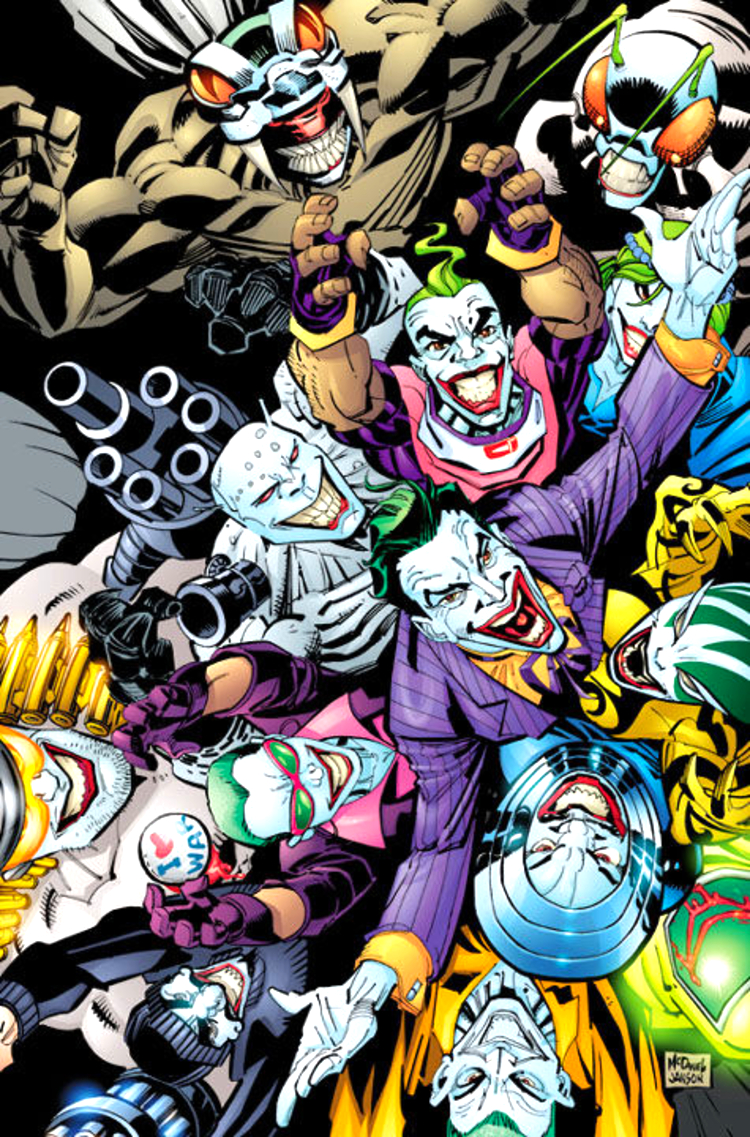 Dixon further revealed that, after offering him “one excuse after another”, DC invited him to write an introduction to the collection – without pay – to fill in the gaps left behind by the omission of the story’s opening act.

However, at that point, the headache of the situation led Dixon to conclude that he no longer wanted to be involved in the trade’s publication. 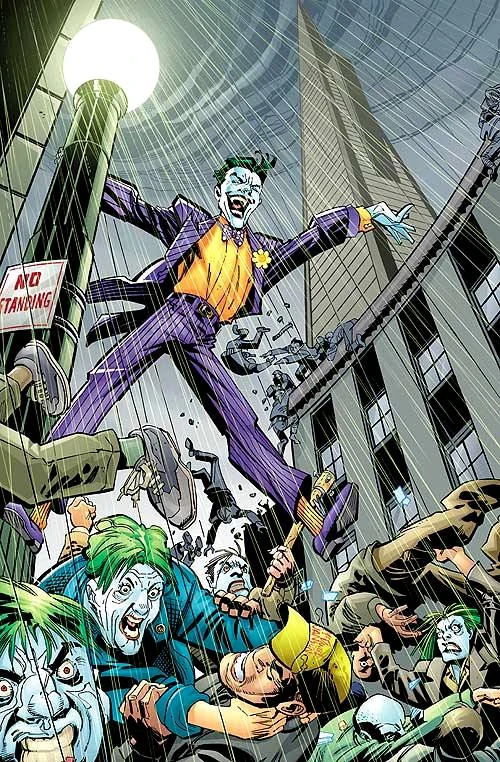 To this day, the only way readers can get every installment of Joker’s Last Laugh compiled in a lone trade paperback is if they buy an edition in a language other than English.

You can circumvent this discommoding and arduous task simply by finding the tale in its entirety digitally on DC Universe Infinite and Comixology.

What do you make of Dixon’s anecdote about Joker’s Last Laugh? Let us know your thoughts on social media or in the comments down below!