The chapter picks up right where Chapter 5 left off with Tokio running into Ely as he attempt to flee from the snake-like Choujin, Nari. 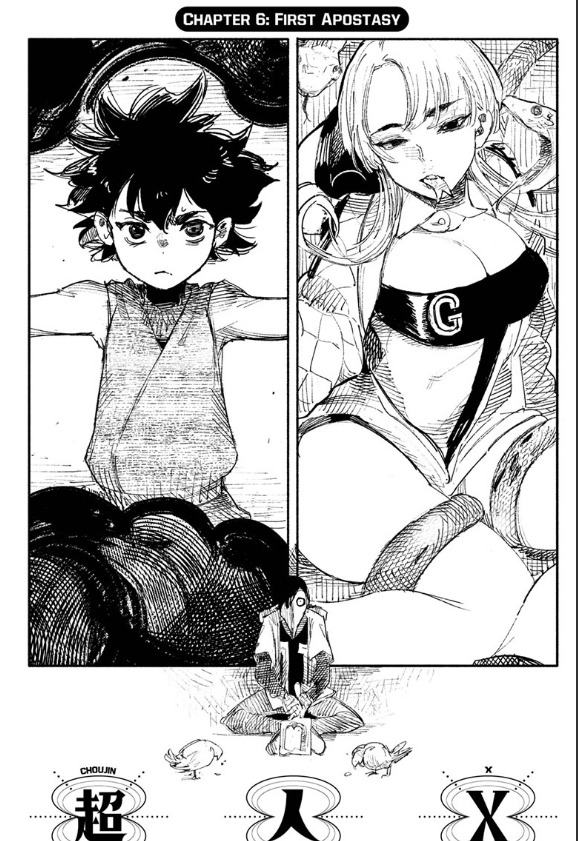 As you might expect, Ely leaps into action and attempts to rouse Tokio out of his stupor after he was pummeled by Nari in Chapter 5. Her efforts to rouse Tokio don’t work and she’s forced to activate her own Choujin powers.

If you recall, she has fire abilities similar to the Smoke Choujin Chandra Hume. She uses them to rocket away in an attempt to avoid Nari. Her efforts fail and the two come crashing to the ground. 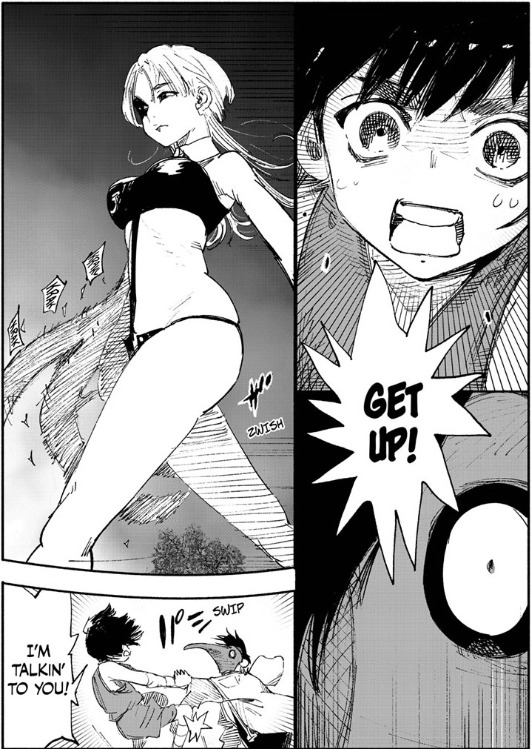 As Nari closes in, Ely activates her Choujin abilities and fires off a massive blast of fire that appears to decapitate Nari.

However, it only ends up angering Nari and she decides to unleash a brand new transformation move called “Full Beastification.”

The move or ability transforms her into a giant white snake and she quickly begins to pursue Ely through the zoo, pummeling her just as bad if not more so than Tokio in the previous chapter. 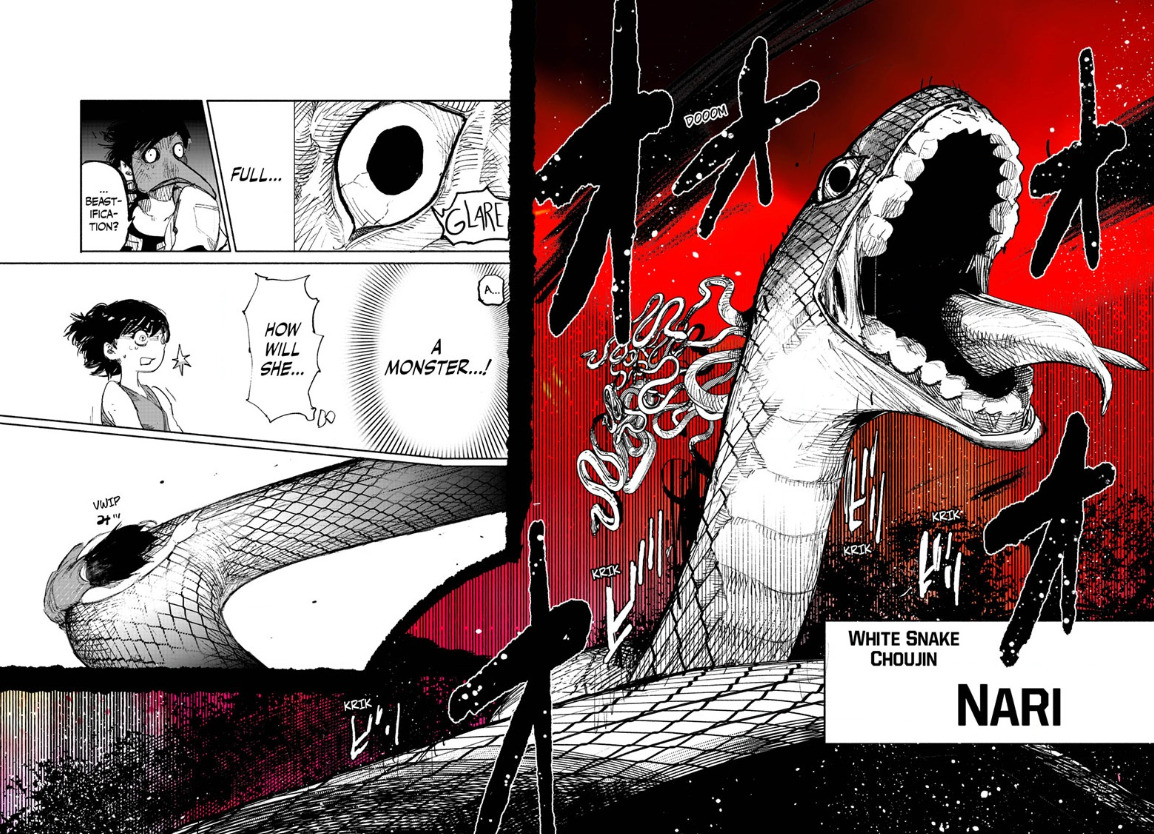 This ability does not appear to be exclusive to Nari. As the chapter comes to a close, Tokio has finally roused himself out of his stupor and inaction and decides to use the transformation ability himself. 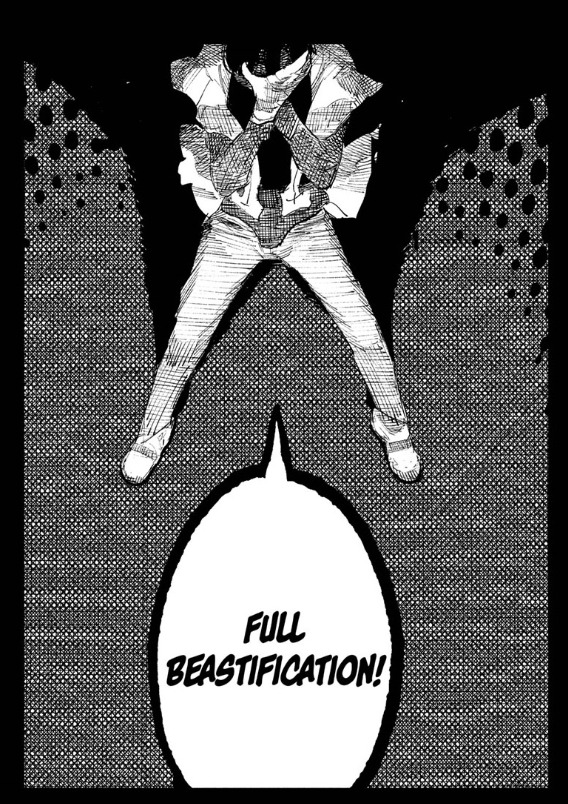 However, Ishida left us with a massive cliffhanger as we’ll have to wait until the next chapter to see just what Tokio’s transformation will look like.

The series had been releasing weekly on either Thursday or Friday throughout July, but this is the first chapter that has been released in August so far.

What did you think of Choujin X Chapter 6?