The current writer on DC Comics’ Batman will be ditching the title in favor of creating new creator-owned comics for the subscription-based newsletter website, Substack.

Tynion made the announcement earlier this week in a post to his Substack newsletter titled “A Whole New Era.”

In the newsletter, the Batman scribe detailed he received a new three-year contract renewal from DC Comics that would see him spending the majority of his time working on Batman.

Tynion explained, “DC had presented me with a three-year renewal of my exclusive contract, with the intent of me working on Batman for the bulk of that time.” 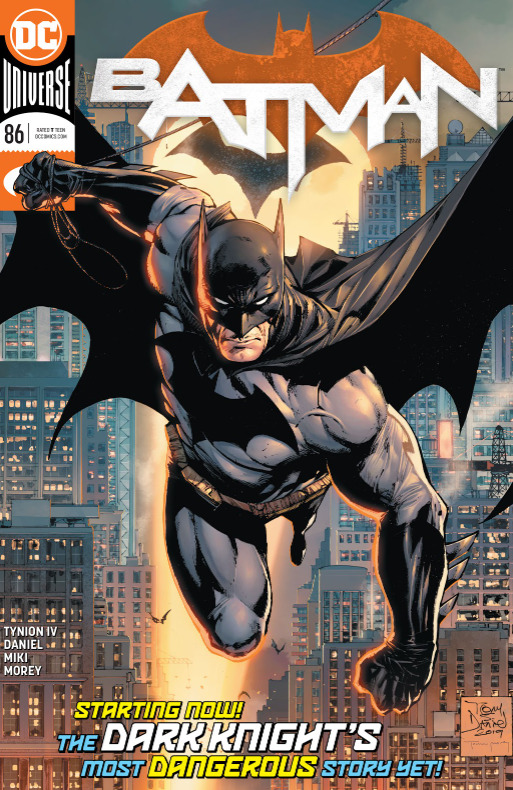 However, at the same time, he was also offered another contract from Substack, one he describes as “the best I’ve ever been given in a decade as a professional comic book writer.” In fact, he would detail that his “jaw pretty much fell out of [his] skull” when he first saw it.

He expounded that this new contract was “a grant from Substack to create a new slate of original comic book properties directly on their platform, that my co-creators and I would own completely, with Substack taking none of the intellectual property rights, or even the publishing rights.”

Tynion also noted that “this deal gives [him] the security to build the sort of books that I think could thrive in the comics market given the chance, but require growing in a different sort of way than monthly periodicals.” 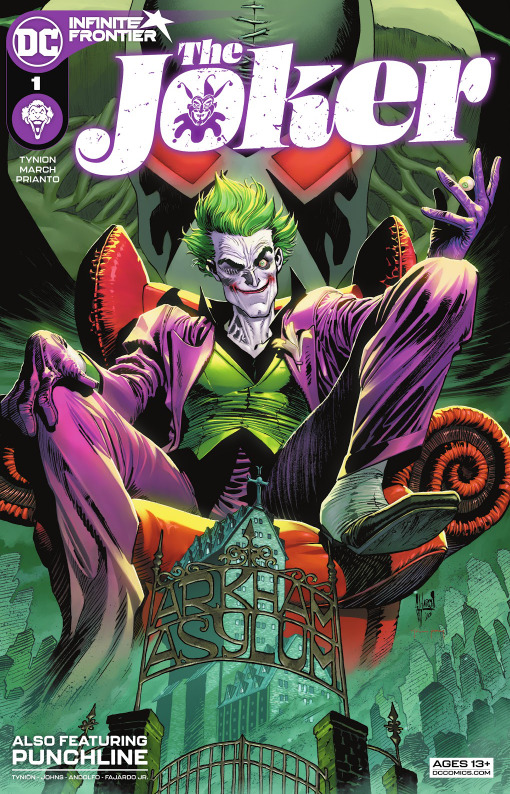 Tynion chose the deal with Substack and proceeded to announce that his time on Batman books would end with Batman #117 in November and The Joker #14 in April. 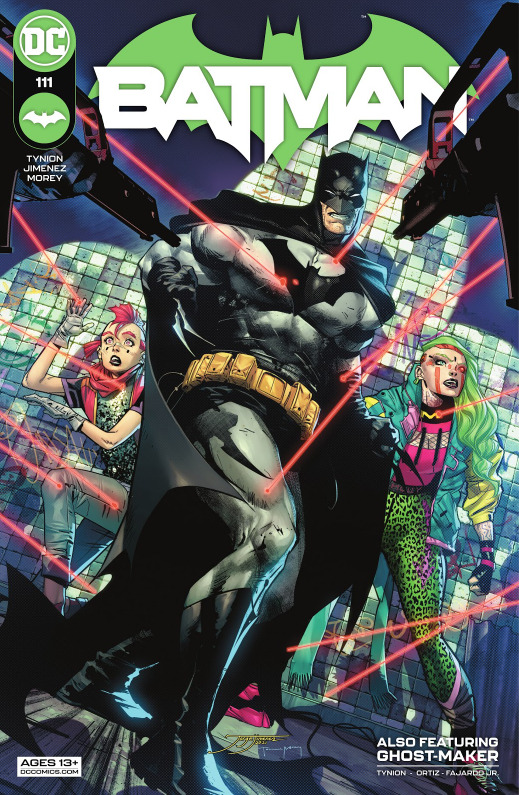 The deal effectively makes Tynion a publisher through his Tiny Onion Studios company which was launched last year and published his horror magazine Razorblades.

As for the types of comics he plans to write and publish for Substack, he detailed, “There is a whole range of non-fiction comics about fascinating subjects that haven’t gotten a spotlight in comic book form, and I want the power to do something when I sit back and have the thought ‘This comic book SHOULD exist.'” 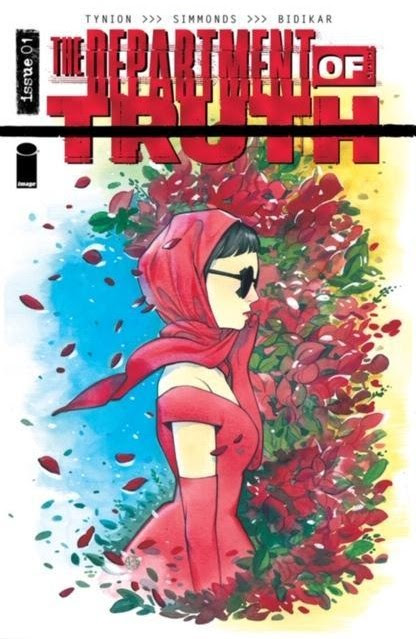 Source: The Department of Truth #1

But what he really wants to do is a giant horror novel as a comic. He explained, “The white whale for me is being able to write a whole giant horror novel in comic book form without needing to worry about breaking it up into equally sized monthly chapters.”

Not only does he want to take on these comics by himself, but he also has plans to bring in other creatives to help him, “Beyond what I’m capable of writing, I want to hire young creators I’m excited about to help me develop some NEW projects, outside of a system I’ve seen break as many creators as I’ve seen it make.” 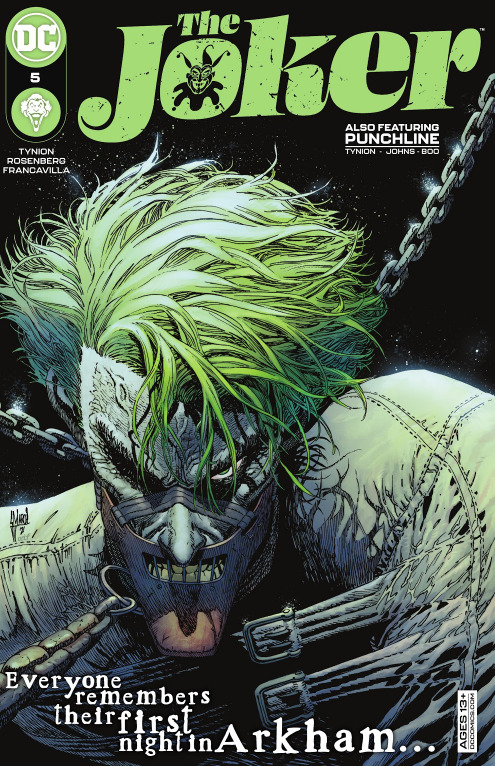 While Tynion detailed the types of books he wants to make, he already has projects in the works for Substack. The first is titled Blue Book and is written by Tynion with art by Michael Avon Oeming with letters by Aditya Bidikar. 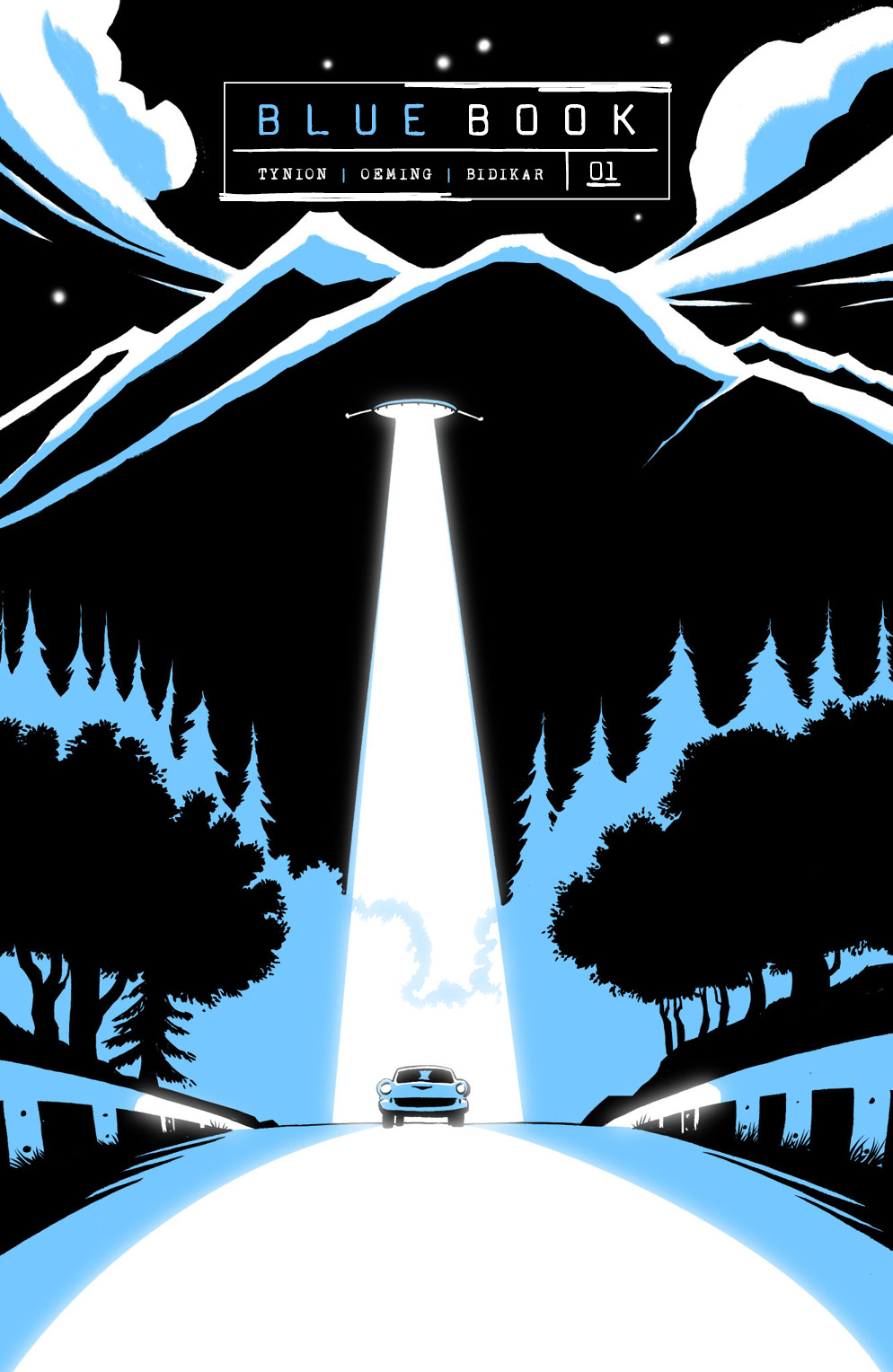 As you can tell by the cover, the book is about UFOs.

Tynion explained in an email to Oeming that his idea was to adapt real-life credible UFO encounters. Specifically he will begin with the story of Betty and Barney Hill and their encounter in the White Mountains of New Hampshire.

The book is expected to drop in September.

He has four other projects in the cooker which he didn’t provide any details to but described them as Operation Zoobook (October) , Operation Toplock (Q4 2021), Operation Nightmare (Q1 2022), and Operation Dial-Up (Summer 2022). 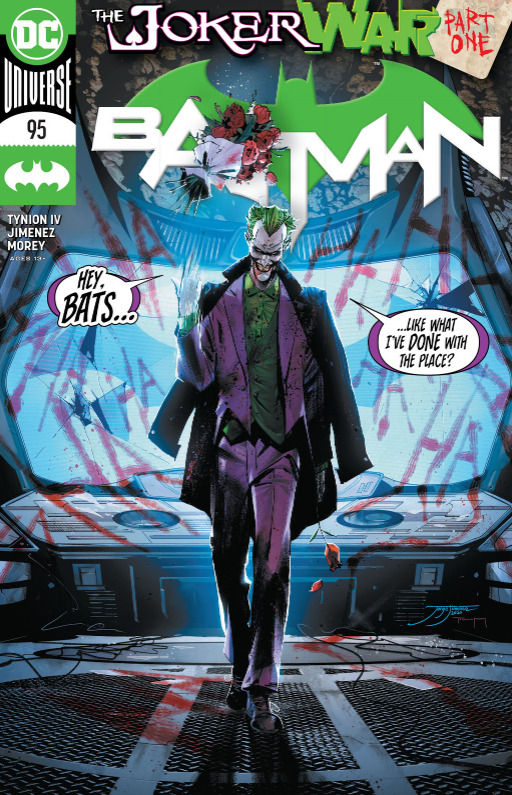 Tynion vacating Batman comes as rumors swirl around both Marvel and DC Comics that they might be shut down by their parent companies.

Image Comics CFO Erik Larsen recently claimed that both Marvel and DC Comics are “floundering and failing.” He also noted that “The threat from upstairs is that they’ll go to all reprints and stop producing new material. They’re doing everything they can to stay alive.”

Not only are there rumors that they might be shut down, but the idea that the companies are floundering is given credence by the fact that they get trounced by their Japanese competitors every single month as reported by NPD BookScan.

The last time a DC Comics title was in NPD BookScan’s Top 20 Adult Graphic Novels sales list was November 2020 with the Batman: Three Jokers HC. You have to go even further back to find a Marvel Comics book. Marvel’s Star Wars: The Rise of Kylo Ren made the list back in August 2020.

What do you make of Tynion leaving Batman and DC Comics for Substack?