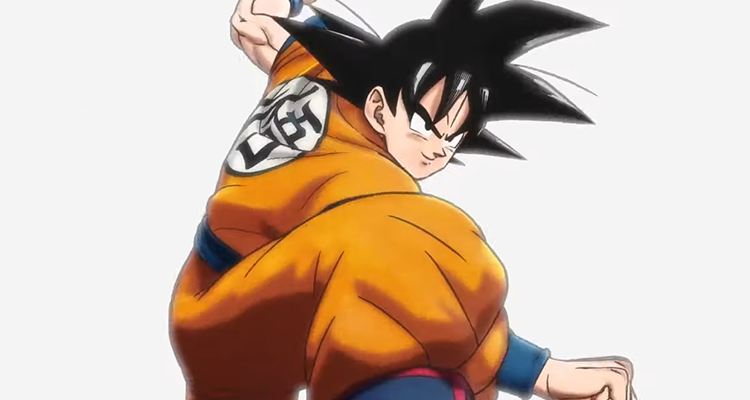 As reported by Twitter user and translator @cipher_db, the interview began with Iyoku speaking to the film’s announcement, with the editor revealing that the team chose to announce the film’s production at the recent San Diego [email protected] event because it would garner “global attention.” 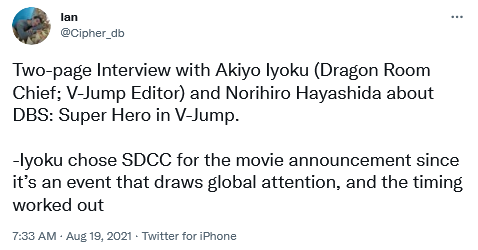 Iyoku also noted that such a large number of visuals were shown during the film’s aforementioned SDCC reveal, especially in comparison to the scarce amount of art shown during DBS: Broly’s announcement, “because the visuals this time really express the key elements of the film and are different from anything that’s come before.”

The editor, recalling how the film’s creation began with a brainstorming session between himself and Toriyama and noting that the Dragon Ball mangaka has had “particular fun coming up with the story and drawing characters for this one,” then shared his belief that the franchise’s films were “just getting better and better.”

“Real sense of cohesion to the story and variety to the new characters,” translated @cipher_db. “Says this was their best start to a project.”

In regards to the film’s title, Iyoku explained that, though he had some concerns about the pronunciation – particularly with how “if you don’t pause at the end of “Dragon Ball Super,” it’ll just sound like you’ve misspoken” – Toriyama picked the title because it worked best in representing his vision for the film.

“You have to take care to enunciate both ‘Dragon Ball Super’ and ‘Super Hero,’” said Iyoku. “Like the winding Super Saiyan God Super Saiyan before it, it’s truly a Toriyama name.” 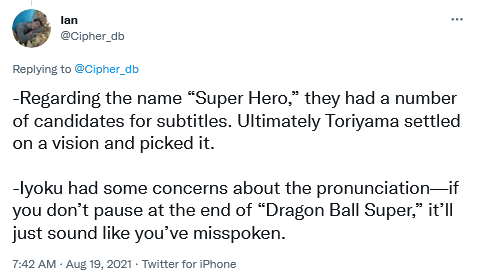 Noting that “the meaning of the title has to remain a mystery,” Iyoku then touched upon the film’s visuals, describing the new characters’ designs as having “both retro and modern elements,” which Toriyama is “excited to see how different people will interpret and respond to them.”

“They don’t resemble any existing characters and show off the aerodynamic, slim builds typical of Toriyama’s modern work,” wrote @cipher_db. “So they bring a fresh feeling to DB.”

“Tweaks to the shape of Piccolo’s dogi might also give him a bit more of a modern feel,” Iyoku reportedly continued. “Kuririn feels slightly less squat. Even familiar characters wind up changing just a bit with each film, so he invites everyone to look forward to more design reveals to come.”

On that same subject, Hayashida, who previously served as a producer for  the last two Dragon Ball films, Dragon Ball Z: Resurrection ‘F’ (2015) and Dragon Ball Super: Broly (2018), told V-Jump that the team was “conscious of changing [the visual style] up,” as “the original materials (for the [illustrations of Piccolo’s house and the film’s scenery]) they received from Toriyama two and a half years ago already had a markedly different feel” from ‘Broly.’

Thus, the producer explained, “to adjust to Toriayam’s new designs, they brought on a different staff from Broly and decided to go at it fresh,” resulting in what he believes to be his best team of any work yet.

Recalling how “the aesthetic motif they got from Iyoku for Broly was ‘space opera’” and, in contrast, how DBS:SH’s “aesthetic motif this time is ‘pop’,” Hayashida said that he had lots of talks about the meaning of “pop” with Iyoku about two years back, but ultimately it was something they decided to hash out through picture rather than words.”

“Lots of communication over visuals this time,” he added. 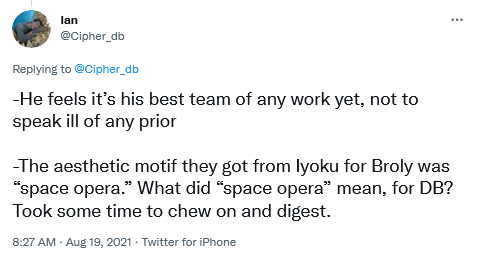 To that end, when asked by V-Jump if DBS:SH would be different from DBS: Broly, Hayashida asserted, “totally,” noting that the film “will have different appeals from the fierce intensity of last film,” this time presenting a slice-of-life story filled with the vibrant colors of Toriyama’s world.”

“However, you can’t entirely lose the intensity!” declared Hayashida, before going on to assure V-Jump and its readers that DBS:SH, “Will feature a fresh mix of new elements and what Dragon Ball is famous for.”

He concluded, “In one sense, he’s the one most looking forward to seeing the finished film of all!”

What do you make of these new details regarding Dragon Ball Super: Super Hero? Let us know your thoughts on social media or in the comments down below!