Shueisha, the publisher of Weekly Shonen Jump and Jump Books, announced a brand new My Hero Academia light novel as part of their My Hero Academia: School Briefs series. 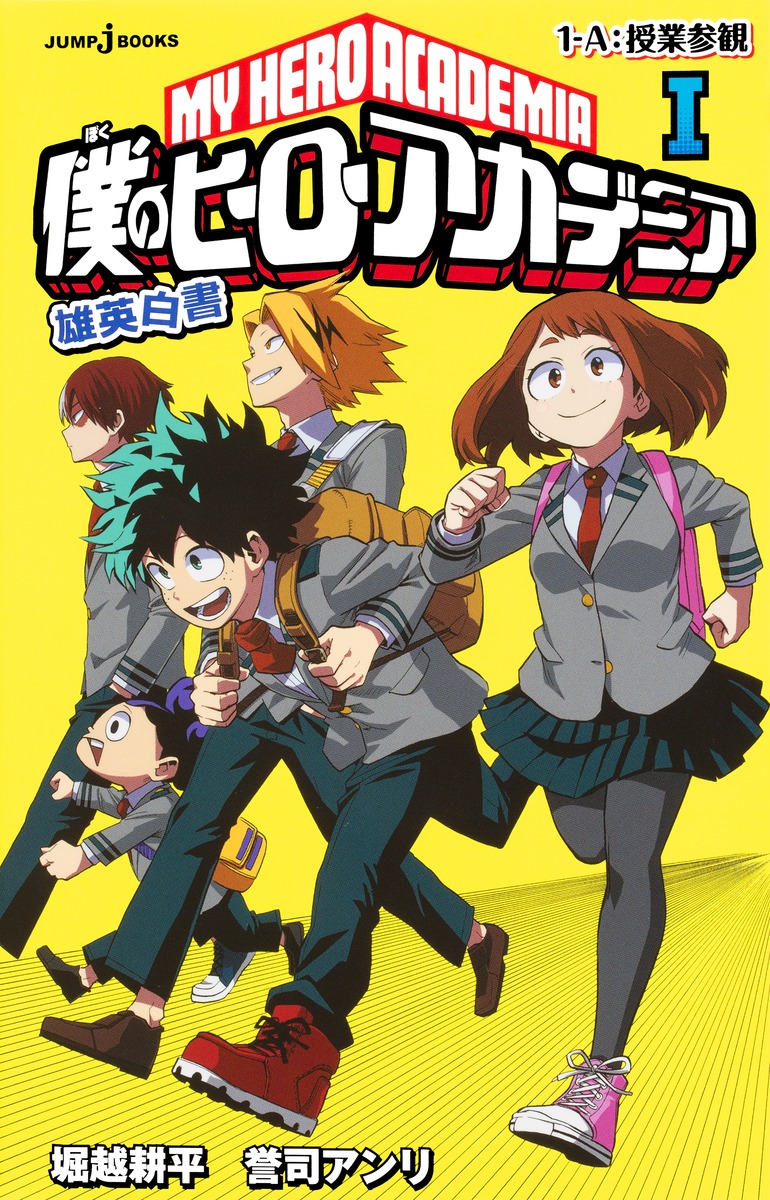 This will be the sixth light novel as part of the My Hero Academia: School Briefs series. As with the previous light novels it will be written by Eiji Henri with art work by Kohei Horikoshi.

Scooper Aitaikimochi reveals the light novel will be titled Cherry Blossoms on Twitter.

She goes on to detail that the stories “will take place before the Paranormal Liberation War arc as well as stories about Valentine’s Day, Setsubun, Spring Break and more.” 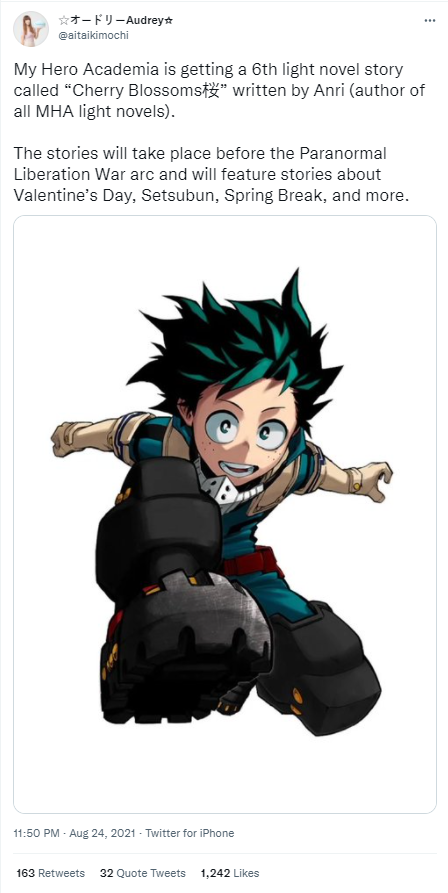 The Paranormal Liberation War Arc is the 18th story arc of My Hero Academia and the final arc of the Rise of Villains Saga. The arc takes place between Chapter 253 and 306 of the manga.

The arc just began in the anime with Episode 107 of Season 5. It sees the heroes and students take on the Paranormal Liberation Front, which is a villain group formed by the union of the League of Villains and the Meta Liberation Army. It is led by Tomura Shigaraki.

If you are wondering what Setsubun is, Aitaikimochi explains, “Setsubun is a Japanese traditional holiday where you celebrate the start of Spring.” 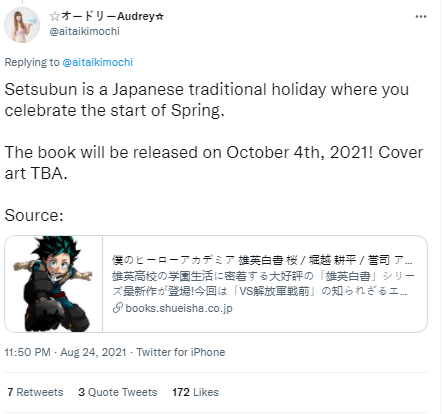 As noted by Aitaikimochi the light novel is expected to be available to purchase in Japan on October 4, 2021.

A release date for an English translation from VIZ Media has not been announced yet. 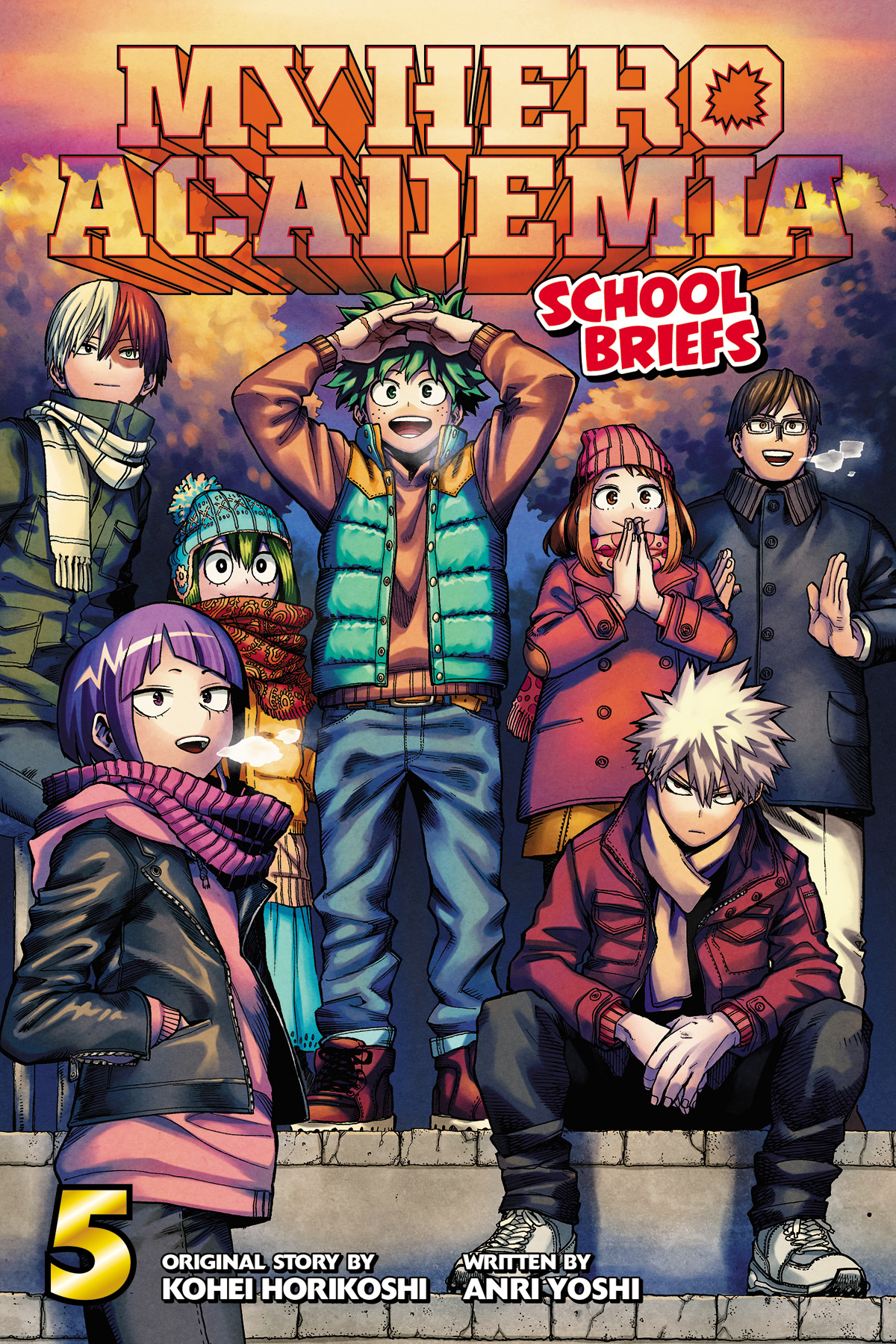 My Hero Academia: School Briefs Vol. 5 is expected to be released on October 5th. It will retail for $10.99. This book was released in Japan on September 4, 2020. So it might be a year before VIZ Media publishes the English translation for School Briefs Vol. 6

The official description for My Hero Academia: School Briefs Vol. 5 reads, “It’s time for class 1-A to start getting ready for the end-of-the-year holidays, and that means undertaking a winter cleaning. The unsuspecting students get a big surprise when their cleaning leads to a crazy discovery. What’s this mysterious entrance?! They have no choice but to rustle up some Plus Ultra spirit and venture inside!” 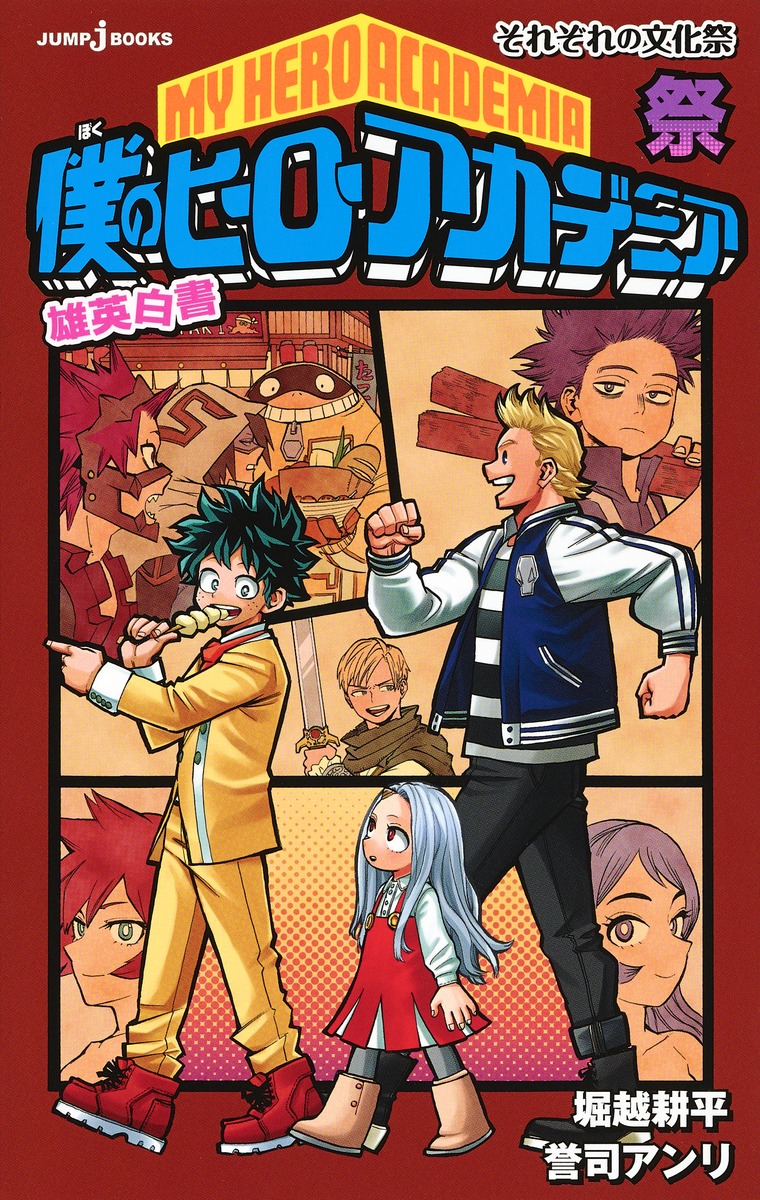 My Hero Academia: School Briefs Vol. 4 was originally released in Japan on May 1, 2019. The English translation from VIZ Media was released on March 3, 2020. So, it definitely appears it takes at least 10 months to get the light novels translated and published.

Are you excited to check out this new My Hero Academia light novel?