According to a recent report from Variety, big-budget American movies are being squeezed out of China due to the population of the Asian communist country growing tired of Hollywood’s incessant pandering. 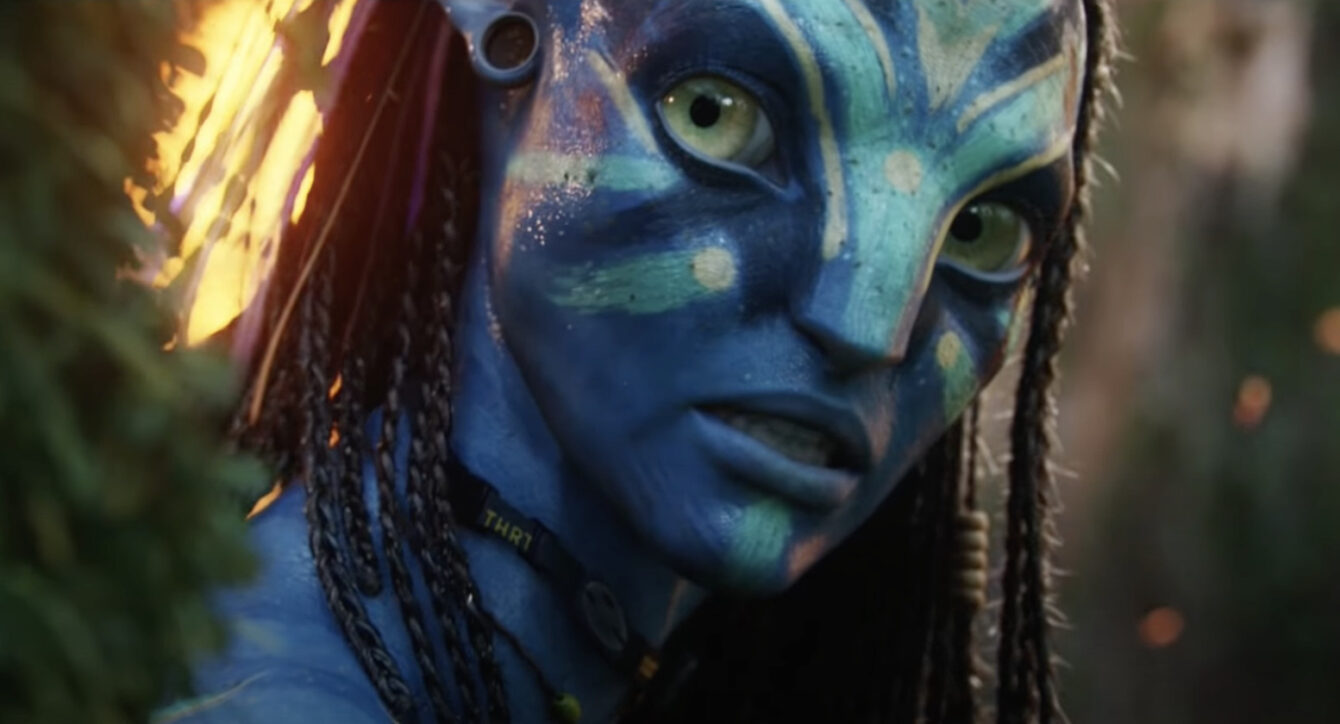 According to data provided to the trade news outlet by the Artisan Gateway consultancy, only two North American films have managed to make it into China’s Top 15 rankings: F9: The Fast Saga and Godzilla vs Kong.

What’s more, report author Patrick Frater indicates that, “Hollywood’s share of the China box office market in 2021 has collapsed to a shocking 9.5%,” as “in the first eight months of 2021, Hollywood titles have been chart toppers on just eight occasions, driven by an ageing ‘Fast and the Furious’ franchise, and over two weeks by a rereleased ‘Avatar.'”

These American chart appearances include a three week stint at #1 for F9, two weeks at #1 for the 2021 re-release of Avatar, and one week apiece each for Godzilla vs Kong, Peter Rabbit 2: The Runaway, and Free Guy.

“[COVID aside] this year would have been a difficult time for import films and Hollywood in particular,” explained Artisan Gateway Chief Executive Officer Rance Pow. “The Chinese films that have been popular have become very popular and on top by quite some distance.”

What is perhaps even more interesting is the fact that the 20th of August theatrical debut of Disney/Pixar’s Luca was the first significant American film to see a release in Chinese cinemas since May 28th’s A Quiet Place Part II. 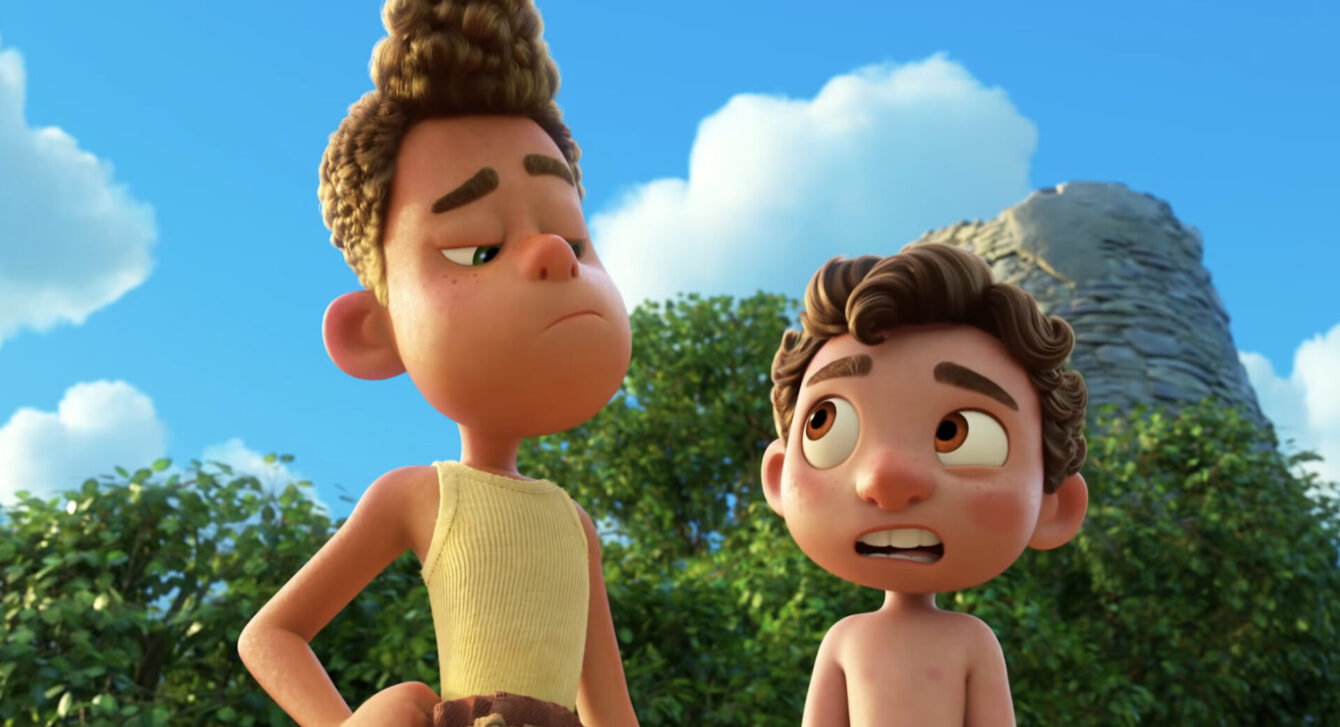 Related: Jackie Chan Expresses Desire To Join The Communist Party Of China, Claims That He “Can See The Greatness Of The CPC”

Frater further reports that “Disney-Marvel titles haven’t been released in China since ‘Avengers: Endgame’ in April 2019.

“In fact,” he continues, “‘Black Widow’ still remains without a release permit in China,” adding fuel to recent speculation that both Shang-Chi and the Legend of the Ten Rings and The Eternals have been banned in China – a move which would potentially deal a pretty big blow to the House of Mouse.

This particular speculation was first sparked when, a few months back, the CCTV6 China Movie Channel aired a list of upcoming release dates for various Hollywood-produced films which completely omitted listings for both of Marvel’s upcoming tentpole films. 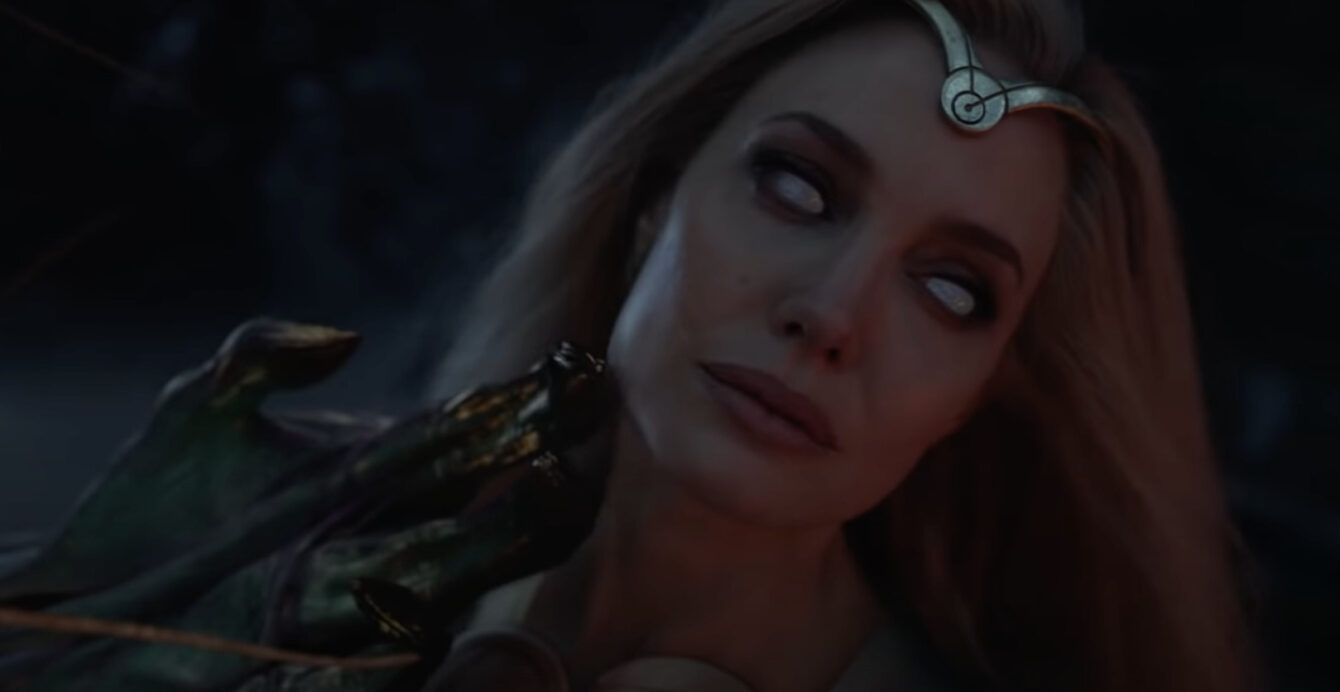 RELATED: Report: Marvel’s The Eternals And Shang-Chi Might Get Banned From China

Another reason why The Eternals may be at risk of being banned in China has to do with director Chloé Zhao, as she made some less-than-favorable comments about Communist China almost a decade ago.

In an interview with Filmmaker Magazine, Zhao stated, “It goes back to when I was a teenager in China, being in a place where there are lies everywhere.”

“You felt like you were never going to be able to get out,” the director elaborated. “A lot of info I received when I was younger was not true, and I became very rebellious toward my family and my background. I went to England suddenly and relearned my history.”

She further asserted, “studying political science in a liberal arts college was a way for me to figure out what is real. Arm yourself with information, and then challenge that too.” 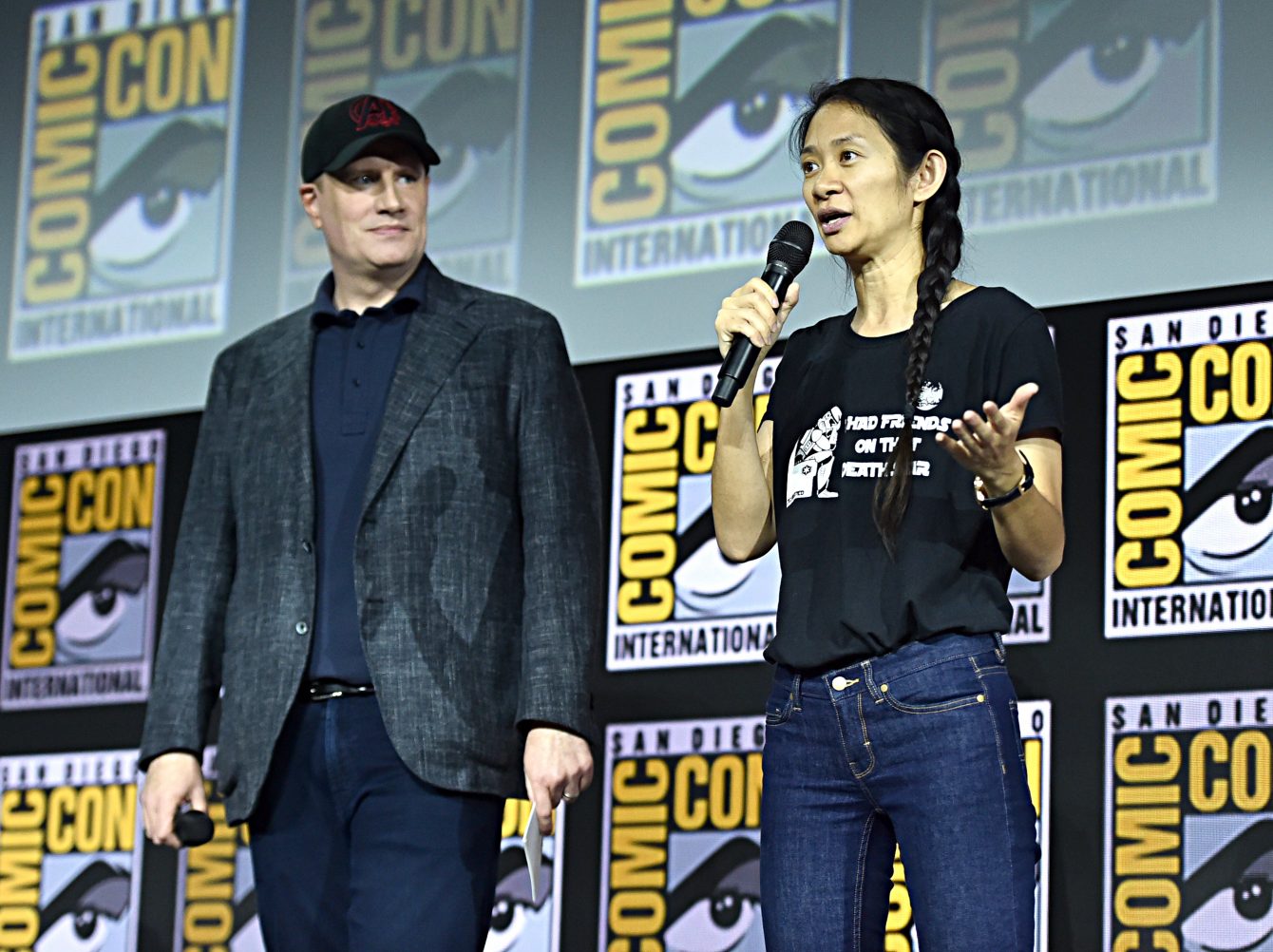 Noting that The Eternals may have received the axe in China due to Zhao having been “branded a traitor for her past comments”, Frater posited that Shang-Chi was similarly banned due to Chinese concerns that the film’s will present a racist and stereotypical depiction of Asian cultures.

Frater also notes that films that could face similar issues include the the recently released Space Jam: A New Legacy “because American basketball continues to be a sensitive subject following an NBA official’s 2019 comments on Hong Kong,” as well as the upcoming sequel to Tony Scott’s cult-classic Top Gun, Top Gun: Maverick, due to how it could be “seen as promoting the U.S. Military.”

“The political standoff between China and the U.S. has already gummed up film industry negotiations,” Frater asserts. “Now there’s the possibility that, in a tit-for-tat move following U.S. moves against ZTE, TikTok and Huawei, China may be deliberately hobbling one of America’s biggest export industries.”

“Several seemingly uncontroversial Hollywood titles are without release approvals or dates, including ‘Jungle Cruise’ and ‘The Suicide Squad., ” He adds. “Sci-fi spectacular ‘Dune’ has the advantage of being backed by the Wanda-owned Legendary Entertainment, but some online commentators are still cool about its prospects.” 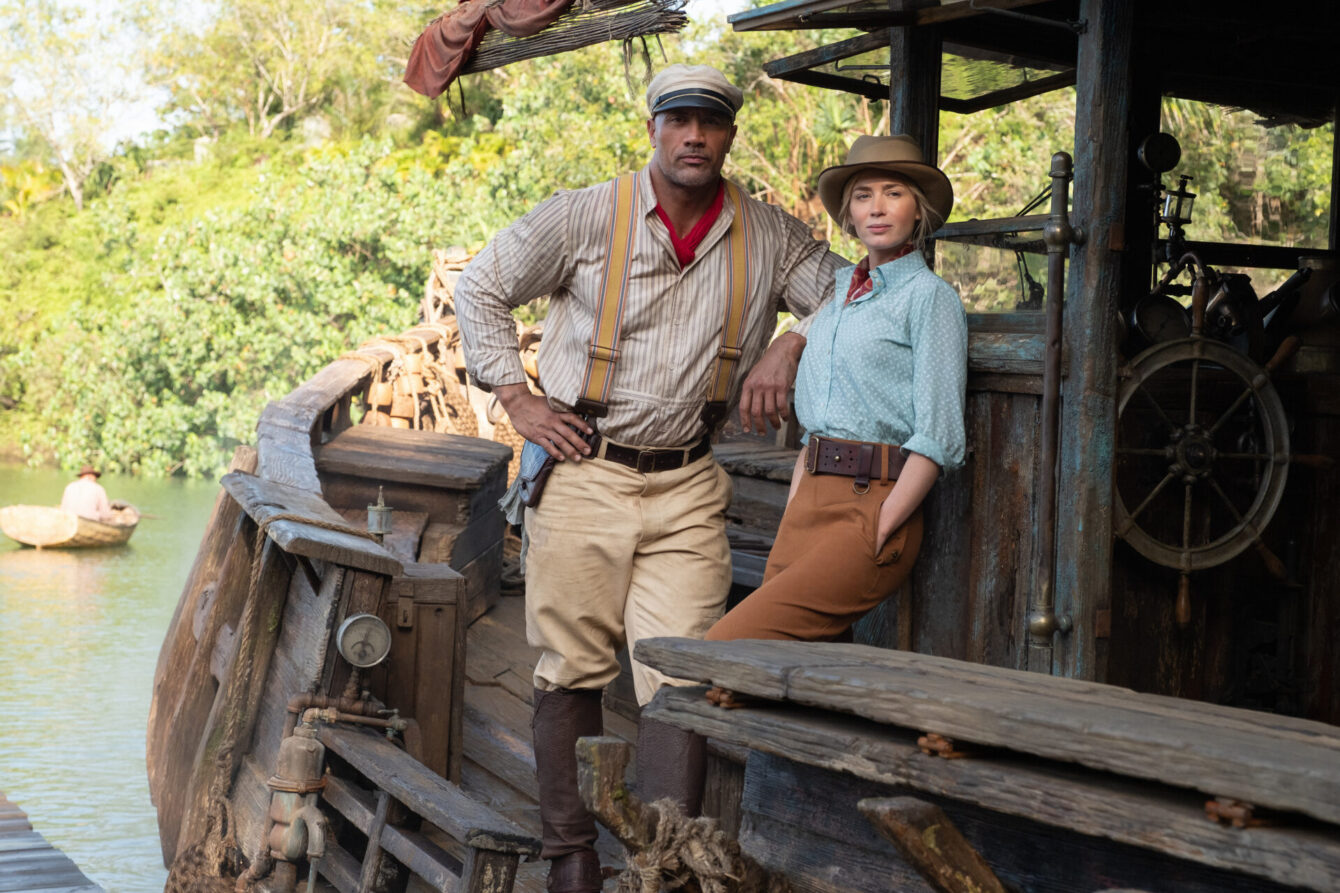 What do you make of China’s increasing disregard for Hollywood’s incessant pandering? Be sure to let us know in the comments section down below or on social media.