McFarlane spoke to CBR about the upcoming film where he made it crystal clear the film is embracing Hollywood’s race politics.

CBR asked the creator, “Last month it was announced Brian Tucker is going to take a crack at the movie script. What about his vision for the project impressed you to bring him on board?”

McFarlane answered, “Well, it wasn’t just my decision. There’s a handful of other people working on it that we haven’t announced yet. One of the people working on it: that is going to be a big name when we finally get to announce it. I think he said he went through close to a hundred scripts by as many people as he could.” 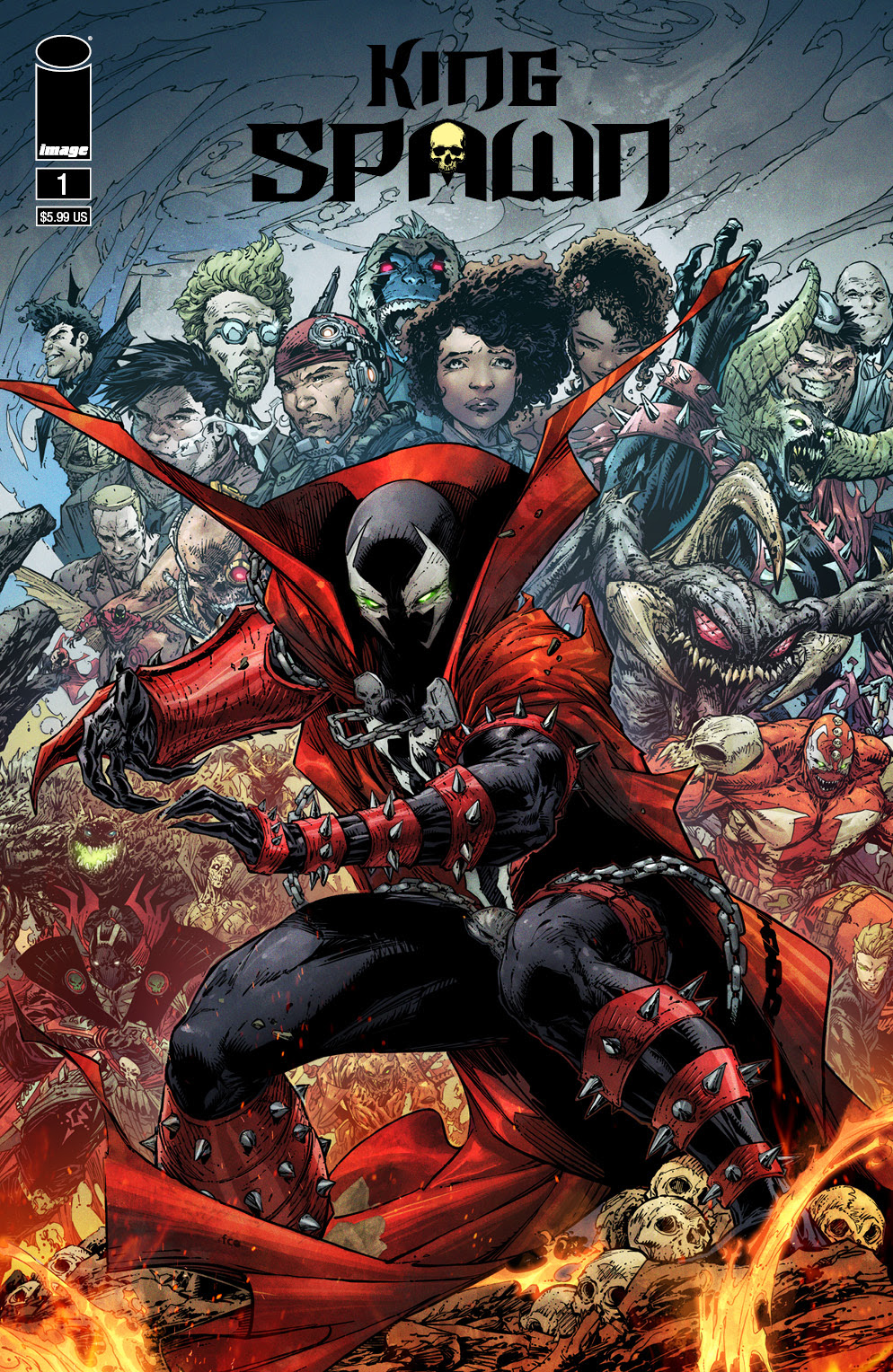 The creator then revealed one of the key things he was looking for was a non-white writer. He said, “We were looking ideally for someone that could bring a voice to the character on two levels: I’m just a white, Canadian kid. I haven’t lived the life of a man in America of someone with dark skin.”

“We thought it was important to get the perspective of somebody who has, someone with that perspective coming in and adding a slightly different bent to what you and I, as comic book readers, already know as to what Spawn is about,” he added. 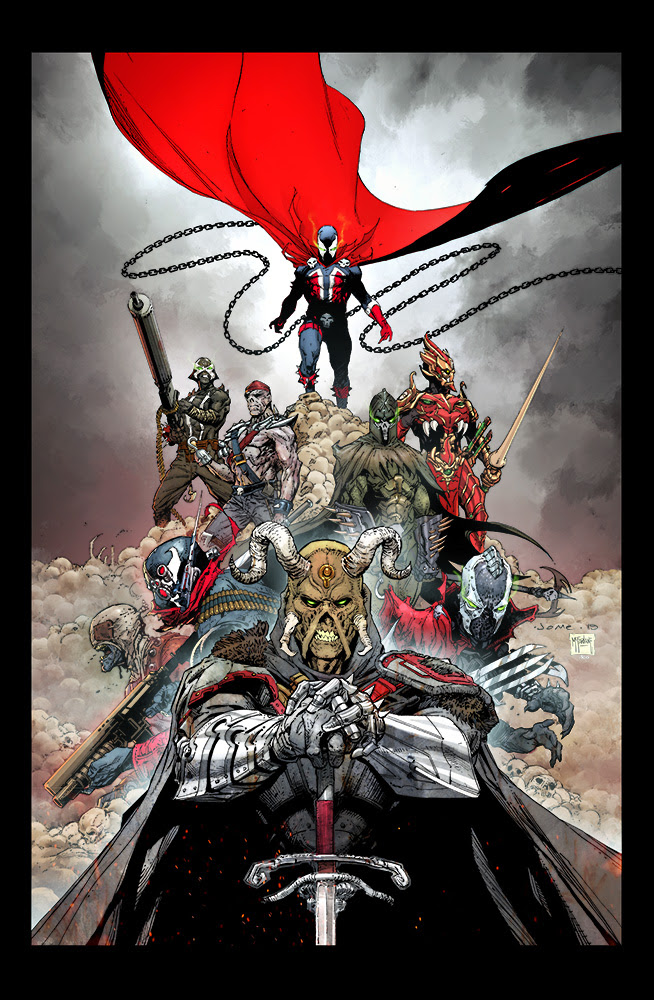 McFarlane then noted that he doesn’t want the film to tell Spawn’s comic book origin, “I didn’t want to do the comic book origin story from Issues #1-3 in the movie. We were looking for people, without even telling them that, to give something a little bit different.

He continued, “Unfortunately, 80-90% of them, according to the other person involved who was interviewing most of them, were falling into the trap of retelling the comic book story in the movie.” 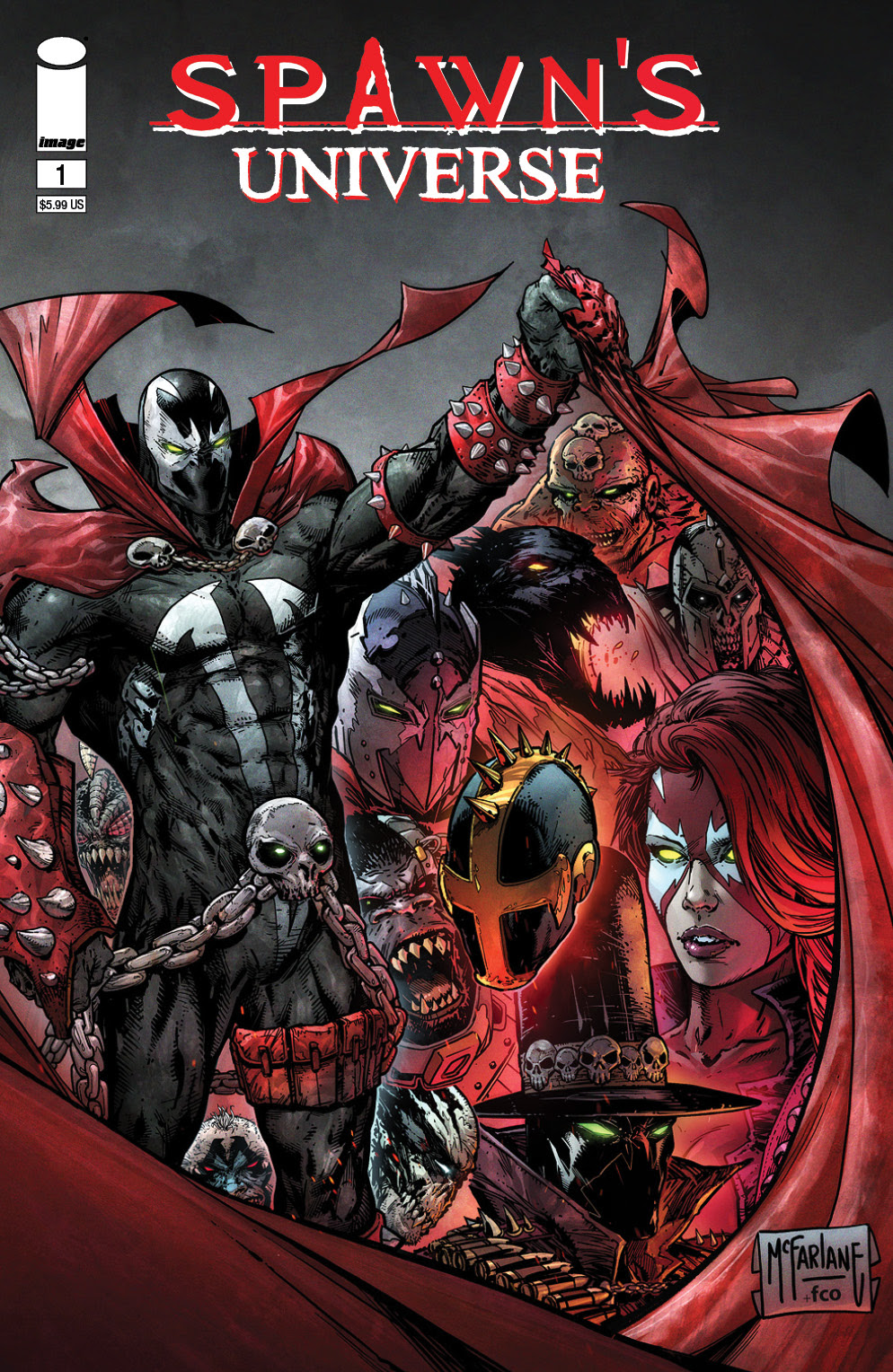 The Spawn creator then went on to detail that he wants this new film to be “relevant today” specifically in terms of its social content.

McFarlane explained, “We saw that movie, that movie came out 20+ years ago from New Line. So what haven’t we seen that would be interesting and relevant today, both in terms of filmmaking and social content.” 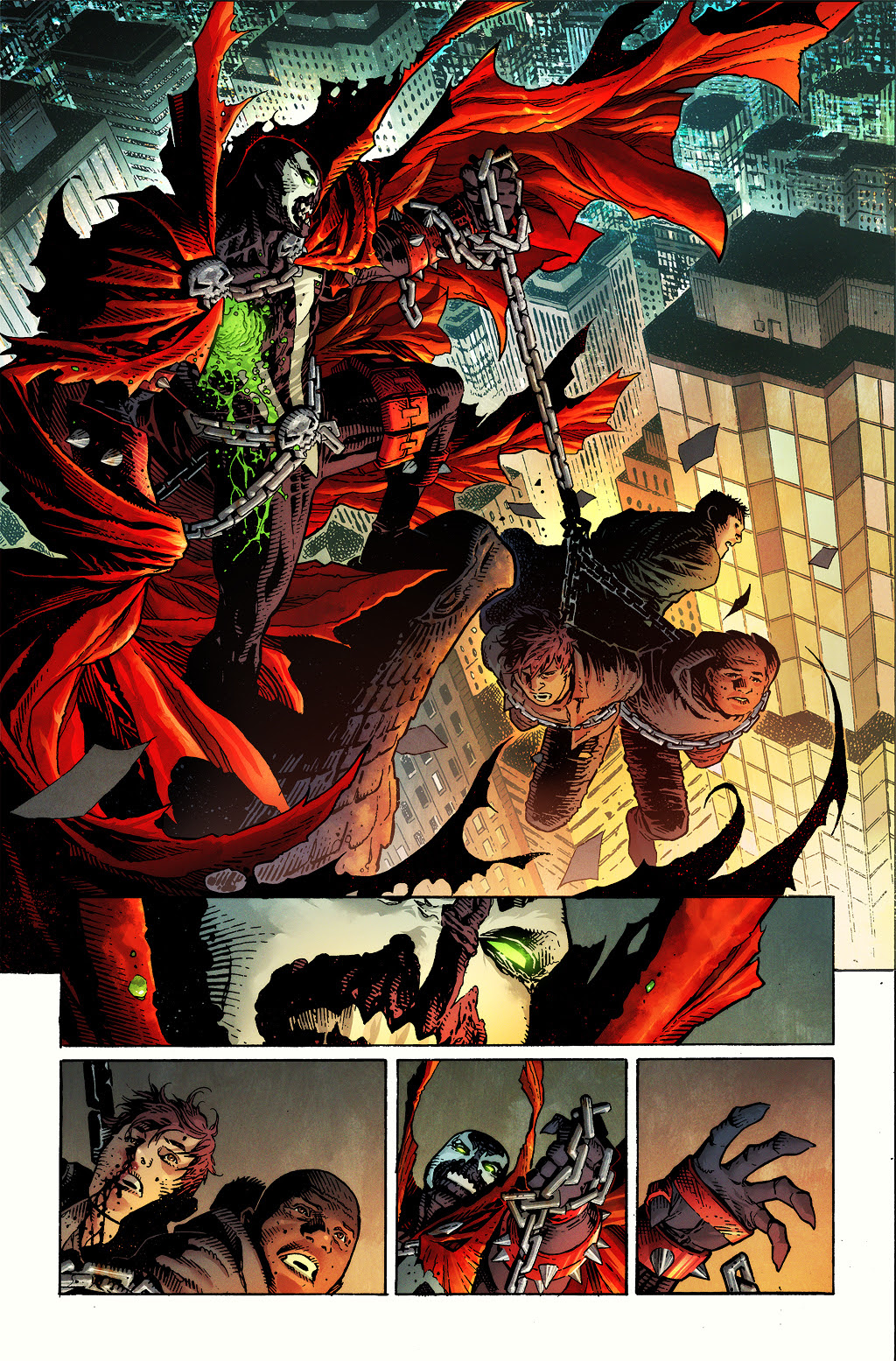 What’s funny about McFarlane’s comments here is that he shoots down the idea of doing Spawn’s origin for this upcoming film because it’s already been done, but in the next sentence he’s calling for a movie that will be “relevant today, both in terms of filmmaking and social content.” Not sure if Todd realizes this, but that’s been done to the umpteenth time as well.

We’ve already seen it. And moviegoing audiences are not interested in seeing more. Just look at Terminator: Dark Fate and Charlie’s Angels or any of the other films and TV shows that embrace woke culture. 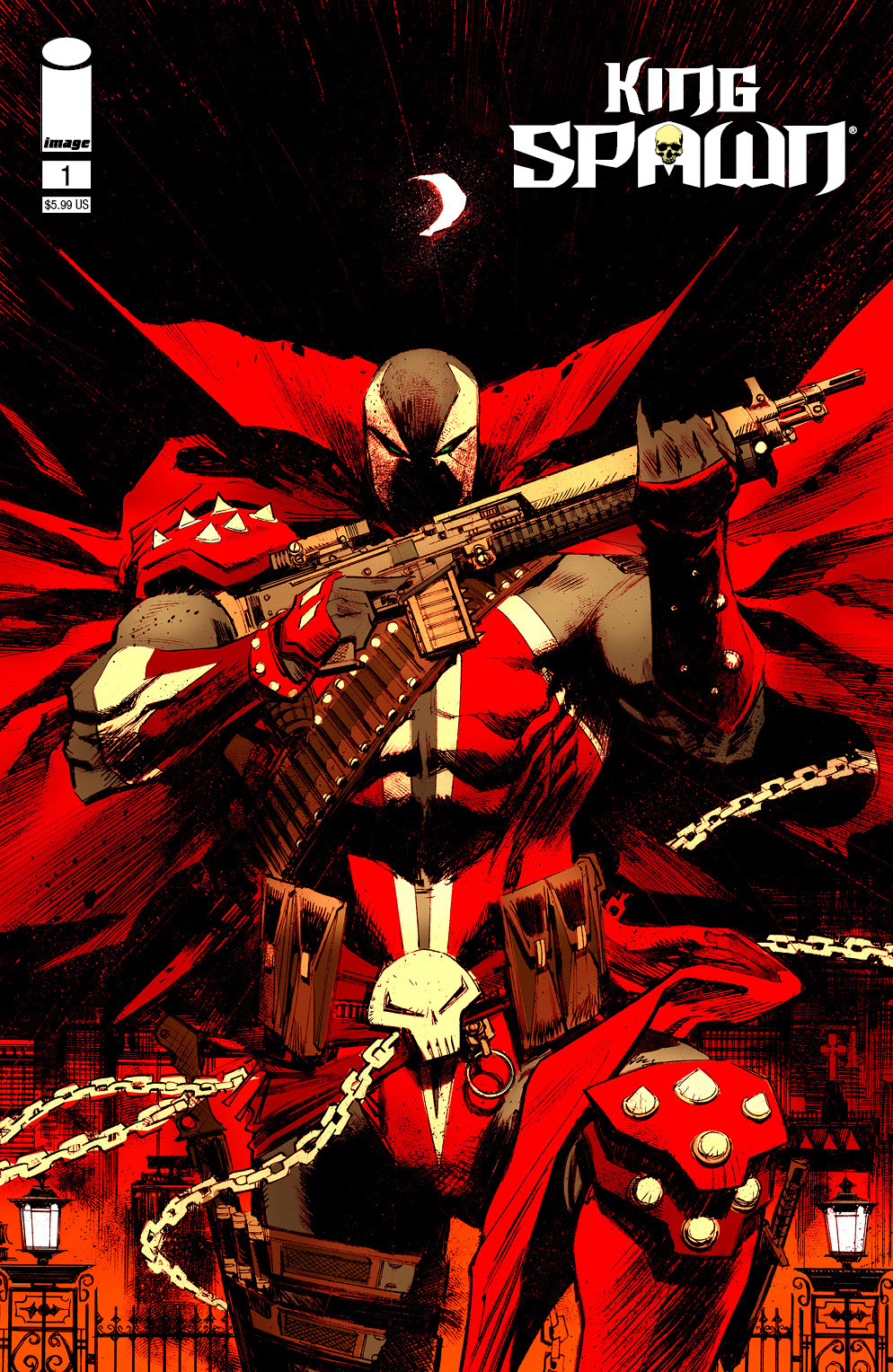 Moviegoing audiences do not want to see films that have social content that is “relevant today.” We want messages that are timeless. If you choose relevant today over timeless, no one remembers your movie the second they are out of the theaters. In contrast, timeless messages are still with us. 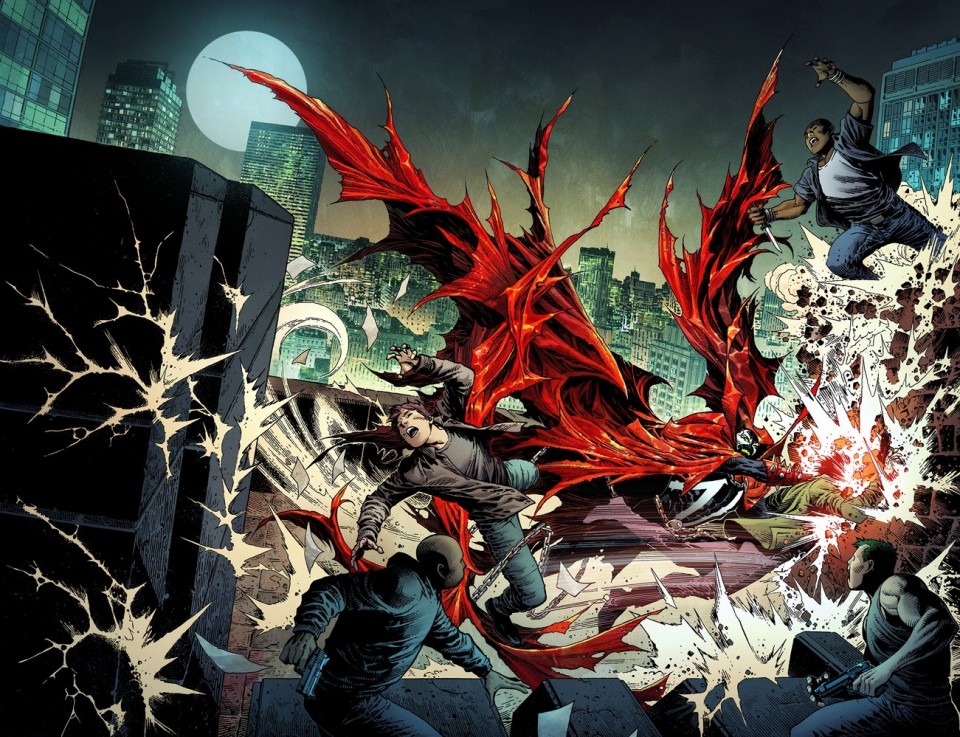 McFarlane’s comments come as Image Comics announced the recently released Gunslinger Spawn #1 “became the biggest launch of a new superhero monthly title in the comic industry in the past 25 years with the first printing of 393,000 copies.”

Image specifically noted that the first issue sales of Gunslinger Spawn beat Marvel’s Spider-Gwen that launched in 2015. According to Comichron, Spider-Gwen shipped 254,074 copies when its first issue debuted in February 2015. 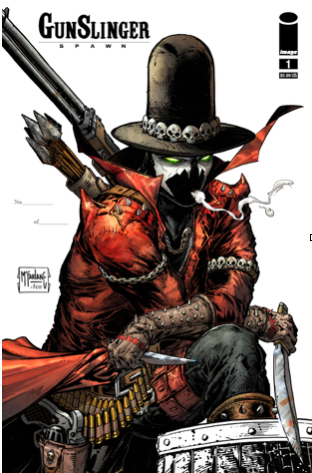 McFarlane isn’t embracing topics that would be relevant today in terms of social content. He’s literally breaking records with a character from the Old West.

Here’s the official description for the first issue, “Introducing the launch of the second new monthly title spinning out of the SPAWN UNIVERSE, with one of the most popular characters in the entire SPAWN mythology! This book contains three separate GUNSLINGER stories, each taking a look at his journey through time—from the wild, wild west to the 21st century. Will his 200-year-old past come back to haunt him as he navigates the strange world of 2021? Get ready for the past and present to collide in this new ongoing title!” 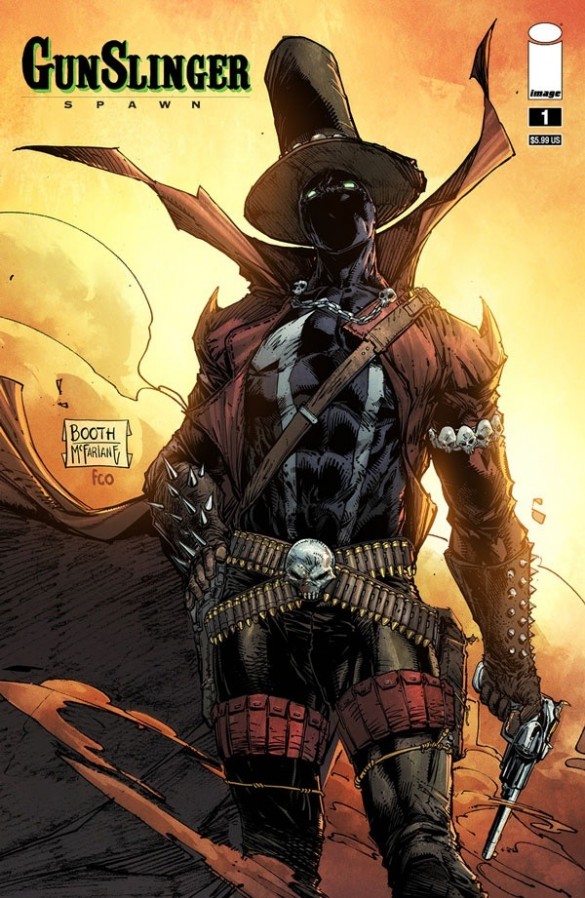 What do you make of McFarlane’s comments about the upcoming Spawn film?