A new report claims that Black Panther actress Letitia Wright fired her U.S. public relations team after she expressed skepticism of Covid-19 vaccines back in December 2020.

As a refresher, back in December 2020, Wright took to Twitter where she shared a YouTube video from the On The Table, where the channel’s hosts, Tomi and Tobi Arayomi, expressed concern towards the Covid-19 vaccines.

While the video was removed from YouTube, a clip was posted to the Rig Nation Instagram page where Tomi Arayomi takes issue with the possible use of the chemical luciferase being used in Covid-19 vaccines.

Wright would receive significant backlash for sharing the YouTube video, but she was unfazed.

She tweeted, “if you don’t conform to popular opinions. but ask questions and think for yourself….you get cancelled.”

One individual responded to this and wrote, “Advocating dangerous ideas is the not same as thinking for yourself. You have platform and voice that reaches many and what you do with it matters. So incredibly disappointed. What a f***ing letdown you are.”

Wright responded, “His main point is what is in it and is it safe for our bodies to take. I took that point from it. If it disappoints you that I would simply ask this. Then my bad.” 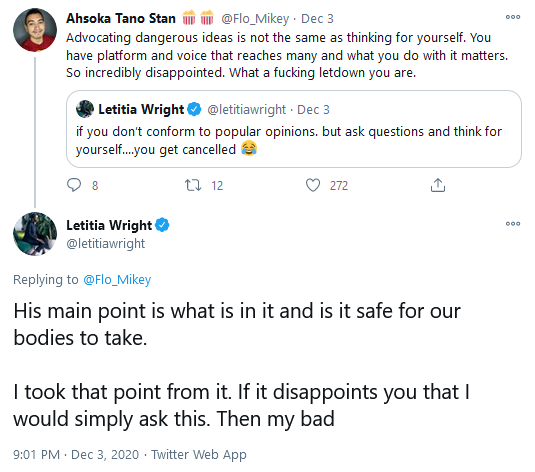 Wright would eventually issue a statement following the backlash.

She wrote on Twitter, “my intention was not to hurt anyone, my ONLY intention of posting the video was it raised my concerns with what the vaccine contains and what we are putting in our bodies. Nothing else.” 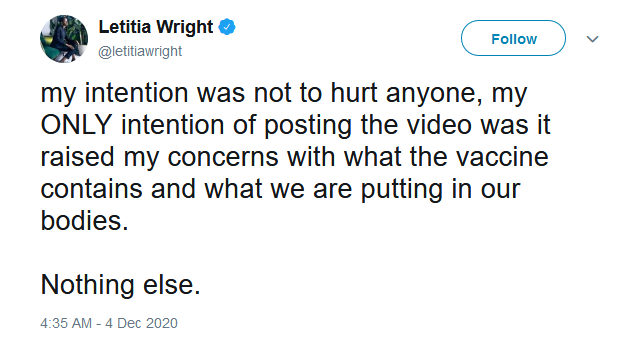 The THR reports state, “The British actress quietly parted ways with her entire U.S. team of representatives in the wake of a backlash over posting a controversial anti-vaccine video in December.” 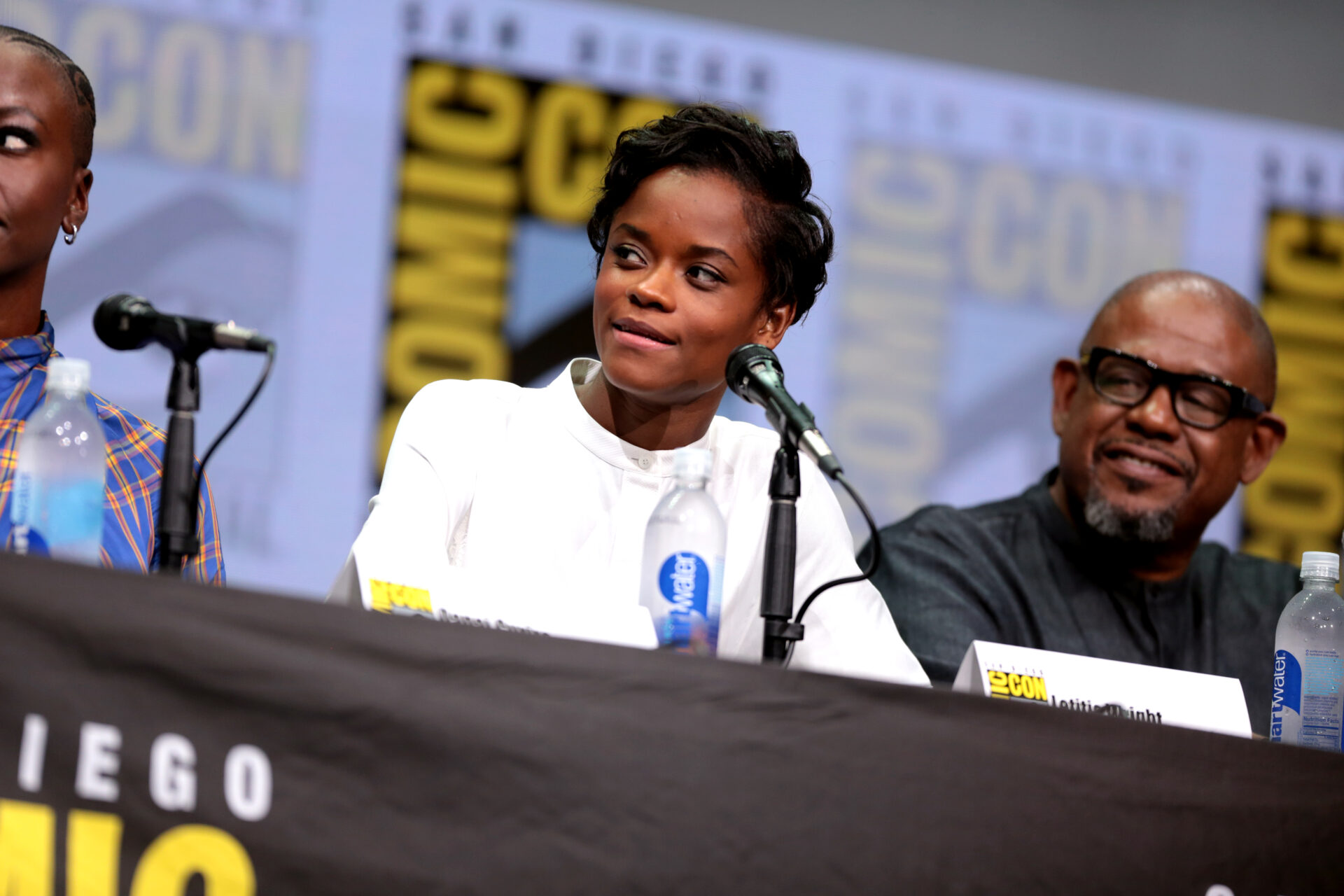 Not only does THR claim Wright fired her PR team following the backlash, but they note that while filming Black Panther: Wakanda Forever in Atlanta, Wright is still expressing skepticism about the vaccine.

THR states, “In Wright’s case, a set source says she has espoused similar views about the COVID-19 vaccines on the Atlanta production.”

What do you make of the fact that Wright canned her entire PR team after facing social media backlash for questioning the Covid-19 vaccines?