Dutch director of RoboCop and Starship Troopers Paul Verhoeven has always been a stridently subversive filmmaker and voice on the scene, but his newest picture, yet to be released, is crossing the biggest line of his career with religious people. 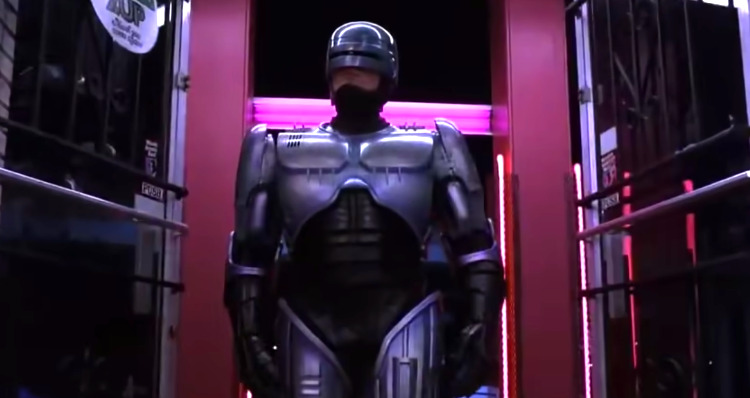 Benedetta, based liberally on a book called Immodest Acts that supposedly details the life of a lesbian nun in Renaissance times, depicts a nun using a statue of the Virgin Mary as a sex toy, making out with a vision of Jesus, and voyeurism on the part of other religious women.

By Verhoeven’s own admission, this scene is something he did that departs heavily from the book he allegedly used as inspiration. “The use of sex toys does not appear in the book I based the movie off of, so why did we include it? To intensify the drama,” he said to The Jerusalem Post.

He added, ” I wanted one of the characters to take the focus. But in those days, a lesbian affair was the cause merely for punishment, not execution. The use of a sex toy, on the other hand, was cause for being burned at the stake.”

He would additionally imply to People.com that it’s only natural and expected he would take liberties. “I mean, of course, we changed a little bit,” he said. 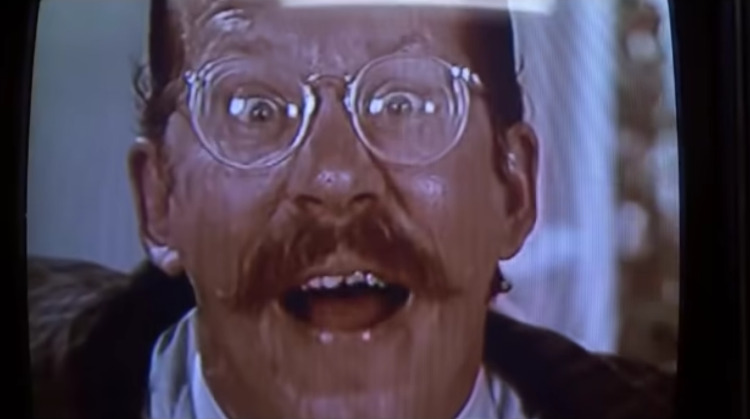 Related: Petition Calls For Removal of Y: The Last Man Episode From Hulu Over Complaints Of Sacrilege

Unfortunately for him, many reviews and appalled, mostly Catholic, onlookers don’t see Verhoeven’s intention as changing things just a little to “intensify” drama. They conclude he is engaging in “blasphemy” and “tawdry nunsploitation,” pure and simple.

Peter Debruge wrote for Variety that Verhoeven “intends to offend” and satisfies “the most basic definition of pornography,” while adding the director considers Benedetta a “masterpiece.”

The Observer called it “smart smut” and a “lurid period-piece look at Sapphic lust” through the lens of an “anti-Catholic screed.” 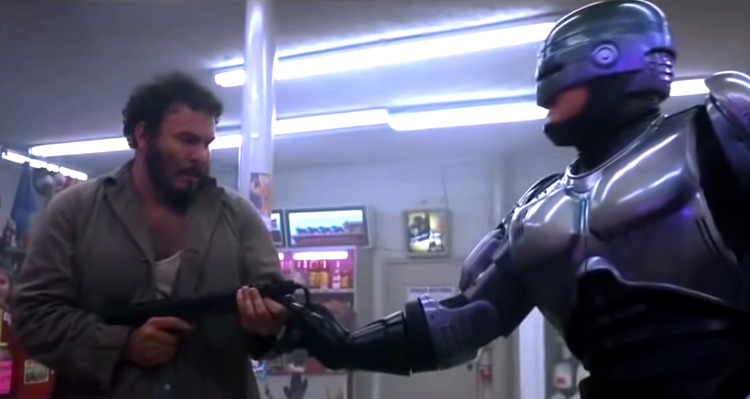 IndieWire adds that Verhoeven deliberately “presents ‘a generally blasphemous…attitude toward the dogmas of the Catholic Church.’”

The New York Times said the film is a “delicious, sacrilegious provocation from Paul Verhoeven,” while The Jerusalem Post’s coverage observed, “Benedetta…is full of violence and sex – the usual for Verhoeven.”

When it came to the studio insiders’ perspective, an unnamed Hollywood producer reached out to the Daily Mail and shrugged, “Sure it’s controversial, but sex sells,” and they are trying to get people back in the theaters post-COVID. “What better than a bit of titillating nunsploitation?” 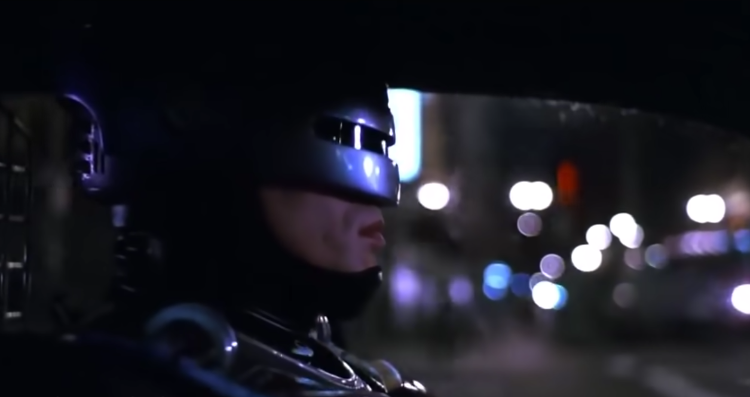 The Daily Mail continued, “Verhoeven’s film follows in a long tradition of Hollywood using forbidden lust in the cloisters to titillate audiences.”

Another source in Hollywood told the Mail, “You only have to look at the trailer for Benedetta. There’s a graphic sex scene, nudity, flogging, titillation,” adding, “This is Basic Instinct with wimples and crucifixes,” a reference to Verhoeven’s 1992 thriller starring Michael Douglas and Sharon Stone – noteworthy for its envelope-pushing.

Catholic groups The American TFP and America Needs Fatima, leading the charge against Benedetta and Verhoeven, are raising awareness about the film, its content, and its perverse un-Christian slant.

ANF created a petition protesting it and the distributor, IFC Films, while also detailing the graphic content and setting the record straight on the movie and the book Immodest Acts’ “sophistry.”

Representatives of the organization also took the streets in New York to hold a prayer rally outside Lincoln Center where the picture was screening. As they prayed, they approached people in line to see it who had no idea what it was about.

TFP also noted that “[Verhoeven] has an anti-Catholic agenda. He is a member of an association called Jesus Seminar, which does not accept the divinity of Our Lord but considers Christ to be a simple, revolutionary man.”

Verhoeven has also stated in the past his view that the Bible and the Gospel are mythological and routinely professes his atheism, often to excess. A collaboration with Arnold Schwarzenegger about the Crusades infamously fell apart after Verhoeven couldn’t stop ranting about nonbelief and God during a meeting with producers.

You can find the whole story on that in the video down below.

As far as the story behind Benedetta is concerned, the book it’s based on – proclaimed nonfiction – used “short transcripts, letters and summaries of documents no longer extant,” according to an Encyclopedia.com entry, to document its accounts.

The nun referred to by the film’s title is Sister Benedetta Carlini, Abbess of the Theatine convent in Pescia. “The documents concerning Sister Benedetta consisted mostly of transcripts of a series of inquests, carried on between 1619 and 1623,” said the NYT’s review.

The inquests intended “to determine whether the nun…was a true divine visionary or the victim of a ‘diabolical obsession.’” Carlini may have also been the victim of a conspiracy as “interviews document the dissatisfaction of the abbey’s nuns, who…wished to unseat Carlini.”

It was the other nuns’ testimony that held “Carlini had not only faked her stigmata and flirted with a priest, but engaged in a same-sex relationship with Bartolomea Crivelli, another nun.”

The whole affair was quietly settled without charges except one of possession and Carlini agreeing to her removal as the abbess. She had admitted “she was under the influence of the devil” but only in the instances of trances, faking stigmata, and a faux public marriage ceremony to Jesus.

She never admitted to engaging in any sexual acts and died of illness at age 71 in 1661, reportedly as an “obedient” and “penitent” nun under a new abbess and after a 35-year prison sentence, according to the website Monstrous Regiment of Women. 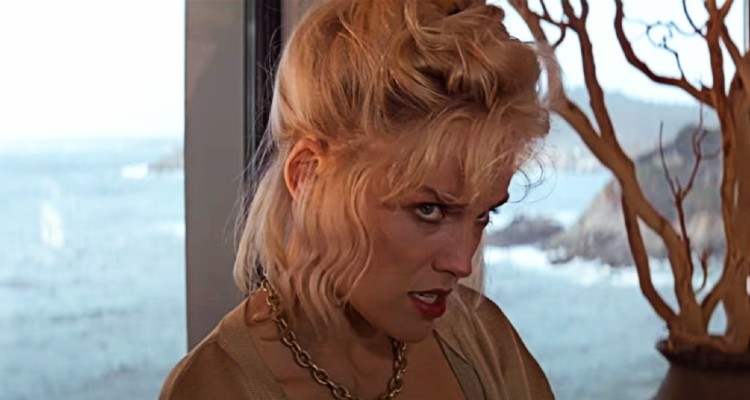 Despite its specious, disputable source material and Verhoeven’s obvious aim to shock, Benedetta is set to release in December around Christmas.