In support of her claims of mistreatment and abuse on the set of DC’s flailing The CW series, former Batwoman star Ruby Rose recently made public a number of emails and text messages that show just how unhappy she was working on the show. 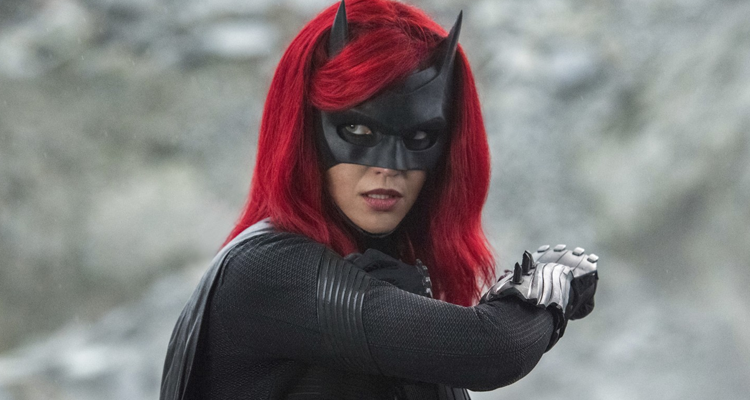 Rose shared these correspondences with friends and cast members in an Instagram story alongside some added commentary given to further illustrate the points of her allegations.

The first screenshot she shared was of a February 2020 email to a woman named Carol, who is believed to be Rose’s manager, in which Rose confessed she is “about done” with the show due to the on-set atmosphere, an apparent investigation, and her now infamous neck surgery.

“I won’t take crumbs,” wrote Rose. “Do better, use this as a way to change the industry and the world. But keep up the smear campaign because it only fires me up to continue this when that’s the last thing I wanted.” 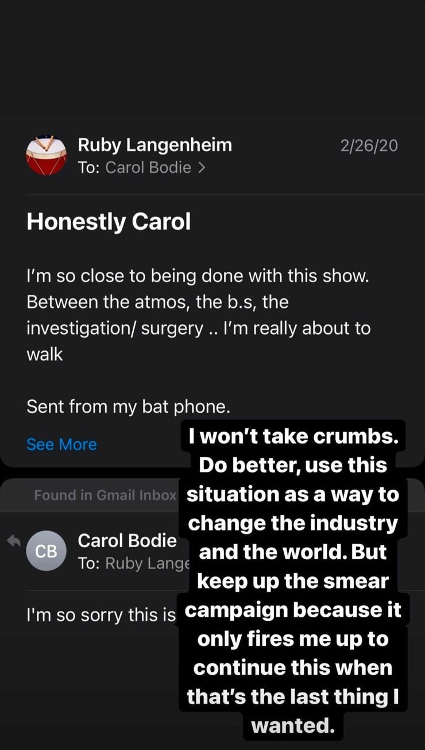 In the next entry into her story, Rose says that she was forced to shoot cover photos 6 days after her neck surgery.

She added the emails related to these shoots are “heartbreaking” but revealing, though she did not provide any for her followers to peruse. 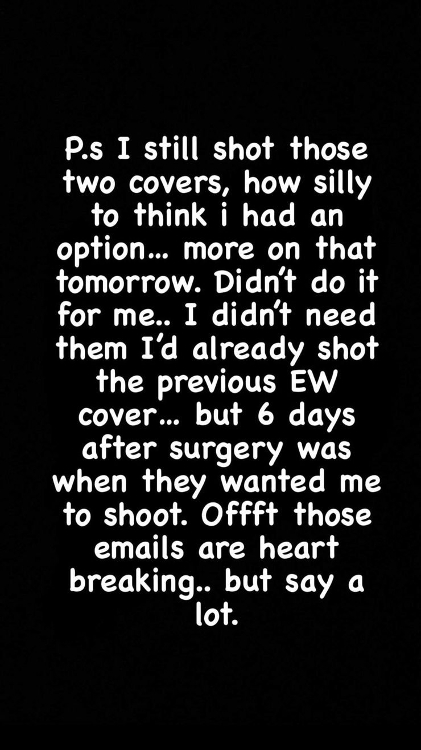 Next was a screen grab of a text exchange with an individual entered into her phone simply as “Cam” – who might be fellow Batwoman actor Camrus Johnson – in which Rose talked more about the photoshoots and the surgery while also showing off her bandaged scar.

“As I ws reading [the part about you needing to shoot two covers] I went ‘Oh nah’ out loud so I’m glad you turned them down for now,” wrote Cam, seemingly on the actresses’ side in this exchange. “That crap would’ve sucked. Exactly right, heal up the right wayyyy and you’ll be back to playing in no time. Dope.” 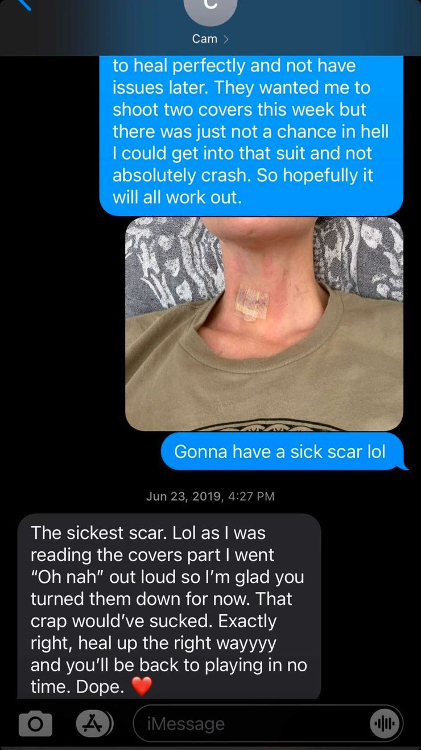 Rose then shared part of a conversation between her and a person identified only as “Rachel Batwoman” – a possible sobriquet for co-star Rachel Skarsten – concerning the oft-mentioned injured production assistant Elise, whom the actress claims she urged to seek treatment.

In the email, ‘Rachel’ explains that “Elise kept trying to get her to get help and she wouldn’t it was bad,” adding that Batwoman showrunner Caroline Dries sent her an email that “I haven’t responded [to] yet because I feel like I need to really say my peace.”

“This is awful,” the individual concluded. In a caption affixed to the screenshot, Rose further explained, “Elise was an actual PA, the person in that article” – presumably former PA Alexander J. Baxter, who recently made headlines after calling Rose a “dictator” in response to her accusations – “isn’t on one call sheet I checked 3 months worth.” 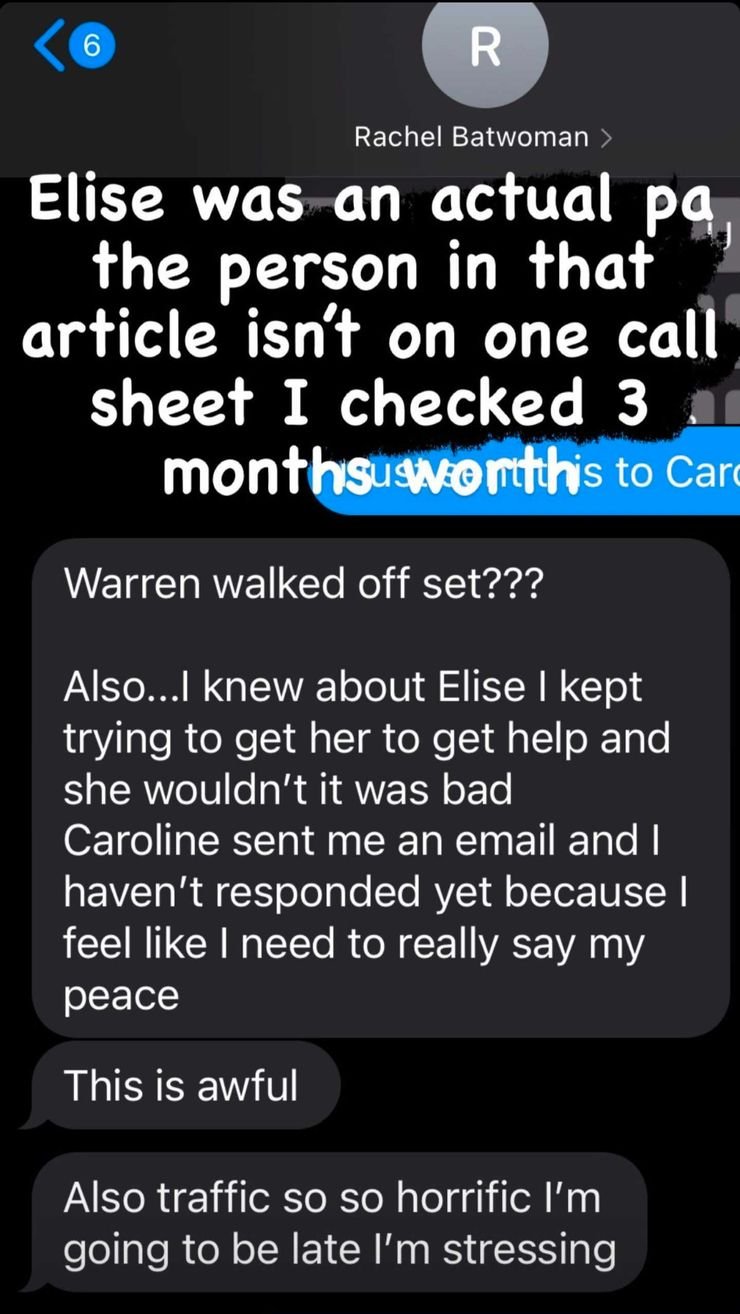 While both Rachel and Dries conceded, as did Rose did in a subsequent email, that the crew was working day and night while people were getting badly hurt, the big concern on everyone’s mind, including Caroline Dries, was apparently a no-yelling clause.

In a message sent to Rose, Dries claims to be appalled by the on-set verbal abuse, though Rose does accuse the showrunner of off-loading the concern “to a director who wasn’t even directing that episode”. 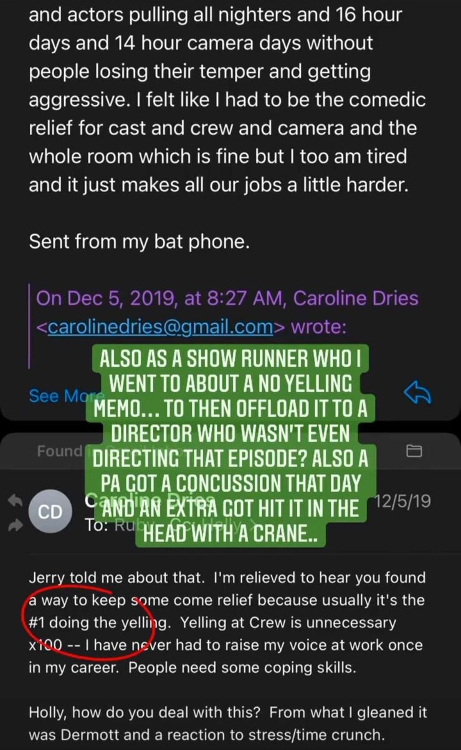 The next image showed a continuation of the no-yelling clause discussion, with Rose requesting “a no yelling role,” in an effort “to keep the love and patience up. The morale up.” 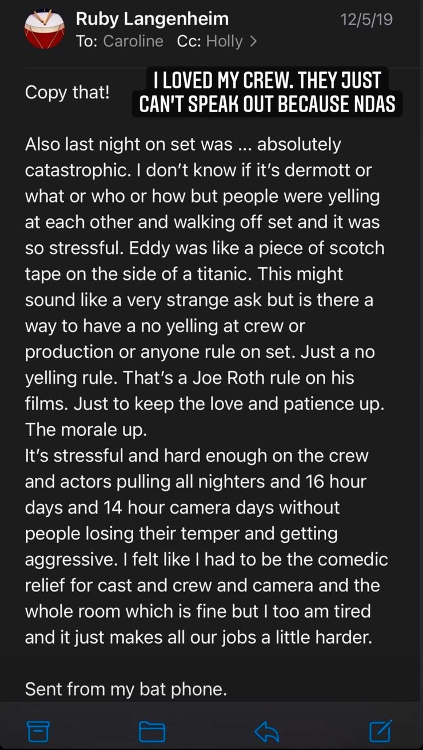 As she continued in her Instagram story, Rose also accused Dries of being an inauthentic LGBT activist and trying to “monetize gays” in order to “‘make people feel included'”. Rose also intimated she has emails testifying to this bombshell as fact. 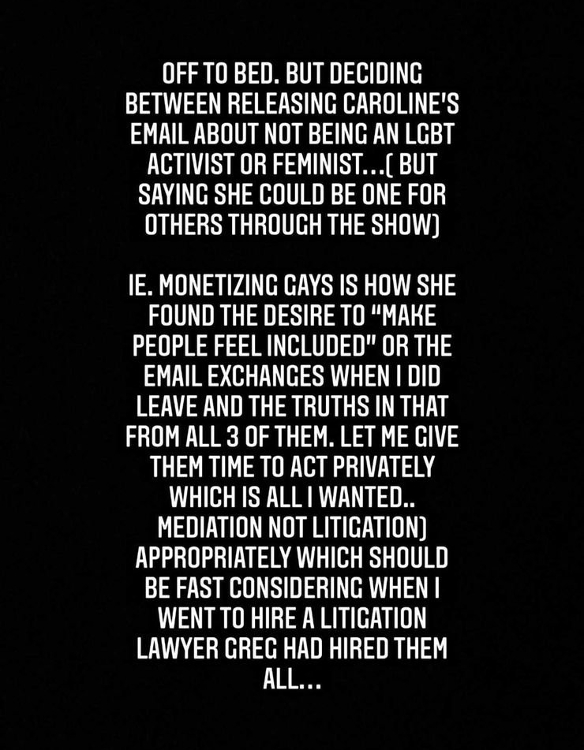 At the same time, she also her sights on Batwoman executive producer Greg Berlanti for being, in her view, two-faced.

In an email sent from Berlanti to Rose, the former can be seen showering glowing praise on the actress, despite his accused questioning of her work ethic following her injury. Though Rose noted that she still wants “to believe [Berlanti] has a human side,” she added that there is a report “way too intense” for release that presumably proves otherwise. 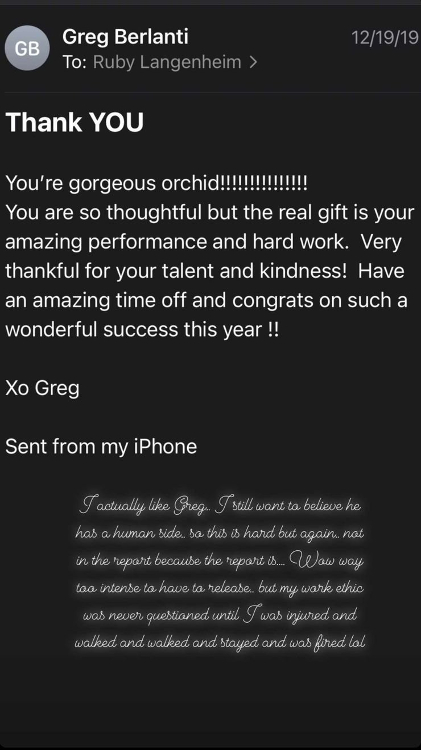 Again hinting at the existence of a report that may deal with investigations into on-set accidents and injuries, Rose reminded the Batwoman production team both that she was “still here” and that they still had “an opportunity to change things.” 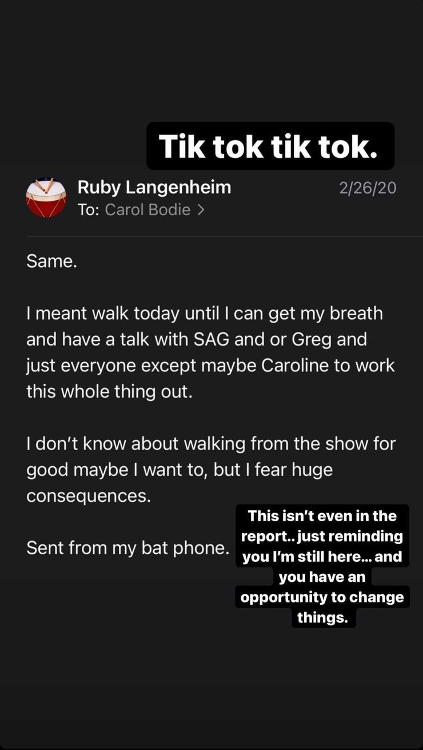 A number of her one-time co-stars and Warner Bros. Television representatives have all refuted Rose’s claims, but much like Ray Fisher, she shows no sign of going away or staying silent.

What do you make of Rose’s latest entry in the saga of her ongoing battle with The CW over the alleged failings of the Batwoman’s production? Let us know your thoughts on social media or in the comments down below!