Alongside news of their live-action Yu Yu Hakusho and Mobile Suit Gundam adaptations, Netflix has also announced the upcoming addition of a number of new series – and the return of several others – as part of their plans to expand their ever-growing library of anime offerings. 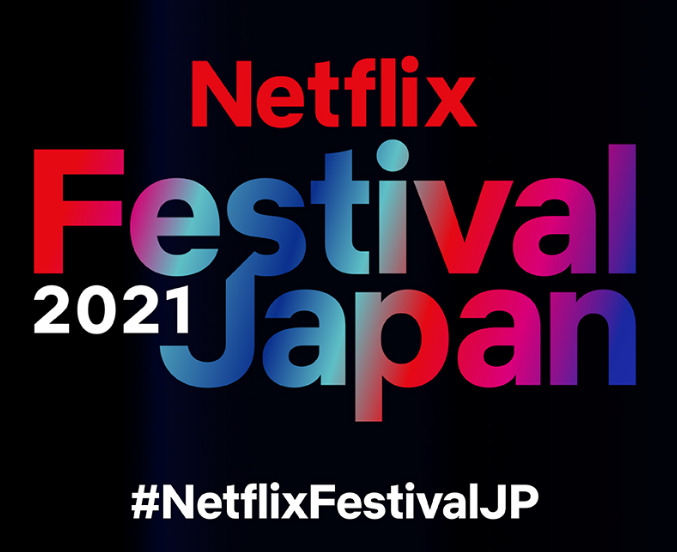 Revealed by Netflix on November 9th during their Netflix Festival Japan 2021 digital event, the mountain of new information provided by the streaming giant detailed their plans for both previously announced titles, such as JoJo’s Bizarre Adventure: Part 6 – Stone Ocean and the second season of Ultraman, as well as a number of newly-unveiled additions, including The Seven Deadly Sins: Grudge of Edinburgh and TIGER & BUNNY 2.

“Our next big bet is expanding feature films. Japan is home to extraordinary talent who shape the cinematic history of the world,” said Kaata Sakamoto, Netflix, Vice President, Content, Japan. “With creators as diverse as the ones we work with today, we’re excited to play a role in the history of great local talent finding their voices and delivering them to audiences everywhere”. 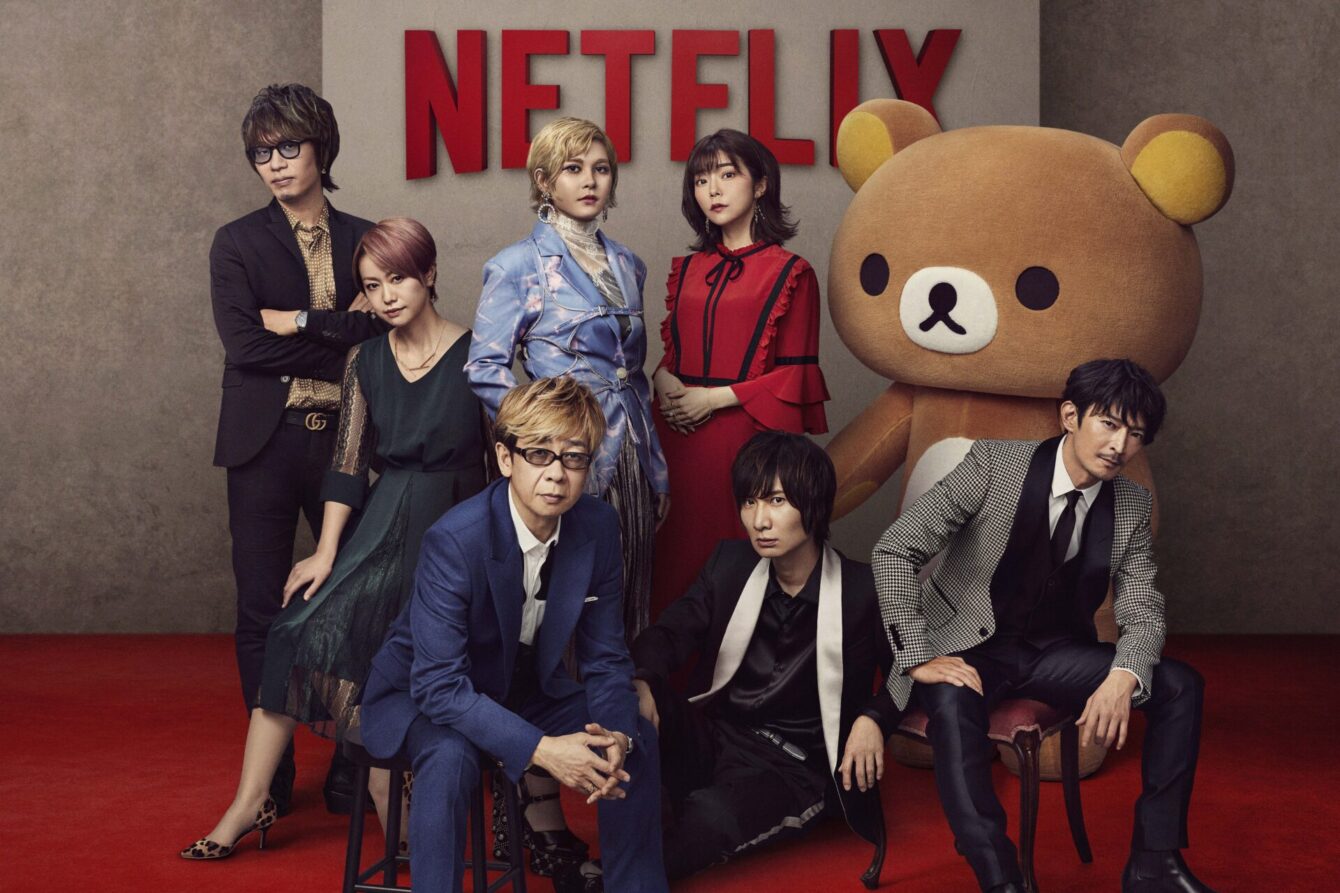 As revealed during the digital event, the streaming giant’s upcoming schedule of releases includes:

Florida, U.S.A, 2011 — After an accident while on a drive with her sweetheart, Jolyne Cujoh falls into a trap and is sentenced to fifteen years at the state-run maximum-security correctional facility Green Dolphin Street Prison—AKA “the Aquarium.” On the verge of despair, she receives a pendant from her father that causes a mysterious power to awaken inside of her. “There are things in this world that are more terrifying than death, and what’s happening in this prison is definitely one of them.” A message from a mysterious boy who appears before Jolyne, inexplicable events that occur one after another, the horrifying truth told to her by her father when he comes to visit, and the name DIO… Will Jolyne ultimately be set free from this stone ocean they call a prison? The final battle to end the century-long, fateful confrontations between the Joestar family and DIO begins!

Designer of the Stand: Shunichi Ishimoto 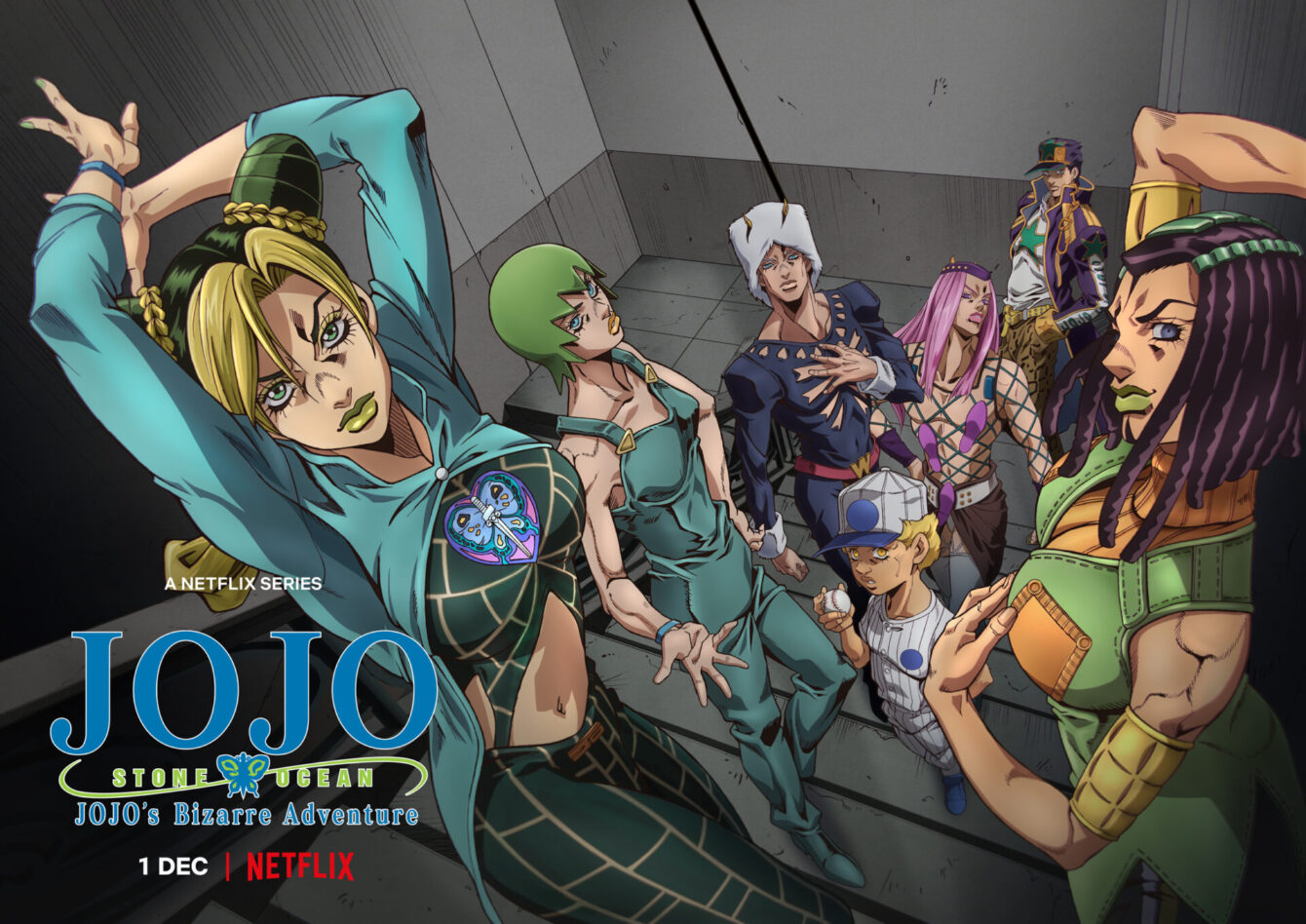 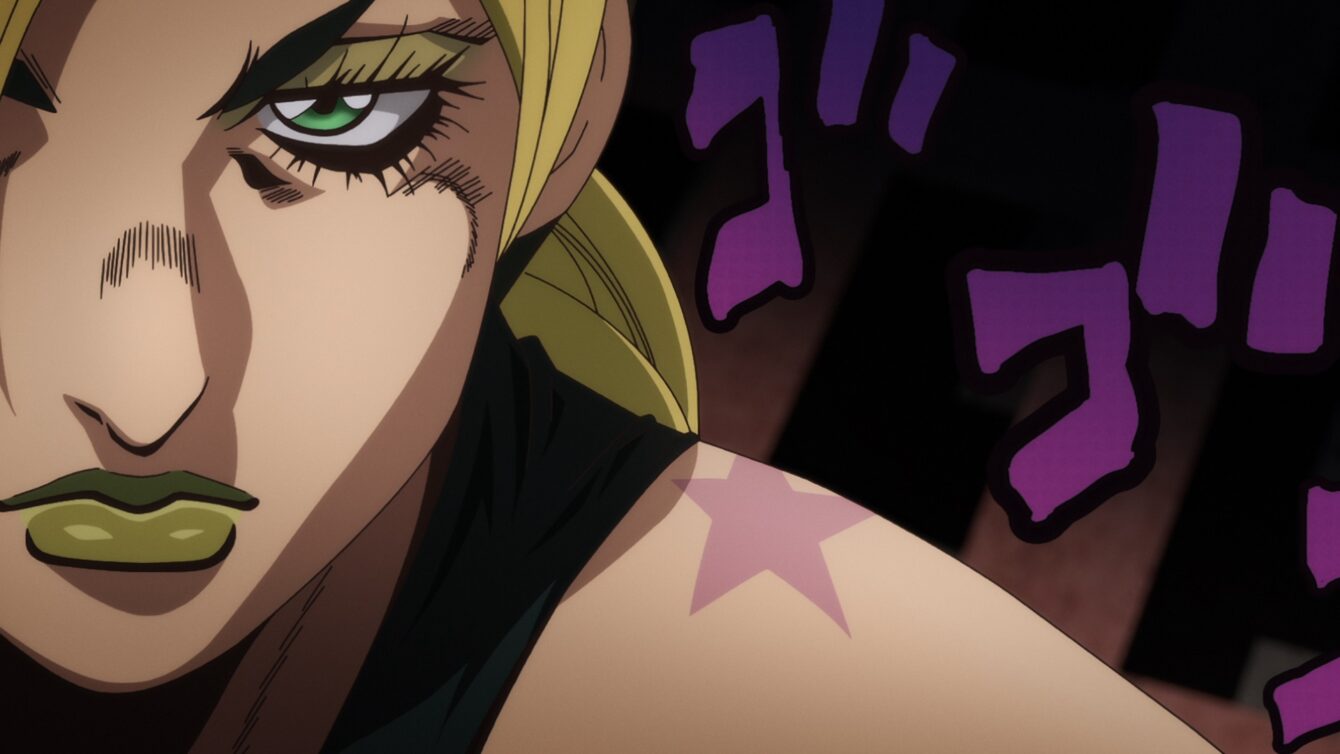 With over 37 million copies sold and winning in the children’s category of the 39th Kodansha Manga Award, the mega-hit The Seven Deadly Sins (original work: Nakaba Suzuki) is receiving a spin-off anime film. This film will feature an original story by Suzuki. Split into two parts, the story will follow Tristan, the son of The Seven Deadly Sins protagonists Meliodas and Elizabeth. Tristan inherits the power of the Goddess Clan and can heal people’s wounds and injuries, but he often ends up hurting others due to his inability to control his Demon Clan power. To protect his family, Tristan heads to Edinburgh Castle and meets a host of new friends along the way.

This series tells the story of Mary Saotome’s gambling feats one year before Yumeko Jabami transferred to her school. The story begins with Mary Saotome, a normal girl, entering the academy. 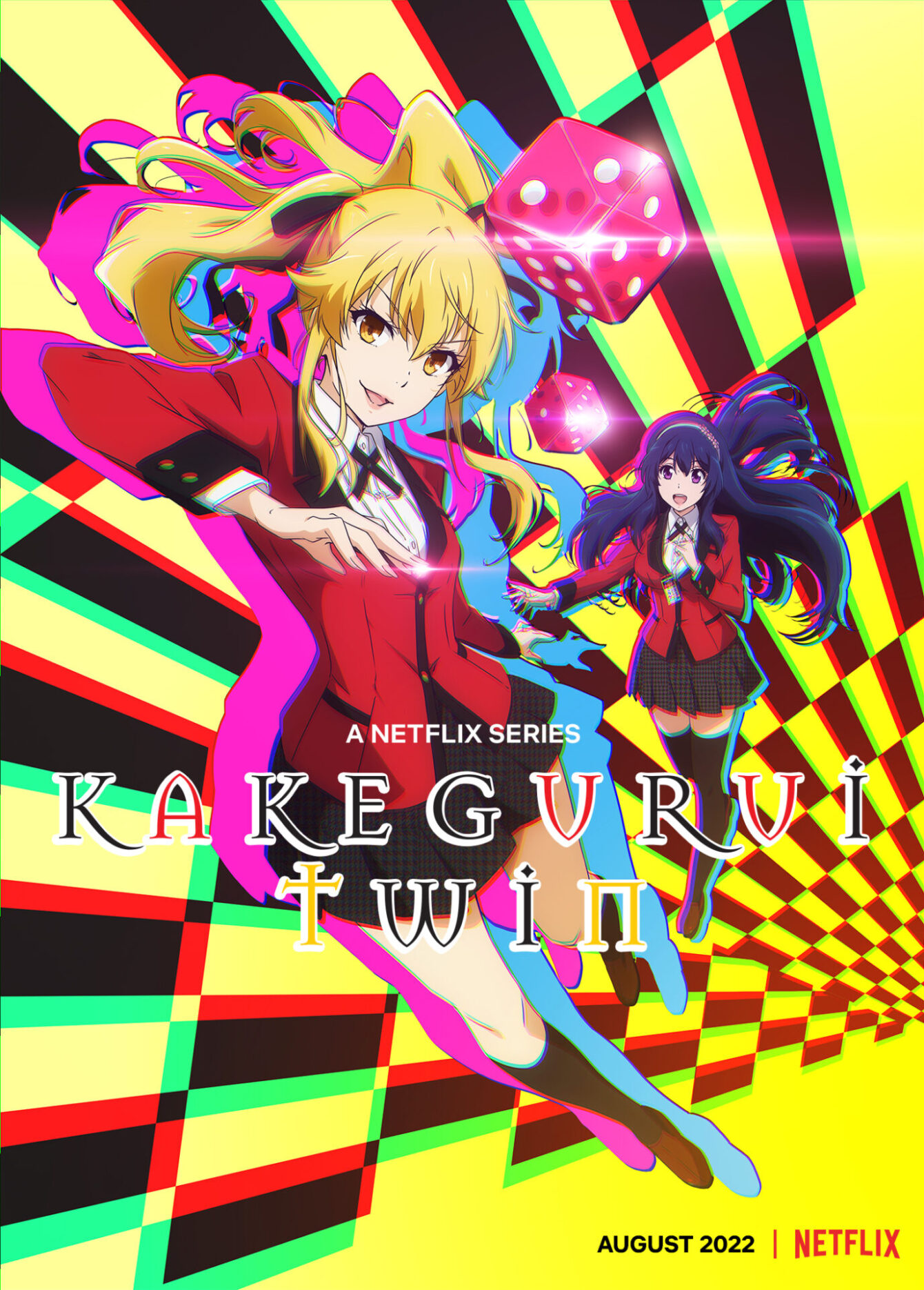 The story begins in the year 2045, when AI has advanced and anyone can travel into space. Children born on the moon and children from Earth who are on a trip to space meet at the Japanese-built Anshin space station. The series will consist of six episodes and will be distributed worldwide!

Lead Animator: Toshiyuki Inoue (Coil a Circle of Children, GHOST IN THE SHELL) 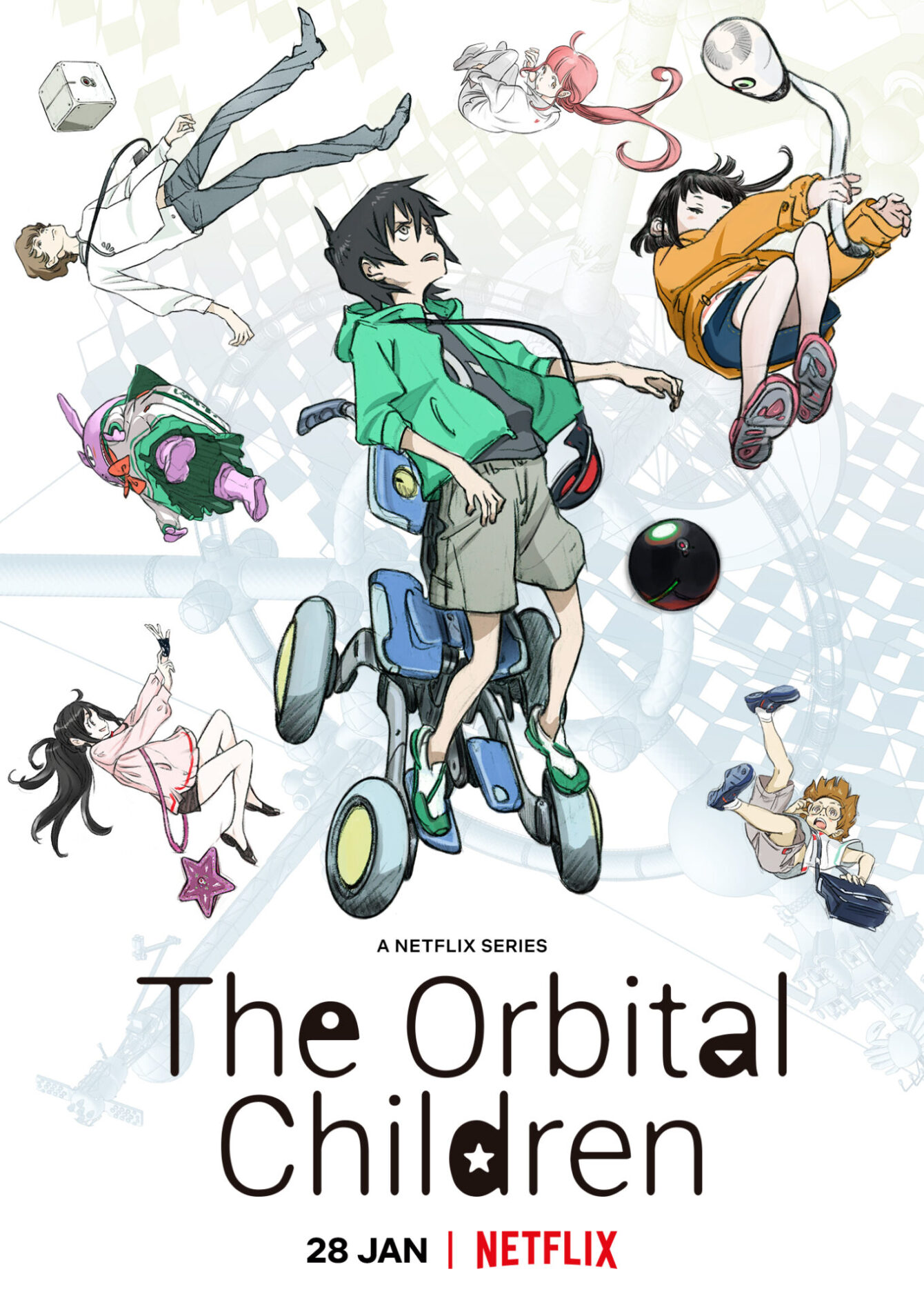 In Sternbild City, people of all races and ethnicities live alongside humans with superhuman abilities called NEXT, who use their NEXT abilities to maintain peace. Heroes wear sponsor logos, help solve crimes and save people in order to improve the image of their companies and acquire hero points. Their activities are broadcast on the popular show “Hero TV,” where the heroes try to climb the annual rankings and aim to be the “King of Heroes.” Kotetsu T. Kaburagi and Barnaby Brooks Jr. continue their hero activities to boost the image of their company, Apollon Media, as well as maintain peace. The hero system that originated in Sternbild City has now been adopted in places around the world. As more and more heroes appear, a new hero enters Sternbild City. Now that they are more veteran heroes, will Kotetsu and Barnaby be able to live up to the expectations put on them?!

Developed, Produced, and based on the work of: BN Pictures 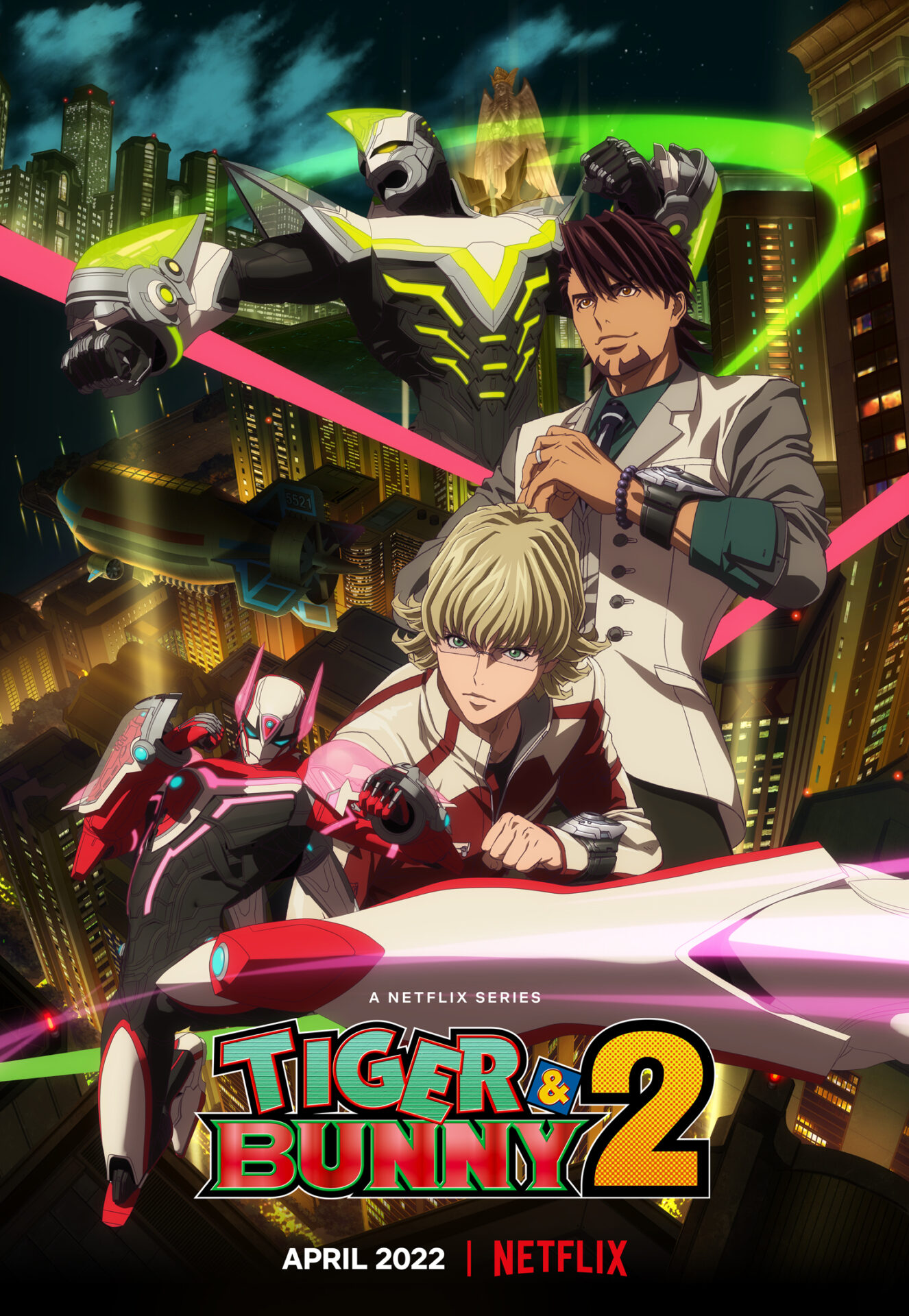 Detective Conan: The Culprit Hanazawa (Spin-off of the original manga by Gosho Aoyama, written and illustrated by Mayuko Kanba)

A town of crime, Beika Town. A mysterious Dark Shadow descends onto this town that ranks among the highest crime rates in the world. His (or her?) goal is to kill a “certain man.” That key player in Detective Conan is now a protagonist! Clad in tights and possessing a pure intellect, this person’s name is… the (pseudonymous) Culprit Hanazawa!

Sometimes he is the famed detective Kogoro Mori’s younger brother, Toru Amuro. Other times he is Rei Furuya, a police officer protecting Japan. Still other times he is Bourbon, a man clad in black. No one knows the private life of the man who wears three faces…or so it was thought. The simple everyday life of Toru Amuro, a man cloaked in light and shadow, is revealed here.

Frustrated with her thankless office job, Retsuko the Red Panda copes with her daily struggles by belting out death metal karaoke after work. After becoming an underground idol to pay off her debts, Retsuko decides to quit OTMGirls and enjoy living a happy, normal life… but just as the company she works for is facing big changes, her relationship with Haida finally begins to move.

Directed and screenplay by: Rarecho Animation

Ding-dong! There is a little boy standing at the door. He hands over a nice box of tissues as a gift and says, “My name is Sato, and I have just moved in to number 203. Pleased to make your acquaintance.” He is Kotaro Sato, and he has moved into Shimizu Apartments to live by himself. He is four years old. He makes his daily shopping trips alone with a toy sword strapped to his side. Both grown-up and childish at the same time, Kotaro starts to affect the people around him with his wise ways. This is the story of a four-year-old boy who is determined to live strong until the day he can live with his parents.

Staff: Based on the manga Kotaro Lives Alone (published by Shogakukan in Big Comic Superior) by Mami Tsumura

Vampire in the Garden

One cold winter, humanity lost its battle with the vampires, and with it, most of where they called home. A small population of survivors created a wall of light in a small town to protect them and give them a place to live in peace. The protagonist, Momo, lives a repressed life but still wishes to coexist with the enemy, the vampires. Fine, the vampire queen, once loved humans and disappeared from the battlefield. As war rages through the humans’ town, the two have a fateful encounter. Once upon a time, humans and vampires lived in harmony in a place called Paradise. This is the story of a young girl and a vampire on a journey to find Paradise. 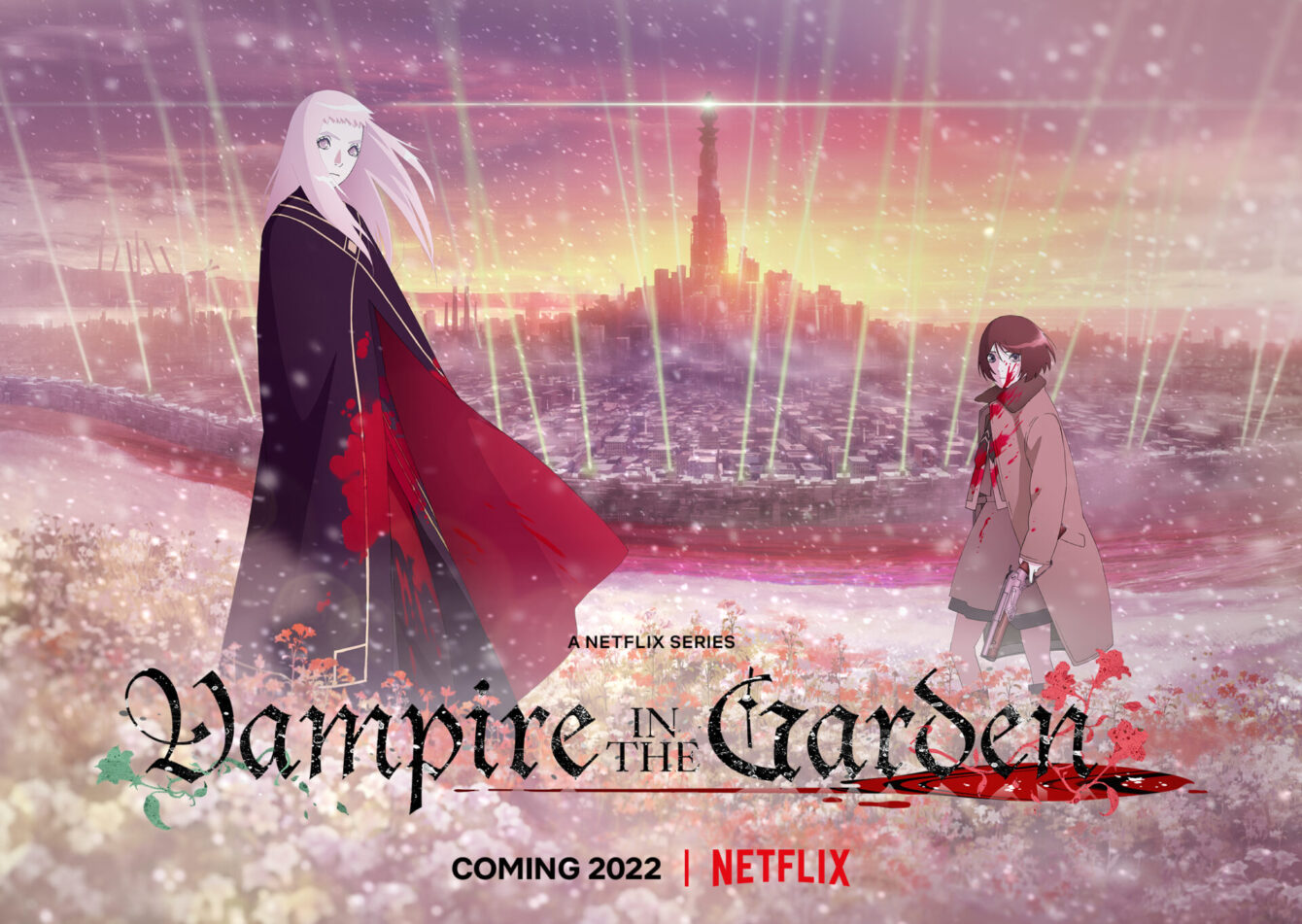 Several years have passed since the events of Ultraman, with the legendary “Giant of Light” (光の巨人 Hikari no Kyojin) now a memory, as it is believed he returned home after fighting the many giant aliens that invaded the Earth. Shin Hayata’s son Shinjiro seems to possess a strange ability, and it is this ability, along with his father’s revelation that he was Ultraman, that leads Shinjiro to battle the new aliens invading the Earth as the new Ultraman.

Based on a comic by: Tsuburaya Production, Eiichi Shimizu & Tomohiro Shimoguchi

Rilakkuma’s new animated series Rilakkuma’s Theme Park Adventure takes to the screen in 2022! This new stop-motion animation series is written by Makoto Ueda and Takashi Sumita of the theater troupe Europe Kikaku. This series is produced by Dwarf, directed by Masahito Kobayashi of the same studio, and produced by San-X. In addition to Kaoru (voiced by Mikako Tabe), who first appeared in Rilakkuma and Kaoru, Rilakkuma, Korilakkuma, and Kiiroitori go to play at a theme park that is about to close. There, they encounter many events and meet different people in this eight-episode series of 15-minute episodes depicting their active daily lives. 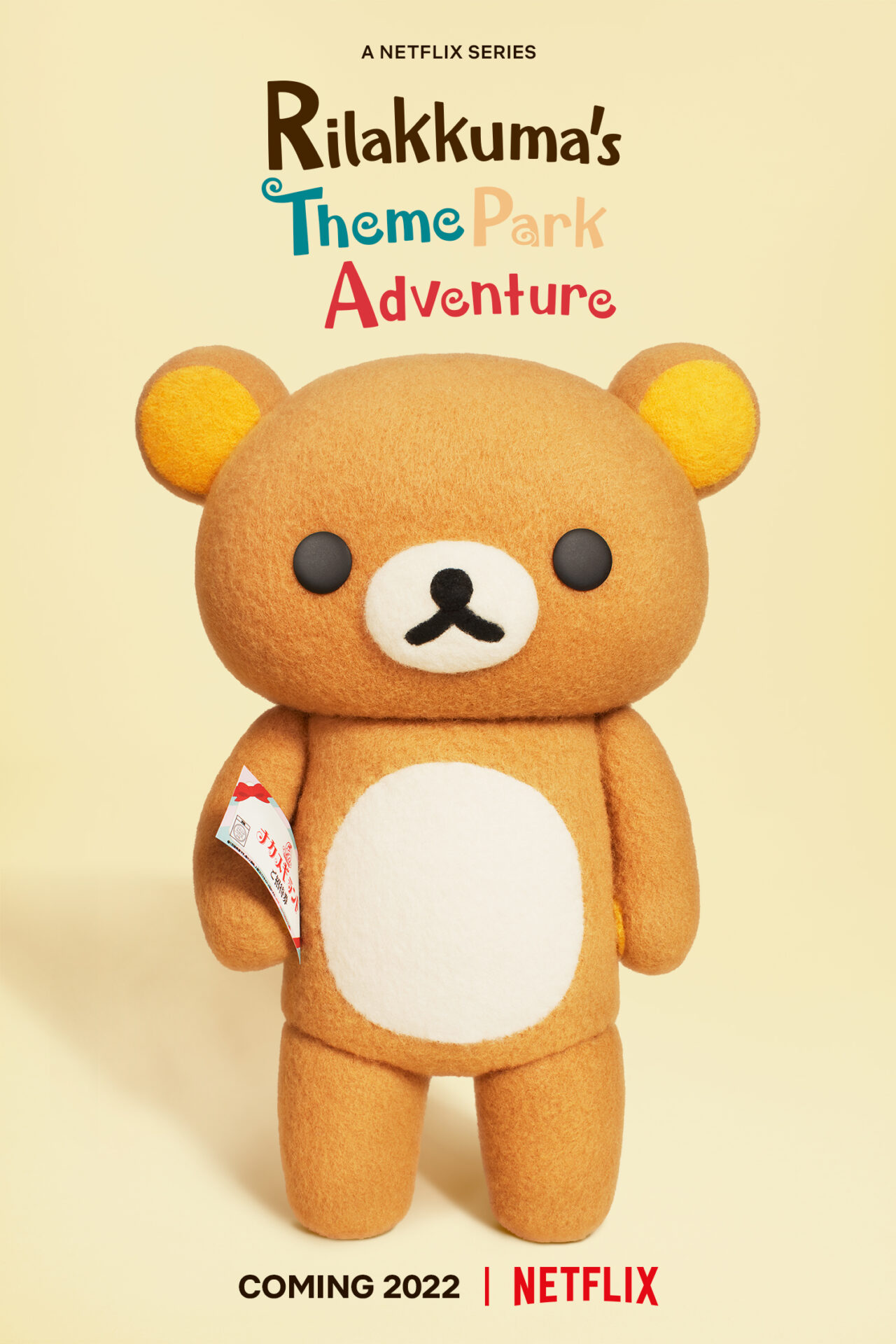 Are you excited for any of Netflix’s upcoming anime releases? Let us know your thoughts on social media or in the comments down below!