Red Notice is officially streaming on Netflix, where it currently sits in the Number 1 spot among America’s most watched projects.

This audience approval, but more so the mingling of such in-demand blockbuster leads as Gal Gadot, Ryan Reynolds, and Dwayne Johnson, even has said stars of the action-comedy buzzing – with tongues firmly in cheek, of course – that it might be the beginning of a working relationship that could break the barrier between the Marvel and DC cinematic universes.

Assuming that’s something the people want or care about, is the overt stoking of that flickering flame an indication of anything positive or worth giving the movie a recommendation? 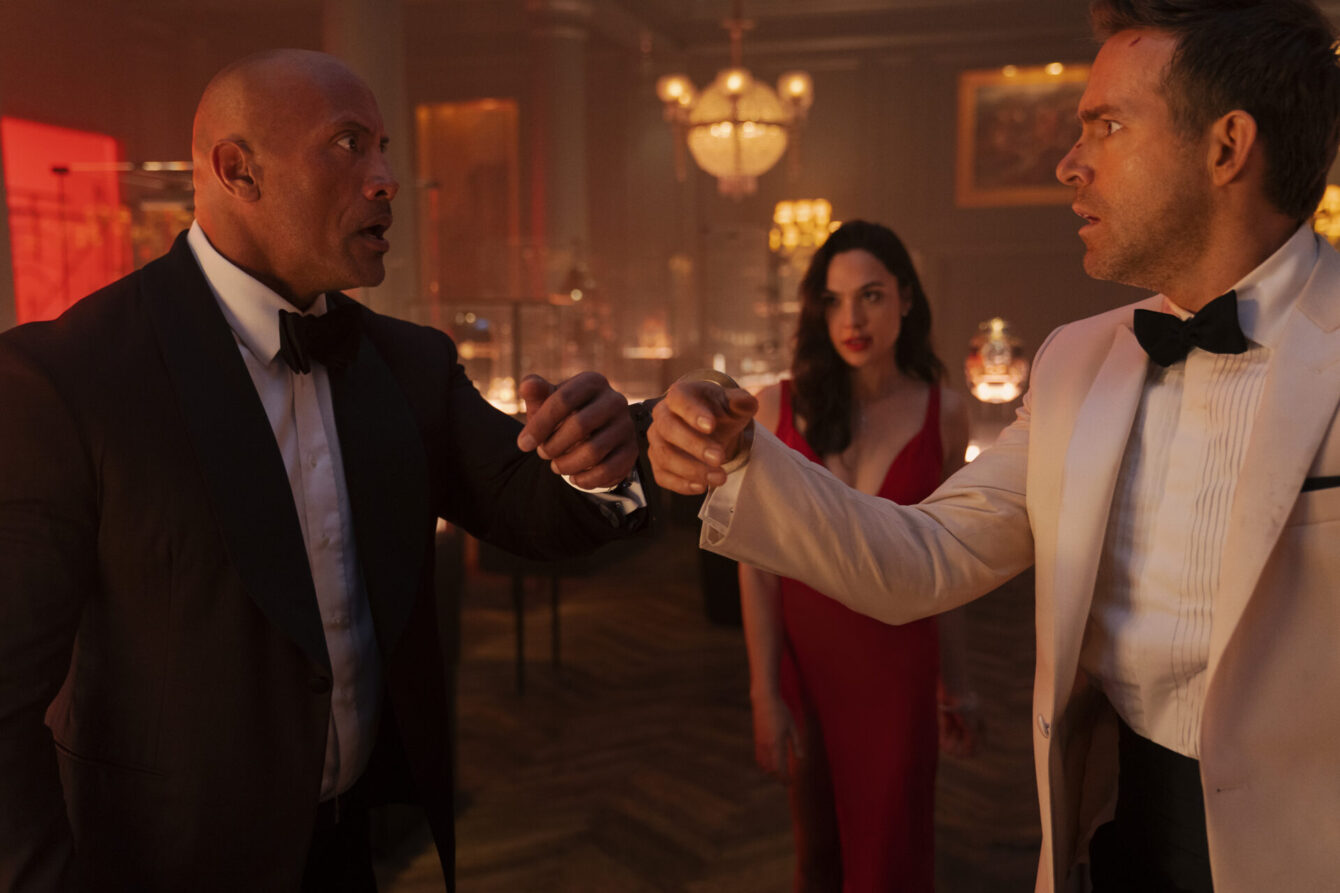 Everybody with anywhere between $300 million or a billion to burn is after the three missing eggs of Cleopatra, the most coveted and unattainable objects on the international black market, including the so-called “World’s Greatest Con-Man”, Nolan Booth (Ryan Reynolds).

With Interpol and Agent John Hartley (Dwayne Johnson) on his tail, Nolan manages to slips through their fingers again and again with the precious golden prizes.

Law enforcement eventually capture him but it doesn’t stick, as soon Hartley finds himself framed by a third party and equally ambitious art thief, The Bishop (Gal Gadot). 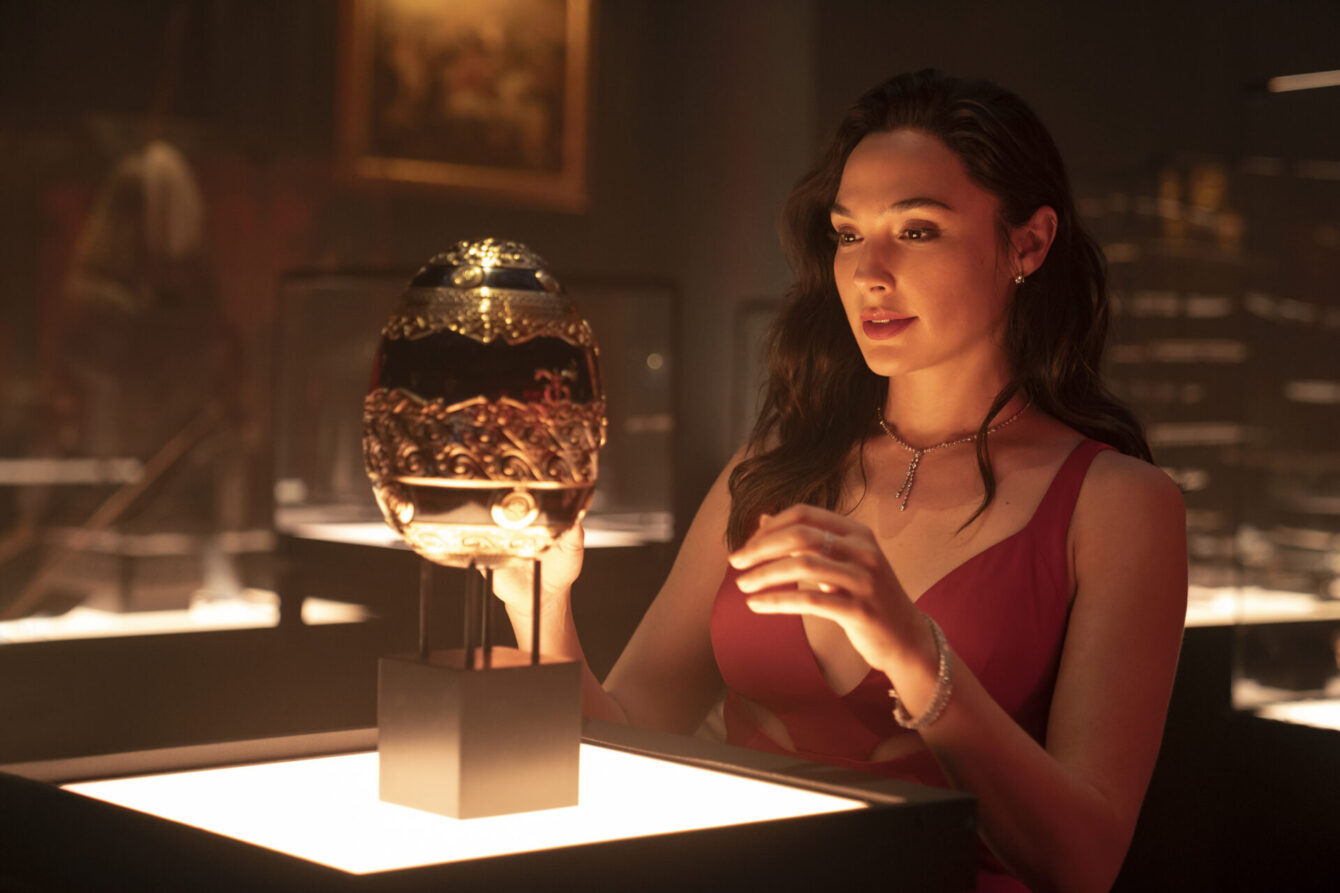 Of course, his only ally or tag team partner on the mission to clear his name and retrieve all the eggs before the fierce vixen Bishop can? 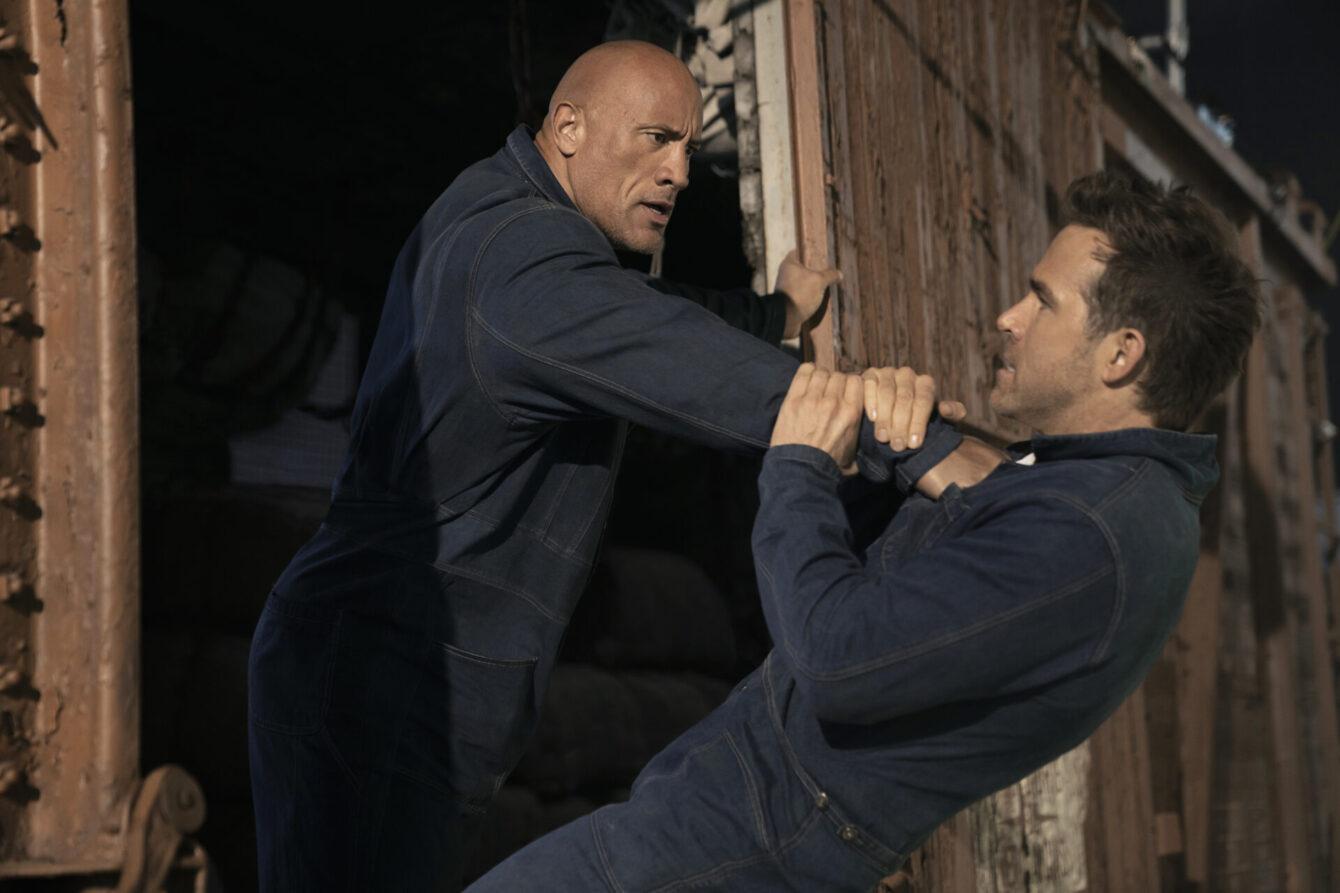 For all the promise in its cast, Red Notice is fairly basic.

I argue its main players, specifically “The Rock” Mr. Johnson, phone it in a little. It’s not that they aren’t entertaining, but rather just uninspired, as it seems as if the film’s stars are just drawing on things they did better in other movies.

Johnson does what he knows best, looking tough before saying something funny, and Reynolds’ performance leaves little doubt that he’s just playing the same guy in every picture.

This film is directed and written by Rawson Marshall Thurber, who was also the mind behind Dodgeball, Central Intelligence, and Skyscraper (otherwise known as two of his other adventurous misfires with The Rock), so you should know what to expect simply by going by his name and usual cast selection.

The only exception is Gal Gadot, who appears to be having more fun than she did playing Wonder Woman.

She certainly smiles a lot more and gets some funny lines throughout the film, so you get to see a somewhat of a different side to her compared to her role as the Amazonian princess. 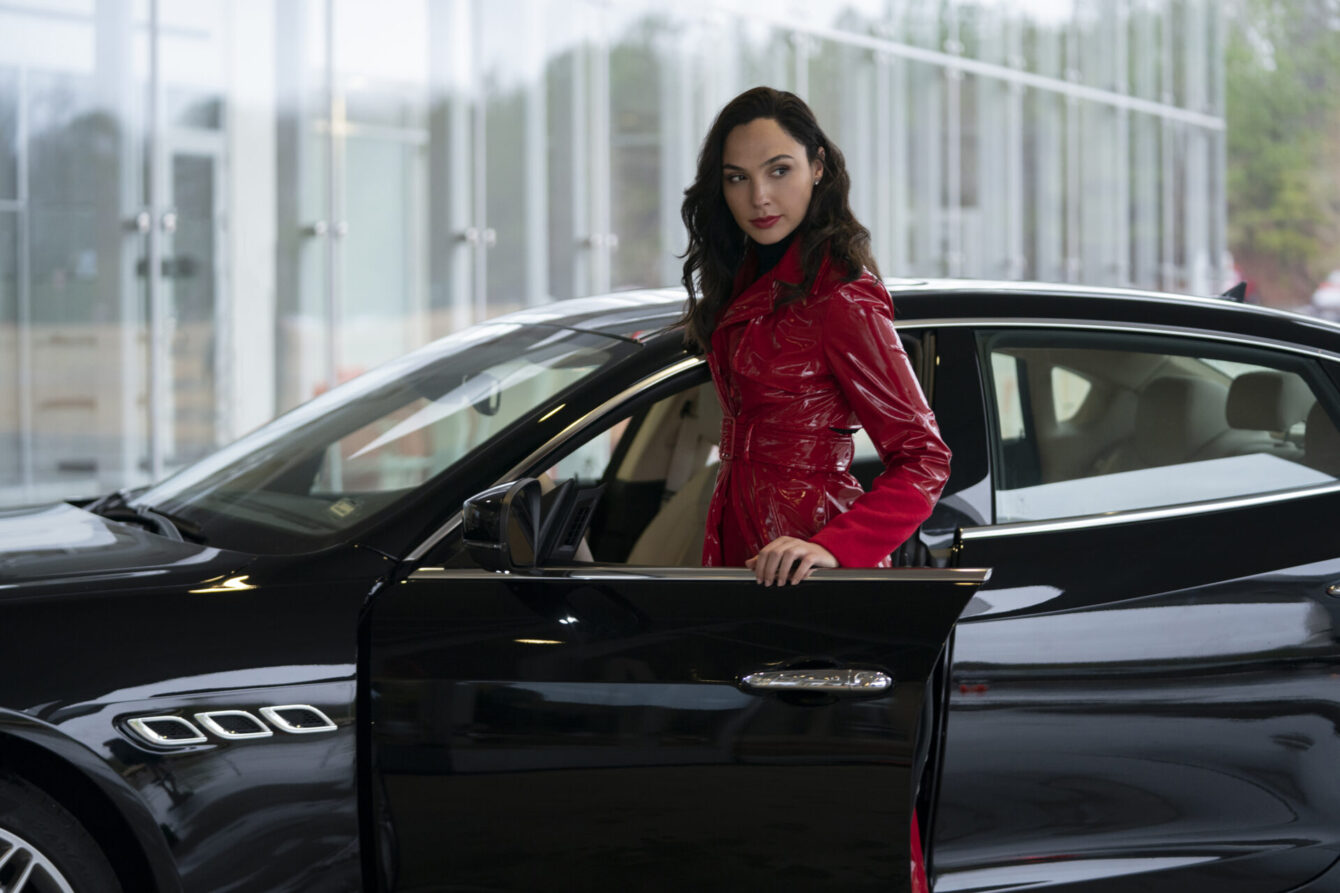 The problem is you can take her out of Wonder Woman, but you can’t take the Wonder Woman out of her, and from time to time that fact took me out of the movie.

She is as much the character as Lynda Carter is/was and as much as Christopher Reeve and Henry Cavill – like Eddie Brock to a symbiote – are bonded to Superman. 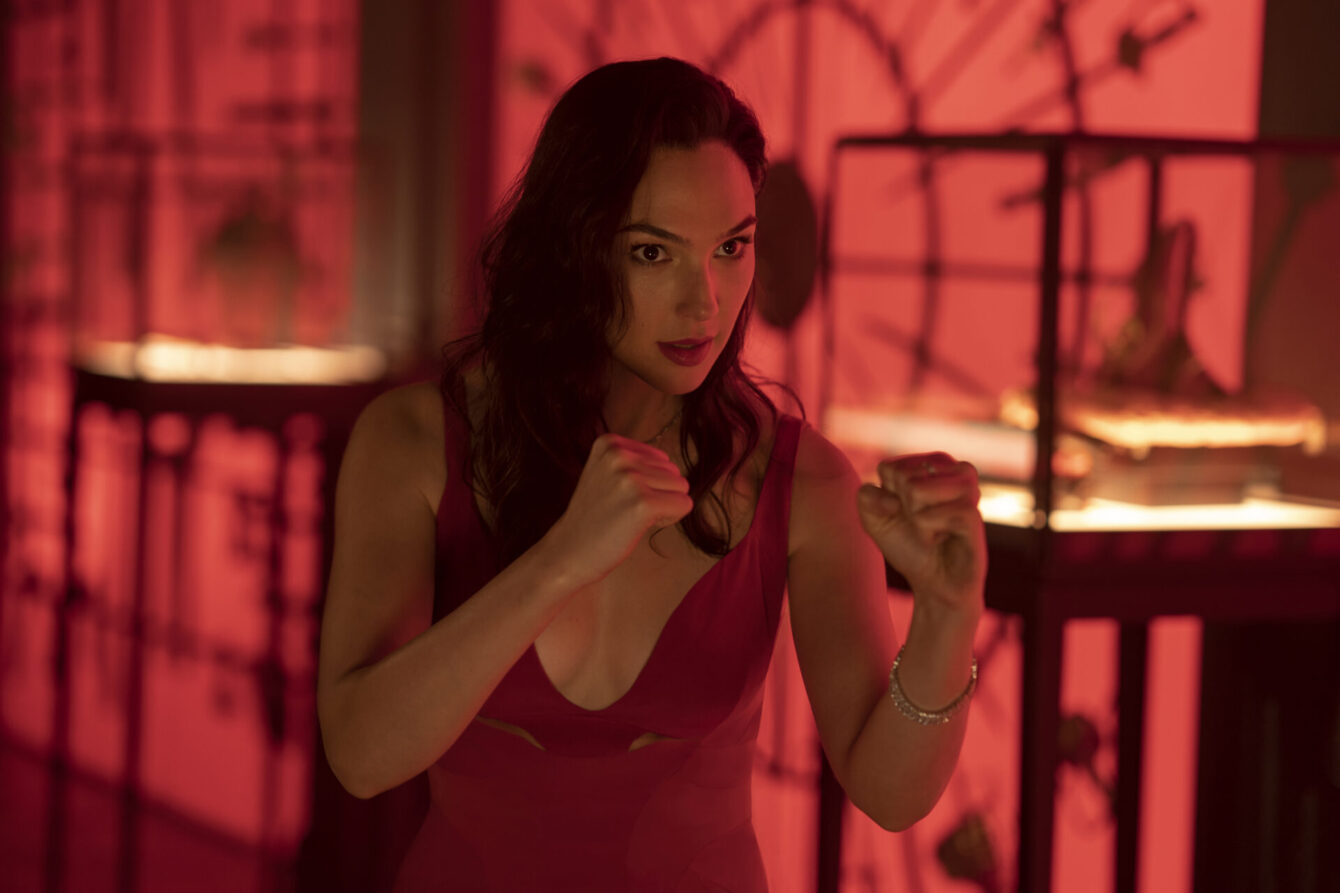 We’ve all seen various scenes in Red Notice play out the same way in countless other movies – some of which came out in the last four years and some that even star Johnson, Reynolds, and Gadot.

Remember the prison break and riot in Black Widow last summer? The run across a collapsing bridge seen in Final Destination 5?

What about the the costume ball hosted by a rich villain, ala Cruella? Or even the shootout/car chase during an excavation of lost Nazi loot seen in Indiana Jones and the Raiders of the Lost Ark?

It’s all here, and it leaves the film feeling as if its only endgame is to recreate those same action set pieces, just with this trio of actors. 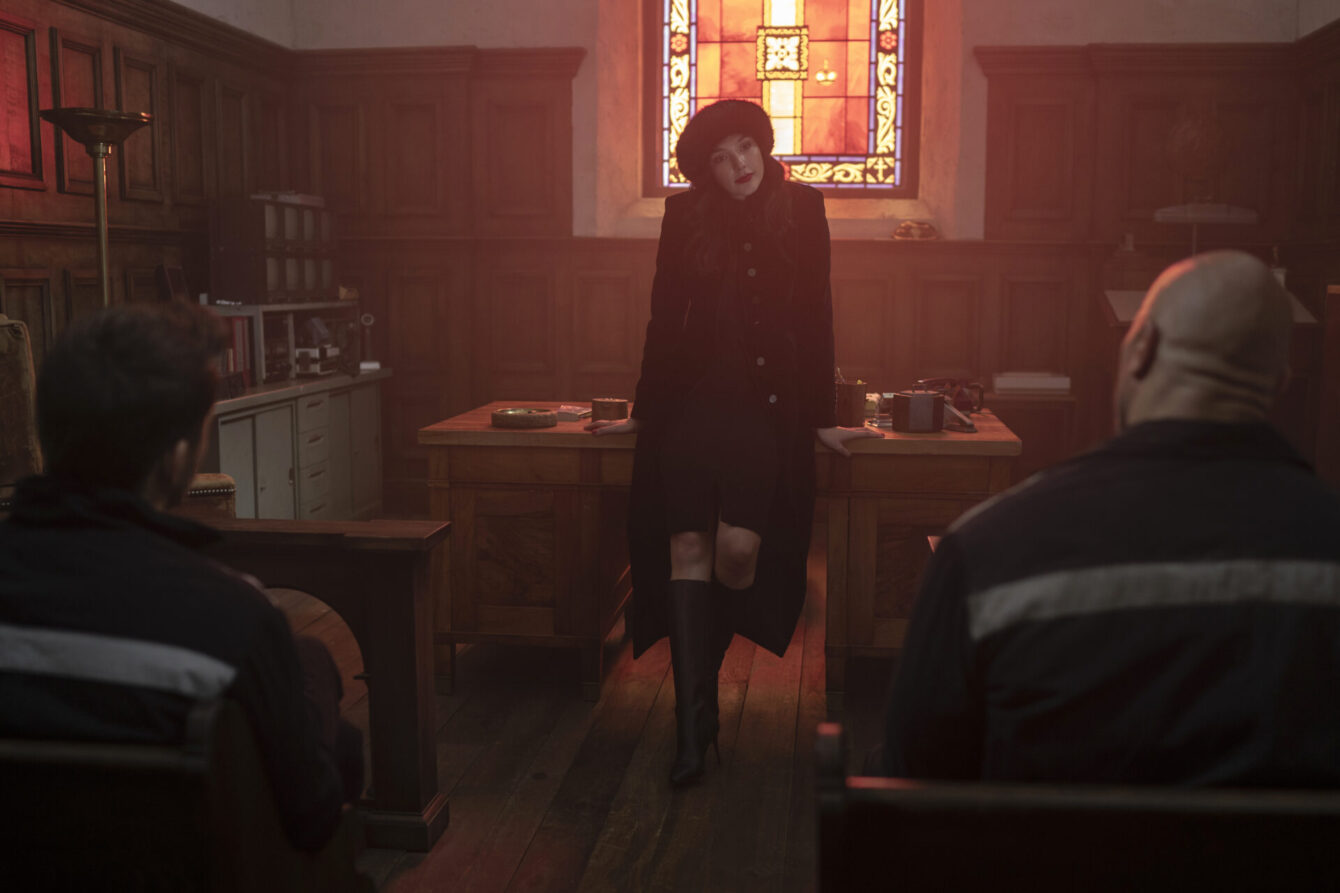 If Johnson or any of the stars of this picture are still high on the idea of a multiverse-breaking crossover with Black Adam, Wonder Woman, and Deadpool, they are better off waiting to see how the Black Adam film, The Flash, and Spider-Man: No Way Home perform first.

I’d warn them additionally that that kind of Marvel/DC mash-up would turn out the same as Red Notice if the team involved, including this film’s lead trio, doesn’t watch themselves.

Related: Dwayne “The Rock” Johnson Says His Production Company Will Use Rubber Guns Instead Of Real Guns Moving Forward

Ultimately, I’m going to score Red Notice based on whether this latest from Netflix is worth your time, rather than overall quality.

That said, it’s not as bad as Doom but, all the same, you can definitely skip it. 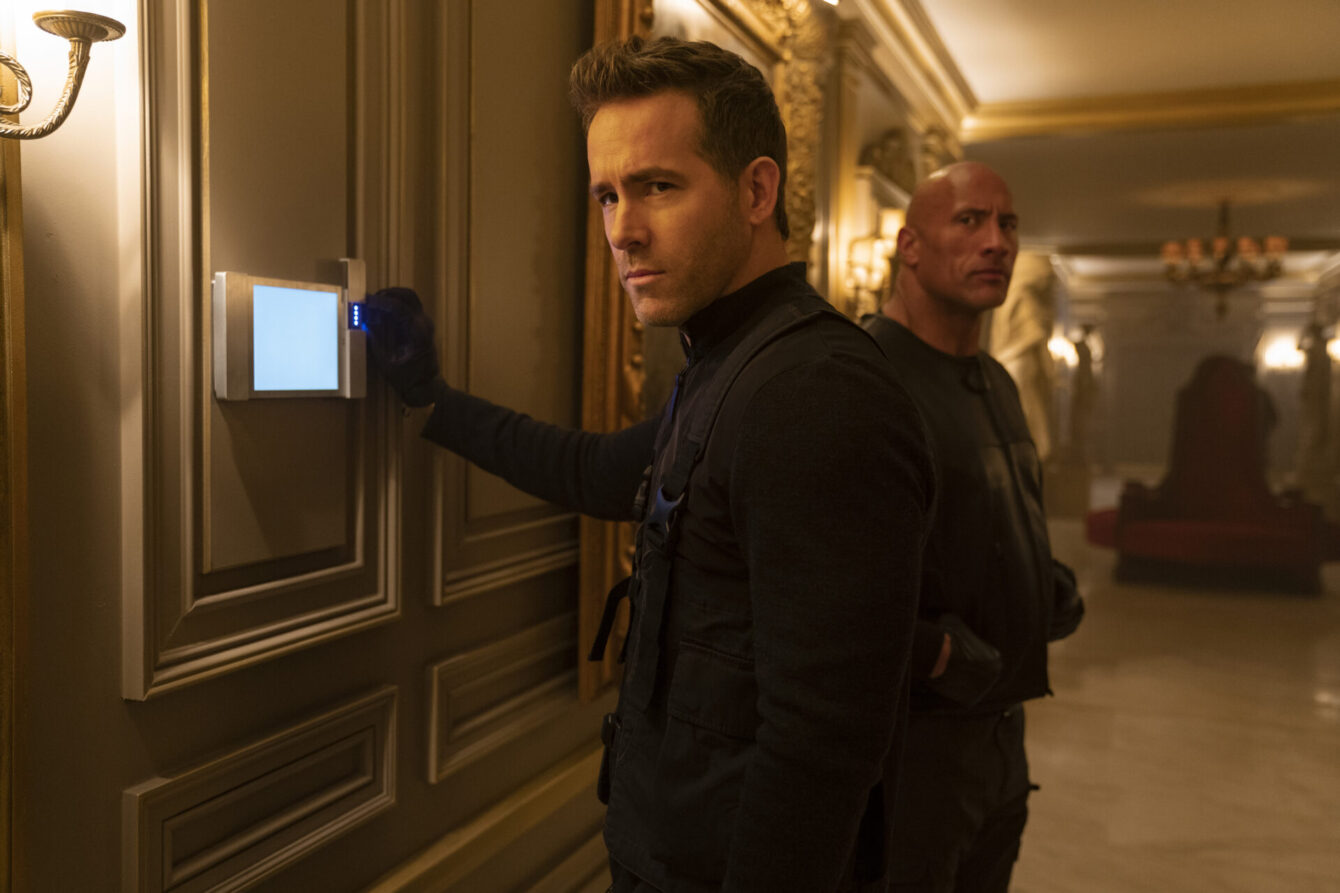