A new rumor indicates that a certain wannabe mutant will cross not only the multiverse, but also previously established company lines to join Doctor Strange in his upcoming sequel, Doctor Strange in the Multiverse of Madness. 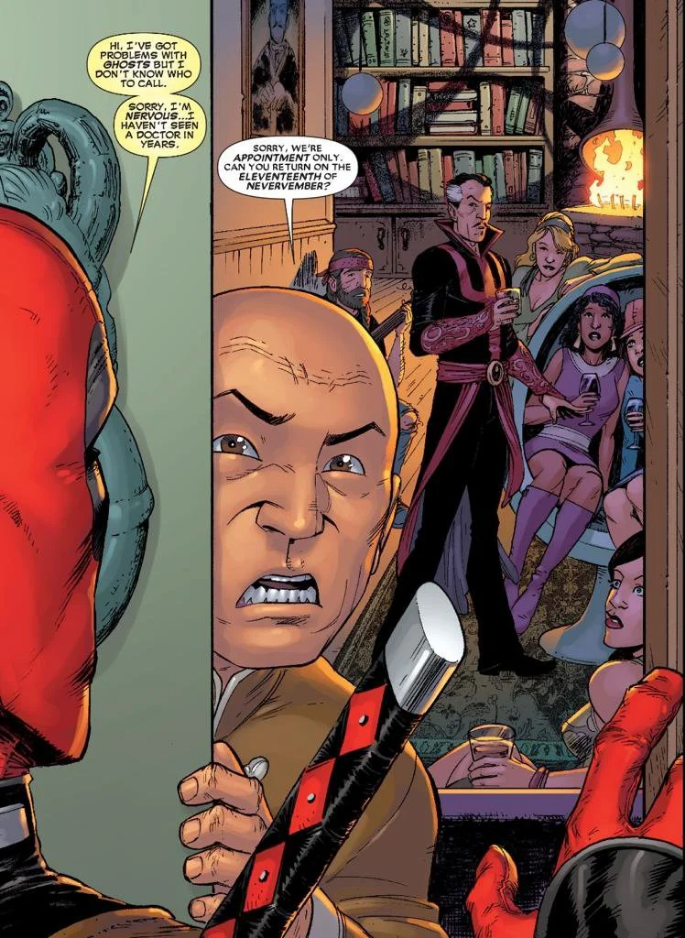 Related: New Rumor Details Two Major Marvel Comics Characters Could Be Introduced In Doctor Strange in the Multiverse of Madness

The cast list of ‘Doctor Strange in the Multiverse of Madness’ is already rumored to be packed with every character from the farthest reaches of the Marvel Cinematic Universe, as not only is the film rumored to see the return of characters from previous films and show, such as Elizabeth Olsen as Wanda Maximoff, Chiwetel Ejiofor as Baron Mordo, Benedict Wong as, well, Wong, and Benedict Cumberbatch as the good Doctor himself, but, if the further internet chatter is to be believed, also the cross-multiverse appearances of the Spider-Men from Sony movies past  – Tobey Maguire 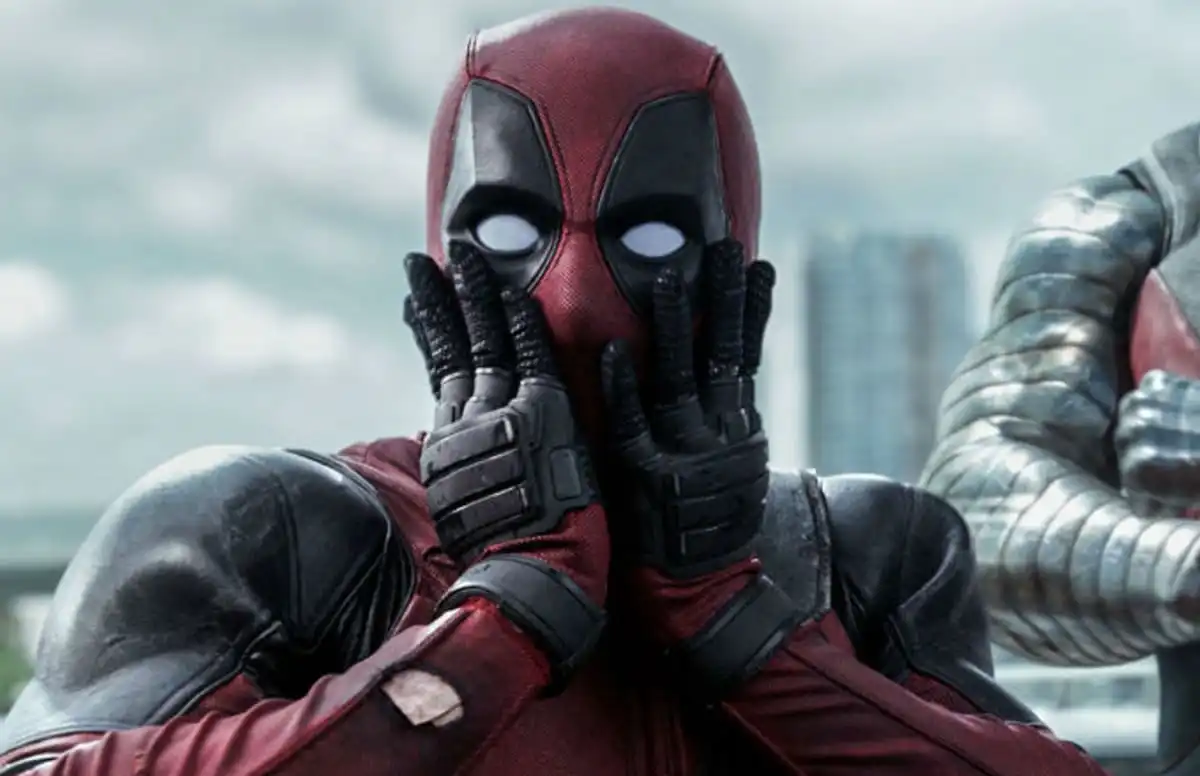 At least that’s what we’re seeing in the Google search results for Doctor Strange 2, which sees Reynold’s included in the cast of the film, having been added right behind the two elder Spider-Men.

Cosmic Book News also reported on this new development, alongside a separate rumor that Joker star Joaquin Phoenix will also appear in the star-studded sequel as an alternate universe Doctor Strange. 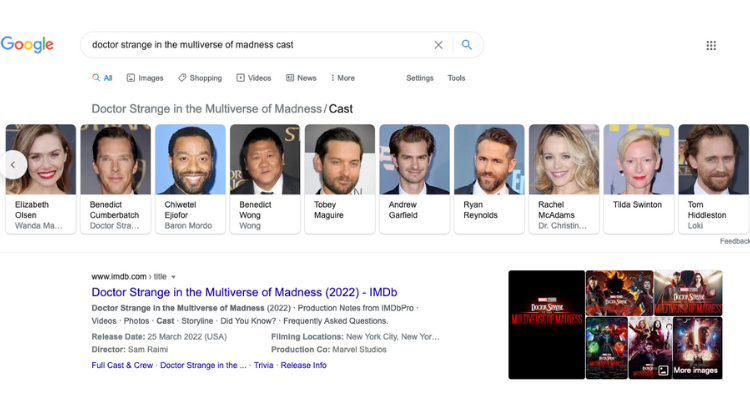 We’ve heard about a ton of characters showing up in the Doctor Strange sequel, from specific actors such as  Tom Cruise and the aforementioned Tobey Maguire, to specific characters including, America Chavez, Ghost Rider, a white Nick Fury, the Illuminati, and Nightmare, to an appearance by Wanda Maximoff as some sort of villain.

At this point, it’s hard to determine who will actually appear, but more pressing, perhaps, are the challenges presented by the current state of movie theaters, which begs the question of whether or not the film will ever hit the big screen.

This fear is persistent, particularly with the recent news regarding such blockbuster films as Wonder Woman 1984 and Dune, even in the face of the Olsen’s noting in a recent interview with Condé Nast Traveller that she was”I am moving back soon to film the sequel to Doctor Strange, so I’ll be there for Christmas, just outside London.”

“Even given the current circumstances, it will be a nice trip,” she added. 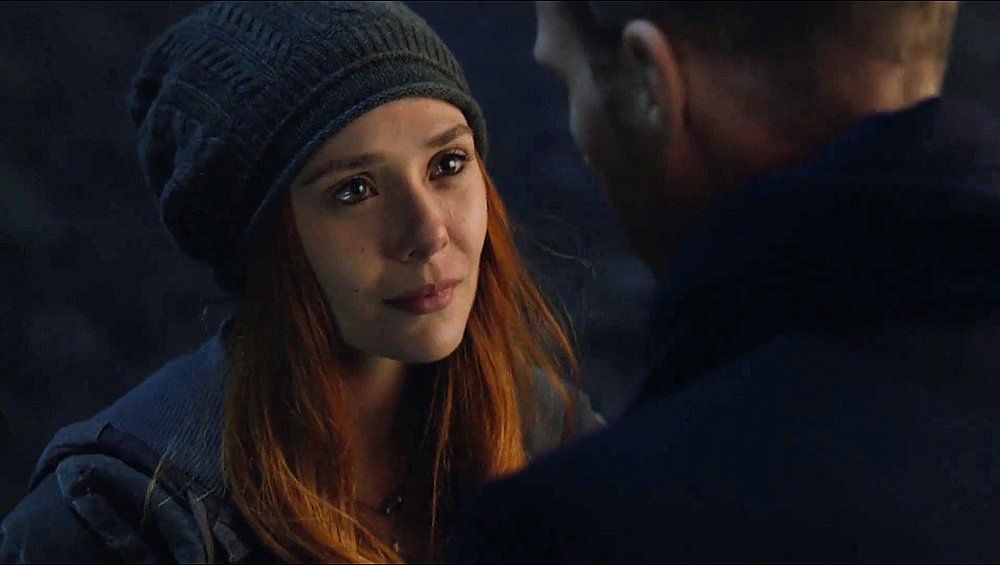 Needless to say, these types have surrounded the production of Doctor Strange 2, though the addition of Ryan Reynolds to the already packed casting is a bit of an eyebrow raiser.

As indicated in our previous report, there have allegedly been discussions regarding a Deadpool and Spider-Man team up in a sort of buddy film, obviously to be released after Tom Holland’s third Spider-Man film,

However, introducing Deadpool into the MCU before inserting him in a co-starring role alongside Peter Parker would be an important task to undertake in order to properly establish the character in-universe, especially if the rumors of his own pair of solo films under the MCU banner end up coming to fruition. 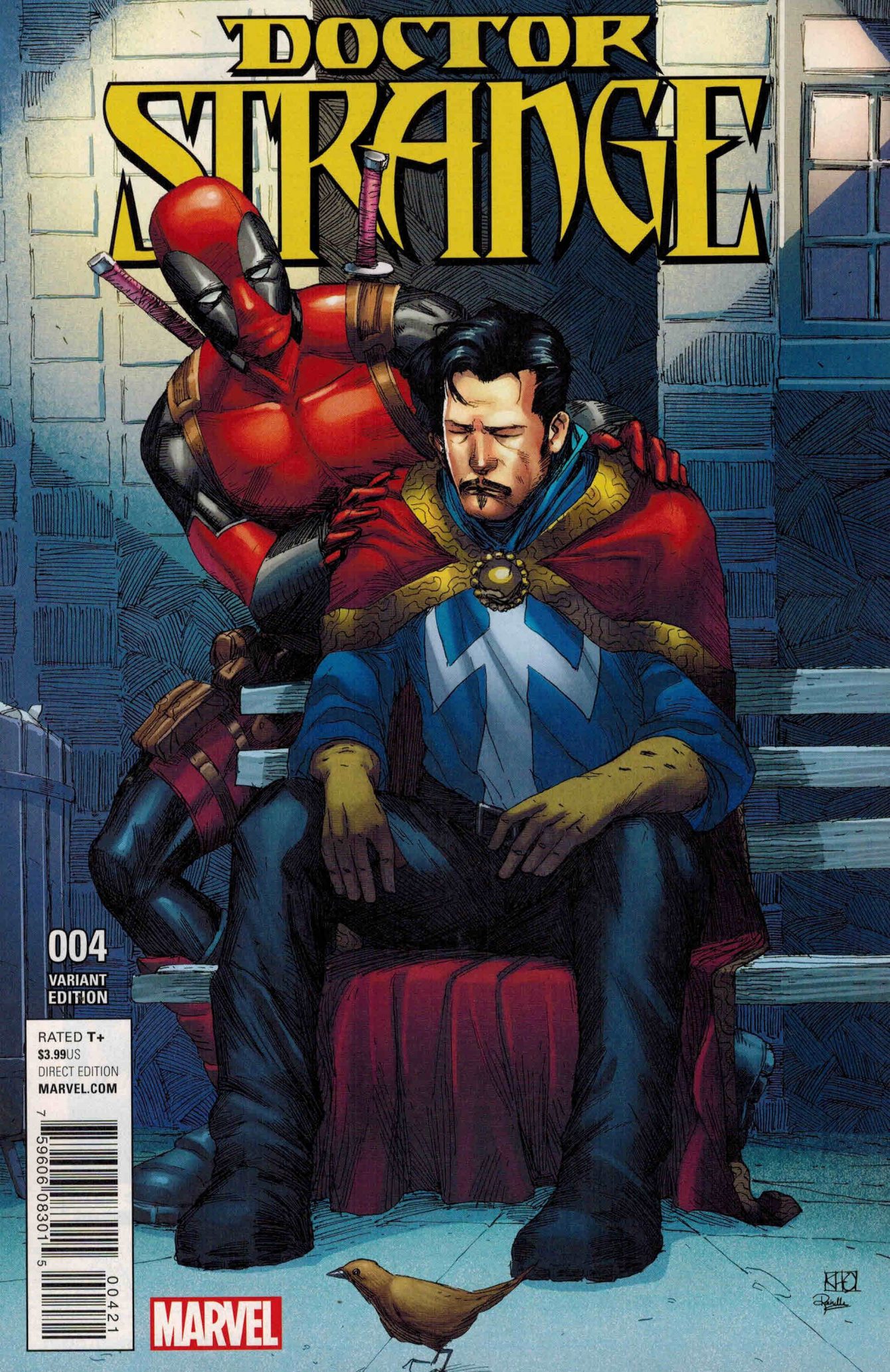 With the multiversal elements that Doctor Strange 2 is speculated to introduce into the MCU, Disney might as well add Reynolds’ introduction into the whole mess of it.

And it seems like with everything else multiversal that Doctor Strange is rumored to introduce into the Marvel Cinematic Universe, might as well bring in Reynolds into the whole mess of it. If nothing else, such a move should be a welcome change of plans for Deadpool creator Rob Liefield, who previously voiced his displeasure that Marvel had no plans for incorporating Deadpool into their films. 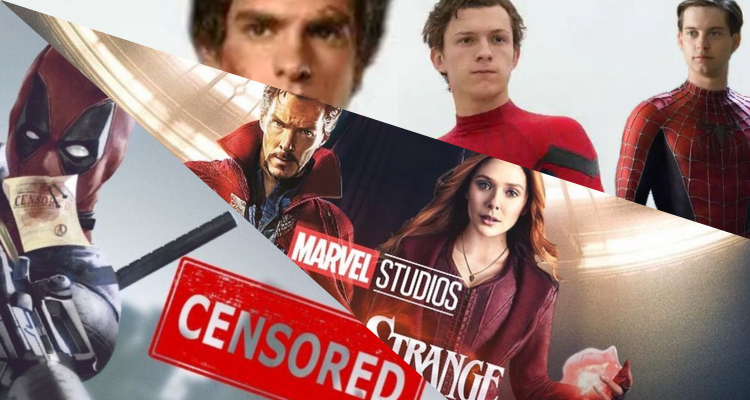 A Horror Film in the MCU?

Early descriptions of the film suggested that it would be the a ‘horror film for the MCU’. At least, that’s what it was when original Doctor Strange director Scott Derrickson was still set to direct the film.

He has since left directing duties for the sequel film, after expressing his thinly veiled frustrations over the a seemingly release-date-stifled pre-production process.

Studio release dates are the enemy of art.

Sam Raimi has since taken the directorial reigns for Doctor Strange in the Multiverse of Madness, and while it’s unclear if the film was continue production as the horror title it was originally touted as during San Diego Comic-Con 2019, but given the director’s previous experience with both light-hearted horror films (Army of Darkness) and superhero films (Spider-Man trilogy), early fan reactions suggest there is a great deal of confidence in his ability to create a worthy Doctor Strange film. 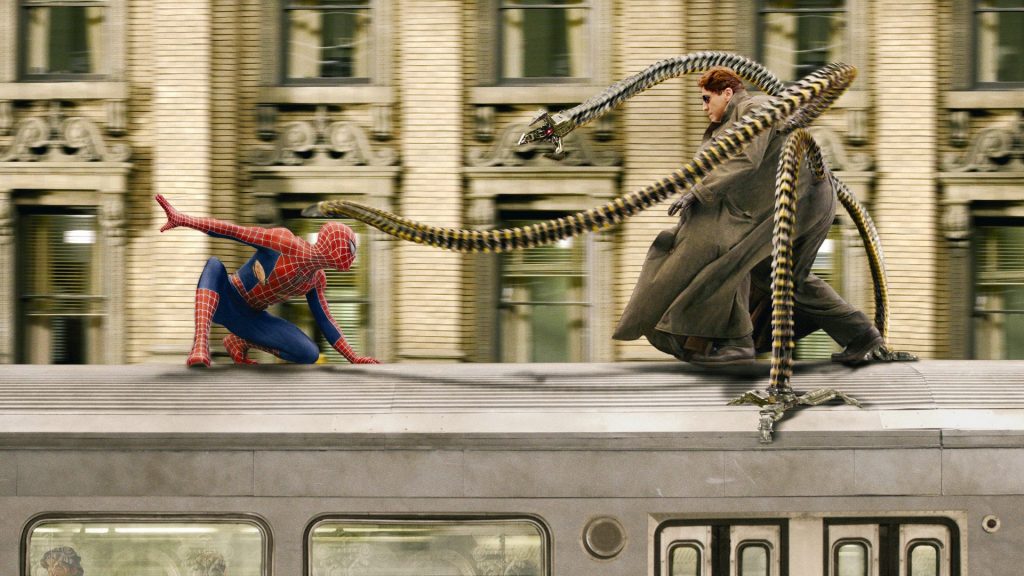 This bit of information comes at a time when Ryan Reynolds is looking to be a hot commodity for another franchise, at least if the rumors about DC’s interest in him are concerned.

If Reynolds is to be believed, the upcoming Zack Snyder cut of Justice League film is supposedly going to feature a cameo from the former Green Lantern actor, but whether he’s pulling our leg or legitimately giving his audience a heads up is hard to tell.

I’m not playing Hawkman in Black Adam. Although I generally do whatever the hell @TheRock tells me to do. I would however love to be in Zack Snyder’s Justice League movie and I’ve heard I may already be in it? #SnyderCut

For those who may not remember, the Green Lantern movie was panned by audiences and critics, getting 11% and 45% respectively from each on review aggregator Rotten Tomatoes. Unsurprisingly, his role in the film became a point of mockery for Reynolds in his later superhero films.

A return as Hal Jordan, on top of the potential involvement of one of his more popular characters into the much larger and more successful Marvel Cinematic Universe, would make the man’s big screen schedule all the more busy, especially when taking into account his “ongoing ownership interest” in Aviation American Gin and his fatherhood responsibilities to his and wife Blake Lively’s three-children. 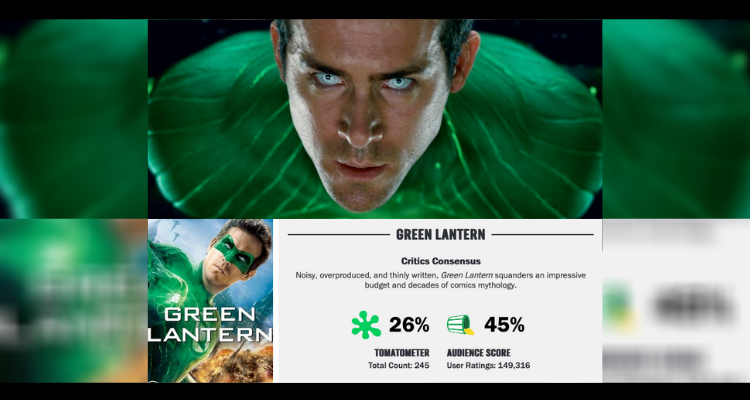 What do you make of this rumor of Reynolds joining the MCU? Sound off in the comments below, or let’s talk about it on social media!