In a piece of not-too-groovy news for his fans, actor Bruce Campbell has revealed that he is retiring once and for all from playing humble houseware salesman and boss demon slayer Ashley “Ash” J. Williams in the Sam Raimi-created Evil Dead franchise. 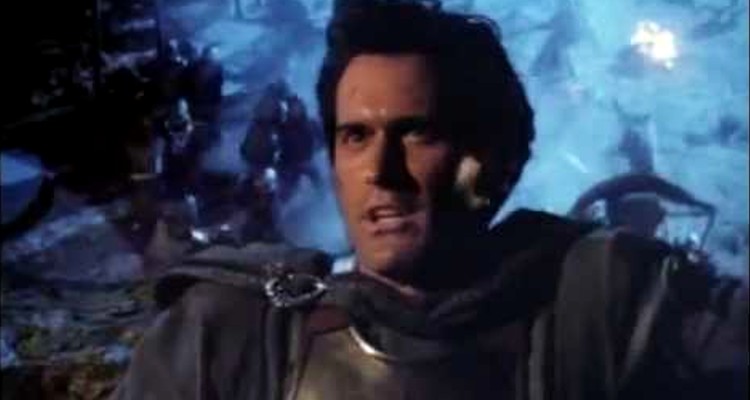 Speaking to Collider in promotion of his new horror-comedy film Black Friday, Campbell told the outlet that the reason for his stepping away boils down to age and the physical demands of playing such a frenetic part as Ash.

“Whatever the cliched phrase is, I left it all on the table. I’ve got nothing left to give,” he explained. “There’s not gonna be any traditional form of ‘Evil Dead’ anymore. Ash is gone. I’ve retired the character because I physically just can’t do him anymore, so why bother?” 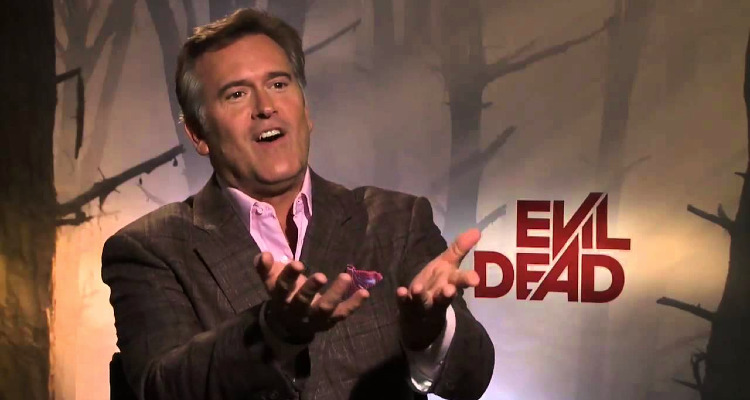 Retiring Ash after four decades was a thought present in Campbell’s mind since 2018, and it was thanks to the physical demands of working on the Starz series Ash Vs. Evil Dead that the decision was made easier for him.

During filming on the series from 2015-18, he took great pains to take precautions and keep the crew aware of his knee problems.

“If you saw the emails pleading with various directors that were like, ‘Hey, my knee’s not working right.’ ‘Be careful about tomorrow.’ ‘Let’s have the stunt guy nearby.’ ‘Hey, I can’t run anymore.’ It just was an endless physical struggle,” Campbell recalled. 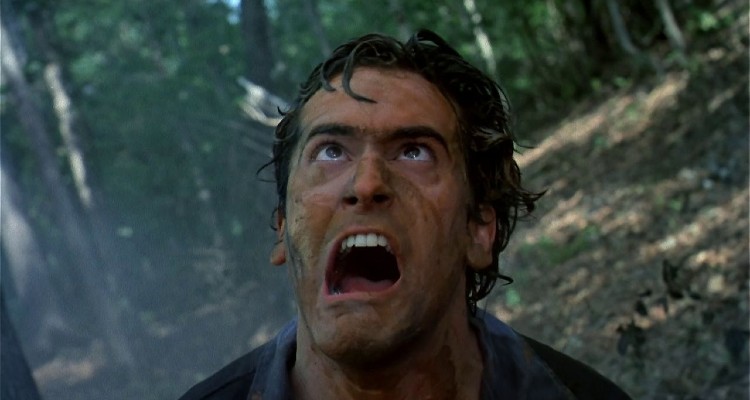 Related Theory: Doctor Strange in the Multiverse of Madness Will Dive Into Sam Raimi’s Spider-Man Trilogy!

However, the celebrated actor was happy to do Ash Vs. Evil Dead, as the show dug deeper into the character’s history, background, family, and relationships.

“I’m really glad we did it because we saw Ash’s home, we went into his bedroom, we met his girlfriends, we met his daughter that we never knew he had and that he never knew he had, and we met his father, played by the great Lee Majors,” said Campbell. “I feel we really pushed all the buttons and he fulfilled his destiny written in that ancient book [the Necronomicon]. He was the guy destined to defeat evil in the past, present and future, and he took off with a hot robot chick at the end to go kick in the future.” 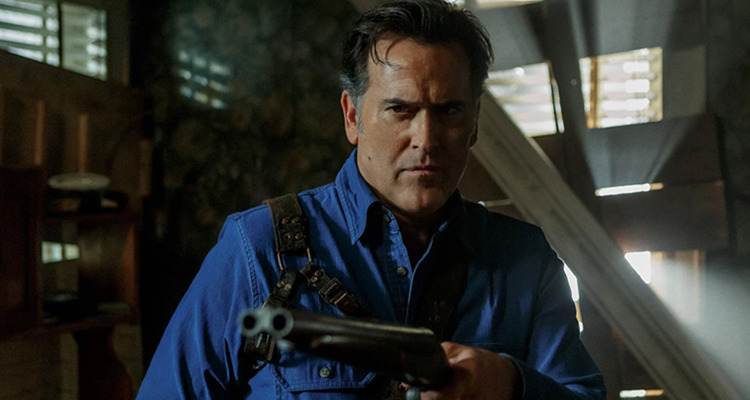 However, ultimately, Campbell feels that Ash’s story has been told in full through AVED, as he further noted that the series’ story was woven with the complete knowledge that its third season would be its last, so the crew set out to end it all in a deliberate blaze of glory.

“What else do you need?” he concluded. “We knew the ratings were bad. We knew, going into the last season, that we had to have an end because we didn’t think Starz was gonna re-up us and we were right. So, thank God we did that.” 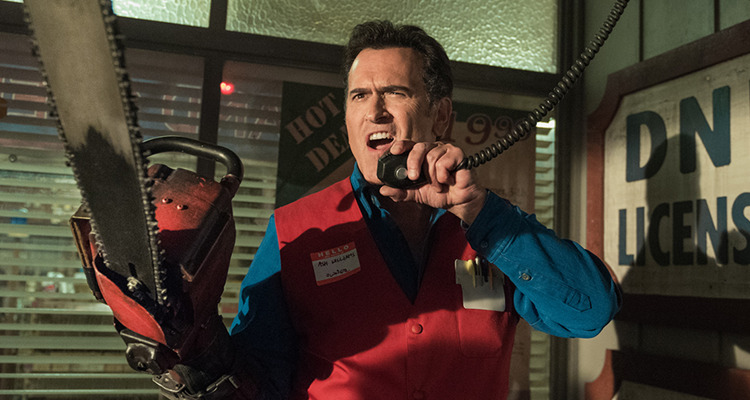 Yet, despite Campbell’s indication that such efforts are for naught, there are a number of petitions demanding a Season 4 and, maybe on Netflix, a Season 5.

It’s no big deal, really, when Ash’s adventures can continue in another round of comics. He’s resurfaced in the print medium before, Boomstick in hand, fighting Freddy and Jason and even meeting another iconic Raimi character in Darkman. 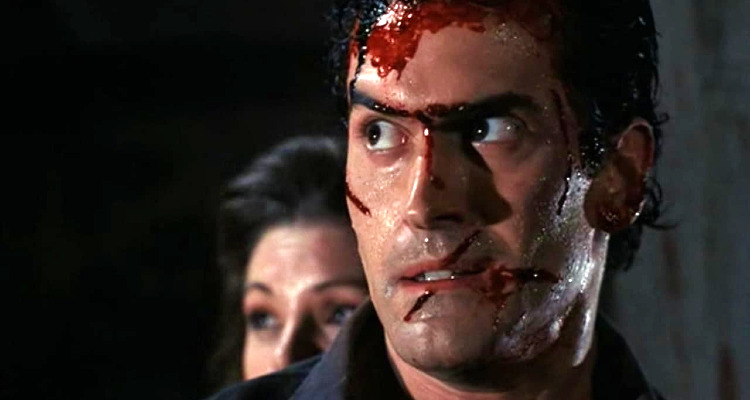 If Sam Raimi and Rob Tapert, whose respective direction and production of the first The Evil Dead film launched their careers, decide to continue The Evil Dead in film and TV without Ash Williams, the conundrum of filling that void is already figured out – and thankfully, the solution is not to remake the original again.

Believing strongly “there are more stories,” Campbell makes it clear everything in the franchise actually revolves around the Deadite summoning Necronomicon. “That darn book gets around, and that’s how we play it,” he explained. “That book wound up in an urban environment with a single mom, so let’s see what happens, it’s fun to fiddle with it.” 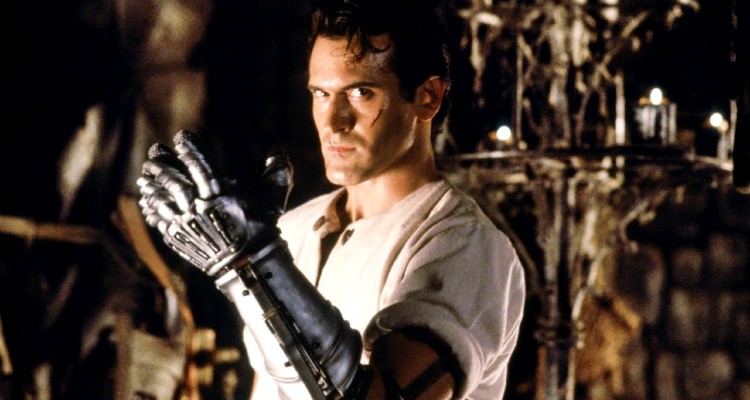 Though he has closed the Necronomicon on Evil Dead, Bruce Campbell isn’t leaving the horror genre behind any time soon. His latest slasher hijinx transpires in Black Friday co-starring Chucky and Final Destination actor Devon Sawa, which is out now on VOD.

Hopefully, before he retires from horror or acting completely, Campbell has enough left in him to finally make that long-rumored Bubba Ho-Tep sequel.

After all, everyone liked Bubba Ho-Tep. 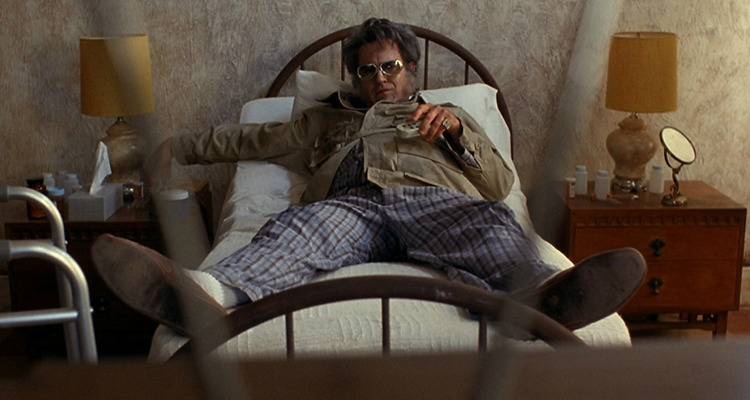 What do you make of Campbell’s retirement from playing Ash? Let us know your thoughts on social media or in the comments down below!