A semi-popular horror movie property that’s been sitting on the sidelines for almost 30 years is reportedly ready to return to slashing and stacking bodies on the beat. 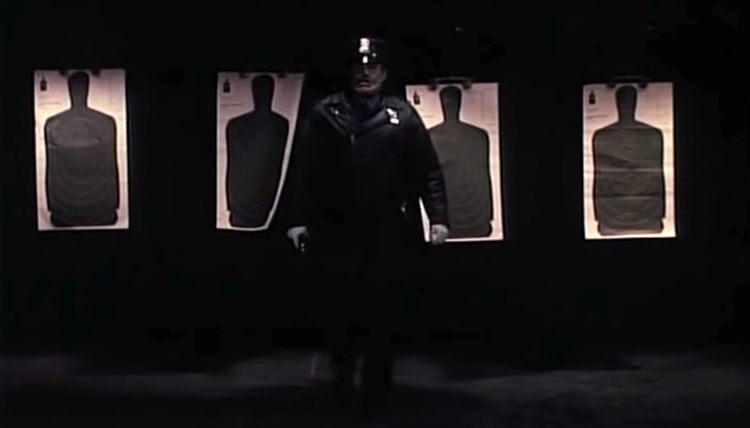 A fan account on Twitter devoted to the coming attractions by Drive and Neon Demon filmmaker Nicolas Winding Refn has found that Refn is skipping a film festival appearance in Europe to begin work on his next project – a retelling of the 1988 slasher film Maniac Cop. 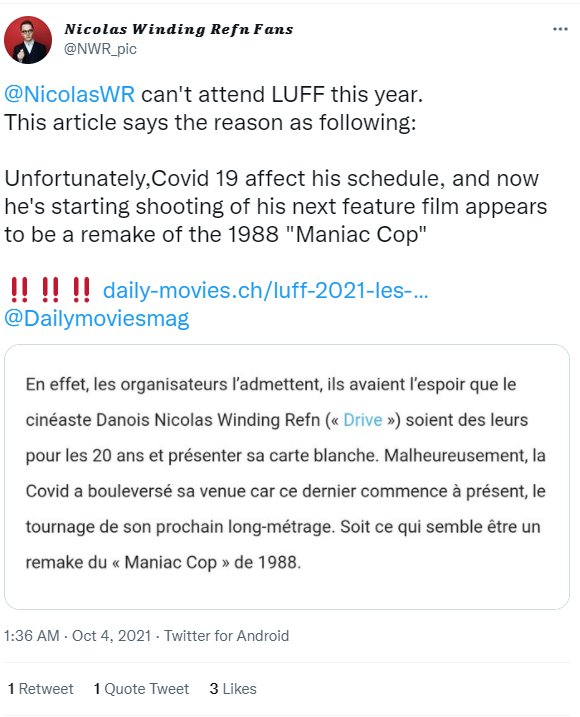 Related Rumor: The Flash Sequel In Discussion At Warner Bros.

“This article says the reason as following: Unfortunately, Covid 19 affect his schedule, and now he’s starting shooting of his next feature film appears to be a remake of the 1988 ‘Maniac Cop,’” they add.

The story comes from Swiss site and publication Daily Movies Magazine which also says the local festival, the Lausanne Underground Film & Music Festival, is celebrating its twentieth anniversary with a screening of another 80s cult genre film, Liquid Sky (a favorite of mine and filmmaker and cinema pundit Robert Meyer Burnett). 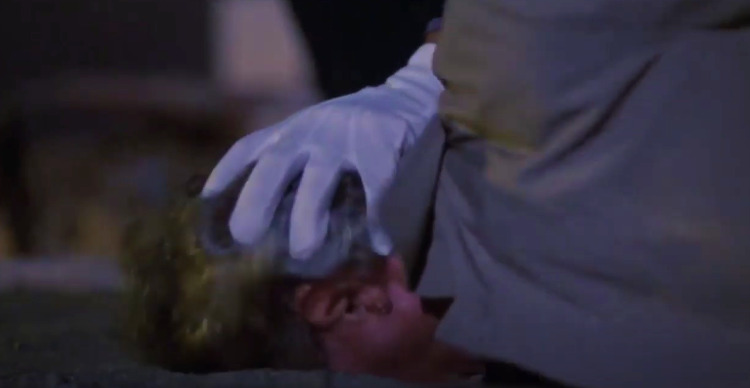 Maniac Cop was a trilogy of films produced by indie schlock horror uber-producer Larry Cohen who is best known for titles such as Q: The Winged Serpent, CHUD, It’s Alive, and increasingly these days for The Stuff.

The first film starred Bruce Campbell and Tom Atkins (Night of the Creeps, Halloween III: Season of the Witch) investigating a series of murders in New York that turn out to be the handiwork of the hulking Matt Cordell (Robert Z’Dar), a brain-damaged cop presumed dead now out for revenge against the system that betrayed him and sent him to jail. 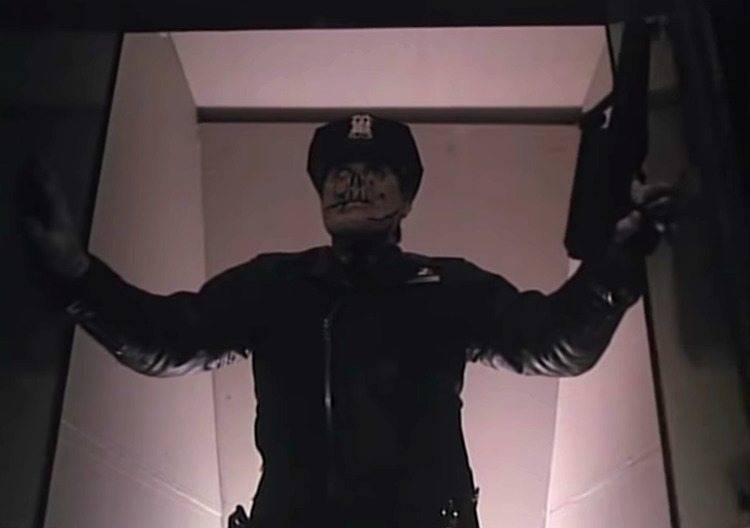 It was followed by Maniac Cop 2 and Maniac Cop 3: Badge of Silence – bizarre but wildly entertaining installments that added Robert Davi as the ultimate hero of the series, Det. Sean McKinney.

Released in 1990 and ‘92 respectively, it was the last anyone heard from Officer Cordell until fairly recently when around 2016 it was made official that Refn was eyeing an update to the franchise. 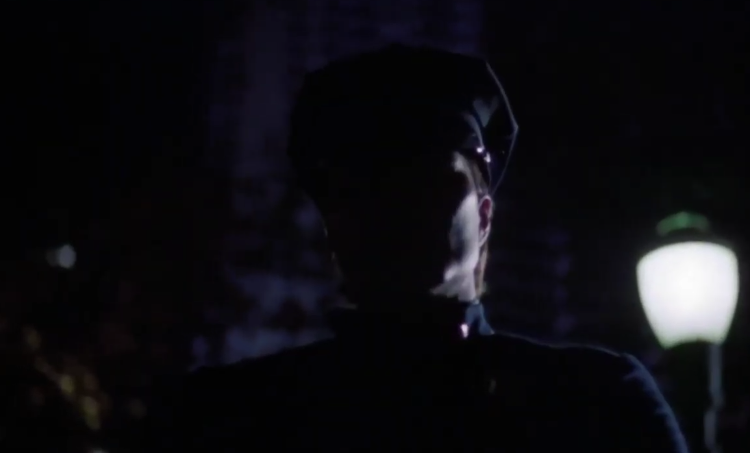 Related: Captain America Writer Ed Brubaker And More Say DC And Marvel Still Not Paying Creators Royalties For Movies Based On Their Work

First reported as a remake, it later came out Refn was turning it into a series in concert with Studio Canal so he had more time to tell Cordell’s story properly.

To write the screenplay, he tapped a surprising but awesome choice in Captain America scribe and Winter Soldier co-creator Ed Brubaker who partnered with Refn on the Amazon Prime show Too Old to Die Young. 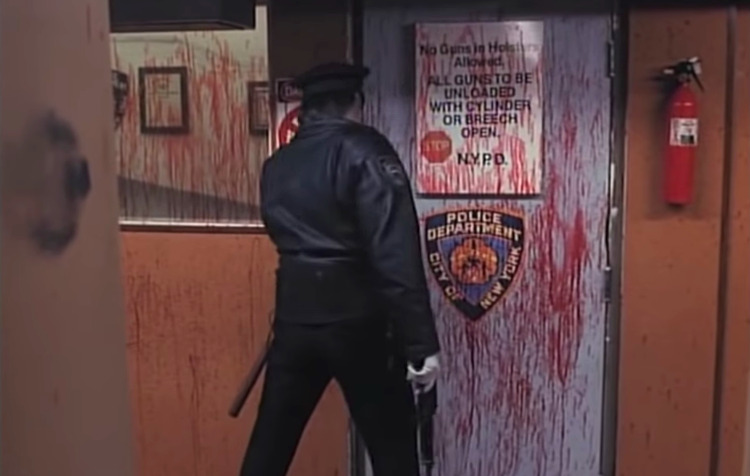 Above a straight remake, Refn has previously promised on social media his Maniac Cop will be “a cocaine-fueled, neon-soaked, bubble gum-wrapped, mayhem-infused, speed-driven universe of thrill-seekers who are consumed by that ever-present struggle of good vs. evil… But evil is winning.”

While it doesn’t sound like the same story at all, the pitch – set in LA – has a level of intrigue that could benefit from the fresh coat of bright paint that is Refn’s transgressive and very European style. 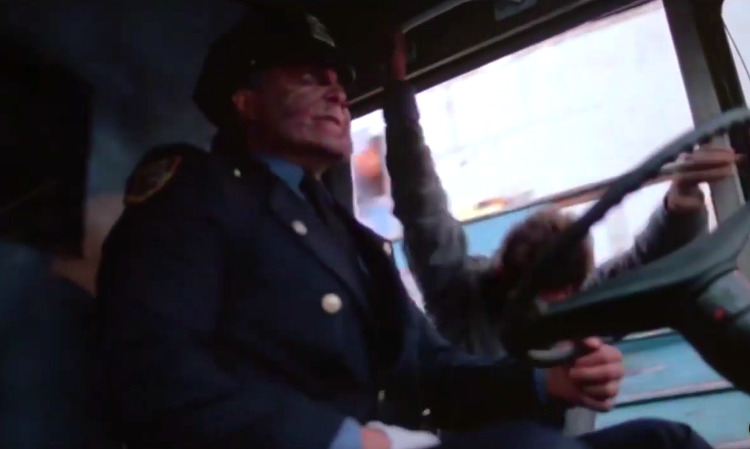 As strange as it might seem, reports of a Maniac Cop remake go back to roughly 2008 when an indie filmmaker specializing in shorts and homages to famous film and comic book characters named Chris Notarile made two tributes to the original trilogy.

Hopes for a full-blown remake at the time were dashed by rights issues and plans for a fourth movie in continuity with the first three that never materialized either. Later on, the passing of Robert Z’Dar and Larry Cohen made it next to impossible.

Related Theory: Doctor Strange in the Multiverse of Madness Will Dive Into Sam Raimi’s Spider-Man Trilogy!

It will be interesting to see how a Maniac Cop movie plays in an era of polarized derision at odds with the support of police, but Cordell is the absolute number-one horror icon in my book so I hope Refn gets to work soon.