Anime voice actor Spike Spencer, best known for his role Shinji Akari across most English-translated Neon Genesis Evangelion media, has apologized for making a self-described “callous joke” that unvaccinated individuals will soon be required to “wear little yellow stars,” akin to those mandated for the Jewish by Nazi Germany, to distinguish themselves from the vaccinated population. 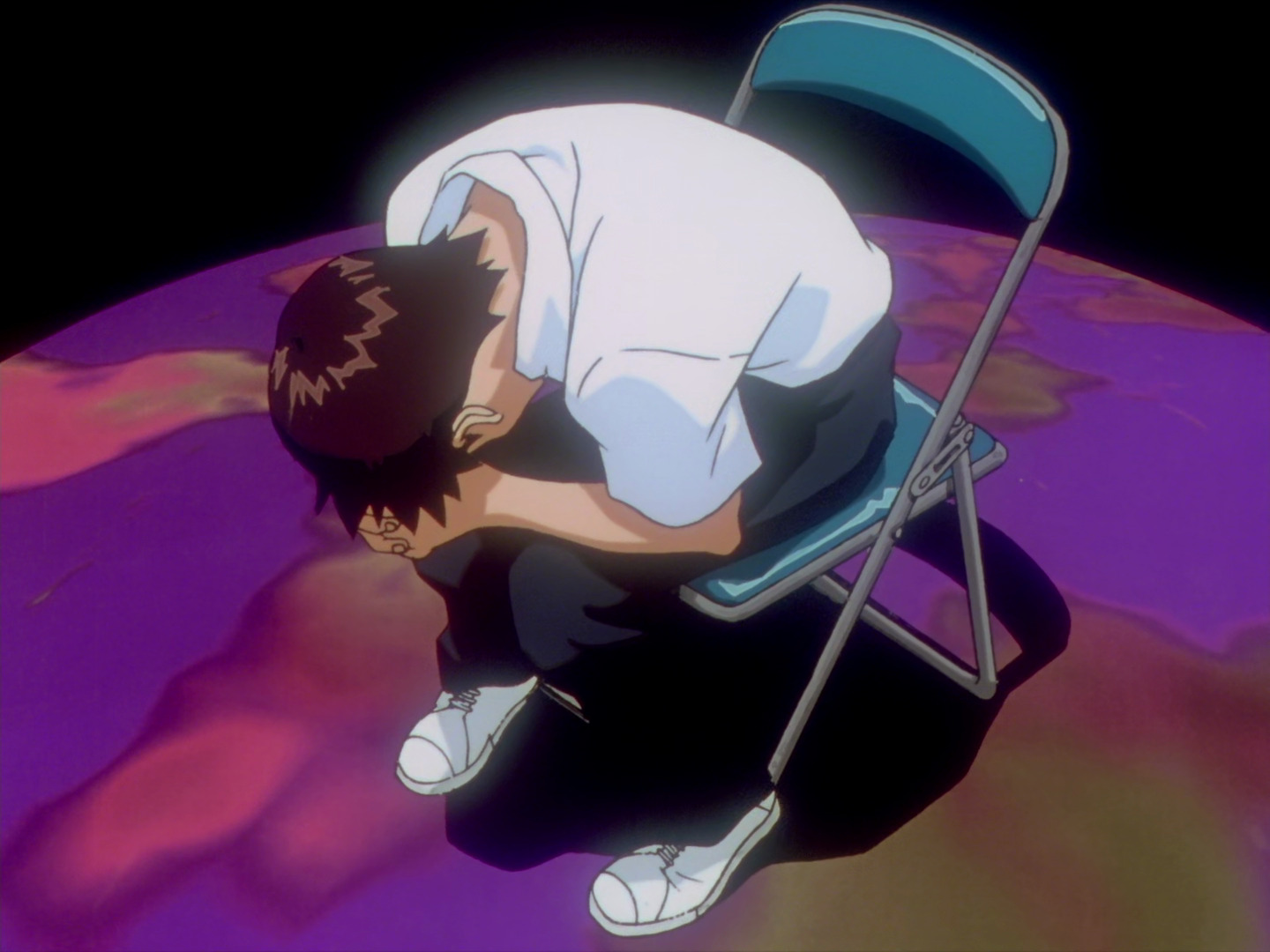 On December 3rd, in response to the news that Germany was set to hold a vote regarding the implementation of a nationwide vaccine mandate, Spencer posted to Facebook, “Assuming unvaxxed will wear little yellow stars or something?”

“What?” he asked in jest, attempting to communicate the post’s joking nature. “Too soon?”

Soon after his post’s publication, Spencer’s post was shared on Twitter by Anime News Network Executive Editor Lynzee Loveridge, who wrote, “Please don’t do this.” 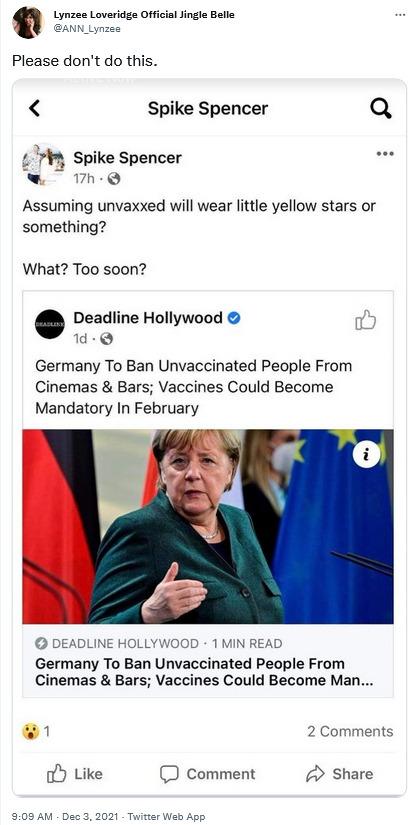 “I’m begging you to talk to Jewish people at least once,” she added, before linking to a tweet from the National Auschwitz memorial which explained her issue with Spencer’s comparison.

“Exploiting the tragedy of people who became victims of criminal pseudo-medical experiments in Auschwitz in a debate about vaccines, pandemic and people who fight for saving human lives is shameful,” wrote the historical site’s verified account. “It is disrespectful to victims & a sad symptom of moral and intellectual decline.”

Taking notice of Loveridge’s call out, Spencer responded to the ANN editor, “Man, ya simply point out something and people lost their minds.”

“Let’s all calm down and clarify,” Spencer continued. “Anti-V? Nope. Anti-Semitic? Ridiculous. Pro freedom? Yup. When would you speak up?” 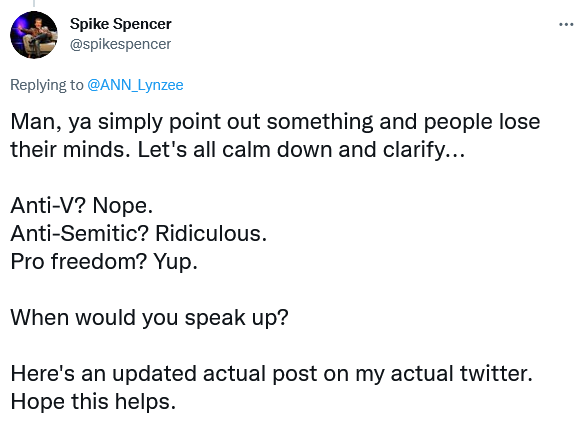 He then shared an “updated” version of his original Facebook post, featuring a lengthy edit, in which he attempted to further explain his intention behind his joke.

“First off, I am GenX. I enjoy a good snark from time to time,” said Spencer. “I use humor to point out horrific things and absurdity. Maybe it’s a defense mechanism I use when I see something terrible.” 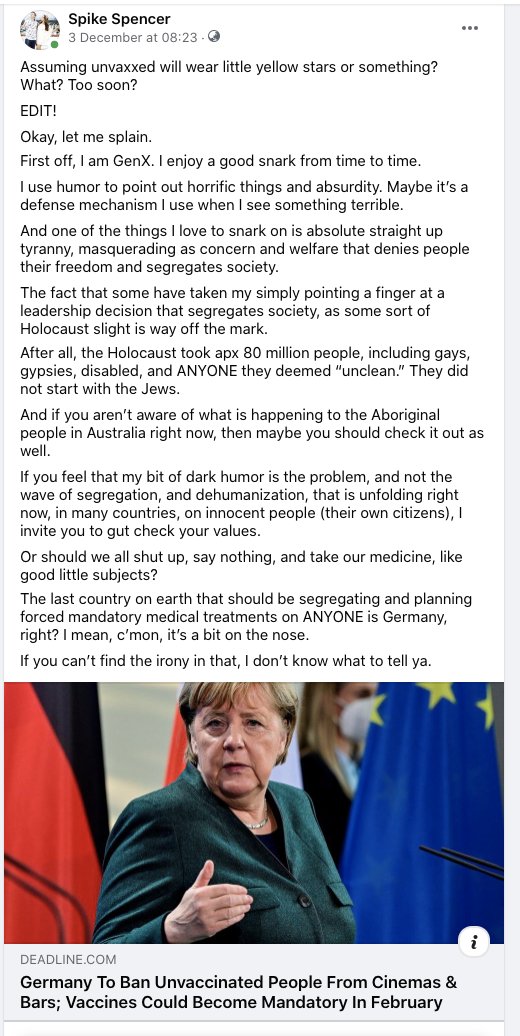 “And one of the things I love to snark on is absolute straight up tyranny, masquerading as concern and welfare that denies people their freedom and segregates society,” clarified the voice actor. “The fact that some have taken my simply pointing a finger at a leadership decision that segregates society, as some sort of Holocaust slight is way off the mark.”

He added, “After all, the Holocaust took apx 80 million people, including gays, gypsies, disabled, and ANYONE they deemed ‘unclean.’ They did not start with the Jews,” before referencing reports that Australia’s government has begun forcibly moving infected individuals to newly established ‘quarantine camps.’ “And if you aren’t aware of what is happening to the Aboriginal people in Australia right now, then maybe you should check it out as well.”

“If you feel that my bit of dark humor is the problem, and not the wave of segregation, and dehumanization, that is unfolding right now, in many countries, on innocent people (their own citizens), I invite you to gut check your values,” Spencer then stated. “Or should we all shut up, say nothing, and take our medicine, like good little subjects?”

“The last country on earth that should be segregating and planning forced mandatory medical treatments on ANYONE is Germany, right? I mean, c’mon, it’s a bit on the nose,” he concluded. “If you can’t find the irony in that, I don’t know what to tell ya.”

Related: Kadokawa Apologizes for President’s Support of Manga Censorship, Adamantly Clarifies That His Opinion Is “Not Related To Our Business Operation Policy”

Unsurprisingly, Spencer’s explanation did little to stem the wave of backlash he was receiving, all of which eventually prompted the actor to ultimately delete his initial post and apologize for making what he described as an “offhand snarky callous joke [that] inadvertently offended a lot of people.”

“It was meant 100% the opposite of how it was received,” he wrote in a December 6th Facebook post accompanied by a video in which he repeated a paraphrased version of his written apology. “I truly am sorry for offending anybody. I assure you, that was not my intention at all. I take great care to communicate and connect in a way that opens discussions, not arguments and attacks.” 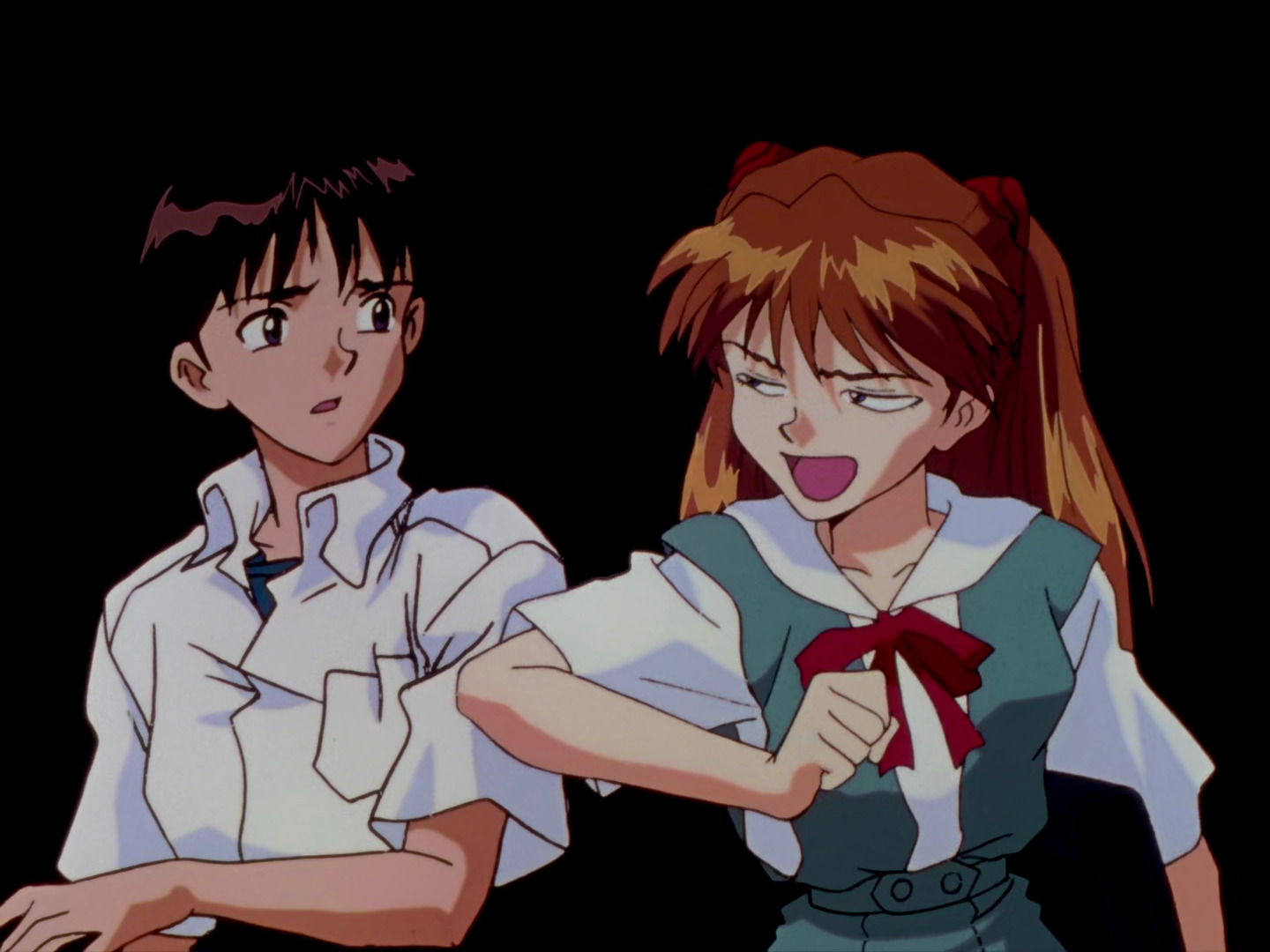 He then asked “for a little grace and forgiveness as I am hoping maybe you have posted, emailed, or texted something you wish you could take back,” ultimately affirming, “I own this blunder 100% and in the future I promise I will do better.”

“On a side note: thank you to my friends and followers who had an actual discussion with me about the optics of what I posted. I am all about constructive feedback and am open to growth,” he further wrote. “I took it and acted on it. And I hope this video is a reflection of that. I thank you for your guidance and civility.”

Conversely, turning “to those that simply attacked,” Spencer asked that they “look inward and realize how much you can maliciously hurt others.”

“I ask, would you say it to my face? No. No you wouldn’t,” he asserted. “ANYTHING I say to you or ABOUT you online, I will respect you enough to say it to your face. I never blindly attack or slander behind someone’s back. Those who know me know that. If you actually took the time to talk to me, you would too.”

Wrapping up his post, Spencer once again took responsibility for his actions, assuring both his fans and critics, “I screw up, I own it. Sincerely. Honestly. Humbly. And from the heart. I wish you all the best in all things.”

What do you make of Spencer’s apology? Let us know your thoughts on social media or in the comments down below!