A new rumor for Prime Video’s upcoming The Lord of the Rings series claims that one of Galadriel’s brothers plays a character named Adar, who is the leader of a band of orcs.

This new rumor comes from self-proclaimed Lord of the Rings scoopers Fellowship of Fans. The scoopers previously claimed that actor Joseph Mawle would be playing a character named Adar.

They revealed this character was an elf who had been corrupted and tortured, and was also the leader of a band of orcs.

In November, they tweeted, “Joseph Mawle is reportedly playing a character named ‘Adar’ (Amazon original name) and is an elf but ‘corrupted’ and ‘tortured’.”

“Joseph Mawle’s character ‘Adar’ was also on the human village sets for a while (the same ones the ‘hooded figure’ was on,” they added.

In a subsequent tweet they elaborated, “Adar (joseph Mawle) is apparently in charge of the orcs in this village and the orcs see him as a ‘father figure’ BUT Adar is not an orc, he is an Elf.”

“Coincidentally, ‘Adar’ in Sindarin translates to ‘father,’” they tweeted. 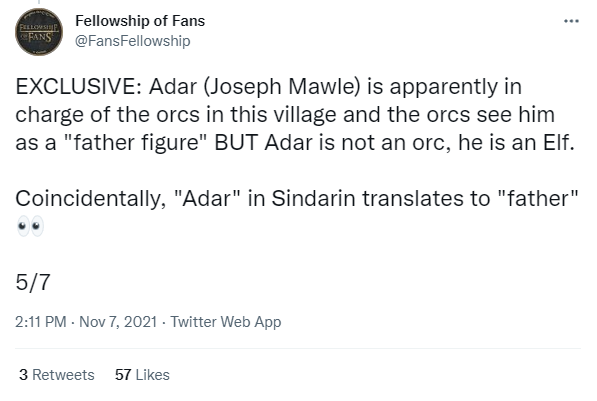 Now, in YouTube livestream, Fellowship of Fans provided some more details claiming Adar is actually one of Galadriel’s brothers.

In the livestream, Fellowship of the Fans panel member Lakhitia recaps who Adar is, “Apparently, he’s a warlord, tortured, corrupted. He used to be an elf. What exactly he is now, we don’t know. All in all he sounds like a villainous character. And we’ve heard that he’s going to be played by Joseph Mawle.

The Fellowship of Fans host then reveals “that Adar might be one Galadriel’s brothers.” 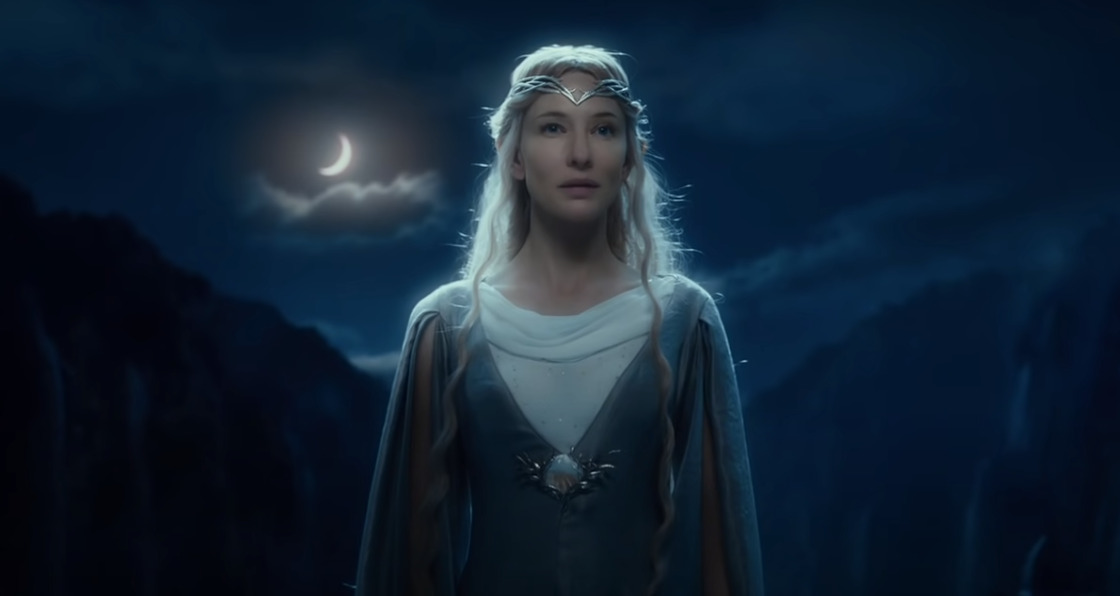 Galadriel had three brothers Finrod, Angrod and Aegnor. There was also a fourth named Orodreth as noted in The Silmarillion. However, author J.R.R. Tolkien later made changes to the character making him the son of Angrod.

Neither of the three brothers were leader of orcs. Finrod, who would be named Felagund by the dwarves, did battle against Sauron in songs of power. He would be defeated, but his identity would not be revealed and Sauron would cast him and his companions “into a deep pit, dark and silent, and threatened to slay them cruel, unless one would betray the truth to him.”

Sauron would sick a werewolf on the companions and the foul beast even devoured one of his companions, but none of them betrayed Finrod. In fact, when it was just he and Beren left alive, Finrod would break free of his chains, and slay the wolf.

Unfortunately, the werewolf would deliver a fatal blow to him and he would perish at Tol-in-Gaurhoth.

As for Angrod and Aegnor they would stand against Morgoth and perish in the Battle of Sudden Flame or Dagor Bragollach when Morgoth’s army led by Glaurung, the father of dragons, broke the siege of Angband.

Tolkien writes in The Silmarillion, “The sons of Finarfin bore most heavily the brunt of the assault, and Angrod and Aegnor were slain; beside them fell Bregolas lord of the house of Bëor, and a great part of the warriors of that people.”

While Fellowship of Fans did not reveal which brother would become Adar in Prime Video’s adaptation of Tolkien’s works, they did claim it would not be Finrod.

They wrote on Twitter, “UPDATE: We can provide an update that Adar is NOT Finrod but is still one of ‘Galadriel’s brothers’ Hope this helps.”

When questioned why Prime Video would do this to one of Galadriel’s brothers when none of them served a Dark Lord, Fellowship of Fans explained, “Well you have 8 episodes in season 1, they will have to do stuff like this. The sooner people come to this realisation- the better.” 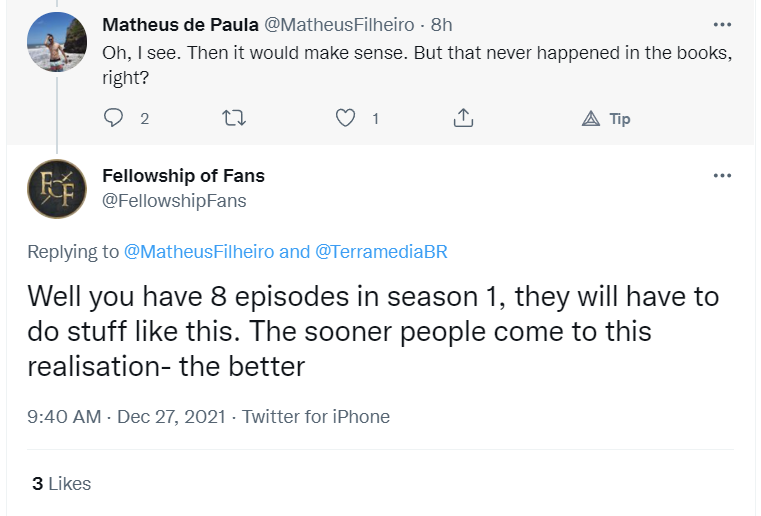 What do you make of this new rumor that one of Galadriel’s brothers will become corrupted and be shown as a leader of orcs?

NEXT: Film Updates Claims Peter Jackson’s The Lord Of The Rings Films Are “Steeped In Racist Imagery”