DC Comics writer Vita Ayala, who is currently writing Nubia & The Amazons, Wonder Woman, and Batman: Urban Legends, exposed her bigotry when she declared that no “cis dudes” should apply for an associate editor position at Marvel. 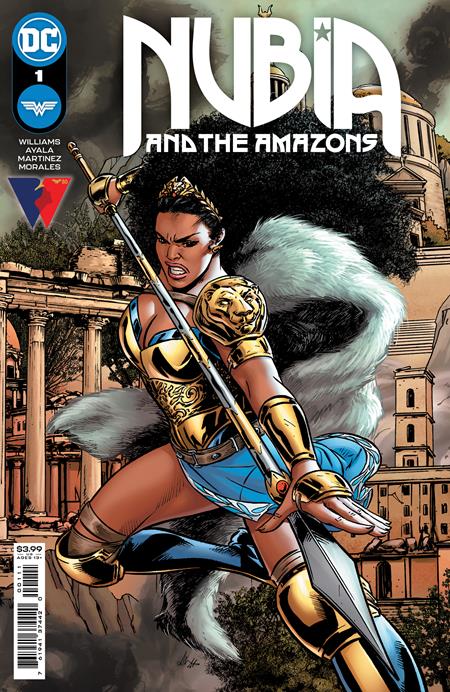 Source: Nubia and the Amazons #1

The job description, which has now been removed from Disney’s website stated, “Marvel Entertainment is seeking a pop culture expert to join Marvel Digital Media in the role of an Associate Editor.”

“Responsible for the creation and curation of content on Marvel.com, the Associate Editor must be an expert in the Marvel Universe with deep knowledge of Marvel characters across comic books, video games and more, in addition to the larger universe of fandom,” the description concluded. 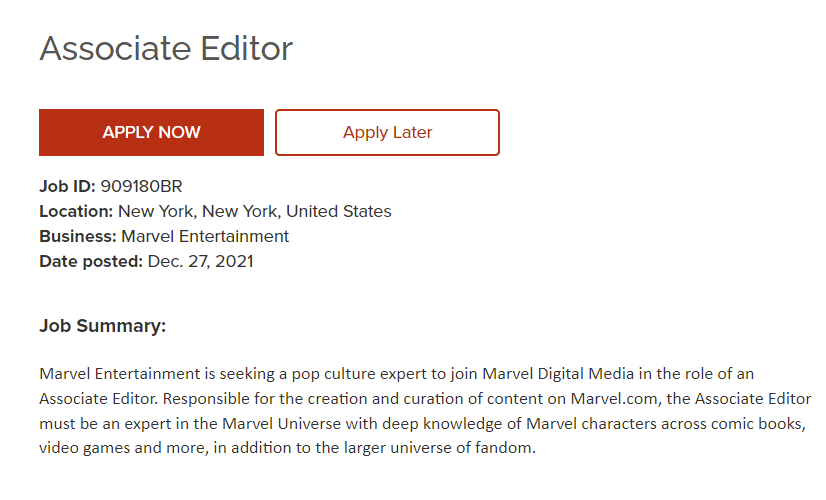 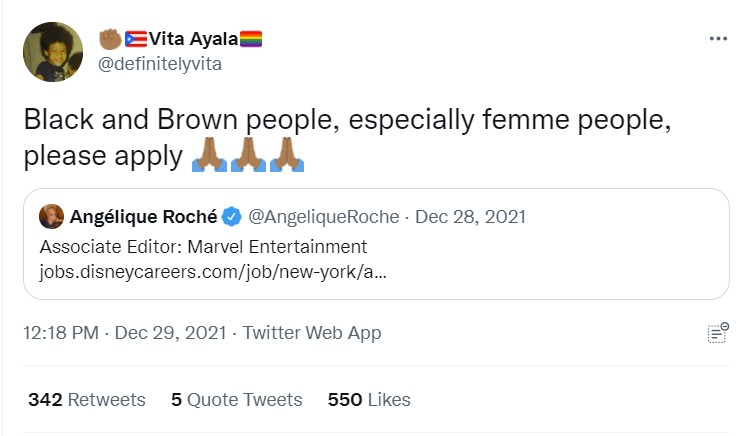 In a follow up tweet, Ayala wrote, “The fact that people are angry that I tweeted that Black and Brown people should apply and call it racism is funny and sad at the same time.”

“I hope they figure themselves out sometime soon, because they are only telling on themselves with that nonsense,” the tweet reads. 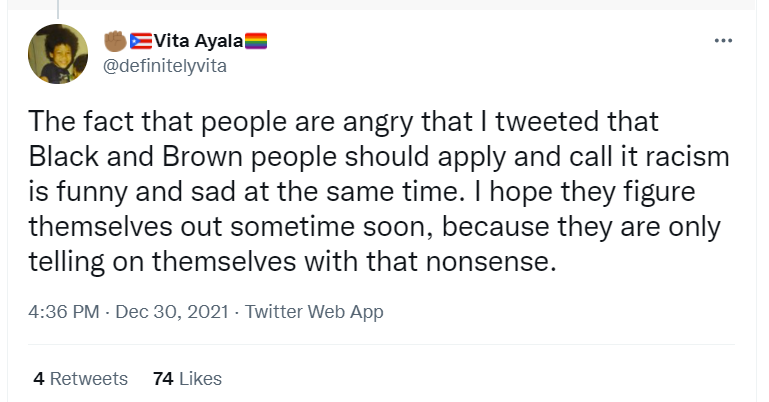 RELATED: Nubia And The Amazons Writer Canonizes Existence Of Trans Amazons On Themyscira

However, Ayala would make her bigotry and prejudice against “cis dudes” clear in a separate tweet when she wrote, “Black and Brown people, queer people, people that are not cis dudes, and any combo of the above, if you are even a little curious about being an Associate Editor for Marvel, click through.”

“Apply. You are needed,” she asserted. 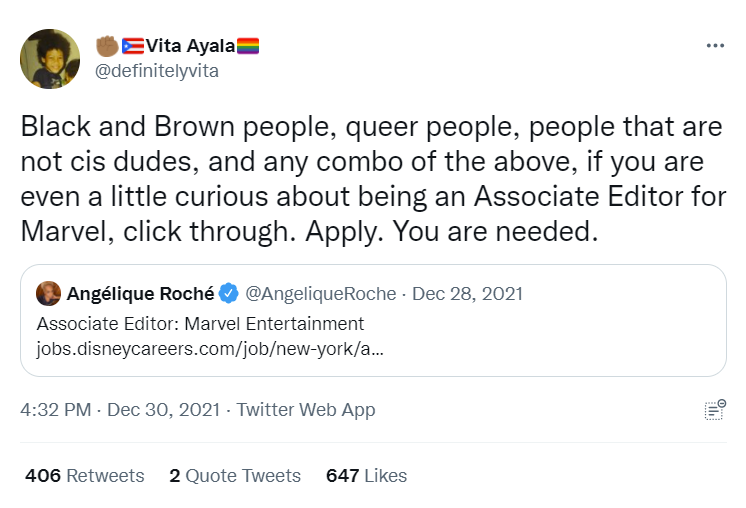 In a moment of sheer irony, Ayala then accused her critiques of bigotry while doubling down on her own.

She tweeted, “Bigots loathe the idea of Black and Brown people, queer people, non-cis dude people, and any intersection of the above apply for this job.”

“They EXTRA despise that I (an Afro-Puerto Rican trans non-binary person who works in the industry) am encouraging the above to apply,” she claimed. 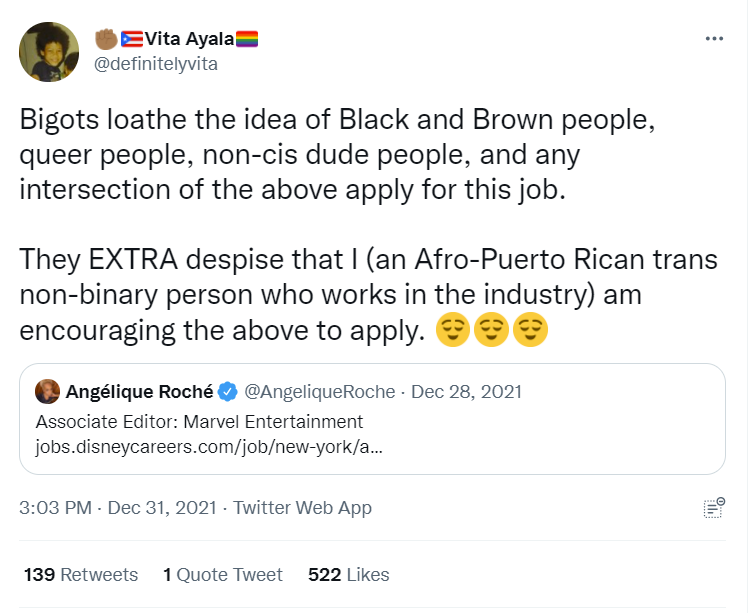 What do you make of Ayala’s tweets and her prejudice against “cis dudes?”

NEXT: Chuck Dixon: “DC And Marvel Seem To Be In Some Sort Of A Suicide Pact With Themselves To Destroy American Comics”