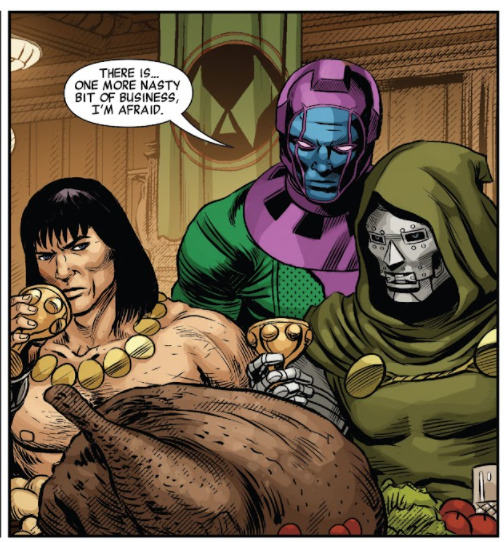 Zircher took to Twitter, where he wrote, “In America, not all Republicans are Nazis. But all Nazis are Republican.”

A few hours later Zircher would comment on Indiana State Senator Scott Baldwin’s recent comments during a committee hearing. He wrote, “Republican Senator Baldwin’s let’s ‘be impartial about Nazis’ comment made national news and the local news, owned by Republicans, did not report a single word about it.”

In an edited video of the hearing, posted to Twitter by Matt Bockenfeld, a teacher who testified at the hearing, Bockenfeld concludes the answer to a question saying, “We are not neutral on Nazism. We take a stand in the classroom against it and it matters that we do.”

Baldwin responded, “I’m not discrediting, as a person, Marxism, Nazism, Fascism. I’m not discrediting any of those isms out there. And I have no problem with the education system providing instruction on the existence of those isms. I believe that we’ve gone too far when we take a position on those isms as it relates to – we need to be impartial. Again, I am going to use this term. We need to be the purveyors of reason. We just provide the facts. The kids formulate their own viewpoints.”

I hoped that I was wrong, but instead my fears were confirmed.

Here is a sitting senator insisting teachers can only “provide instruction on the existence” of Nazism, but “we’ve gone too far when we take a position on” it pic.twitter.com/VJfKAuOFXX

Baldwin would clarify his comments through a written statement posted to Twitter, “I unequivocally condemn Nazism, fascism and Marxism. When I said in the meeting, ‘I’m with you on those particular isms’ that is what I meant to convey.”

“As someone who fought to defend our democracy, I agree teachers should condemn those dangerous ideologies and I sincerely regret that I did not articulate that and apologize for that,” he continued.

He added, “We absolutely need to teach our children about the tragedies of the past, which is why legislation in its current form specifically protects the teaching of historical injustices. I said Wednesday that we need to listen and be open to changes that can improve the bill, and we are working on amendments to that end.” 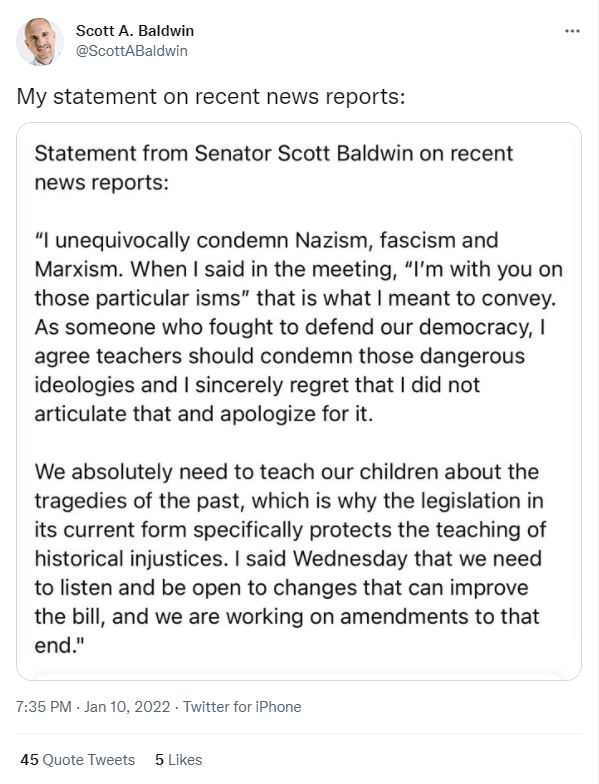 As for Zircher’s claim that all Nazis are Republicans, it’s absurd on its face, and anyone claiming as such is not a serious person.

The Nazi party or the National Socialist German Workers’ Party was a political party in Germany between 1920 and 1945. Adolf Hitler became the leader of the party in 1921 and would eventually be appointed Chancellor of Germany in 1933.

In 1934, Hitler combined various German political and Nazi party offices into one giving himself the title of Führer und Reichskanzler. He would lead Germany into World War II, where they would eventually be defeated primarily by the Soviet Union, the United Kingdom and its Commonwealth of Nations, and the United States of America. 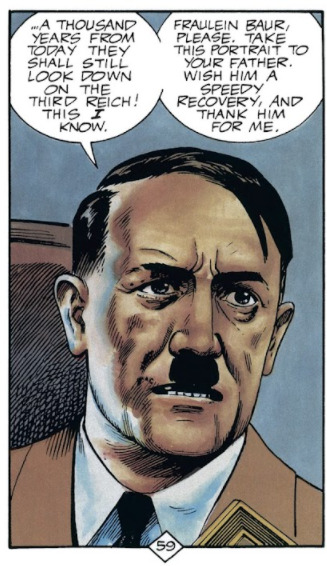 Following the German defeat in World War II the Nazi party was abolished on October 10, 1945 by the Allied Control Council.

Article I of Law No. 2 of the Control Council states, “The National Socialist German Labour Party, its formations, affiliated associations and supervised agencies, including para-military organizations and all other Nazi institutions established as instruments of party domination are hereby abolished and declared illegal.”

“The Nazi organizations enumerated in the attached Appendix, or which may be added, are expressly abolished,” it added.

Finally, Article I concluded, “The reforming of any of the organizations named herein, whether under the same or different name is forbidden.” 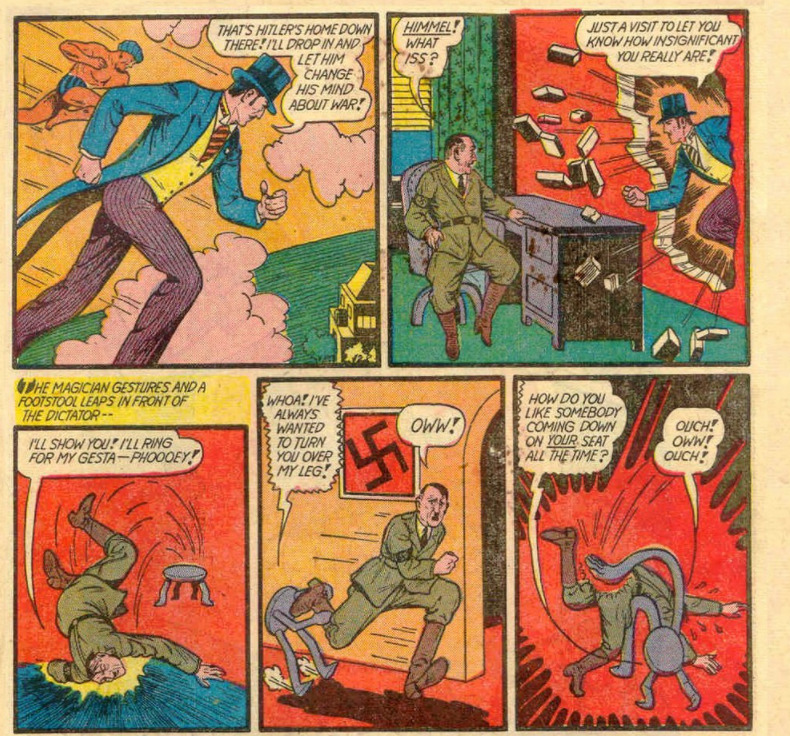 An organization called the American Nazi Party was founded in the United States by former Navy commander George Lincoln Rockwell back in March 1959. Rockwell would attempt to run for President in 1964 and eventually be assassinated by John Patler in 1967.

Another organization called the National Socialist Party of America was founded in 1970 by Frank Collin, who had previously been a member of the American Nazi Party.

As you can guess, none of these organizations are associated with the Republican Party. 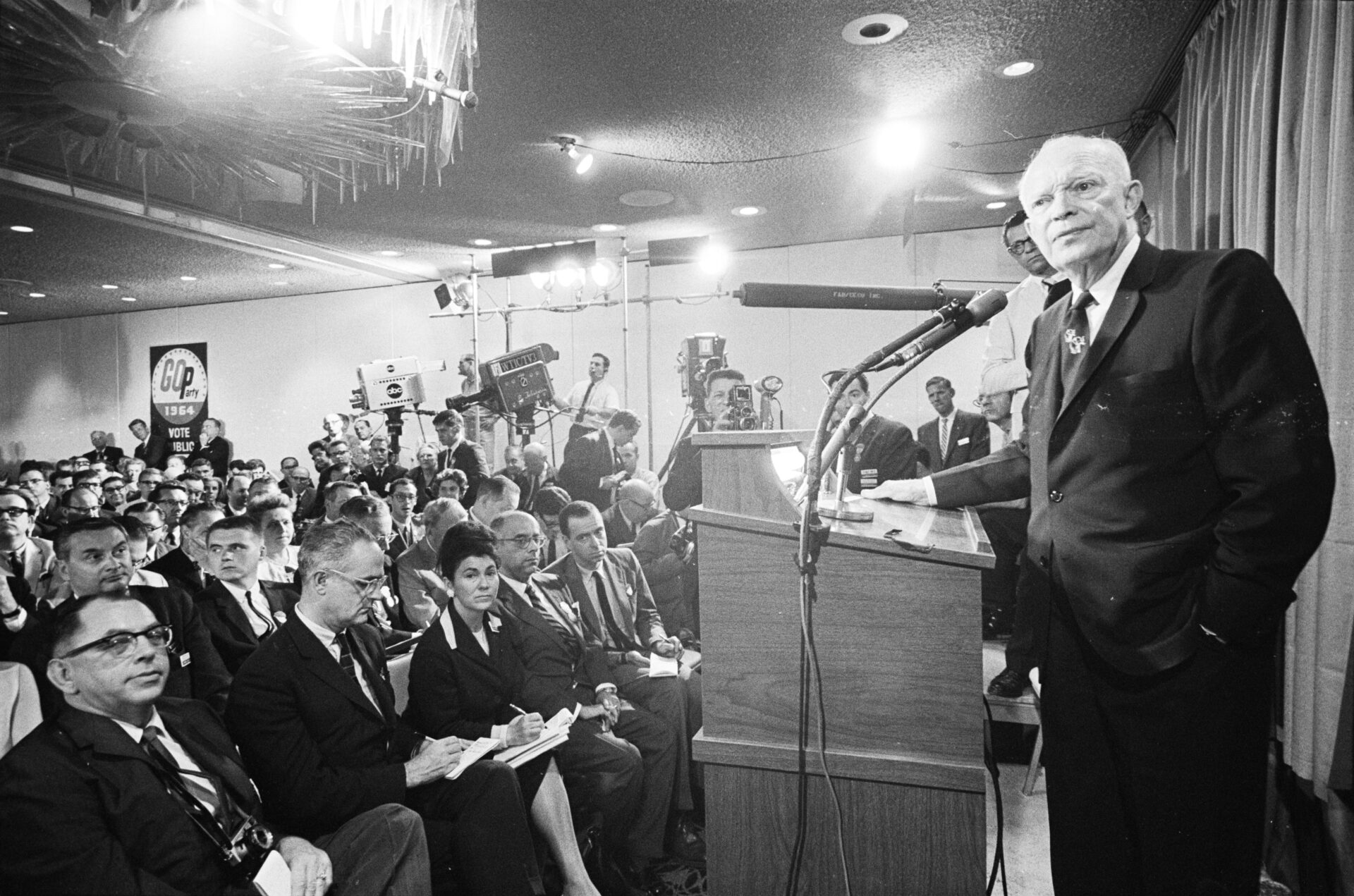 Interestingly enough, Dwight D. Eisenhower, the Supreme Commander of Allied troops that attacked Nazi Germany through France and eventually defeated them in Berlin alongside the Soviet Union who had attacked from the east, became the 34th President of the United States. He was a member of the Republican Party. 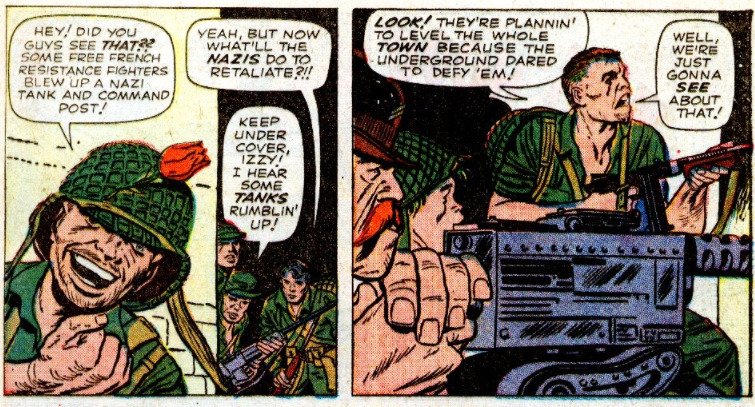 Despite this, Zircher is not the only person to make such absurd claims.

Infamously, The Mandalorian actor Pedro Pascal compared supporters of President Donald Trump to Nazis and Confederates in an Instagram post. 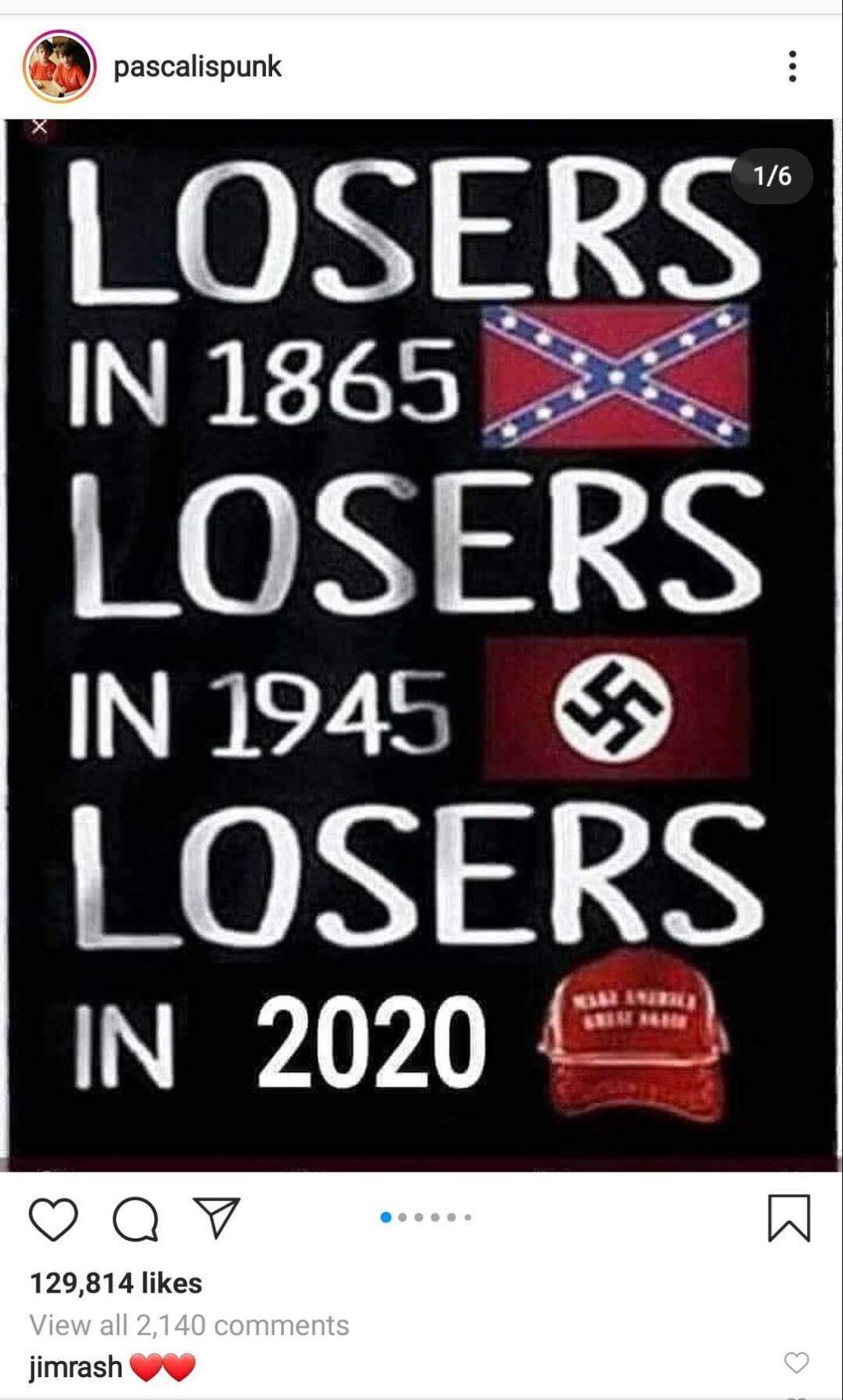 What do you make of Marvel Comics artist Patch Zircher making this absurd claim?