Zorro is astonishingly a hot property right now with a handful of different projects in the works, one of which is a retelling of the same basic story with a female lead. 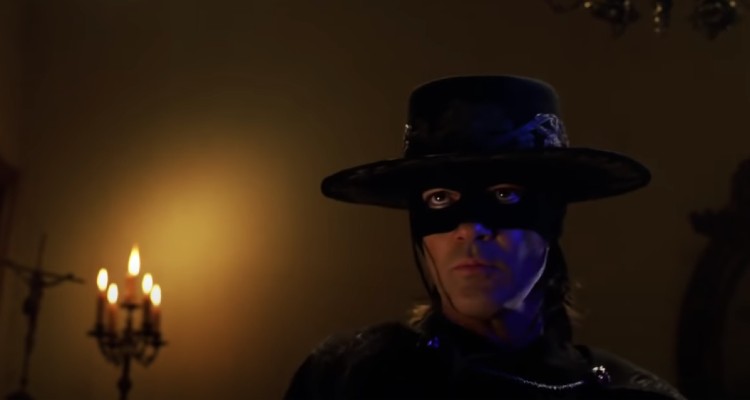 Alita: Battle Angel director Robert Rodriguez is behind it at CBS Studios and they really want it to take off which is why, according to Deadline, they are moving it over to The CW.

The “gender-swapped reimagining of the classic masked vigilante character” comes from Rodriguez, his writer-director sister Rebecca known for Snowpiercer and Queen of the South, Mayans MC writer Sean Tretta, and Propagate Entertainment.

Tretta, a new recruit to co-write the screenplay, is the latest to join the gestating production that had previously been in development at NBC with Sofia Vergara attached and co-producing. Vergara is no longer involved and Tretta will serve as the showrunner. 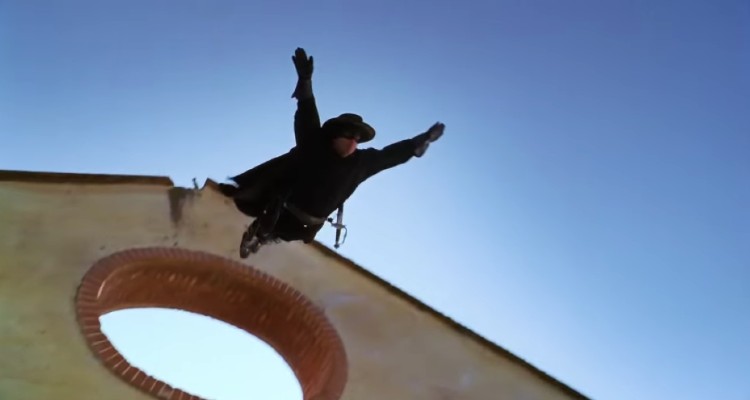 RELATED: YouTuber RazörFist Calls On People To Reject Modernity And Modern-Day Marvel And DC Superheroes In Favor Of Pulp Heroism

He is also the husband of B-movie scream queen Tiffany Shepis, known for over a hundred low-budget films including James Gunn’s Tromeo and Juliet, Victor Crowley, and Tretta’s works M Is For Matchmaker and 12 Monkeys. It wouldn’t be a surprise to see her pop up in Zorro in some capacity.

Rebecca Rodriguez is to direct and write the script with her sibling and Tretta. John Gertz, the President and CEO of Zorro Productions, Inc., serves as executive producer along with the trio and several others through Propagate.

Gertz has other Zorro coals in the fire with the film Zorro 2.0 that brings the pulp Hispanic crusader into the modern era as a migrant hacker fighting a conspiracy and a more traditional show for Disney Plus starring Wilmer Valderrama. 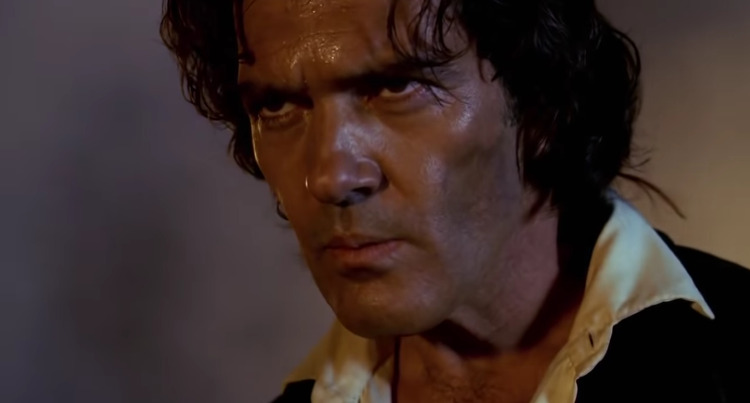 The now-christened CW take centers on heroine Sola Dominguez who “joins a secret society and adopts the outlaw persona of Zorro” to fight against criminal organizations and for social justice, after witnessing her father’s murder said Deadline in coverage from 2020.

While the concept could be good if worked right, the show is already running into trouble. In marketing, they made the mistake of using the racial slur “Latinx” to describe the young female inheriting the hero’s mantle.

As YellowFlash of YouTube fame points out, you see the term all over the media but woke, often white, leftist or liberal journalists and activists are the ones normally using it whereas Latinos don’t like it at all.

Surveys show most Hispanics have never heard the word before and only 3 percent use it. More consider it a racial slur that is forcing gender neutrality on Spanish speakers when their language has clear distinctions between masculine and feminine – as common languages do.

“Latinx” began trending on Twitter when the updated Zorro news broke and all hell broke loose along with it. Responses to Deadline’s tweet featuring the story were outraged about a term only used by non-Hispanics in academia being forced on a community by corporate America. 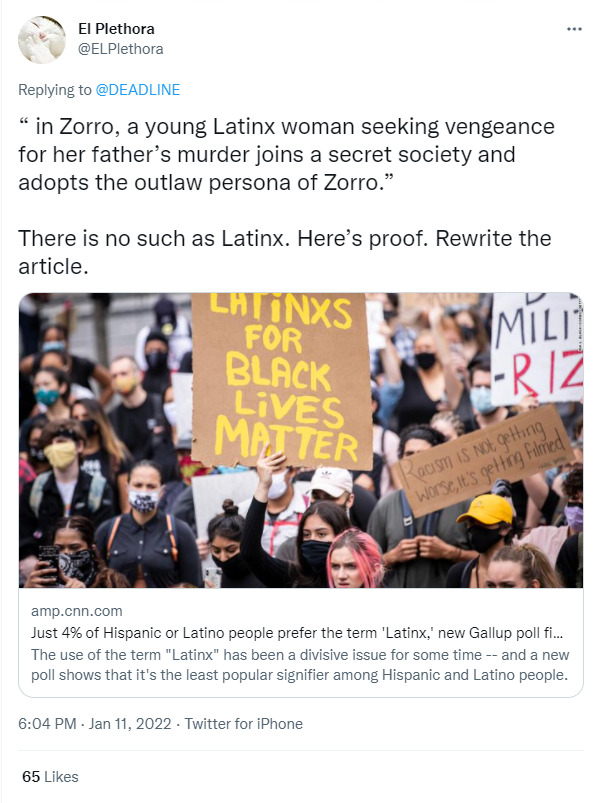 Between the “2.0” reboot and this series for CW, it sounds as if the aim, with cooperation from Gertz, is to make the franchise more woke – or mainstream in their Hollywood minds – which few are going to want to see happen to this treasured character whose legacy goes back generations. 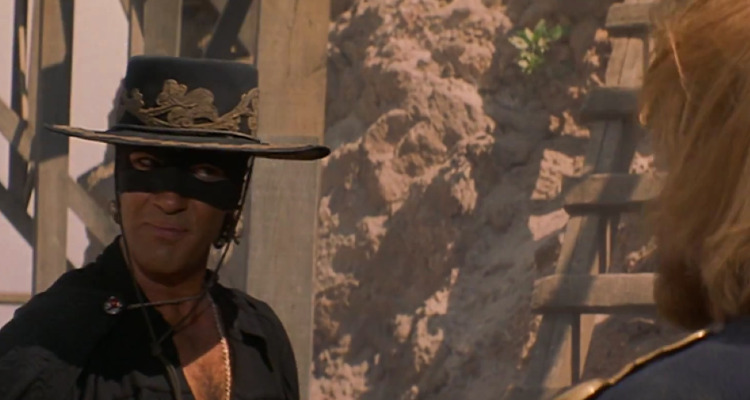 NEXT: New Zorro Film Going High-Tech While TV Series From Disney To Be More In Line With The Swashbuckling Roots