Digital board game Pandemic has been pulled from all available video game platforms for “a multitude of reasons that [the publisher] cannot disclose,” though developer Asmodee Digital has hinted that one such reason concerns the game’s current quality. 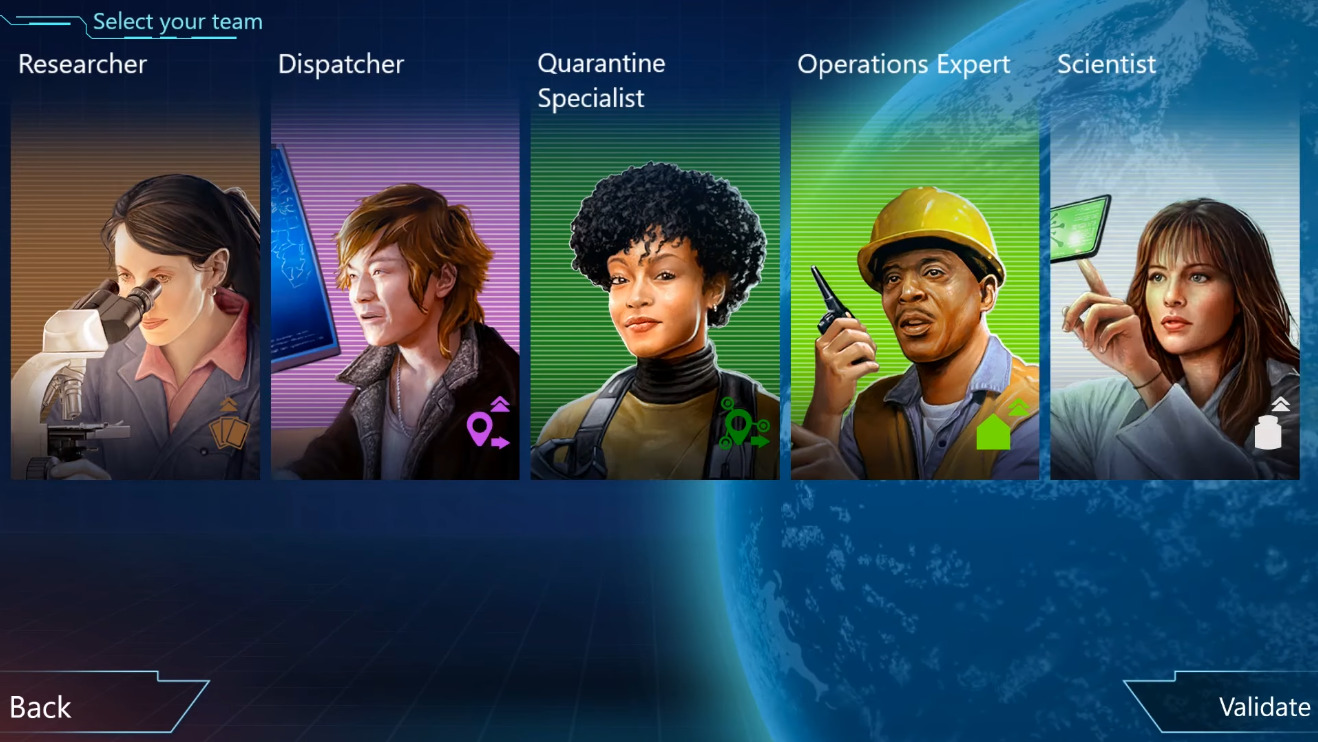 First released in 2007 and made in collaboration with Asmodee Digital, the Z-Man Games-developed board game tasks players with preventing global disease outbreaks and epidemics, doing your best to keep most of the population alive. Since its initial release, the game has seen three expansions, received the Hot Zone spin-off series for a shorter and more portable experience, and spun-off stand-alone titles based on specific locales, historical periods, and fantasy settings.

The cooperative digital board game has already been removed from PC (Steam) and smartphones (App Store and Google Play), with a delisting from the Microsoft Store and Xbox Games Pass set to pass by the end of January and a removal from the Nintendo Switch eShop by July 2022. 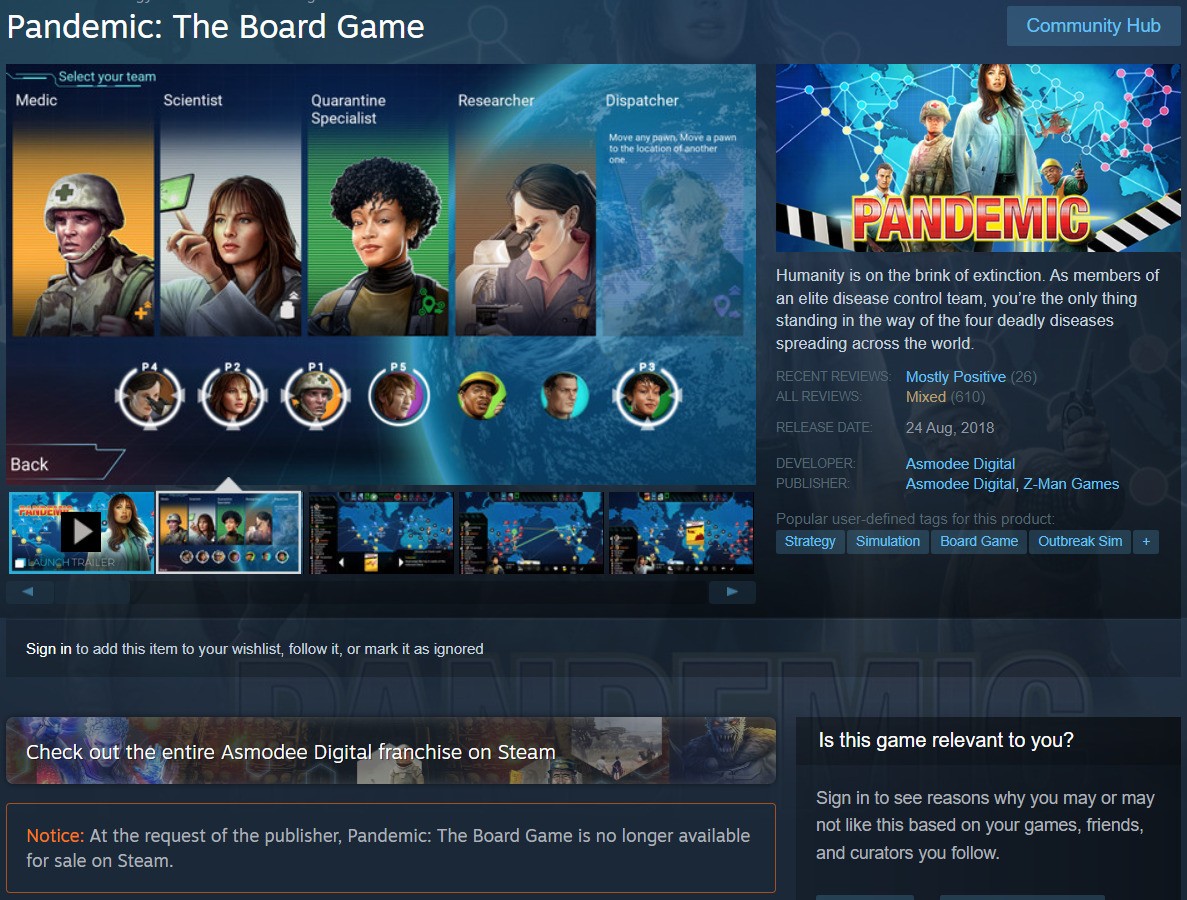 Unsurprisingly, players have lamented the game being pulled. In one Steam thread, a user speculated that Asmodee Digital’s license had run out, even though the game launched on Steam just three years ago.

The Steam store page says the game is no longer being sold “at the request of the publisher,” and PC Gamer reports Asmodee Digital removed the game from their website around November to December 2021. 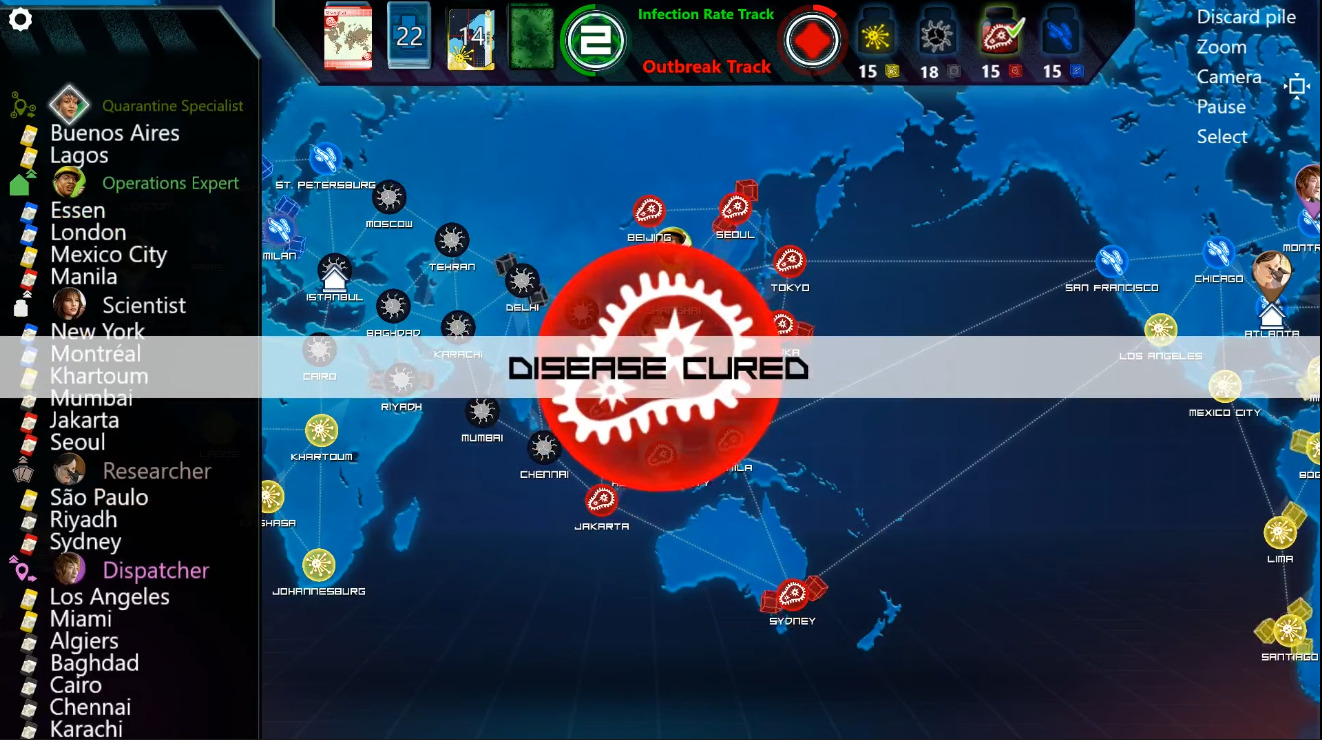 In an automated reply shared by Reddit user /u/bad_boy_barry, who claimed to have instantly received the message after emailing Asmodee Digital support for more information, it was revealed- or rather wasn’t- that even Asmodee could not state why the game was being pulled.

“First of all, we want to thank you and all the Pandemic players for your loyalty and support over time,” the alleged response began. “Unfortunately, we are taking the Pandemic app off the stores. We have worked hard over 4 years on Pandemic and withdrawing it from the stores has not been an easy choice.”

“This decision was made with a heavy heart for a multitude of reasons that we cannot disclose,” the developers added.

Asmodee Digital, along with confirming other delisting dates, also emphasized those that already own the game on Steam will continue to have access to it, and re-download it if later uninstalled. /u/bad_boy_barry also explained how users could re-download the game on iOS if they already owned the game. 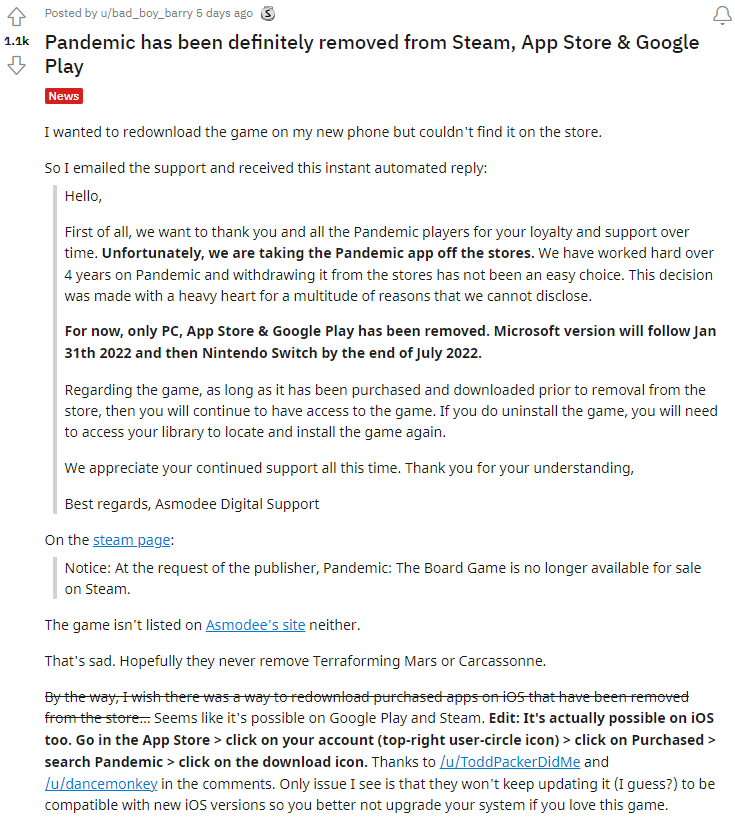 This vague reasoning was further alluded to in a statement provided to IGN, wherein Asmodee Digital explained, “The Pandemic app was released 9 years ago, and we no longer feel the current quality and reliability of the game is on par with what Pandemic deserves on digital platforms.”

“The time has come to make way for the digital future of Pandemic, ” they concluded. 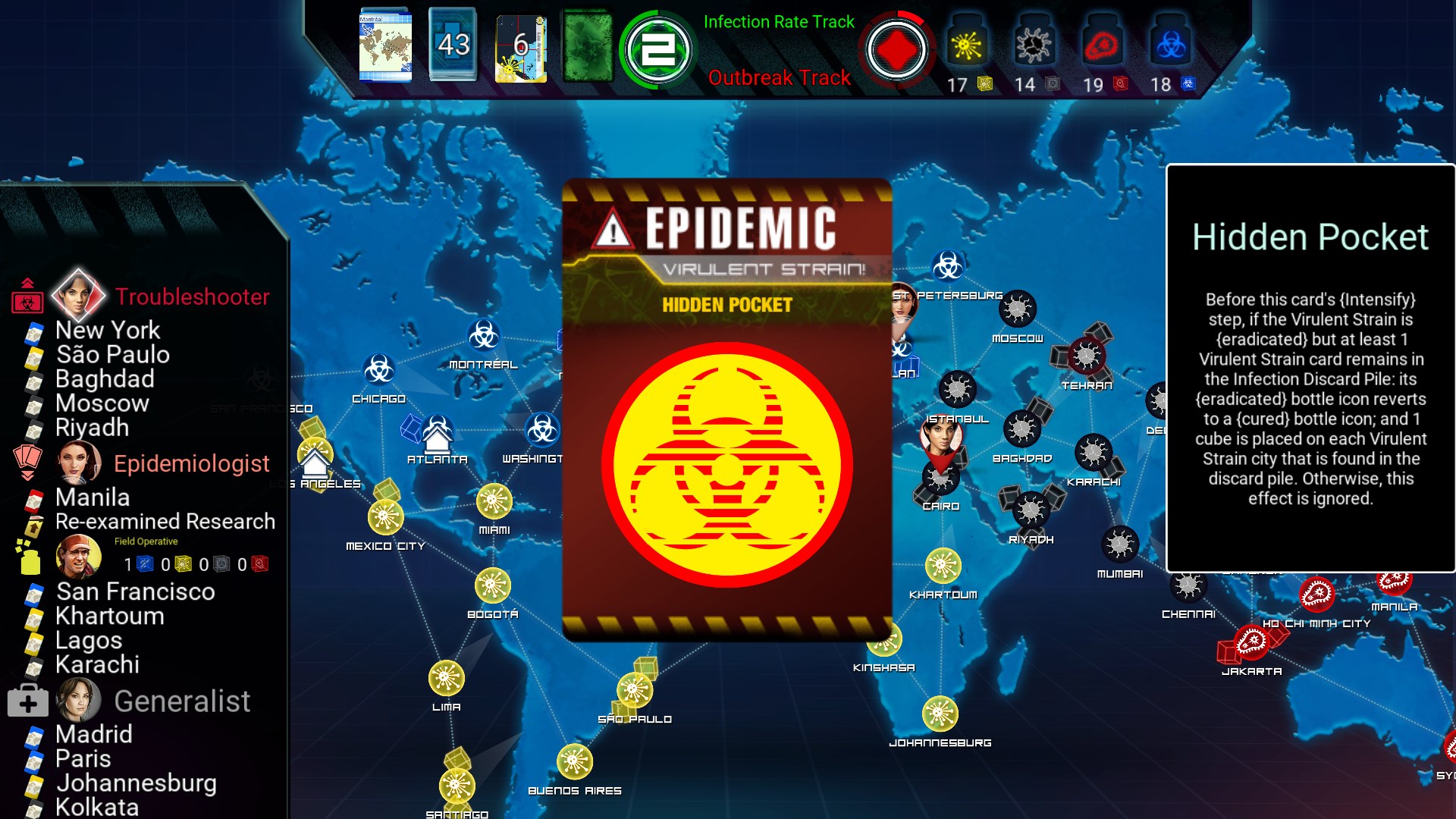 One of the “multitude of reasons” isn’t hard to imagine: since the start of the COVID-19 pandemic, pandemics and diseases have become a delicate subject in media. The game’s July 2019 announcement trailer even begins with the narration, “It all started with a sniffle, and now we’ve got a global pandemic on our hands.”

This sensitivity even caused Rainbow Six Quarantine to undergo two name change, once internally to Parasite and finally, to Extraction upon release.

In another instance, Plague Inc., a game about which tasks players with engineering a disease to wipe out as much of humanity as possible without killing too many to effectively stop the spread, was removed from the Chinese App Store and Steam for “content that is illegal in China.”

NDemic Creations, the developers of Plague Inc. would go on to donate $25,000 in efforts to fight COVID-19, and introduce a new mode that allows players to contain outbreaks instead, developed with help from experts from the World Health Organization and others. 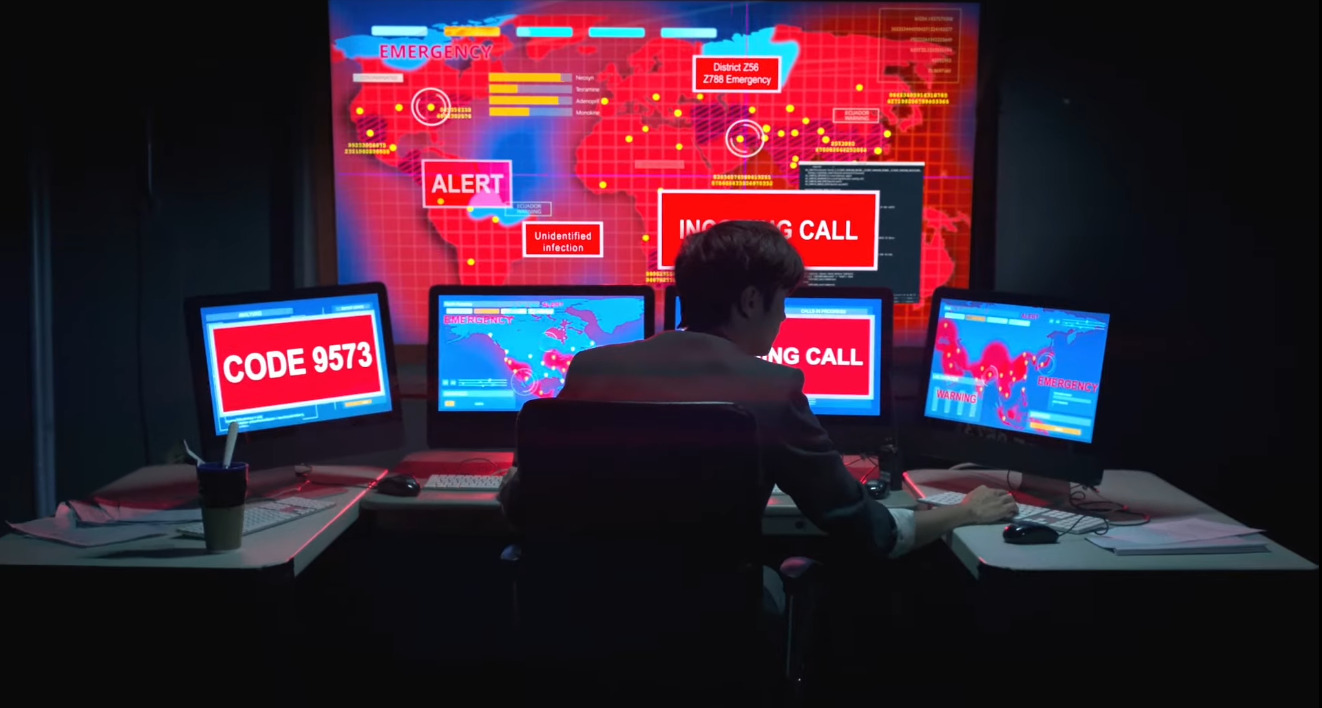 Currently, the game is still available  -and free – via Board Game Arena, a browser-based platform which Asmodee Digital bought last year.

Why do you think Pandemic was pulled? Let us know on social media and in the comments below.

NEXT: G4 Host Indiana Black Claims Viewers Are Unconsciously Biased Against Her Because She Is“ Not As Bangable As The Previous Hosts”