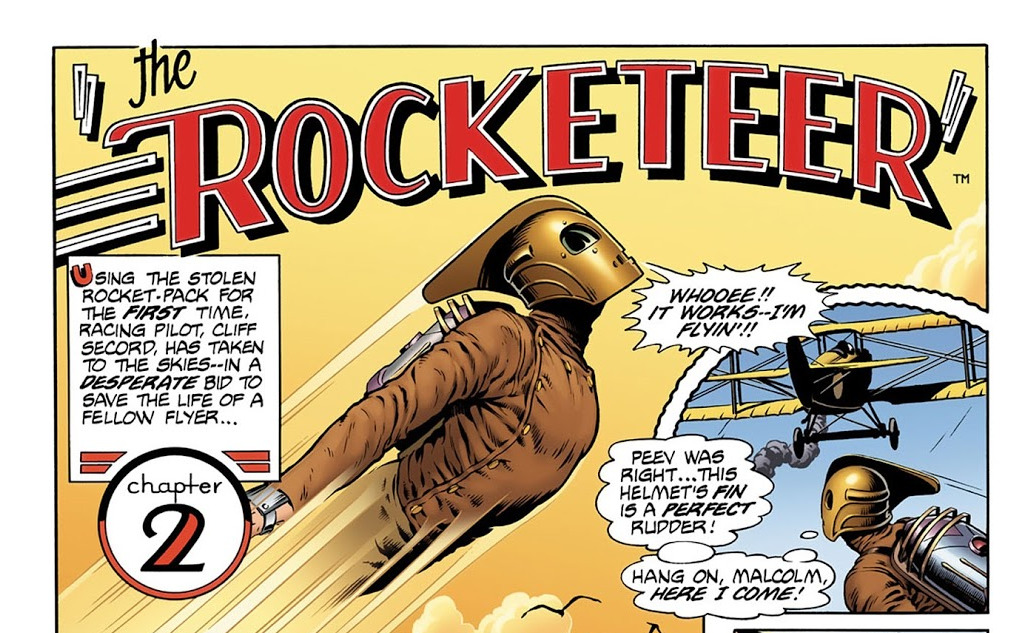 In a press release, IDW detailed that The Rocketeer: The Great Race will be a four-issue comic book miniseries from writer and artist Stephen Mooney.

The official description for the series states, “In The Great Race, stunt pilot Cliff Secord returns to a West Coast steeped in paranoia over the looming war in Europe. Having finally had enough of his near-death scrapes as the high-flying Rocketeer, the only thing in Cliff’s crosshairs is a prestigious, winner-take-all air race that runs from California to France! ”

“Maybe it’s finally time to smarten up and fly straight… by taking his best girl Betty to Paris! But other parties want to win the race for their own nefarious ends, and Cliff will need to decide which prize is truly the most valuable of all,” the description adds.

Along with the main story, IDW detailed that each issue of the miniseries “will contain an oral history featuring Dave Stevens’s friends, family, and fellow artists, all culled together by Kelvin Mao, the director of the forthcoming documentary on the beloved artist!” 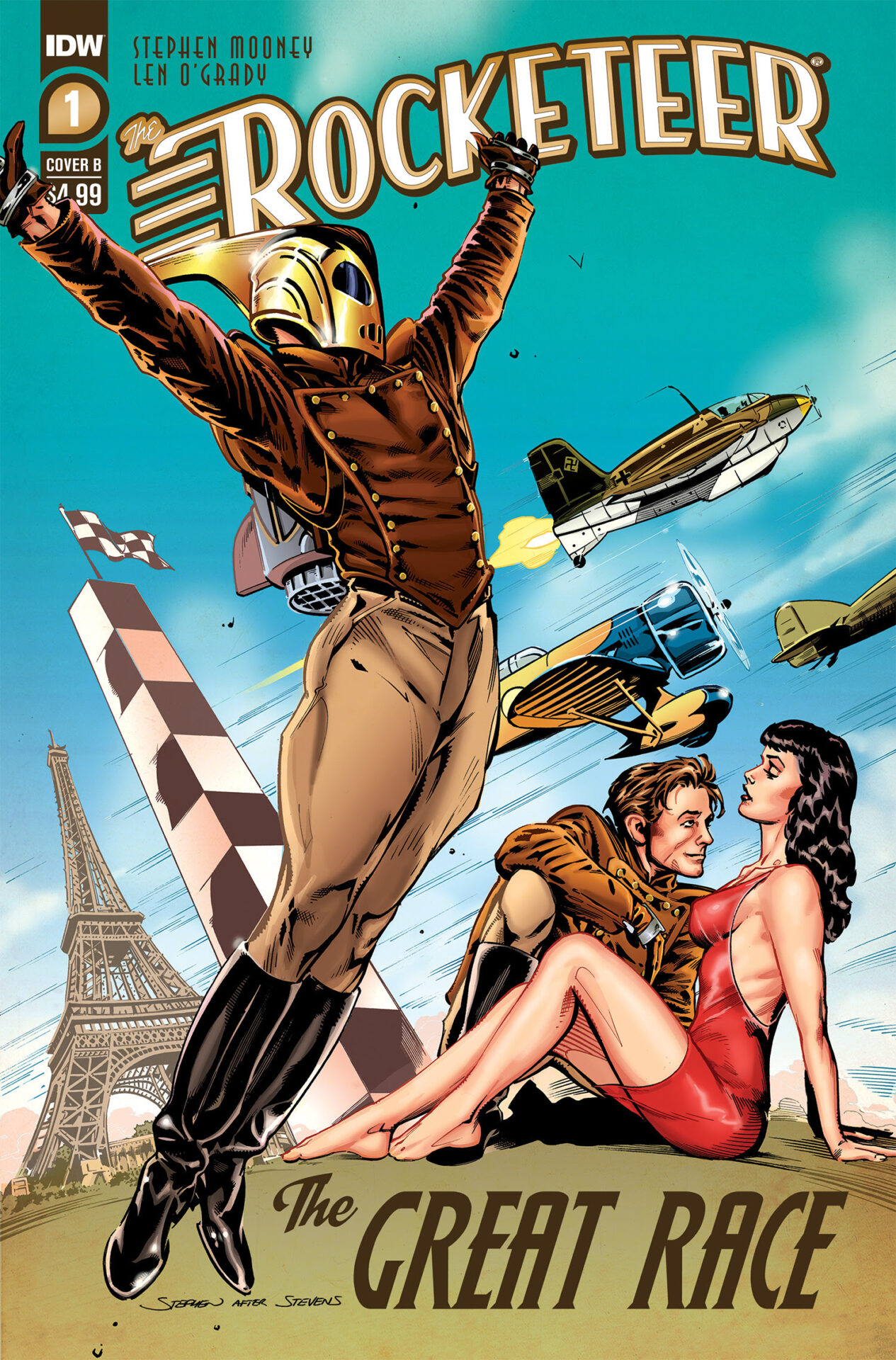 Source: The Rocketeer: The Great Race

Mooney shared his love for the original The Rocketeer series in a statement, “Writing and drawing a Rocketeer book has long been somewhat of a bucket-list item for me. I grew up on Dave Stevens’ unique blend of swashbuckling derring-do and pulpy adventure with Cliff, Betty, and Peevy, and those seminal issues still stand today as one of my favorite series of all time.”

He added, “It’s incredibly daunting and yet also fantastically thrilling and a real challenge. Let’s take to the skies!”

IDW editor Scott Bunbier also stated, “Stephen Mooney has a love and affinity for The Rocketeer, and the time period the iconic character inhabits… all of which is abundantly evident in the story he has crafted. It’s a fun-filled romp, one I think Dave Stevens would enjoy!” 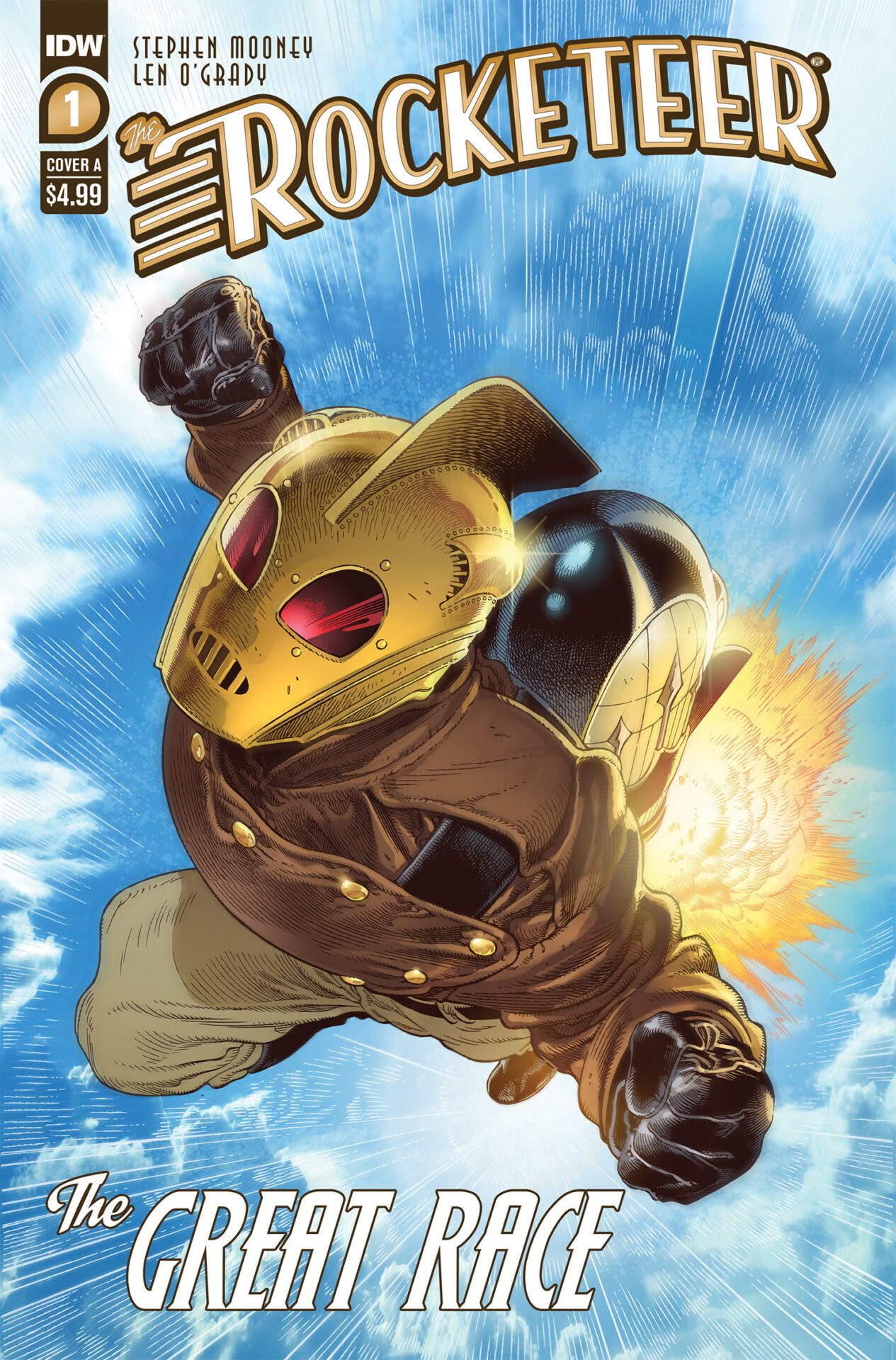 Source: The Rocketeer: The Great Race

The first issue of The Rocketeer: The Great Race will feature covers by Gabriel Rodriguez and Mooney. There will also be a blank sketch edition as well as a retailer incentive edition featuring virgin artwork by Rodriguez.

The first issue is expected to debut in April. 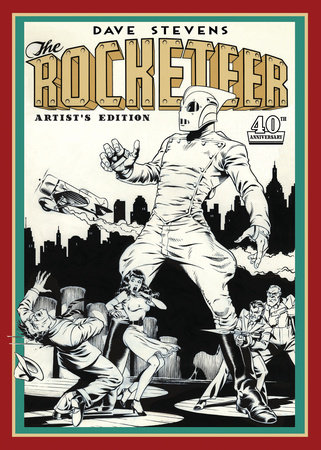 Alongside the debut issue of The Rocketeer: The Great Race, IDW will also be publishing an encore release of Dave Stevens’ The Rocketeer Artist’s Edition.

In their press release, IDW states, “Long out of print, this completely redesigned reissue of the long-out-of-print Artist’s Edition reproduces an integral work of comics history, meticulously scanned from the original art.”

NEXT: YouTuber RazörFist Calls On People To Reject Modernity And Modern-Day Marvel And DC Superheroes In Favor Of Pulp Heroism