A Genshin Impact beta tester turned leaker has claimed that Yelan will debut as a 5-Star Hydro Bow user in the upcoming Update 2.7. 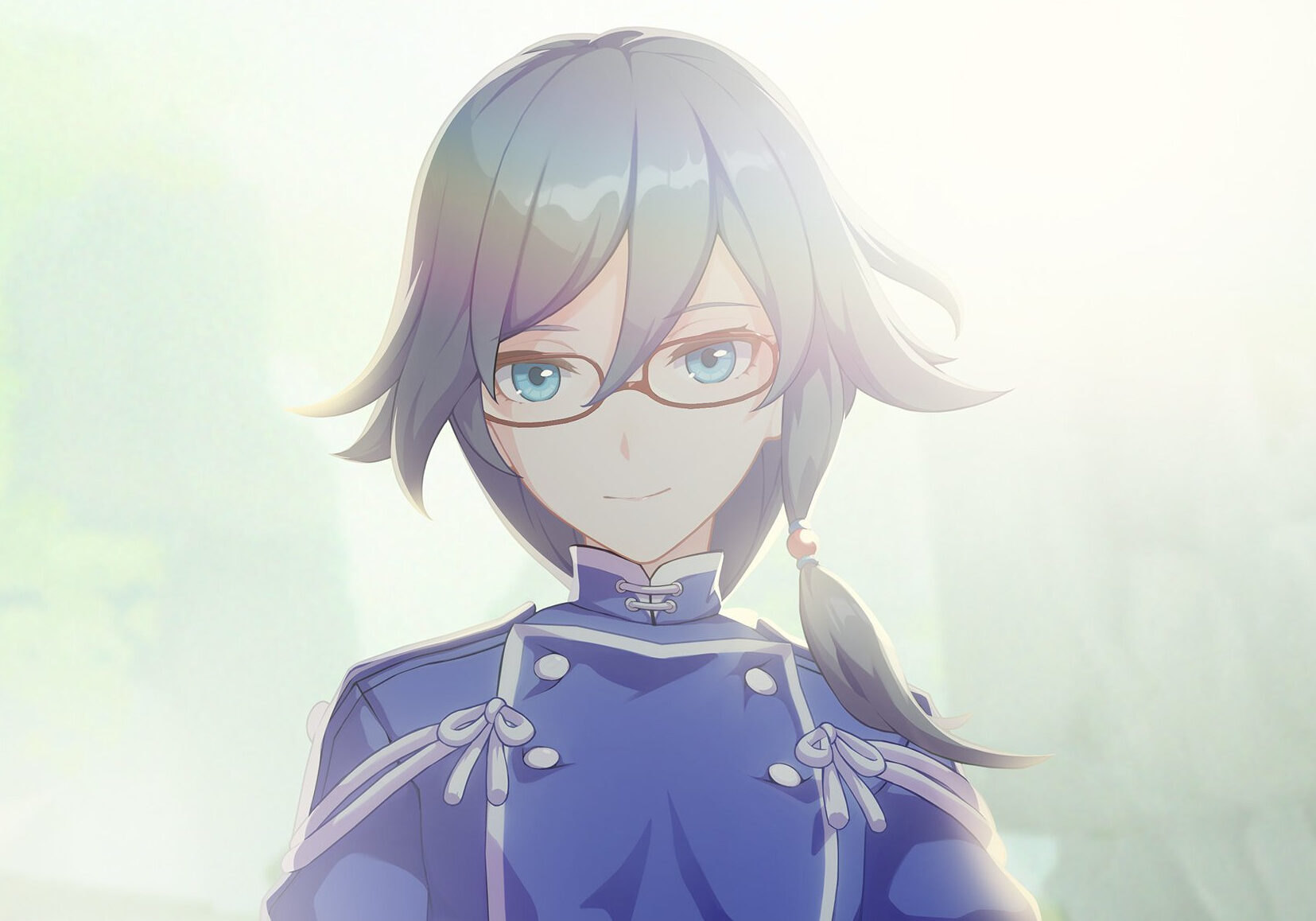 Related: YouTuber Yakkocmn Argues Genshin Impact “Shouldn’t Be Marketed As A Game, It Should Be Regulated Like A Gambling Product”

Yelan was first teased in September of last year thanks to an appearance alongside the later officially-revealed Yun Jin in a datamined cutscene focused on Xiangling and her companion Guoba.

While fans expected Yelan would be available in update 2.4, the update came and went on January 5th with no sign of the new character.

However, recent leaks from the Wangsheng Funeral Parlor leaker group – whose previous claims have proposed the future introduction of Kamisato Ayato, Ayaka’s brother, to the game as another 5-star Hydro user, alongside 4-star Heizou of the Tenryou Commission – have provided more insight into her potential arrival date. 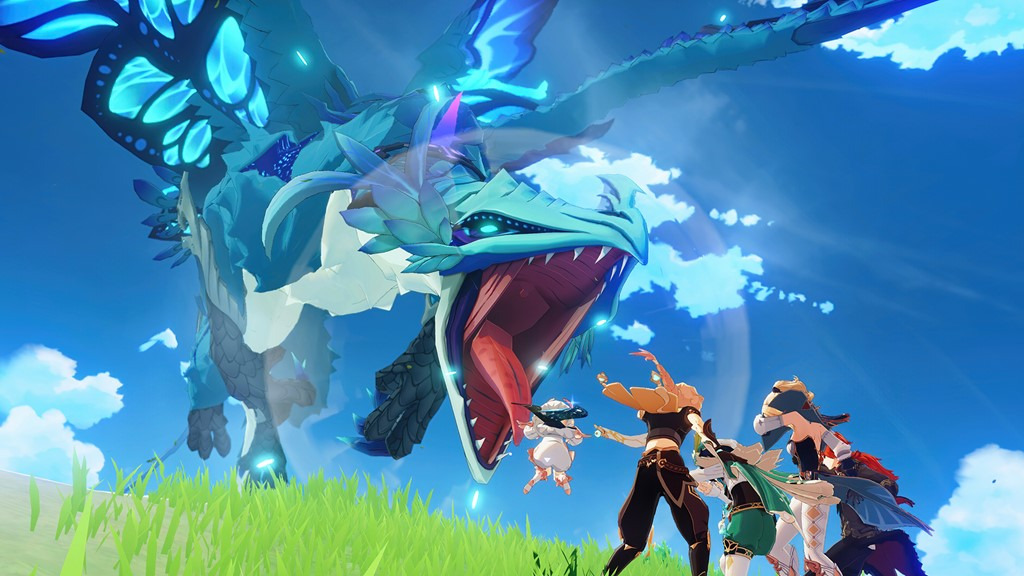 Dualshockers (with screenshots of the post by SaveYourPrimos on Twitter) reports that, based on closed beta information provided by the Discord server’s source, an iOS cloud gaming version of Genshin Impact “will be live soon.”

Alongside this news, the source claimed – which he later allegedly deleted – that Yelan will finally arrive in Update 2.7 as a 5 star Hydro Bow user – a first for Genshin Impact. 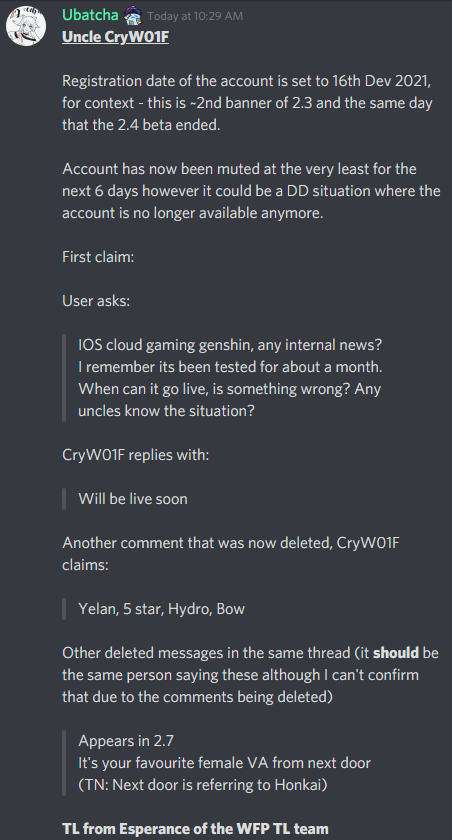 The Discord poster also claimed that the character will be brought to life by “your favorite VA from next door,” suggesting that her voice actress will be someone from fellow miHoYo title Honkai Impact 3rd – the same title in which the character upon whom the expy of Yelan is based on – the Herrscher of Sentience, Fu Hua – originally debuted.

Dualshockers speculates this could be Miyuki Sawashiro, the voice actress behind Raiden Mei. 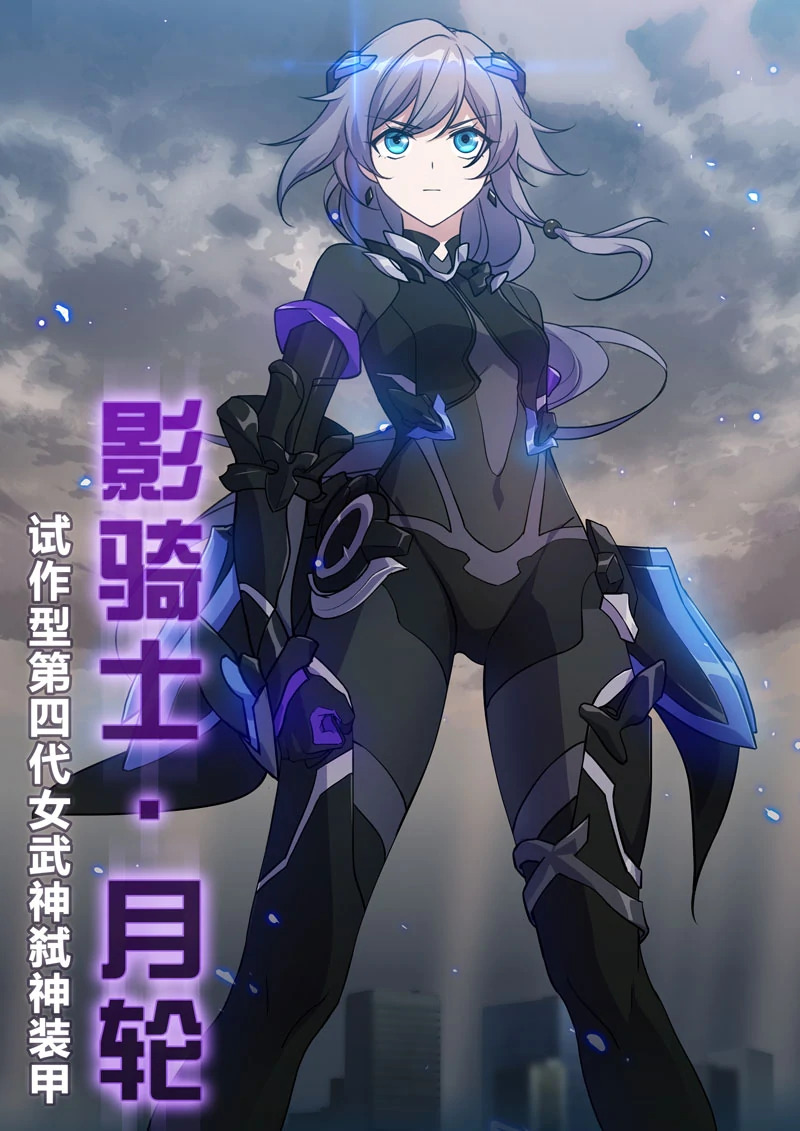 While some have assumed Yelan to be the blue-haired girl in the marital-arts stance from the leaked cutscene, others have proposed that this character is a younger version of NPC Madame Ping, as the cutscene does flashback to older points in the game’s lore and we see what may be younger versions of Hu Tao, Chongyun, Qiqi, and Xingqiu.

As mentioned in our prior report, the upcoming Update 2.5 on February 16th will allegedly include Yae Miko, Dainsleif, Kuki Shinobu, new weapons, and skins. It was previously rumored that Enkanomiya would arrive in Version 2.5. However, it arrived in Version 2.4.

As with all information from betas, the features and items set to be included in the released version of the update may be subject change. 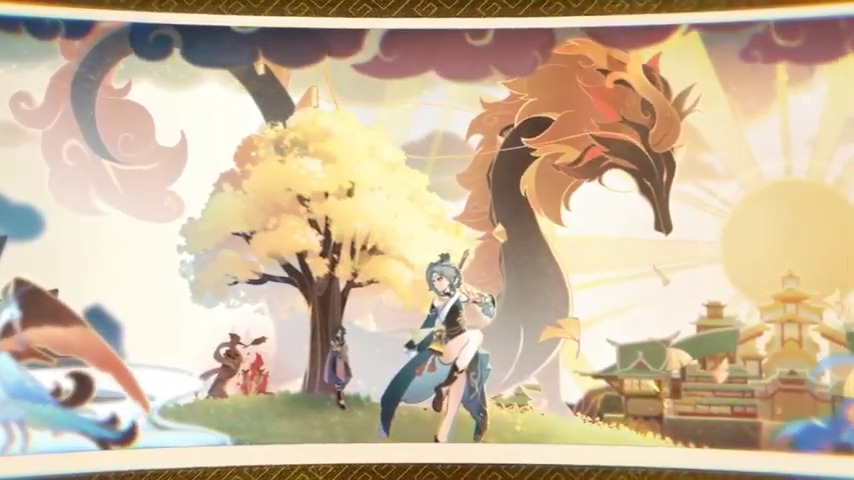 On the topic of change, one recent piece of news may see these yet-to-be-announced characters completely reworked, as miHoYo recently announced four character default costumes would be censored in China, while players overseas will get them as bonus outfits.

This decision came following stricter regulations from the Chinese government over what subject matter could be presented in video games [1, 2]. 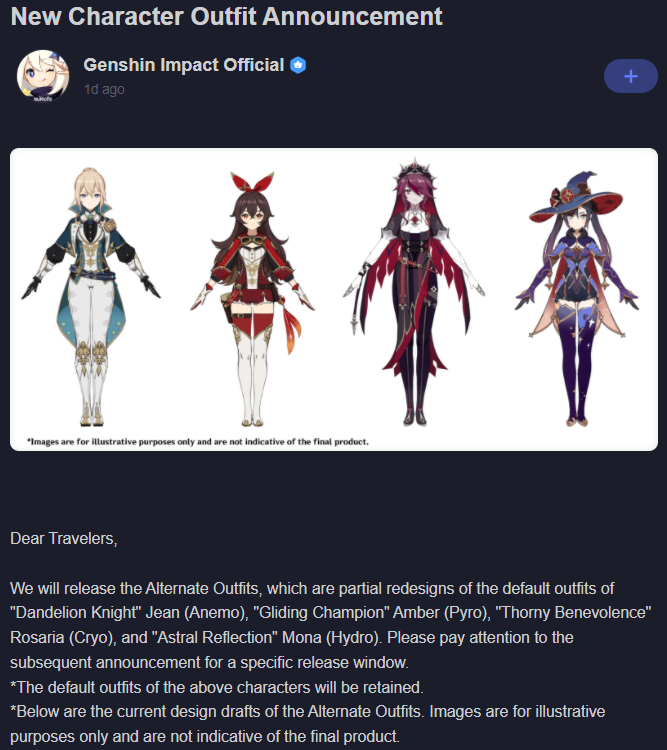 RELATED: Genshin Impact To Censor Four Default Costumes For Chinese Servers, New Versions To Be Made Available As Alternate Outfits To Global Players

Among the results of these regulations was a crackdown on sex appeal, which in turn led to the new Chinese region changes to the Genshin Impact outfits covering the girls more and being less sexual overall.

Leaked slides from a training course on these new regulations hosted by the communist country’s state-run gaming association also introduced a ban on effeminate male characters, as they had done with television, and showed Genshin Impact’s Venti as an example. 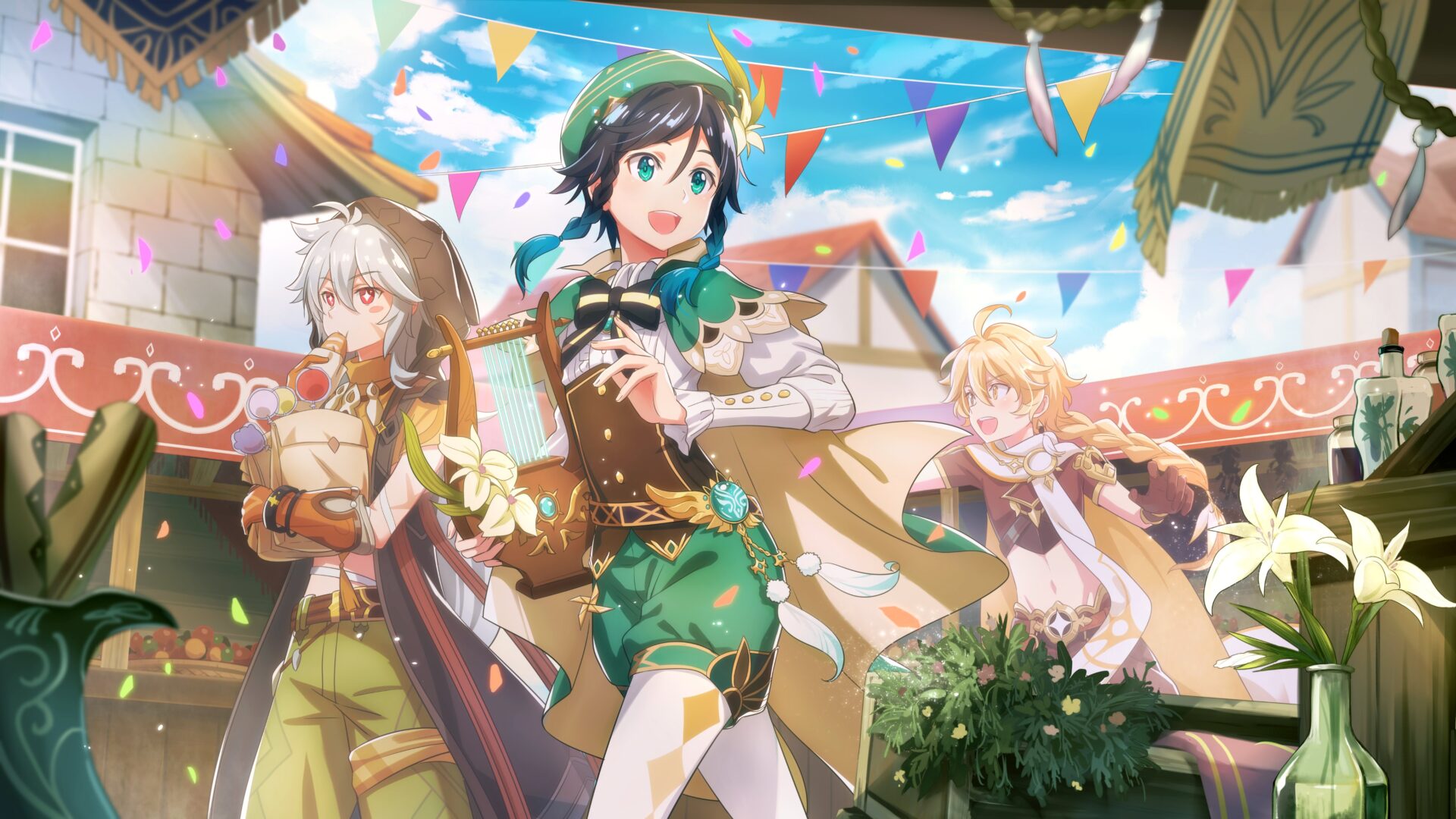 Are you hoping these leaks are true? Have you heard anything we may have missed? Let us know on social media and in the comment sbelow.