The ratings for The CW’s and Ava DuVernay’s Naomi nosedived following the release of the show’s third episode. 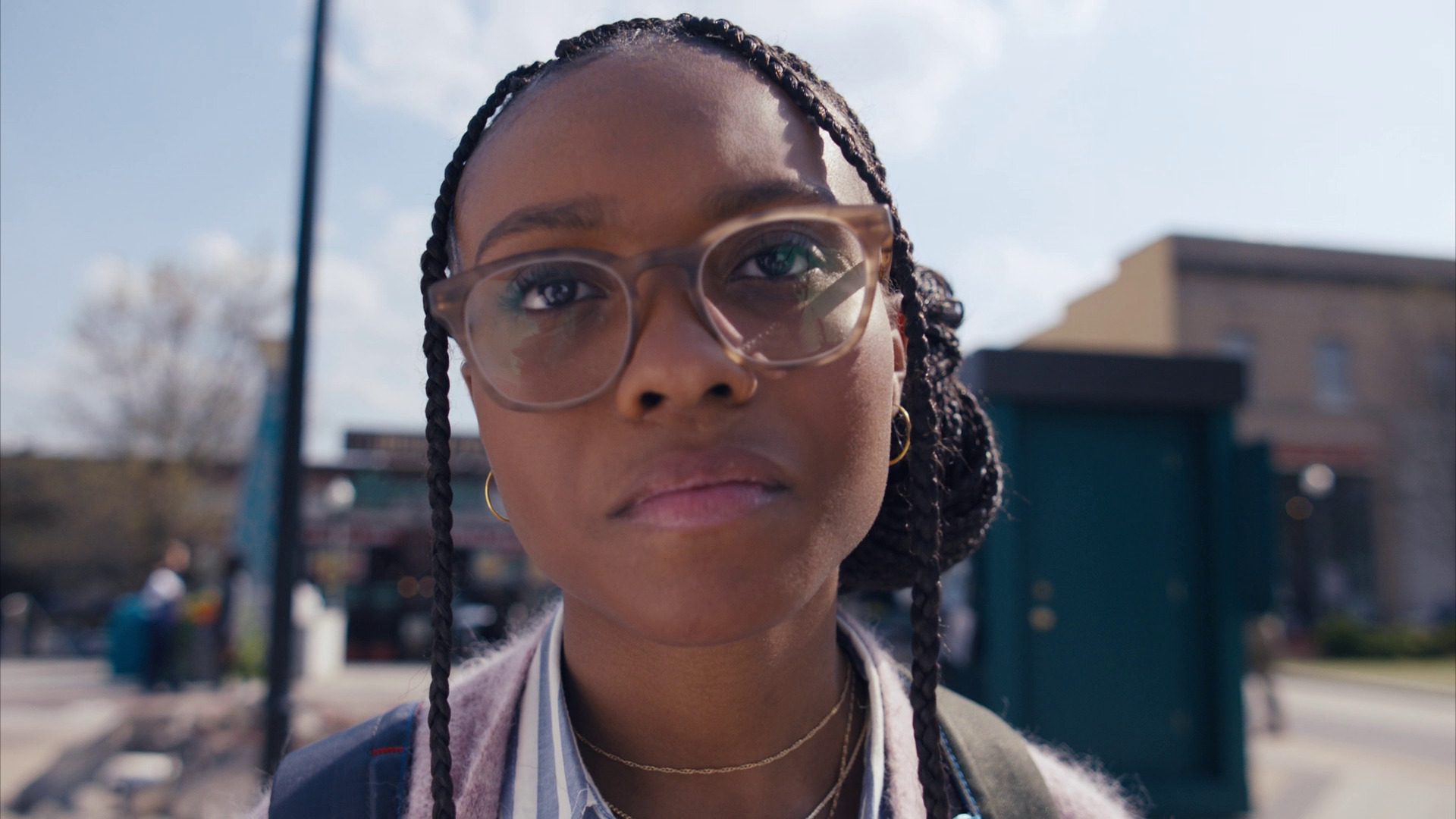 TV Series Finale reports that the show’s third episode saw it’s viewership plummet to only 593,000 viewers almost a 20% drop from the show’s second episode, which brought in 730,000 viewers. The series premiere brought in 802,000 people. 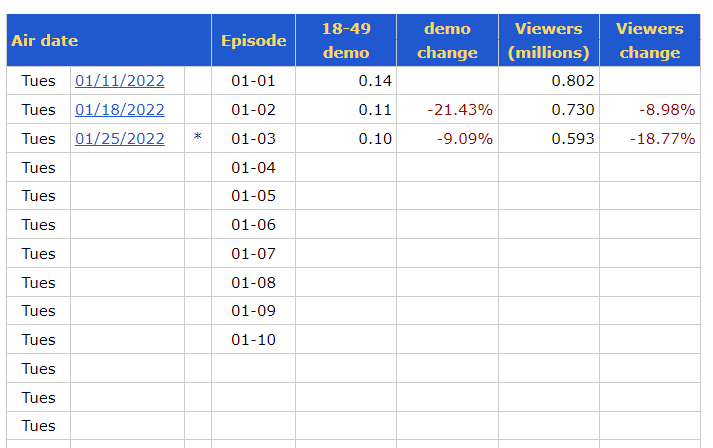 Despite this huge drop, the show is still one of the top performers for the current slate of CW scripted shows for the 2021-2022 season.

Naomi ranks fourth behind Superman & Lois, Walker, and The Flash in terms of average viewers.

While Naomi currently ranks fourth, given it’s current trajectory it’s quite likely it might quickly fall down the charts. 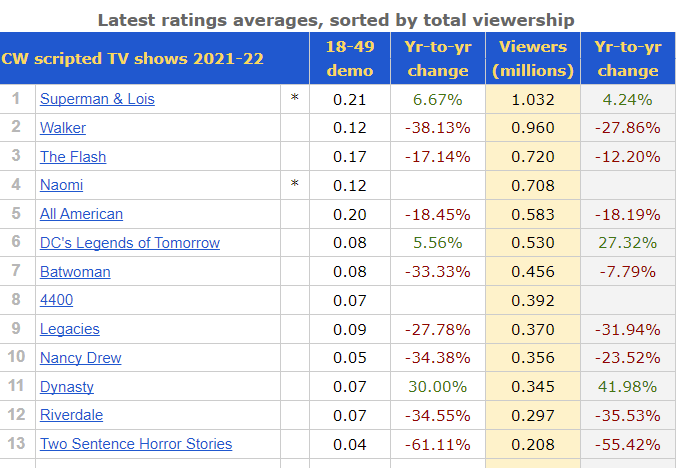 The show has an absolutely abysmal user score on IMDb. It currently has a weighted average of 4.3 out of 10. The arithmetic mean is 5.5 and the median is 6. 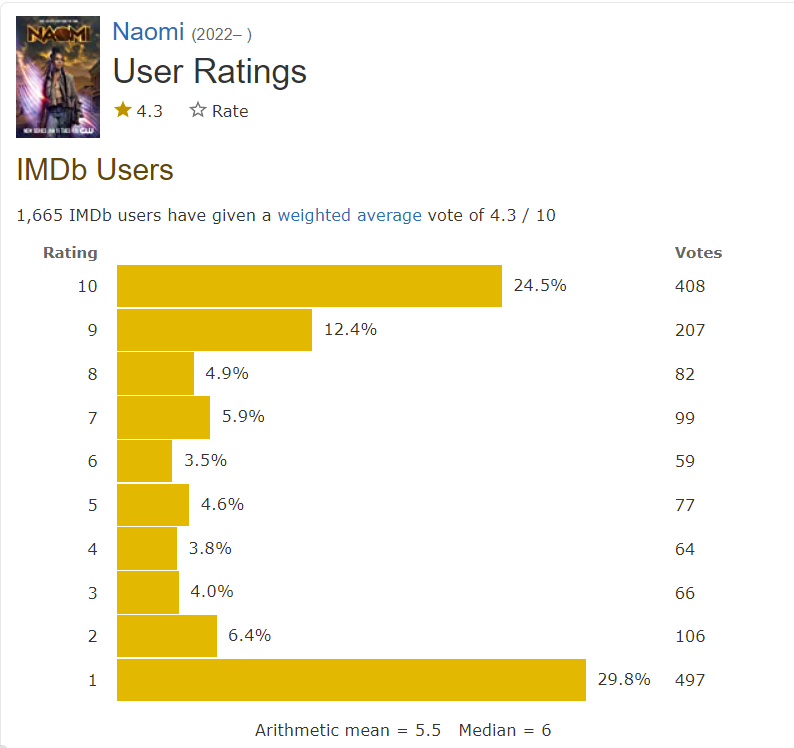 Despite the show being targeted towards a younger age group, it’s actually performing better among people older than 45. The average rating for individuals over 45 is 4.8. 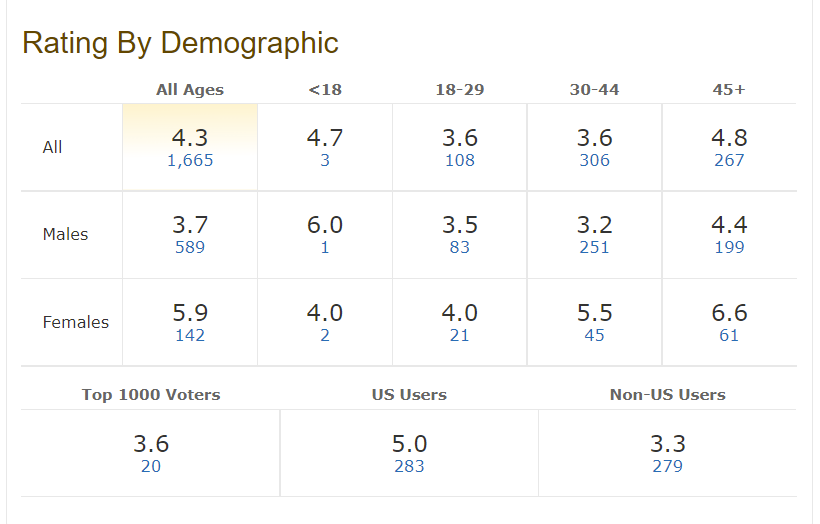 On Rotten Tomatoes the show currently has an Audience score of 74% with the average rating being a 3.8 out of 5. 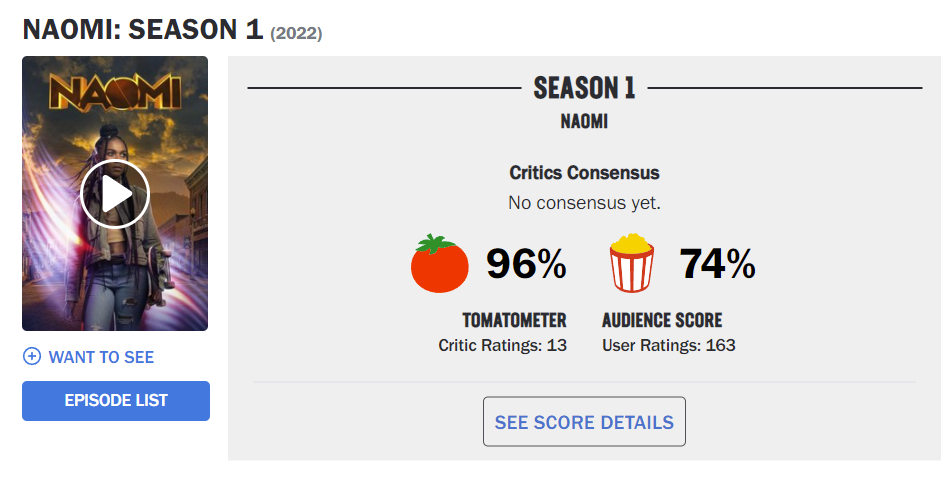 It’s not surprising that the show’s ratings are continually decreasing. Executive Producer Ava DuVernay made it clear the show would emphasize identity politics.

She spoke at the Television Critics Association about the show stating, “It’s not about representation, it’s about normalization.”

“We’re doing really muscular things that relates to race and gender and class but we’re doing it by playing it normal like it’s just a part of the everyday,” she added.

DuVernay elaborated, ““I say it kiddingly but it’s real. The more you can portray images without underlining or highlighting them and putting a star next to them. By showing a different type of hero that centers a girl, a Black girl, that centers different kinds of folks. We start to make that normal and that’s a radical and revolutionary thing.”

Not only did DuVernay reveal the show will emphasize identity politics, but she also came out and said Naomi is basically a low-rent Superman.

DuVernay told Variety, “The more evolved way to think about representation is that she is treated like any other hero and that her powers are not specific to the way that anyone treats her.”

“And so, one of the reasons why I liked this is she literally has powers that will eventually [be] almost identical to Superman,” she stated. “The fact that DC has this Black, teenage girl superhero who eventually will have powers that are on par with Superman — who is the quintessential cis, white male superhero — is a thrilling proposition.”

DuVernay concluded, “And in order to really do that, you’ve got to throw away any kind of social construct and just dive into the fact that she’s a badass.” 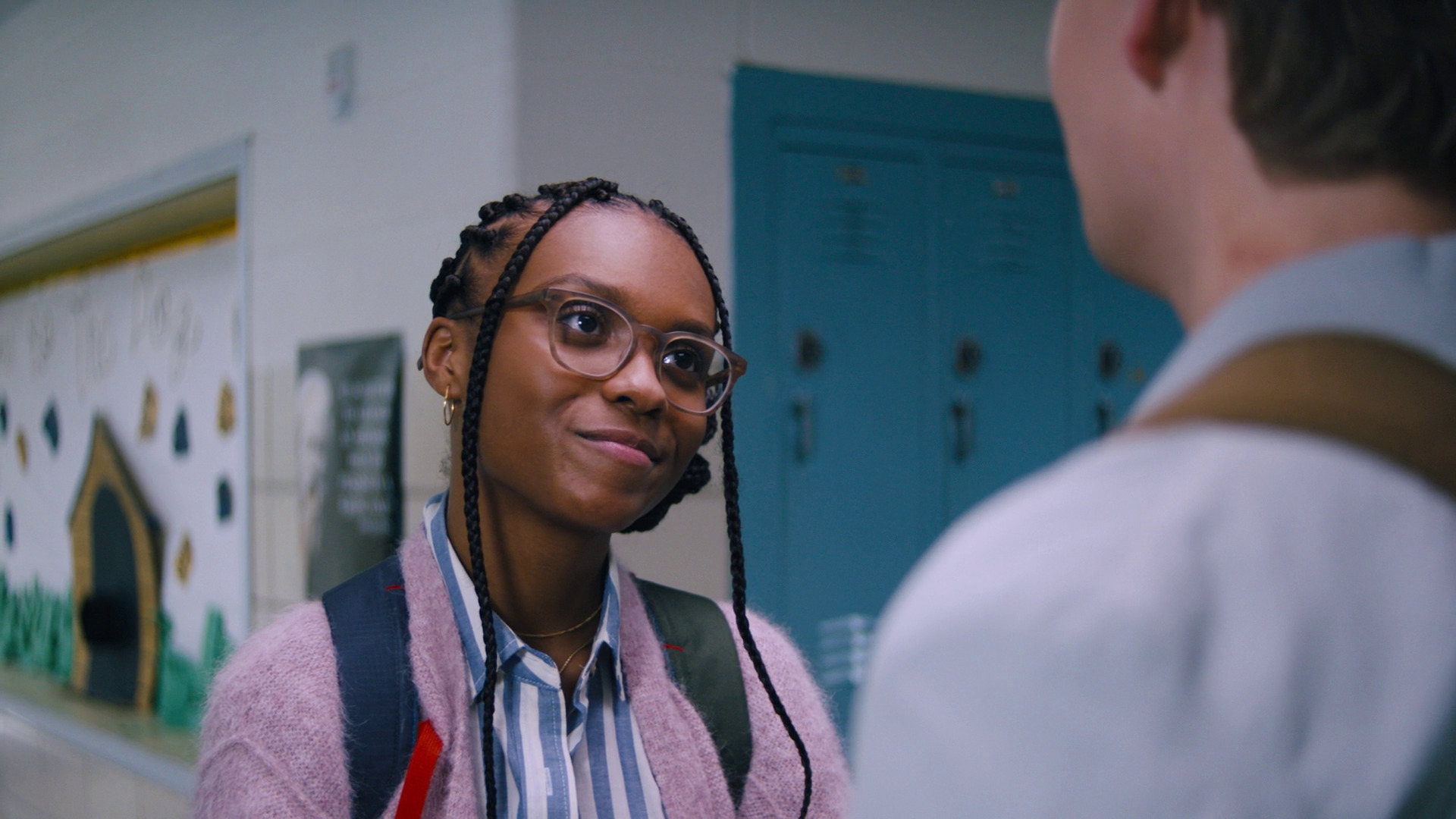 What do you make of Naomi’s episode three ratings dropping nearly 20%?