A Tennessee school board has unanimously agreed to remove Art Spiegelman’s illustrated Holocaust memoir Maus from its curriculum after parents voiced their concern that students’ exposure to the story’s more graphic content was “completely unnecessary.” 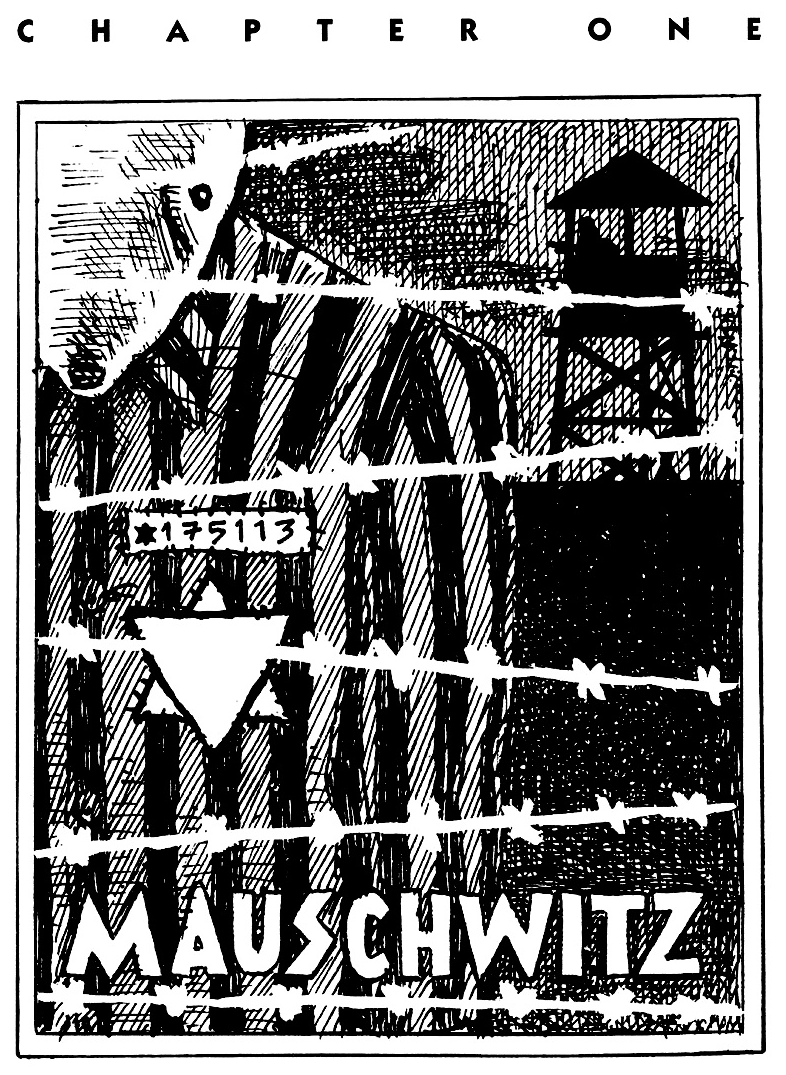 The debate over the appropriateness of Maus’ subject matter was brought before the McMinn County Board of Education on January 10th, with board member Tony Allman explaining that parents were concerned about their eighth-graders being exposed to depictions of “ vulgar and inappropriate behavior.”

“Being in the schools, educators and stuff we don’t need to enable or somewhat promote this stuff,” Allman said. “It shows people hanging, it shows them killing kids. Why does the educational system promote this kind of stuff? It is not wise or healthy.” 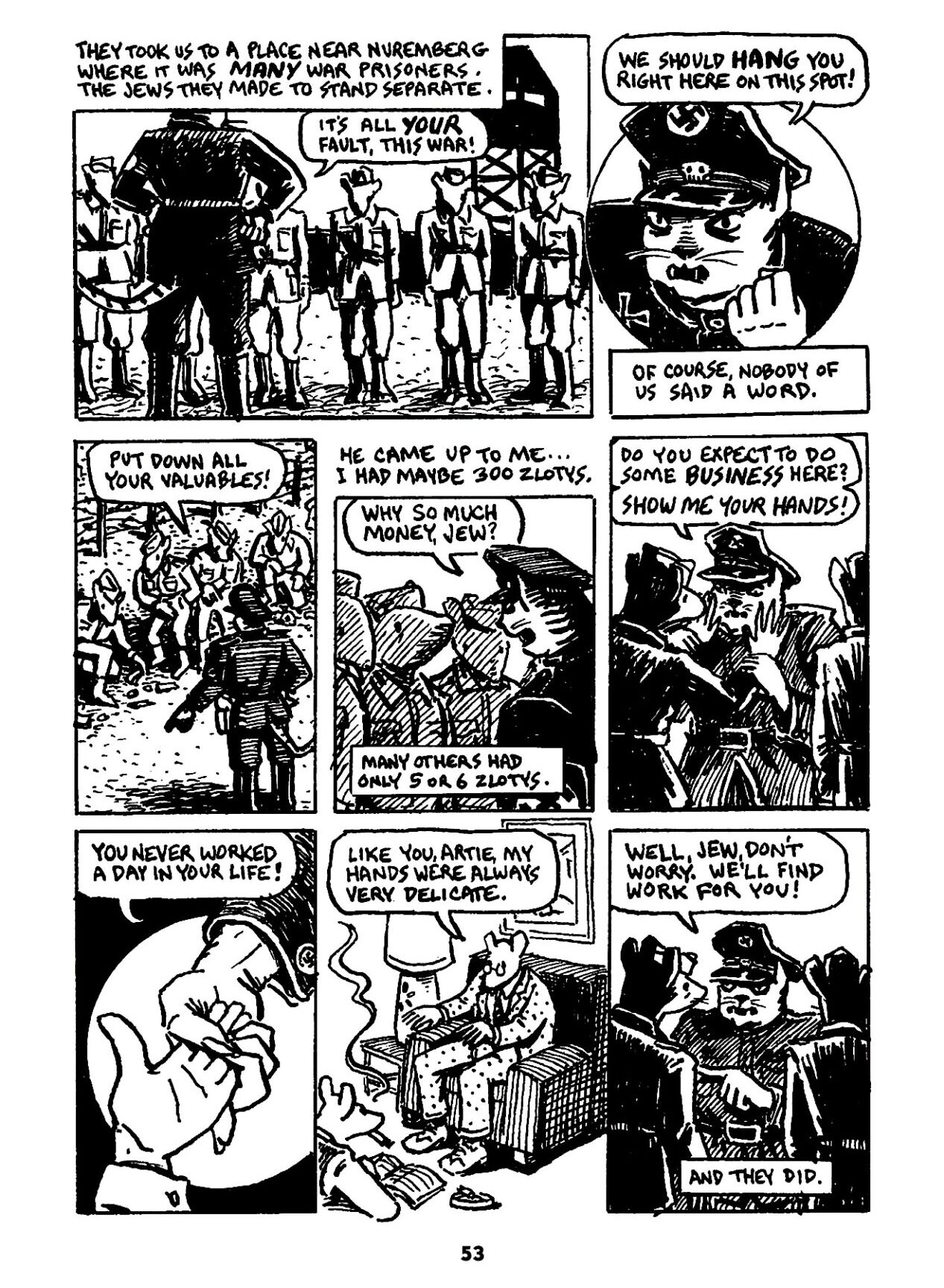 Originally published between 1980 and 1991, Maus features the experiences of Spiegelman’s father as a Holocaust survivor recounted by the artist in graphic novel form.

Despite the depiction of its subject matter as anthropomorphized animals, with, for example, cats and mice serving as stand ins for Nazis and Jews respectively, Maus does not shy away from visually recounting the horrors and brutality of the Holocaust.

Rather, Spiegelman spends the entirety of the graphic novel illustrating the Nazi concentration camp horrors relayed to him by his father, such as a Nazi killing a child by slamming him against a wall by his legs or prisoners’ deaths by gassing the very chambers they were ordered to construct, as accurately as possible. 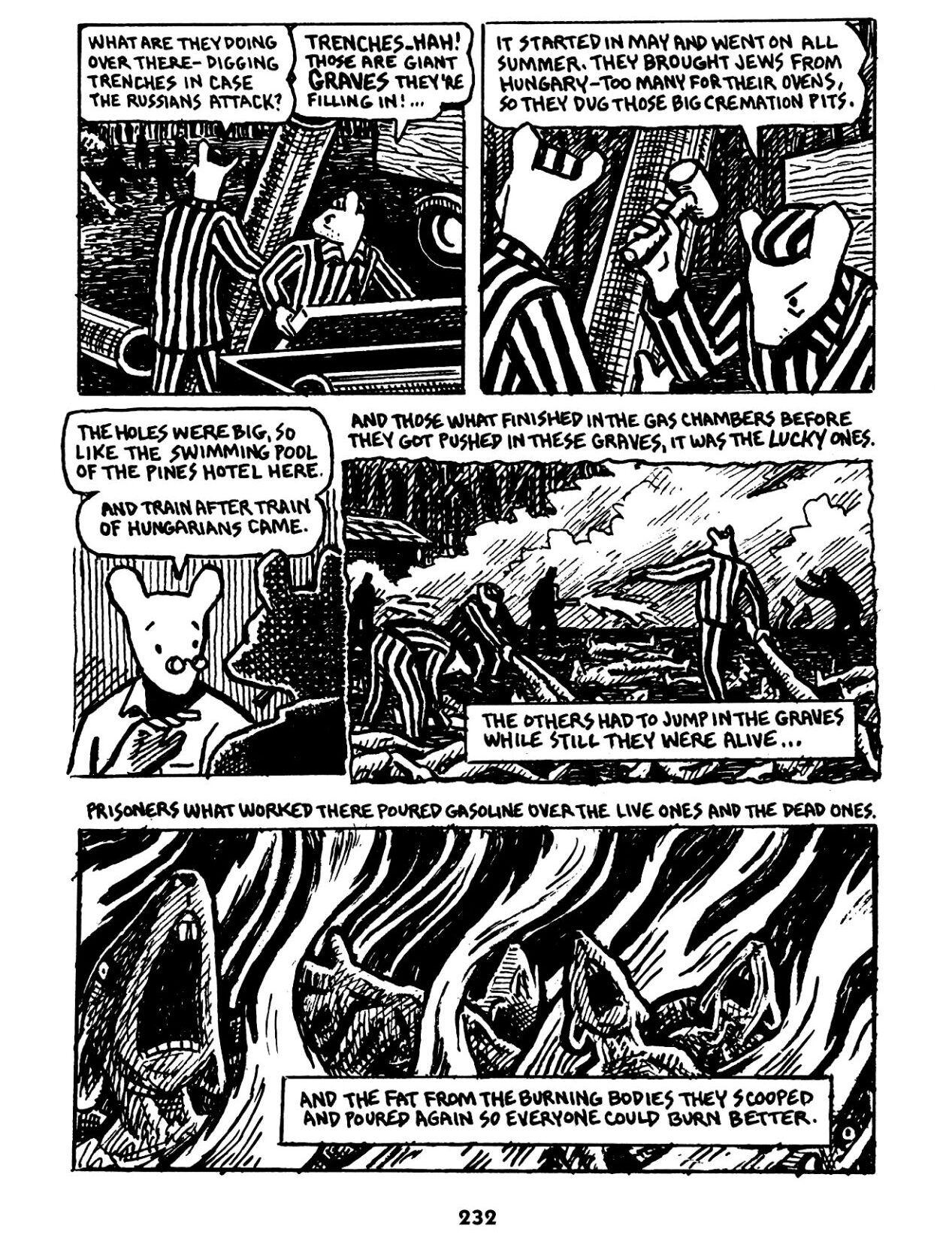 Allman further raised an unrelated concern over Spiegelman’s portfolio, cautioning the board, “I may be wrong, but this guy that created the artwork used to do the graphics for Playboy. You can look at his history, and we’re letting him do graphics in books for students in elementary school.”

“If I had a child in the eighth grade, this ain’t happening,” Allman opined. “If I had to move him out and homeschool him or put him somewhere else, this is not happening.” 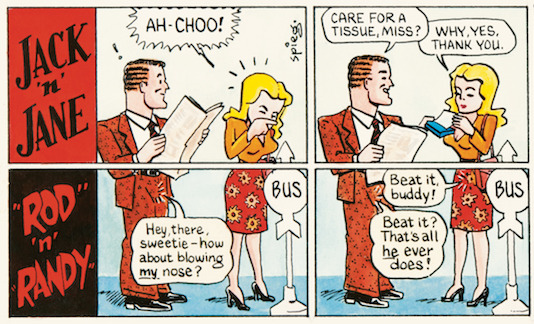 Another board member, Mike Cochran, later opined that he did not buy “ this idea that we have to have this kind of material in the class in order to teach history.”

“Not saying that there is not important material, I’ve read it and read through all of it and the parts it talks about his father, the father is the guy that went through the Holocaust, I really enjoyed, I liked it,” Cochran continued. “There were other parts that were completely unnecessary. We are talking about teaching ethics to our kids, and it starts out with the dad and the son talking about when the dad lost his virginity. It wasn’t explicit but it was in there.” 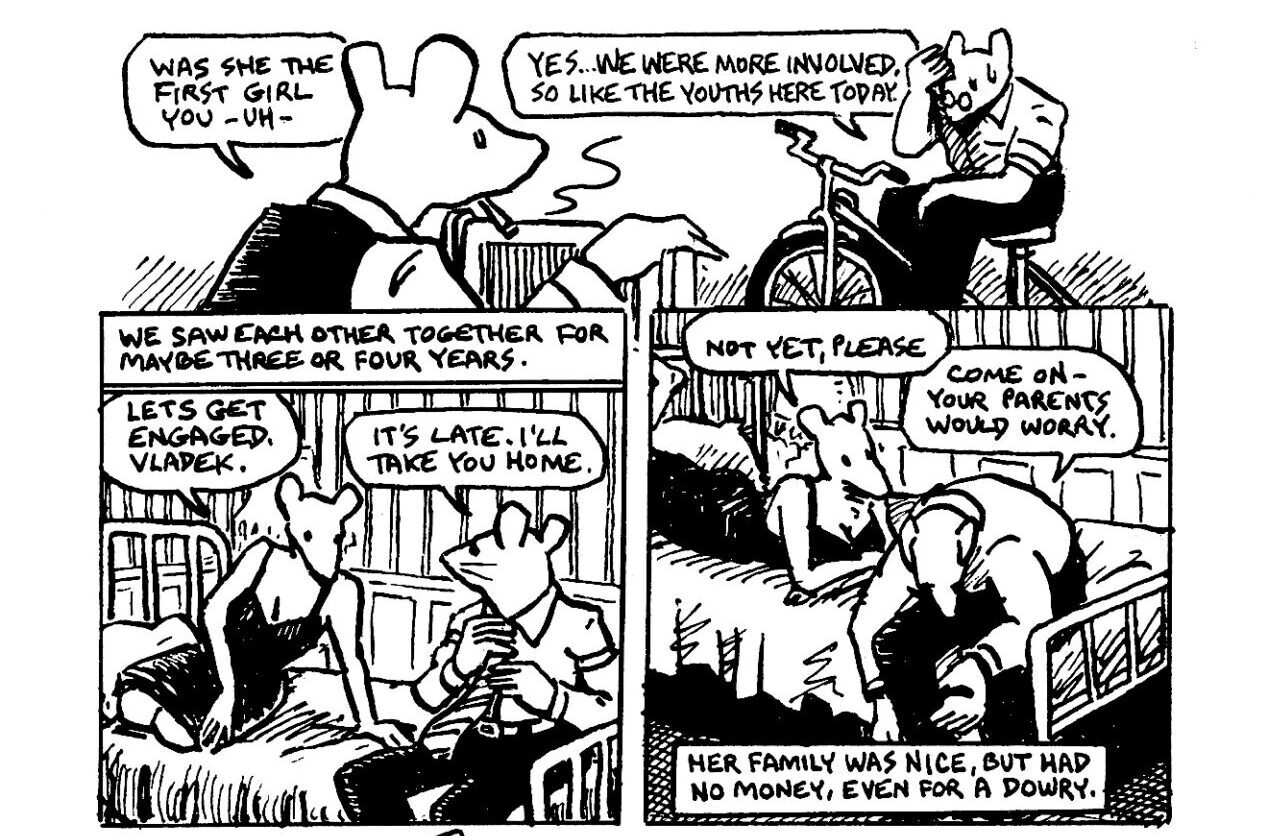 He then noted, “You see the naked pictures, you see the razor, the blade where the mom is cutting herself. You see her laying in a pool of her own blood. You have all this stuff in here, again, reading this to myself it was a decent book until the end. I thought the end was stupid to be honest with you.”

“A lot of the cussing had to do with the son cussing out the father, so I don’t really know how that teaches our kids any kind of ethical stuff,” he added. “It’s just the opposite, instead of treating his father with some kind of respect, he treated his father like he was the victim.” 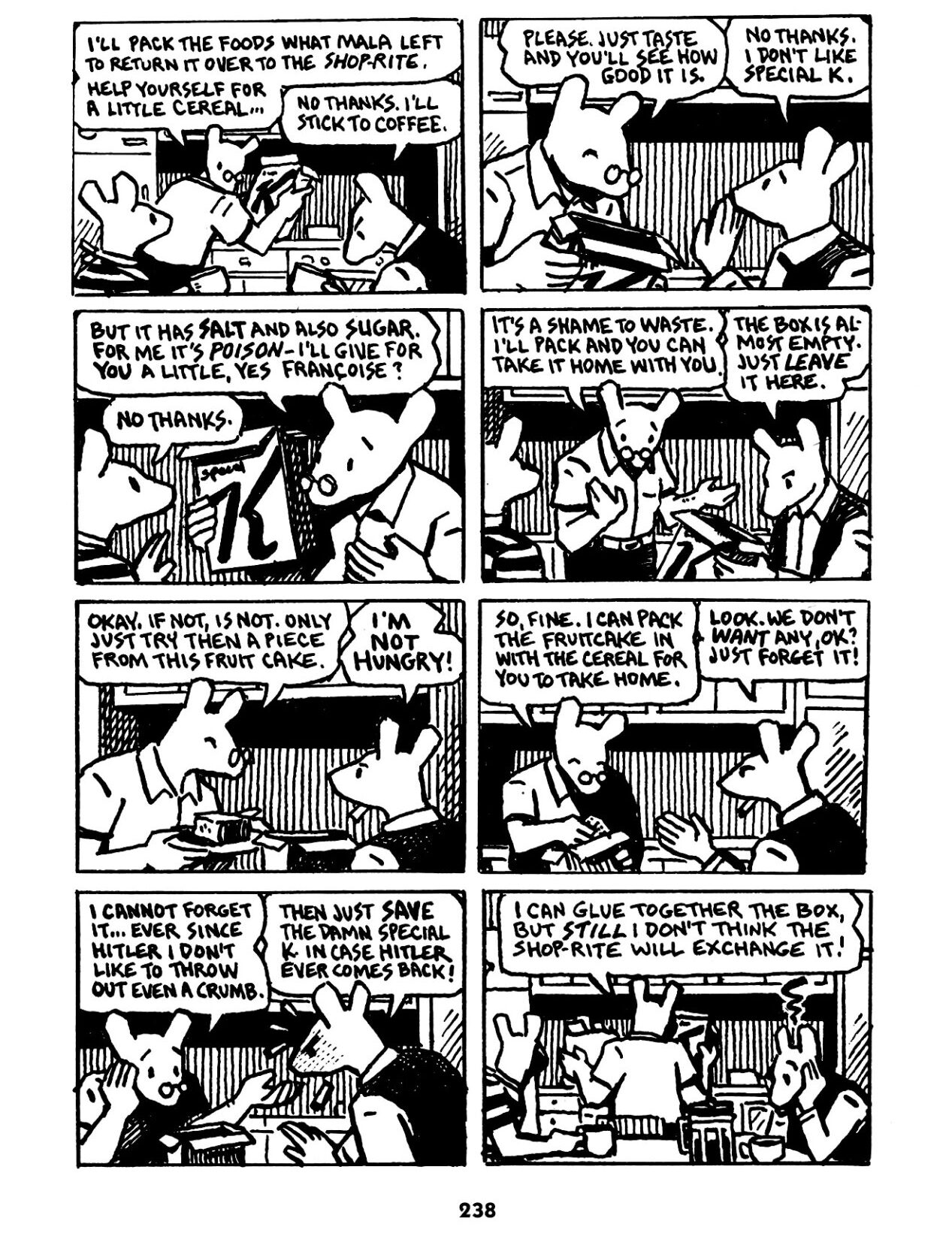 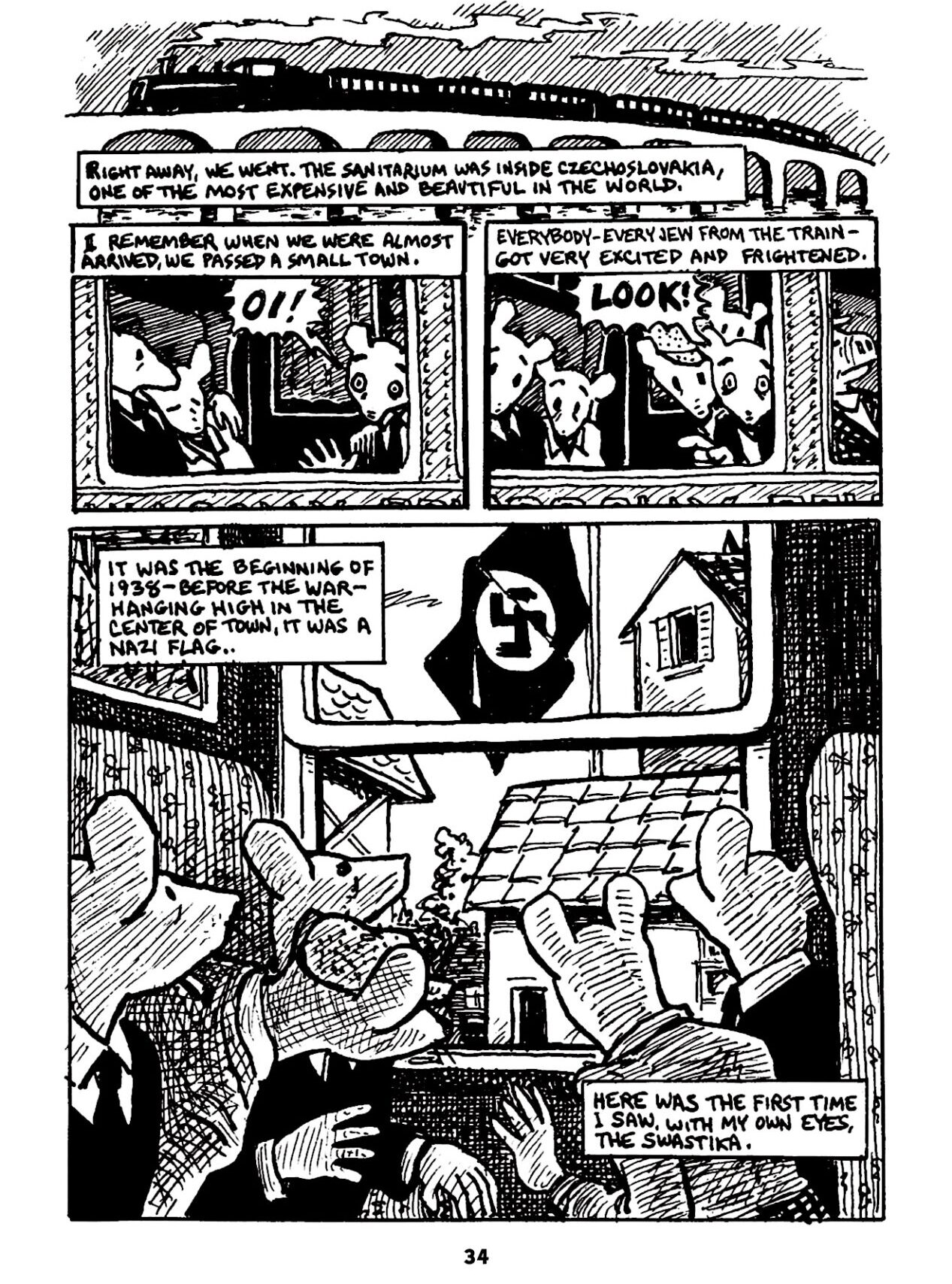 Weeks later, news of the McMinn County Board of Education’s decision gained widespread attention on social media, eventually leading CNN to reach out to Spiegelman himself for his thoughts on their arguments in favor of Maus’ removal.

“I’m trying to, like, wrap my brain around it,” the artist said during a January 28th appearance on the news network’s New Day program. “I moved past total bafflement to try to be tolerant of people who may possibly not be Nazis, maybe.”

“They’re totally focused on some bad words that are in the book,” he stated. “I can’t believe the word ‘damn’ would get the book jettisoned out of the school on its own.” 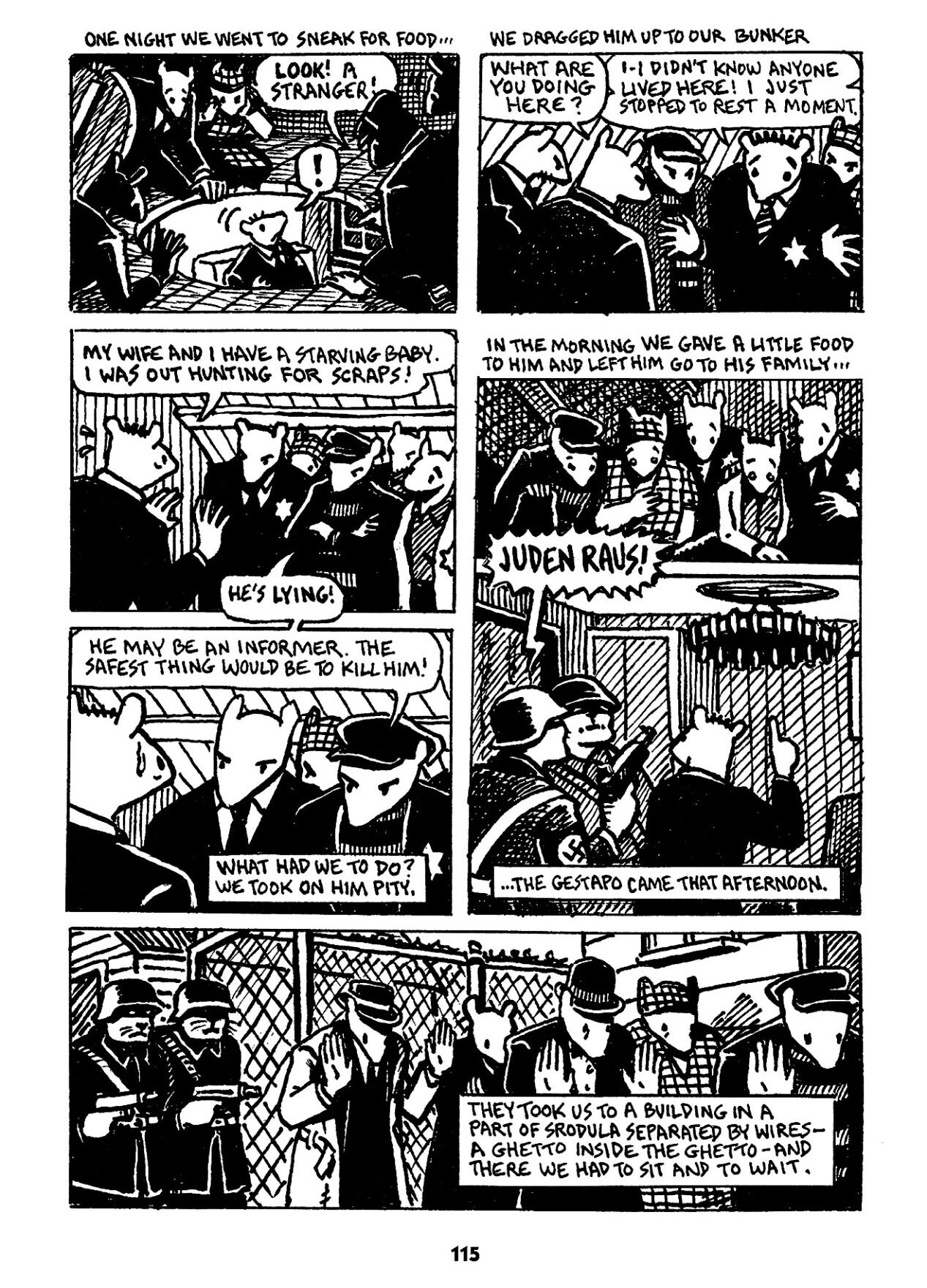 Turning to Cochran’s taking specific issue with the depiction of his mother’s suicide, Spiegelman declared, “You have to really, like, want to get your sexual kicks by projecting on it.”

“I think they’re so myopic in their focus and they’re so afraid of what’s implied and having to defend the decision to teach ‘Maus’ as part of the curriculum that it lead to this kind of daffily myopic response,” he concluded. 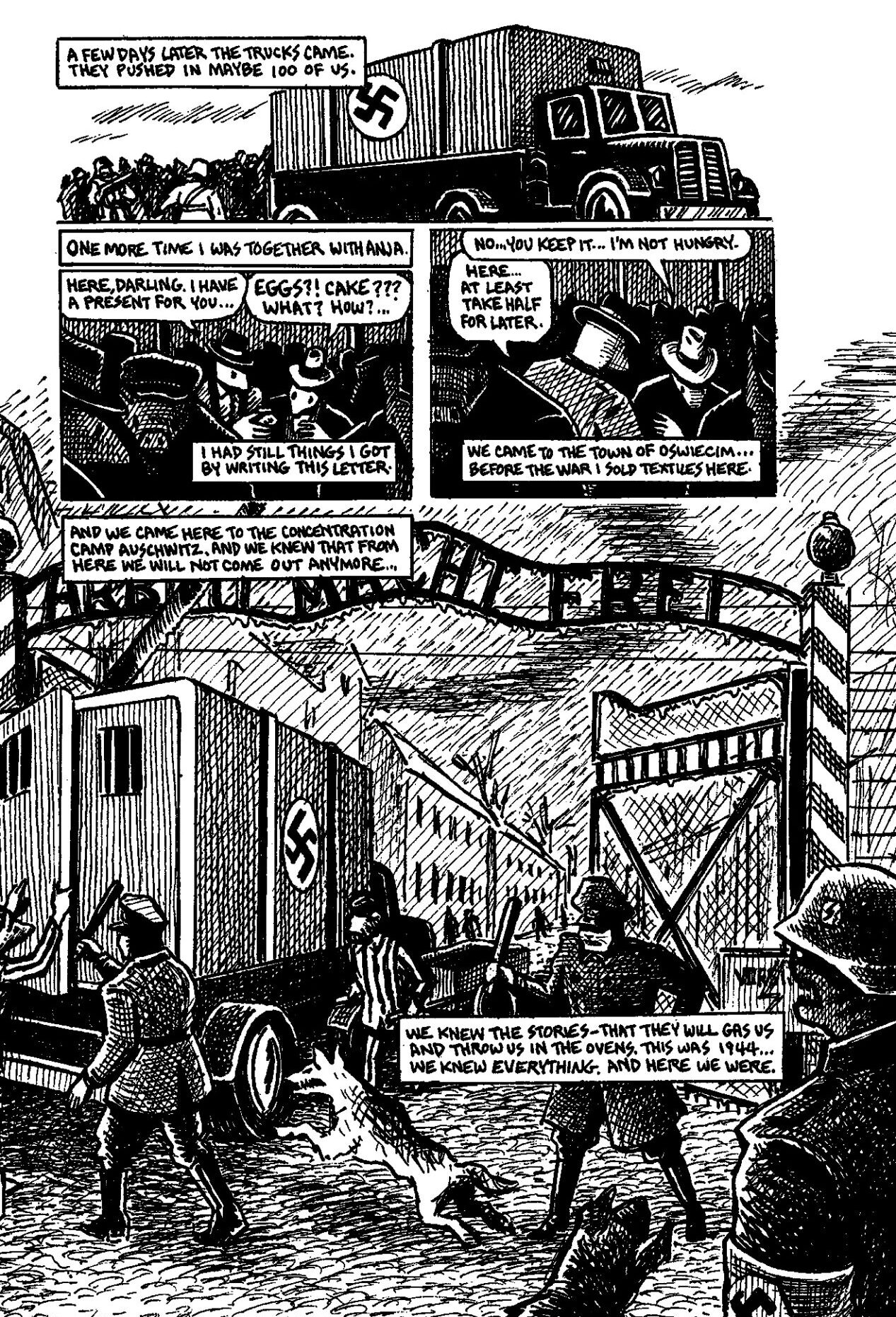 What do you make of the McMinn County Board of Education’s decision to pull Maus from its eight grade curriculums? Let us know your thoughts on social media or in the comments down below!

NEXT: Attack On Titan Pulls Eldian Armbands Merchandise Over Comparisons To Nazi Imagery