According to Marvel artist Declan Shalvey, despite his creation of the popular outfit and persona, he will not receive any residuals when Moon Knight’s Mr. Knight identity makes its live-action debut in the upcoming Disney Plus Moon Knight series. 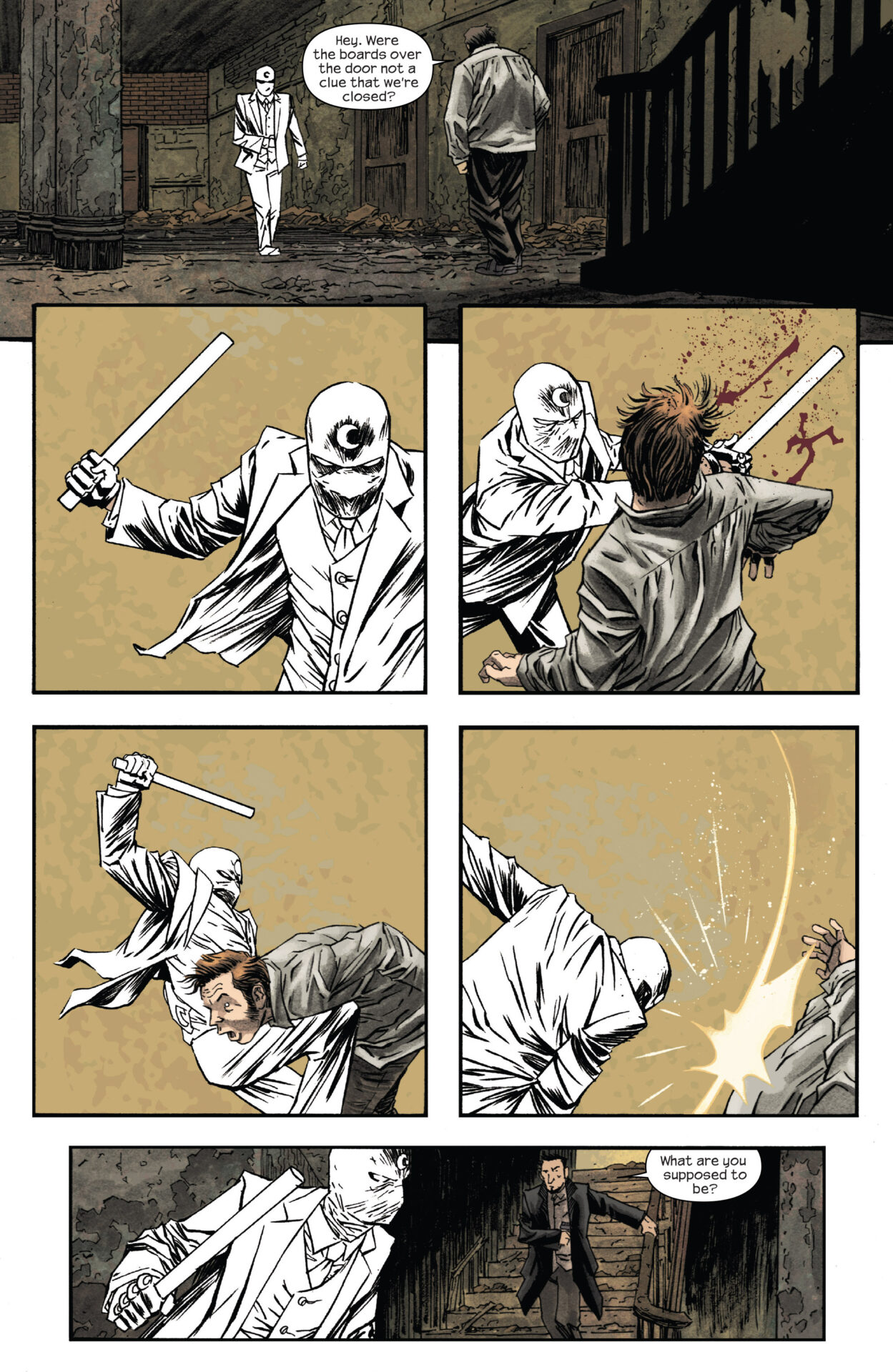 Created by Shalvey and writer Warren Ellis for their 2014 run on Moon Knight Vol. 7 – arguably one of the very few good things to come out of the All-New Marvel NOW! publishing push – Marc Spector’s Mr. Knight personality was born in his mind as a way for the troubled vigilante to conduct himself as a professional, if not unorthodox private detective.

While in this identity, rather than his usual white hooded suit and crescent-shaped cape, Spector dresses in a head-to-toe white suit replete with white gloves and a simple white mask – a style choice that serves to further reinforce his self-positioning as a gentleman investigator. 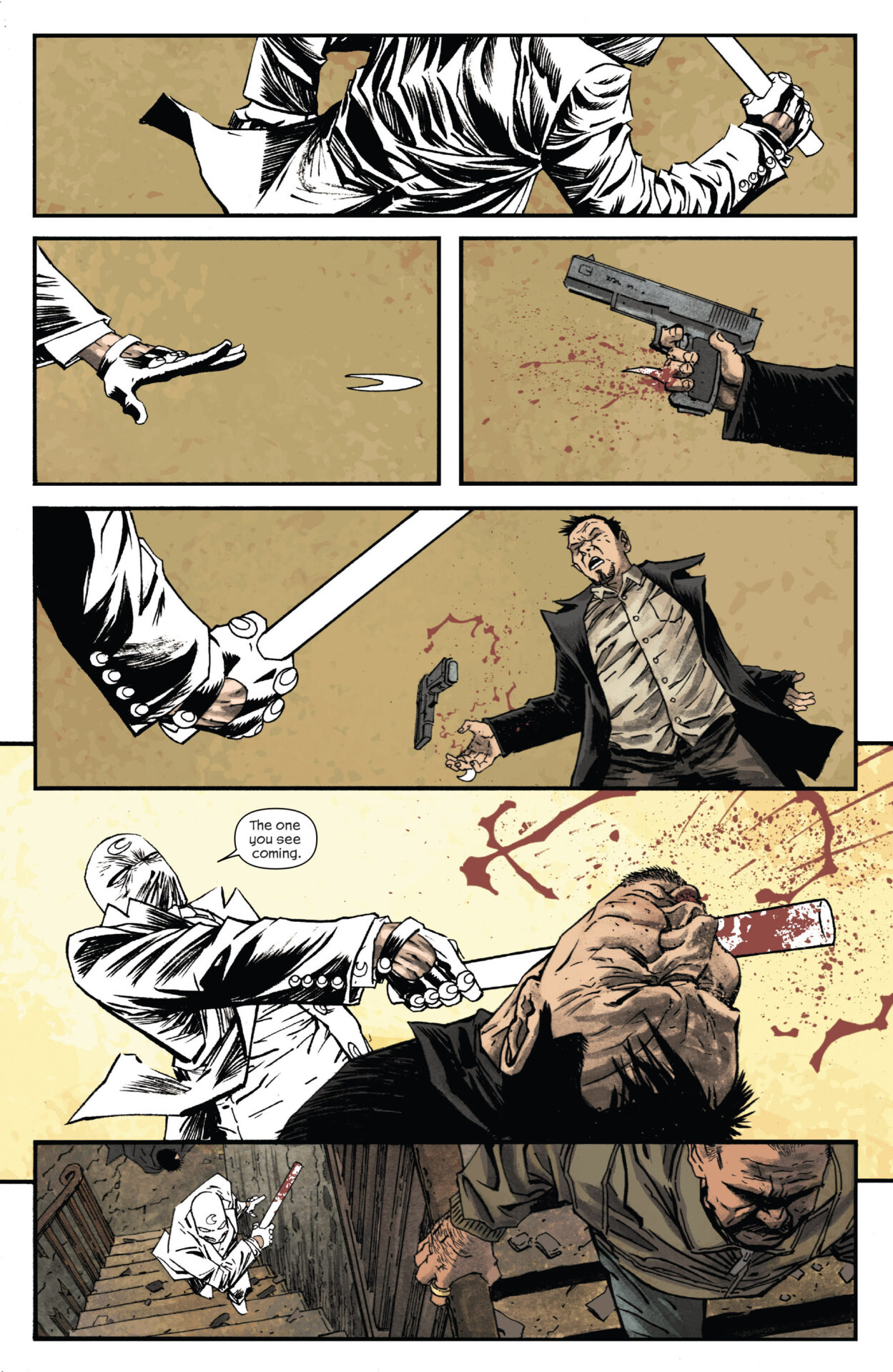 “He’s brutal,” Feige told Empire during an exclusive interview set to be published in the outlet’s April 2022 issue. “It’s been fun to work with Disney+ and see the boundaries shifting on what we’re able to do. There are moments [in the series] when Moon Knight is wailing on another character, and it is loud and brutal, and the knee-jerk reaction is, ‘We’re gonna pull back on this, right?’ No. We’re not pulling back. There’s a tonal shift. This is a different thing. This is Moon Knight.” 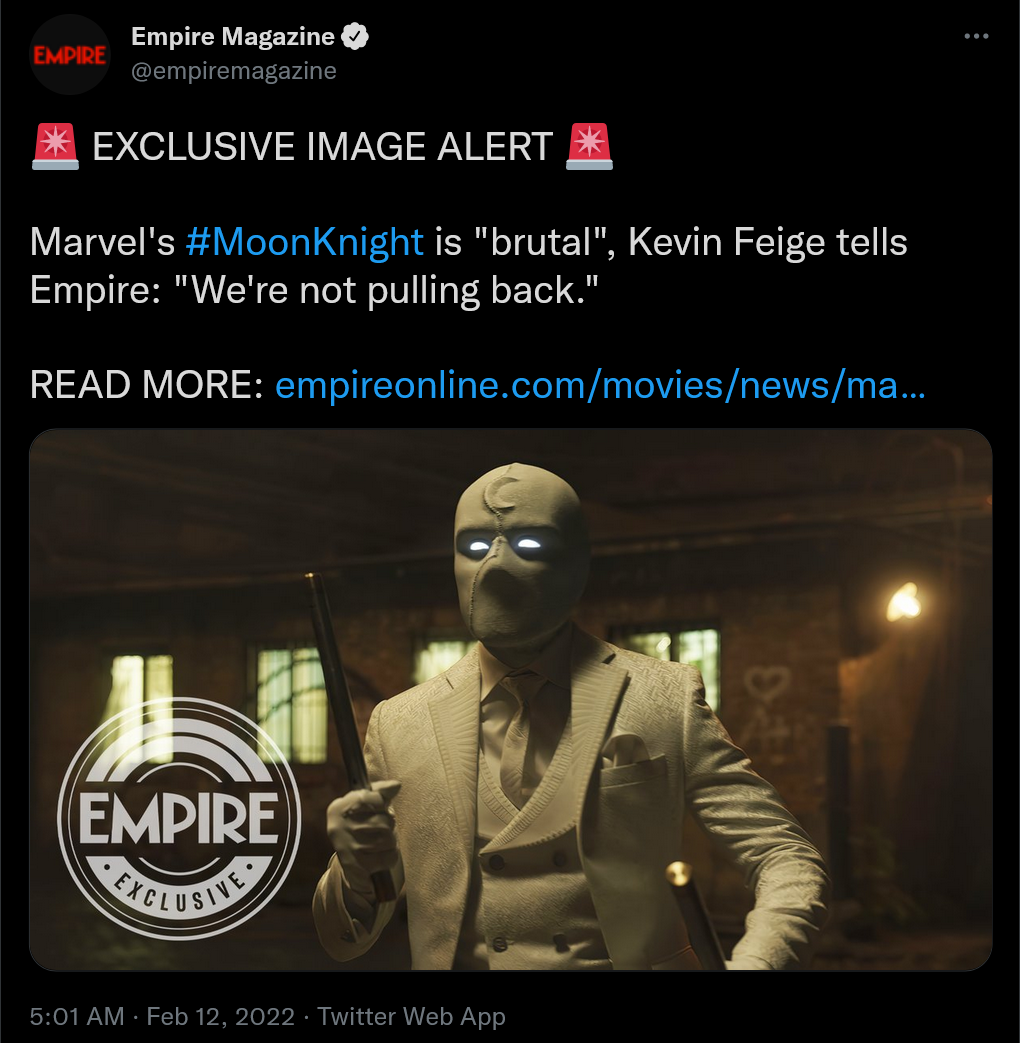 Following the image’s release, Shalvey shared it to his own personal Twitter, exclaiming in excitement, “Hello Mr. Knight…Seriously, this is NUTS.”

“I drew something out of my brain, and now it’s a real thing in a TV show…?” he added. “Such a surreal feeling… I can’t quite describe it.” 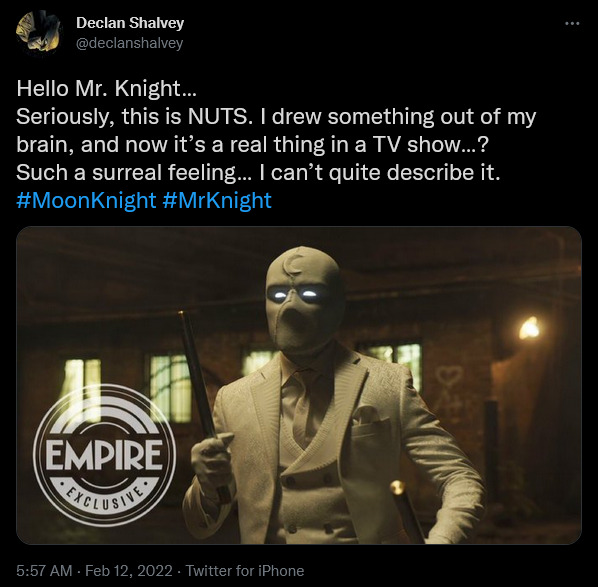 However, as fans began to congratulate him on both Mr. Knight’s live-action realization and what they assumed would be a subsequent series of royalty payments from Disney and Marvel, Shalvey revealed that neither entity had any plans to give him anything but, at best, an art credit.

“Hope there’s some #artcred in the credits and a payout for you,” wrote @Rockin_DRobbins.

In reply, Shalvey lamented, “Expect the former but not the latter.”

When met with @ashucomics’ supportive assertion, “They better pay you for this,” Shalvey declared, “That’d be nice!”

Met with confusion by some fans who noted that the first appearance of Moon Knight in a white suit with a simplified mask was in the Ellis written, Michael Lark illustrated Secret Avengers Vol. 1 #19, Shalvey eventually clarified to one fan, “Michael drew moon knight in a suit for secret avengers, yes. But ‘Mr. Knight’, was made for our book and I refined the look for that specific character.”

As of writing, it is publicly unknown what royalties, if any, Ellis will receive in regards to the live-action appearance of Mr. Knight. 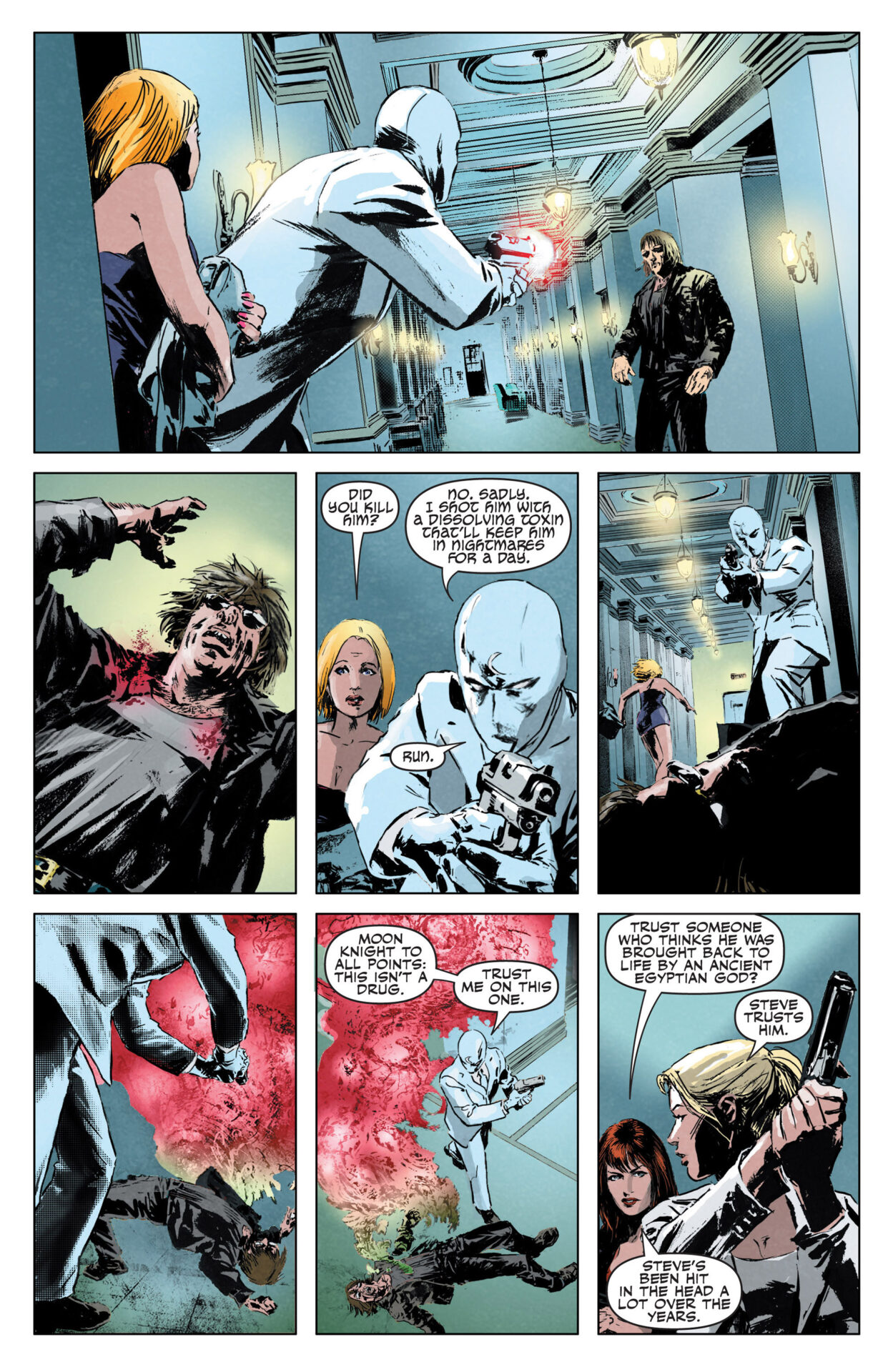 What do you make of Shalvey’s revelation? Let us know your thoughts on social media or in the comments down below!