Fantastic Four actor Michael Chiklis, who played Ben Grimm aka The Thing, recently shared his advice to Marvel on how they should adapt their first family. 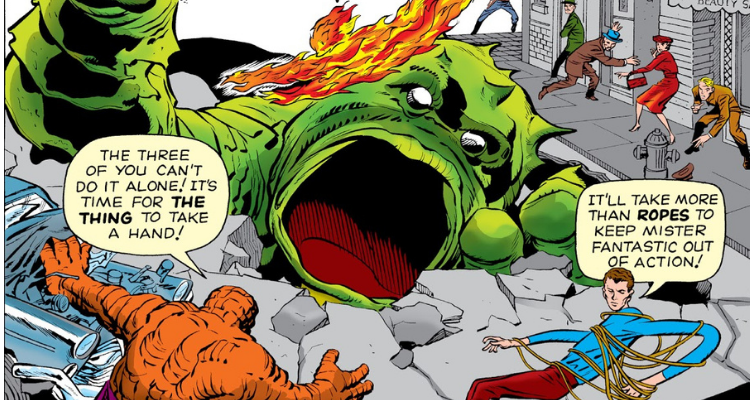 Chiklis spoke with ScreenRant to promote his upcoming HBO series Winning Time: The Rise of the Lakers Dynasty.

First, he recommended whoever lands the role as The Thing to try and let the character’s transformation be handled primarily with CGI.

He said, “Go CGI if you can [laughs]. Wardrobe was something else, but it was still a pretty amazing experience.”

Next, Chiklis provided advice on what the tone of the film should be, “Just understand, the real tone and tenor of The Fantastic Four is as we did it. It’s not meant to be dark and brooding. It’s never going to be The Dark Knight. Don’t try to make it that. Don’t expect it to be that.”

He elaborated, “The Ever-Lovin’ Blue-Eyed Thing was from Brooklyn and he was a Dodgers fan. They were a sweet family and that’s the way it’s meant to be. It wasn’t meant to be hardcore and dark and brooding. Try to make it that, you will fail.”

Indeed, the Fantastic Four was not really dark and brooding as Stan Lee and Jack Kirby’s second issue of the series made clear. 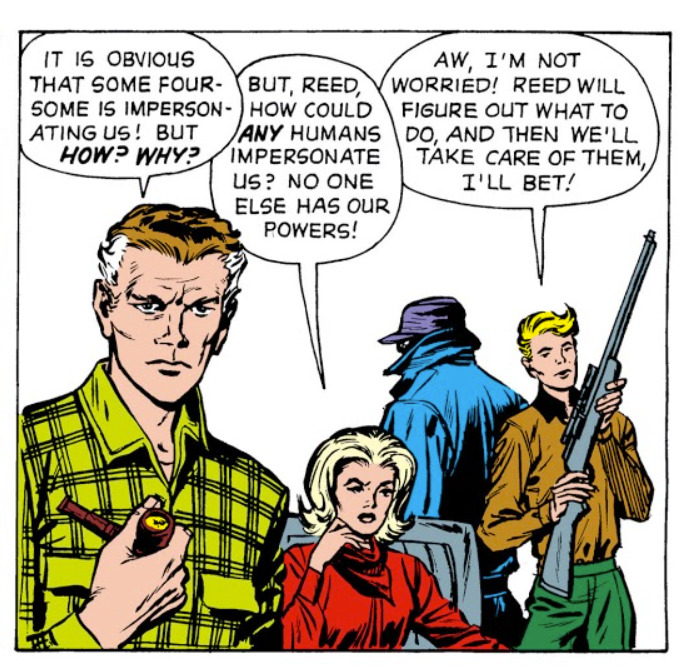 That’s not to say there weren’t dark moments. In response to this quip, The Thing laments his fate and even barrels into a rage ripping a bear mount from the wall and throwing it out a window.

It takes Mr. Fantastic wrapping him up in order to calm him down. 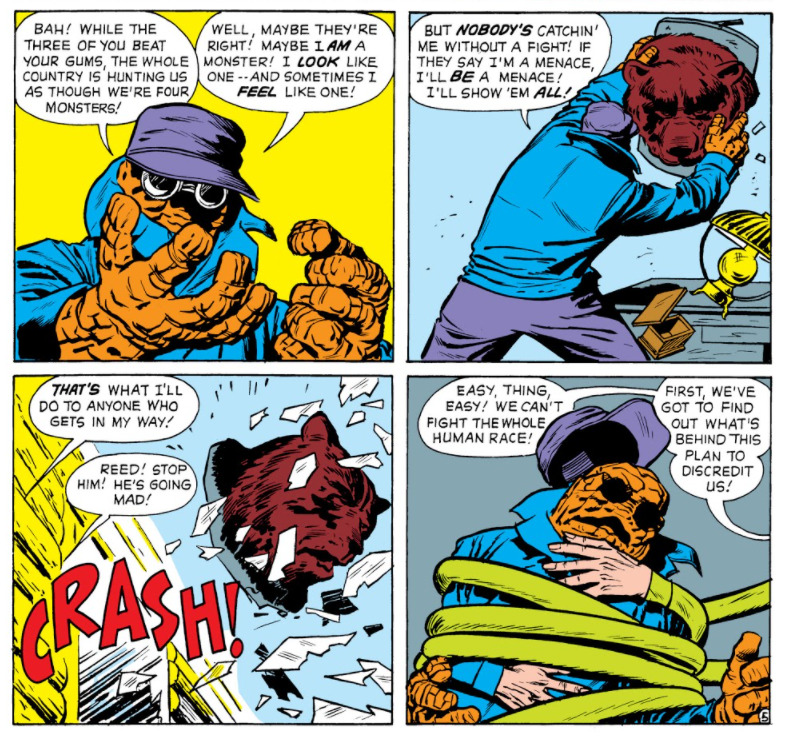 However, Chiklis’ description of them being a “sweet” family might be a little much as both Johnny Storm and The Thing were known for their bickering that was also showcased in Fantastic Four #2.

When Johnny suggests he be bait for a trap to lure out the Skrulls impersonating them, The Thing vehemently disagrees saying, “I don’t believe in sending’ a kid to do a man’s job! If anyone sets traps, it’ll be me!” 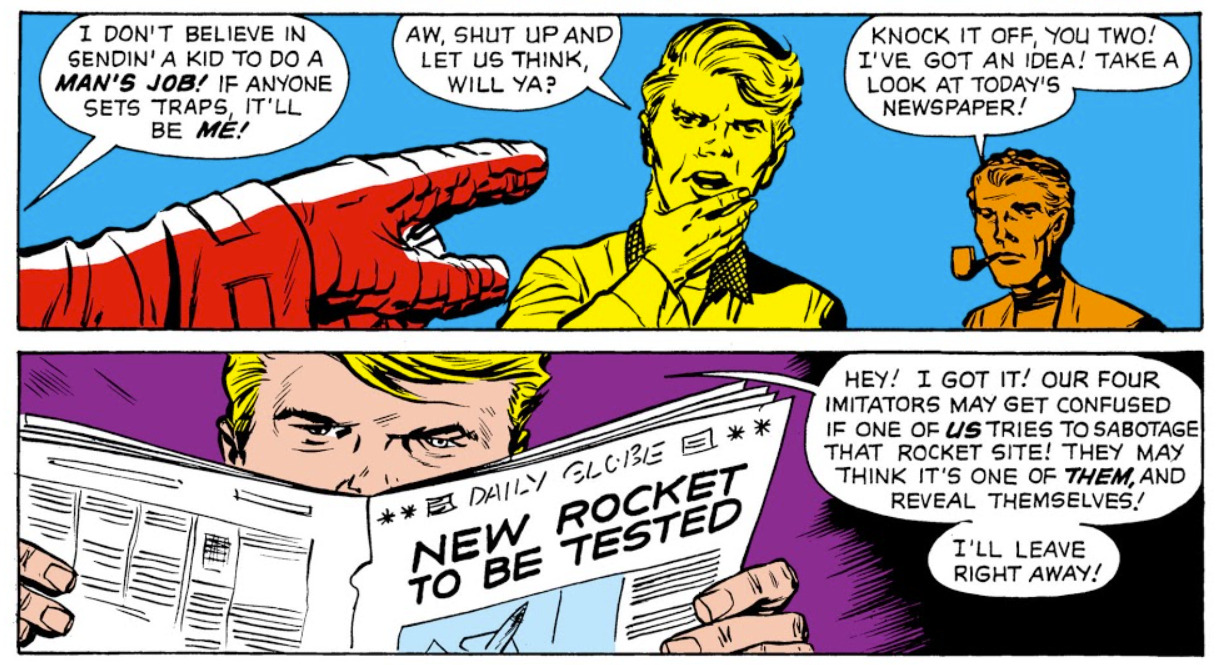 The argument escalates as Johnny transforms into the Human Torch and The Thing shoves his massive finger into Johnny’s face. 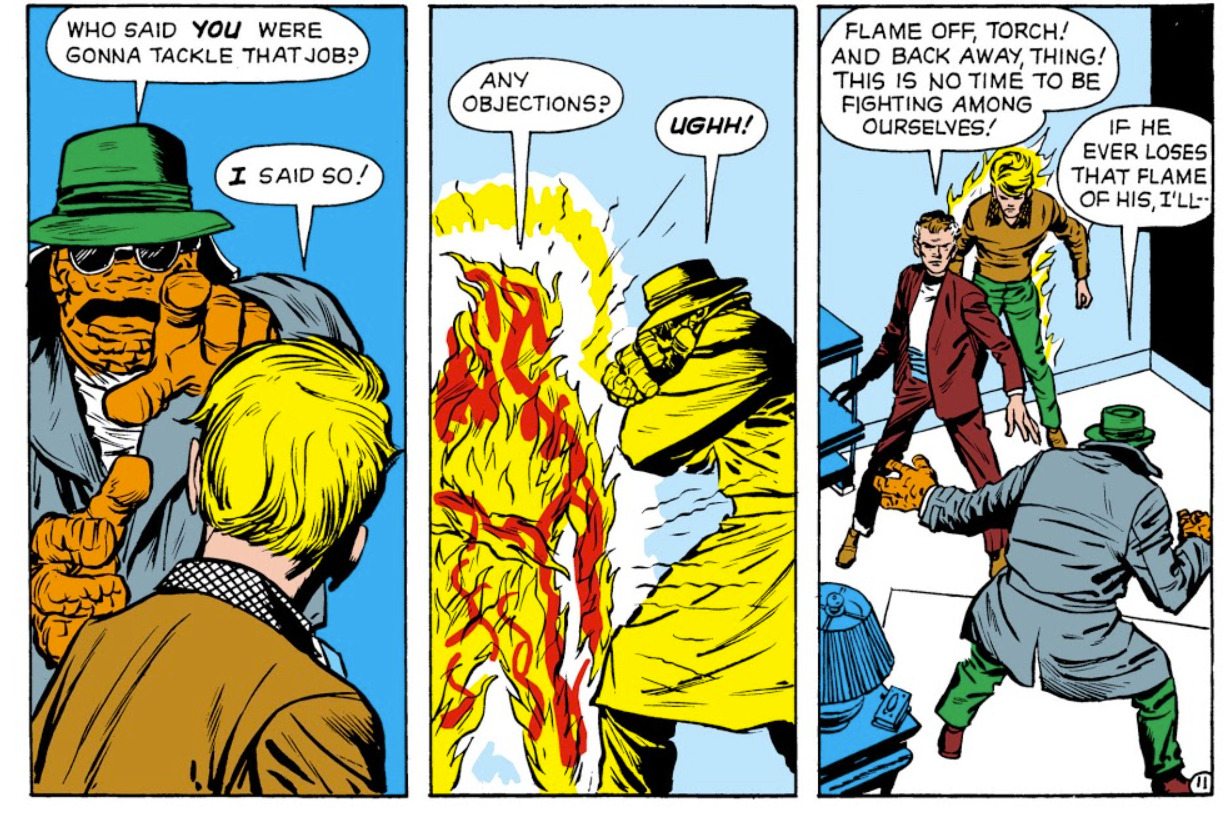 That “sweet” family descriptor was also thrown out the window in Mark Russell’s Fantastic Four: Life Story #2 that sees Sue Storm abandon her family to shack up with Namor. 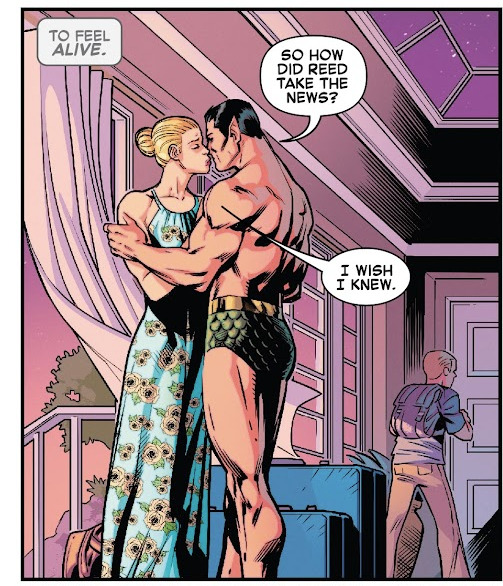 RELATED: Theory: WandaVision May Have Already Planted The Seeds For The Fantastic Four In The Marvel Cinematic Universe

A Fantastic Four film is in development with Spider-Man: Homecoming and Spider-Man: Far From Home director Jon Watts attached to direct.

Feige announced the project at their Disney Investor Day 2020 presentation saying, “I’m happy to announce a film about one of the truly iconic Marvel families. In fact, Marvel’s first family, Fantastic Four. We are working on a feature now and it will be directed by our recent Spider-Man films, Jon Watts.” 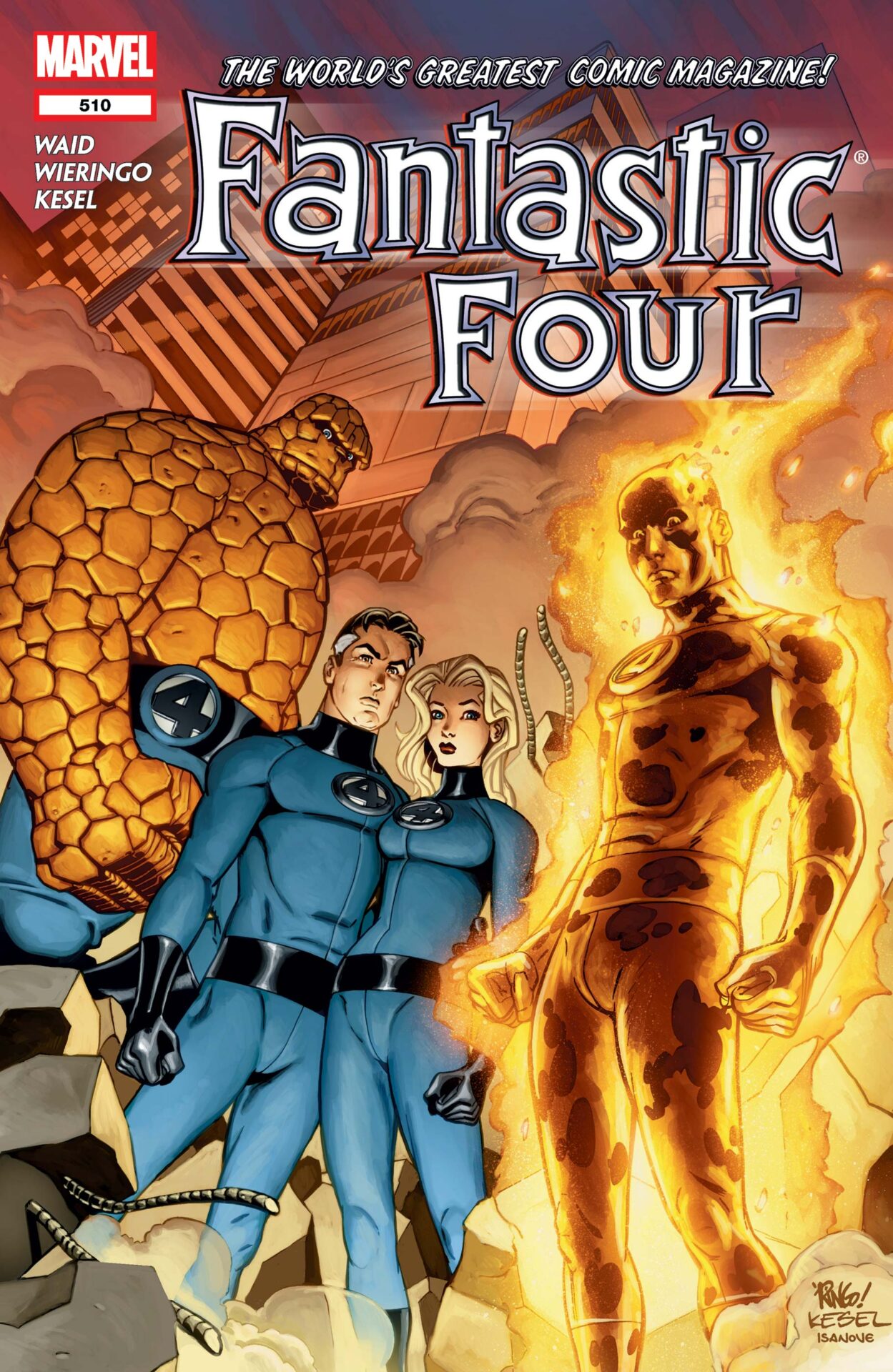 Not only is Marvel working on a Fantastic Four film, but an alleged leaked plot of Doctor Strange in the Multiverse of Madness alleges that Ioan Gruffudd’s Mister Fantastic will show up in the movie. He’s reportedly a member of the Illuminati alongside Patrick Stewart’s Professor X, Ian McKellan’s Magneto, Anson Mount’s Black Bolt, Teyonah Parris’ Monica Rambeau, Haley Atwell’s Captain Carter, Eric Bana’s Bruce Banner, Tom Cruise as Iron Man, a variant of Baron Mordo played by Chiwetel Ejiofor, and Bruce Campbell as Balder the Brave.

In fact, these leaks claim that Jessica Alba as Invisible Woman also cameo in the film alongside a CGI version of The Thing. The two are eventually killed in a brutal battle against a variant of Scarlet Witch. 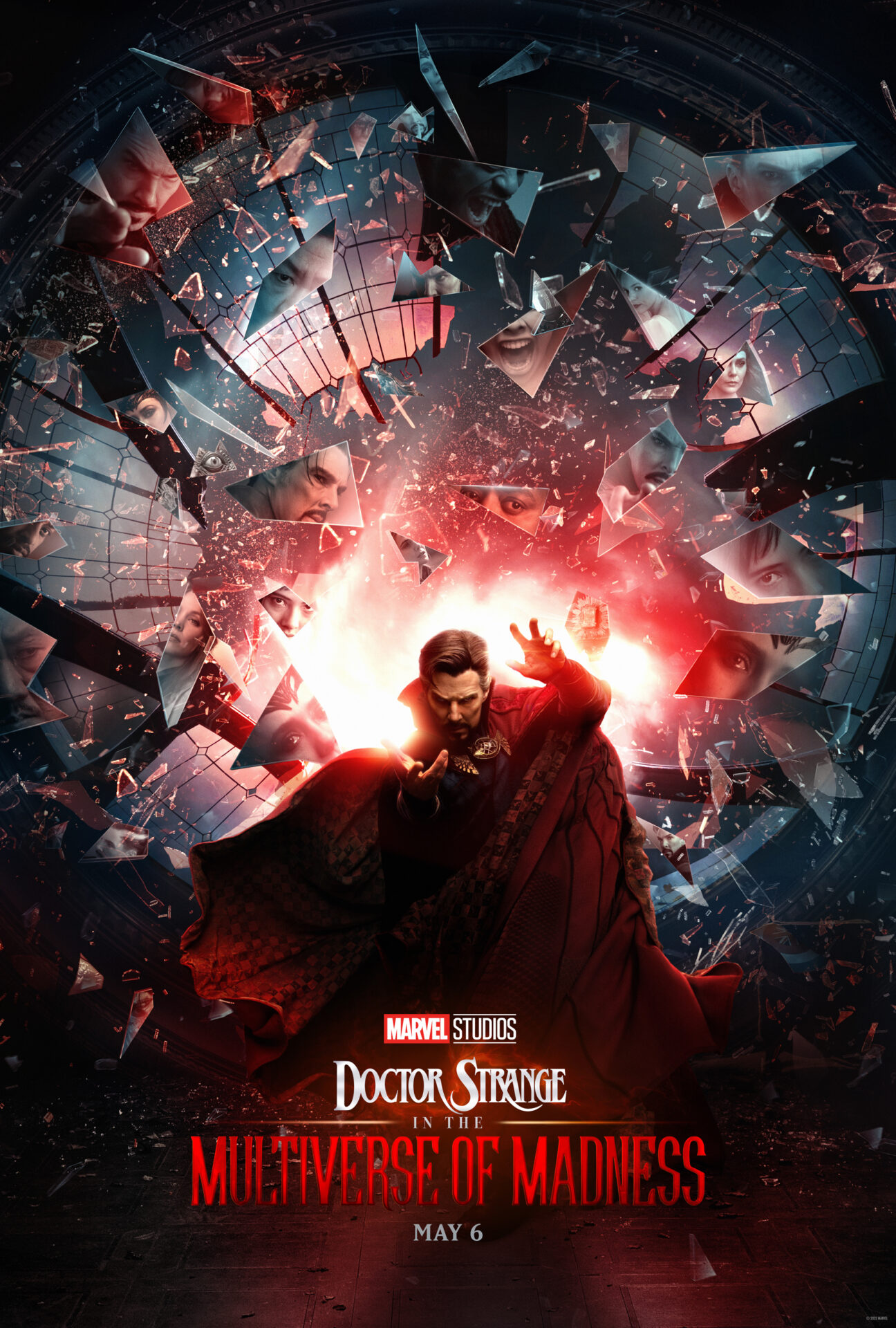 What do you make of this advice Michael Chiklis has for Marvel regarding a Fantastic Four film?