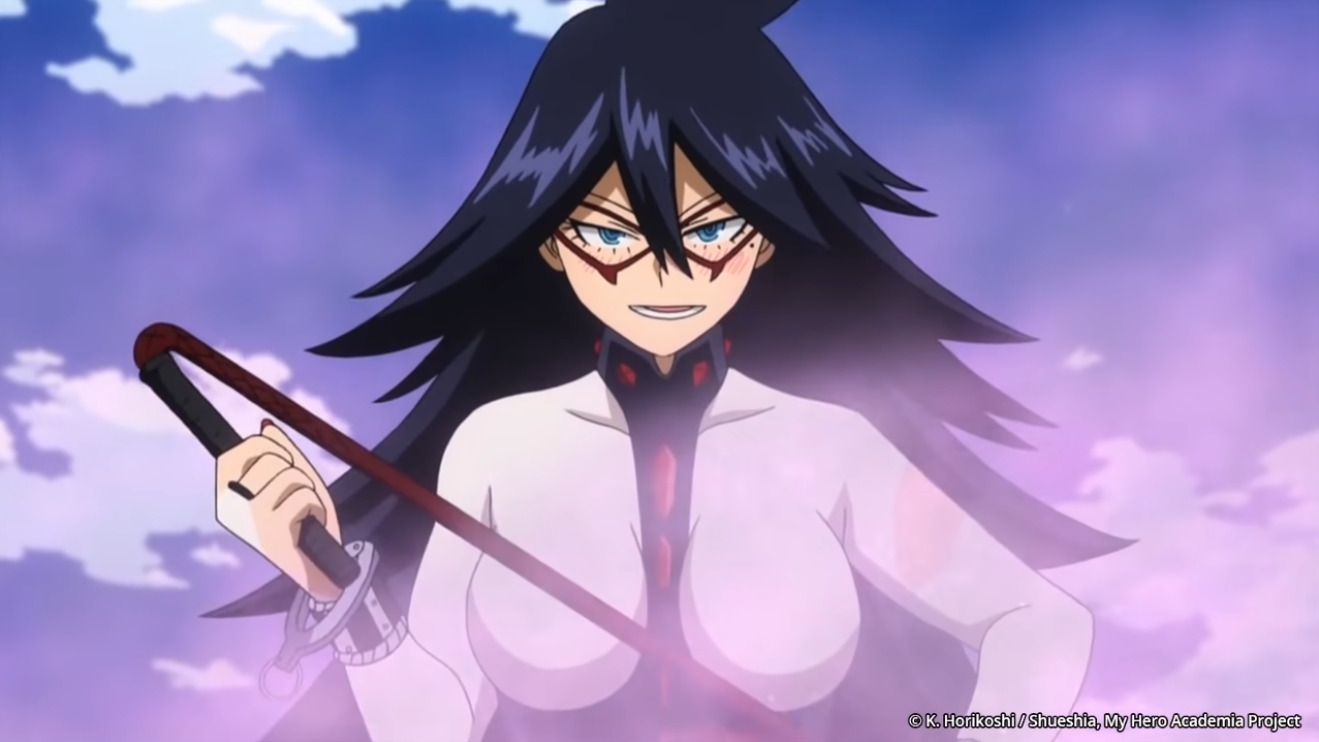 Nemuri Kayama, a.k.a. the “R-Rated Hero” Midnight, has the power- or Quirk- to send her foes to sleep. She does this through an “aroma” released from her skin, and as such her costume features areas that can be torn away to release the gas.

While she has explained the necessity of her costume- being able to rip parts of it off mid-fight to use her powers- others highlighted how her first costume resulted in the creation of the hero costume regulations on how much skin a hero could show. 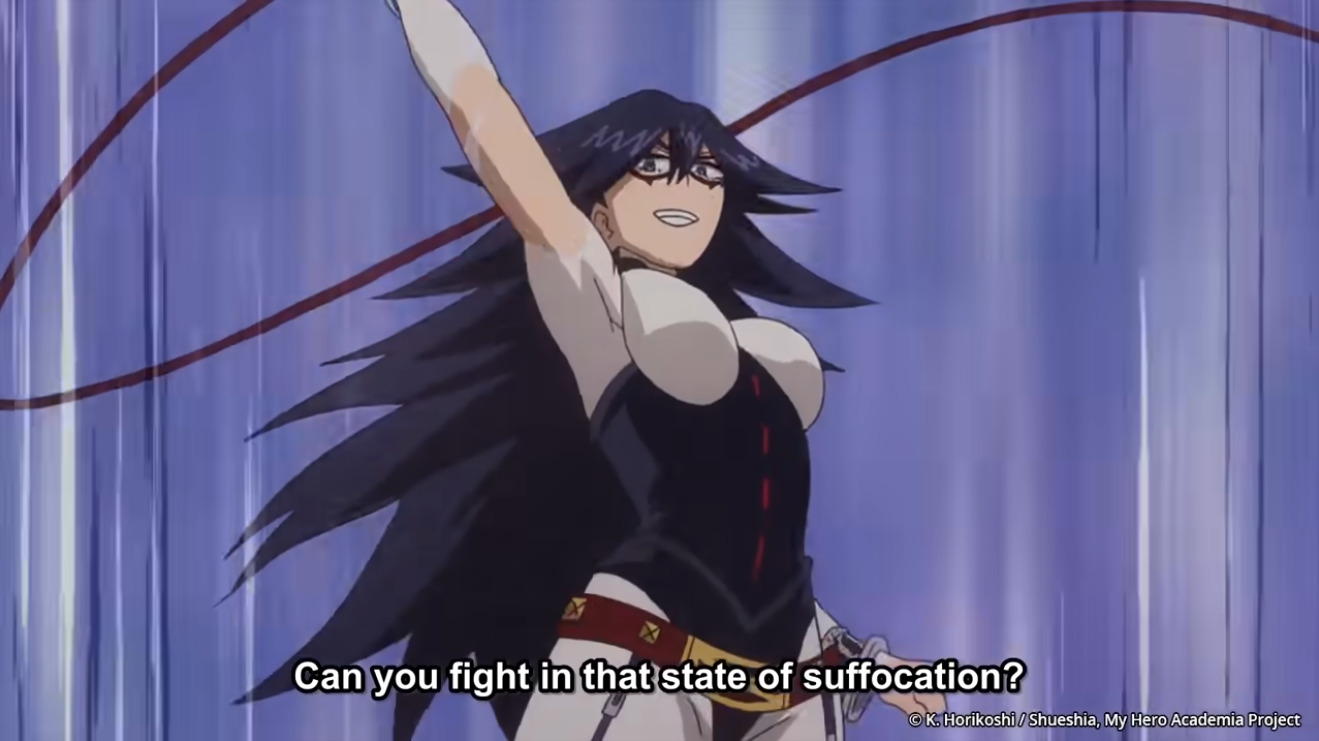 In addition, Midnight has shown a sadistic and flirtatious personality, and seemingly being aroused by any form of “passion” from her students.

Yet she has also shown intellect, kindness, and bravery as situations grew dire. In short, the character has shown more depth than mere fan-service.

As such, fans accused Bandai Namco’s My Hero One’s Justice 2 of censorship. Her leotard now covers her chest, and while it still somewhat exposes her hips, may be closer to her belt.

Curiously, it also seems that Midnight is able to use her Quirk without ripping off parts of her costume. What’s more, this alleged censorship is not restricted to the Western market, as it is the same in the Japanese trailer.

Not tearing chunks out of her own costume may be due to budgetary restraints. Midnight would either need to tear away at the same patch of clothing again and again (repairing each time there-after), or a different patch each time and reflecting the damage to her costume through the fight. 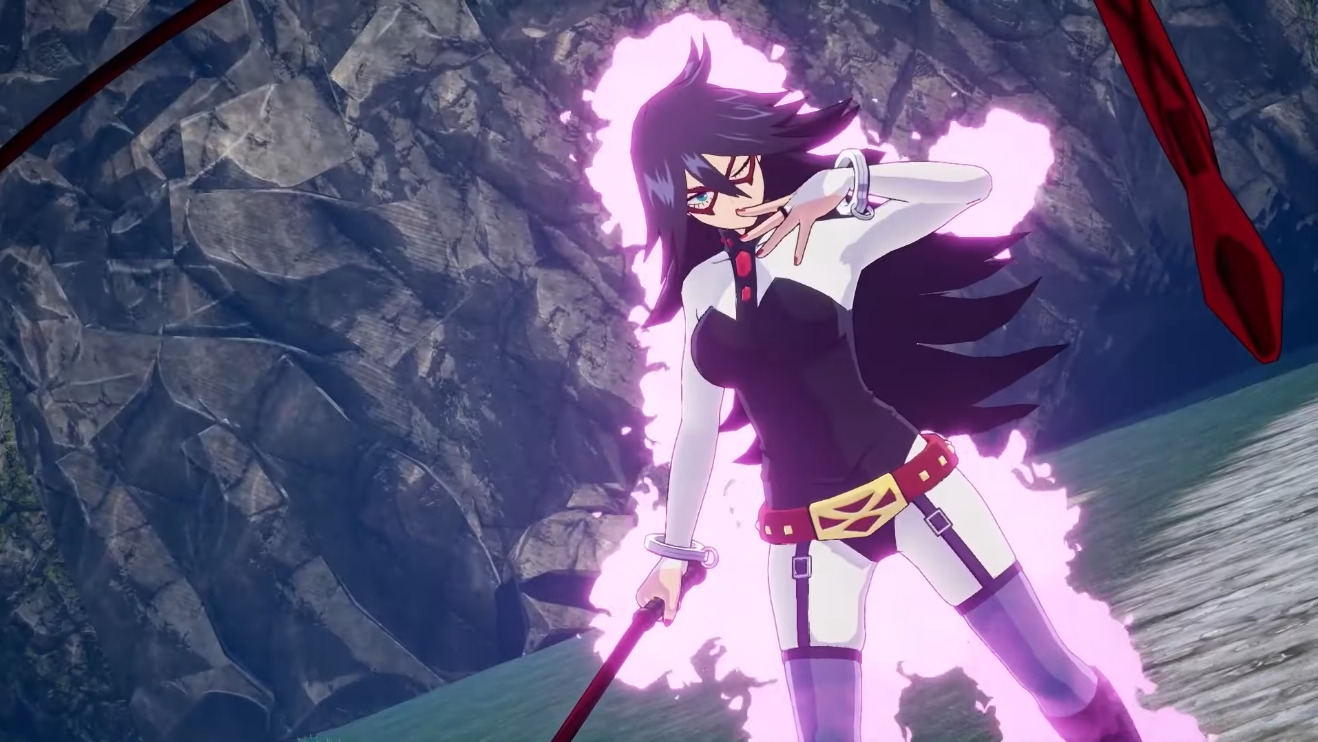 The changes to her outfit have not gone unnoticed and fans expressed their displeasure and accused the company of censoring the character.

“Got 90s level Toonami censorship on her,” @ThiefKingIX dismissed. “I thought we learned the folly of such things.”

“Looks like they gave her a breast reduction lol,” mocked @YellowFlashGuy.

“So they censored her tits,” @seri3ma bemoaned.

So they censored her tits. https://t.co/rdkbwYNJSs

The Twitter user also shared how her Quirk works as seen from the popular anime adaptation of My Hero Academia. The user wrote, “I mean, look closely to this gif.”

“Not buying this it’s censored i wait for the rabbit,” @YorhaKitty steadfastly warned.

The “rabbit” in this case would be Rumi Usagiyama, the “Rabbit Hero” Mirko. Several commenters across Facebook and Twitter hoped she would be the next character, though she too has a leotard and skin-tight outfit.

Tha_anime questioned, “They covered her titties…. !?” Dcb2art responded, “I just noticed that, wtf.” 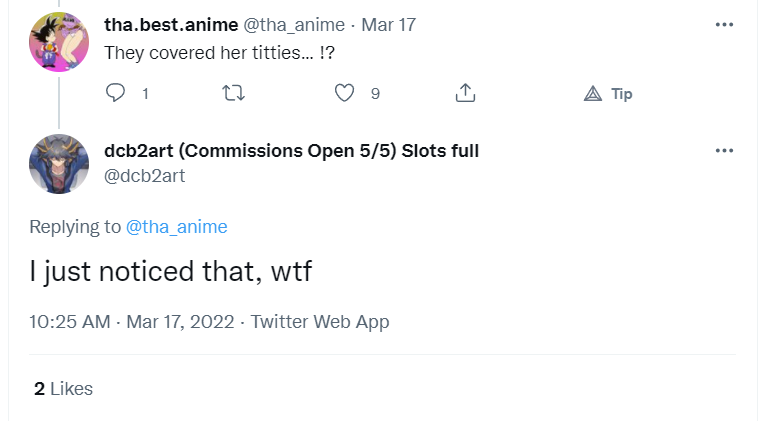 On Bandai Namco’s Facebook post for the announcement, Aaron Quesada asked, “So they edited her outfit? Lol wow.”

“It’s the Sony Check man,” proposed Joshua Horne. “Especially now that they’re based in America.” This would be Sony Interactive Entertainment’s infamous “global standards” censorship policy for sexual scenes in games with anime art-styles, and their HQ residing in California since 2016.

Sony aside, Bandai Namco themselves have previously engaged in censorship. Tales of Berseria had a scene censored of a child being impaled, as Bandai Namco stated “it would not allow us to keep our current 16 rating.”

It should also be noted that in My Hero One’s Justice 2, Momo Yaoyorozu’s outfit seems entirely uncensored. This despite it featuring exposed cleavage with a plunging neckline that reaches her naval. 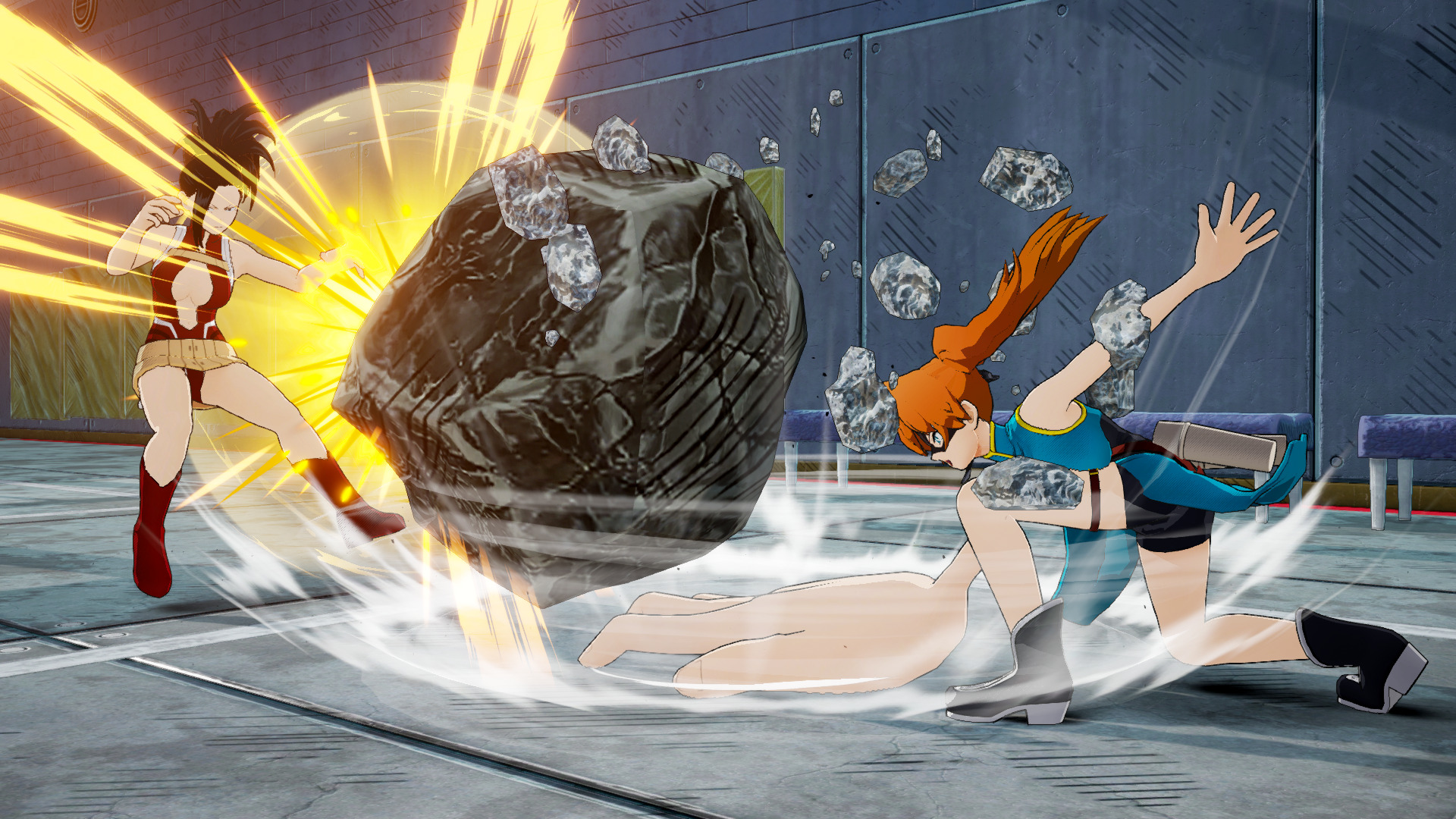 Source: My Hero’s One Justice 2