Move over, Spider-Man: Courtesy of Marvel’s latest volume of What If…?, Ultimate universe transplant Miles Morales is moving on to filling in the tights of several of Marvel’s other iconic heroes. 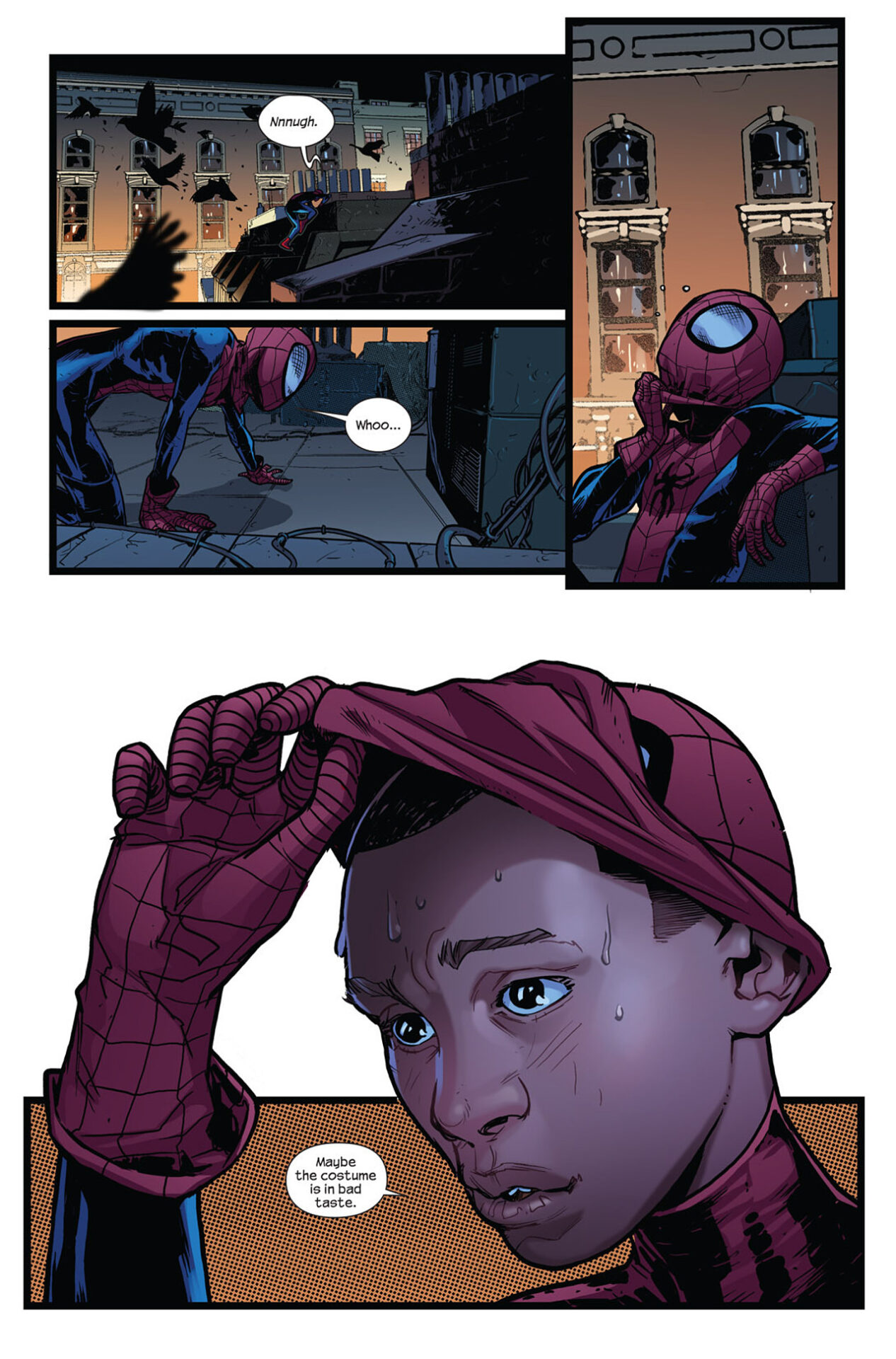 RELATED: Marvel’s Upcoming ‘My Super Hero Is Black’ Will Tell The Story “Of The Industry On Its Path To The Modern Black Super Hero,” Claims America Is Systemically Racist

Announced by Marvel in November 2021 and recently releasing its first issue on March 2nd, What If…? Miles Morales sets out to answer the question, as put forth by the publisher, “‘What if Miles Morales followed in the footsteps of a Marvel hero other than Spider-Man?’”

The first issue, penned by Cody Ziglar (The Amazing Spider-Man Vol. 5) and illustrated by Paco Medina (Fantastic Four Vol. 6), sees the eponymous legacy character take on the role of Captain America, gaining his peak human physique after mistaking a stolen super serum kept in his Uncle Aaron’s fridge for a beverage and downing the whole thing in a few quick gulps. 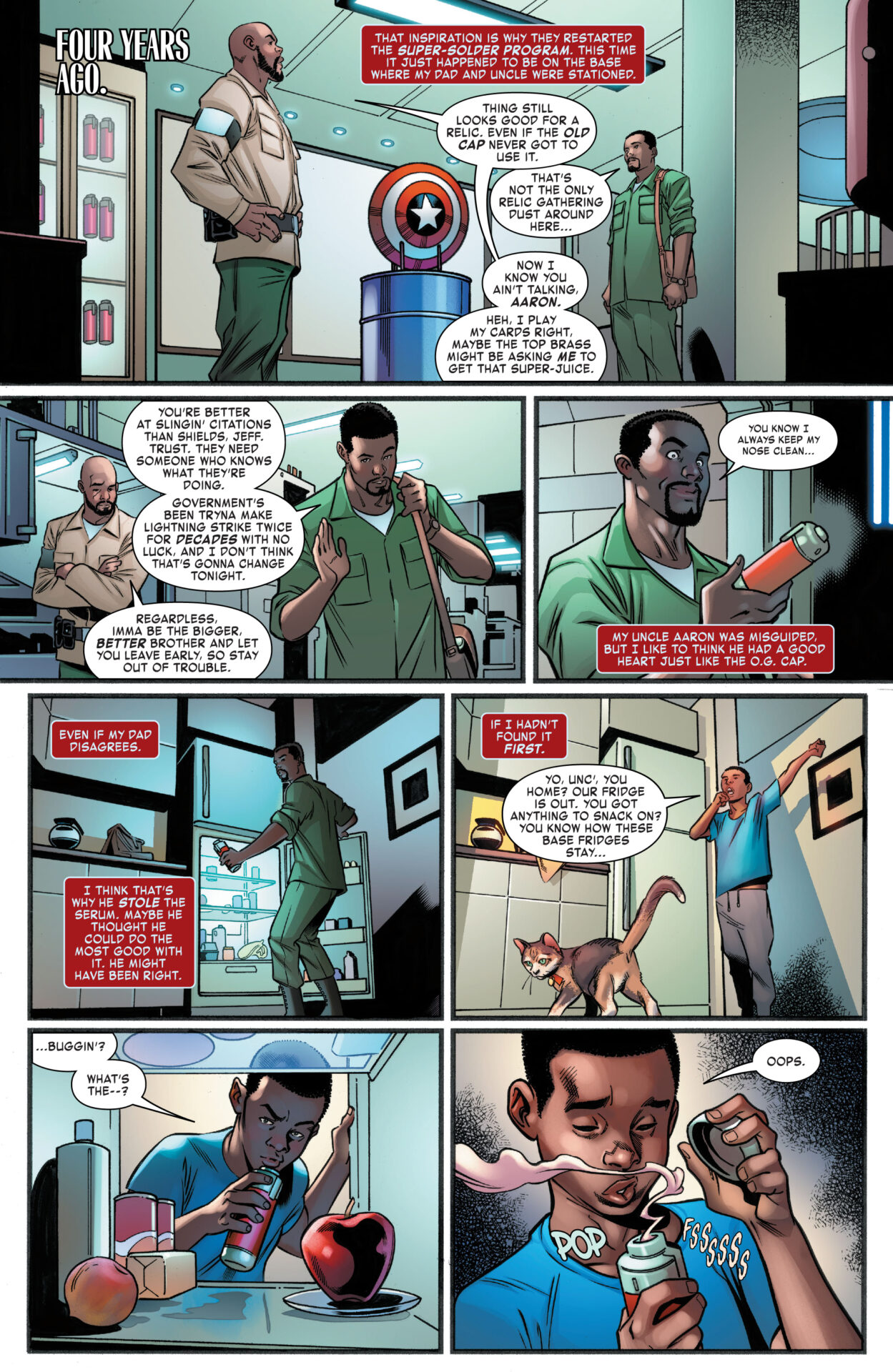 “I’m a supreme Miles stan and life-long Cap truther, so being asked to helm the kick off of this What If? series was a dream come true,” Ziglar told Marvel in promotion of the series. “Simply can’t wait for folks to see our boy Miles yeet that shield and how he handles the mantle of Captain America.” 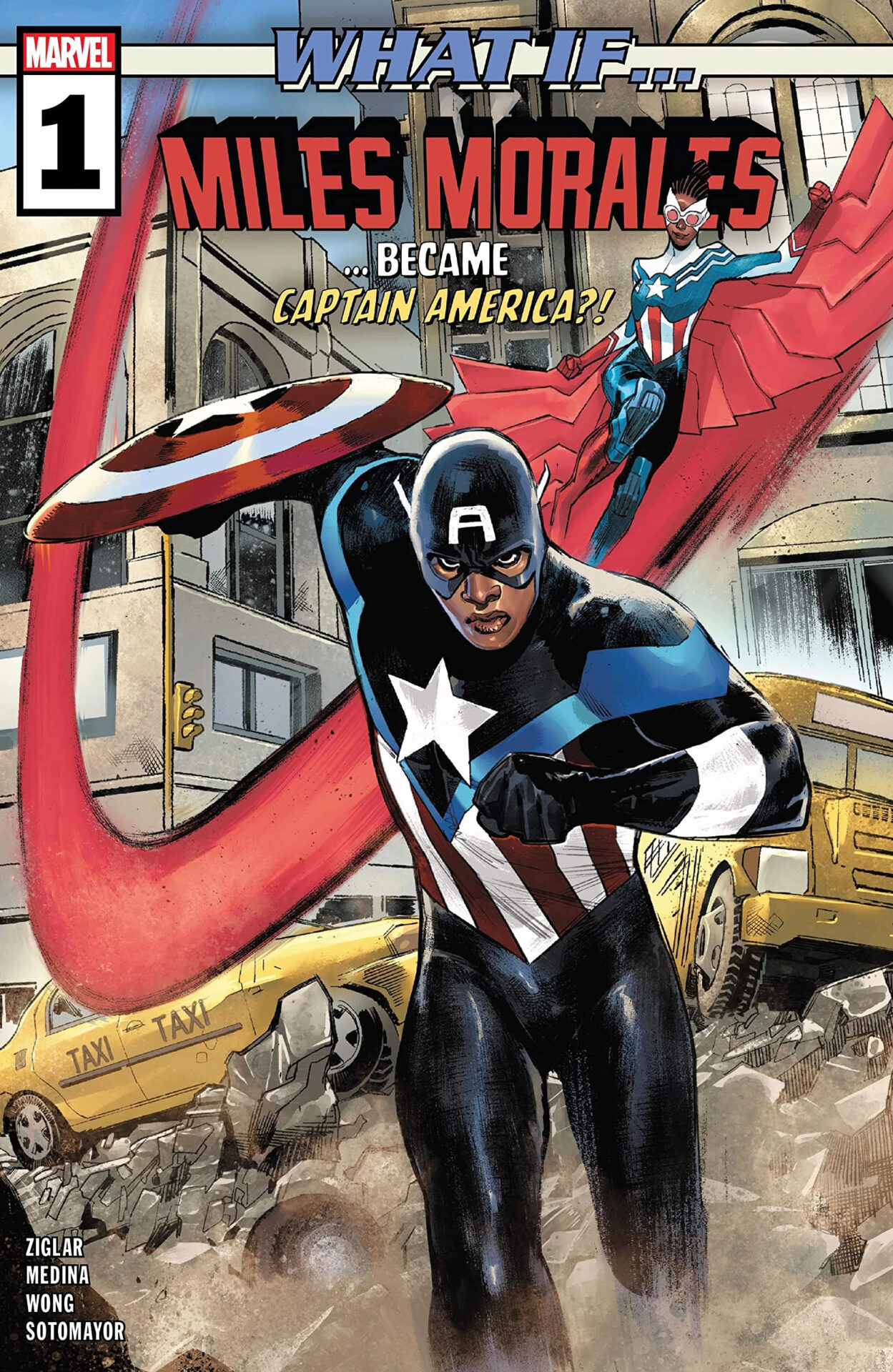 Alongside Ziglar and Medina’s take on Miles as the Star-Spangled Avenger, the series will also see 12-Years A Slave screenwriter John Ridley (Future State: The Next Batman, the infamous ‘Superman tortured via sydomy’ story in Superman Red and Blue) and artist Farid Karami (Heroes Reborn: Night-Gwen) turn the young hero into a version of iconic mutant berserker Wolverine: 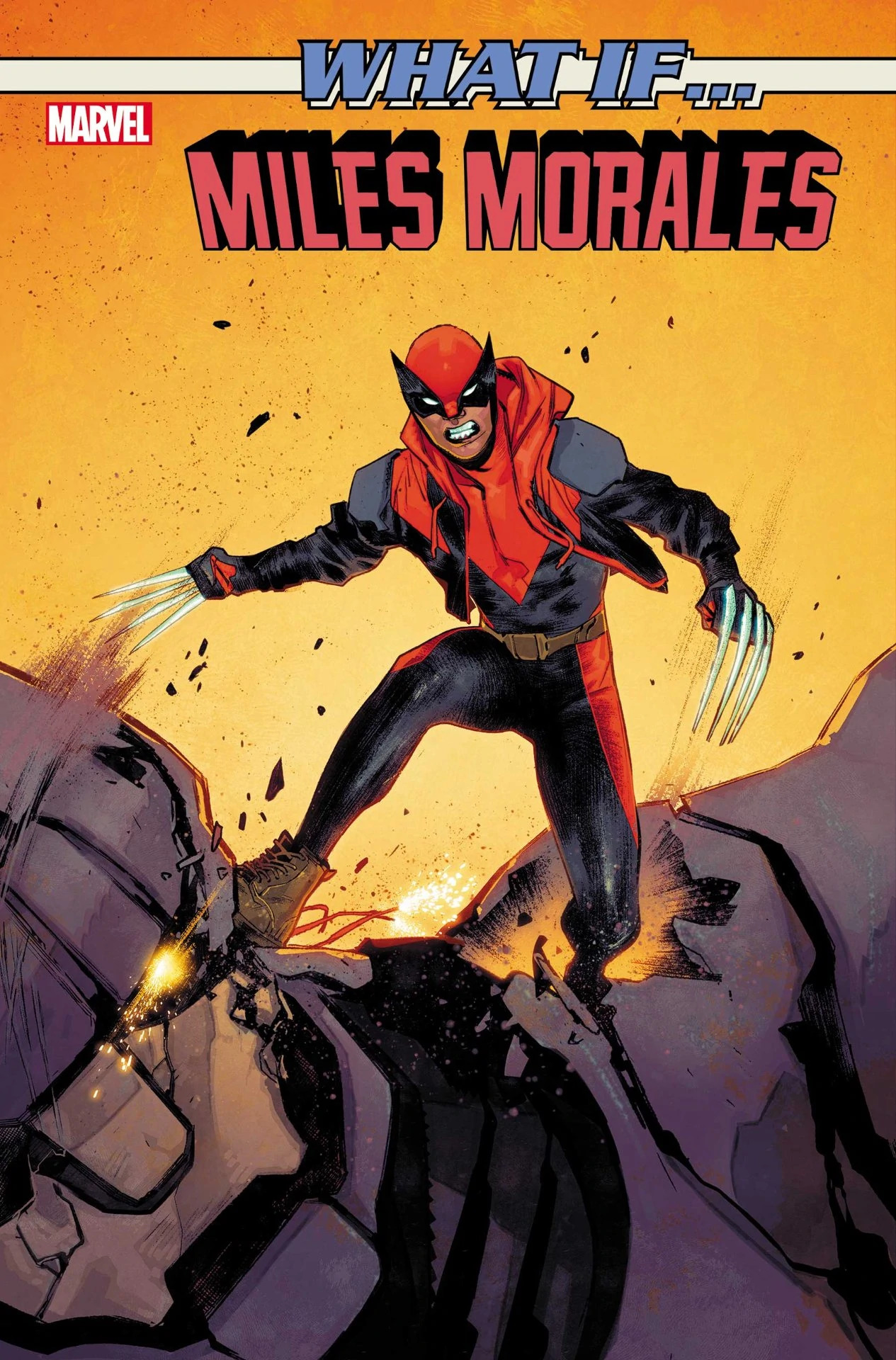 Anthony Piper (Devil’s Reign: Spider-Man Vol. 1) and Edgar Salazar (Iceman Vol. 3)  dose him with Gamma Rays and put him up against the Abomination as an alternate version of The Hulk: 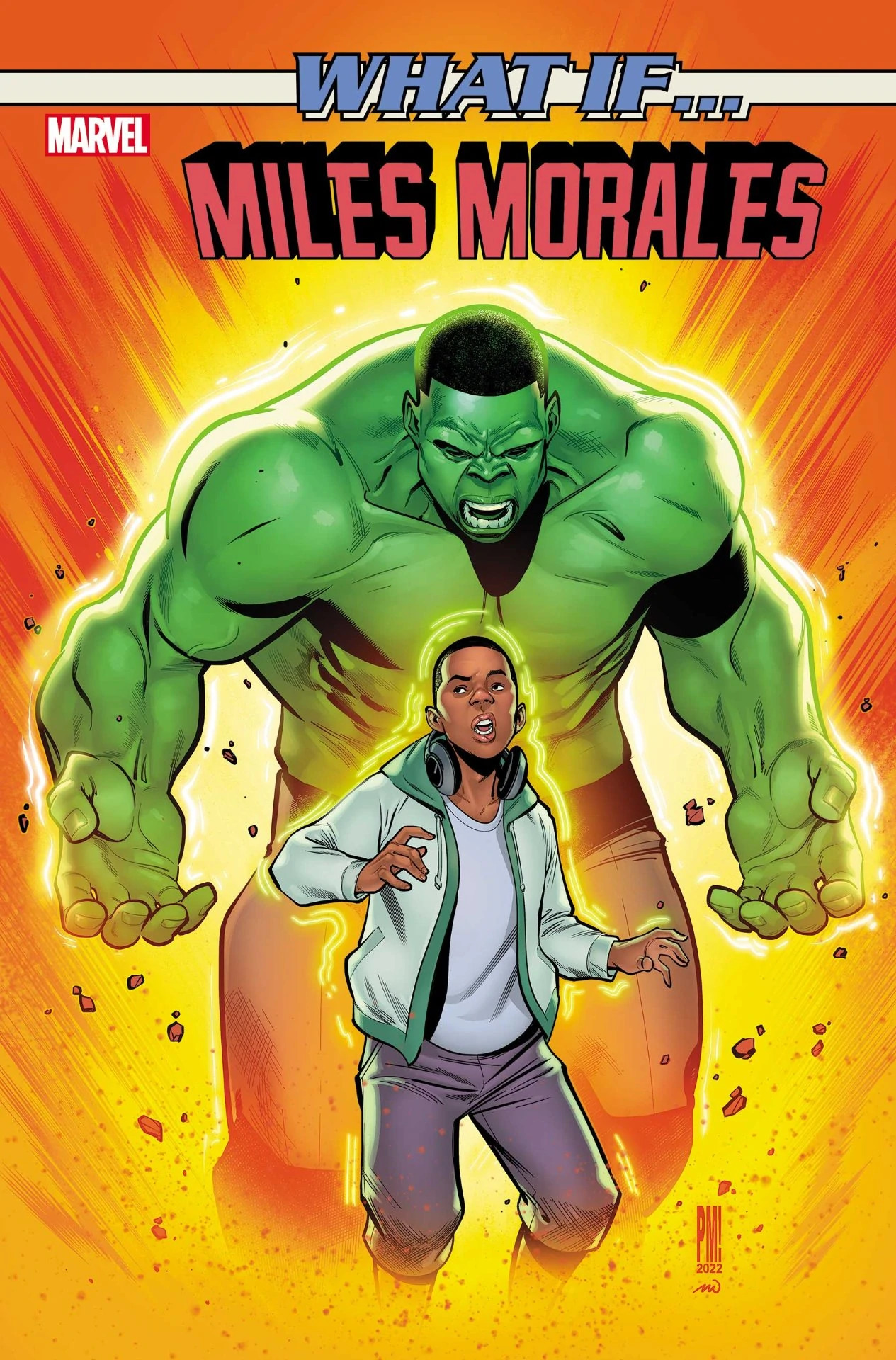 And Yehudi Mercado (Ghost Rider: Loco-Motion story in Marvel’s Voices Comunidades Vol. 1 #1) and Luigi Zagaria continuing on Jason Aaron’s legacy of Thor being a title rather than the Odinson’s actual name by finding Miles worthy of Mjolnir: 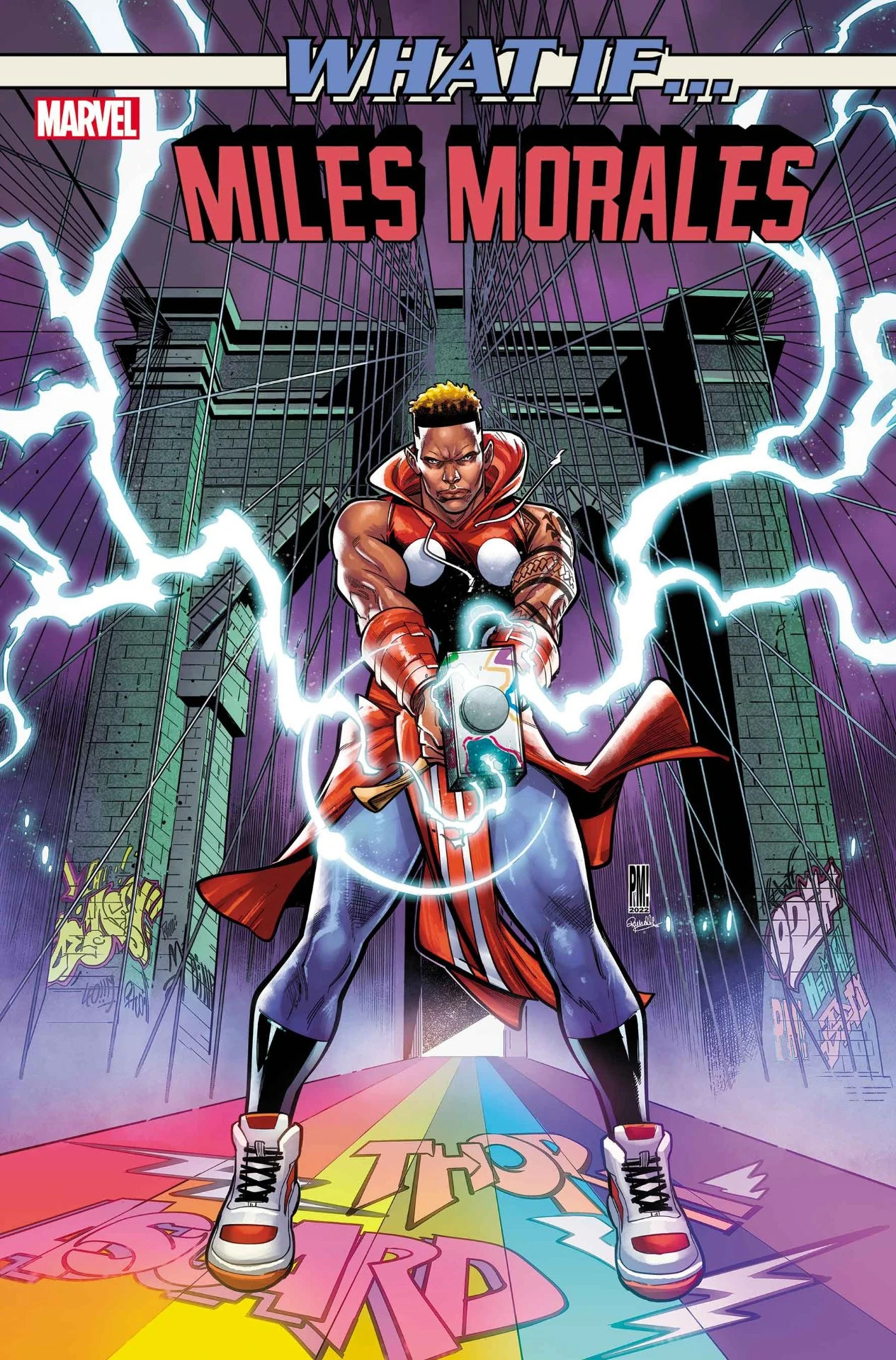 It should be noted that while the four versions of Miles presented in the series are established as alternate universe versions of the character, the concept of the multiverse has been used in recent years to essentially ‘preview’ the upcoming replacement of the original character in mainline canon.

Not only does the original Miles Morales stand as an example of such a ‘stealth replacement’, but this trend can also be seen in the merging of characters such as Ultimate Nick Fury, the MCU’s Valkyrie, and the Ultimate Spider-Man animated series’ original Nova corp member, Sam Alexander into the 616. 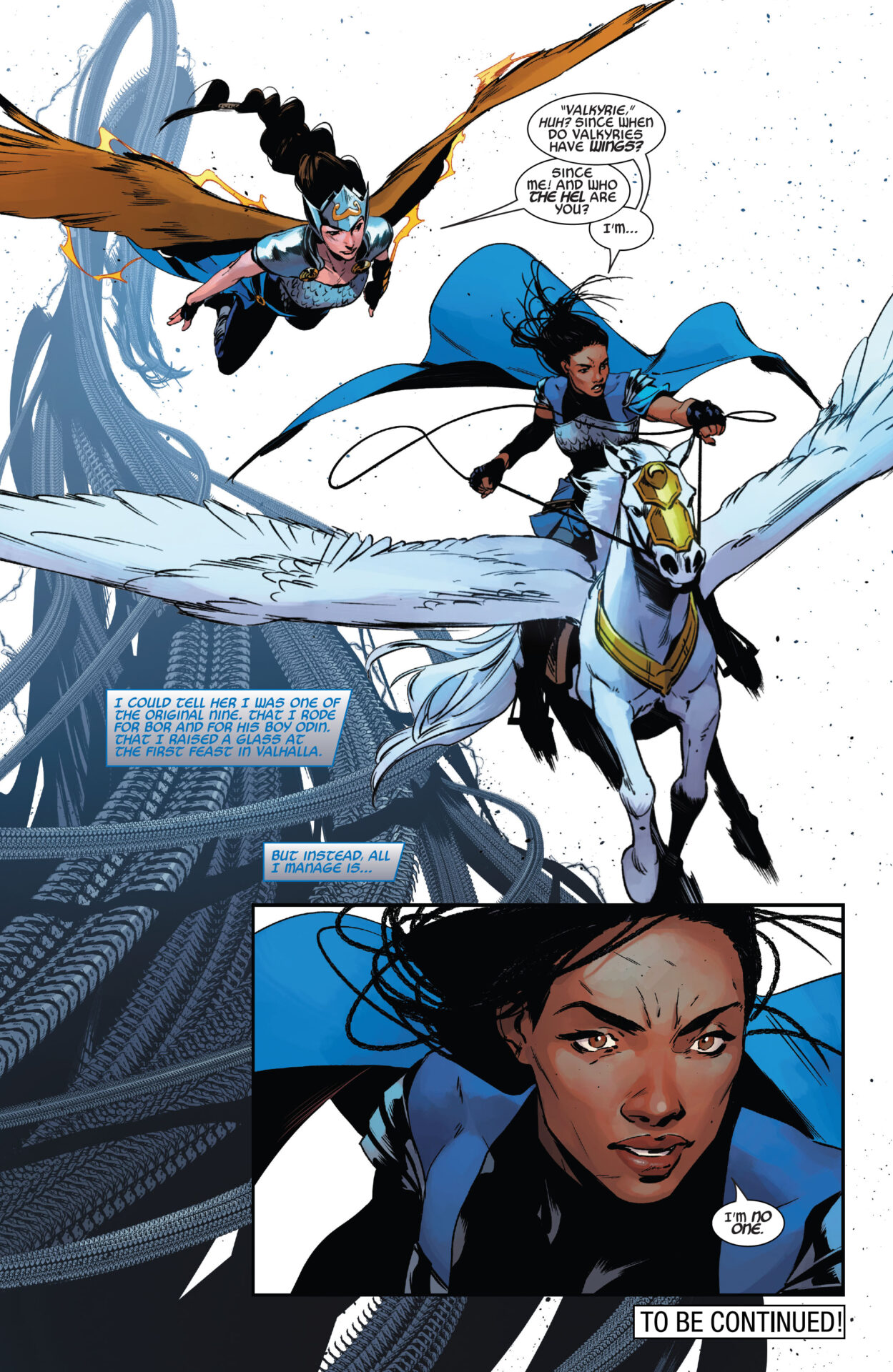 Are you interested in reading What If…? Miles Morales? Let us know your thoughts on social media or in the comments down below!