The rumors are swirling and one of the latest indicates that Marvel Studios will recast both Bullseye and Elektra for a new Daredevil series on Disney+. 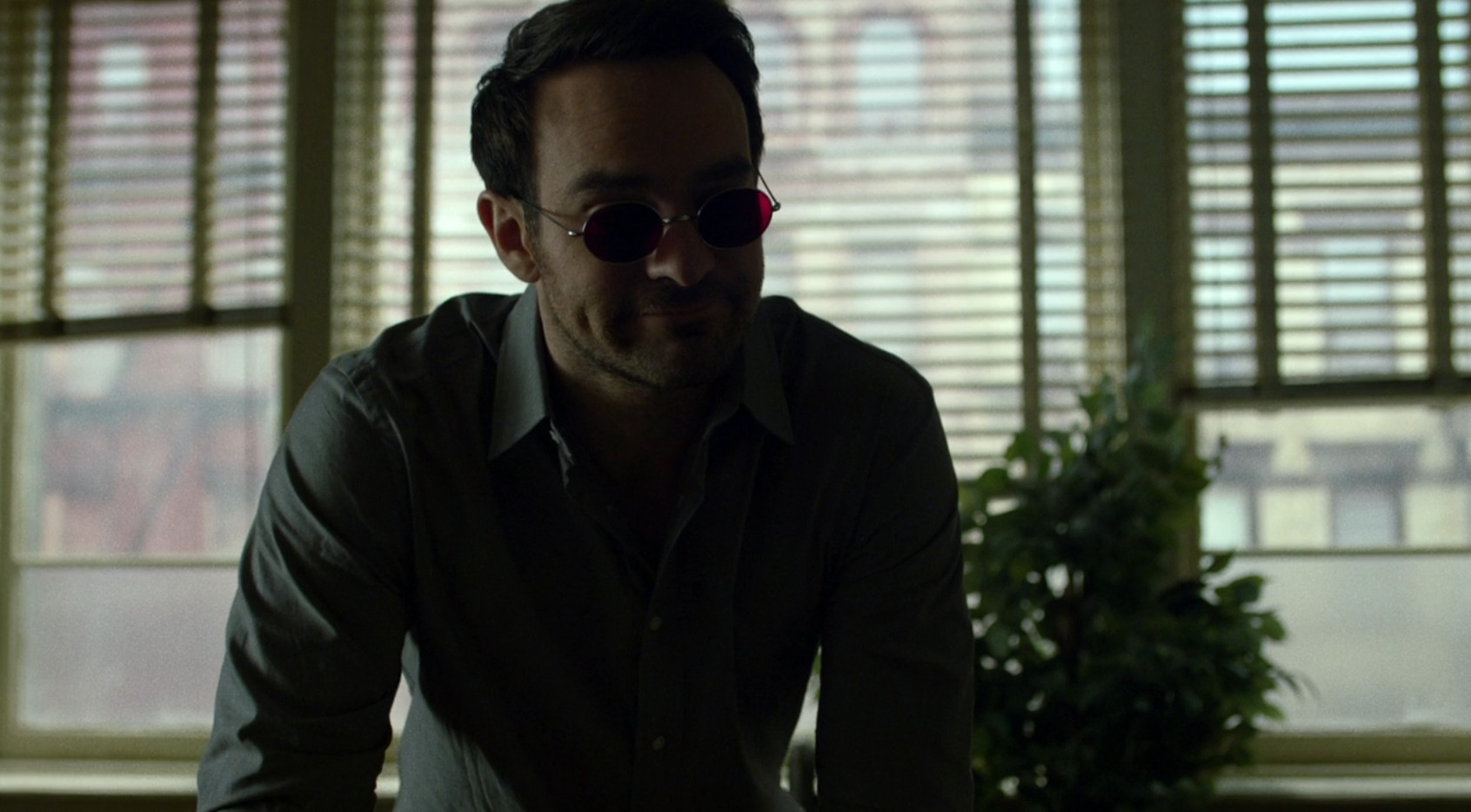 On top of this, Charlie Cox reprised his role as Daredevil’s alter ego Matt Murdock in the recently released Spider-Man: No Way Home. Vincent D’Onofrio’s Kingpin also played a significant role in the Hawkeye series on Disney+.

While the evidence appears to be adding up that Daredevil will get a new show, a recent rumor from Mikey Sutton at Geekosity claims that indeed Daredevil is getting his own show and like the previous one it will have a TV-MA rating.

Sutton claims, “When Marvel Studios’ Daredevil reboot leaps onto Disney Plus, it’ll be R-rated. Sources indicate that the new MCU Daredevil series will be behind a parental lock.”

The scooper also claimed, “Sources indicate that Disney Plus’ Daredevil could debut by late 2023 or early 2024.” 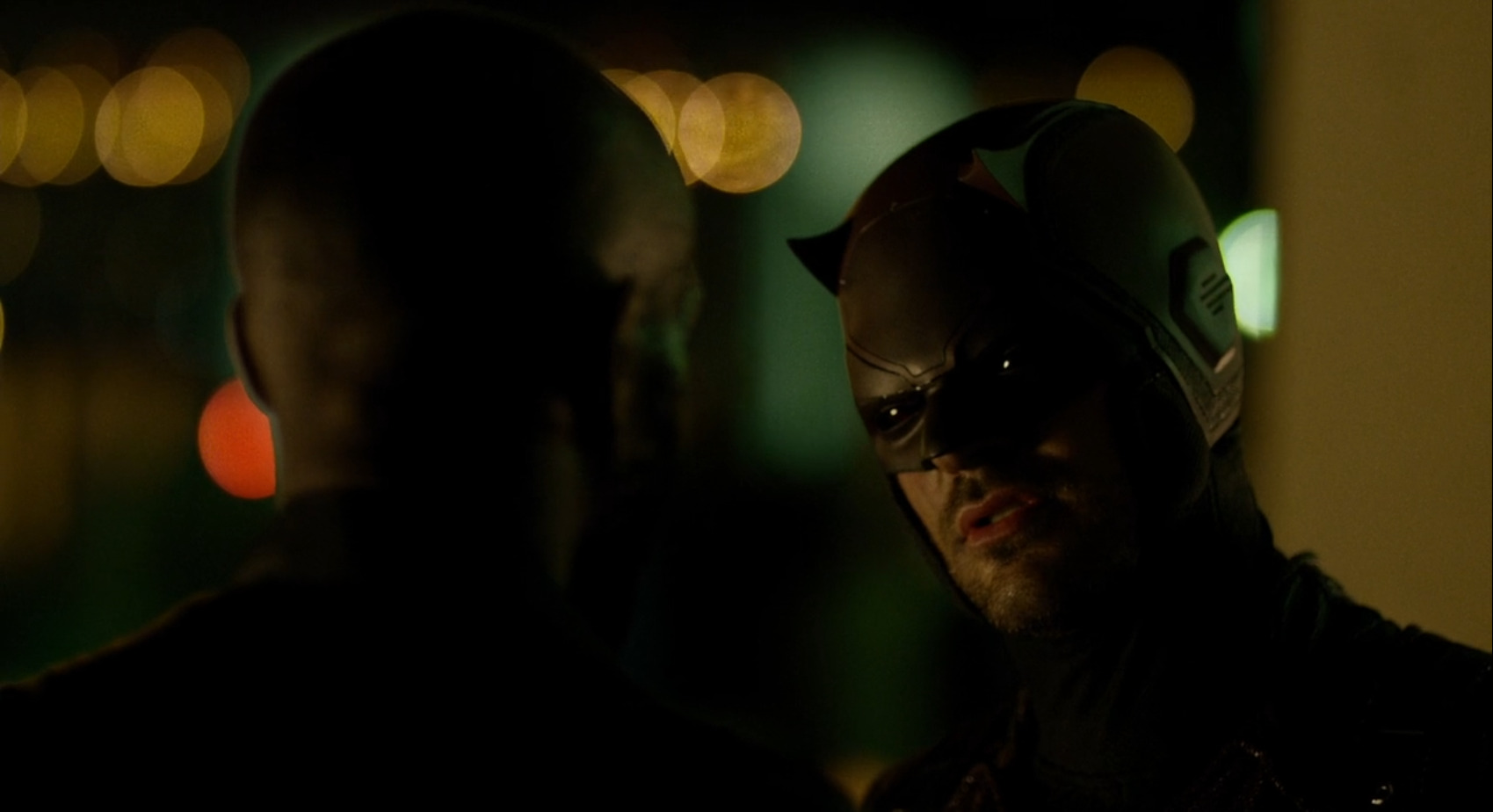 Not only did Sutton claim the show is happening and that it will be TV-MA, but in a follow-up scoop he claimed Marvel Studios will be recasting Bullseye and Elektra.

Bullseye was played by Wilson Bethel in the show’s third season while Elodie Yung played Elektra in season two of the show as well as in The Defenders miniseries. 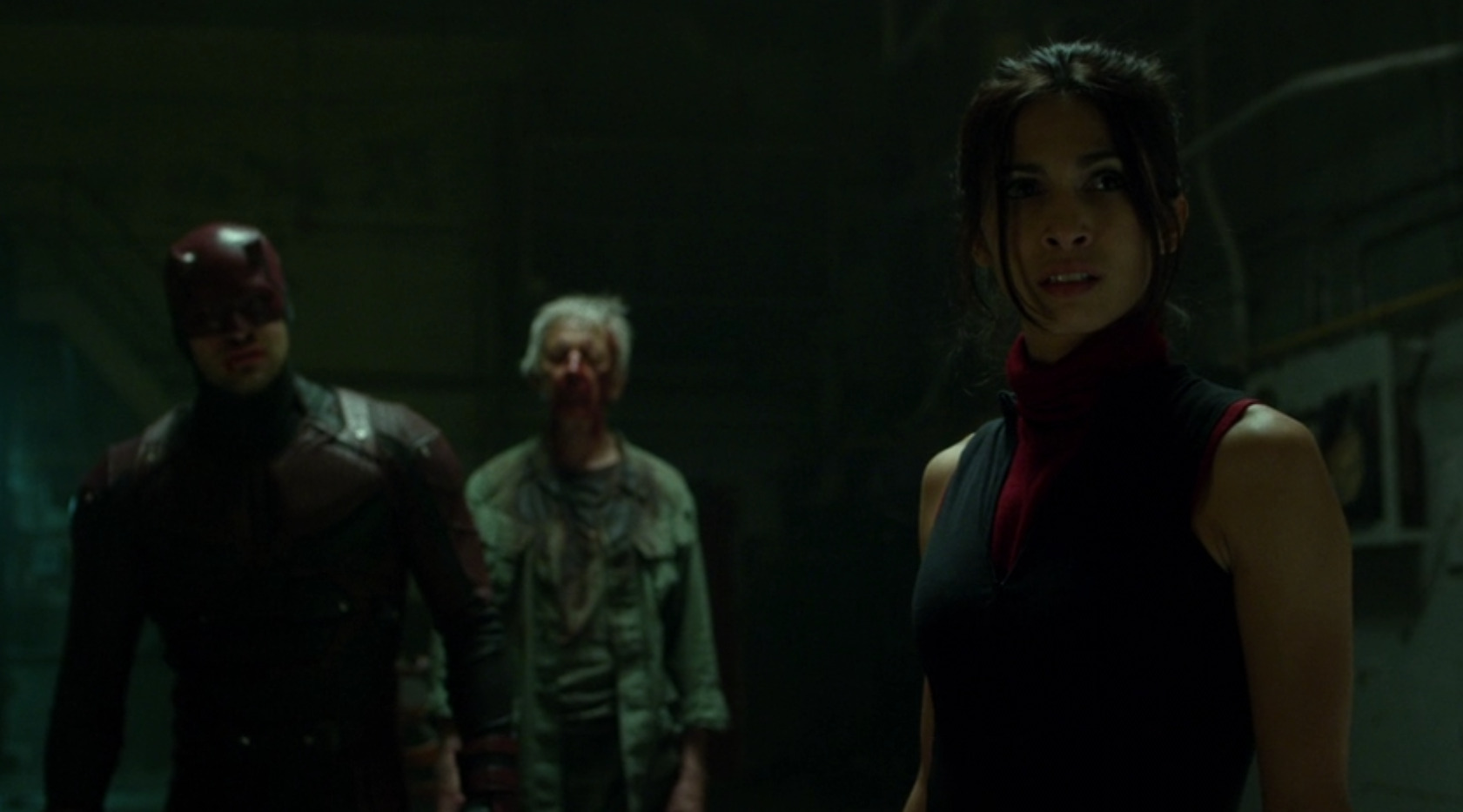 RELATED: Vincent D’Onofrio Explains How His Daredevil And Hawkeye Kingpin Characters Are Connected

A source told Sutton, “Wilson Bethel wasn’t a bad actor. But he certainly didn’t look like Bullseye in the comics. That’s not his fault. Jeph Loeb had an aversion to costumes, it seems like. Still, Marvel Studios wants an actor with superior acting abilities.”

Sutton would also claim that Bullseye will wear a comic accurate costume and that he will be an assassin working for Kingpin. It’s also possible he might join the Thunderbolts in the future. 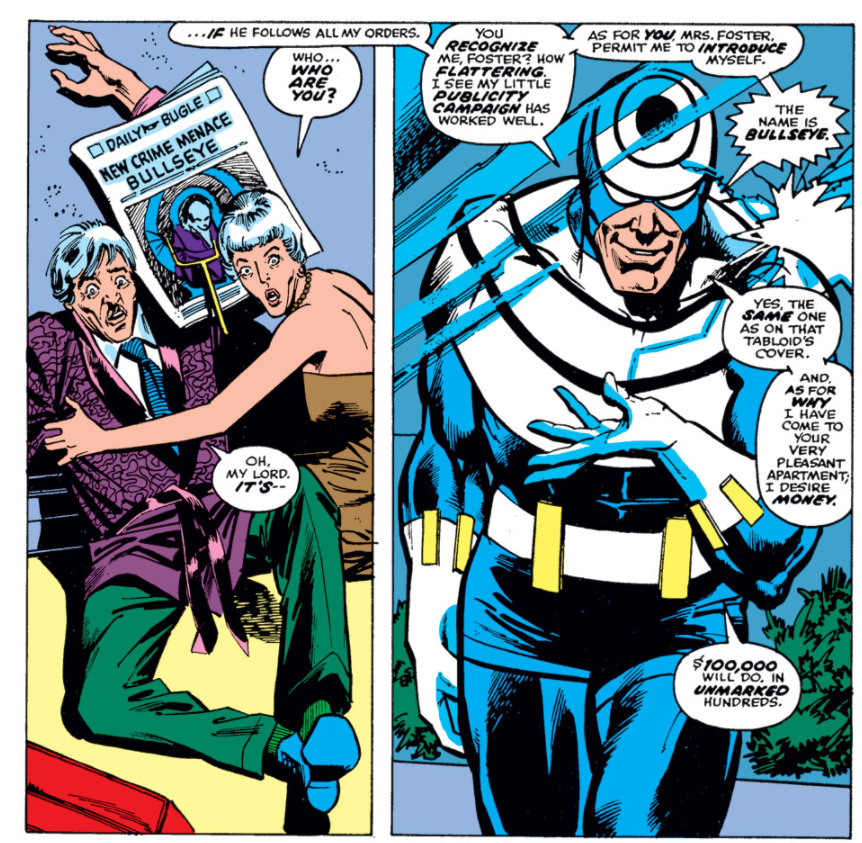 Charlie Cox definitely appears to be in favor of his character returning to TV rather than a feature film. Cox recently spoke with ComicBook.com about Daredevil’s future where he revealed he’d like to see Daredevil back on TV rather than in a film franchise.

He explained, “I think all of these characters lend themselves perfectly to the television format. Because they are episodic in their original format. The deep fan base has learned to consume them in an episodic format in the comics.”

“The thing I always said about season one of our show was that if you made the movie version, you kind of have to have him in the suit after 20 minutes, and you’ve got a lot of story to tell. And this is one of the mistakes I think the film made, which was that they tried to tell all the stories, they had Foggy, Electra, Kingpin, Bullseye, they had all of those characters in two hours,” he elaborated. 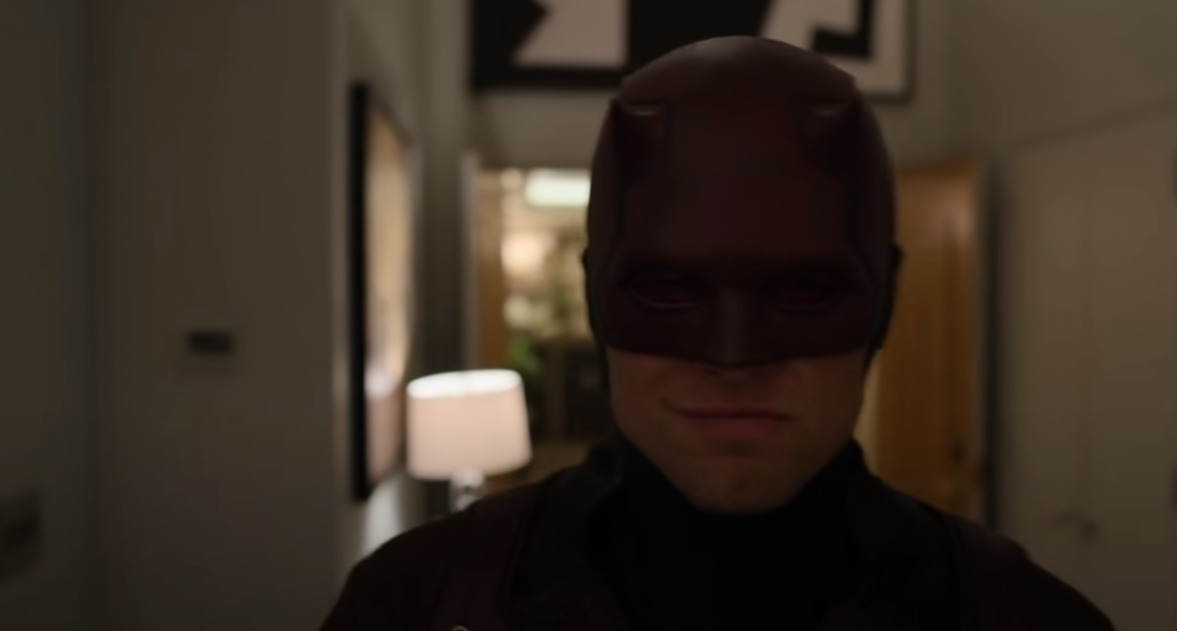 “We had 13 hours times three before we even bought in Bullseye. Do you know what I mean? So it would be really cool to do a Daredevil movie and to do this kind of one-off moment in time,” Cox continued.

“But I think in terms of telling the story, it’s more fun to have more time to do it. The only caveat is that it would be super cool to see DD on the big screen, that’s the only thing that miss out. But even now with movies, most of the movies, you watch them streaming anyway,” he added. 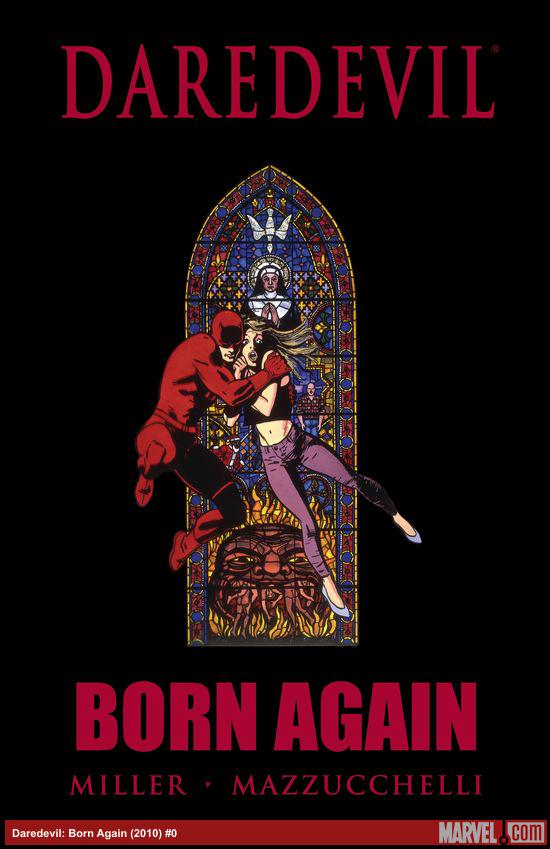 As for the idea of the show being TV-MA on Disney+, Cox is actually open to it being more family friendly, but he’d prefer it be more mature.

He explained, ” I wouldn’t put it past the folks at Marvel to be able to accomplish that. I’m such a fan of everything they’ve done so far, I wouldn’t underestimate them at all. So if they wanted to make a more PG version of Daredevil, I back them to find a way to do where it feels totally in keeping with everything we’ve done. And maybe there’s a little less blood, maybe there’s a little whatever, but I back them to do it.” 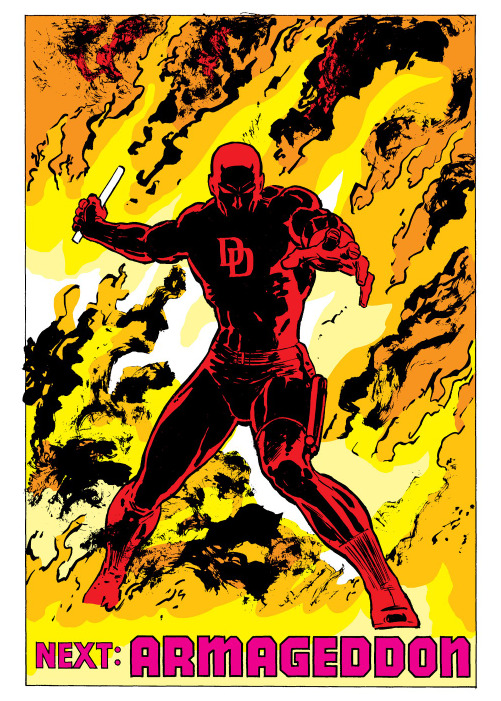 RELATED: Daredevil Showrunner Steven S. DeKnight Announces He Will No Longer Work With Marvel After Discovering EIC C.B. Cebulski Used To Pretend To Be An Asian Comic Creator

He elaborated, “My feeling is that the comics work best, the Daredevil comics, for me are more exciting, readable, relatable when it lives in a darker space. Having said that like, and obviously I’m thinking like Bendis/Maleev is probably the best example of that. Having said that, and this was actually when this news that you talked about came out, I was texting with some of the guys from the show and the text I wrote was, ‘Born Again.'”

“But having said that, Born Again is kind of a PG comic, it’s not in the same world as the Bendis and Maleev stuff. It’s not that dark, and it’s one of the greats,” he added.

“So it absolutely can work, but I guess what you can’t deny is Daredevil is never going to work as well in a PG world as Spider-Man does. Do you know what I mean? That’s the point,” he concluded. “I think that the age of the character, the Christian guilt, his history with women and stuff, it’s like it’s a little bit more mature, it has to be.” 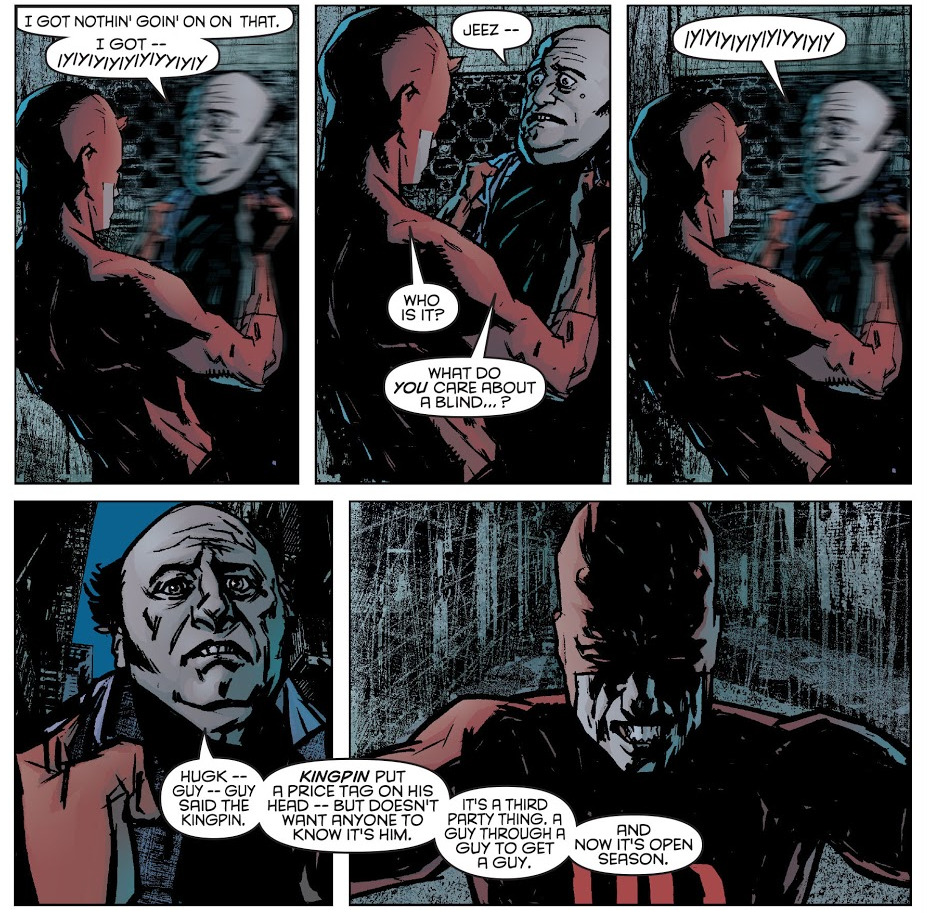 What do you make of these Daredevil rumors? Are there any Daredevil stories you’d like to see them adapt?