In a move that surely has no possibility of backfiring, Marvel has confirmed in the premiere issue of Immortal X-Men that, at least within their 616-continuity, the miracles performed by the Christian savior Jesus Christ were not the result of his Holy existence, but rather a latent X-gene. 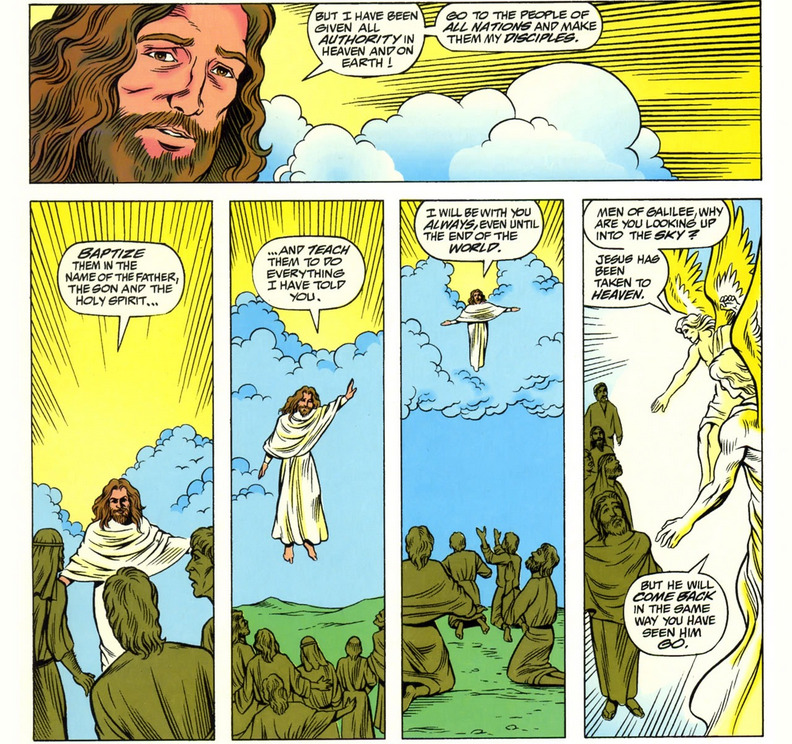 Written by Kieron Gillen with art by Lucas Werneck and David Curiel, the March 30th debut of the Quiet Council-centric Immortal X-Men begins its core story with Magneto, freshly cleared of the murder of the Scarlet Witch, offering his retirement from the mutant-species leadership board.

Left with a void in Krakoan leadership, the remaining Quiet Council members soon begin the process of appointing a new member, interviewing a range of candidates including Angel, Penance, Gorgon, Vulcan, Abigail Brand, and Beast. 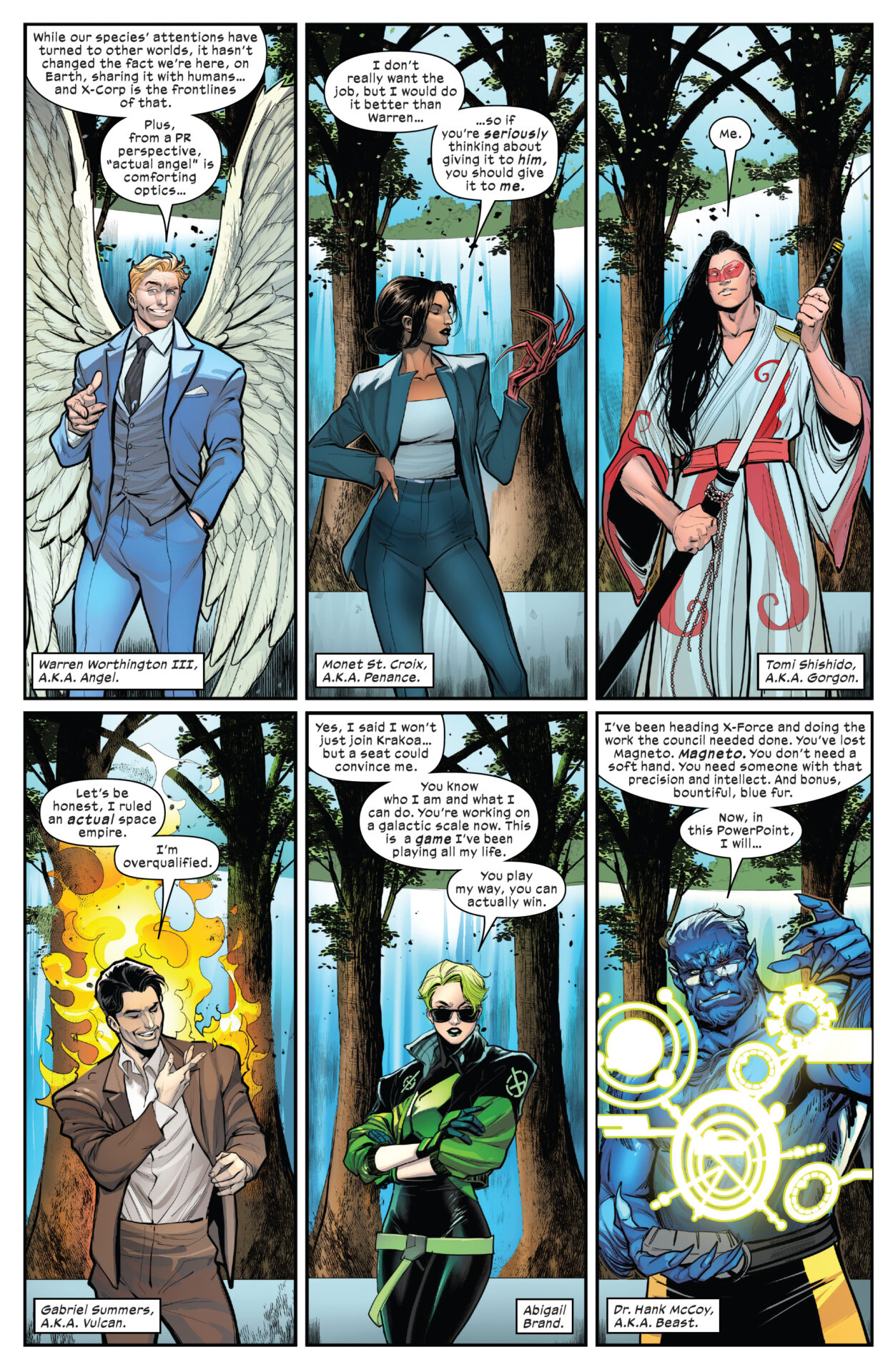 However, after conducting interviews with these mutants, the Quiet Council finds themselves unable to reach any sort of consensus as to who should replace Magneto.

Amidst these interviews,Quiet Council member and Omega-level former X-Men foe Exodus – himself regularly established to be a devout follower of the Christian faith – makes his way to Krakoa’s Arbor Magna, seeking out Hope Summers for an audience as she plays her part in the island’s Resurrection Protocols.

RELATED: Left-Wing Activist Rosanna Arquette Boldly Claims That Jesus Would Be Killed By The Police In This Day And Age

Taking her aside, Exodus explains to her that “I am a mutant of faith. I have that faith in you, and you cannot prevent that.”

“Your coming rekindled the fecundity of mutants,” he continues. “The Holy Spirit came upon you—”

“The Phoenix!” interrupts Hope. “The Burning Space Bird came upon me! There’s no need to get religious.” 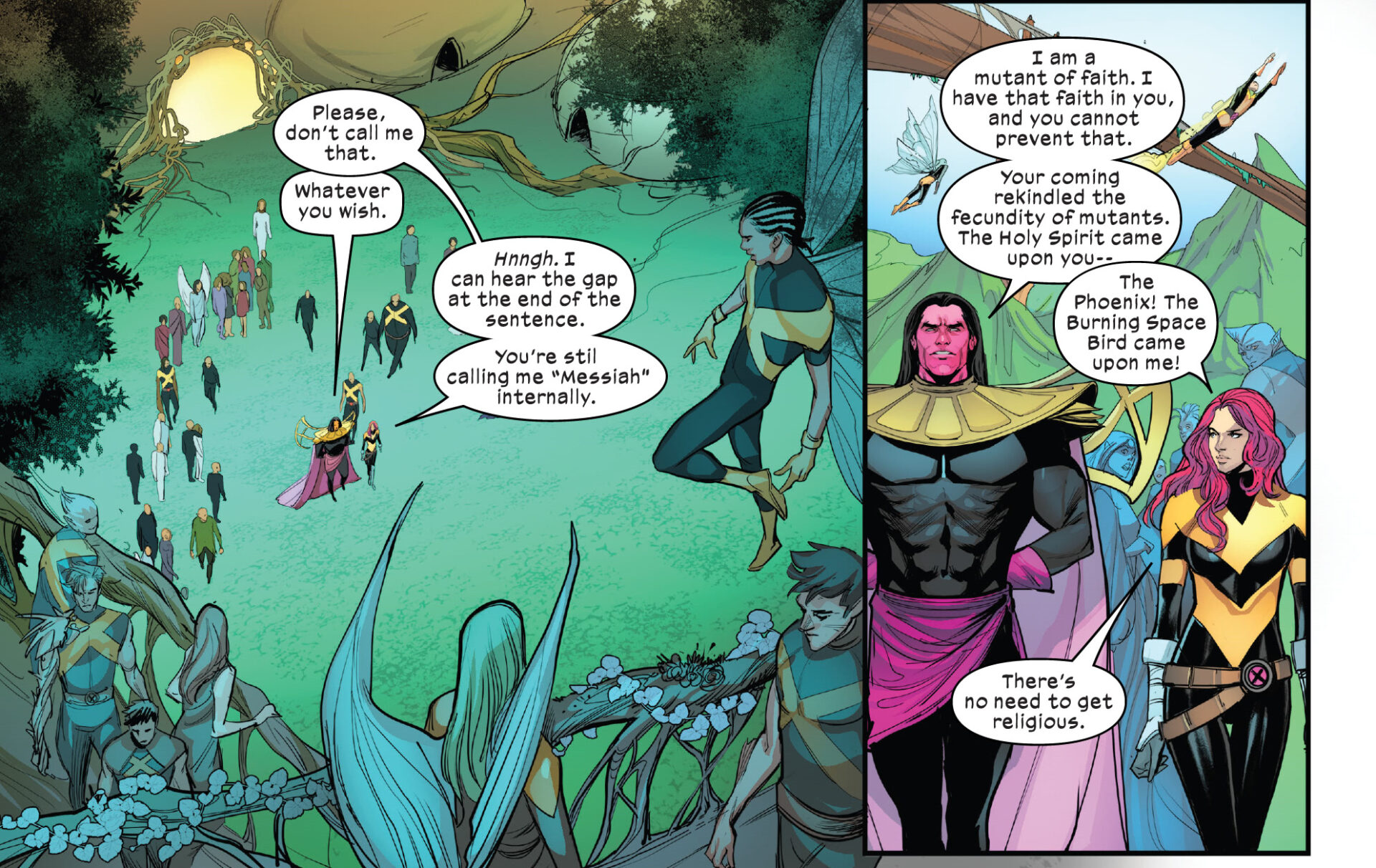 At this point, making reference to her work with the Resurrection Protocols, Exodus turns to Hope and attempts to persuade her to his side by comparing her abilities to the three resurrections – of the son of the widow of Nain, Jairus’ daughter, and Lazarus – performed by Jesus Christ and recorded in the Bible.

“The Nazarene Mutant inspired a church among the humans by raising a couple from the dead,” he asserts. “I just watched you beat that in the last five minutes.”

“And now,” he continues, “You have given us an actual heaven.”

Noting that “They don’t like using that word,” Hope responds, “The Waiting Room is just a backup.”

“Yes, which is a cowardly word for ‘heaven’,” he counters. “They don’t like saying ‘heaven’ as it scares them with its honesty.”

As Hope once again cuts him off, straight-forwardly asking “Enough of the acolyte stuff, and cut to the chase. What do you want from me?”, the pair then proceed to the Quiet Council to put her membership up for a vote – which ultimately results in her appointment to the group.

What do you make of Marvel’s take on Jesus of Nazareth? Let us know your thoughts on social media or in the comments down below!