Shaun Weiss, the former child star known for his roles in The Mighty Ducks franchise, Heavyweights, and many more hits from the ’90s, has announced that since his recovery from methamphetamine addiction, he has landed his first movie role in well over a decade. 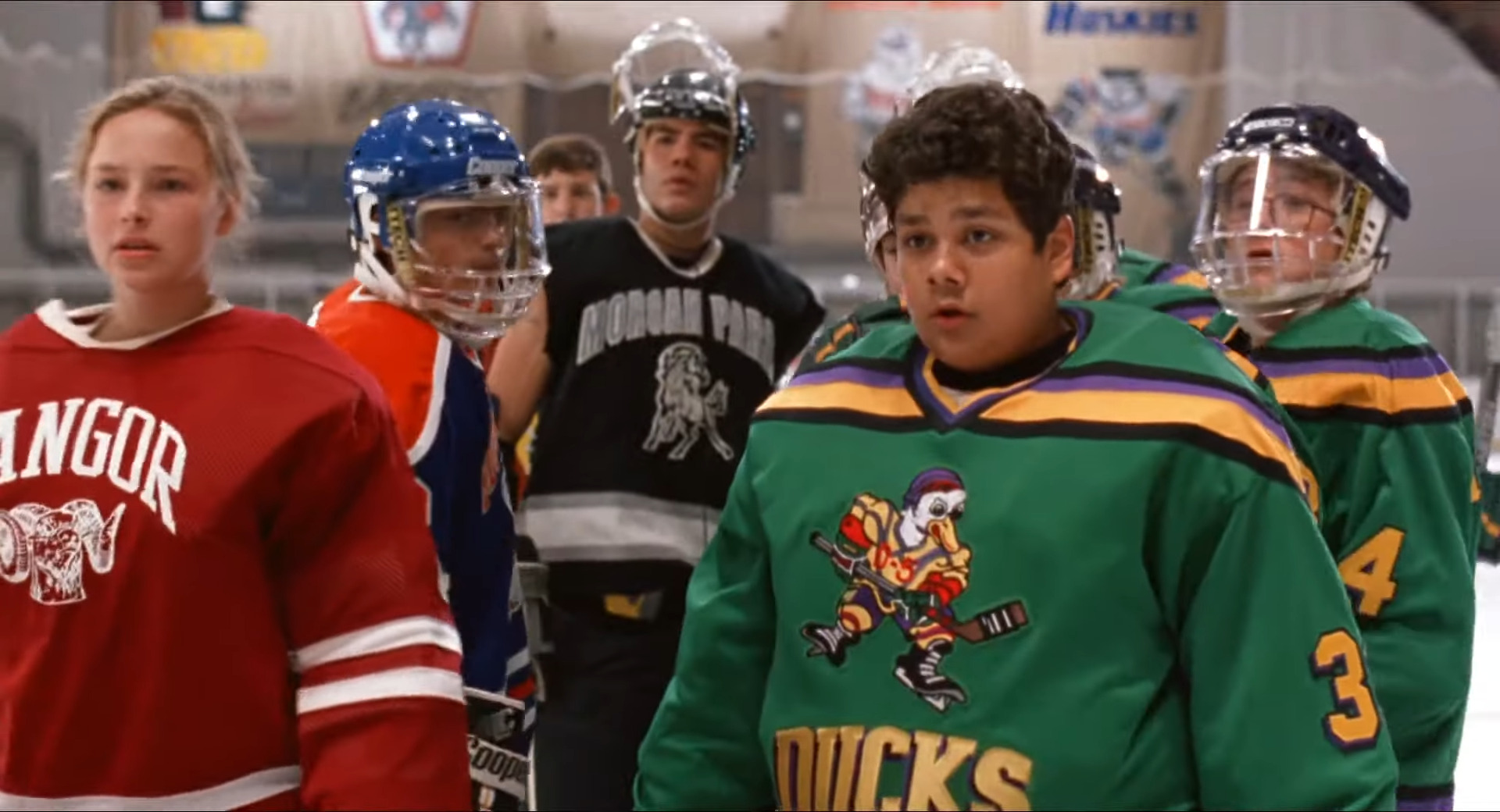 “[Thank you] John Erwin & Lions Gate for my first role in… a while” wrote the actor in a March 31st post to his personal Instagram, wherein he can be seen as the character he will be playing in the movie.

Weiss also shared the name of the movie, Jesus Revolution, in the form of a hashtag added to his caption. 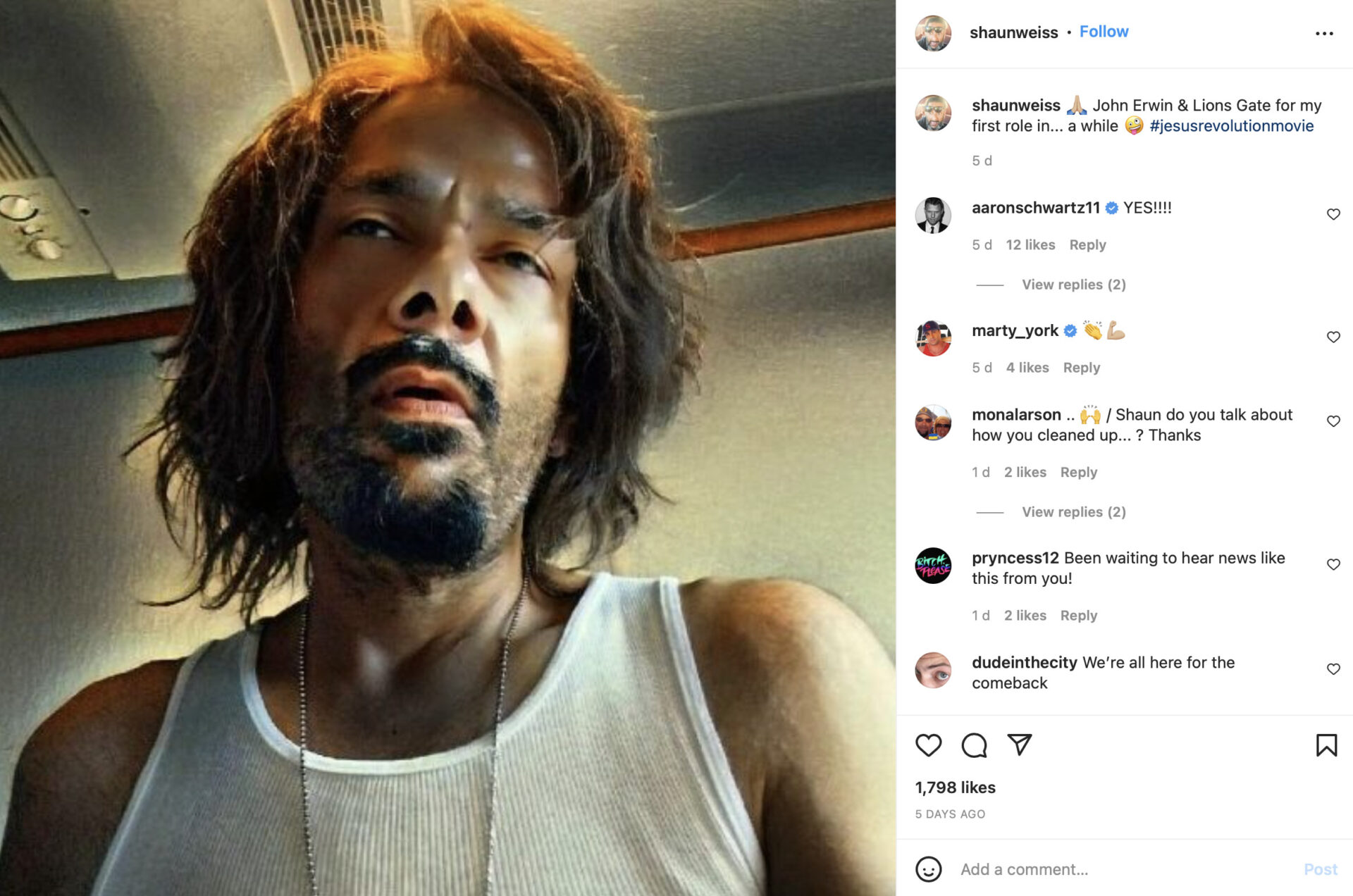 The film itself will be based on the story of how Greg Laurie, Lonnie Frisbee, and Chuck Smith, founded the Harvest Christian Fellowship.

As per the film’s synopsis, Jesus Revolution is “The true story of a national spiritual awakening in the early 1970’s and its origins within a community of teenage hippies in Southern California.”

Not much information has yet been shared about the upcoming film, though it is known that Weiss will be starring alongside renowned actor Kelsey Grammer, who is perhaps best remembered for his roles as Dr. Frasier Crane in the comedy sitcoms Cheers and Frasier, as well as as the iconic Marvel character Beast in X-Men: The Last Stand. 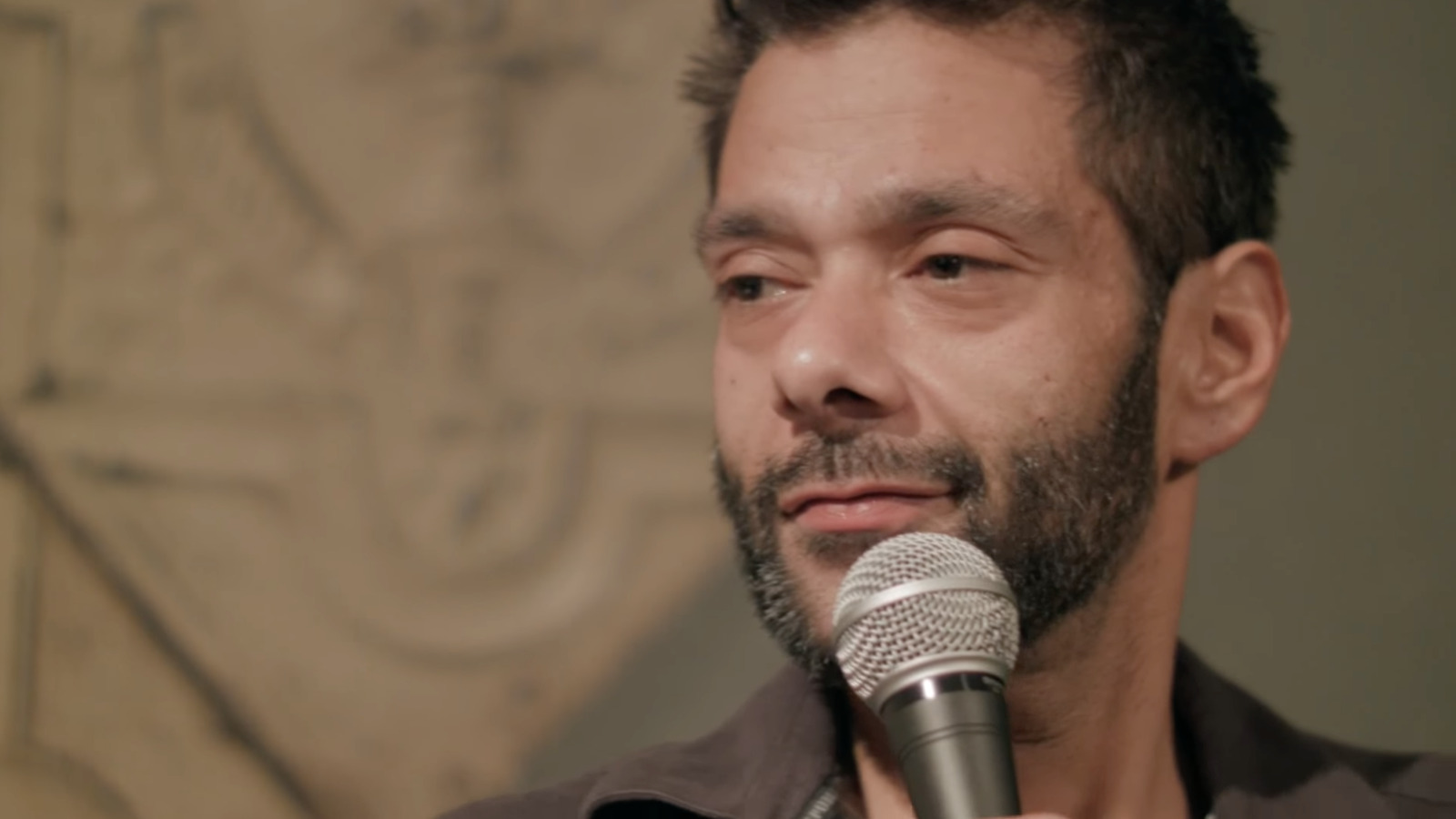 The last movie role Weiss took where he wasn’t playing himself was as a bus driver in the comedy Drillbit Taylor, which released on 2008.

In January of this year, the Heavyweights star updated his Instagram followers on his recovery from his methamphetamine addiction, sharing an uplifting comparison between his past and current selves adorned with the caption, “A journey of a thousand miles begins with 12 amazing steps.”

“Keep it up,” Weiss wrote in honor of his 2-year sobriety milestone. 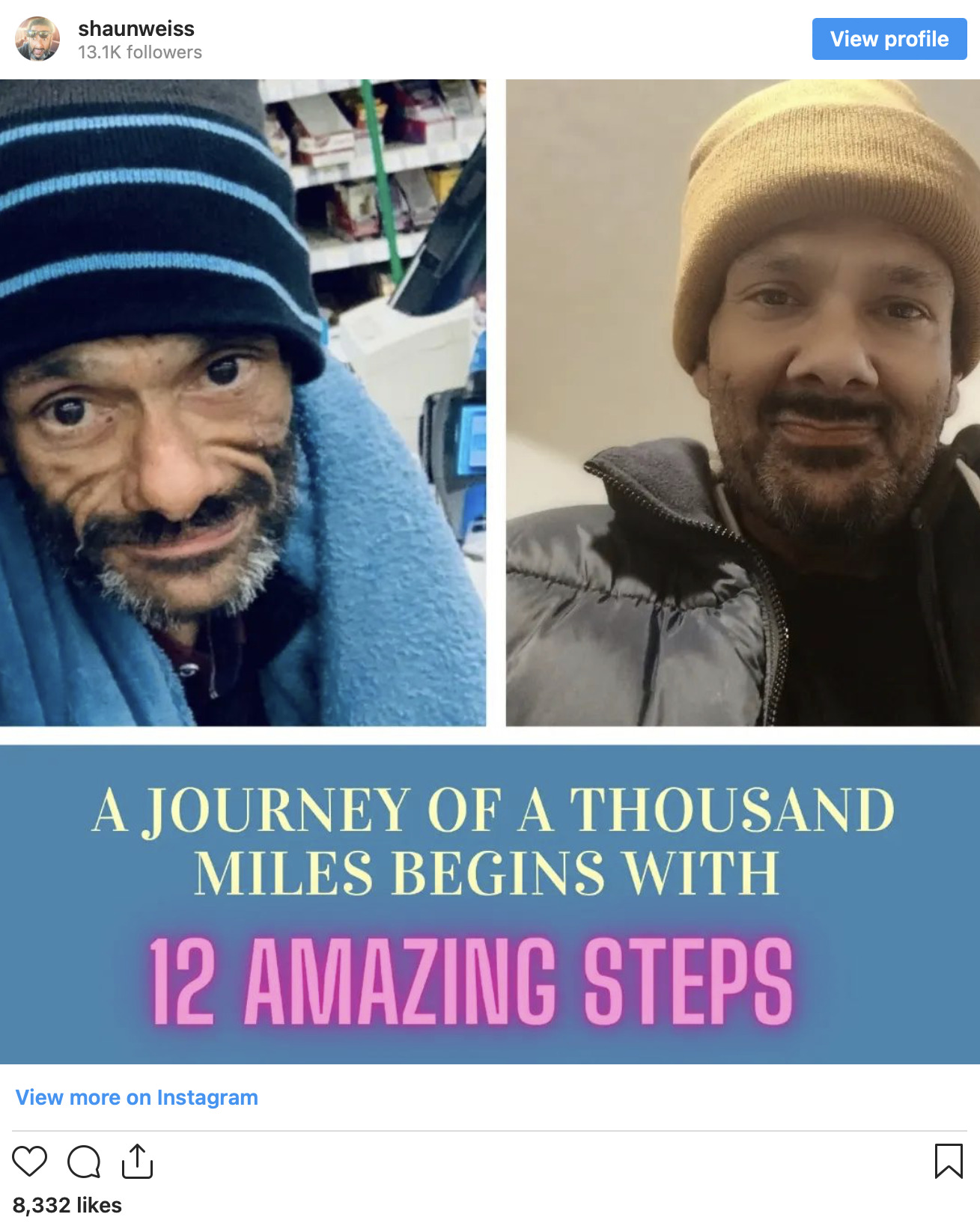 Prior to reaching two years of sobriety, Weiss had reached another important marker in his journey when, in July of 2021 The Mighty Ducks actor graduated a court-ordered drug program.

Weiss was arrested for residential burglary in January of 2020, following an arrest for public intoxication and another arrest for shoplifting in August and December of 2018, respectively. In graduating from his drug program, the burglary case was dismissed. 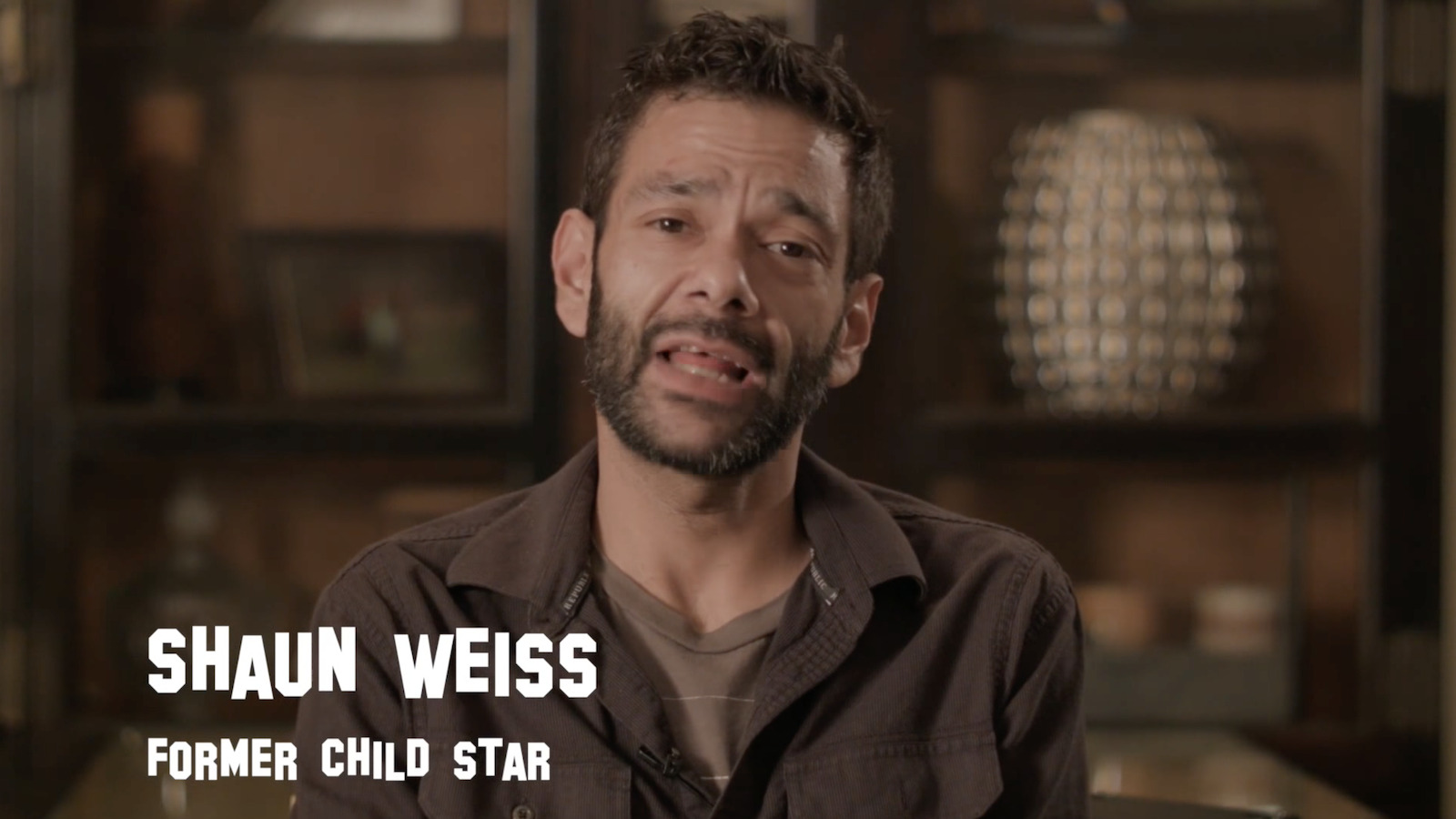 “The homeowner said he was the only person that lived at this residence and no one had permission to be inside,” read a statement issued by Marysville Police Department at the time of Weiss’ arrest, specifying that “Officers noticed shattered glass on the ground and observed that the passenger window to the vehicle was broken.”

“Officers ordered the male out of the vehicle and took him into custody,” the statement continued, later noting that the former child star was subsequently identified through his California Driver’s License. 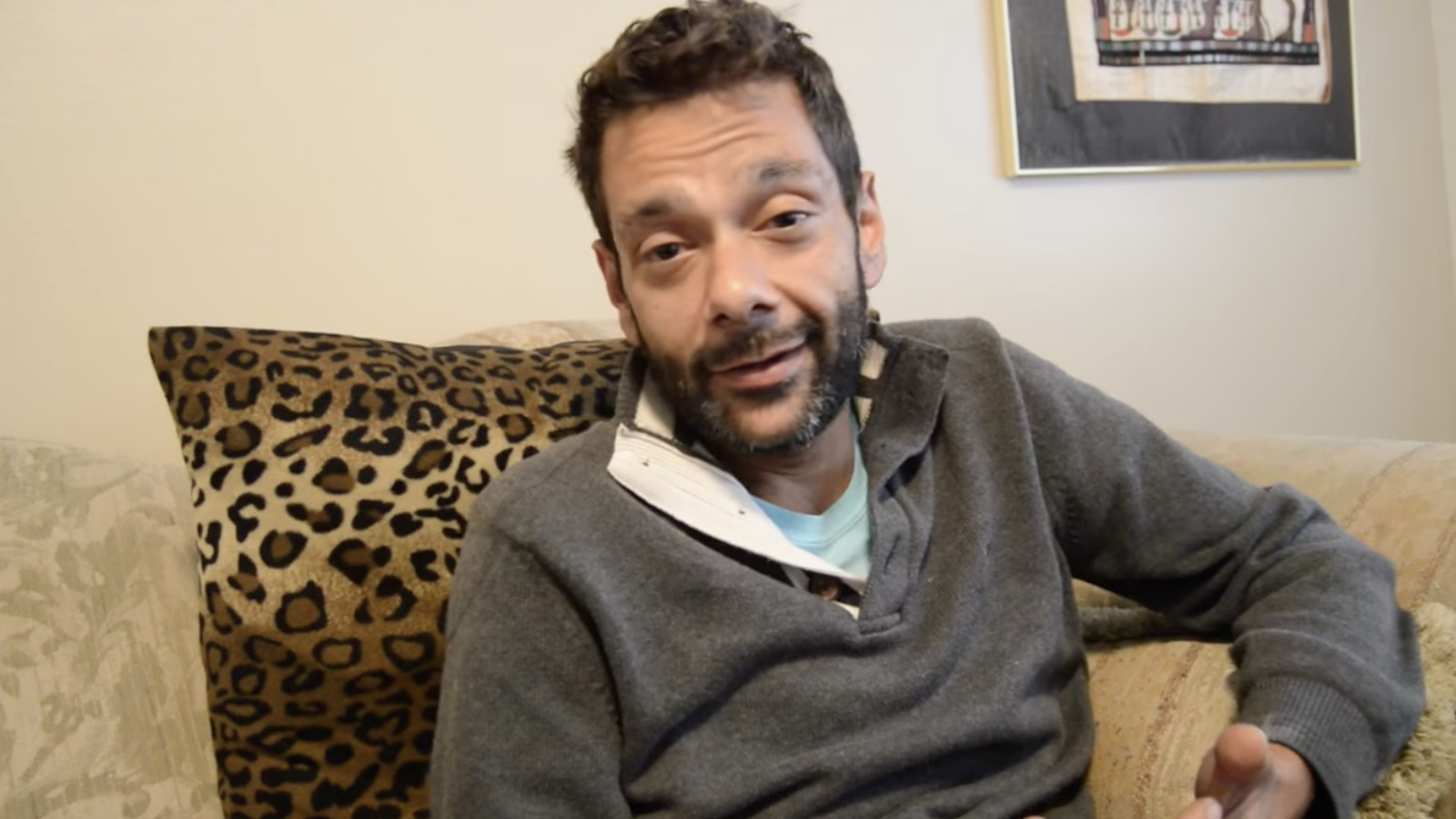 More recently, The Mighty Ducks actor shared yet another uplifting picture of himself, taken just after he completed a lengthy dental reconstruction that was required after he lost most of his teeth due to years of substance abuse, alongside cosmetic dentist Dr. Gabe Rosenthal.

“I feel like a new person,” wrote Weiss sharing a picture of himself with Rosenthal, ecstatically adding, “Thank you Dr. Gabe!” 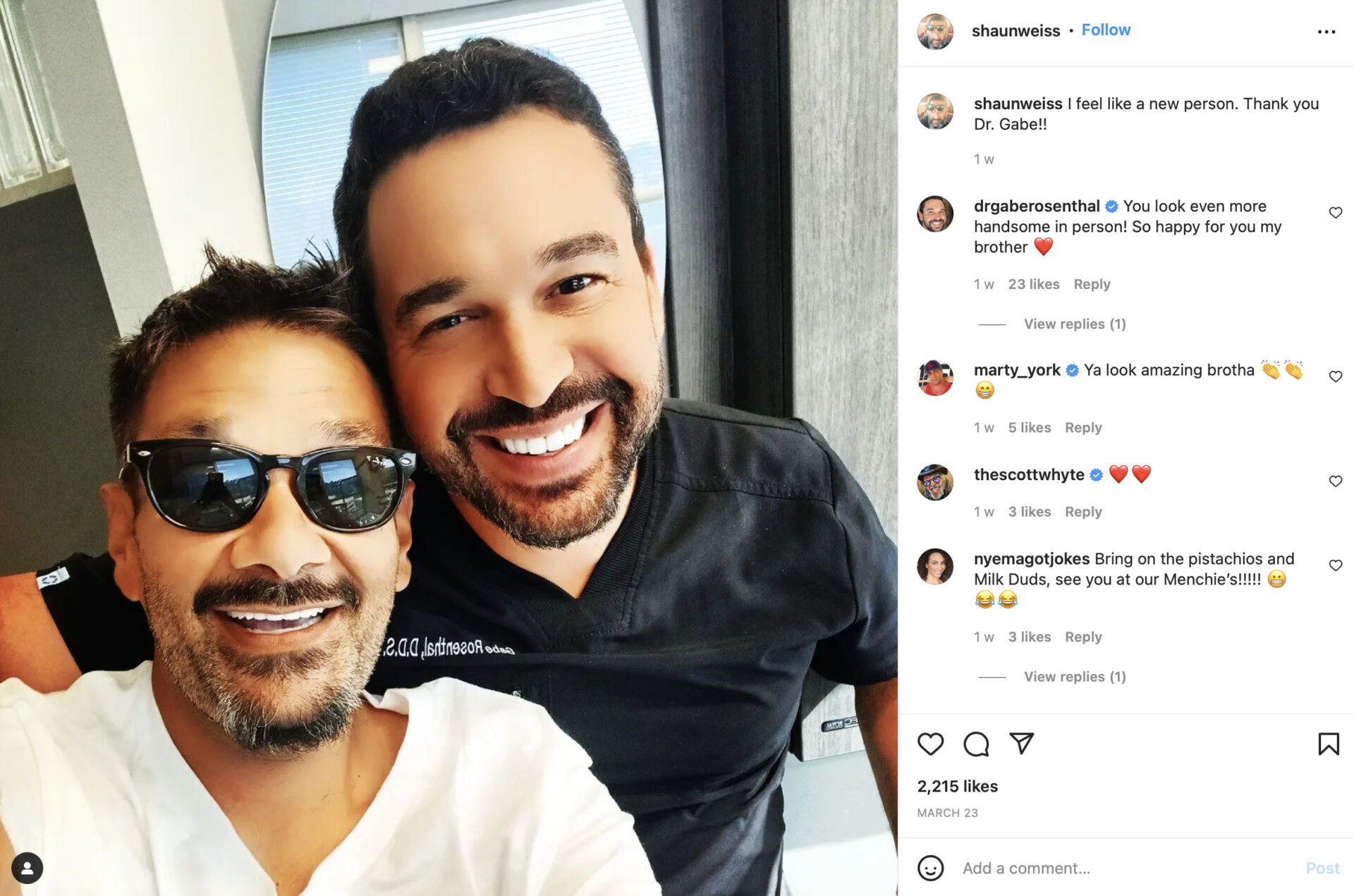 In a separate Instagram post authored by Rosenthal and later shared by the actor, who can be seen therein him a signed version of the hockey jersey that Weiss’ character, Goldberg, wore in The Mighty Ducks as thanks for his work, the dental specialist enthusiastically cheered, “It’s a new day, it’s a new life… and I’m feeling GOOD! Congratulations [Shaun Weiss]! Smile as much as possible.” 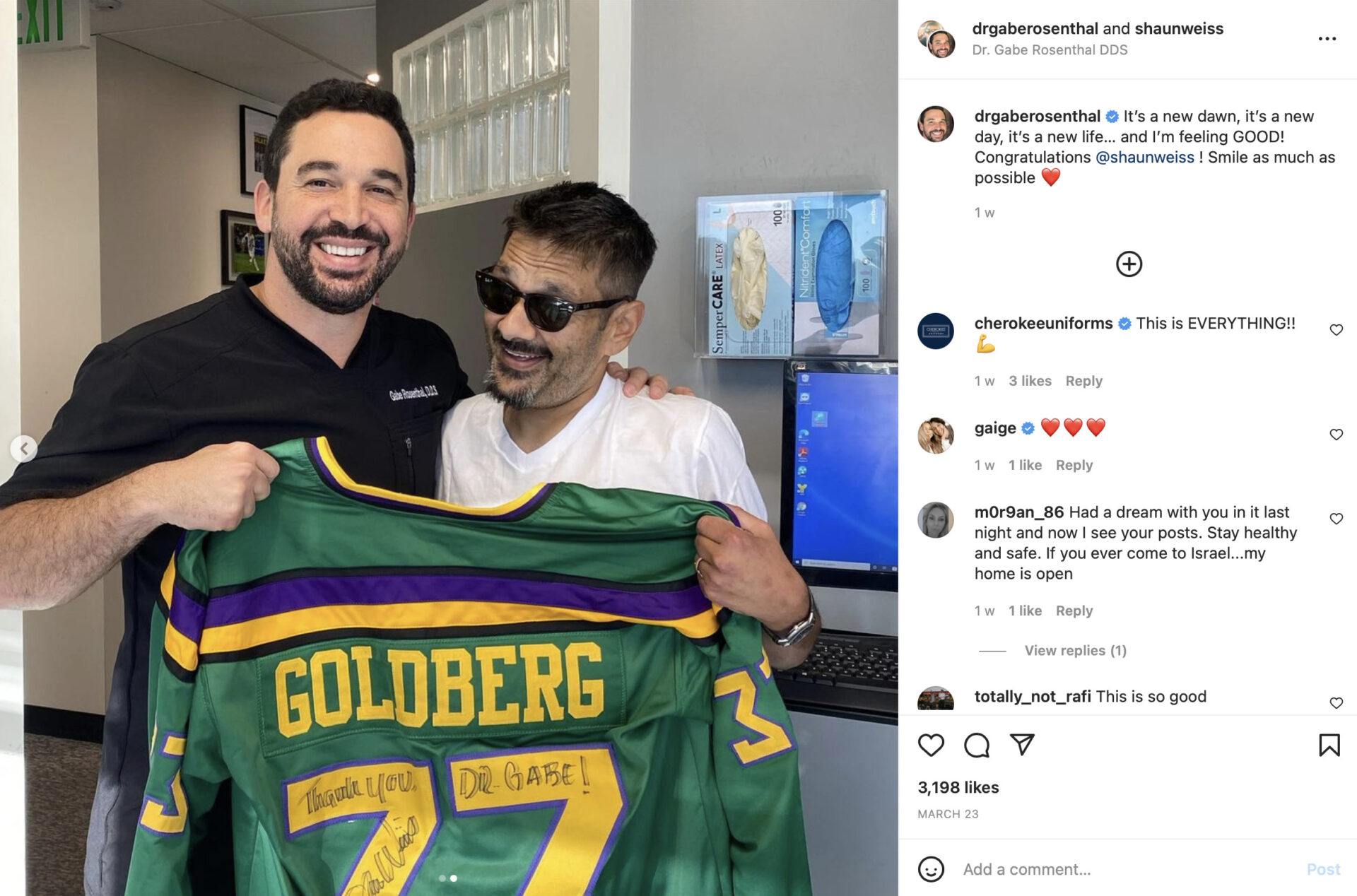 What do you make of Weiss landing his first acting gig in over a decade? Let us know your thoughts in the comments section down below or on social media.