Shueisha has announced that Haruichi Furudate’s fan-favorite volleyball manga Haikyu!! will be making a return to Weekly Shonen Jump. 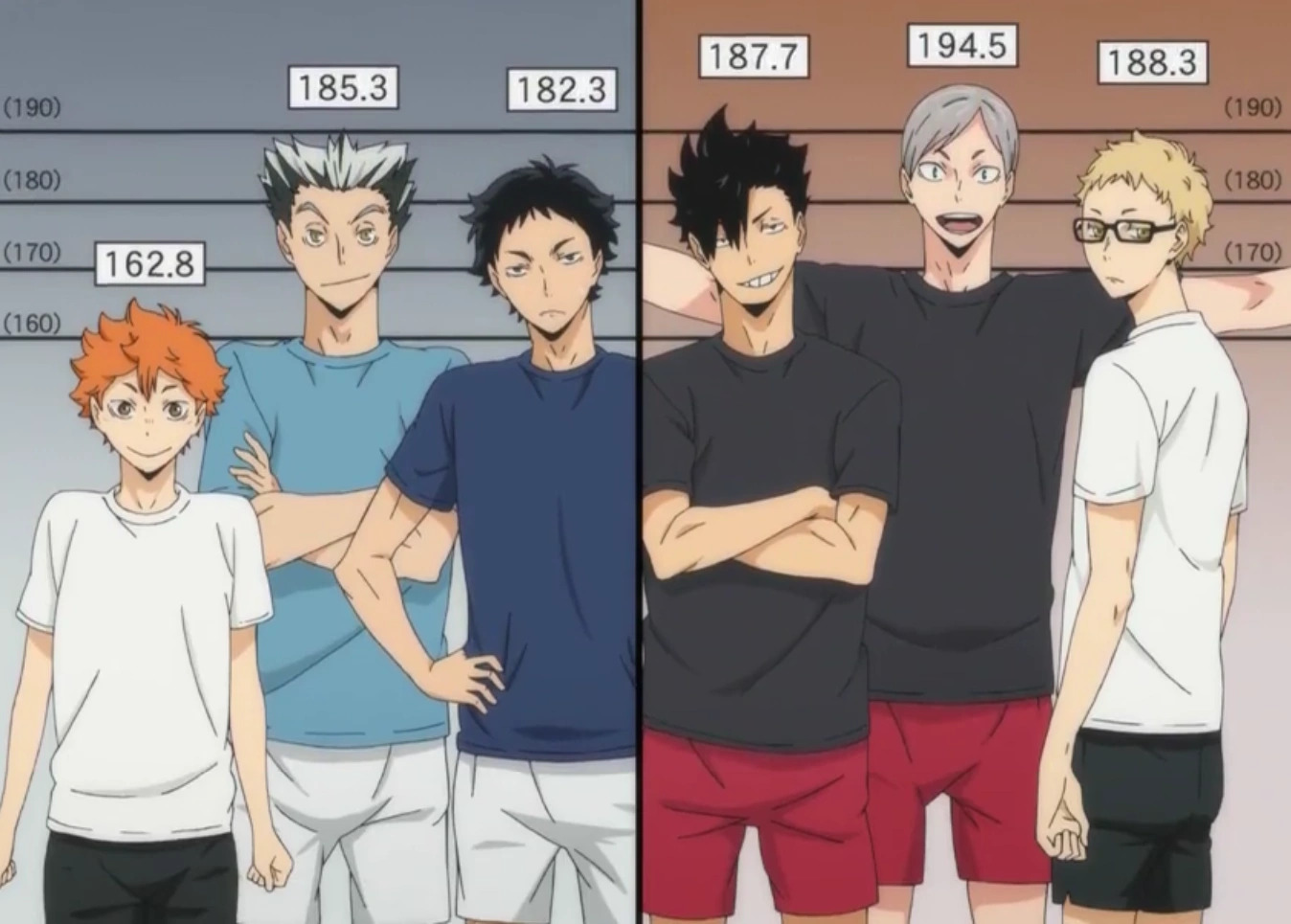 At last year’s Jump Festa 2022, Shueisha announced the production of ten new projects to celebrate the series’ 10th anniversary, revealing only four – a set of special illustrations from Furudate, a special exhibition, a radio web drama, and a live volleyball event hosted in collaboration with Japan’s semi-professional V.League 1 volleyball league – during the event itself.

Later, in February’s Weekly Shonen Jump #12 2022, Shueisha unveiled four more, including a tribute art book, a set of LINE stickers, two new releases of the manga (a full-color digital version beginning on April 4th and collected compendium “remix” editions on March 11), and, most excitedly to many fans, a brand new Haikyu!! one-shot from Furudate himself. 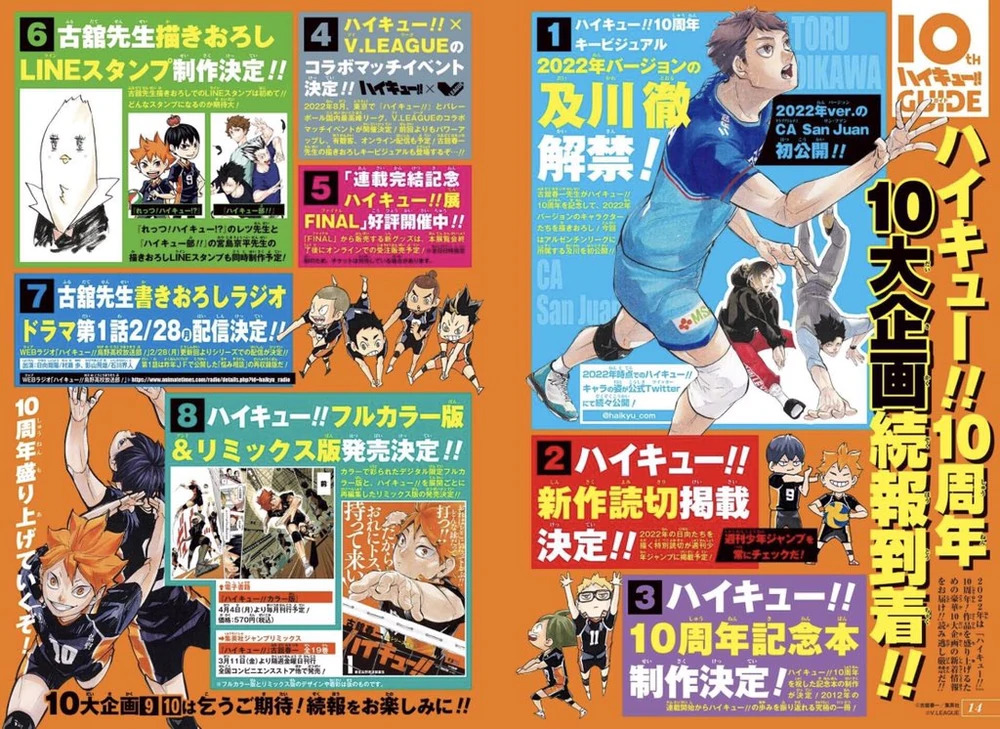 At the time, no details were provided as to when said one-shot would be published, nor what it would be about.

However, that silence has since been broken. 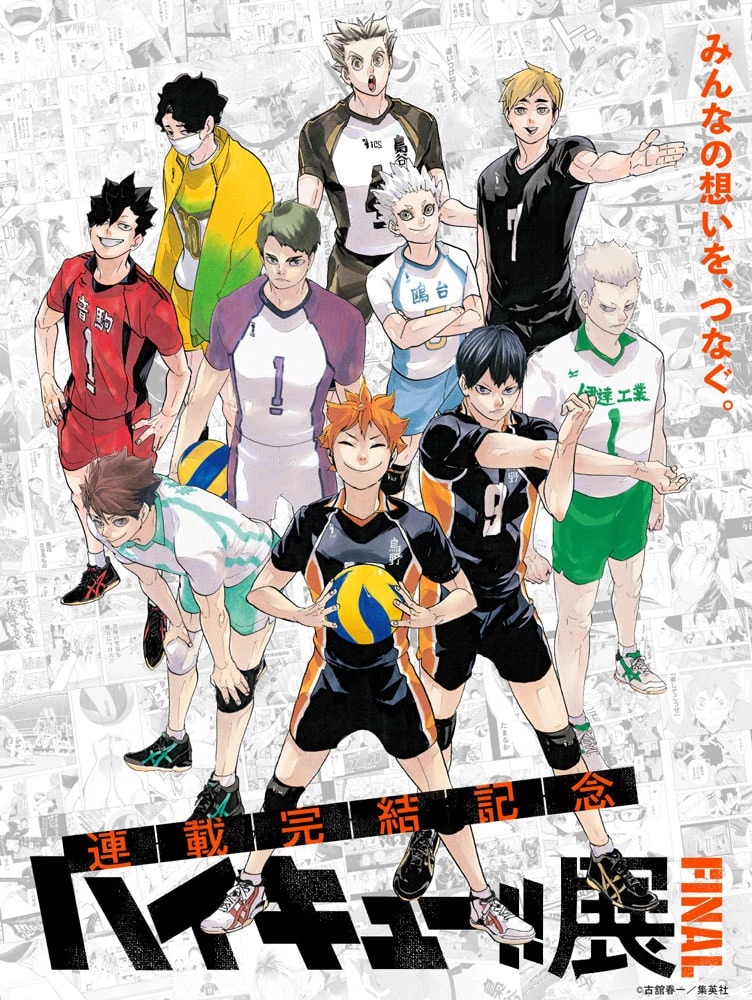 Further, the account noted that the one-shot would be around “19 pages” long.

A new special chapter of "Haikyuu" by Haruichi Furudate titled "Haikyuu Tokubetsuhen Matsuri Futatabi" with focus on Kuroo will be published in Weekly Shounen Jump issue 21-22/2022 out April 25. 19 pages. pic.twitter.com/oGR0hyAEVS

*We forgot to add, it's about Tetsuro Kuroo taking action to assemble the whole 'Monster Generation'.

Debuting in WSJ back in 2012, Haikyuu follows the journey of Shoyo Hinata, an underdog who strives to become a volleyball star despite his short stature, and the once-great Karasuno High Crows team as they set out to rise from the ashes and win the Spring Interhigh tournament.

Along the way meets new friends, goes up against new rivals and enemies, and most importantly, proves that in the world of volleyball, size does not always matter. 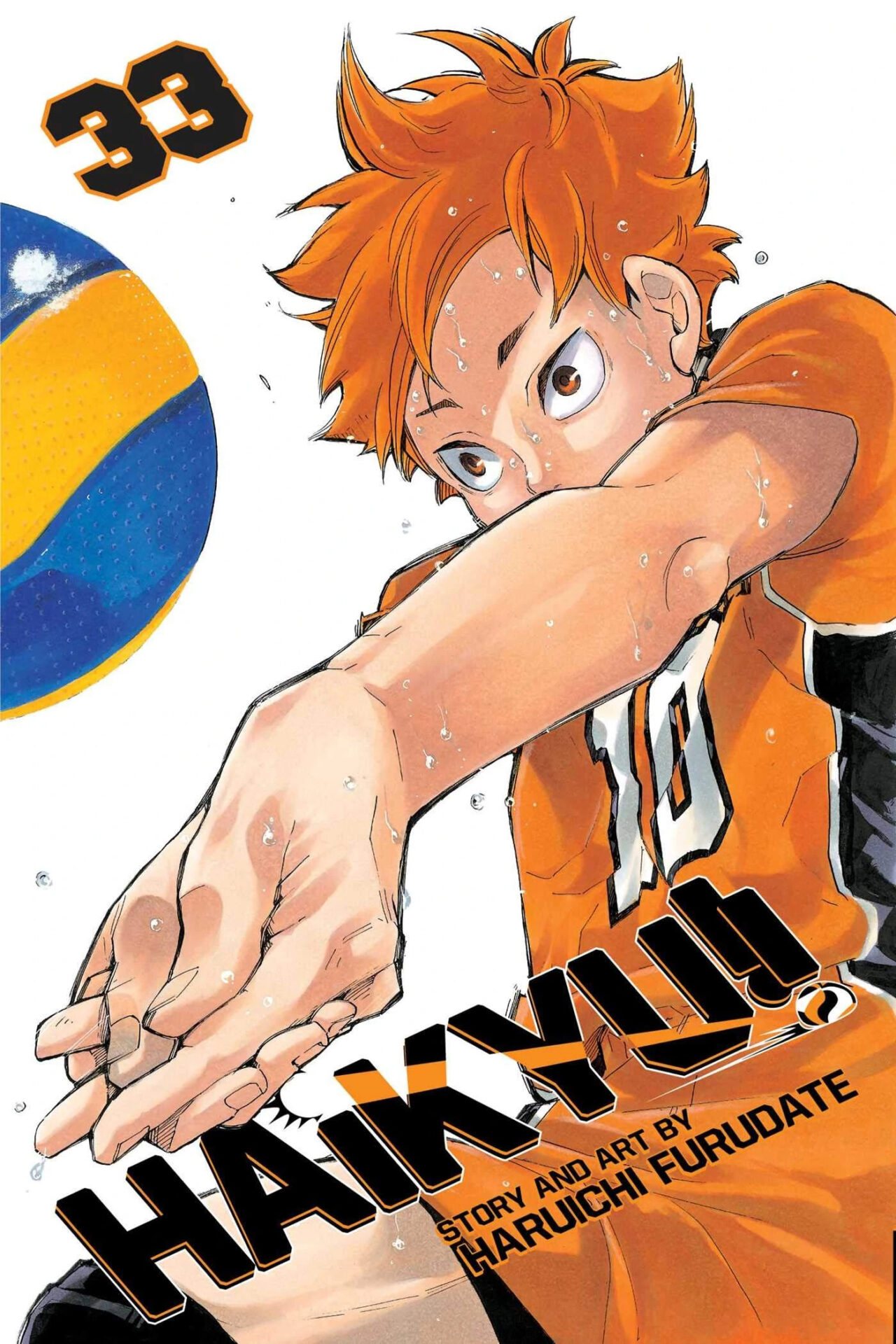 Ending in July 2020 with a final chapter count of 402, all of which were eventually collected in a total of 45 volumes, Haikyu!! has since gone on to be published in English by Viz Media.

Additionally, the series also received an anime adaptation from Production I.G. which ran for a total of 85 episodes and 5 OVAs across four seasons. 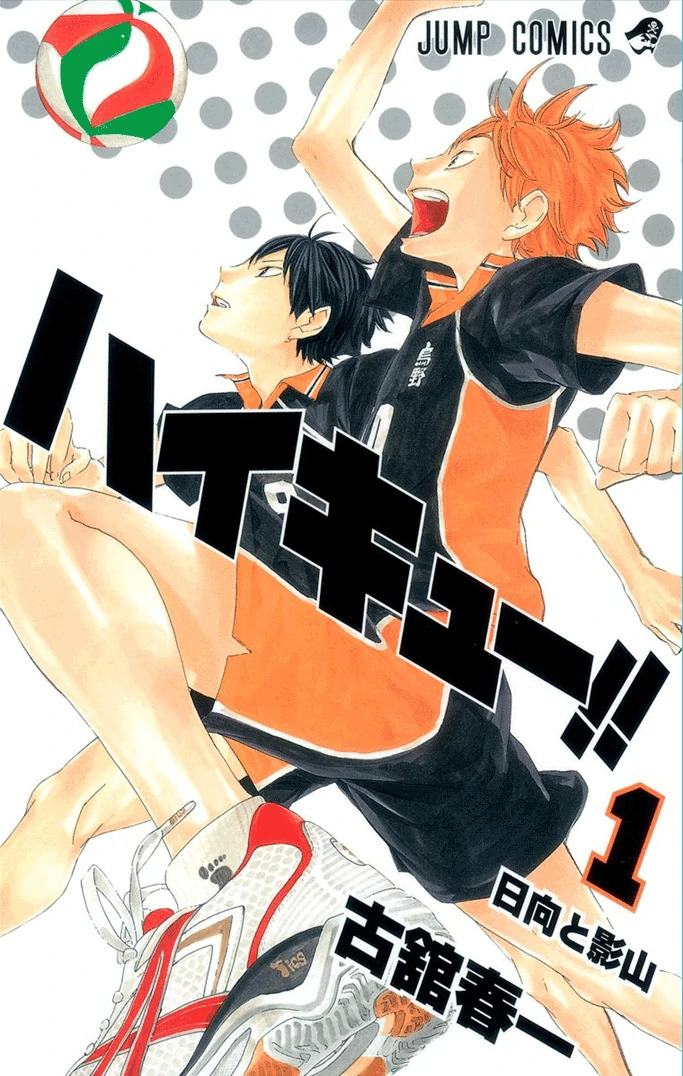 Given how there has been no new Haikyu!! manga content since the series concluded, the manga community on Twitter has been unsurprisingly and rightfully losing their minds.

Speaking as a long time fan who covered the series for several years, it was a pleasant surprise to see this one-shot’s announcement, especially considering how word on the grapevine around the time of Haikyu!!’s end suggested that Furudate just wanted to be done with it. 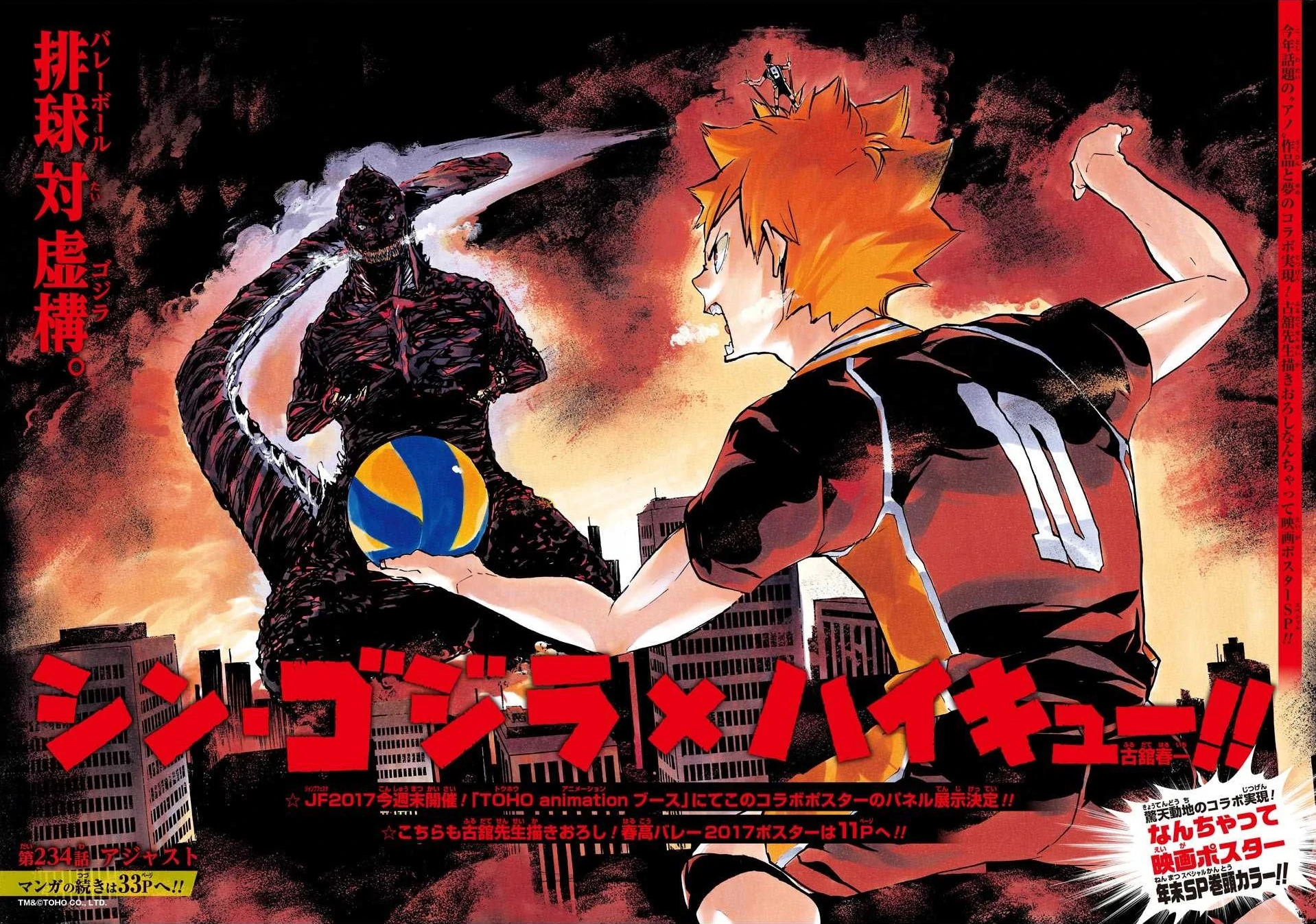 The way Furudate ended Haikyu!!, there’s plenty of room for a midquel series in the case he ever wants to come back to the world of volleyball.

Hopefully this one-shot serves as a sign that he will at some point return to make that happen.

With the recent debut of Zatch Bell 2, as well as the success of such sequel manga as 100 Years Quest (Fairy Tail) and Four Knights of the Apocalypse (Seven Deadly Sins), alongside midquels like Dragon Ball Super, a second run with the Crows is not completely out of the question. 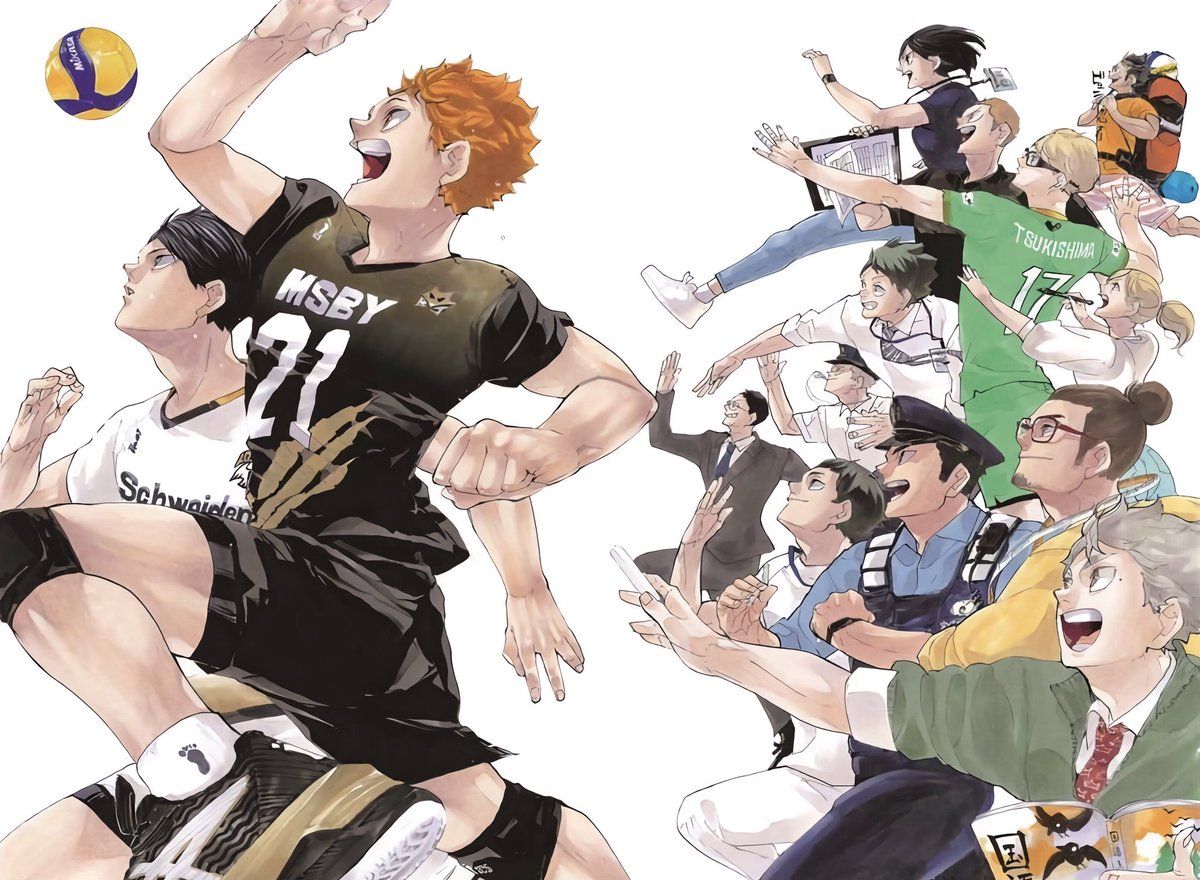 Are you a Haikyu!! fan excited for this one-shot?  With series like Zatch Bell coming back after a decade, do you see Haikyu!! manga making a comeback? Sound off on social media or in the comments down below!

NEXT: Kohei Horikoshi Says My Hero Academia Manga Will Reach Its Goal In One Year If Series “Continues To Progress Smoothly”