Star Trek actress Kirstie Alley, who portrayed Saavik in Star Trek II: The Wrath of Khan, recently claimed that elder abuse is being committed against President Joe Biden after a clip of him shaking hands following a recent speech began circulating on social media. 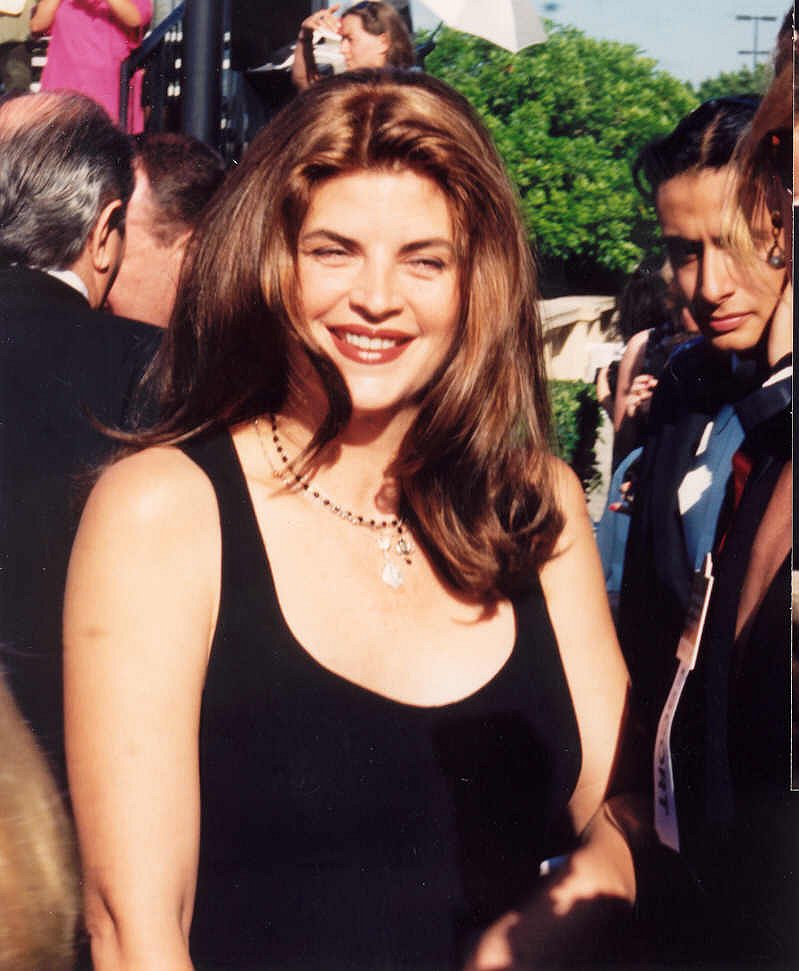 President Biden recently delivered a speech at North Carolina Agricultural and Technical State University about his and his administration’s efforts to “rebuild supply chains and lay a foundation for an Economic Renewal That’s Made ii America Through the Bipartisan Innovation Act and Bipartisan Infrastructure Law.”

The President concluded his speech stating, “There’s not a single thing America can’t do when we do it together as the United States of America. God bless you all.” After concluding the speech he turned to his right stuck his right hand out to shake an imaginary person, held his hand there for a number of seconds before turning back around and walking off stage.

The clip was shared to social media by Twitter user Iamdwal.

Allie reacted to the clip on Twitter writing, “y’all keep on perpetrating elder abuse.. just keep on doing it for what? To pretend THIS is our best choice? or just because you are elder abusing a**hats?” 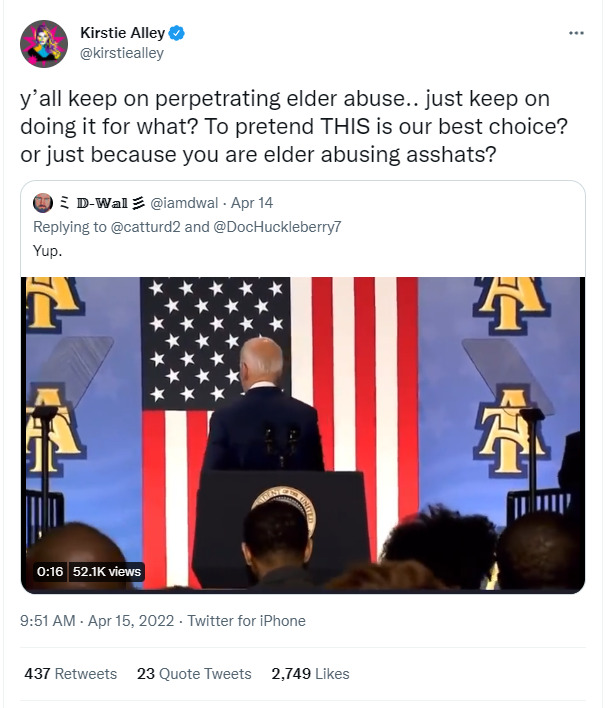 In a follow-up tweet, Alley stated, “The elder abuse is one thing, but remember this is the cat running our country!!!”

She added, “How ANY Democrat can be ok with this is beyond me.. YOU ELECTED A MAN WHO HAD DEMENTIA! FIX IT!”

These comments are not out of the ordinary for Alley. Back in September 2021 she wrote, “We have the most inept president to date. You may have hated Trumps roughness and lack of decorum but he got stuff DONE!”

“This cat Biden is a brain rattled dishrag.. sorry..I don’t usually talk shit about people unless they personally attack me but ..C’mon!! THIS IS INSANE,” she declared. 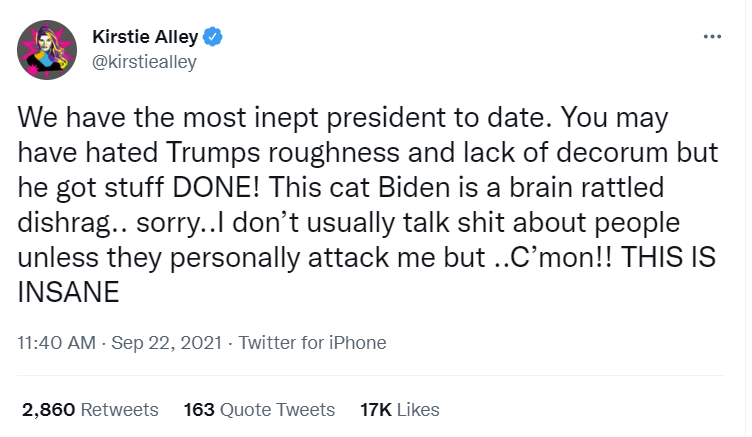 In November 2021, she indicated her support for removing Biden from the office of the President through the 25th amendment on grounds of dementia.

She tweeted, “Can we end the ‘he wasn’t elected stuff’ for a minute to concentrate on Biden’s CURRENT cognitive state as “sitting” POTUS? Politics aside, we must demand better than a rapidly declining man as our leader.”

“25th amendment Grounds of dementia. Insane that it even has to be said,” she concluded. 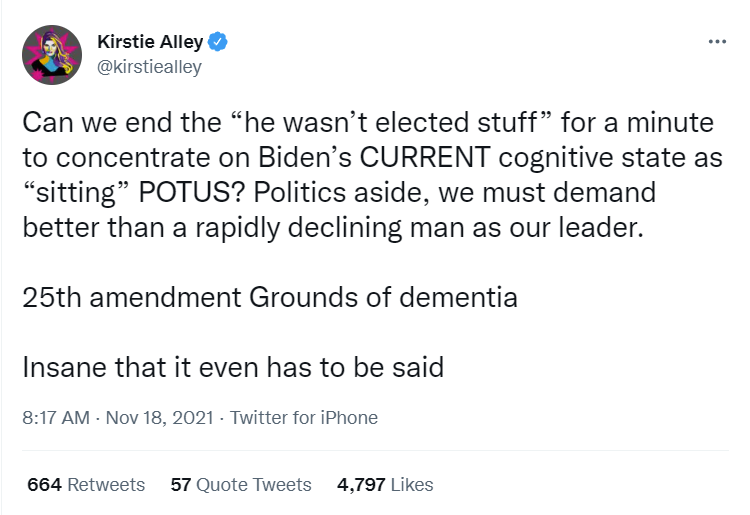