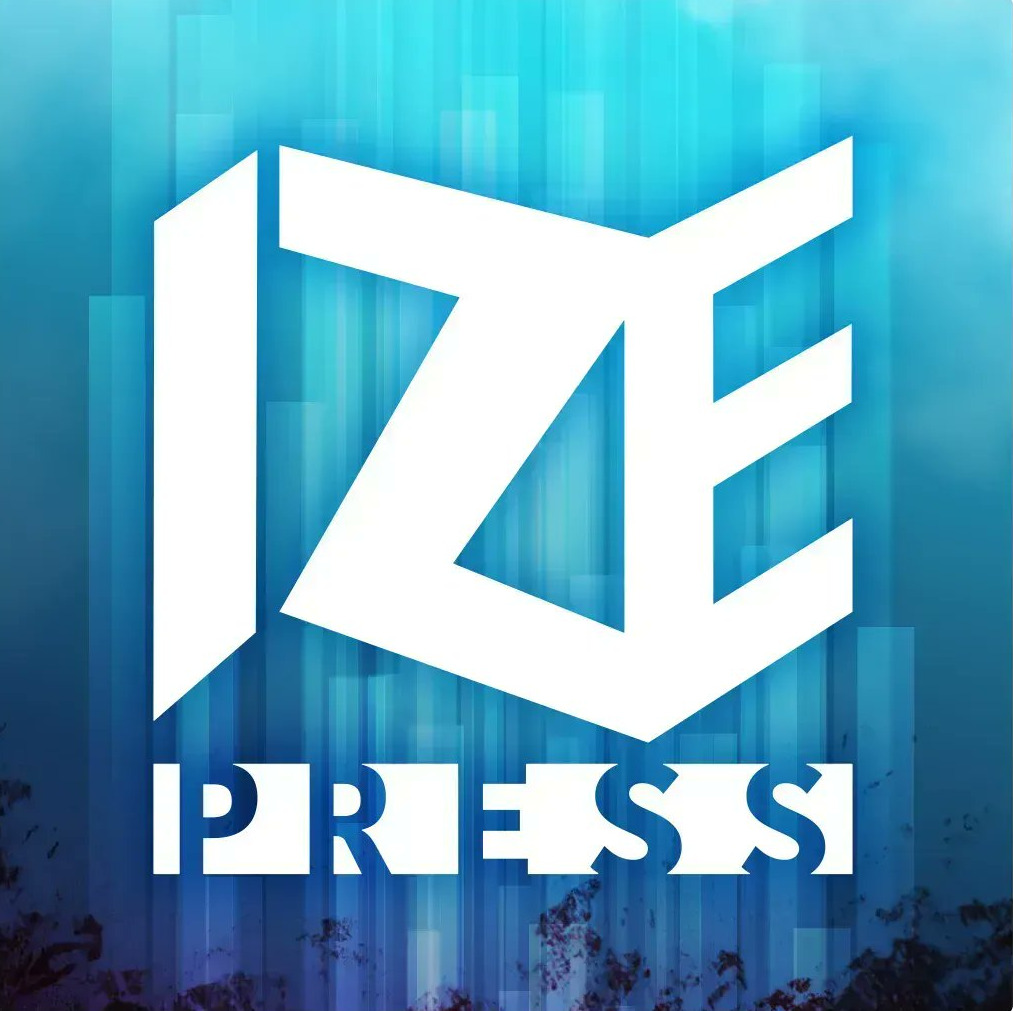 Officially announced on April 15th as part of the Yen Press Industry Panel held during the recent Sakura-Con 2022 anime fan convention, Ize Press will be a collaborative effort between Yen Press, Korean manhwa studio REDICE Studio, and an entity with no apparent English-language web presence known as RIVERSE to publish “print editions of Korean content that has captured the imagination and dedication of readers around the world.” 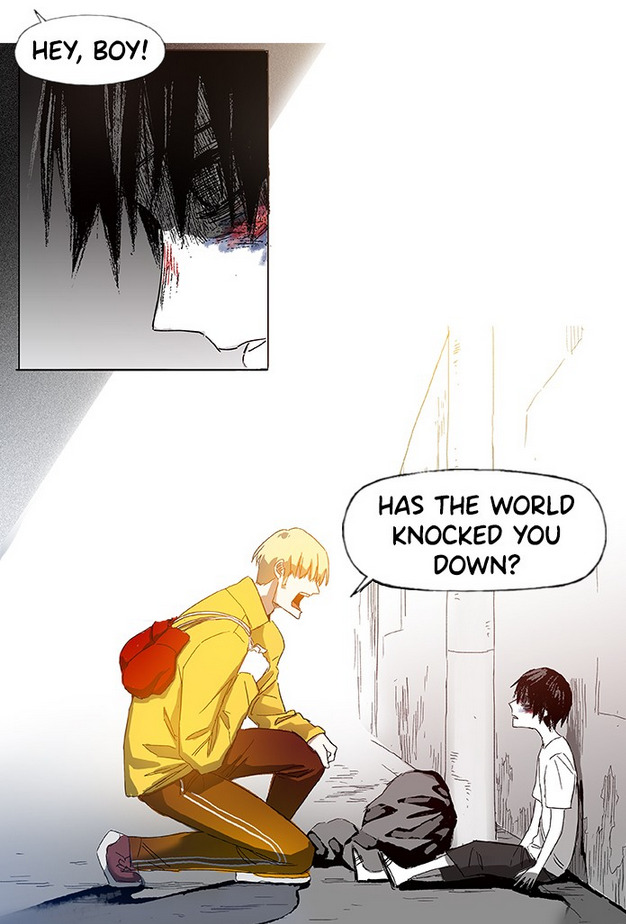 In response to the company’s newest endeavor, Yen Press’ Publisher & Managing Director Kurt Hassler said in a statement,  “The overwhelming rapacity that has swept the world for Korean content in recent years cannot be understated. Everything from K-pop to film and television and now webcomics and novels—there seems to be no limit to the influence Korean creators will increasingly wield with international audiences.” 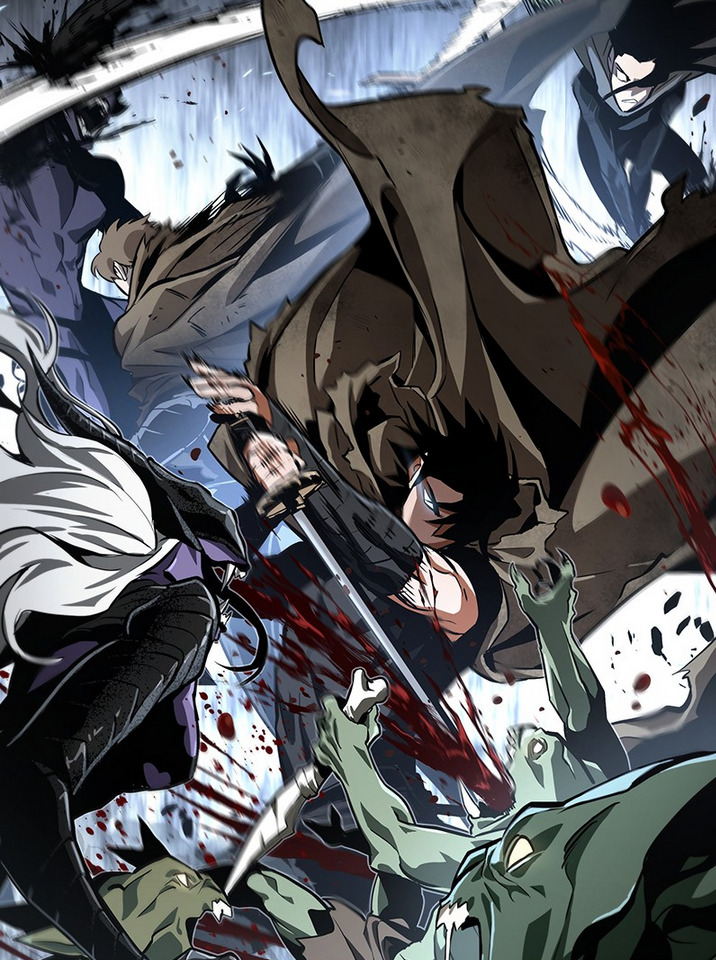 Source: The World After The Fall Episode 0 (2022), WEBTOONS. Art by Undead Potato.

The man in charge of the project, Yen Press’ Deputy Publisher and Editor-in-Chief JuYoun Lee, added, “Yen has always believed in the power of Korean content, and we couldn’t be more excited to get a chance to really open up the doors to put these beautiful books in the hands of English-language readers. With the launch of Ize Press, we hope to be just a small part of helping to connect these immensely talented artists with their fans.” 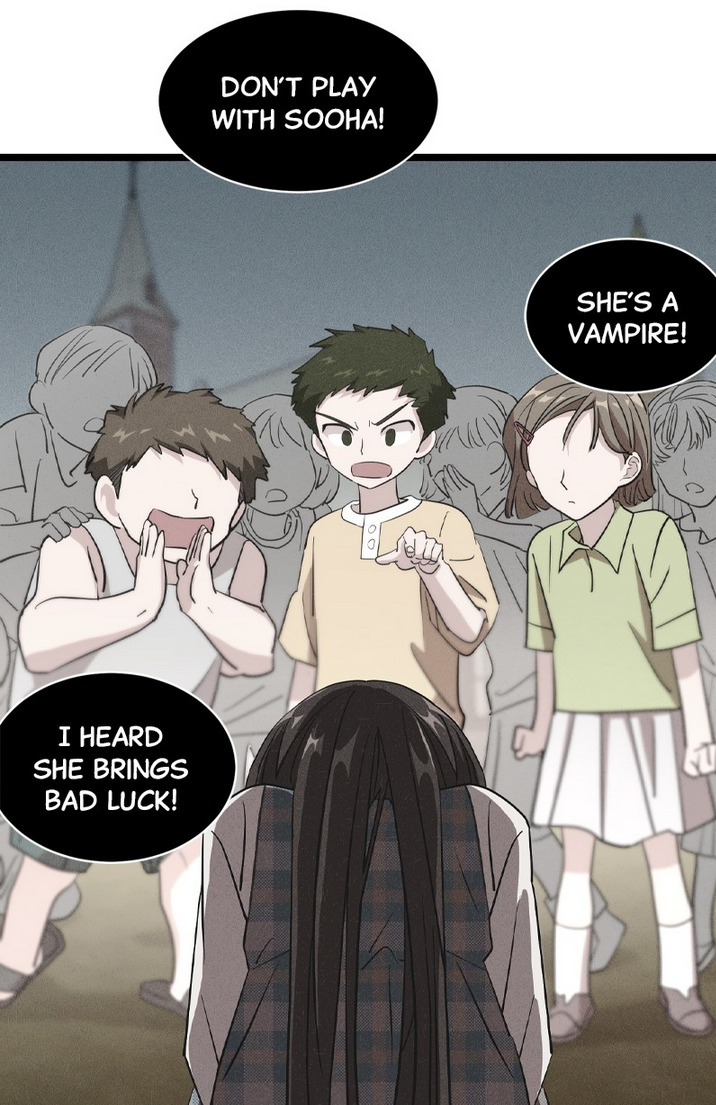 According to Yen Press, the new imprint will debut to a strong lineup of series in Fall 2022, beginning with three “IP-based ‘original story’ webnovels and webcomics” from studio HYBE centered around a trio of K-pop boy bands.

Notably, all three were originally released on WEBTOON – in ten different languages no less – and, in a single month, collectively received over 70 million views on the platform. 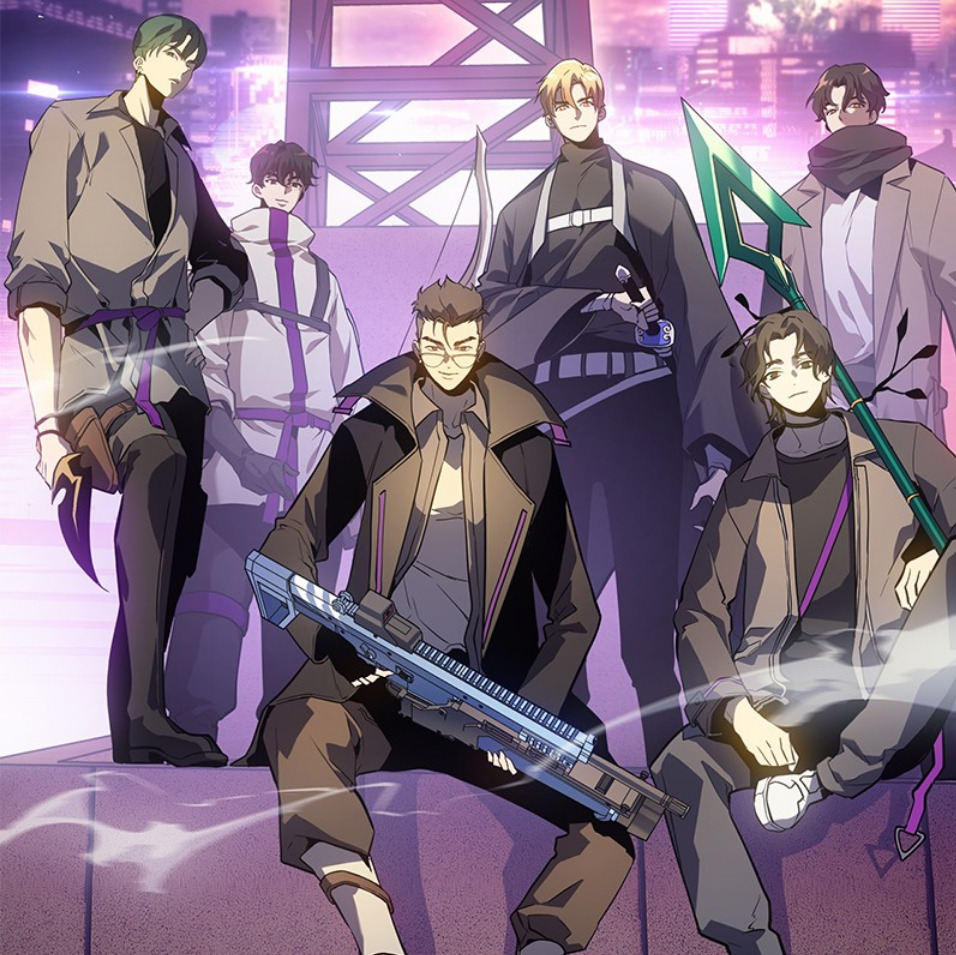 These debut offerings will include:

“A collaboration with BTS, the dynamic story follows seven young men bound by fate,” reads a series synopsis provided by Yen Press. “After growing up together through a series of trials and tribulations, they must become a unified group of seven to unlock their destiny. 7FATES: CHAKHO is an urban fantasy story set in the near future, inspired by the Chakhogapsa tiger hunters of the Joseon Dynasty in Korea. Filtered through HYBE’s imagination, the story reimagines traditional Korean tiger tales and a mythological world of wild beasts.” 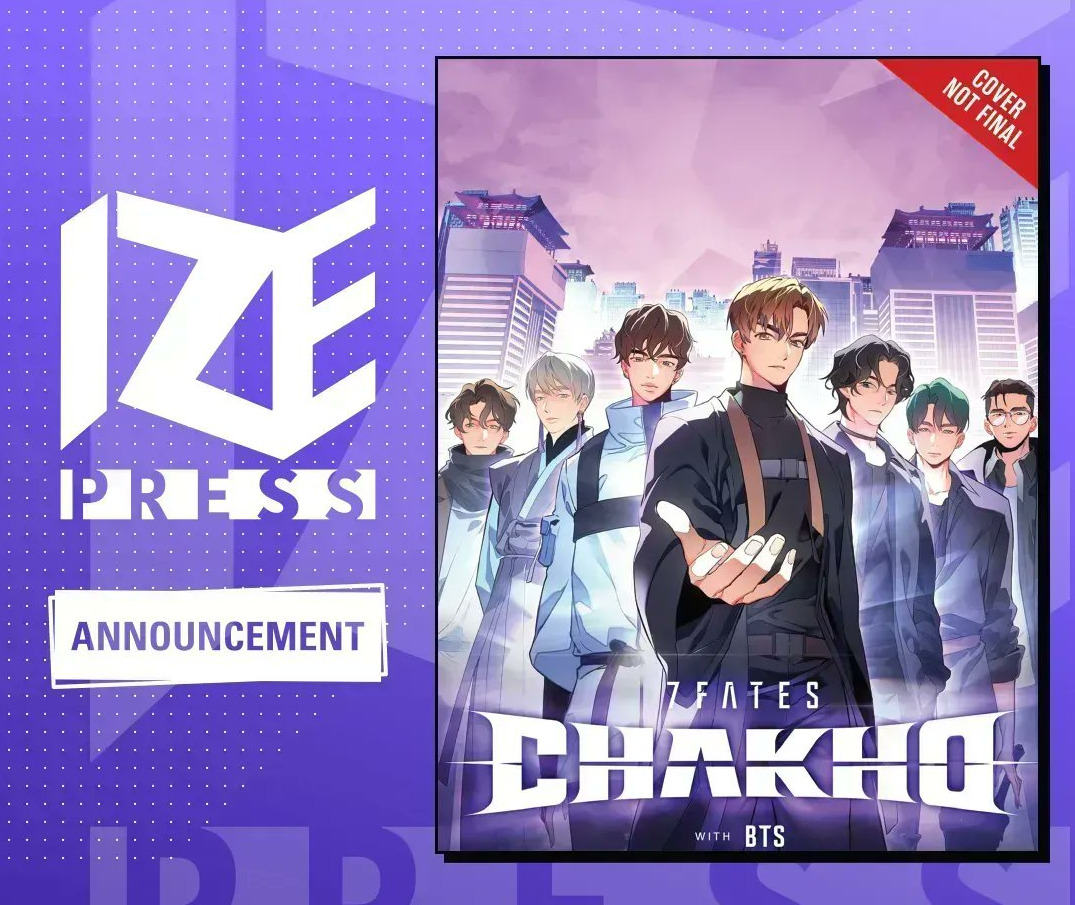 Described as “Mixing urban fantasy and teen romance,” DARK MOON “follows the confrontation, confusion, and chemistry between a group of vampires, a pack of werewolves, and a mysterious girl with a secret. 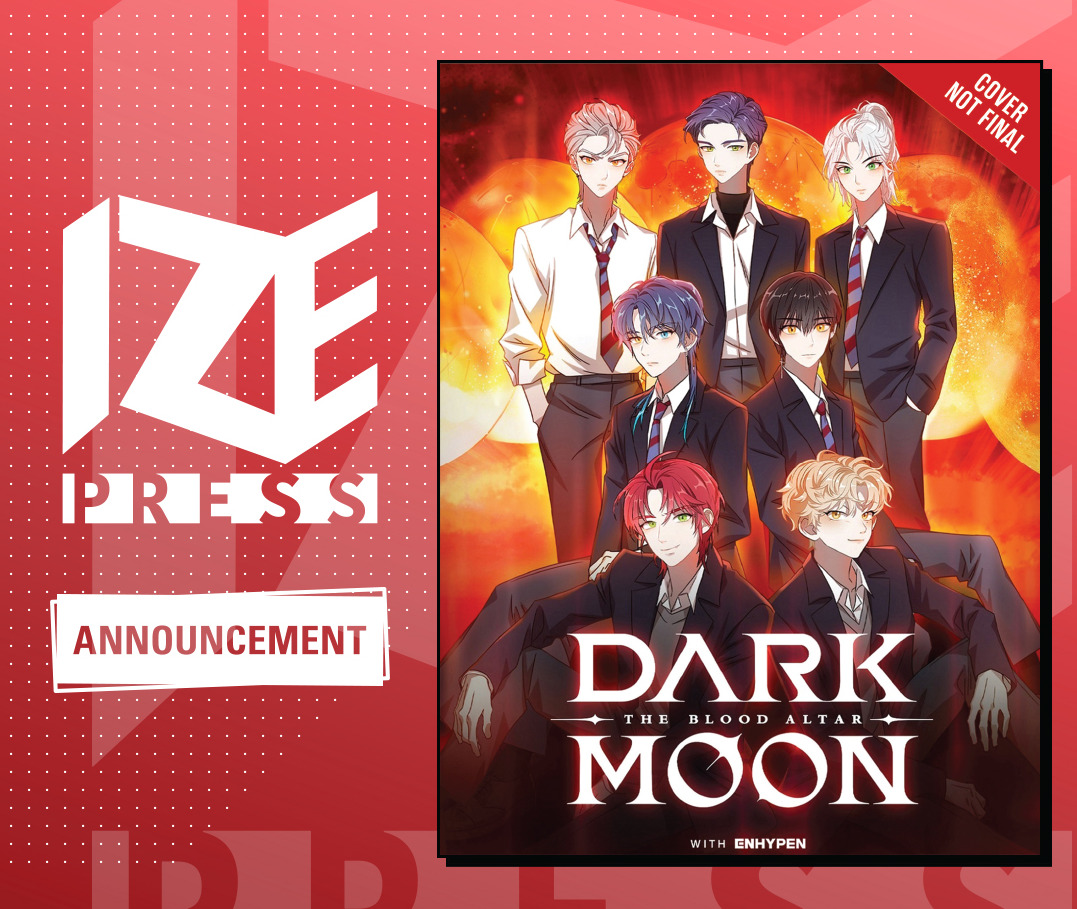 THE STAR SEEKERS (TOMORROW X TOGETHER)

As explained by Yen Press, “THE STAR SEEKERS follows a group of young men in a pop band who live in a world where magic is part of everyday reality. The group awakens one day to discover they possess dormant magical abilities. This fantastic tale features imaginary creatures, magic, and a fun look at the world of entertainment.” 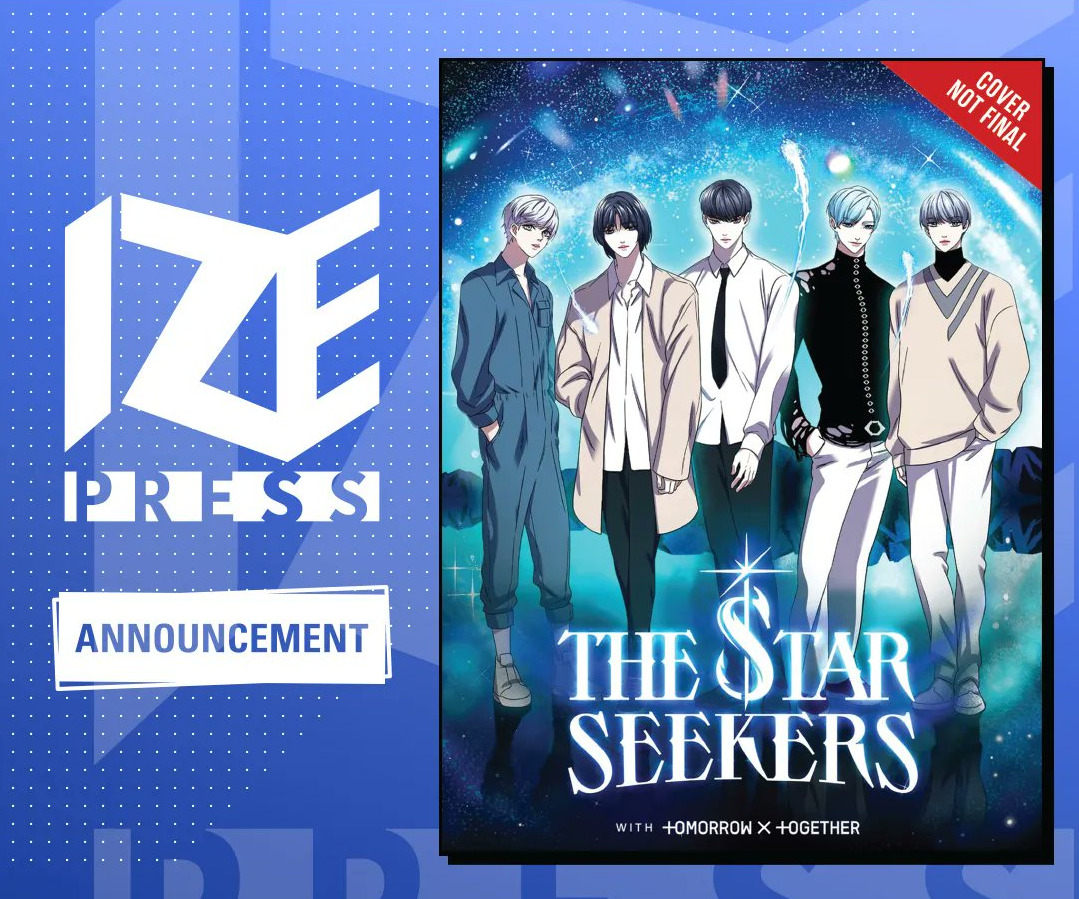 THE STAR SEEKERS With TOMORROW X TOGETHER via Ize Press twitter

In addition to these three K-Pop-inspired series, Ize Press will also handle the physical releases of several popular webcomics, such as:

Based on the original novel by SAN and adapted to manhwa form by writer Yuns and artist 3B2S, Tomb Raider King envisions a world where “in the year 2025, mysterious tombs appeared all over the world, each housing an ancient relic granting supernatural abilities.”

“The lucky few who quickly obtained these relics ruled over powerful monopolies,” reads a synopsis of the series. “Others came to serve them, such as Jooheon Suh, a raider who hid in tombs to steal relics.”

It continues, “Betrayed by his employer, Jooheon is left to die but instead finds himself transported fifteen years in the past. Armed with years of raiding experience and knowledge of what is to come in the world of relics, does Jooheon have what it takes to become the Tomb Raider King?” 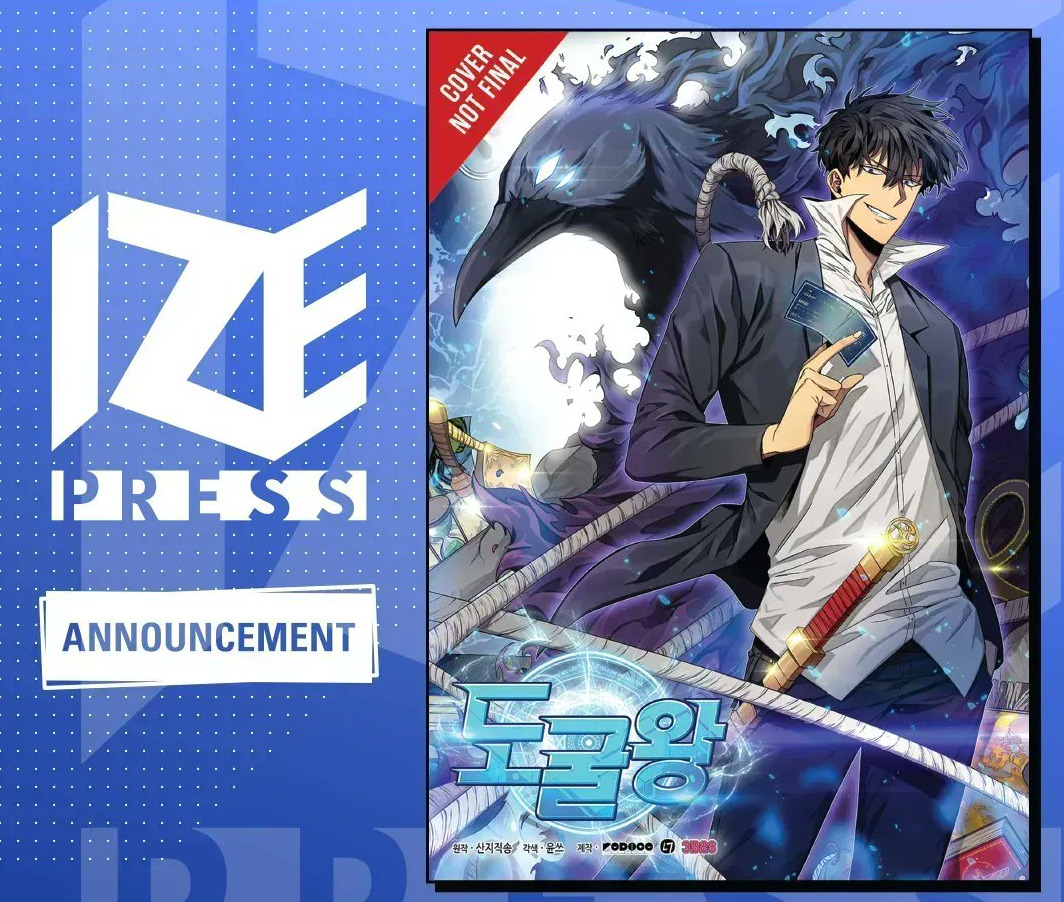 The World After Fall

Adapted from singNsong’s original novel courtesy of Omniscient Reader creative team S-Cynan and Undead Potato, The World After Fall is set after “a tower one day appeared in the skies, standing out as a beacon of chaos and apocalypse.”

“A heroic and powerful lot known as Walkers cleared the tower floors in order to save humanity, until the day that the Stone of Regression was discovered,” explains Ize Press. “Walkers could now ‘return’ to the past, and slowly, everyone left. The brave few who remained formed Carpe Diem, a group of people who refused to abandon the world and represented humanity’s last hope. But once the last Walker reached floor 100, he no longer knew what to believe.” 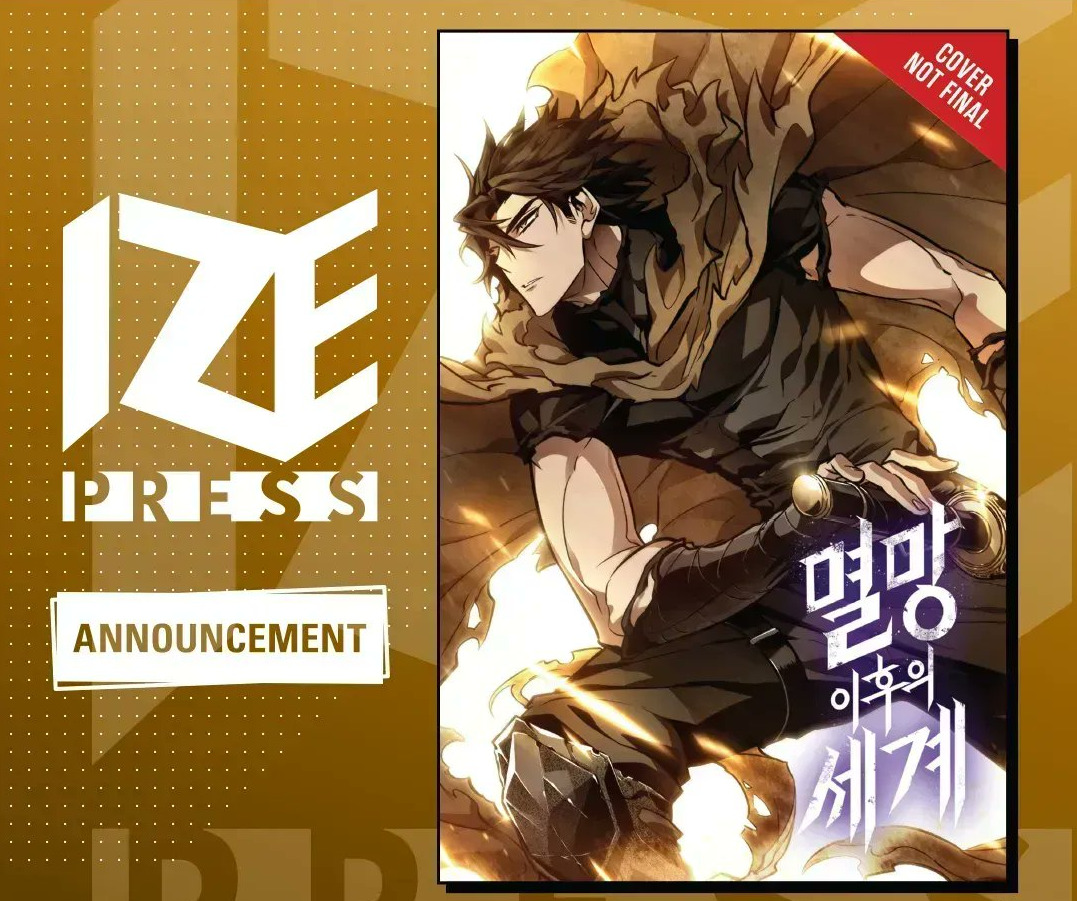 The World After Fall via Ize Press official twitter

With story and art by JH, The Boxer is about the enigmatic Yu, a young man who “‘doesn’t have the same hunger for superiority that drives every human being.'”

“The enigmatic Yu lives his life without joy or purpose,” reads the series’ description. “All aspects of the young man are a mystery to those around him…save for his superhuman athletic abilities.”

“Yu has rhythm, grace, and power on the level of the top pound-for-pound fighters, and his potential is too much for the legendary Coach K to ignore,” teases Ize Press. “Taking the young prodigy under his wing, the two shock the world of boxing, fight by fight, as Coach K attempts to make Yu the greatest of all time. But what exactly compels Yu to keep entering the ring…?” 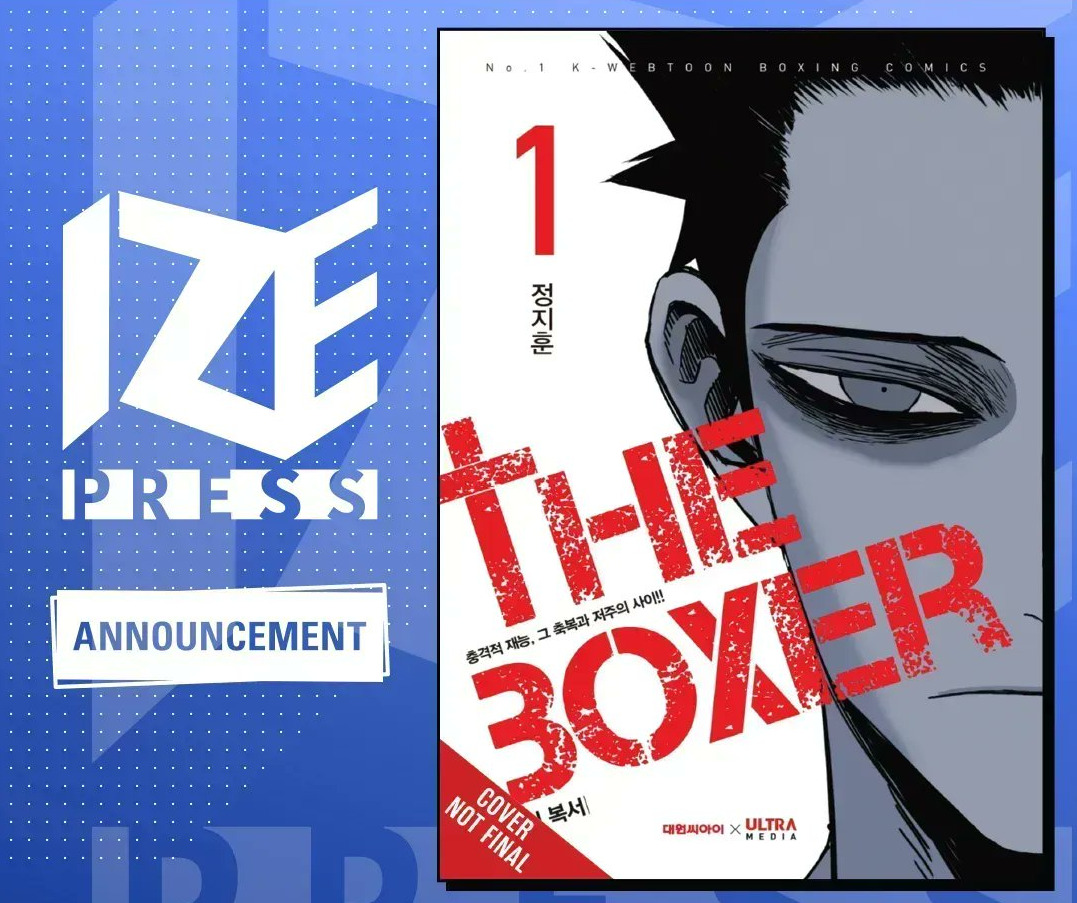 An illustrated adaptation of Early Flower’s novel of the same name with words by Yeava and art by Yeoseulki, My Gently Raised Beast follows the story of Blondina, an orphan who ” lives a tough life on the streets,” and is “left only with a memento from her late mother—one that proves she is the child of the emperor of Ates.”

“From the streets, Blondina moves into the royal palace, where she lives a lonely existence… until she befriends a brash and surly cat named Amon.”reads an official synopsis provided by Ize Press. “Not only can Amon talk, but he also turns into a cute boy! The truth is, Amon is no mere cat but rather a member of the Divine Leopard Clan, a group of powerful demi-humans often at odds with humanity. Will the two be able to stay friends despite all the conflicts?” 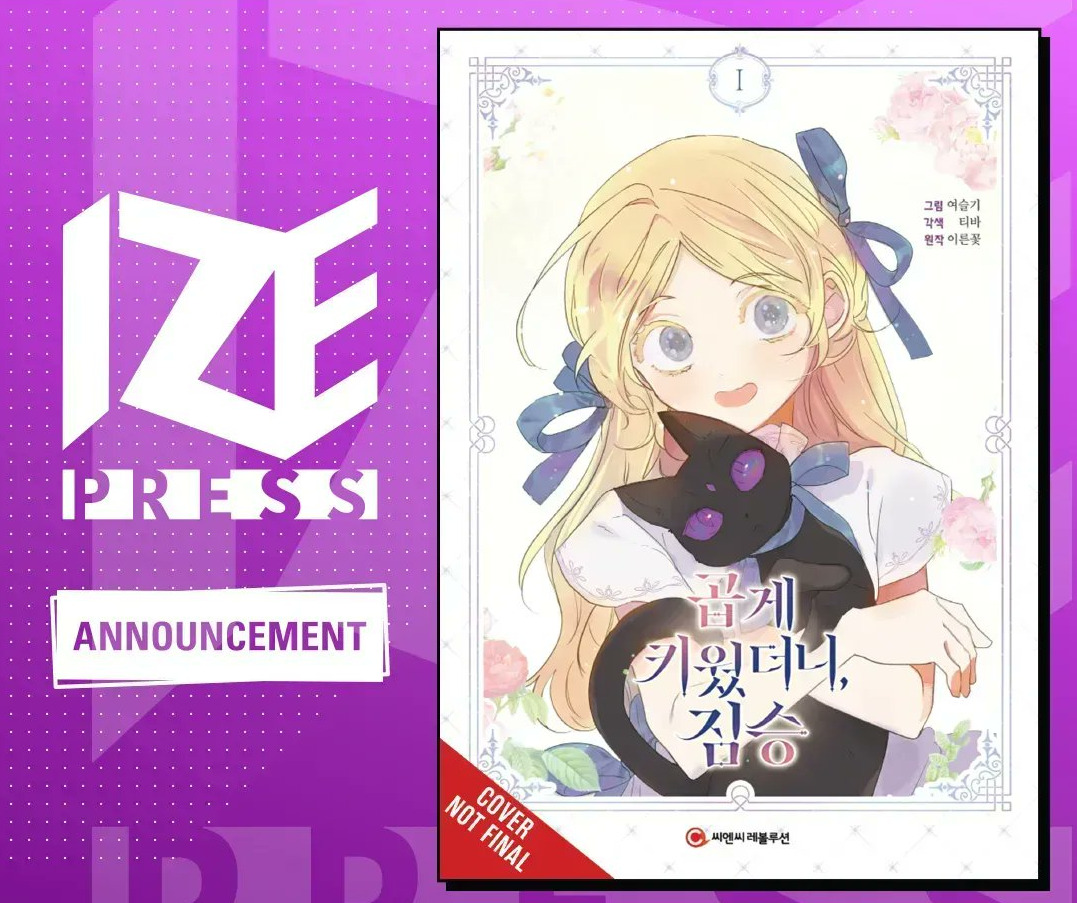 Written by Alphatart and drawn by Sumpul, The Remarried Empress is about Navier Ellie Trovi, “the lifelong companion of Sovieshu, the emperor of the Eastern Empire, with whom she spent her youth discussing the empire they would build together.”

“She was intelligent, compassionate, and courageous,” notes Ize Press. “She was the perfect empress of the Eastern Empire, until the day Sovieshu fell for another woman, demanding a divorce. However, it was Navier who shocked Sovieshu, his beloved mistress, and a speechless court as she coldly declared: ‘I accept this divorce…and request an approval of my remarriage!'” 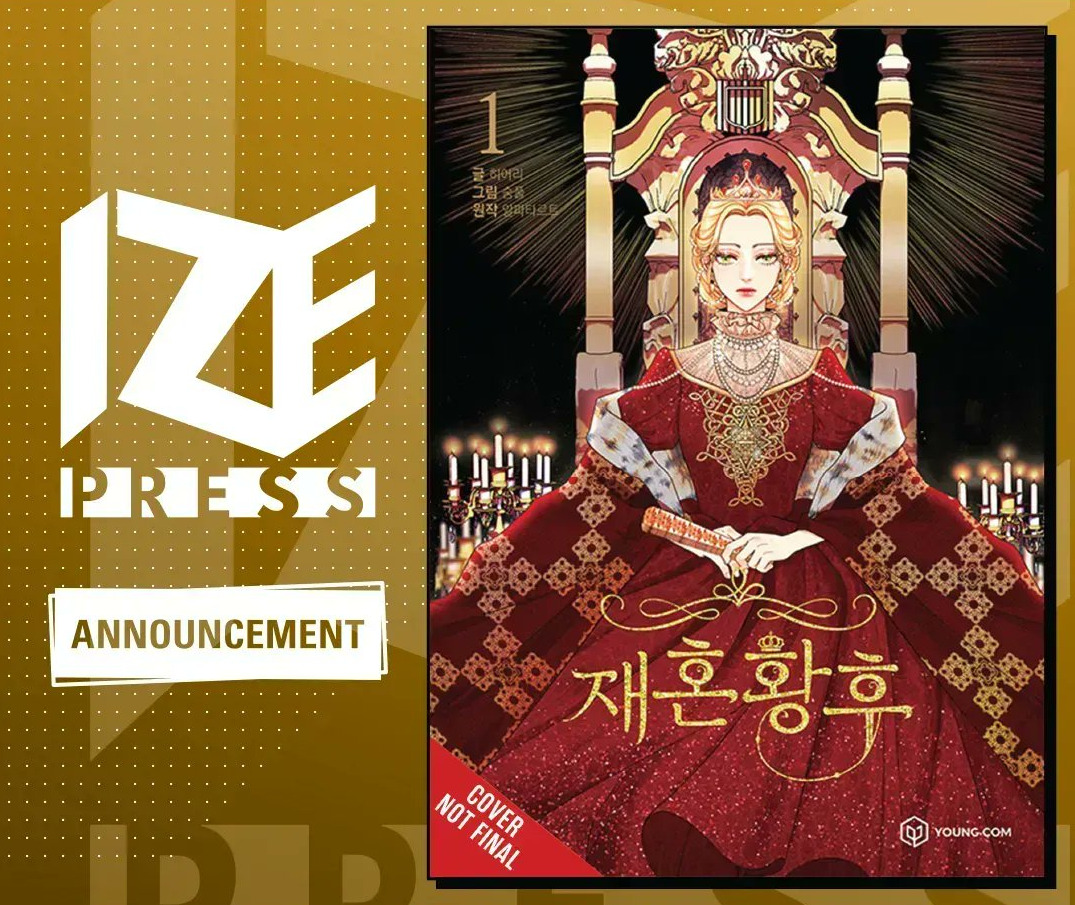 Villains are Destined to Die

Based on the original novel by Gwon Gyeoeul and adapted by SUOL, Villains are Destined to Die is centered around the fictional dating sim Daughter of the Duke Love Project! and the girls featured within.

“In Easy Mode of Daughter of the Duke Love Project!, you play as Ivonne, the duke’s long-lost daughter, who quickly gains the affection of the various male characters to win the game. Very easy!” reads the official synopsis from Ize Press. “In Hard Mode, you play as villainess Penelope Eckhart, the duke’s fake daughter, who starts her adventure with negative affection points. Very hard…and filled with gruesome deaths?!”

“Misunderstood and pining for love, one girl finds that she has much in common with Penelope and tries again and again to get her good ending,” writes the publisher. “She is granted one more try…when she falls asleep and wakes up as Penelope herself in the hostile world of the game!” 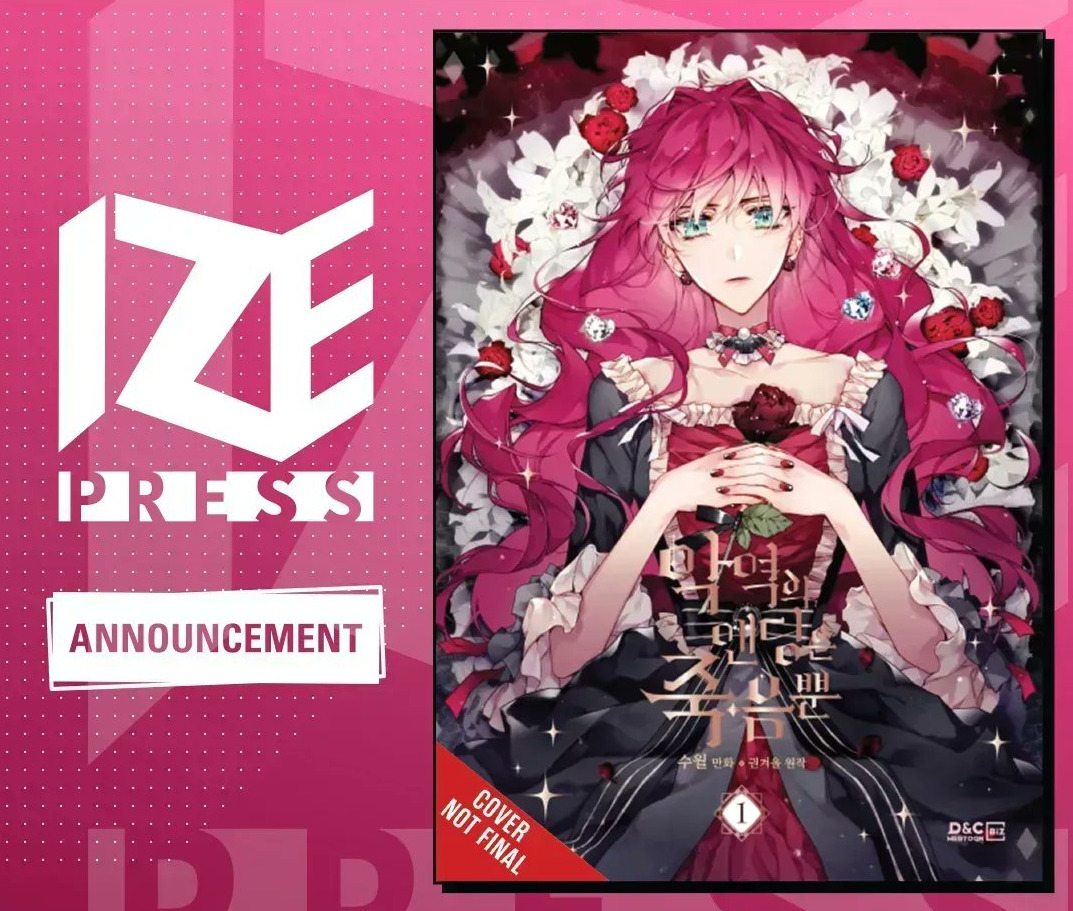 Now that Yen Press has committed to licensing more Korean comics, Western readers will have even more alternatives to mainstream American comics.

What series are you hoping to see come state side? Let us know your thoughts on social media or in the comments down below!