Behavior Interactive have announced one of their existing Dead By Daylight characters is their first “LGBTQIA2+” character. 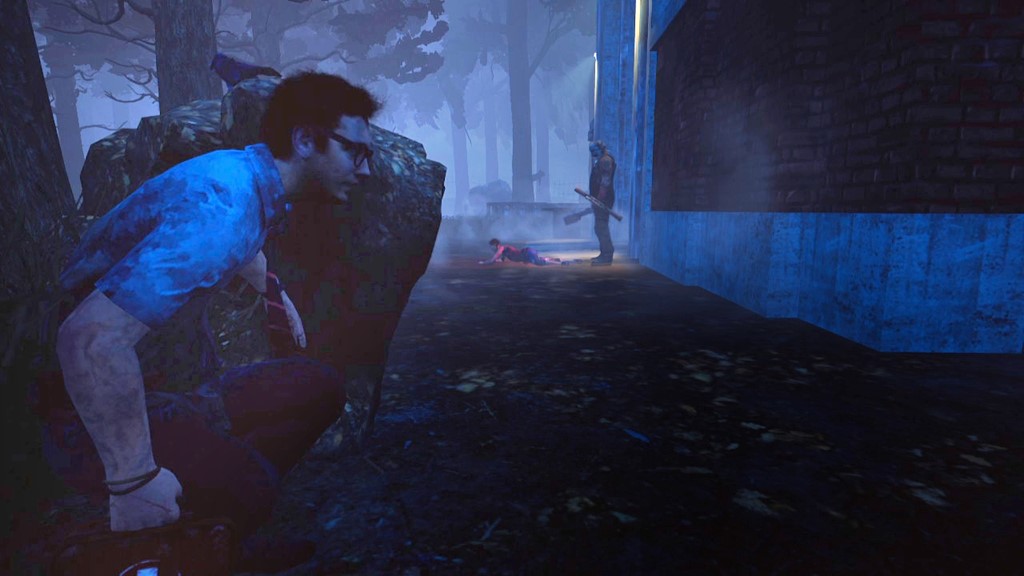 The latest Tome — updates adding challenges to unlock lore, cinematics, charms, cosmetics, and bloodpoints — Tome 11: Devotion brings time-limited cosmetics and charms based around survivors and killers who have new memories to earn.

These include Charlotte and Victor Deshayes (The Twins), David King, The Observer, Jeff Johansen, and The Legion.

Of particular note is survivor David King, and his new memory “The Importance of Being King.” As boasted by Behaviour Interactive, King has become Dead by Daylight’s first “LGBTQIA2+” character (Lesbian, Gay, Bi, Trans, Queer, Intersex, Asexual, Two-Spirit, and more).

“When Dead by Daylight first released in 2016, the playable characters – including both Killers and Survivors – totalled seven,” the official statement began. “Six years later, the Entity’s twisted realm has welcomed 57 faces, with 30 Survivors and 27 Killers.” 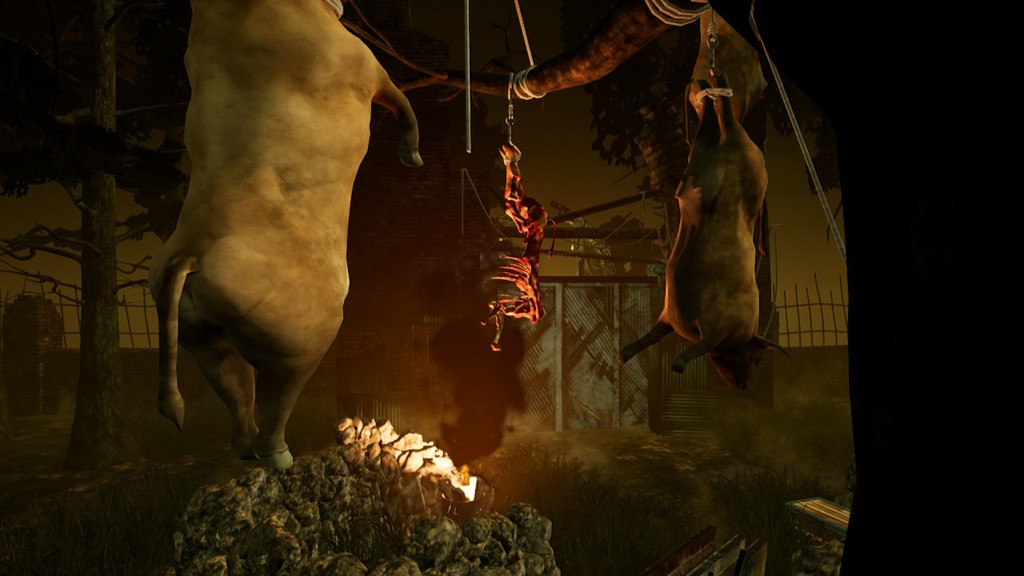 “Characters are the lifeblood of many lasting stories, and throughout the years, we’ve seen our community embrace our own with an inspiring level of enthusiasm.”

“Even before the arrival of The Archives – an addition that developed Dead by Daylight’s narrative with backstories and memories – players forged connection with their favourite characters,” Behavior Interactive continued. 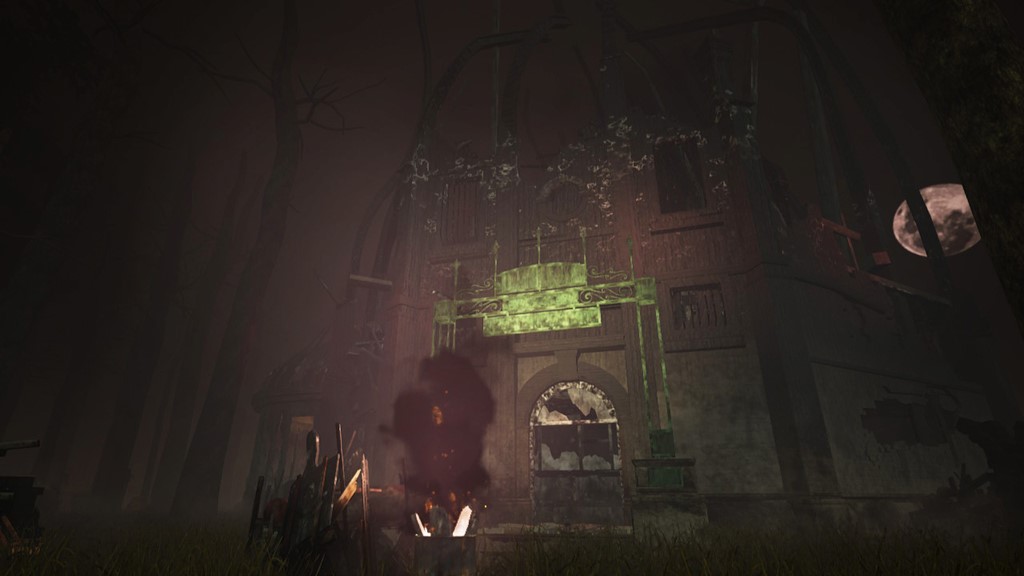 “For many, those connections led to an interest in learning more – more about the personal lives of The Entity’s chosen, their defining relationships and romantic connections.”

“As the world of DBD widened,” Behavior Interactive explained, “it was integral to ensure that our growing cast of characters was representative of our vast and diverse community, all of whom have stories of their own.” 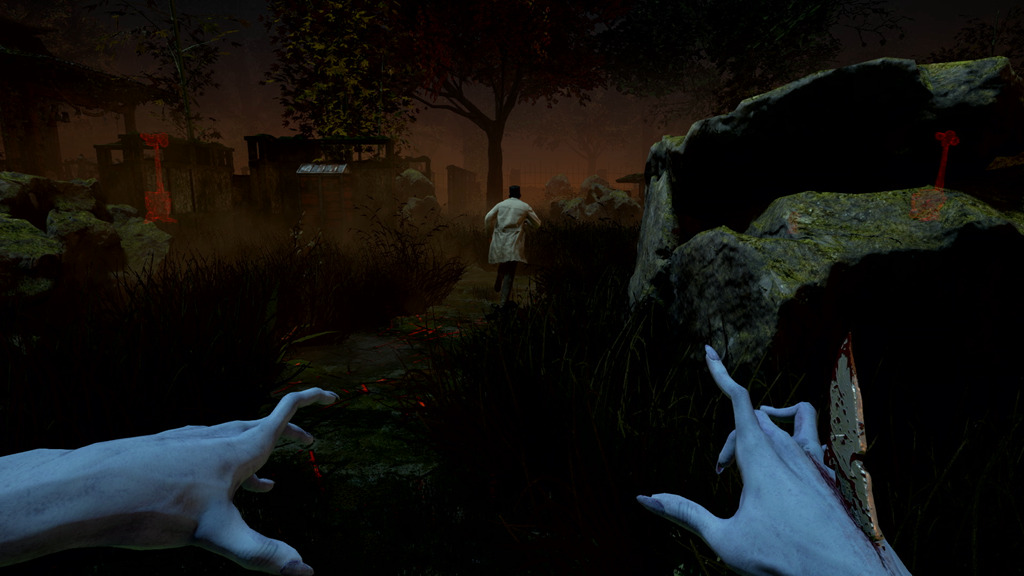 “One of the cornerstones of that community are our LGBTQIA2+ players,” Behavior Interactive claimed, “who continue to elevate Dead by Daylight with their tireless passion for horror, gaming, and of course – horror gaming. The fact that our character roster did not openly feature any confirmed LGBTQIA2+ representation was something we have been determined to change.”

“Upon consulting extensively with the GaymerX organization, who shared their expertise at integrating LGBTQIA2+ themes into established games, we felt confident in our chosen direction,” they asserted. 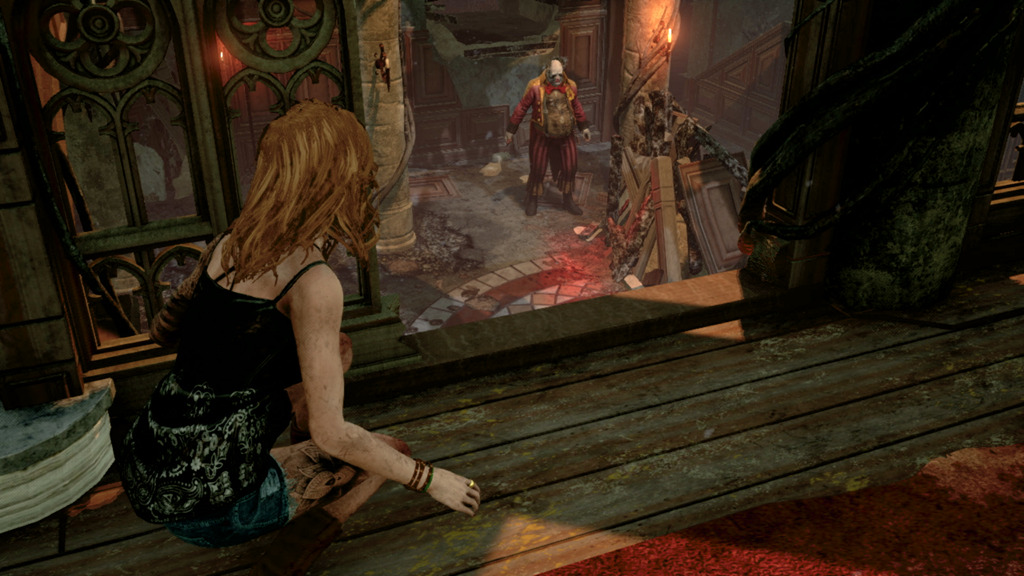 “Many of you know him well. A hot-tempered ruffian with a penchant for a good scrap, whose time as a debt collector brought pain both internal and external. A man of many hats, each one roguishly dapper — lover, fighter, mechanic, bouncer, impromptu beachwear model,” Behavior Interactive joked about his many cosmetic options. 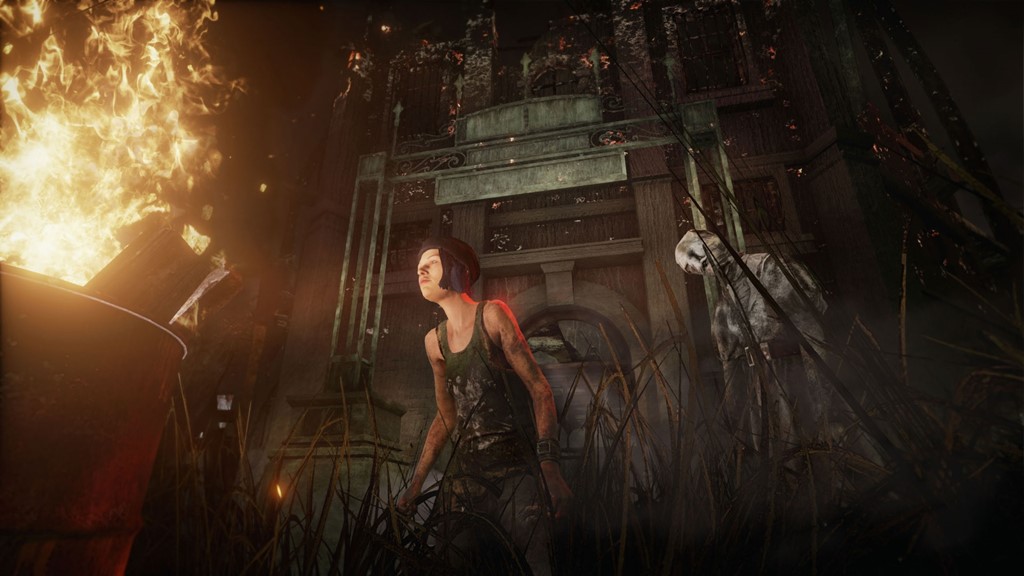 “Since his introduction in Dead by Daylight’s fifth Chapter A Lullaby for the Dark, which released in July of 2017,” Behavior Interactive elaborated, “David quickly became a fan-favorite.”

“Currently occupying a comfortable top ten position as one of the realm’s most-played Survivors, it’s not uncommon to feel David’s presence in any given trial. And while a fragment of his pre-Fog life was revealed in a previous Archive, there remains much to uncover.” 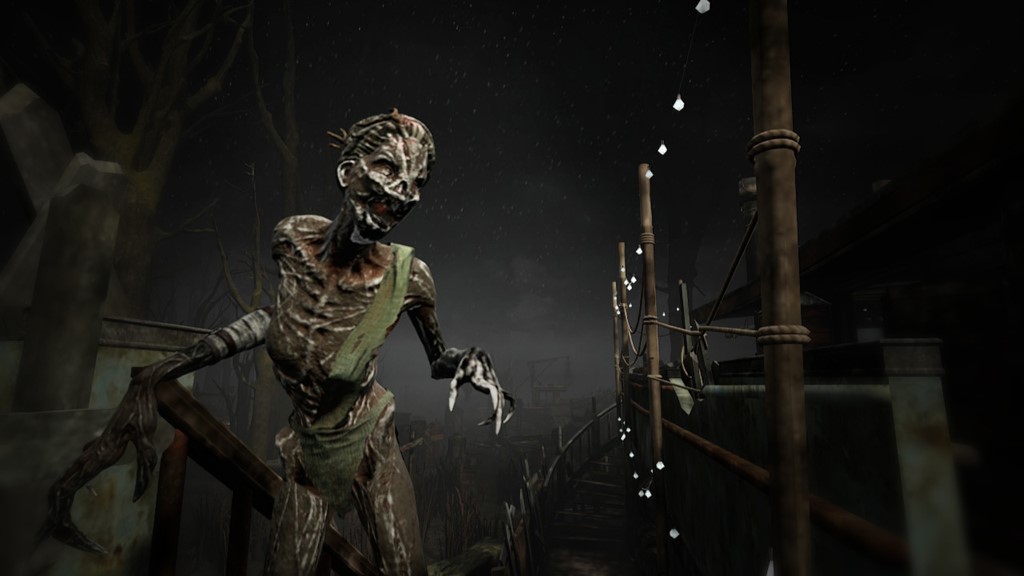 “So much so that he’s among the central characters of our brand-new Tome: DEVOTION. With DEVOTION comes another memory from David King’s life before he was taken by The Entity.”

“In The Importance of Being King, gain a deeper insight into a new side of David’s character,” Behavior Interactive teased, “one that explores a deep personal connection and expands the scope of his backstory.” 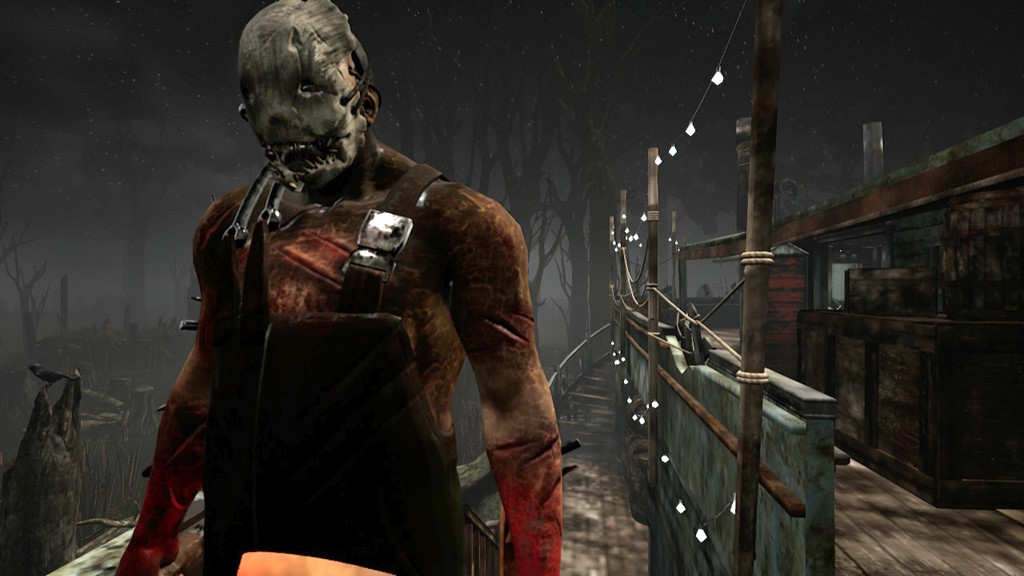 “We look forward to seeing an abundance of Kings roaming The Fog – and may their reckless heroism bring a smile to even the most ruthless Killer main. To our community that identifies as LGBTQIA2+, and our entire community at large, a resounding thank you for everything.”

“We have greatly appreciated hearing your own stories, discovering what resonates with you, and experiencing the harrowing, horrifying, and occasionally hilarious world of Dead by Daylight together,” Behavior Interactive concluded. 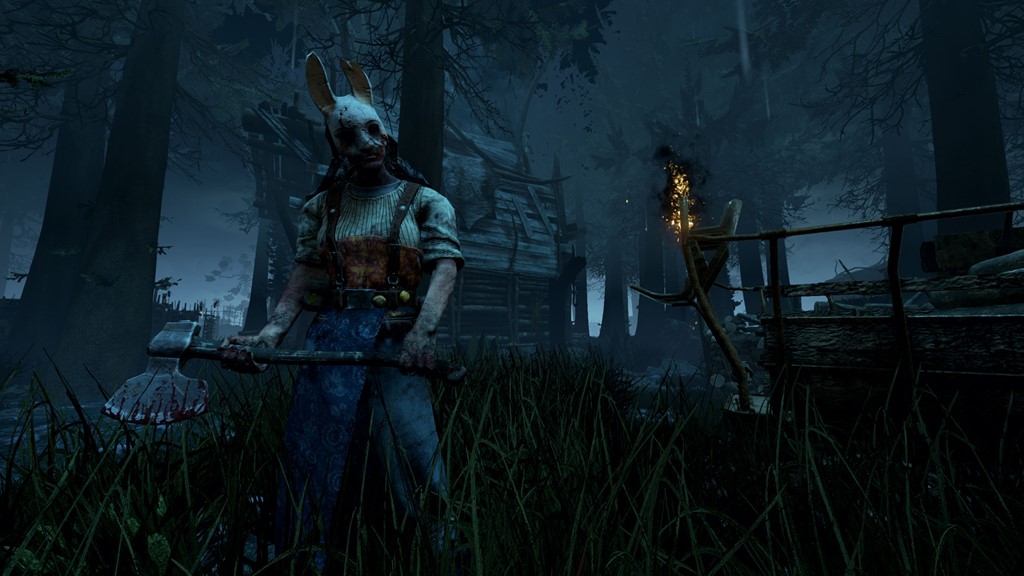 In prior lore, King was stated to have come from a rich family in Manchester, combined with connections and performing well at school had many opportunities for the future. However, he prized being an adrenaline junkie and a desire to fight more.

After a lifetime ban from rugby following an assault on a referee, and money not being an issue to him, King merely retired, and turned to everything from illicit bare-knuckle fighting clubs, to acting as a “debt collector” (quote marks intended, and suggesting far more). 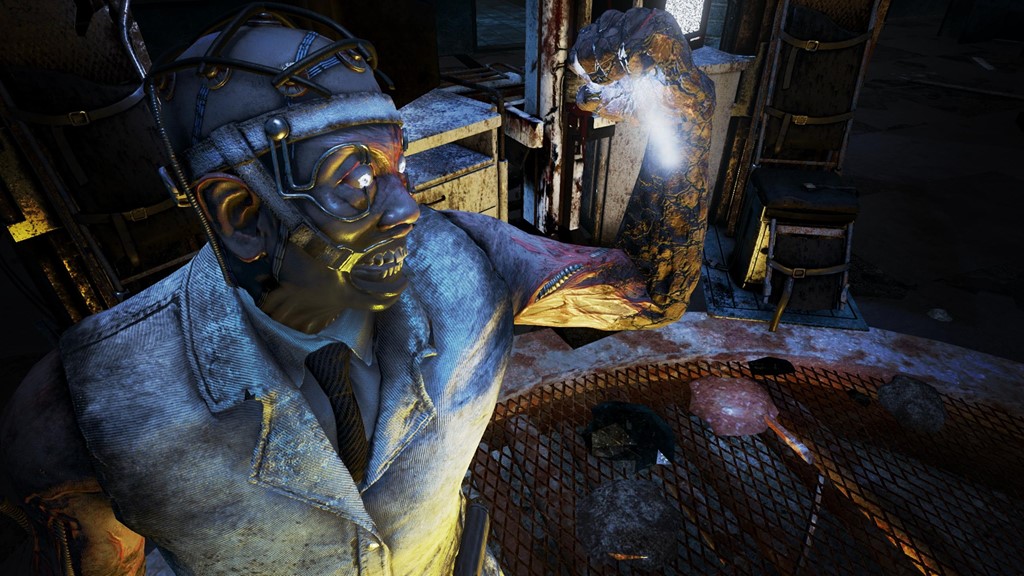 In Tome 2, we learn King’s vicious streak comes from his abusive father, finally having enough and pummeling him for raising a hand to his mother. Out of work, he lives with a friend, only to lose his next fight- lacking the anger he once projected onto his opponents from his feelings to his father.

As heavies demand King’s friend pay his gambling debts and he rushes to his aid, the gang’s leader offers King a job in exchange for clearing the debt, the aforementioned debt collection.

While the audio logs from Tome 11 have not yet been added to the game’s Fandom wiki, the cinematics have been uploaded to YouTube. Therein, it’s implied King sent a boy at school a love note, only for the boy to be bullied, and when King stepped in, the bullies told teacher King was harassing the boy.

Whether King’s anger or his father’s abusive behavior will also be factors in his homosexuality or bisexuality is unknown at this time. As an aside, while Dead by Daylight has featured a pride flag charm, it technically already had non-straight characters thanks to crossover costumes.

The Chatterer from Hellraiser is gay, as per “Prayers for Desire” in the Hellraiser Anthology Volume 2 comic, while The Look-See, The Mordeo, and The Birch from CryptTV are pansexual, genderqueer, and transgender, as per the creators’ comments.