According to public view counts, G4’s various content offerings have seen a massive loss of viewers in the months following Xplay host Indiana “Frosk” Black’s on-air rant against “sexism in gaming” and the network’s subsequent endorsement of her opinion.

The topic of the G4’s Frosk fallout was revisited on April 26th when independent video game journalist Brad Glasgow, ostensibly out of curiosity, sought to check in on the network’s overall health. 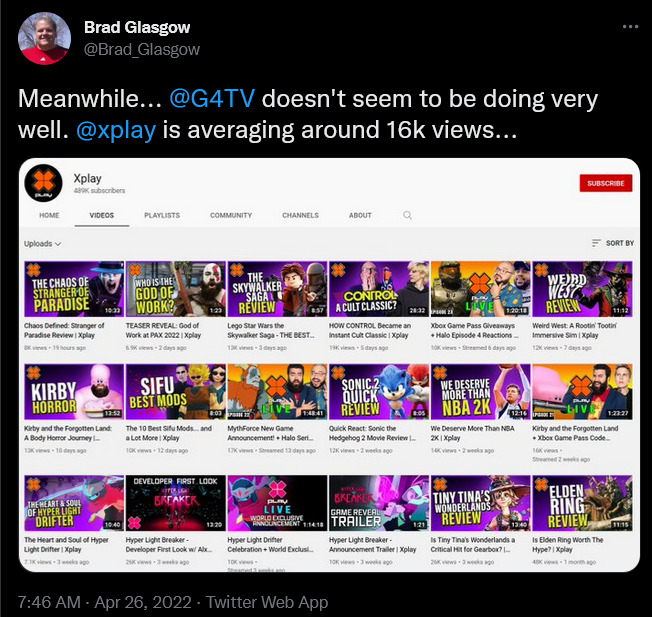 “If you look at the channel’s views before the infamous Frosk video, not counting that video’s numbers, they were averaging around 40k views per video,” he further noted. Sure enough, the numbers don’t lie.

As both previously reported by Bounding Into Comics and noted by Glasgow above, prior to Frosk’s declaration that male viewers who didn’t appreciate being blanket attacked, “If you don’t like it, don’t watch,” videos on the core G4 channel pulled in anywhere between 15,000-75,000 views, with content focusing on host’s personalities doing significantly less than reviews of well-known game titles.

For example, a Death Stranding review uploaded on January 12th just hours prior to Frosk’s rant managed to pique the interest of at least 70,449 users, while a retro review of Batman Arkham Knight published two months earlier pulled in 79,875 views. 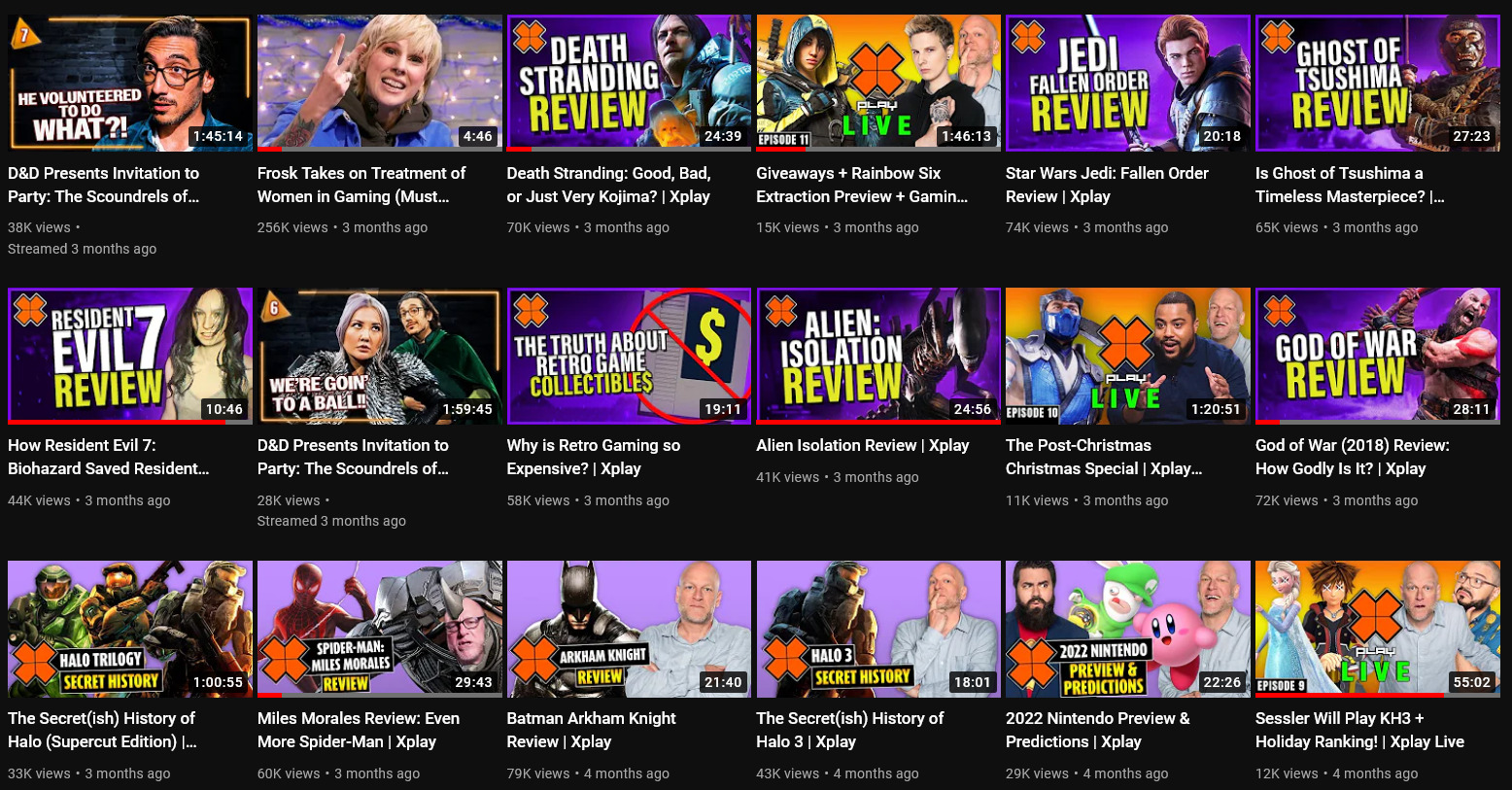 Though the network was able to retain their average view counts for roughly two weeks – a retro review of Mass Effect: Andromeda published after Frosk’s outburst holds a current view count of 72,670 and a January 25th discussion of Fortnite sits with 31,236 – it seems this was only a temporary stop-gap.

Simultaneous with the reshuffling of their various YouTube channels, this decline continued into March, wherein the channel’s views further decreased, with most videos averaging around 15,000 – 20,000 views and the month’s breakout uploads – this time reviews of Gran Turismo 7, a Goldeneye: 007 retrospective, and a first impression of Elden Ring eventually plateauing at 27,000.

Interestingly, the month held one massive outlier, as the network’s review of Elden Ring broke 48,000 views.

However, it should be noted that this performance is less indicative of an explosive love for G4 and Xplay’s content and more a hunger from fans of the series for any information they could get on the game prior to its release.

Unfortunately for G4, these numbers would proceed to absolutely crater in April.

Unlike prior months, only one video uploaded by the network across the whole of April – a developer-hosted first look at the upcoming Hyper Light Drifter sequel, Hyper Light Breaker – has managed to breach 20,000 views. 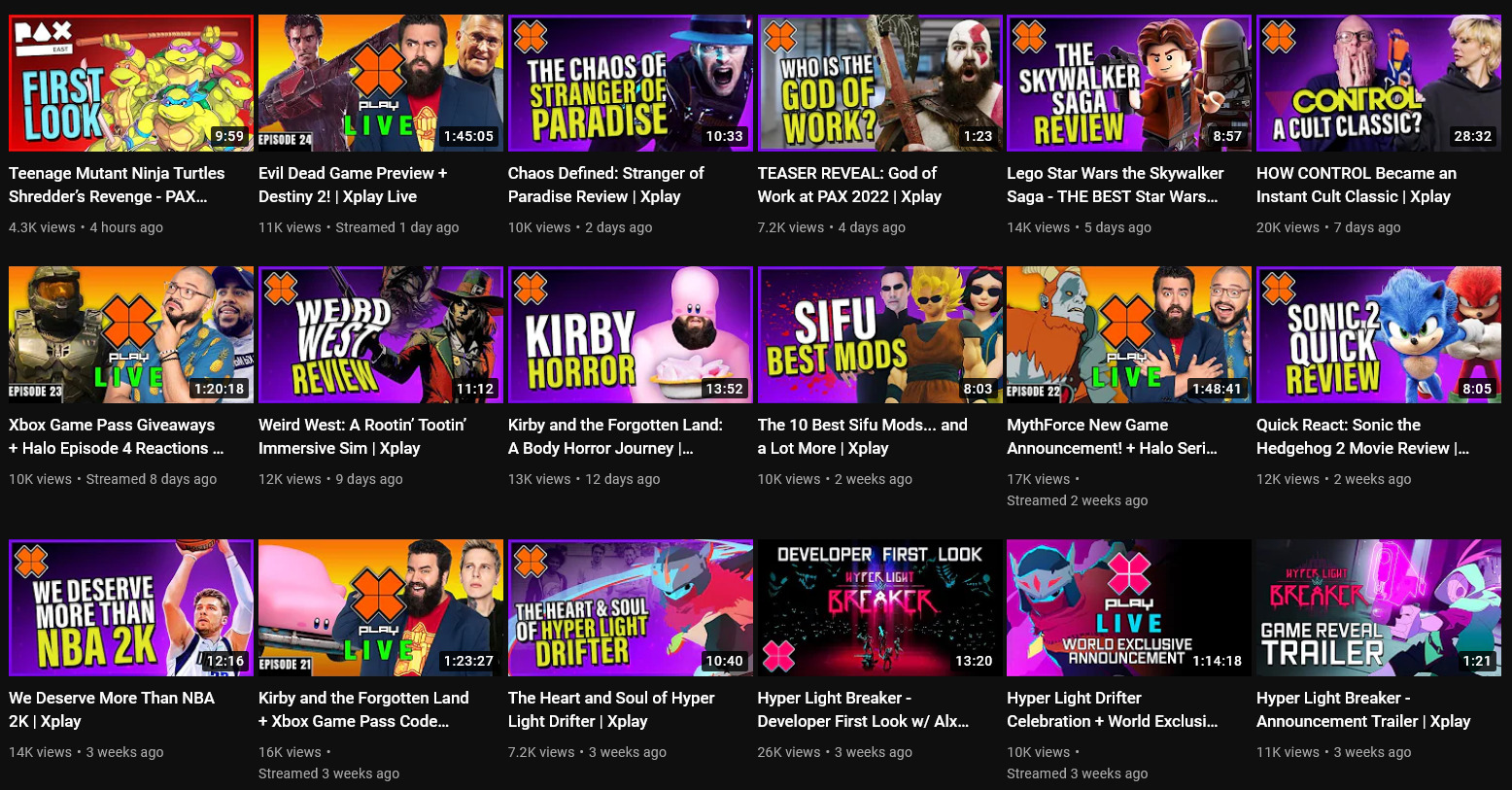 Further, the average views on the channel have also dropped, with most of the month’s videos barely breaching 10,000 views.

Though not as significant of a loss, the channel has also spent recent months bleeding subscribers.

Starting with an initial count of roughly 498,000 subscribers, the channel saw an initial loss of roughly 6,000 in the immediate aftermath of Frosk’s rant and has since only watched this number dwindle.

Since the controversy began, the Xplay channel has lost an additional 4,000 subs, bringing the total subscriber count down even further to 488,000.

As concluded by Glasgow, “This is a pretty clear and significant drop in numbers. Whatever your opinion on the Frosk video, it is clear that it hurt the channel.” 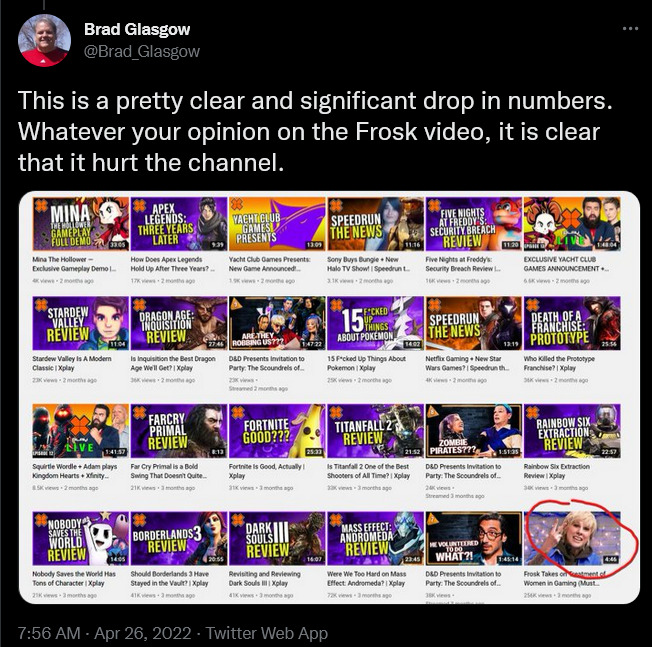 What do you make of G4’s declining viewership numbers? Let us know your thoughts on social media or in the comments down below!