Comic book creator Billy Tucci will be launching a Kickstarter campaign with an exclusive variant cover for his upcoming Shi: Sakura graphic novel that recently blasted past $100,000 on IndieGoGo. 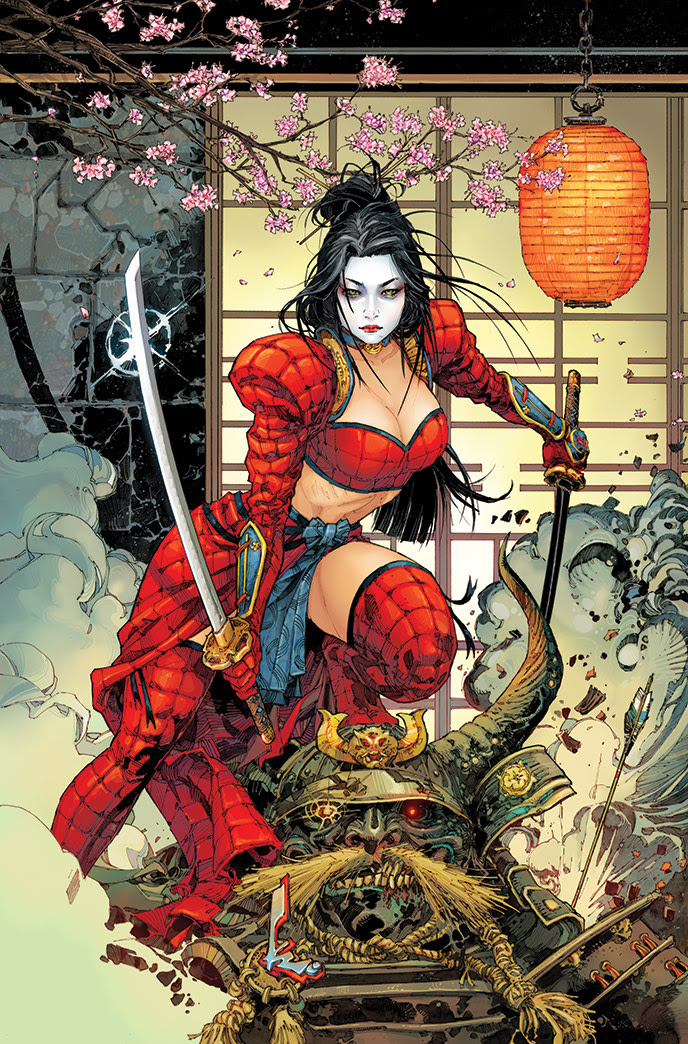 Tucci launched the Shi: Sakura IndieGoGo campaign back on April 20th. In less than two weeks the campaign has already raised $104,989 unlocking the campaign’s first stretch goal that expands the graphic novel to a total of 64 pages from 56 pages.

A second stretch goal has also been announced that will increase the book to 72 pages. That goal is unlocked when the campaign reaches $120,000. 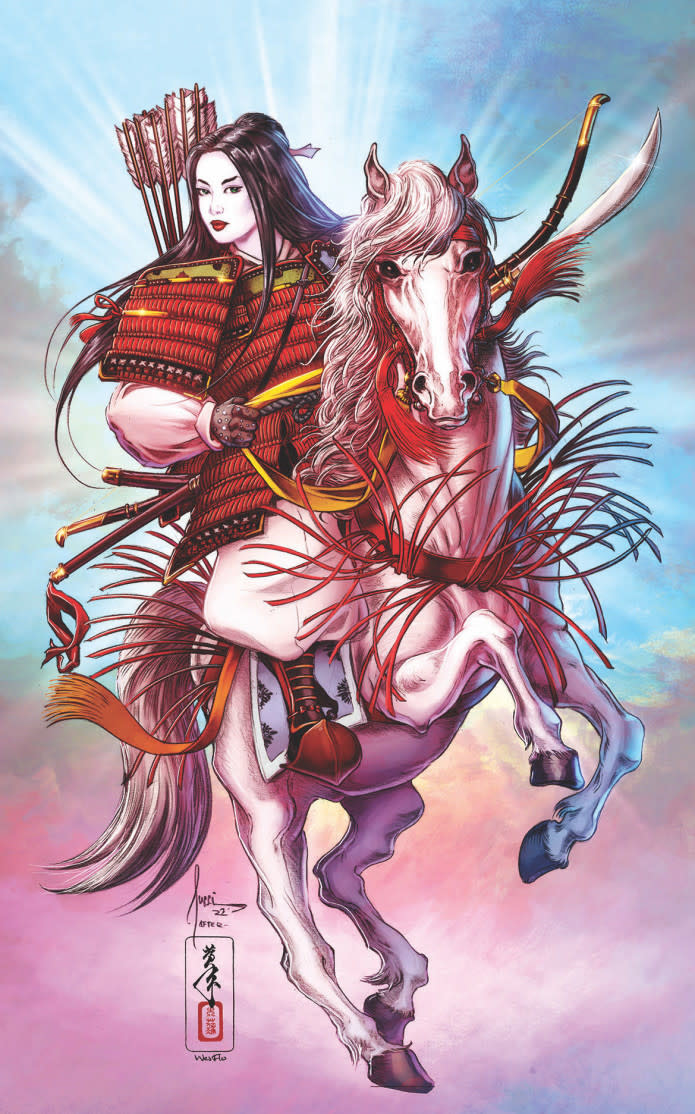 RELATED: Shi Creator Billy Tucci Calls Out Controversial DC Comics YA Graphic Novel ‘I Am Not Starfire’ for F-Bomb Usage

Following this success on IndieGoGo, Tucci will be launching a Kickstarter campaign for the graphic novel as well. The campaign goes live on May 3rd.

And as noted above features an exclusive variant cover by Billy Tucci, which you can see below. 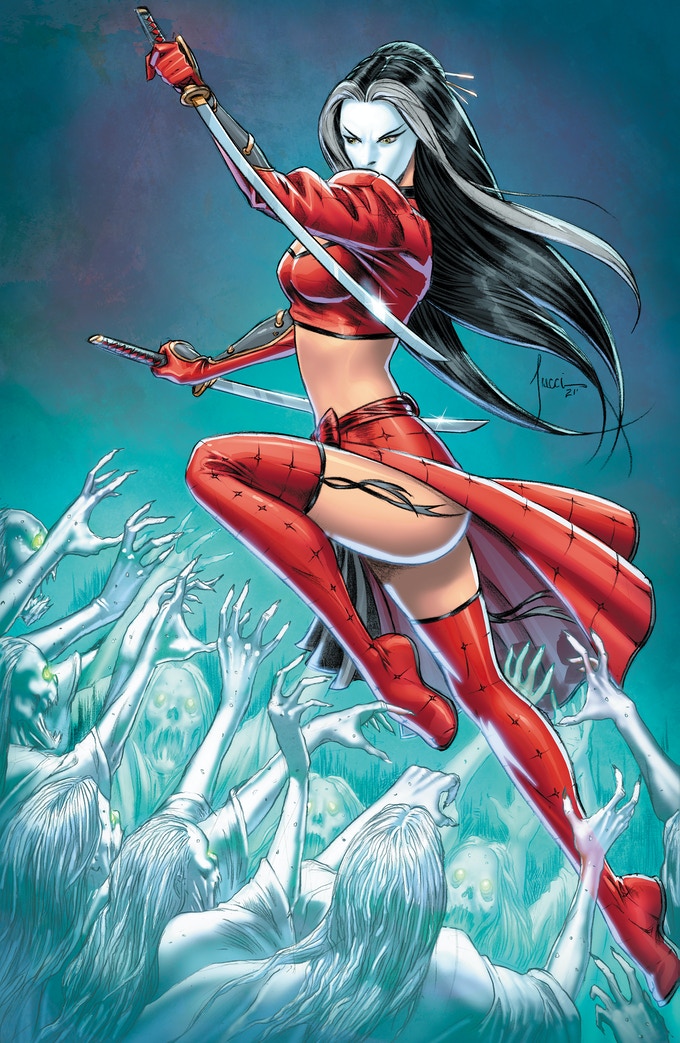 The book will see Ana Ishikawa unlock “a danger that she’s not prepared for her… her birth mother’s wrath that comes in the form of an automaton-like killer, bent on destroying all that she loves.” 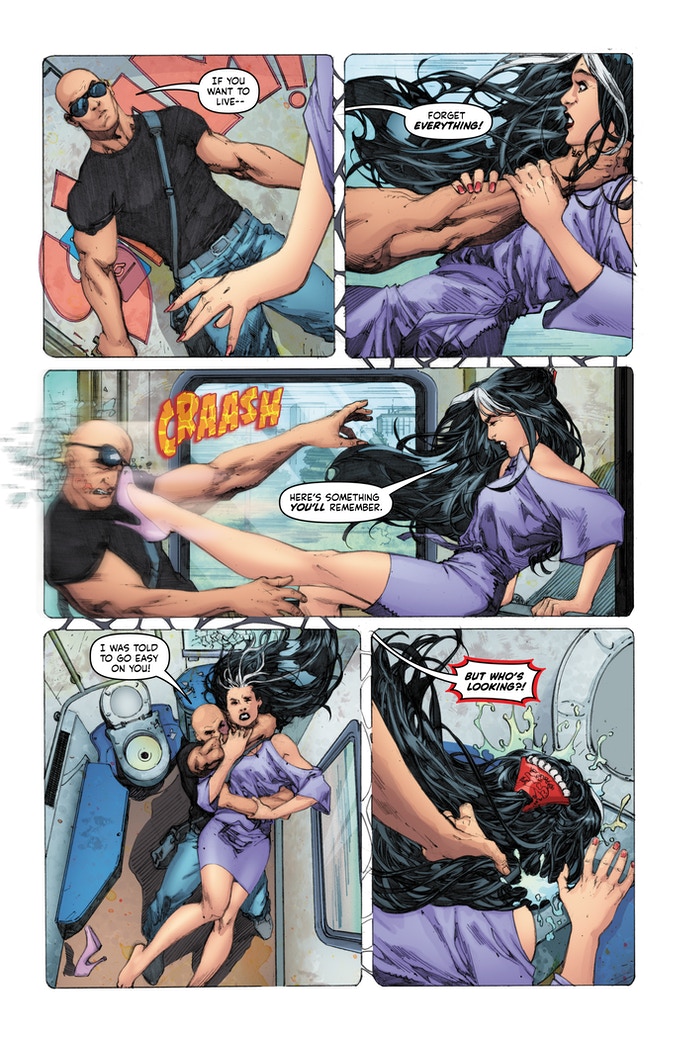 As Shi faces this brutal killer, her daughter Hotaru is now empowered by her experiences in Shi: Haikyo, but “succumbs to an inner violent streak with savage repercussions.” 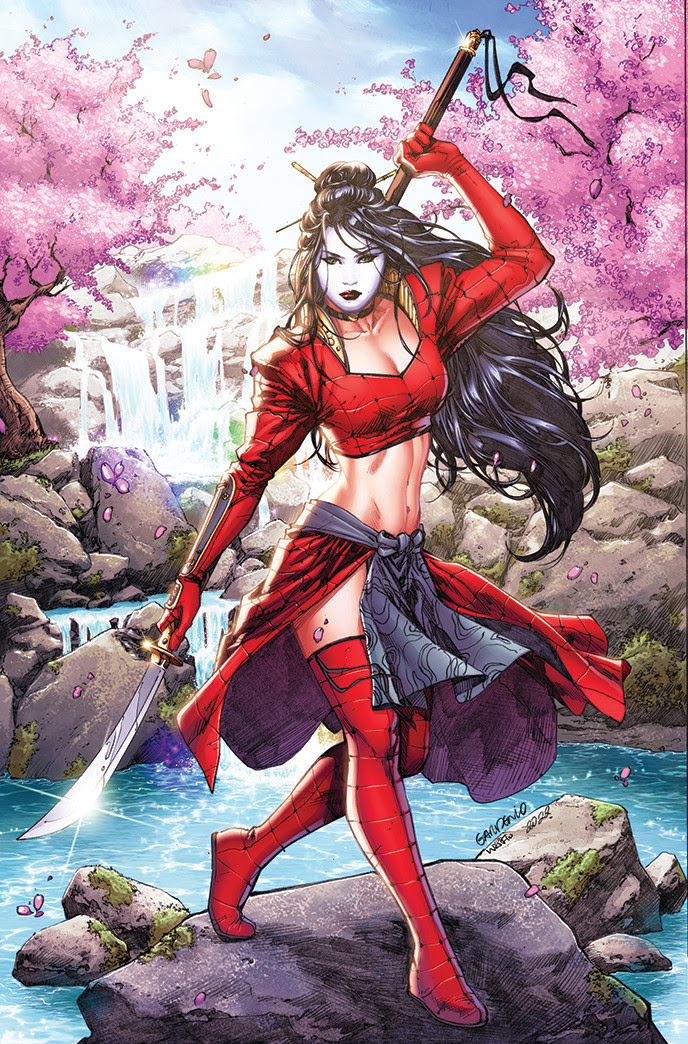 The graphic novel is being marketed as the final chapter of the Return of the Warrior trilogy and as such features numerous variant covers from Jeff Chapman, Gardenio Lima, Asha Kishna, and Wes Hartman. There is also an IndieGoGo exclusive from Kenneth Rocafort. The KickStarter campaign will feature an exclusive from Billy Tucci and Brian Miller. 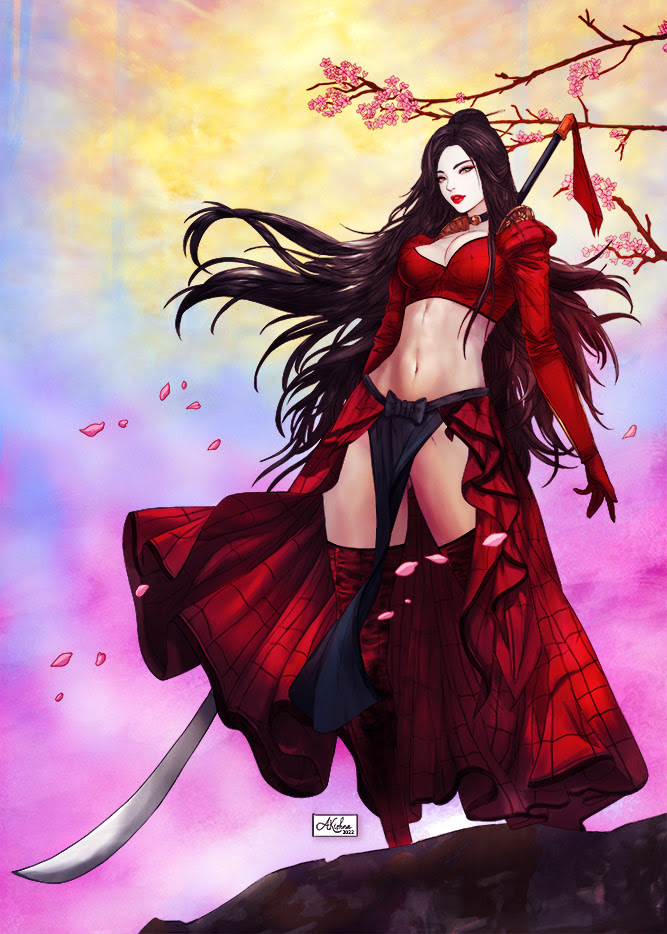 The IndieGoGo campaign also features lots of Shi-related merchandise including original art, prints, shirts, commissions, special editions, and an ashcan from John Broglia and Billy Tucci for Zombie-Sama 2: Dorm of the Dead.

Backers on IndieGoGo will also be able to back Billy Tucci’s Shi #1 that features an homage cover to Amazing Spider-Man, a Shi: Sakura aschan, Shi: Rise of the Warrior omnibus and digital editions, and metal editions of the various variant covers.

There’s also an option to acquire the covers as prints as well. 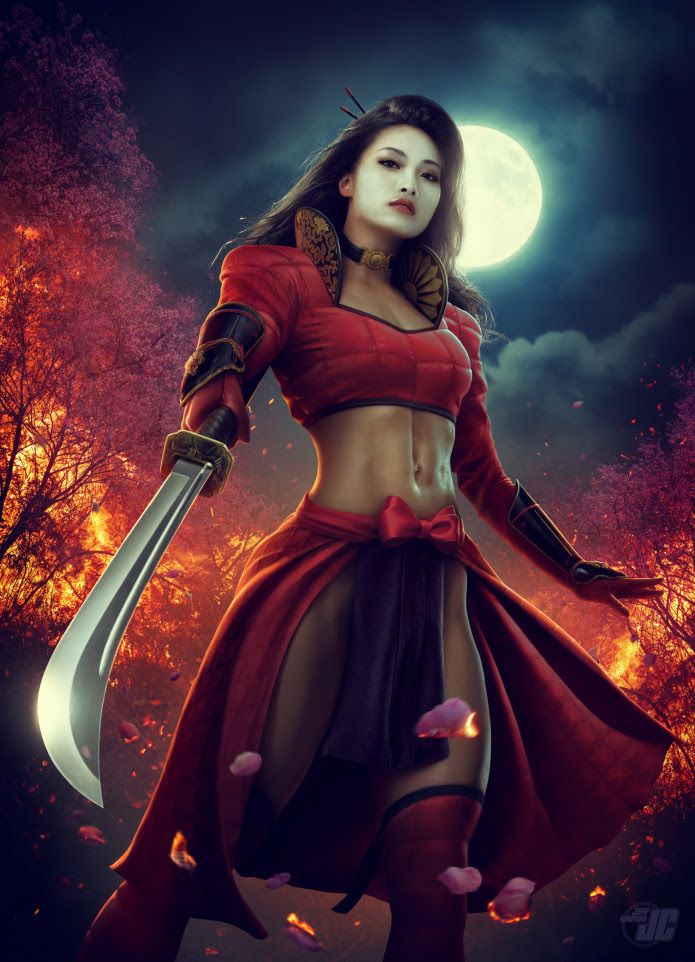 The IndieGoGo campaign originally had a goal of $15,000. It has clearly surpassed that by a wide margin. The campaign will continue for 18 days.

As noted above the Kickstarter campaign will launch on May 3rd and is expected to run for 30 days. 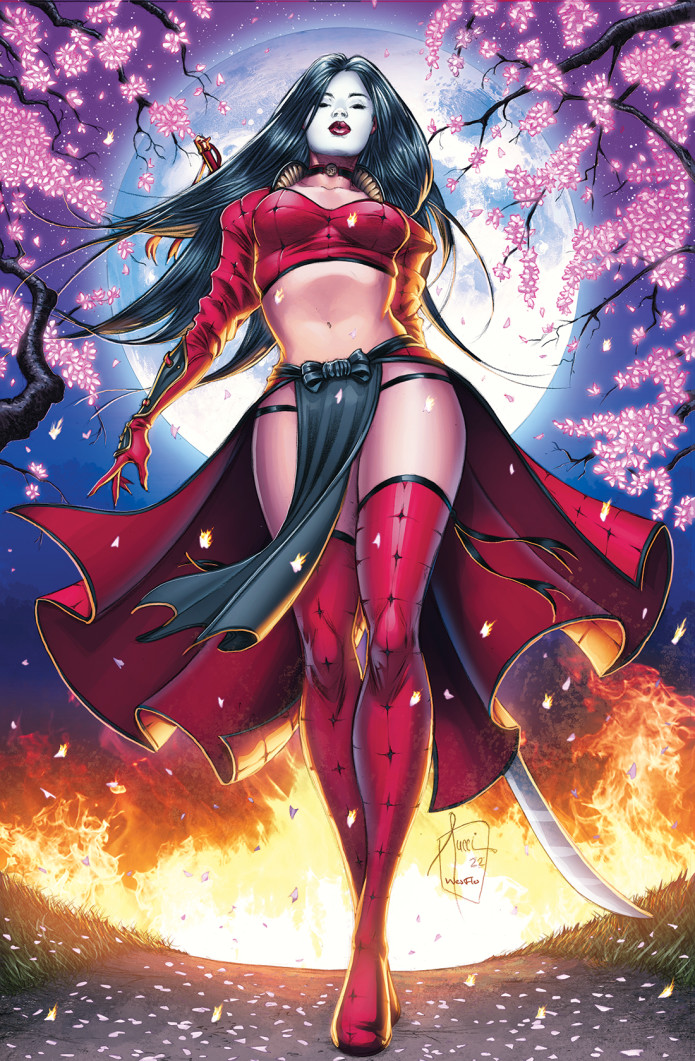 Do you plan on backing Shi: Sakura? What do you make of Tucci’s Kickstarter exclusive variant for the book? Which variant cover is your favorite?