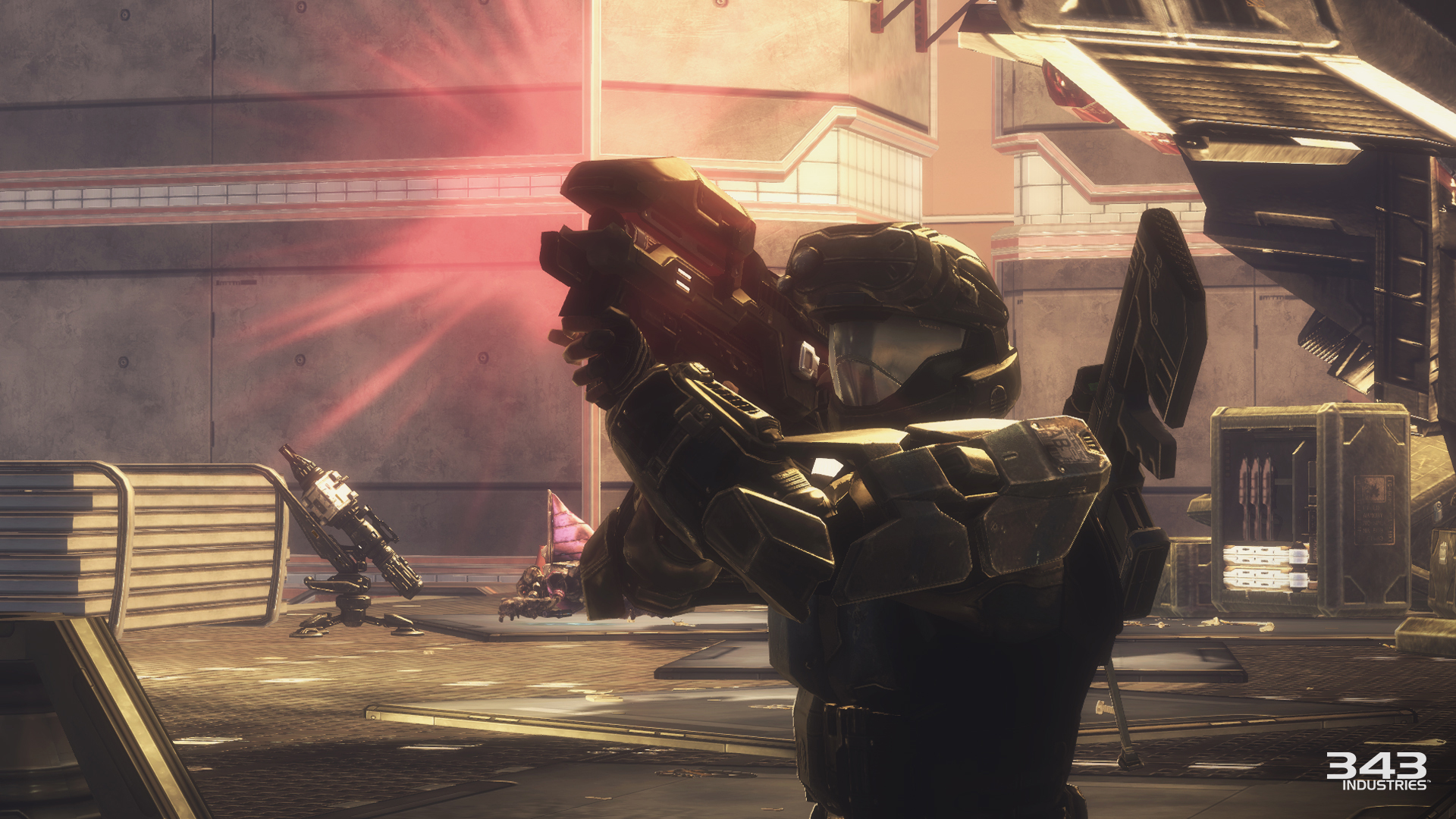 The former Teen Wolf actor who previously directed several shorts including films inspired by Ghost of Tsushima and James Bond and uploaded to the Ascender YouTube channel announced he will make a new Halo film. 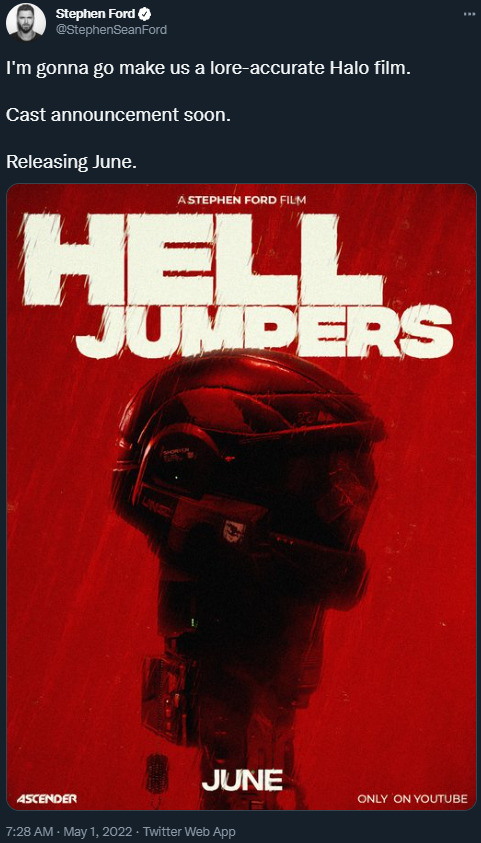 Ford went on to provide some details about this film would be while sharing a portion of the live-action Halo 3:ODST advertisement.

“Halo live-action ad spots were honestly the biggest inspiration for me in becoming a director,” Ford explained. “This short film is an homage to those trailers and the games that defined my love for sci-fi as a kid.”

“Helljumpers is a character-focused vignette blending Band of Brothers and Halo.”

Halo live-action ad spots were honestly the biggest inspiration for me in becoming a director. This short film is an homage to those trailers and the games that defined my love for sci-fi as a kid.

Helljumpers is a character-focused vignette blending Band of Brothers and Halo. pic.twitter.com/cVVAzN0Jmz

Those live-action advertisements may be what fans were expecting from Paramount’s live-action Halo series. However, it was soon apparent — by showrunner Steven Kane’s own admittance — that they “didn’t look at the game. We didn’t talk about the game. We talked about the characters and the world. So I never felt limited by it being a game.”

Questionable decisions, identity politics, and bad writing have led to an atrocious 55% user rating on Rotten Tomatoes, and our own review noted Paramount had “created another very expensive digital paperweight.” 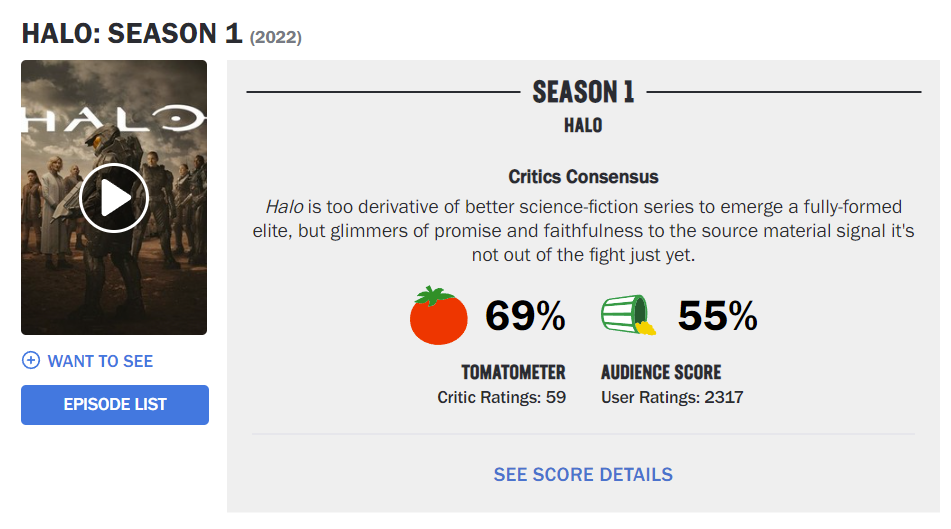 As such, it’s not unreasonable to see why fans have been flocking to the promise of a lore-accurate project. “Getting tons of DMs asking to donate to our Halo short,” Ford claimed over an hour after his initial announcement.

“Y’all are amazing but you don’t need to do that, I’m using Kickstarter funds and savings from my last directing gig.”

Ford did note, mentioning “But if you wanna pitch in a few coins for a month to be in the credits, check out [my Patreon].” 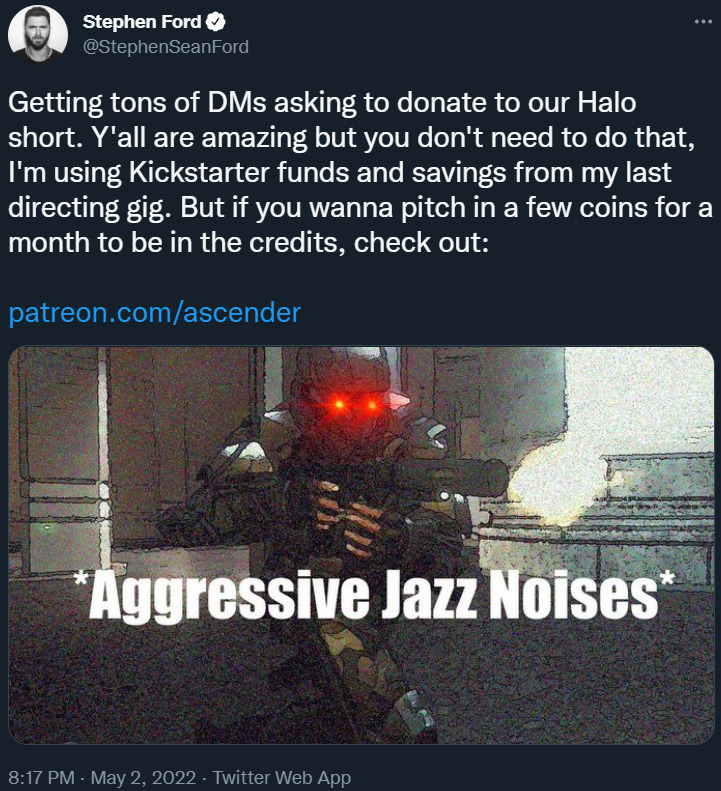 Just over 30 minutes after that, Ford exclaimed “F—–g love the Halo community so much. Got 3500 DMs today about everyone wanting to help so it’ll take me a bit to respond. Y’all are true spartans.”

Fans continued to help in any way they could, even finding props. “Now that all my Halo bros are here, do any of you have that ODST Drop Pod set from McFarlane?” Ford inquired. “I can throw dollars at you if you can ship it to us. I’m going Peter Jackson style on Helljumpers and blending miniature work with VFX.” 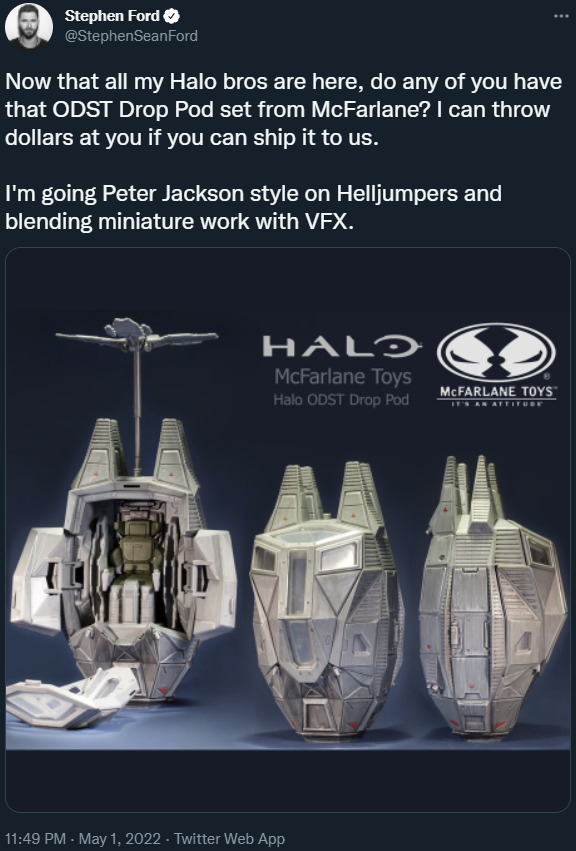 Two days later, the toy was acquired. “We f—–g did it,” Ford delighted. “We got the ODST Drop Pod. All hail @Billy_Osteen. Thank you brother and thank you to everyone for sharing.” 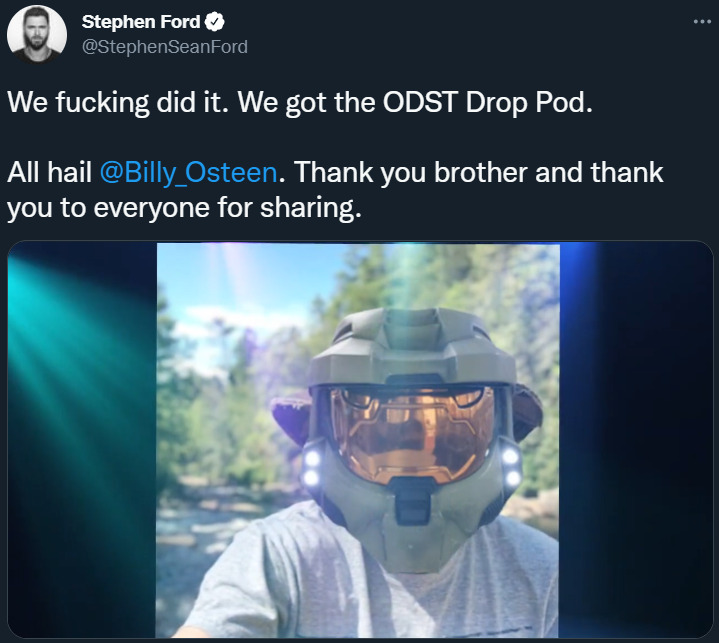 @Aleft9 called in other fans as well. “@Rookie_425Mind if we get in on it?,” they tweeted. “Same with @impactprops making some armors?” “Just pop me a DM!” Ford replied.

However, the project may have already hit a major snag. “All my Ascender work is gone,” Ford confessed a mere three days after his initial announcement.

“The hard drive that had all the masters of every episode just died. The years of VFX & SFX assets I’ve purchased. Every script. Every contract. All my logos, merch, designs, and music. Mid-Cloud Backup it disconnected & I can’t recover any of it.” 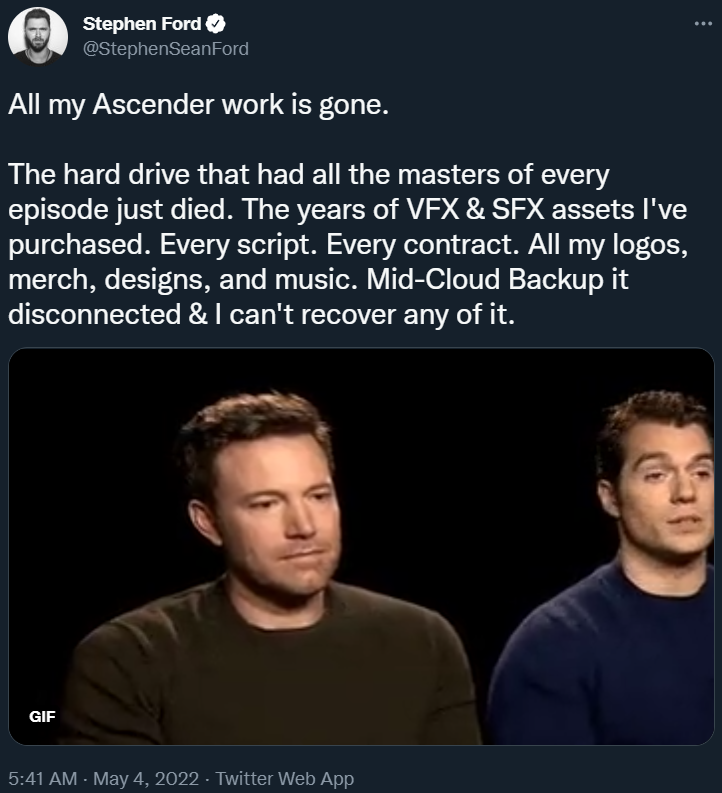 Ford later discussed how recovery attempts had failed, and that he had been using three older hard drives repeatedly as a budget constraint. 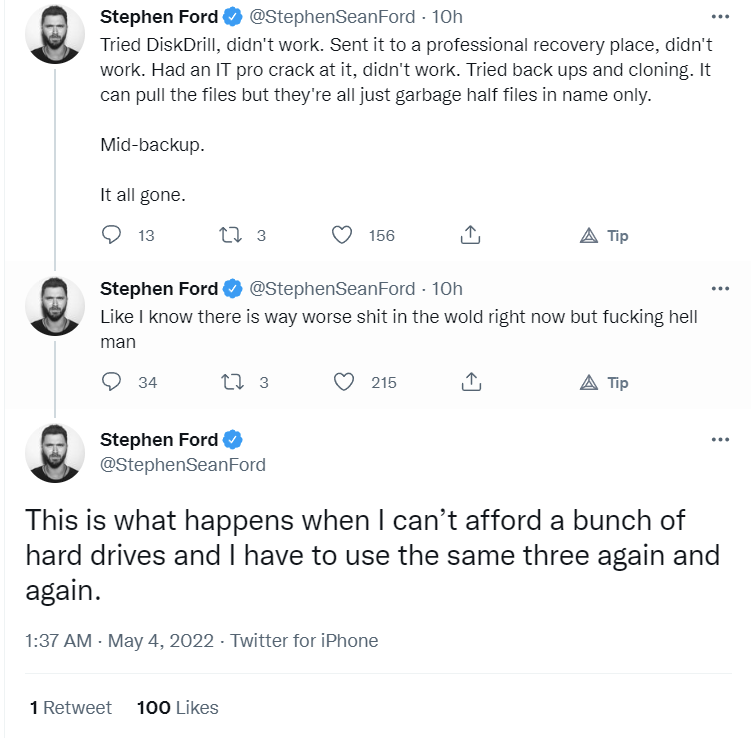 Do you think Halo fans will respond better to this project than Paramount’s TV series? Let us know on social media and in the comments below.

NEXT: Halo Star Pablo Schreiber Responds To Series Critics: “I Respect Your Opinion And I Love You Too”