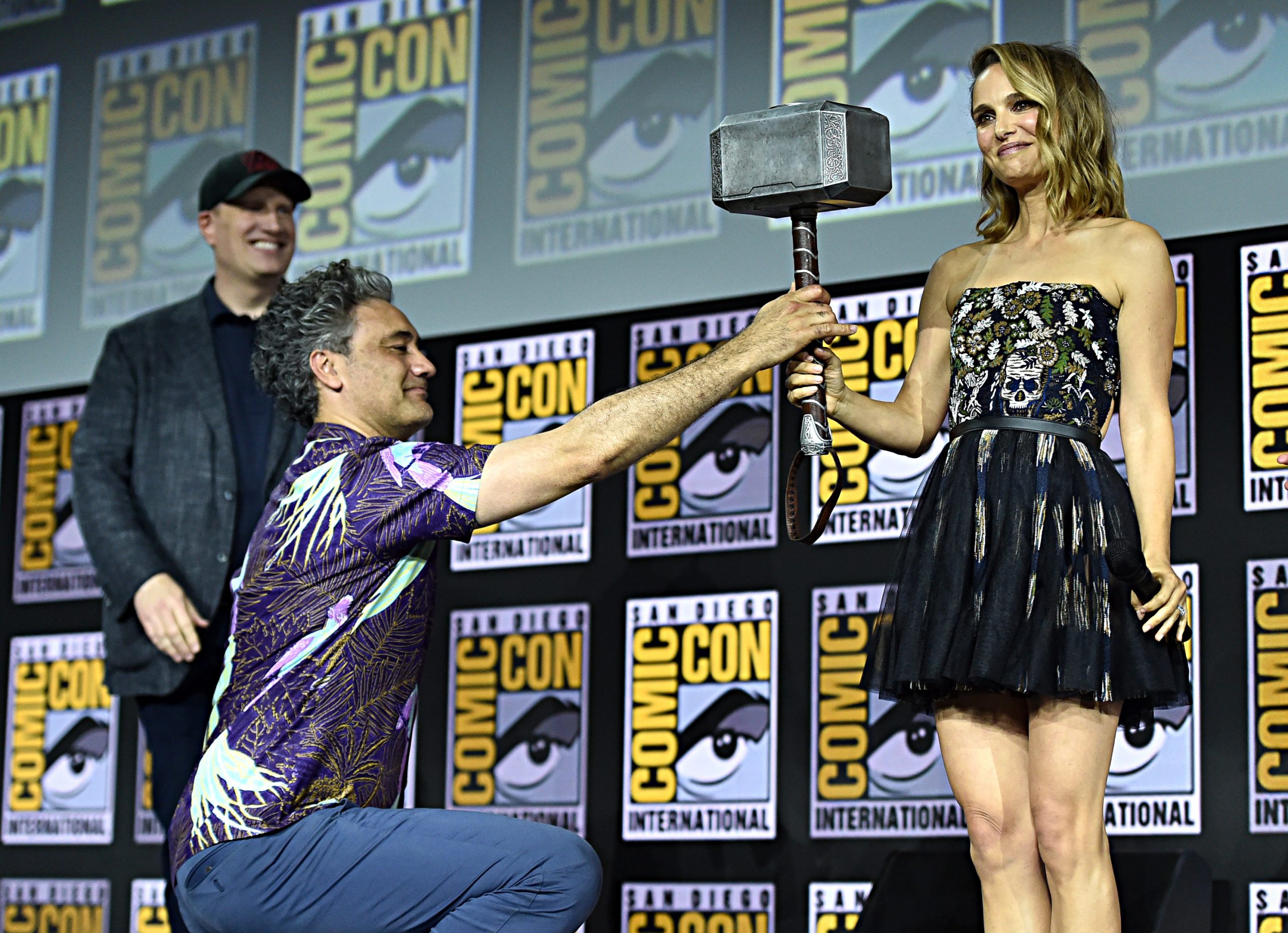 Speaking to Entertainment Weekly about the film Waititi first detailed he didn’t want to make a repeat of Thor: Ragnarok saying, “What I didn’t want to do is just make Ragnarok again, because that’s been done.”

He then explained, “I needed to do something more interesting for myself to keep the whole thing ignited and to make sure that I’m feeling creatively stimulated. I thought, What’s the least expected thing with this franchise?” 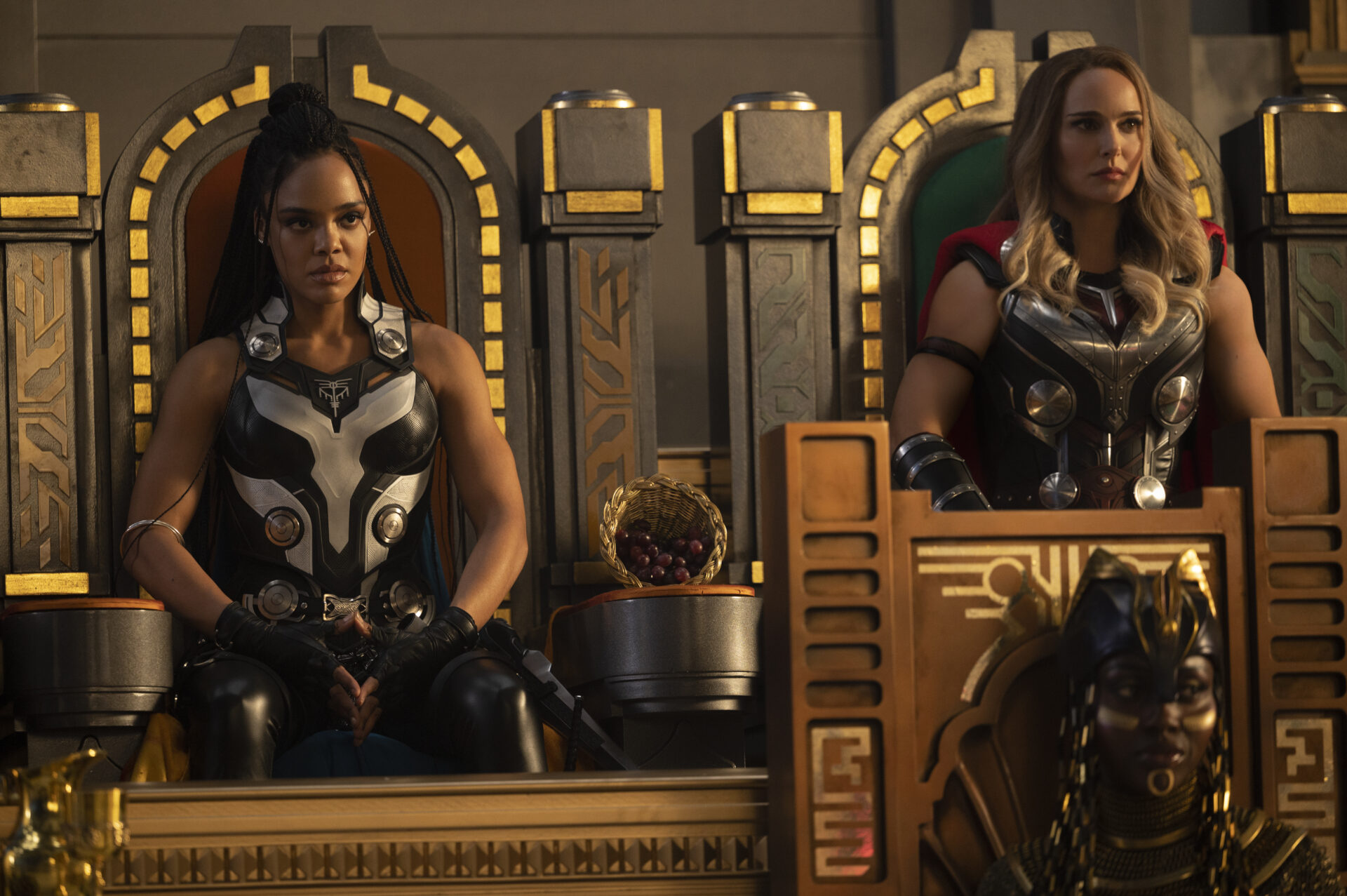 From there, Waititi discussed the differences between Ragnarok and Love and Thunder describing Rgnarok as “a bit like a party.” He added, “It was quite festive.”

In contrast, he details that Love and Thunder “is still fun, and it’s got moments of being over the top, but thematically, it’s about something a bit deeper than the last film.”

“It’s not a serious film, and it’s not a drama, but we do deal with ideas that I think a lot of humans deal with — universal themes about love and loss and our place in the world,” he continued.

Waititi elaborated, “Everyone sort of asks this question in the film: What is your purpose? What is the reason that you’re a hero, and what do you do when you have these powers?” 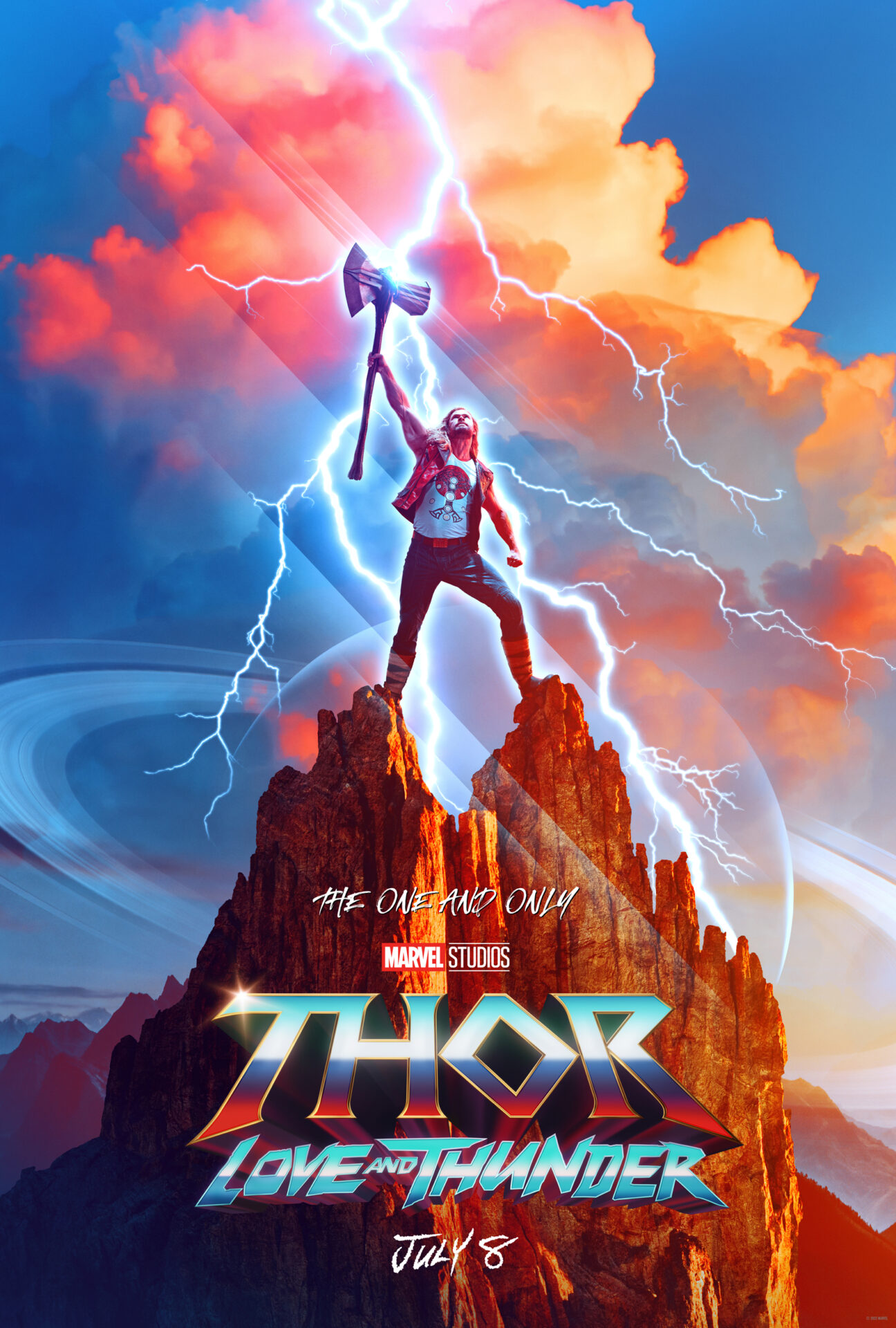 He then proceeded to describe the movie as a “midlife crisis film” explaining, “That’s the question we ask everyone: Are we doing the right thing, and are we doing all we can in the world?”

“I think right now, while the world is still healing from this pandemic, it’s a good question to ask,” the director asserts. “It’s like, well, are we doing enough to look after each other and to look after ourselves?” 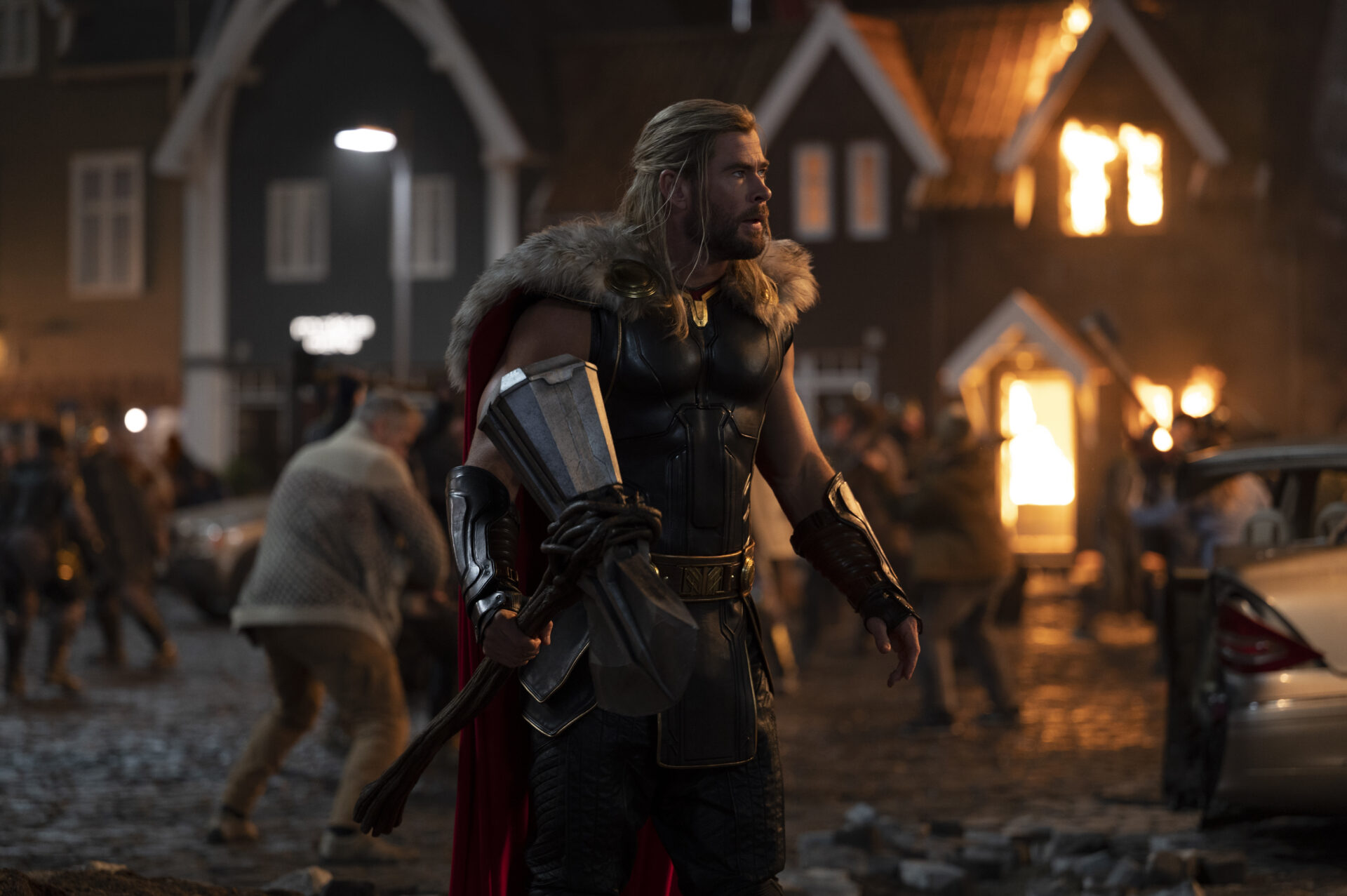 This “midlife crisis” of asking what your purpose is and your reason for being a hero might be new ground for Waititi at the helm of Thor, but that was one of the primary themes of the first Thor film.

In that film, Thor’s arrogance, brashness, and pride are his undoing as he seeks to provoke a war with Jotunheim in order for them to fear him. His actions, orchestrated in the background through Loki’s deceptions, almost end up having him start an interplanetary war.

While Odin puts a stop to the conflict, he does punish Thor by casting him out of Asgard and stripping him of Mjolnir and the powers the hammer bestows. 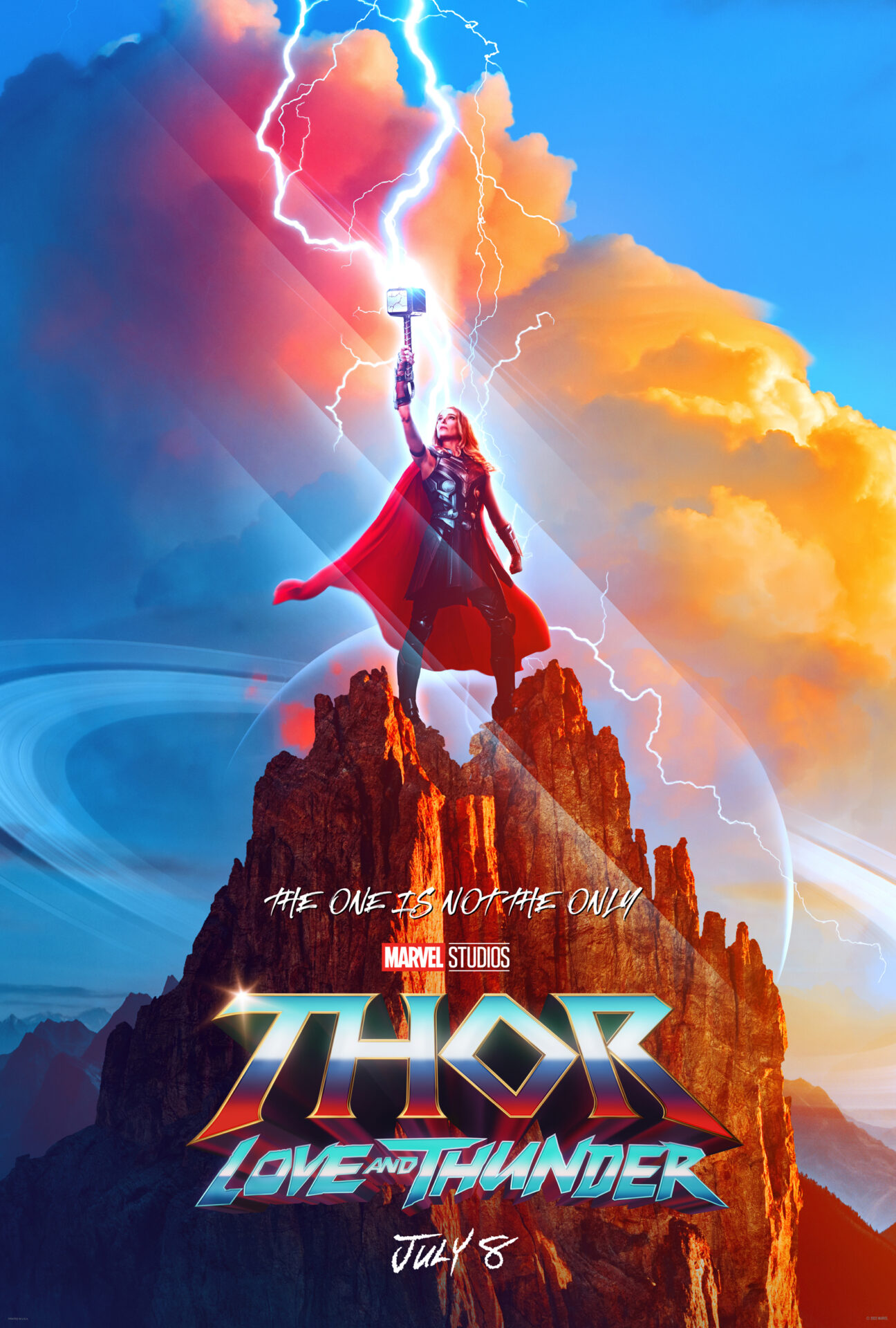 As Thor goes on his hero’s journey, he learns about love, sacrifice, and duty. It’s these lessons that he learns while on earth or Midgard that and actually putting them into practice in his battle against the Destroyer that he proves that he’s once again worthy of wielding Mjolnir.

In fact, at the end of the film, Odin recognizes the change in his son telling him, “You will be a wise king.”

Thor’s response also shows his character’s evolution as he replies, “There will never be a wiser king than. Or a better father. I have much to learn. I know that now. Someday, perhaps I shall make you proud.”

By the end of the first film, Thor knows what his purpose is and why he is a hero. He also has a strong moral code — knowing what is right and wrong. 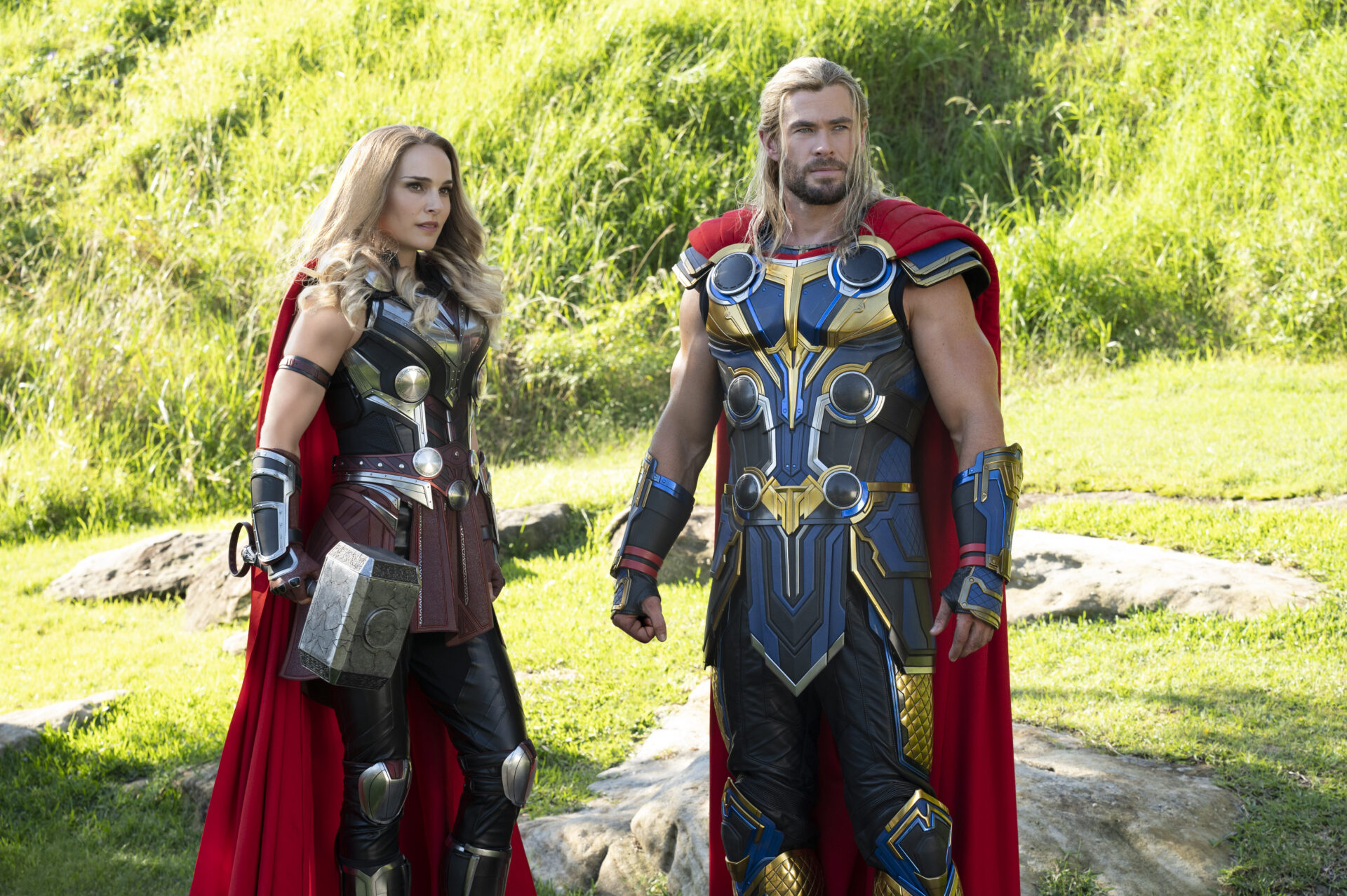 So to apply those questions to Thor doesn’t really make sense, but if the first trailer is any indication of what his character arc will look like it definitely appears that they will be going that way.

Those questions are more apt for Jane Foster, Valkyrie, and possibly Christian Bale’s Gorr the God Butcher, and Russell Crowe’s Zeus. Characters that we haven’t seen previously learn these lessons or really have internal examinations of their characters.

“But Thor’s retirement is interrupted by a galactic killer known as Gorr the God Butcher (Christian Bale), who seeks the extinction of the gods. To combat the threat, Thor enlists the help of King Valkyrie (Tessa Thompson), Korg (Taika Waititi) and ex-girlfriend Jane Foster (Natalie Portman), who – to Thor’s surprise – inexplicably wields his magical hammer, Mjolnir, as the Mighty Thor,” it continues.

The description concludes, “Together, they embark upon a harrowing cosmic adventure to uncover the mystery of the God Butcher’s vengeance and stop him before it’s too late.”

What do you make of Taika Waititi’s description of the film as a midlife crisis? What about the idea that he wanted it to be the least expected thing with this franchise?