It’s pretty hard to find a modern television show for kids that doesn’t feature a former heroin addict, an alcoholic ex-girlfriend of Justin Bieber, or a newly introduced transgender child that will satisfy the malevolent god known as Sarah Kate Ellis. 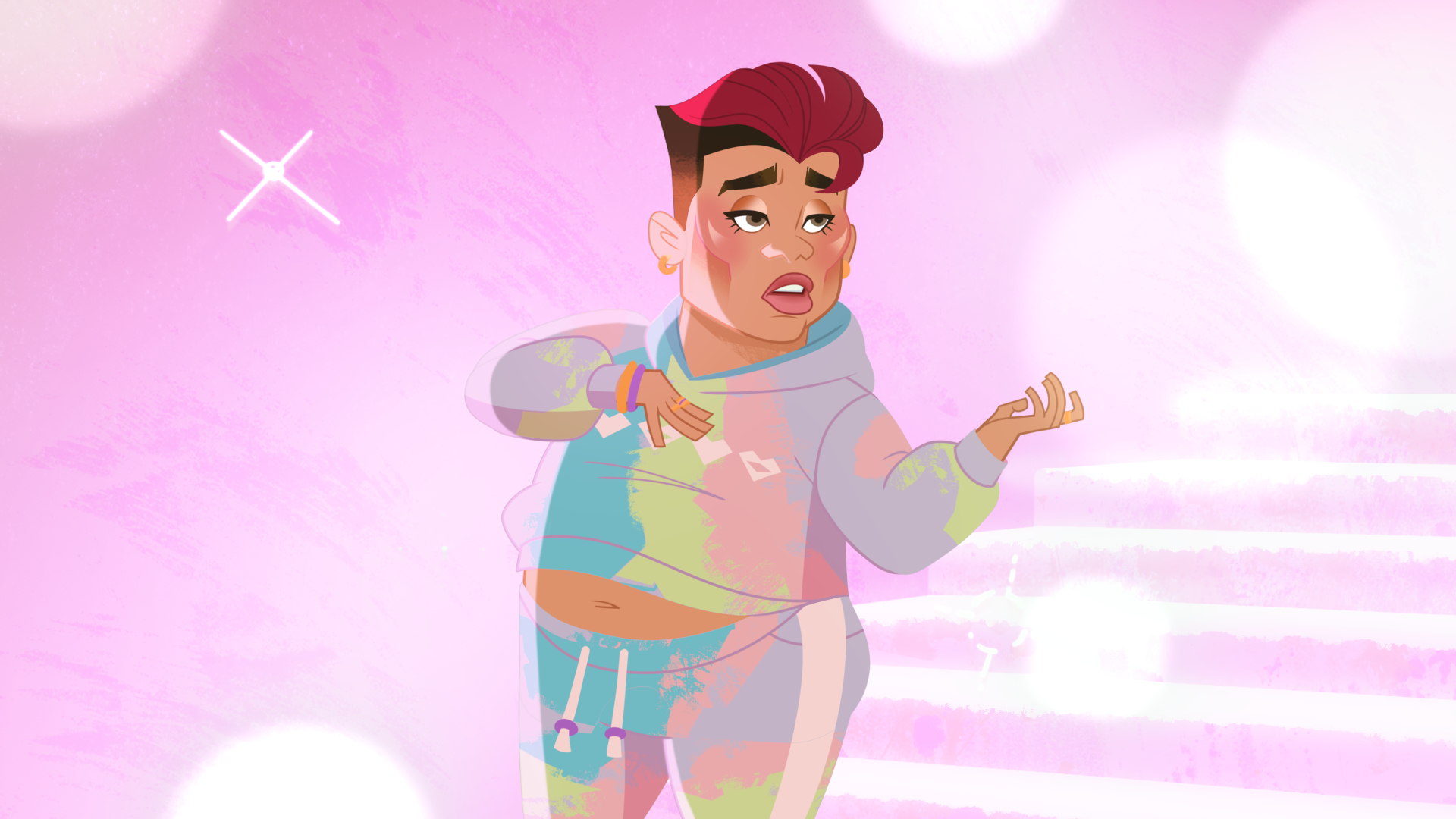 Following their public feud with Governor Ron DeSantis over Florida’s Parental Rights in Education Act, The Walt Disney Company executives are promising to put more focus on LGBTQ content in future programming targeted at children with other major networks such as Paramount and WarnerMedia to follow suit.

In an age of child drag queens, non-binary cartoons, and sitcoms written for the mentally handicapped, one of the biggest entertainment-related questions over 2022 is, what happened to entertainment for kids? 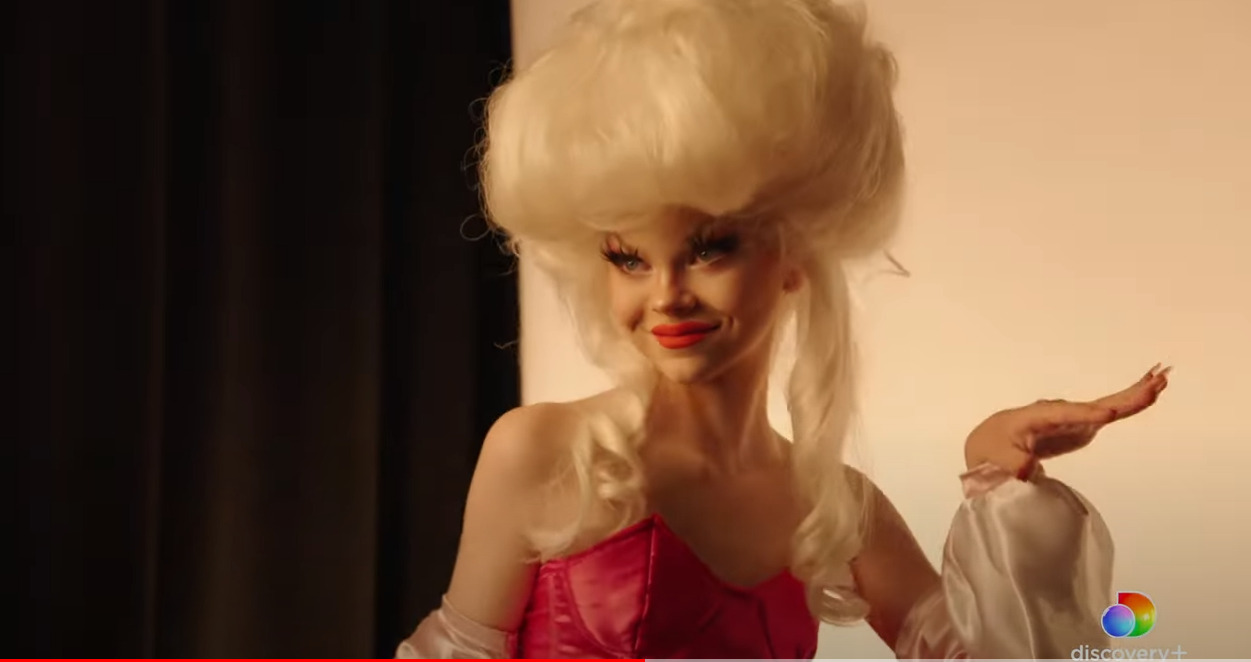 This may be difficult for people born after 9/11 to understand but television wasn’t always like this. There used to be a time in this country when the same networks we look down upon today created some of the best shows of our childhood. But those shows have become relics of the past. That style of entertainment no longer exists and if it does, it is nowhere near as mainstream as it used to be because the agenda of multinational corporations has changed.

Fun hasn’t changed, kids still want to have fun, we just aren’t producing it for them. What are kids of today missing that kids from an older generation enjoyed for years? We haven’t lost the ability to produce great entertainment for kids, we have simply lost the drive to create it.

The early days of cable television gave birth to a wave of creativity as networks needed content to build loyal fanbases. But unlike the current era of streaming, writers and showrunners in the 90s were good at captivating an audience.

In the summer of 1998, Disney Channel rebranded itself to compete with rival children’s networks Nickelodeon and Cartoon Network. This led to the creation of numerous live-action shows aimed at a young teenage audience. 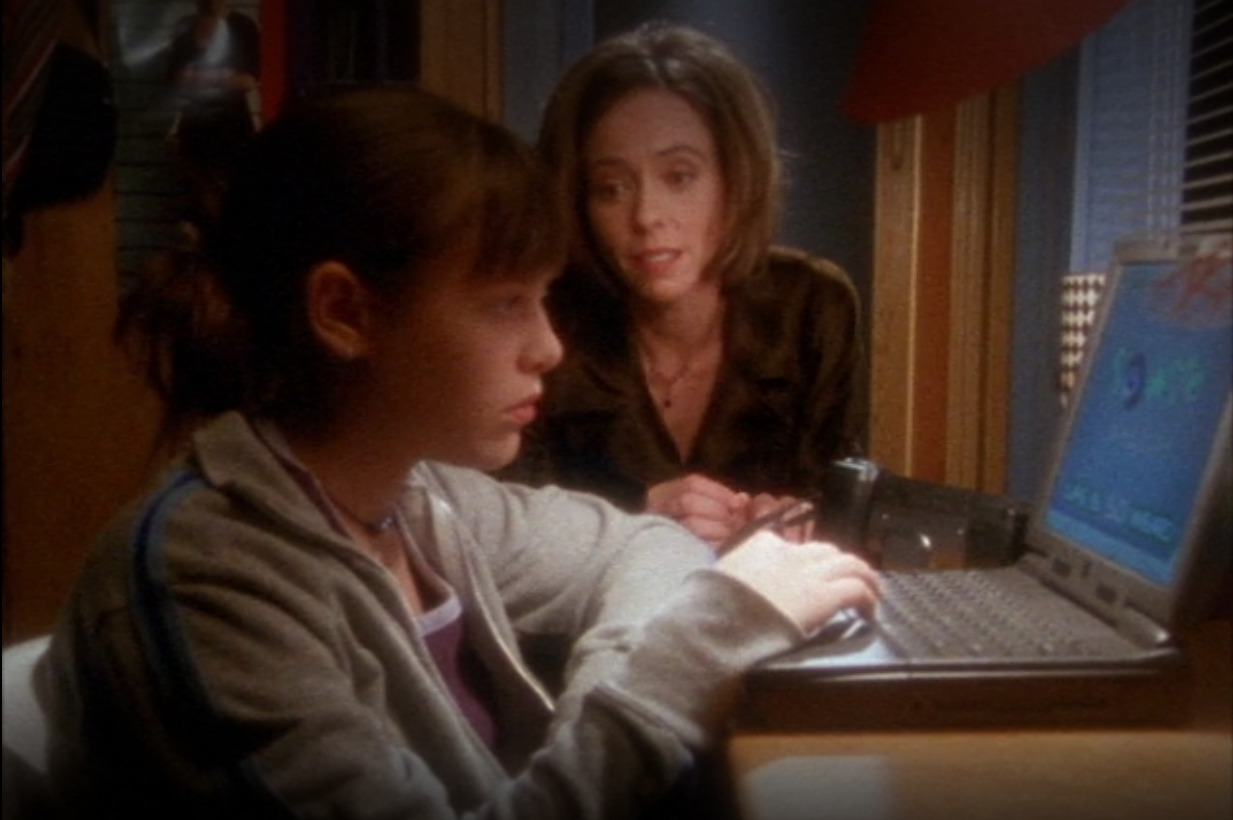 1998 saw the creation of one of those shows called “So Weird,” a drama about a 14-year-old girl named Fiona who would travel with her musician mother played by Molly Philips as she dealt with paranormal phenomenons across small towns in America.

“So Weird” was a very unique show for its time. For many kids, it was their introduction to the world of sci-fi and horror but the reason it stands the test of time is because the showrunners didn’t treat their audiences like children when it comes to their material.

A year later, Disney introduced another standout show called “The Jersey.” A show about a group of teens who watched Monday Night Football together and jumped into the bodies of famous sports athletes so that they could play the game themselves.

A show that mirrored the time when kids were into extreme sports, gridiron football, and outdoor activity explain why Disney has kept this show in the vault since 2003.

When was the last time you saw a children’s show that wasn’t a sitcom? When was the last time you watched one that didn’t have a laugh track? Live-action programming for kids is no longer a priority for networks as these types of programs have been discontinued due to cost-cutting measures. In the past, they were known for being a great first step to introduce younger fans to more mature programming that they would love as adults.

When networks were playing with house money, it led to the creation of multiple groundbreaking shows.

A genre that used to be groundbreaking at one point was considered oversaturated by the 2010s. However,  the supply of informative entertainment has quickly gone dry leading to the second thing that modern entertainment needs to be great again.

Some of you may read this and think I’m advocating for a children’s version of Jersey Shore…absolutely not.

Reality television has become a part of our culture for better or worse and most of the time it is worse. However, there is a form of reality based television out there that would be very beneficial to the younger generation and that is factual television.

But we aren’t talking about creating shows for the sake of drama and fighting. Factual television is a model that has been perfected by networks such as Discovery channel and HGTV. Adults love to see houses get remodeled, cars being built, and they love taking trips to flavor town.

This form of entertainment would be great for kids to get them to embrace community and traditional Americana. If you look at a show like Diners, Drive-Ins and Dives, the draw is being able to visit different parts of the country (and sometimes the world) come together and tell their stories through food. It’s a great travel show, an educational show, and a great show for foodies as well as families.

This type of programming used to be more prevalent in Saturday morning programming, but networks began to move away from this kind of entertainment in an attempt to compete with Disney Channel and Nickelodeon. The problem is that even those networks have moved away from factual television leaving a major hole in programming that hasn’t been filled by a mainstream competitor. 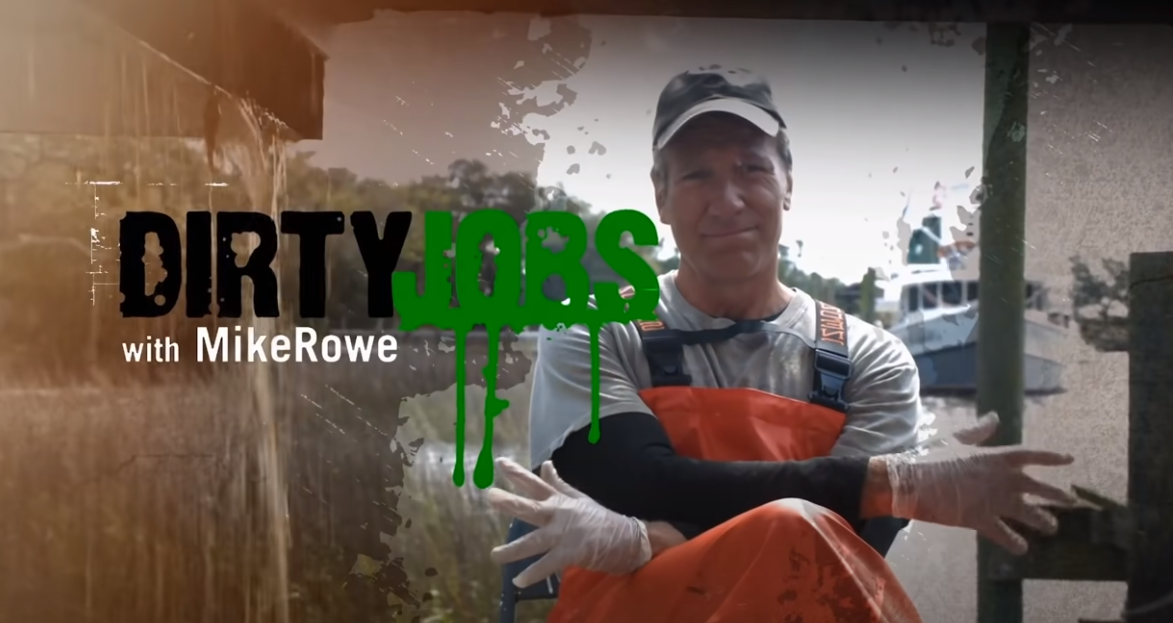 In an age where kids do nothing but consume content, we should be doing more to create content that inspires the next generation. We live in a country that is rapidly running out of people who are useful at trades. A refocus on factual reality television would be both entertaining and informative, not to mention the potential long term benefits on educating our children in fields that will be beneficial for them in their later years.

There is no doubt about the popularity and effectiveness of reality based content, which brings us to our last genre on the list. It is one that we all grew up loving but it almost nonexistent in modern times. We all love good ole fashion competition so let’s bring back game shows. 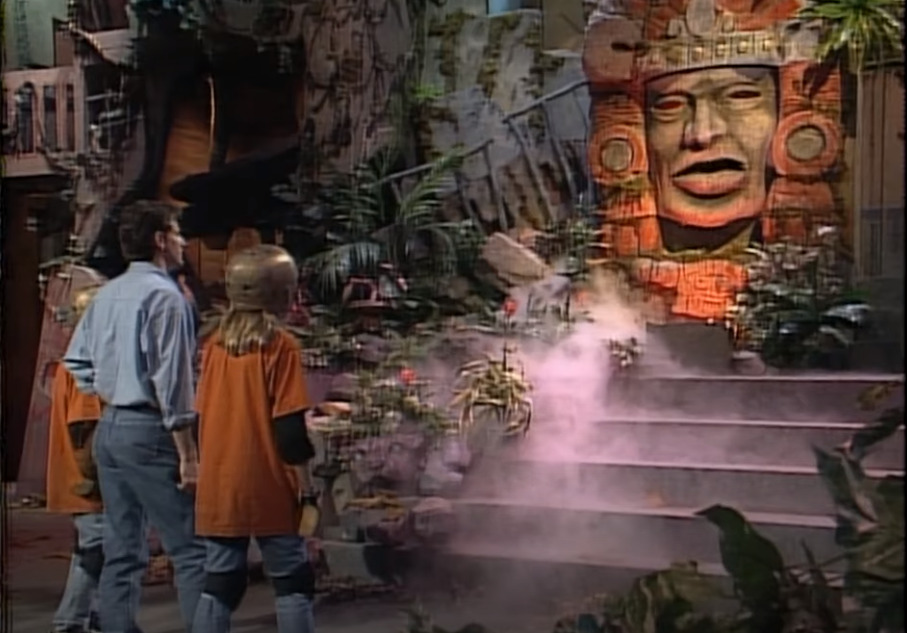 Source: Legends of the Hidden Temple

The early 1990s saw a resurgence of game shows aimed at younger audiences. The popularity of these shows showcased a vastly different America then today. An America that grew up wearing shoulder pads, shoes that lit up with every step, and thought a super soaker with a backpack was the coolest innovation to date.

The game shows ranged from Family Double Dare to Figure It Out but the two standouts were Legends of The Hidden Temple and Guts. Who didn’t want to compete in an obstacle course on national television for a chance to go to Space Camp or wherever the hell Bora Bora is?

Nickelodeon game shows set the bar for what was fun and cool. For Nickelodeon, the shows were a tool to drive tourism to Orlando Studios but for its audiences the shows were a reflection of the culture of its time. But it all changed when the network moved its operation from Orlando to Burbank, California.

When the 90s ended so did the game shows and thus an entire genre of kids entertainment went up in flames. The attempts to revive their game shows over the last 20+ years have had the impact of a wet fart and ultimately the network moved on to sitcom style shows as their bread and butter.

Legends of the Hidden Temple did have a revival in 2021 but the show featured adults instead of children and watching a bunch of balding 40 year old men revive their fantasy they never got to act on 25 years ago wasn’t going to put any butts in seats. 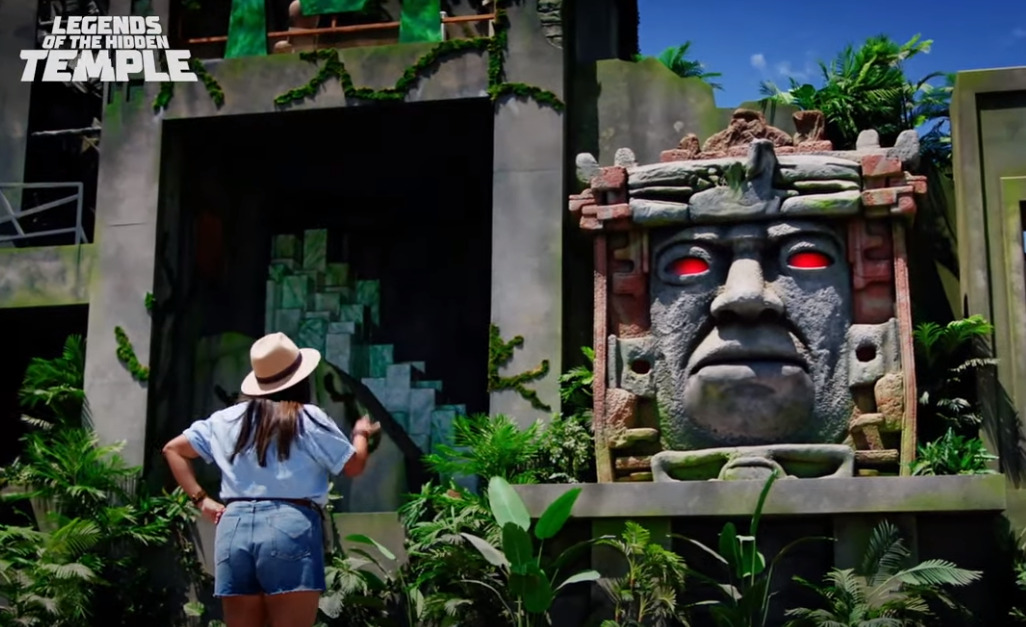 Source: Legends of the Hidden Temple

You would think in an age where eSports are at an all time height in popularity that someone would jump at the opportunity to create game related content that fits the competitive niche while serving the entertainment need for kids.

In 2022, networks are looking at a new era of children’s entertainment to indoctrinate kids rather than entertain them. Anyone who is holding their breath for the likes of Disney or Warner Bros. Discovery to provide wholesome fun entertainment is suffocating themselves.

The modern TV networks are living off of the legacy they established over 2 decades ago and when they try something new you get things like Steven Universe which only the absolute dregs of society enjoy. 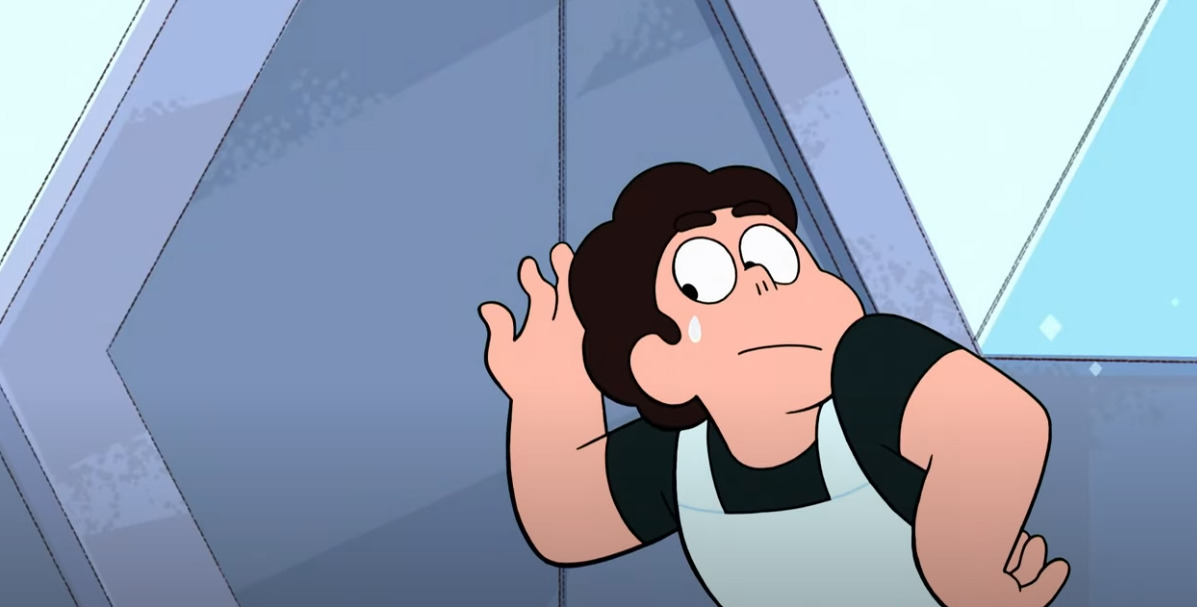 If we are ever going to recapture entertainment and turn the clock back to what once made society great, independent creators are going to need to step up and fill the gaps left by the multinational corporations.

If new creators are looking to renew the arena of children’s entertainment, perhaps they should start by bringing back the missing pillars of entertainment that defined a generation and could be the tool that guides the next.