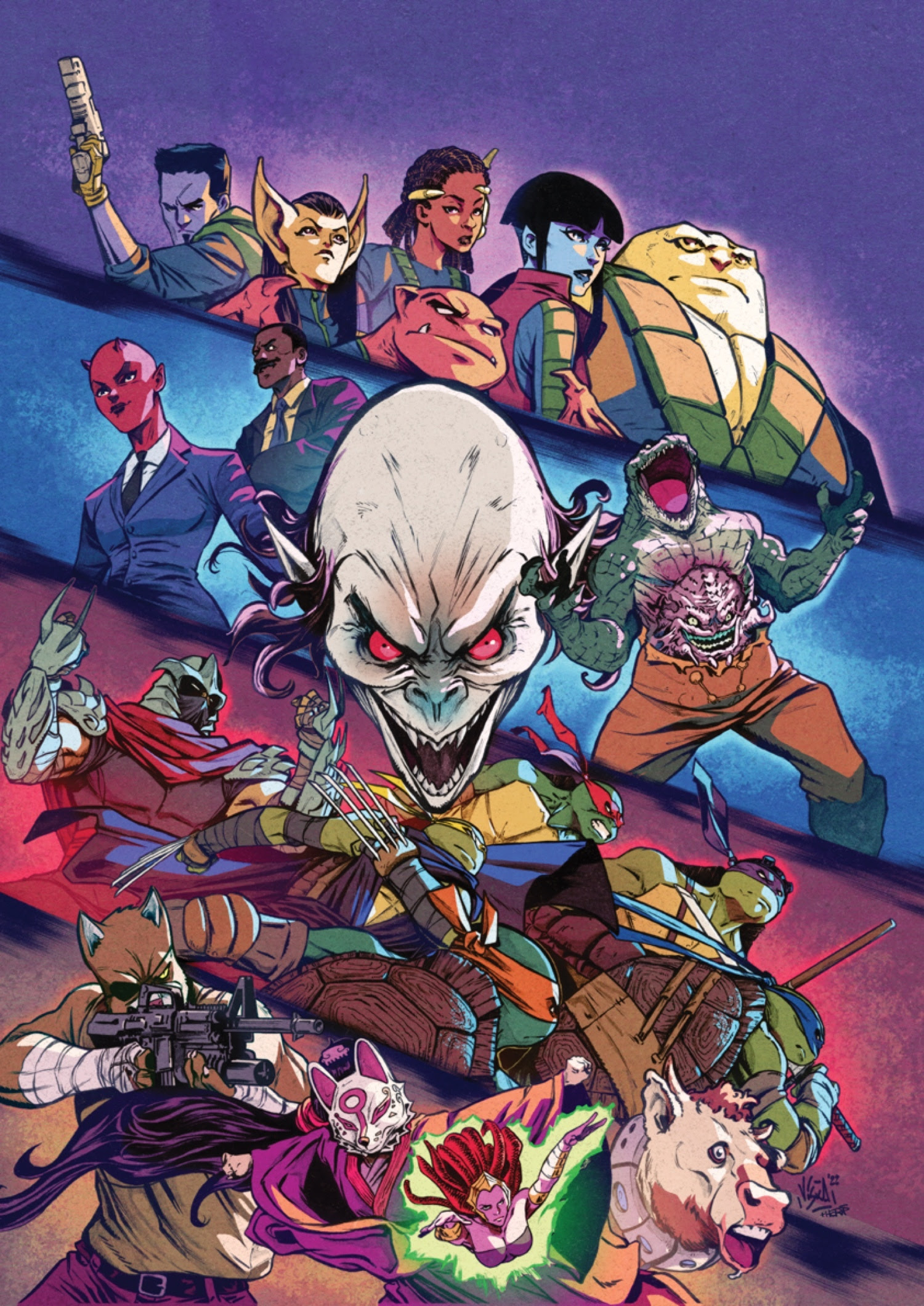 In a press release, IDW Publishing detailed the series will be penned by Tom Waltz and illustrated by Vincenzo Federici. It set for release in August.

The official synopsis states, “In The Armageddon Game, the Turtles—under the leadership of the Shredder—begin a dangerous quest to seek out allies against Rat King’s trio of terror: LeatherKrang, Baxter Stockman, and Madame Null.”

“It’s a mission that will see our heroes spread out across New York City…and across multiple dimensions! But they’d better hurry because their enemies are already on the march, and with the Turtles absent, Mutant Town is ripe for false flag attacks, mysterious new villains, and unexpected alliances,” the synopsis continues.

It concludes, “The time has come at last to find out who is playing the game…and who is being played!” 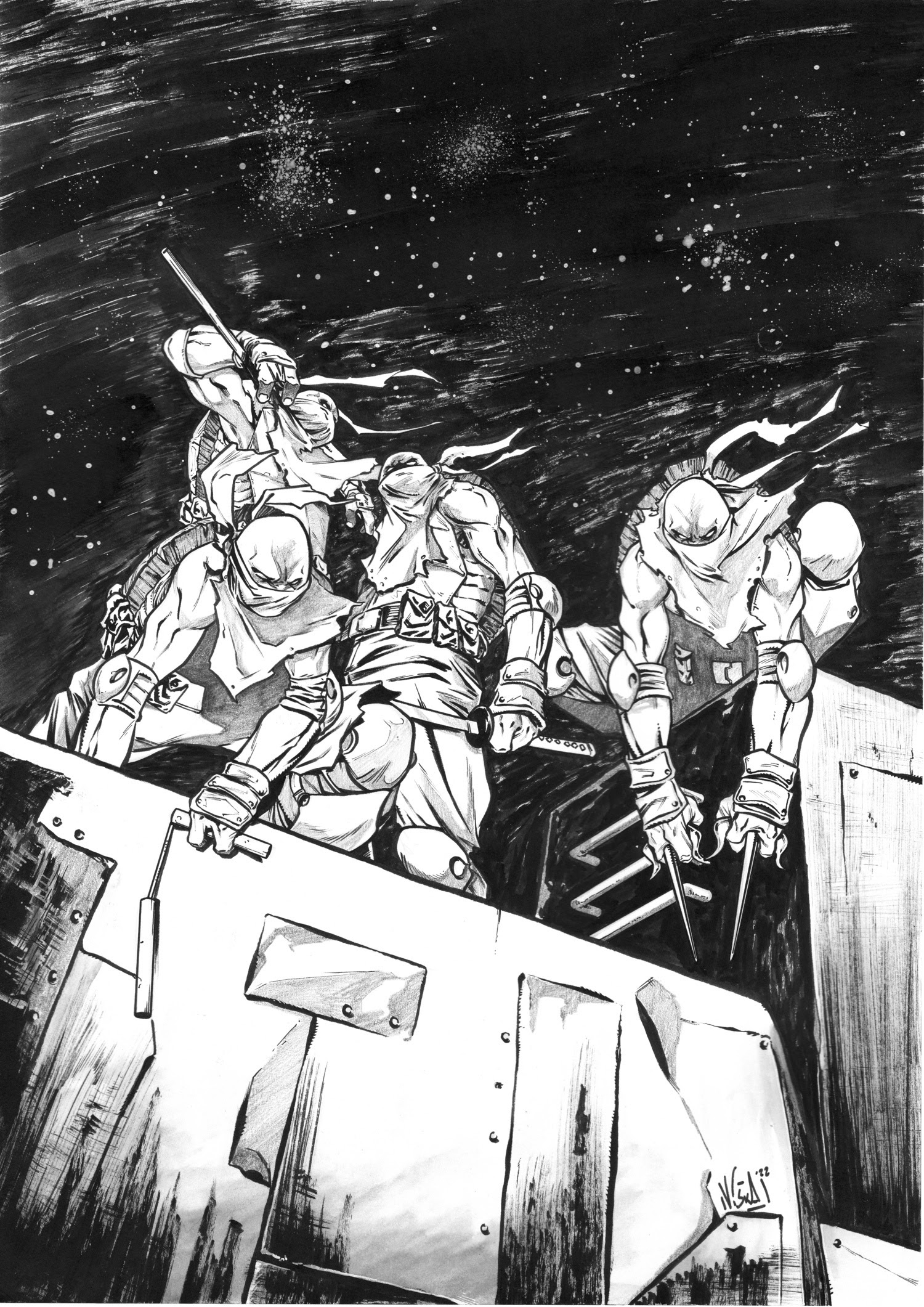 Waltz teased the story saying, “It’s an absolute honor and privilege to return to IDW’s main TMNT continuity, and to have the opportunity to do it as the creative lead on a huge multilayered event like The Armageddon Game (which has been bouncing around in my brain ever since I stepped away after issue #100) is the veritable icing on the cake.”

He added, “I can’t wait for fans to see what we’ve been cooking up. We’ve got a big story to tell and some amazing collaborators joining us in the telling. Let the games begin!” 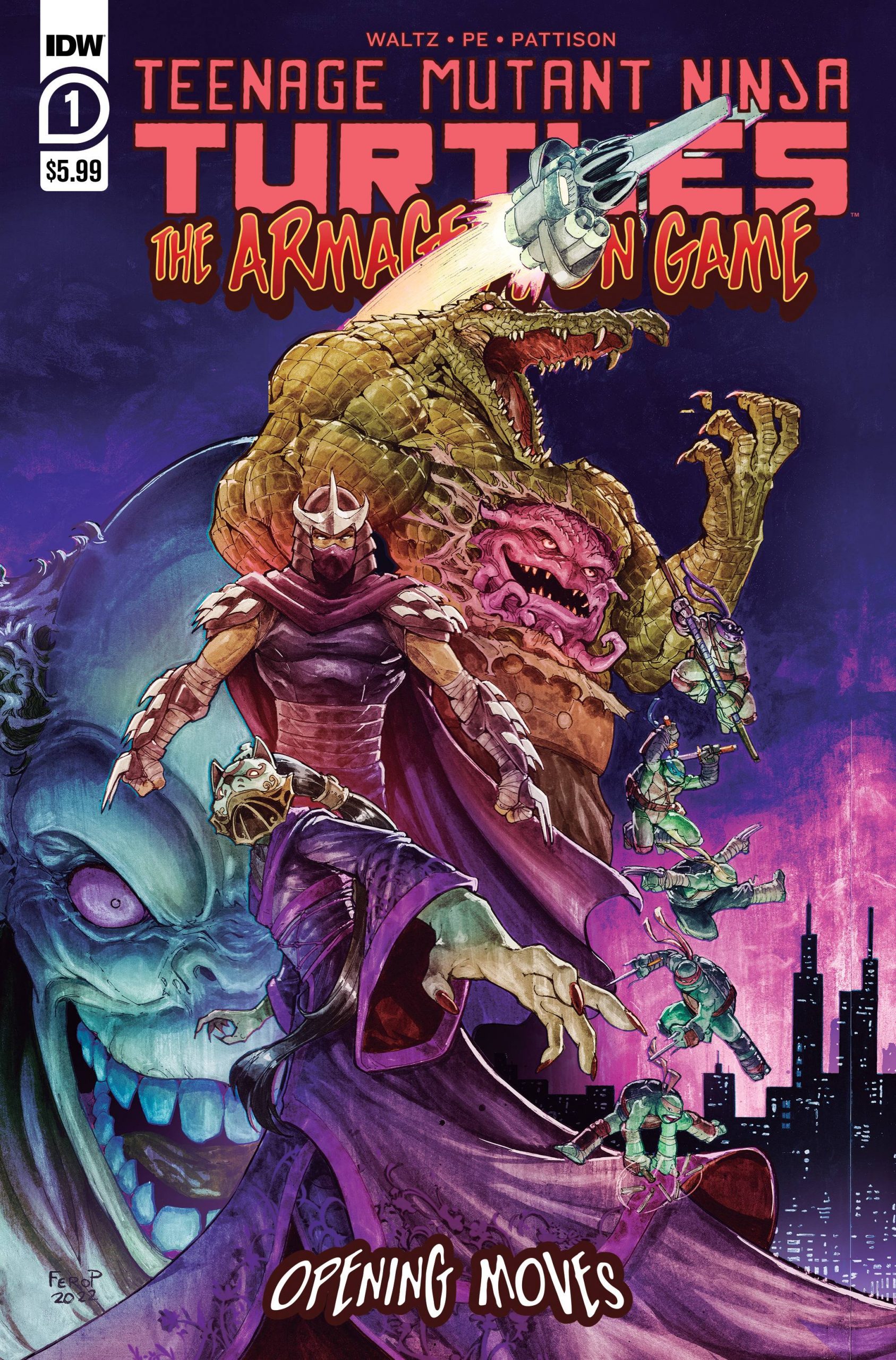 Federici also said, “When I was seven, I decided that I would become a comic book artist when I grew up…and the credit for that decision goes to TMNT. I was obsessed with them and still am.”

“My personal vision of TMNT is forged in the television series and films of the ’80s and ’90s, but I also take inspiration from those who have worked on the IDW series from the beginning, such as Mateus Santolouco or Sophie Campbell,” he concluded. “In the tradition of those great artists, I’ll be giving my very best effort for this series. Readers will be delighted!” 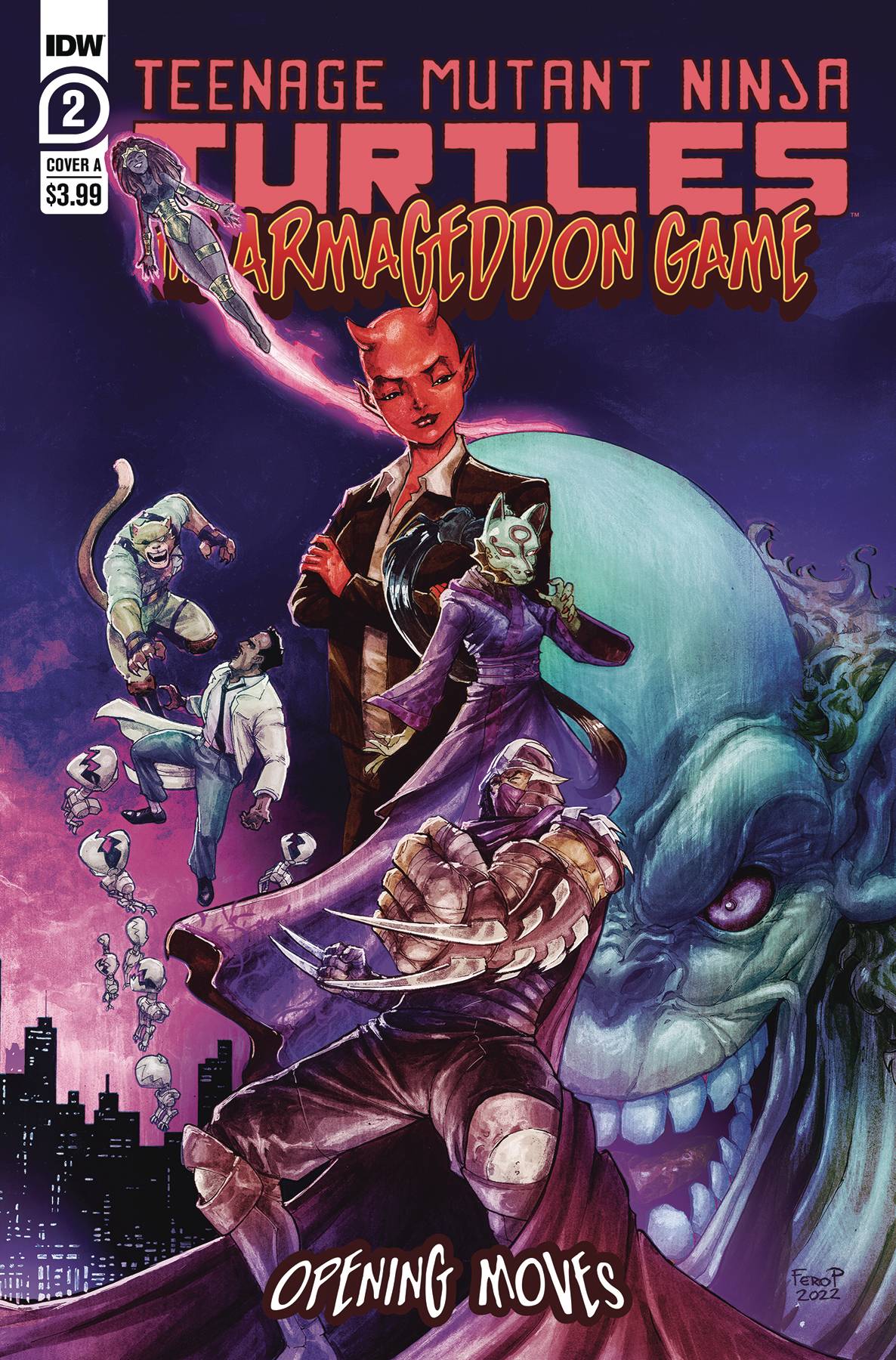 Series senior editor Charles Beacham also noted, “This story is going to be huge! There are a ton of players (and more than a few surprises), and honestly, this is just the start.”

“When we reach the end of this saga, it will mark the beginning of a whole new era for the Teenage Mutant Ninja Turtles. Whether you’re a lifelong fan of TMNT or brand-new to the party, The Armageddon Game is not to be missed,” he detailed. 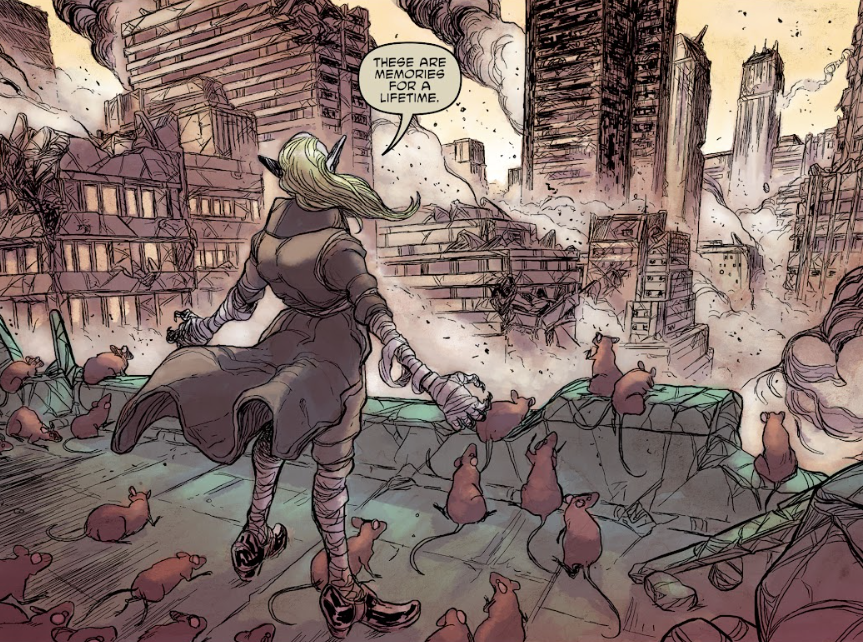 They previously published Teenage Mutant Turtles: The Armageddon Game – Pre-Game in April with the official synopsis stating, “Catch up on all the essential backstory with this special-edition reprinting the TMNT Annuals from 2020 and 2021! The Rat King’s diabolical plan and its even more fiendish players are all assembled right here!” 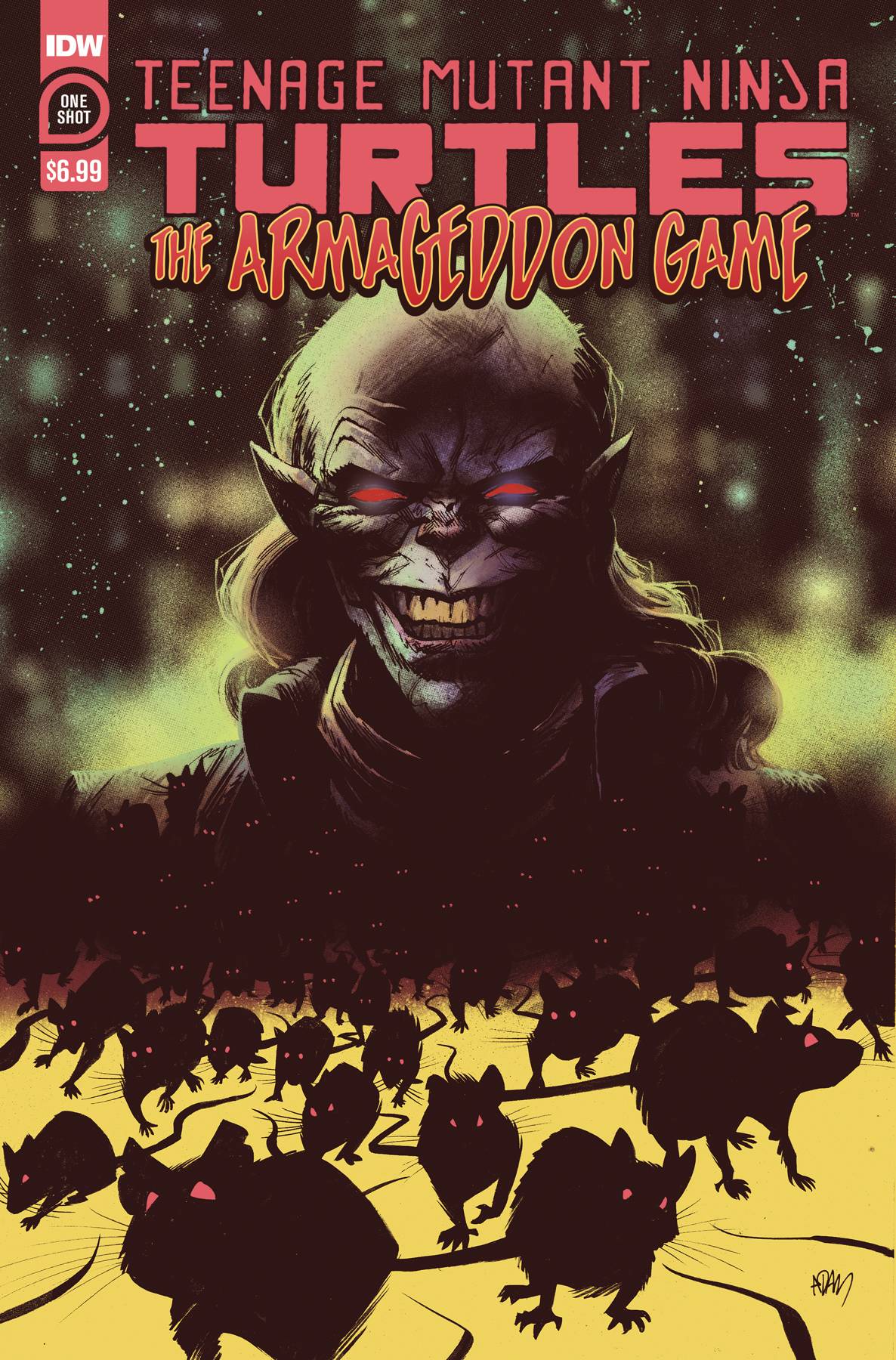 The first issue of the main event series will feature two variant covers by Federici and TMNT co-creator Kevin Eastman. There will also be a third retailer incentive cover by Pasquale Qualano.

Do you plan on checking out this new TMNT event series?