If it weren’t already clear from simply watching any amount of or reading any of our coverage on what may be one of the greatest insults in the history of video game adaptations, Master Chief actor Pablo Schreiber has revealed that the production team behind the Halo television series cared so little for the actual source material that they approached the beloved military sci-fi franchise with the intention of “subverting expectations.” 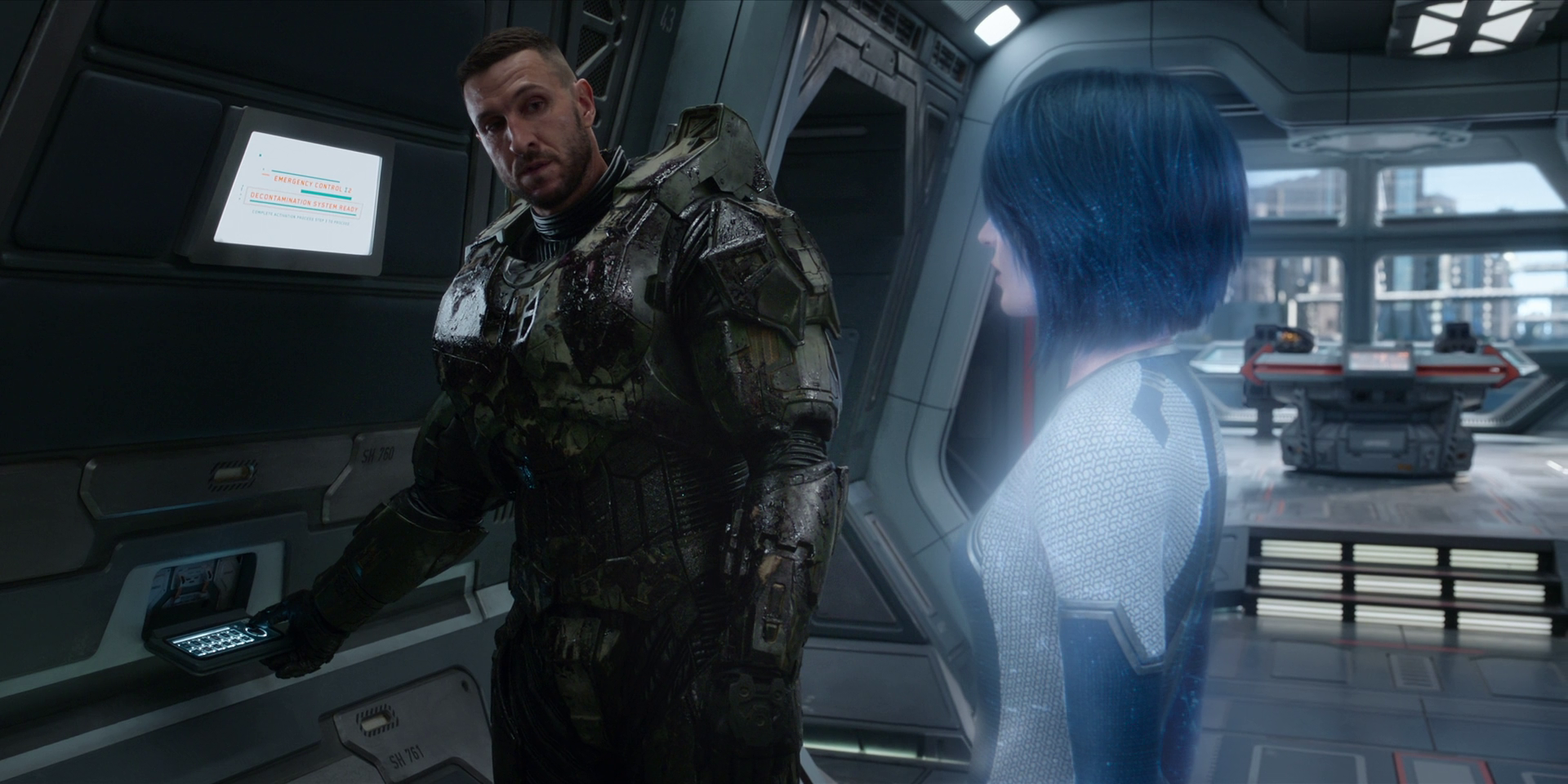 RELATED: Halo Co-Creator “Confused By Many Of The Choices” Made In Paramount Plus Live-Action Adaptation: “Not The Halo I Made”

Schreiber provided his insights into the first season of Paramount Plus’ live-action abomination during a recent interview with Deadline reporter Dominic Patten for the trade news outlet’s Hero Nation podcast.

Delving straight into the conversation at the opening of the show, Patten first inquired as to how Schreiber felt about the “progression” of Master Chief from disciplined soldier to Cortana-controlled corpse across Halo’s first season, to which the actor replied, “It was very interesting.” 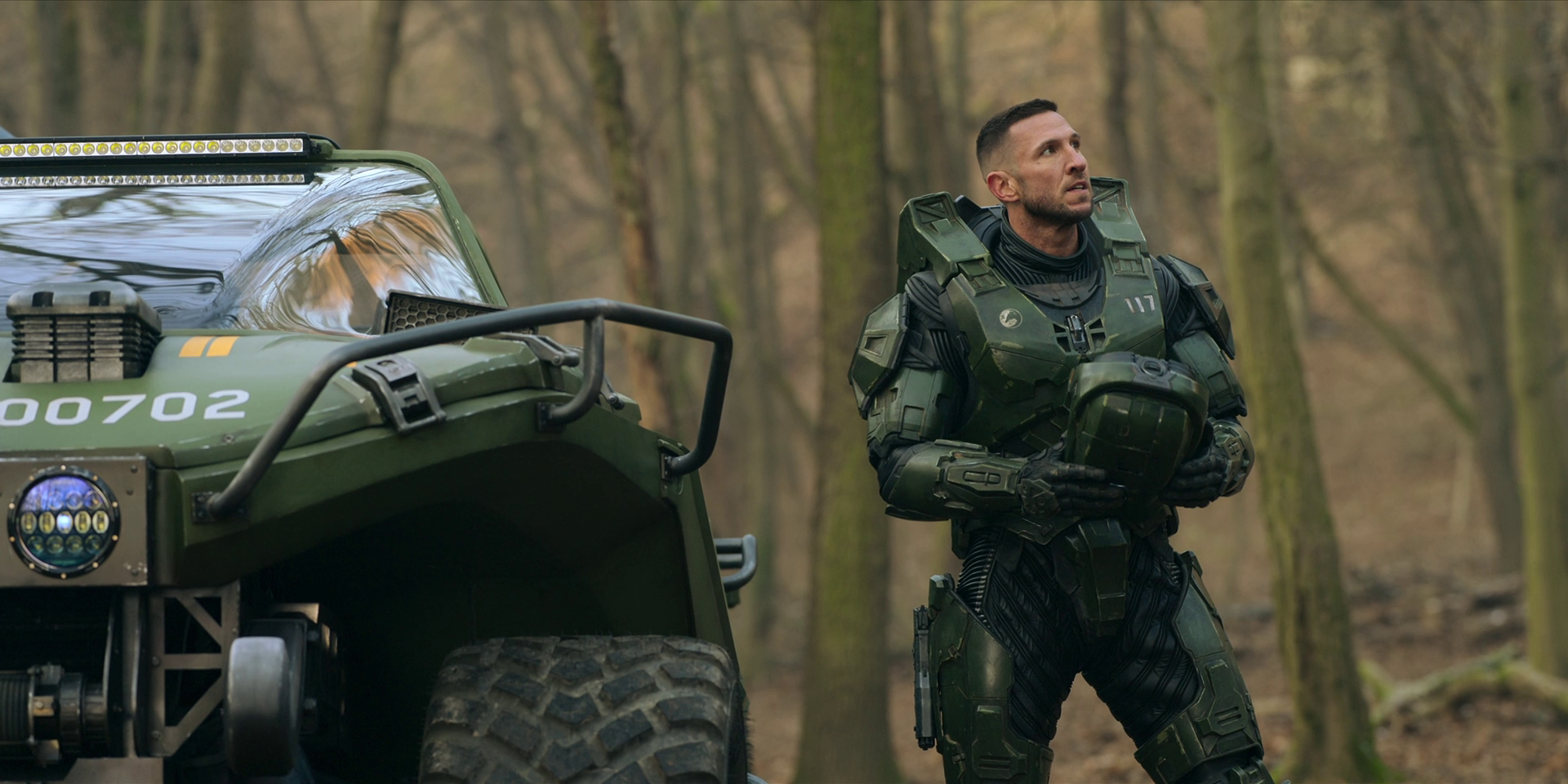 “Because obviously if you’re playing a first person shooter, your relationship to him is quite different than that of an audience member of a major television show, right?” he elaborated in follow-up. “So the process of the first season was attempting to humanize this character that had never been humanized before.”

“So, to that end, we put him in a situation where his memory’s been erased, he’s got these emotional pellets that inhibit him from his emotional life that he takes out from the beginning and it’s a process of him discovering his humanity for the first time,” he continued. 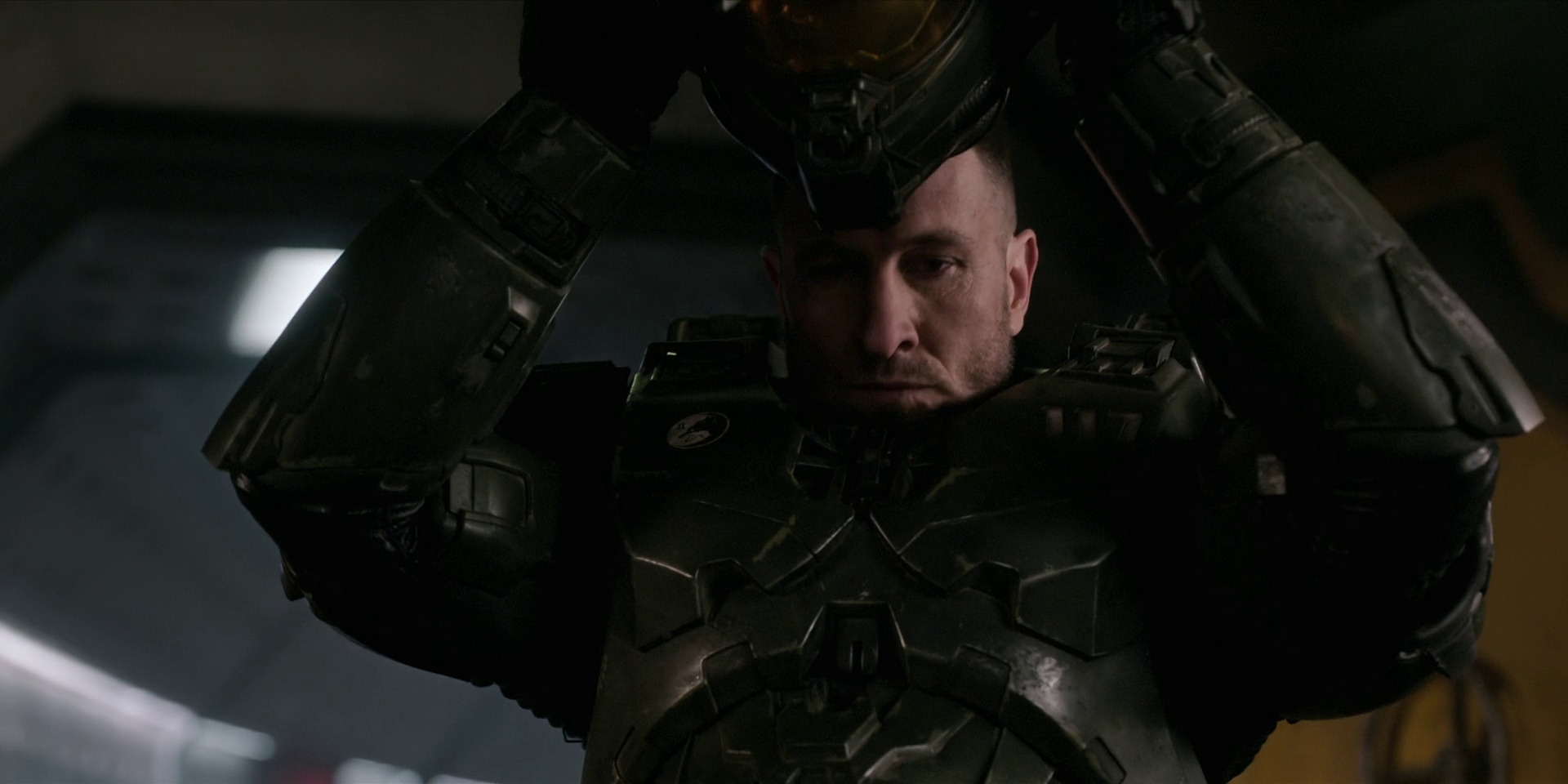 Patten then turned to ask Schreiber for his thoughts on bringing to life a series described by the podcast host as an “unfilmable” property – a reference to how numerous studios failed in bringing the franchise to Hollywood for reasons ranging from writers finding it difficult to translate the story of the original games to screen to Microsoft demanding far too big of a cut of a potential Halo film’s profits.

“It’s a first person shooter, so you’re not meant to know him,” Schreiber told Patten. “You’re meant to fill in all the subtleties and aspects of his personality with your own. That’s the way the character’s designed, so, that’s the big challenge of turning that IP into a television show.” 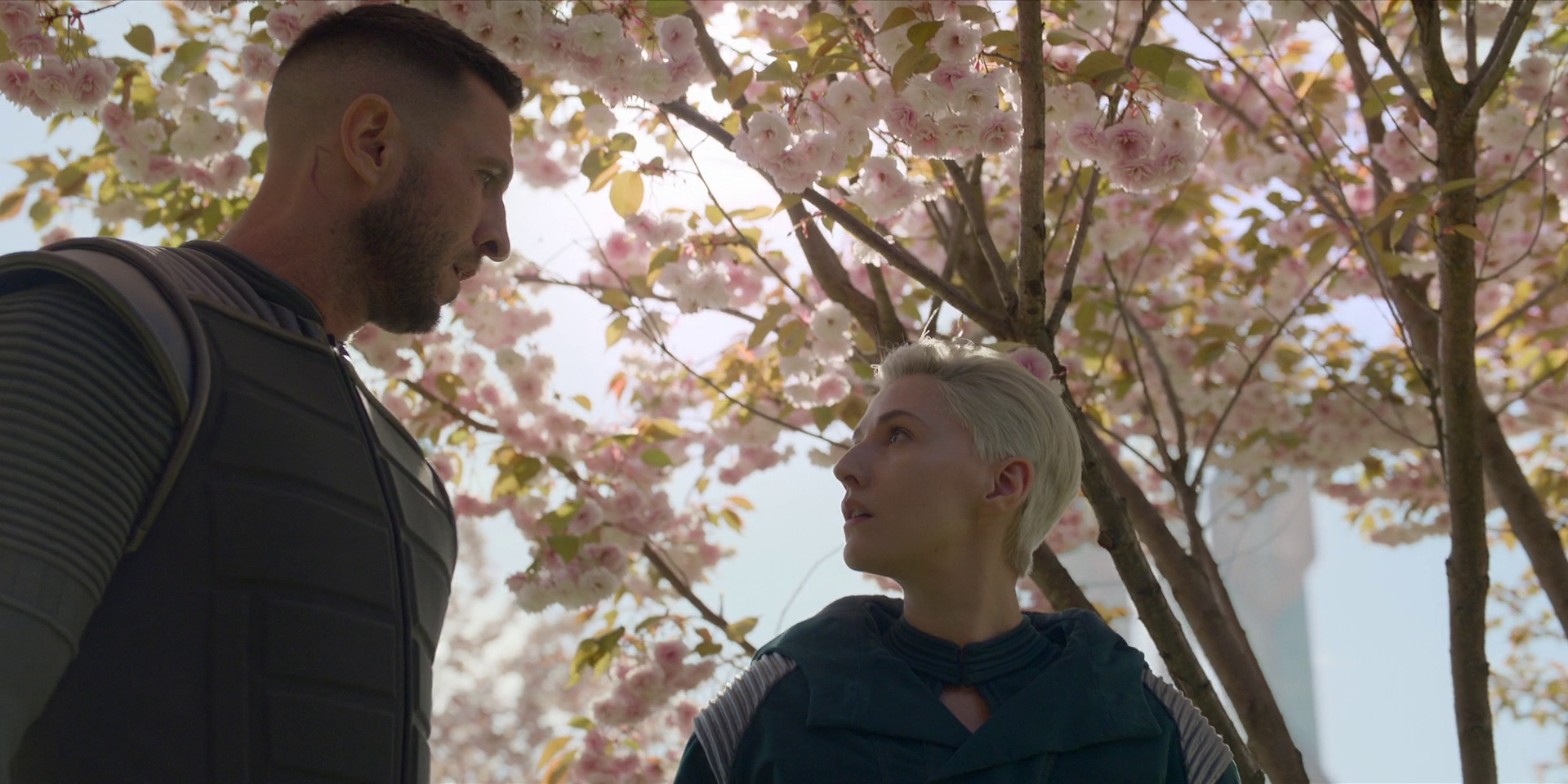 “You have to create a character, a protagonist, that the audience will go along with, rather than filling in the details of that character with their own personality,” he attempted to reason.

It should be noted that the Spartan has had a defined character and consistent character ever since he received an extensive backstory in the Fall of Reach, a prequel novel whose publication preceded the November 2001 release of the first game, Halo: Combat Evolved. 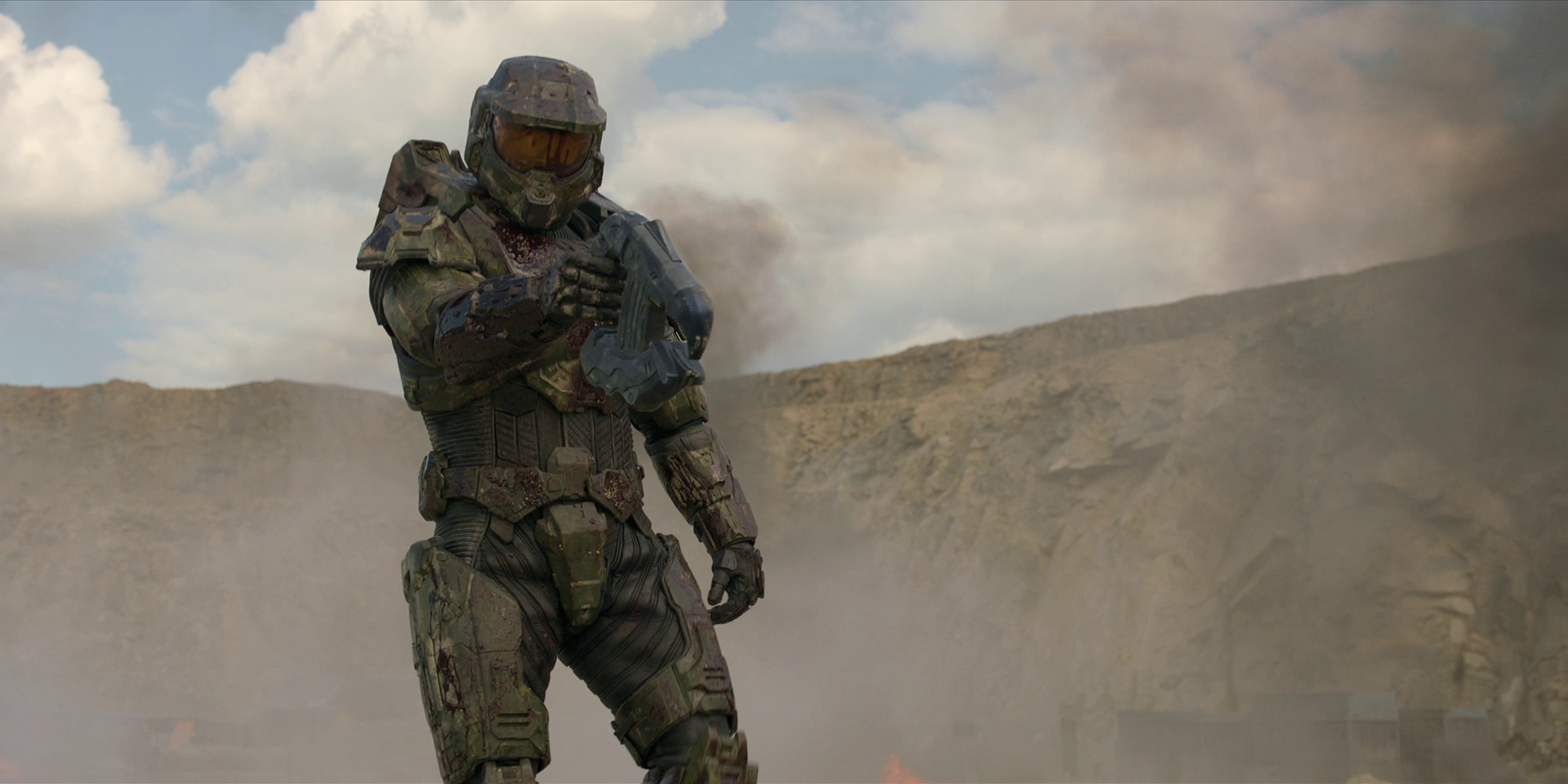 Schreiber then declared, “Ultimately, for me, my goal is to make really good art, right? So I don’t want to just make a massive video game adaptation, or a really cool and interesting sci-fi show, I want, ultimately, to make a television show that can fit into the landscape of ‘great TV,’ of all the great TV that’s out there.”

He added, “I want to be pushing this thing to its greatest potential at every moment I can. Everyday I go to work, I’m stuck on trying to make it the best it can be. Every single day.”

Moving to the specific topic of the Master Chief himself, Patten inquired as to the actor’s mindset in embodying the hero, asking, “How do you discover this character? In terms of how he is, who he is and what you think he’s going to be?”

“In terms of working on the character and my process of it, I think a huge part of the research and all that was figuring out who this guy was in popular character,” recounted Schreiber. “What it is he represents, what are the expectations that people are going to have coming in, and how can we simultaneously fulfill those expectations, but more importantly, subvert those expectations.”

“Especially when it’s a character like this, where it’s established and it’s a guy who pretty much stays the same across the long haul of the mainline Halo games,” he added. “There’s definitely a character arc, there’s some development, but for the most part, he is what you get because he is created as an avatar for the gamer and you can’t have this major revealing of who it is so that the game feels like they’re him.” 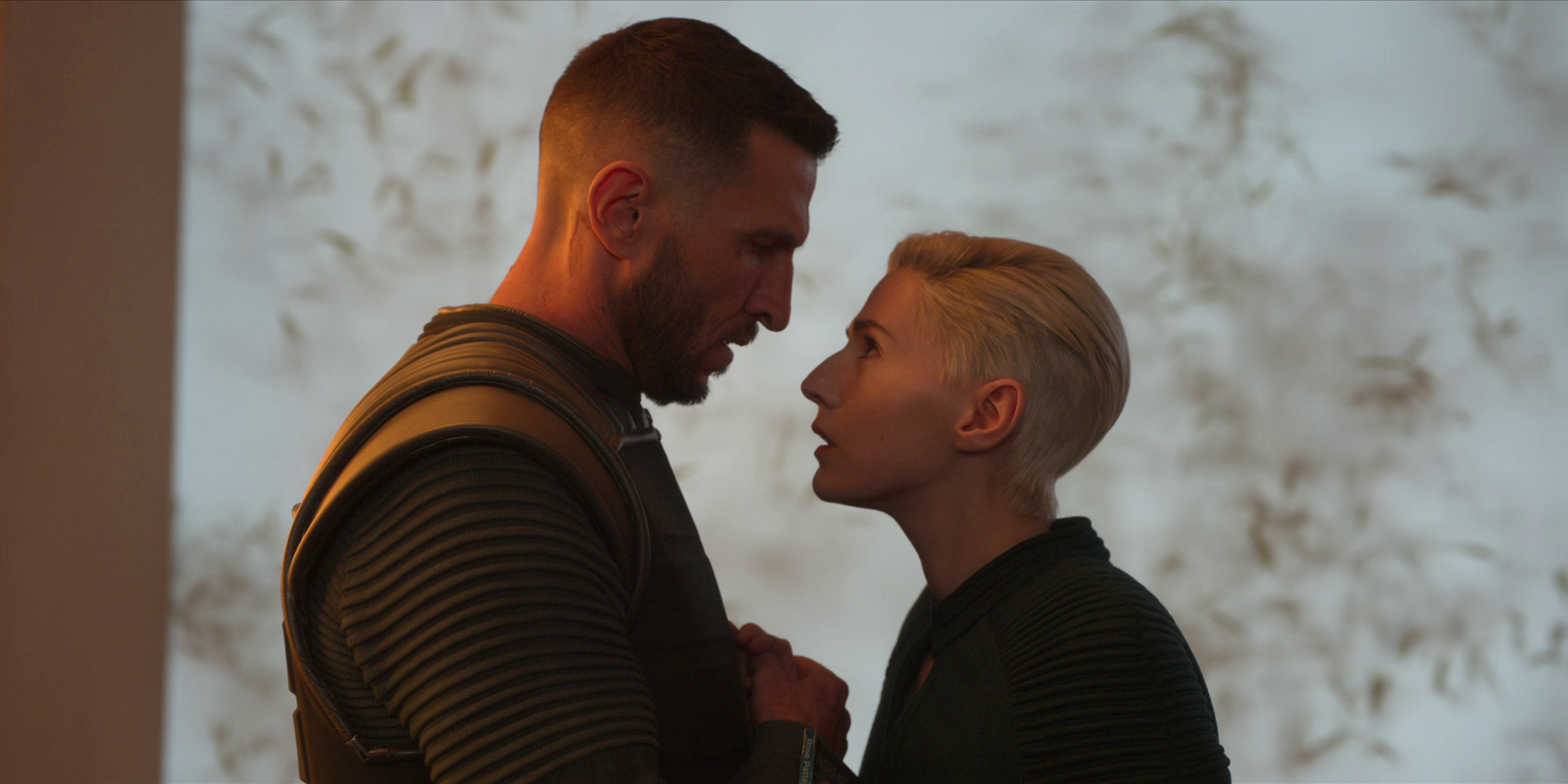 “That’s crucial to making a good TV show,” the actor posited. “And then I think that subverting expectations is what also makes it interesting. If you’re just going to show up and redo what’s been done and give people the experience of a video game, then what are you there for?” 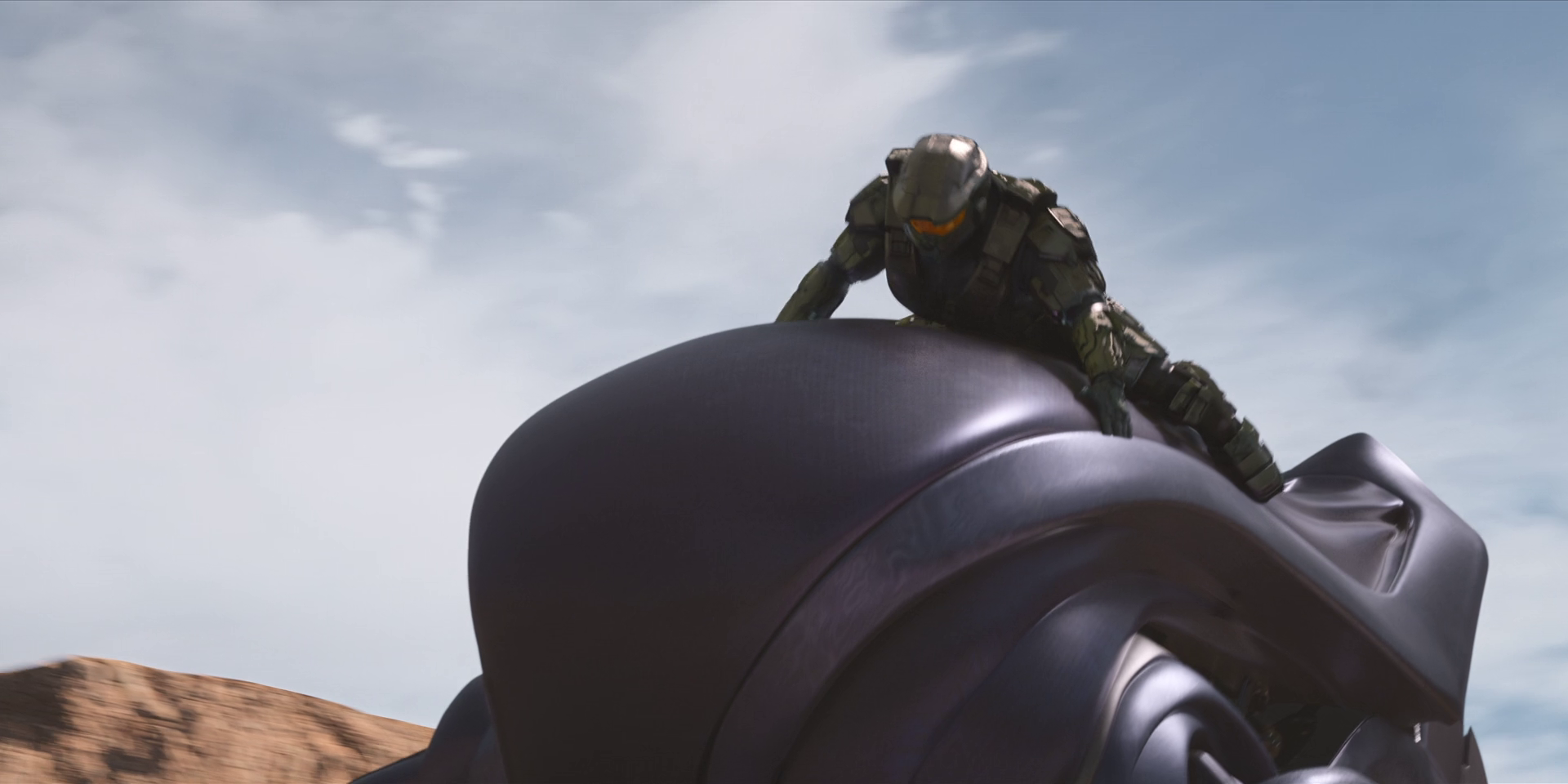 To that end, he asserted, “We should be aspiring to giving the hardcore audience the Halo game, giving them a familiar experience that feels like Halo but allows them to experience this universe that they love so much in a completely new and different way. That should be the goal, and is the goal, in a way that also brings in new fans and creates new fans.” 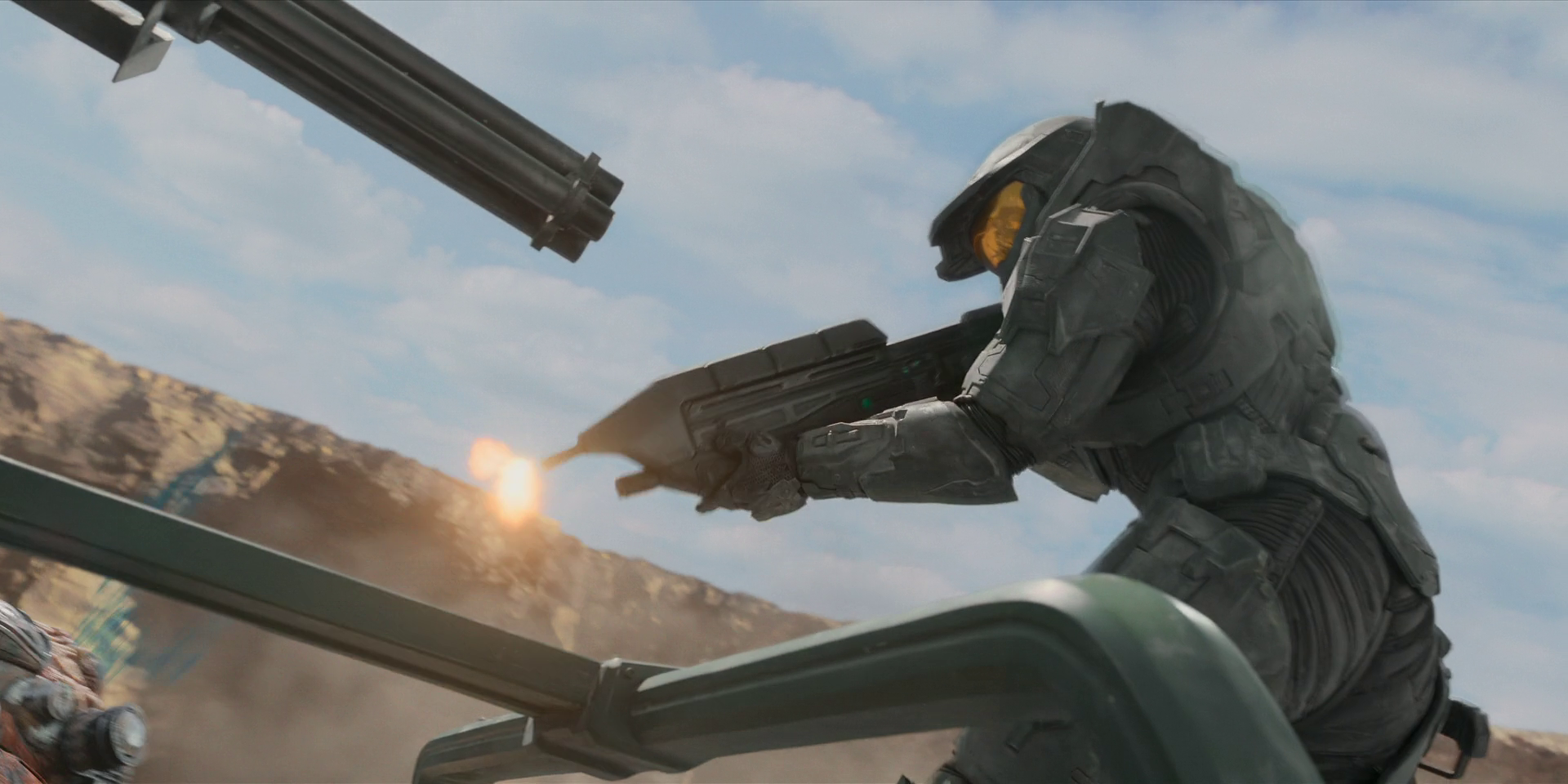 “One of the things that has made me the happiest about the reception of the show, beyond all the numbers and all that,” recalled Schreiber, “is people hitting me up on social media and saying, you know, ‘I’ve been a hardcore Halo fan for twenty years, since it was released. I’m sitting down every week and watching this show with my wife, who has always hated Halo, and she loves the show and we’re watching it together, and it’s a family experience.”

“The fact that we’re being able to bring in new people as lovers of the franchise is a huge boom for the franchise,” he concluded. “It should be loved by the franchise, that that’s what the reception is. And I’m very happy for that aspect of it.” 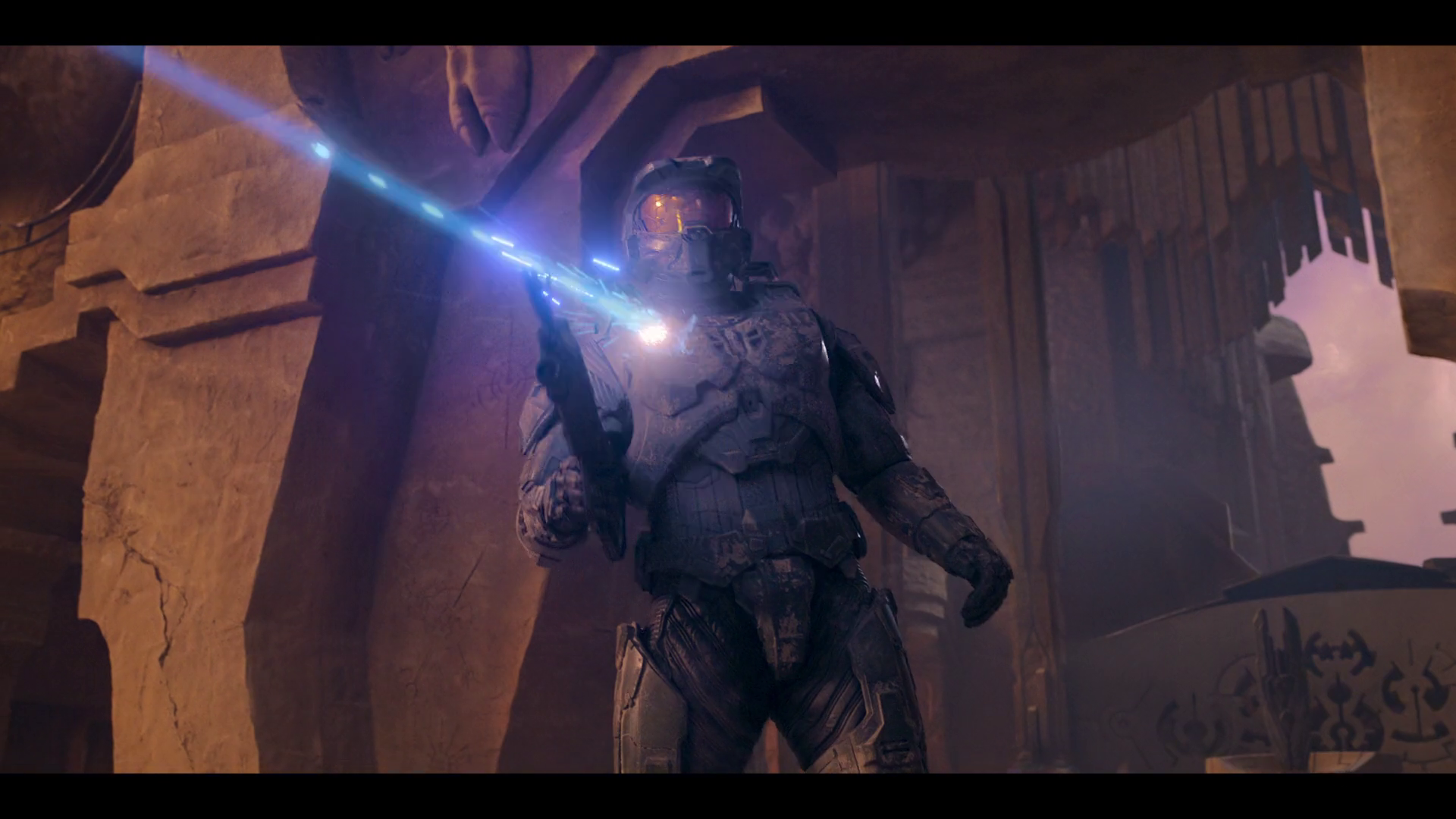 What do you make of Schreiber’s thoughts on Halo? Let us know your thoughts on social media or in the comments down below!