As if Master Chief’s numerous helmet removals or the series’ completely out-of-character sex scene weren’t proof positive enough, the first season finale of Paramount Plus’ live-action Halo TV adaptation has presented audiences with a bait-and-switch twist that solidifies the fact that the once-beloved and unique sci-fi series has been reduced to yet more generic Hollywood trash. 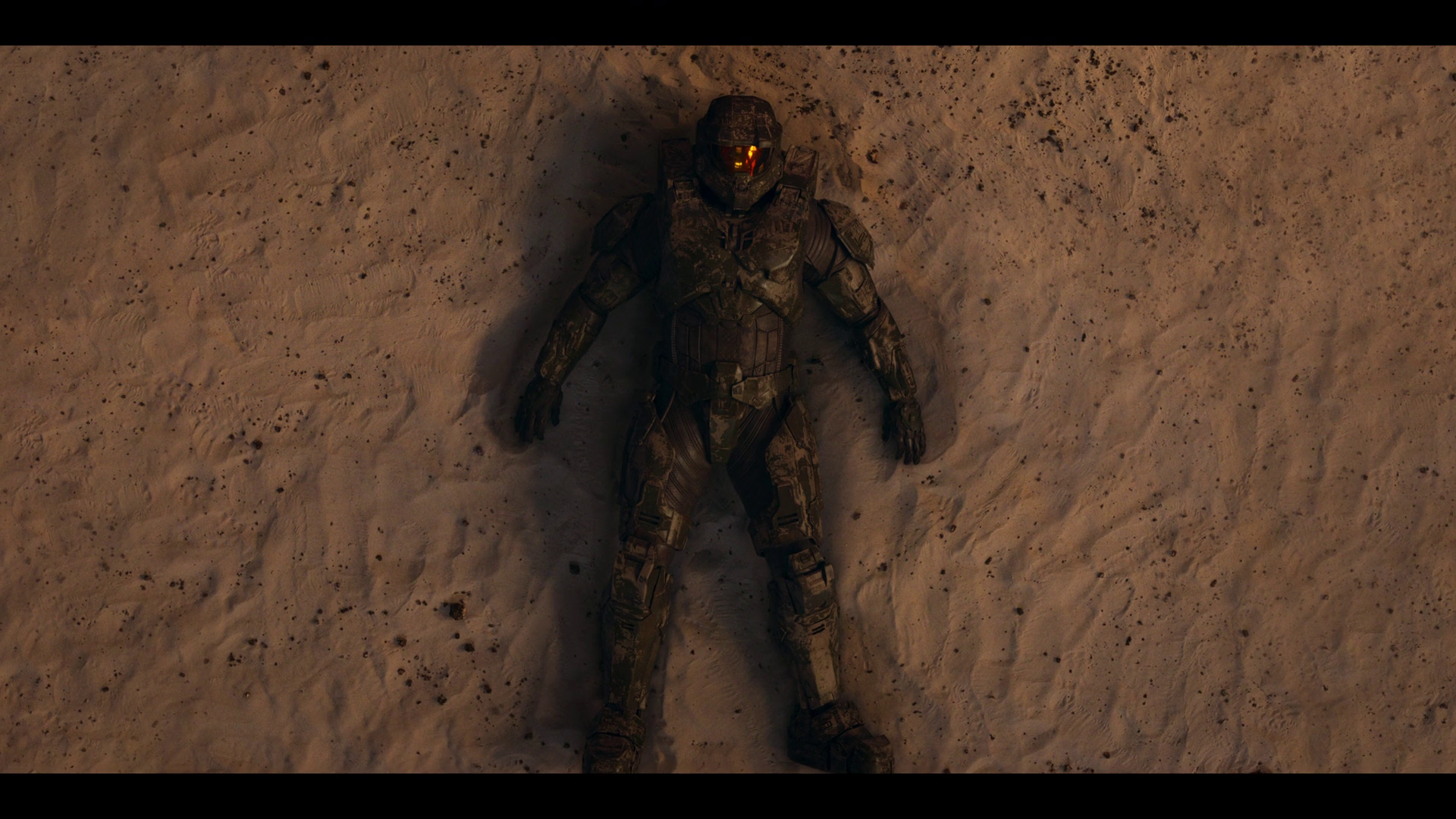 Opening with explorations into various intrapersonal character developments, the season’s ninth and final episode, Transcendence, revolves around Chief leading a mission to the Covenant home world, Hesduros, to retrieve the Forerunner artifact and subsequently put a stop to their pangalactic military conquest.

Making their way to the planet, the UNSC strike team stealthily touch down near a Covenant holy site, wherein the group’s leaders, The Prophets, are preparing to have their human ally Makee activate the artifact and in turn reveal a path to the series’ eponymous Halo weapons. 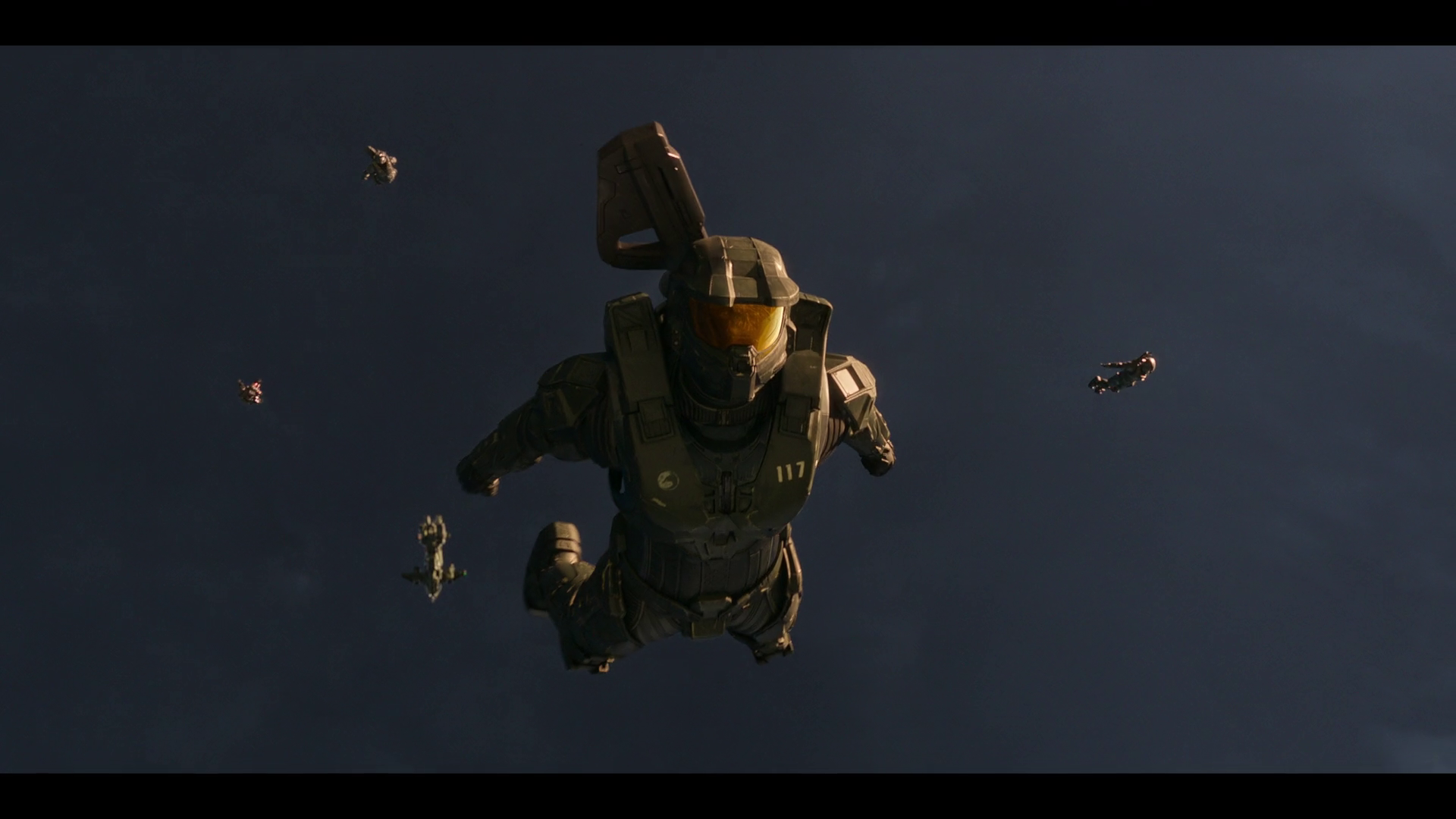 As the Covenant prepare to use the artifact, its assembly causes a strange resonance within both Makee and Chief, both of whom suddenly find themselves lost in a dazed stupor due to their mysterious connection to the devices.

Unfortunately for Silver Team, Chief’s state of confusion causes him to unknowingly stumble outside of cover, an act which reveals their presence on the planet and prompts the Covenant to sound the alarm to their surrounding forces. 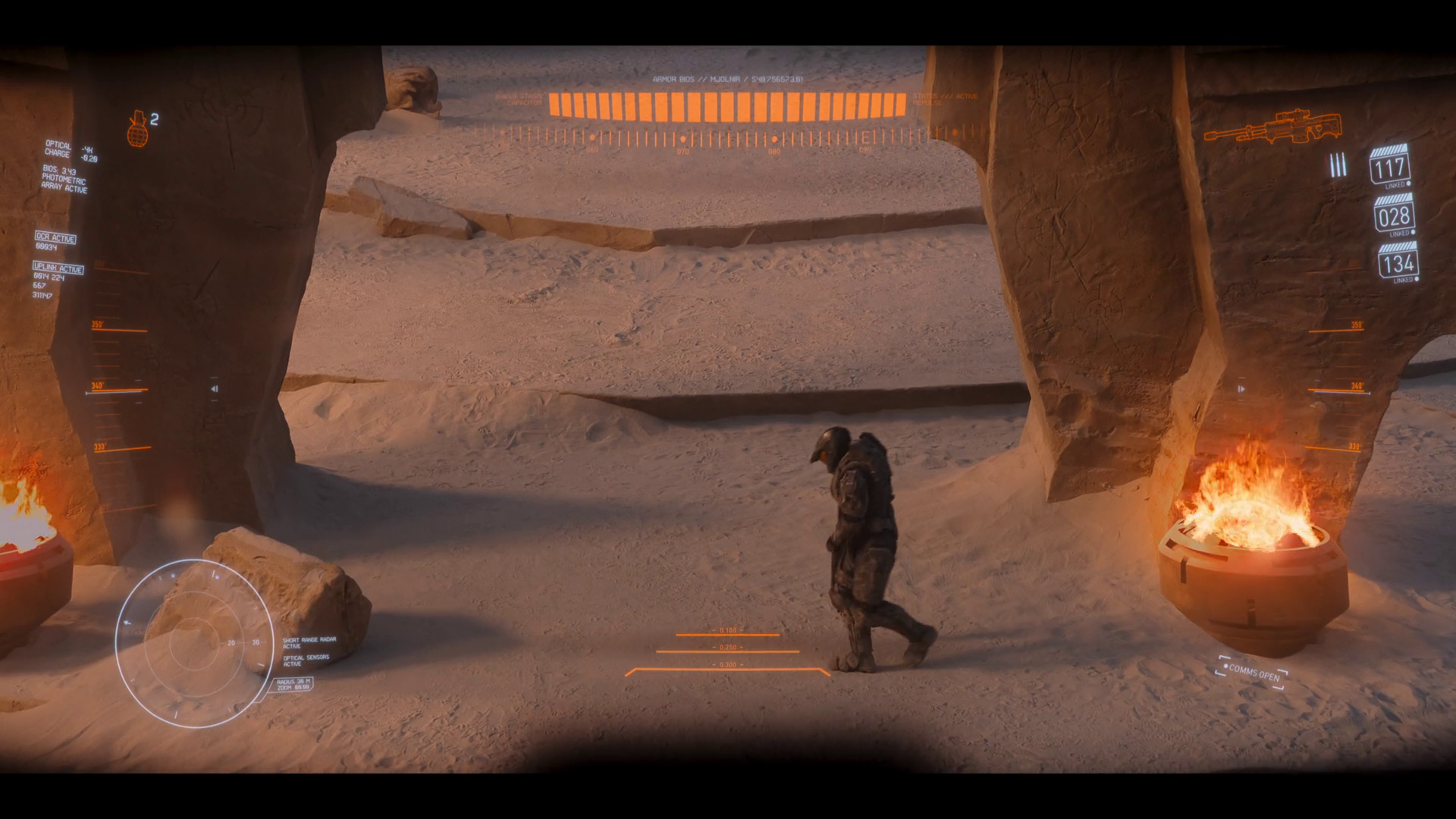 Met with a sudden influx of enemy Elite and Brute warriors, including the Brute chief seen last episode, the Spartans soon find themselves on the brink of being outright overwhelmed by the Covenant forces.

However, they are saved from certain death in this moment by Makee’s sudden activation of the Forerunner artifact, which proceeds to unleash a burst of energy that sweeps both Human and Covenant alike away from the battlefield. 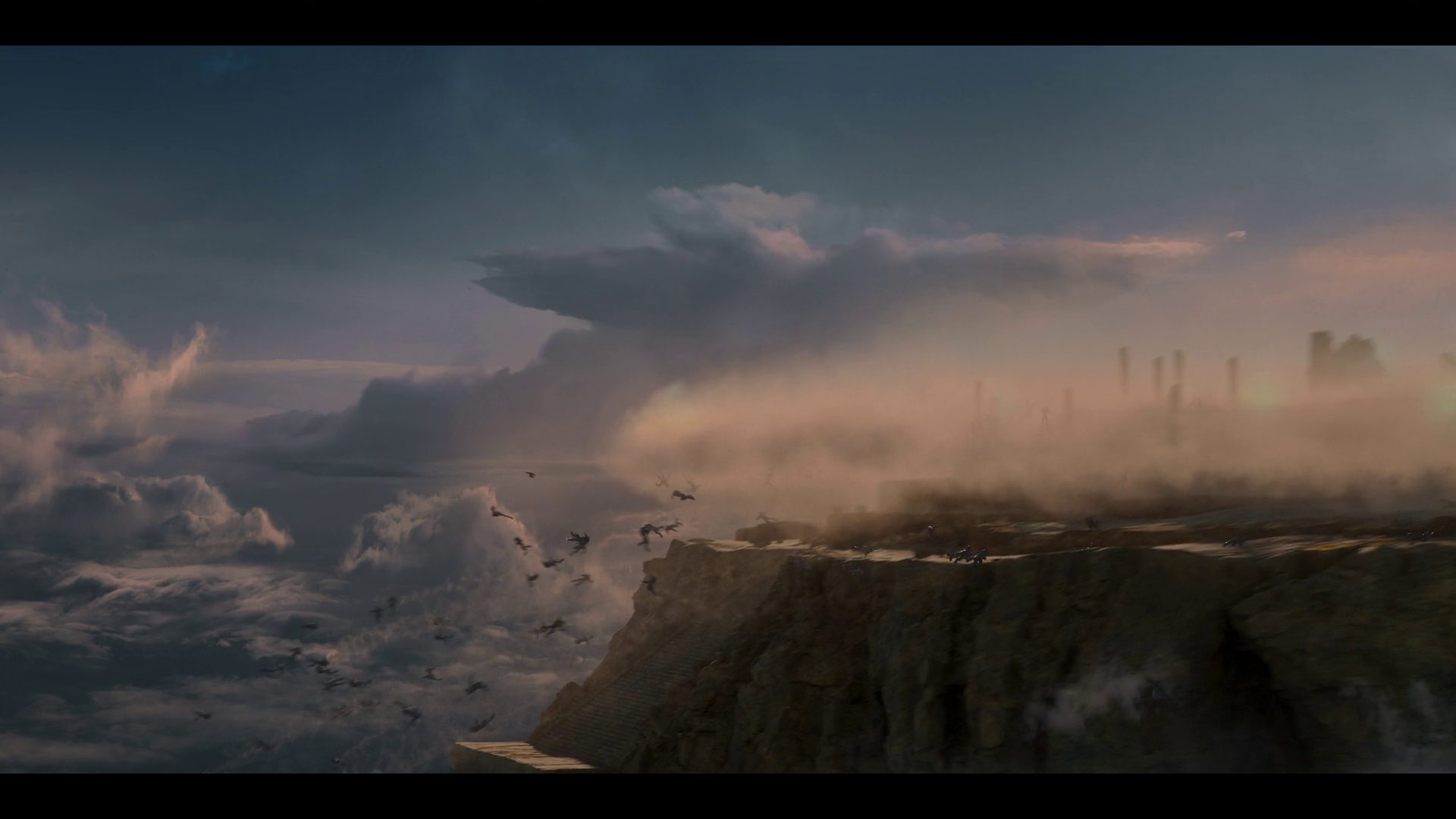 As a partial map to a Halo looms overhead, Chief is suddenly pulled into a trance-like state, falling to his knees as his consciousness wakes up in the ethereal, heavenly vision shared between him and Makee, who is already present and attempts to convince him to “stay with me” before coming to the sudden realization that she was actually dying.

Waking from his trance, Chief discovers that in the brief moments he was out of commission, the Covenant have put Silver Team against the ropes, with most of them being taken out of commission due to injury.

Though his first instinct is to make a bee-line for the Forerunner artifact, Chief is soon stopped by Cortana, who frantically informs him, “There’s no way you can save the artifacts and the team.” 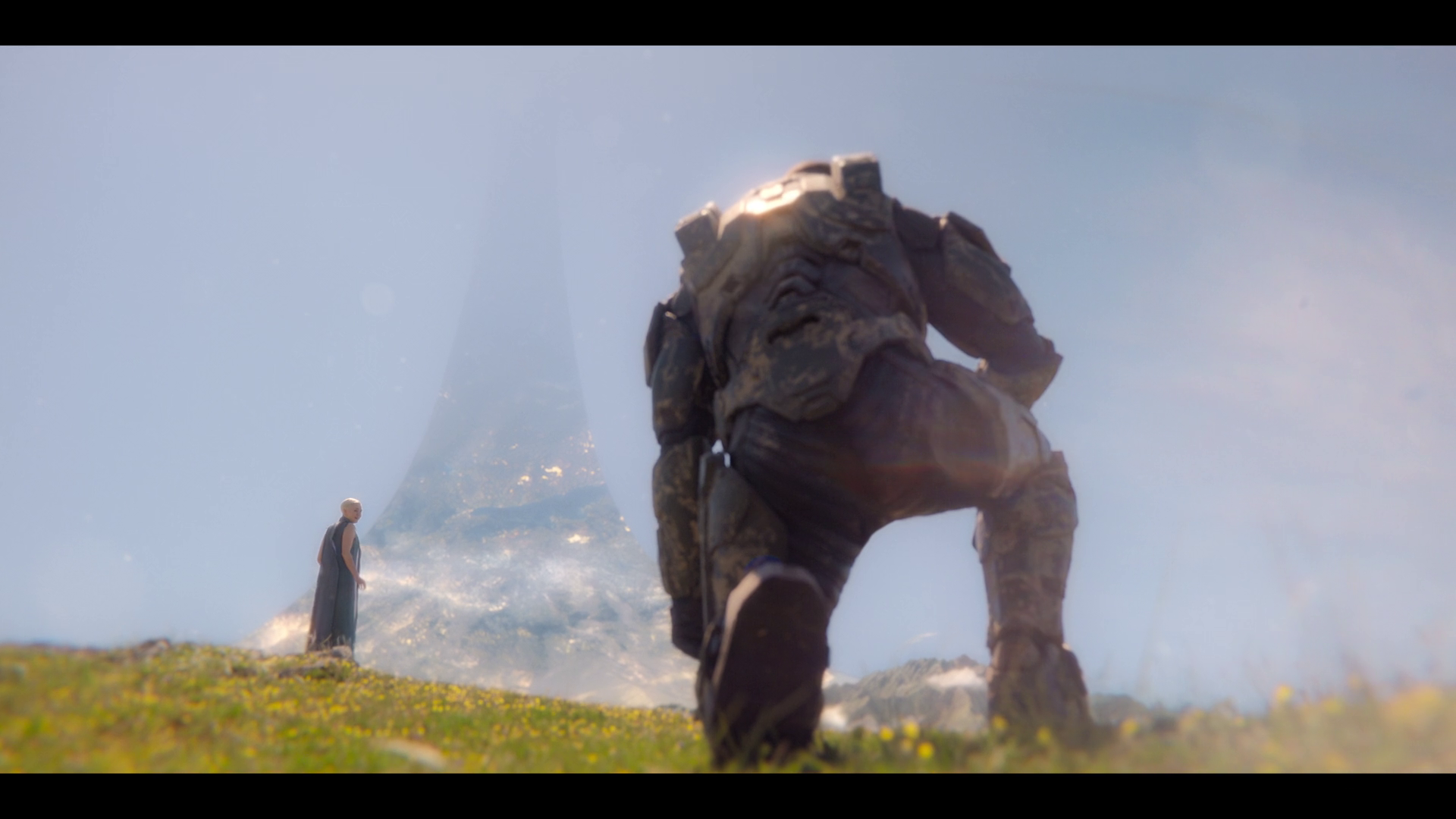 Faced with this binary dilemma and unable to make a decision, Chief then calmly tells his AI companion, “Then you do it,” before rushing headfirst into the battlefield with complete abandon for his own safety.

As Cortana begs him to stop, telling him that she no longer wishes to fulfill her initial purpose of overwriting his mind to take control of his faculties, Chief pushes further forward into a hail of enemy gunfire, eventually coming face-to-face with the aforementioned Brute Chieftain.

“I may not be able to bring [your mind] back,” a desperate Cortana warns, to which Chief replies, “I trust you,” before receiving a deathblow from the Brute’s hammer. 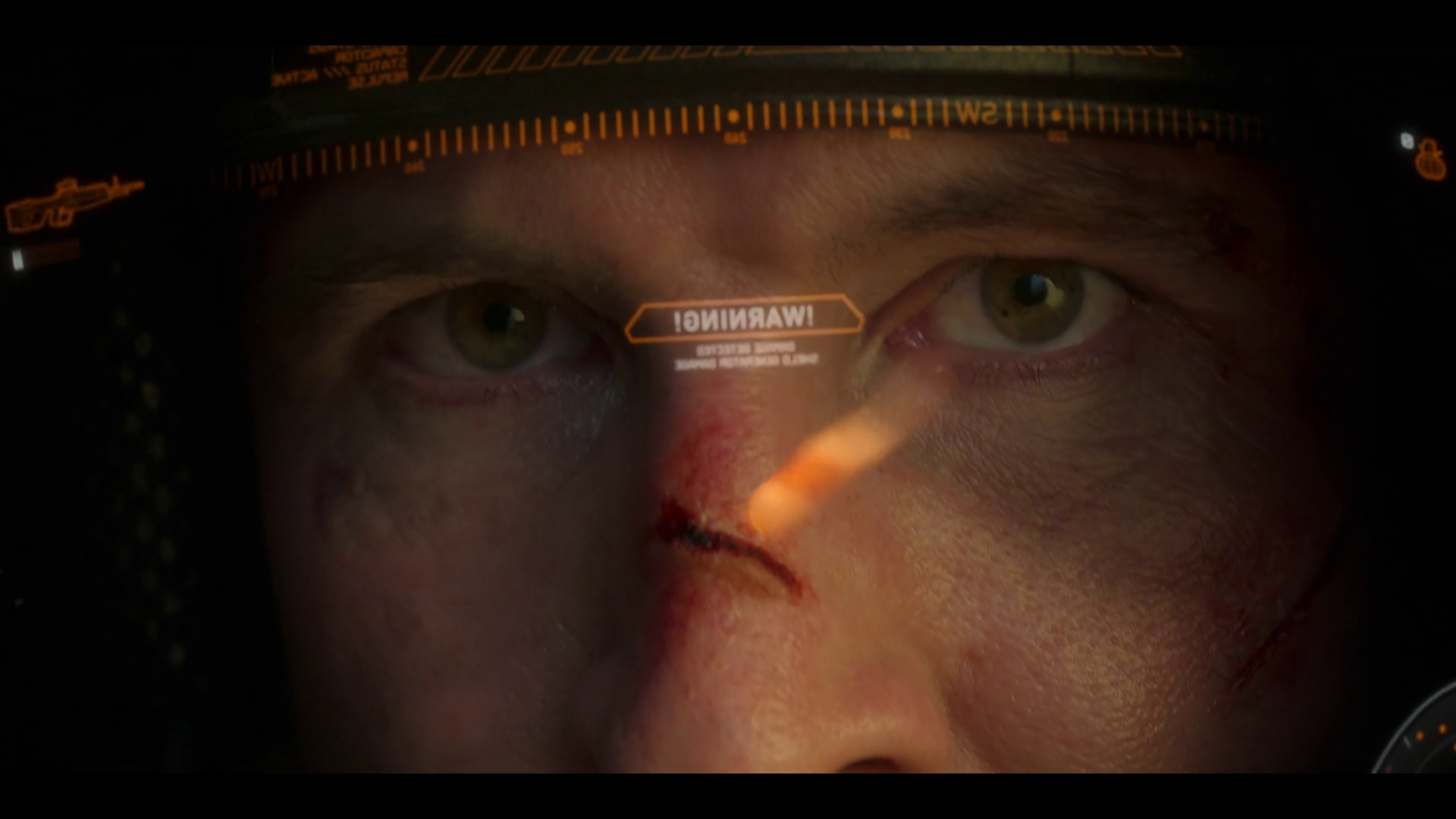 Lying on the ground after being hit, Chief closes his eyes, his HUD slowly beeping out of service before ceasing operation completely.

Projecting an image of herself outside of the Chief’s armor to mourn the loss of her partner, Cortana then proceeds to fulfill his dying wish, taking control of his Spartan-II armor and rebooting its systems. 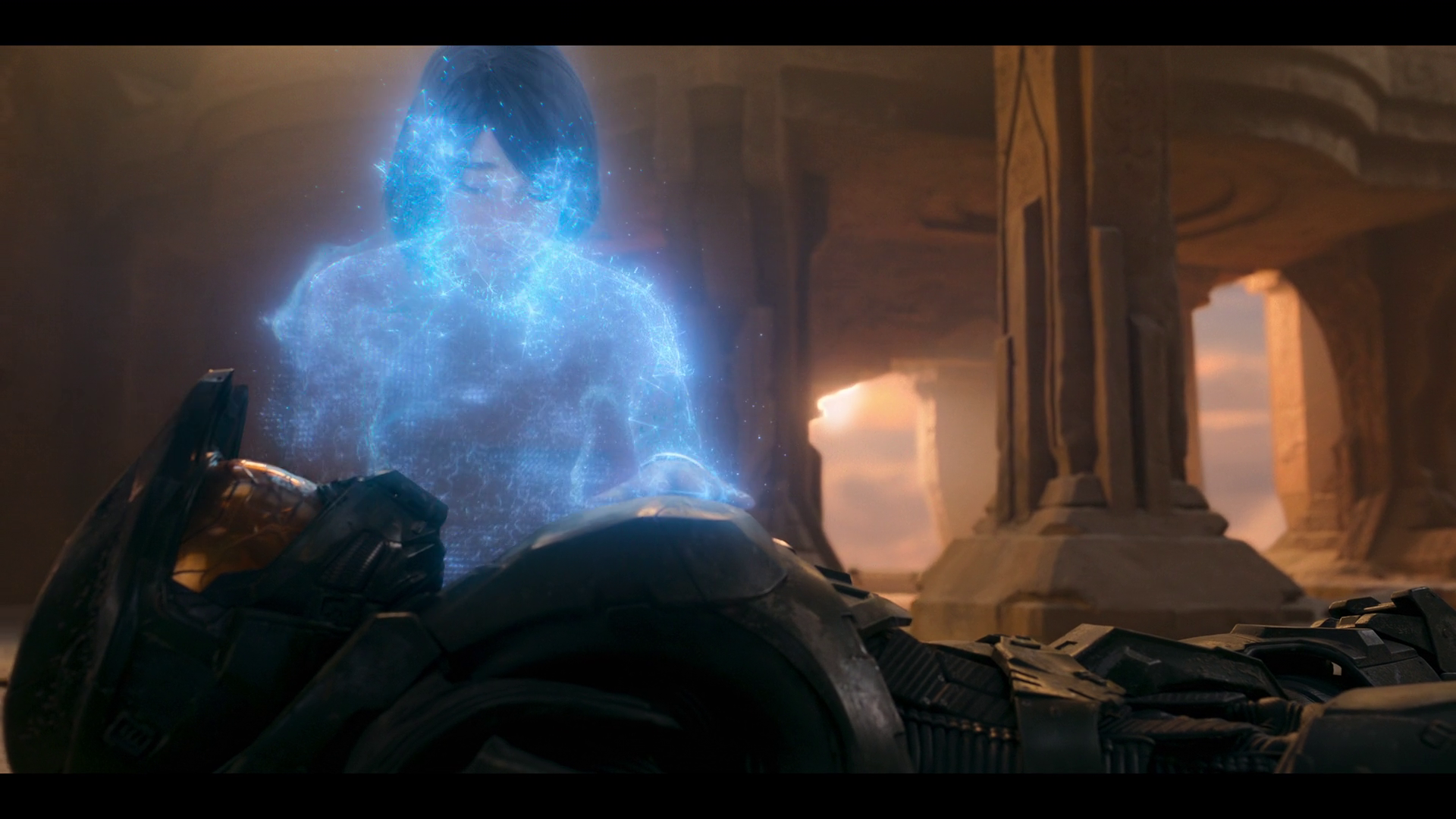 Initializing her own unique HUD within the armor’s helmet – a visual confirmation that Chief is no longer in control of his body – Cortana-as-Chief launches into a viscous attack on the Covenant, sweeping through the battlefield with robotic precision as she attempts to clear a rescue path for Silver Team.

Moments later, the team is miraculously rescued by their UNSC Pelican – ostensibly summoned by Cortana – and successfully make their way off of Hesduros with the team mostly in-tact. 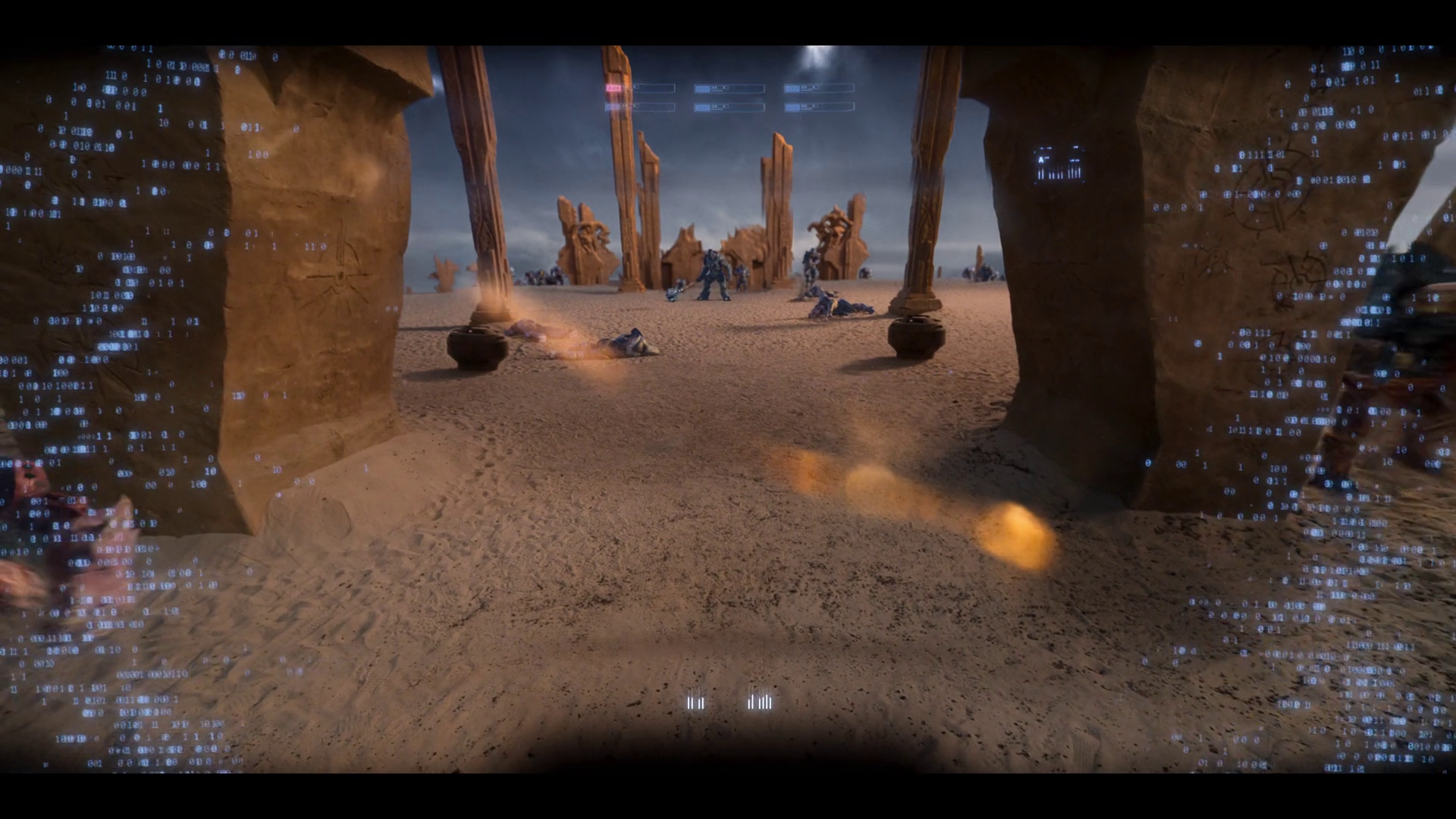 As the episode draws to a close, Cortana-Chief is found sitting alone at the controls of the Pelican as it drifts through space before being joined by Kai.

Taking the co-pilot’s seat next to the Spartan, Kai proceeds to ask her teammate, “John, is that you?”, drawing only silence from Cortana before the episode cuts to credits. 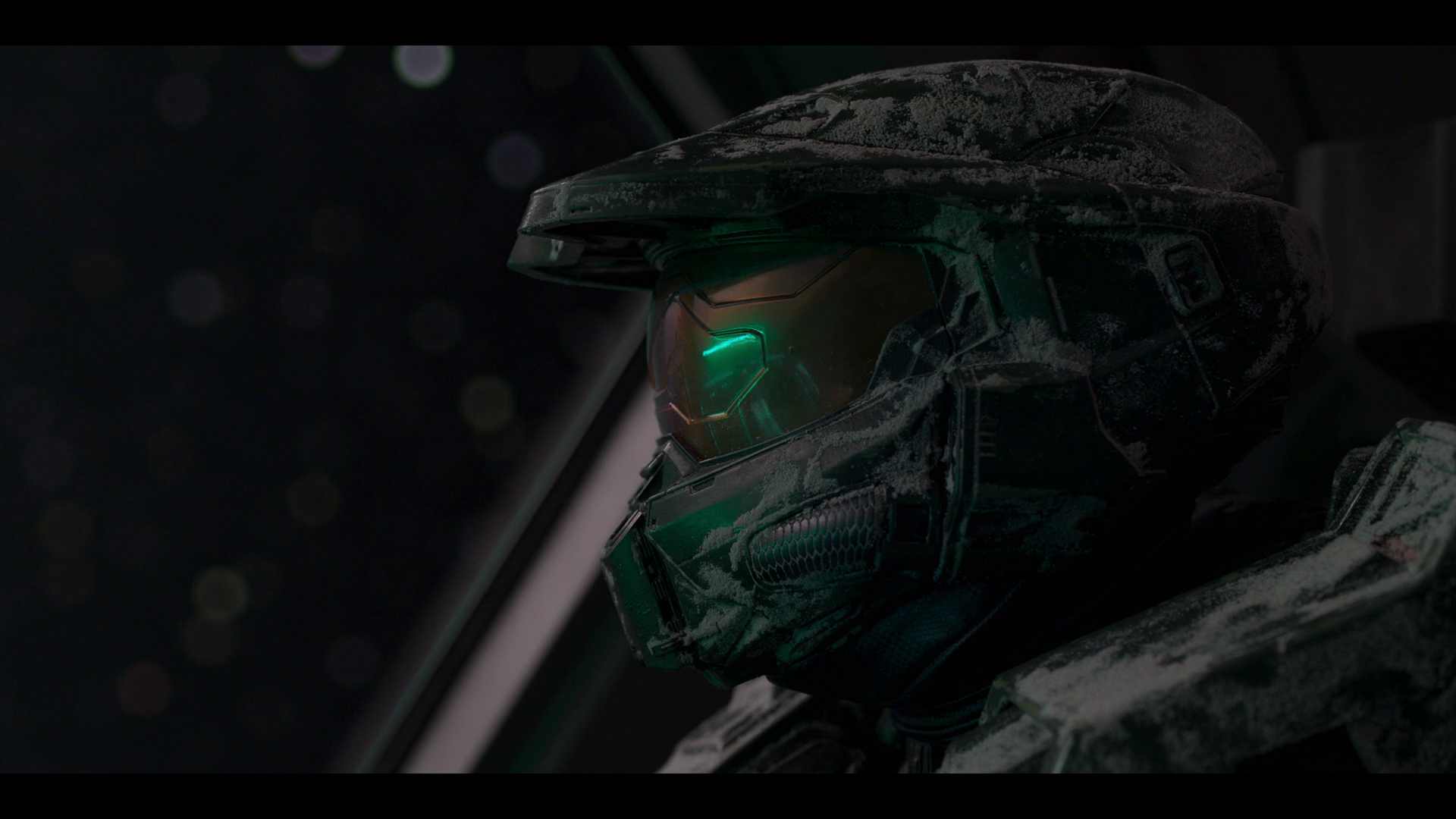 While it’s likely that Chief’s mind will somehow find itself restored to working order in Halo’s already-greenlit second season, this twist regardless stands as yet another example of how Hollywood’s obsession with ‘subverting audience expectations’ leads to ruin.

Chief’s ‘death’ – like He-Man’s, Luke Skywalker’s, Jean Luc-Picard’s, and so many other iconic leads in recent years – is not only a forced attempt by the writers room to inject cheap drama into the series, but also something that likely no one outside of extreme contrarians would have wanted from an adaptation of Halo. 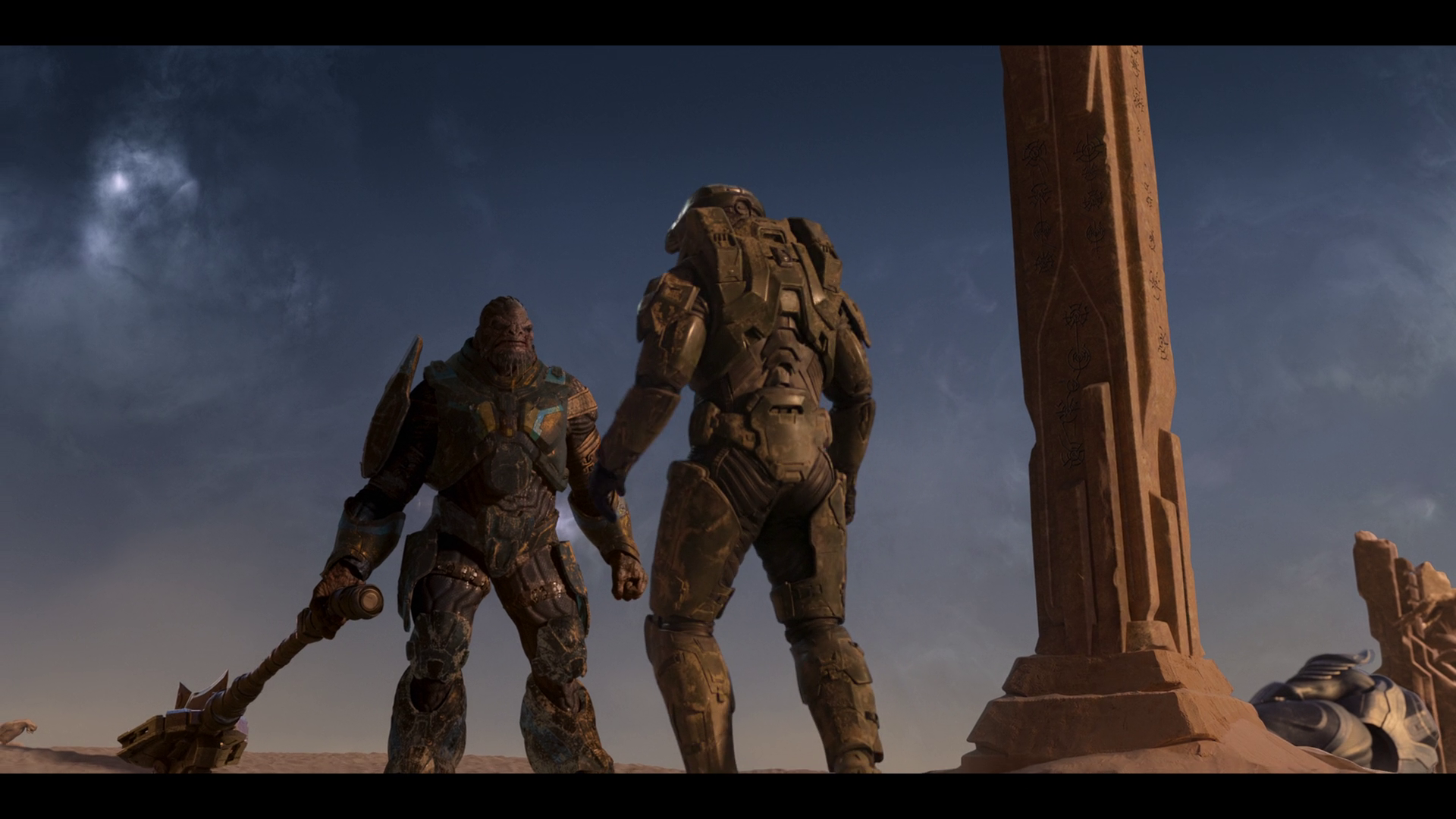 A side-story focusing on other Spartans? Sure, let the deaths fly for the cannon fodder.

A ‘What If…?’ type scenario where a group of Covenant are telling stories and bragging about being the one to have ‘killed’ the Chief, ala the Batman: The Animated series episode Legends of the Dark Knight?

Most fans would be up for this experiment in storytelling, especially if Chief were still revealed to be alive – maybe even coming across the group and proceeding to take them out – in the project’s conclusion. 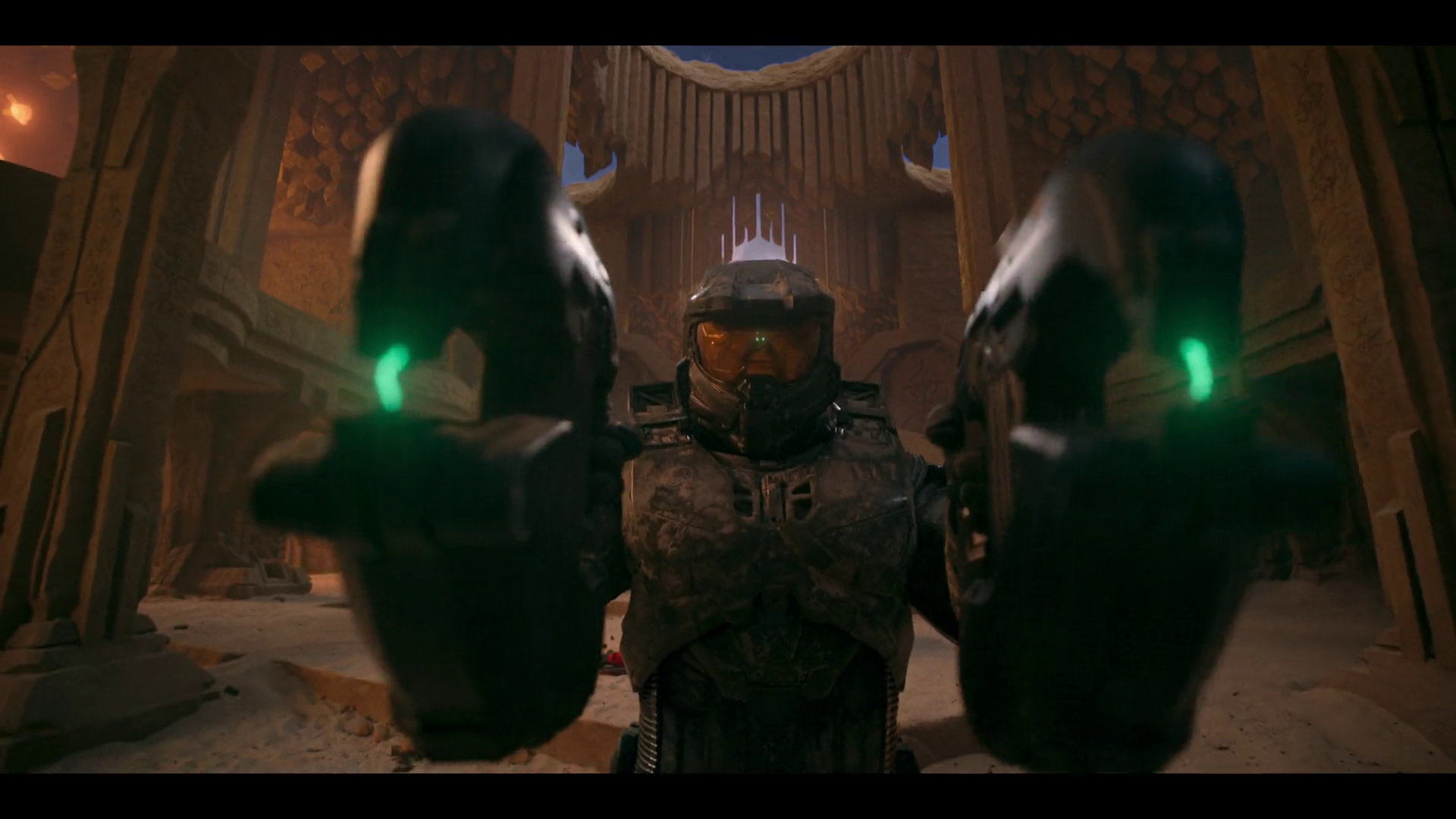 However, killing the iconic and beloved main character of the franchise, especially after years of fans clamoring to see them brought to life in live-action, for nothing more than a cheap shock and a few hours of social media relevance?

That’s just the kind of abysmal writing one would expect from a show whose production team “Didn’t look or talk about the game, [but instead] talked about the characters and the world” and found that working within the constraints of the Halo video games “wasn’t serving the creative teams and their need to express a story and build the world through their eyes.” 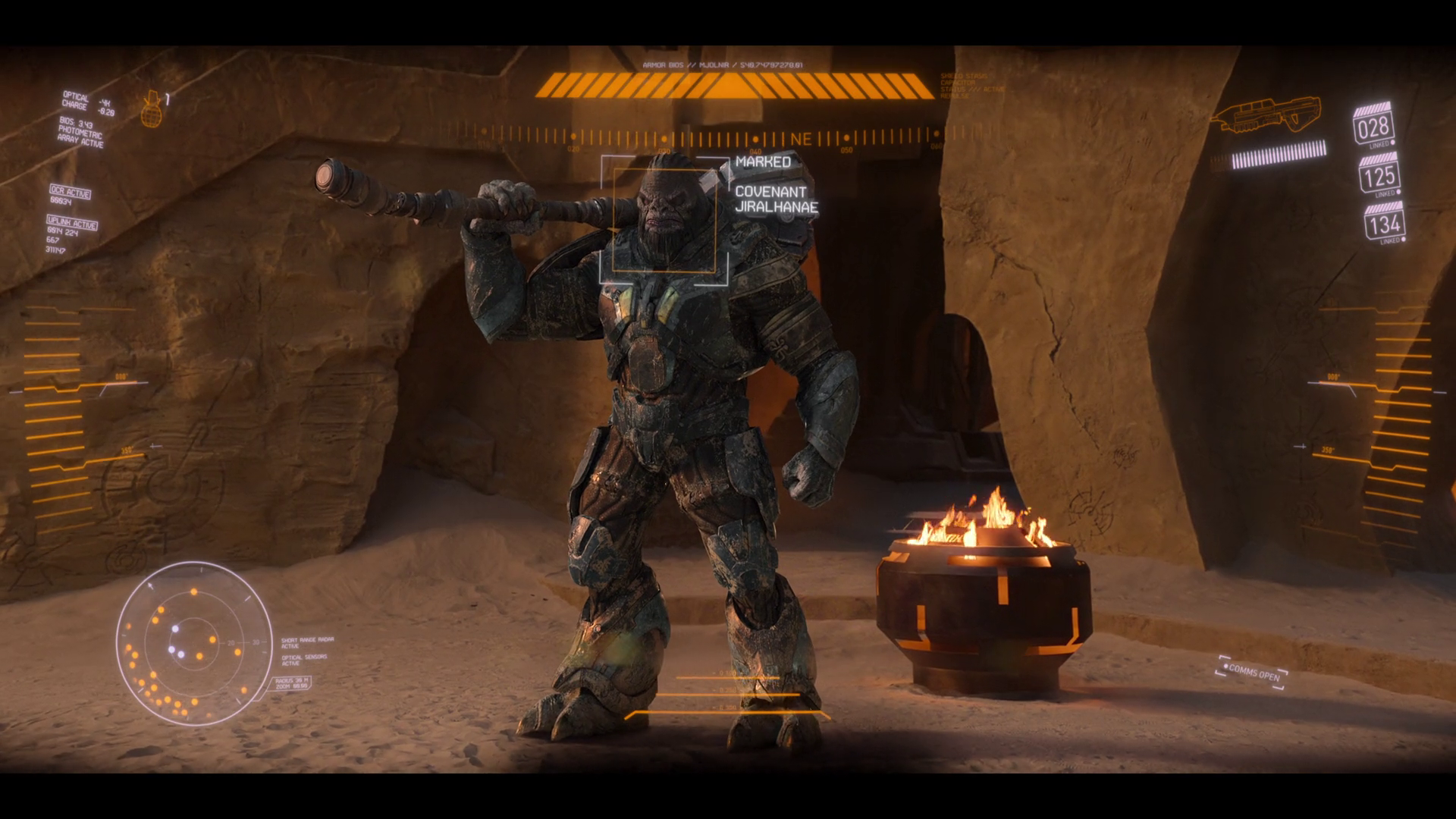 Of course, ultimately, there’s no reason to expect that any future seasons of Halo will course correct and begin to treat the source material with any sort of respect.

After all, as affirmed by 343 Industries’ head of Halo transmedia Kiki Wolfkill, the series’ second season will potentially feature a focus on “deeply exploring [the Spartans’] personal life.”

You know, exactly what everyone wanted out of a live-action adaptation of a sci-fi first person shooter focused on saving the planet from aliens. 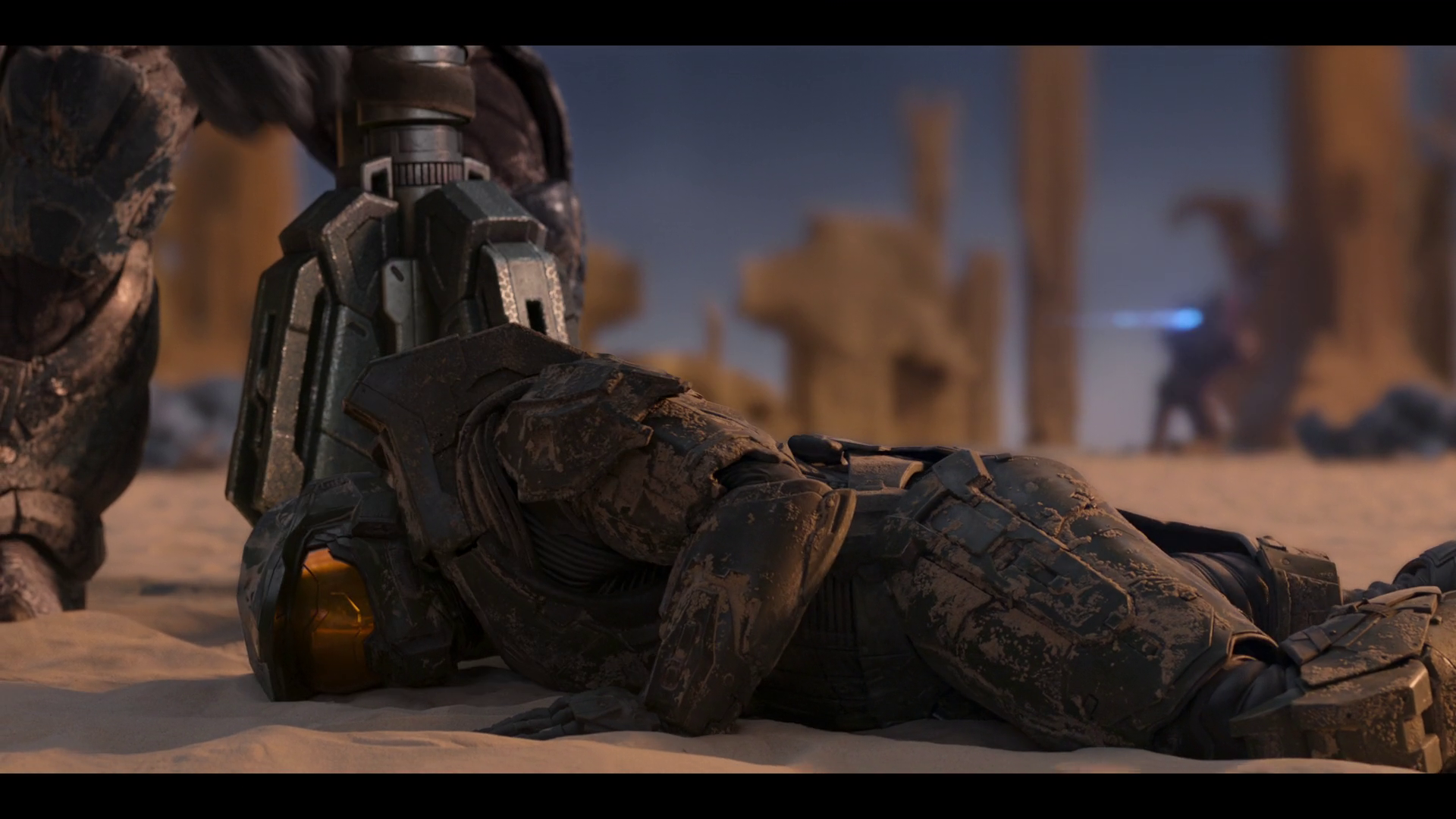 What do you make of Halo’s season finale? Let us know your thoughts on social media or in the comments down below!

NEXT: Halo Showrunner Steven Kane Says Writing Team “Didn’t Look At Or Talk About The Game. We Talked About The Characters And The World”