After a long, long, LONG, battle in Wano, the Strawhats Pirates will be taking a month long vacation before setting off on the final leg of their quest to obtain the One Piece. 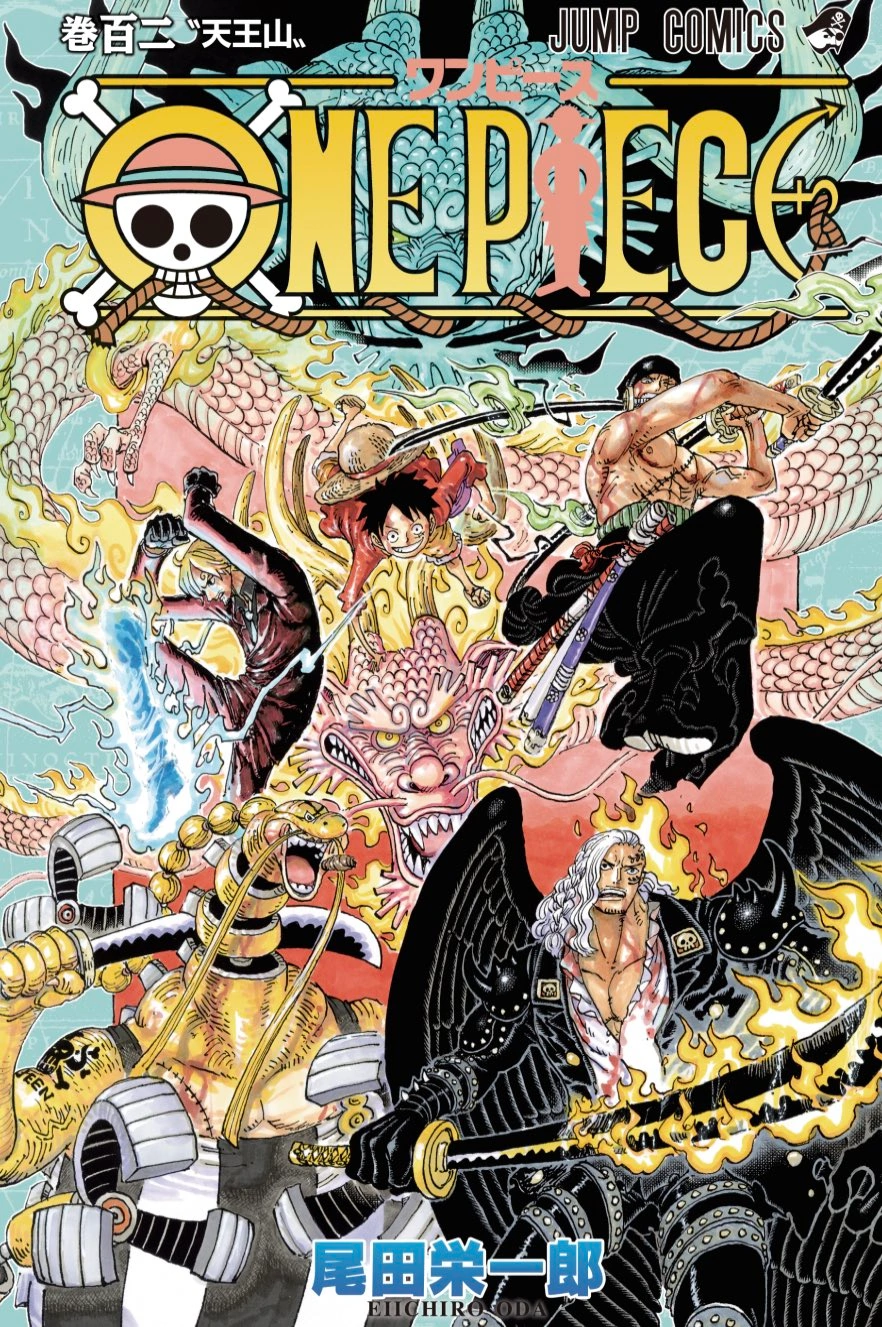 The news of One Piece’s upcoming hiatus was first announced by the series’ official Twitter account, who on June 6th tweeted both a tease at a then-upcoming announcement about One Piece Film: Red and “a special report about the future serialization of ‘ONE PIECE'”. 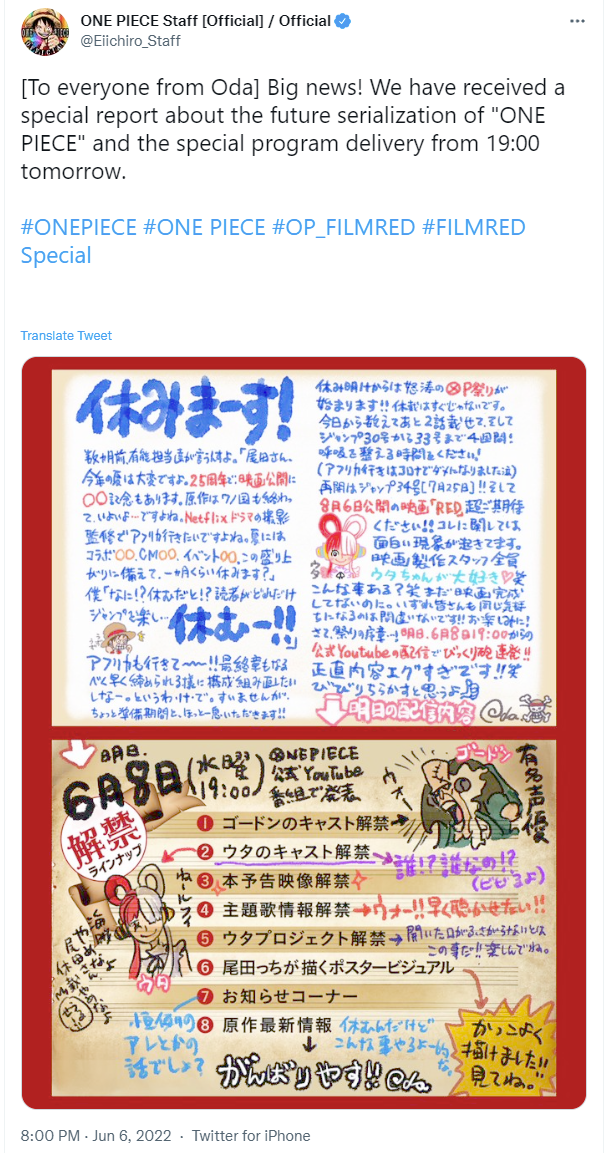 “I’m taking a break! ” began Oda’s message, as per a translation provided by manga news Twitter account @WSJ_manga. “A few months ago, my talented editors told me ‘Oda-sensei, this summer will be tough. The 25th Anniversary of the series will take place and there will also be a commemoration for the release of the film. The story of Wano is also now over…You also want to travel to Africa to supervise the filming of Netflix’s Live-Action.  During summer. we will also have collaborations, commercials and events.  Would you like to take a whole month off to prepare for all this excitement?'”

Responding to his editors, Oda recalled how he replied in turn, “‘What!? Taking a break!?  How much do you think readers enjoy Jump…But resting!!'”

“And I want to go to Africa tooooo!!” the mangaka continued, before revealing, “I also want to reorganize the final arc of the series so I can finish it as soo as possible. So…I’m sorry, but I’m going to take a breather and some time to prepare!!” 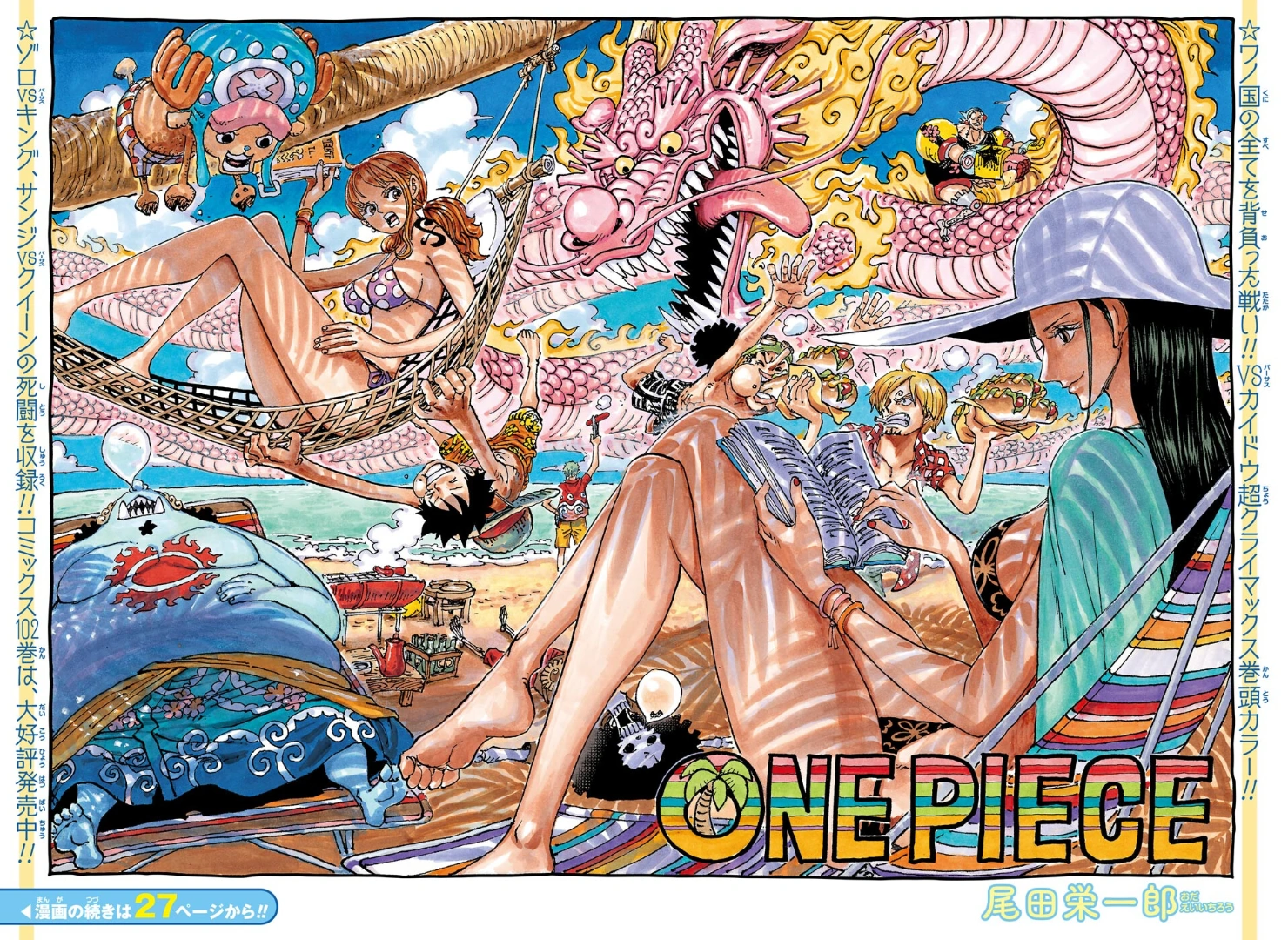 Source: One Piece Chapter 1047 “The Sky Over the Capital” (2022), Shueisha. Color spread by Eiichiro Oda

“After my vacation, a raging ONEPIECE festival will start!” Oda added, before noting that the break “will not be immediate.”

“Starting today,” he explained, “2 more chapters will be published and the break will take 4 weeks from Jump’s Issue #30 to Issue #33! Give me some time to breathe! (The previous trip to Africa was ruined due to the Coronavirus, sadly). Series will be resuming in Jump Issue #34 on July 25th! ” 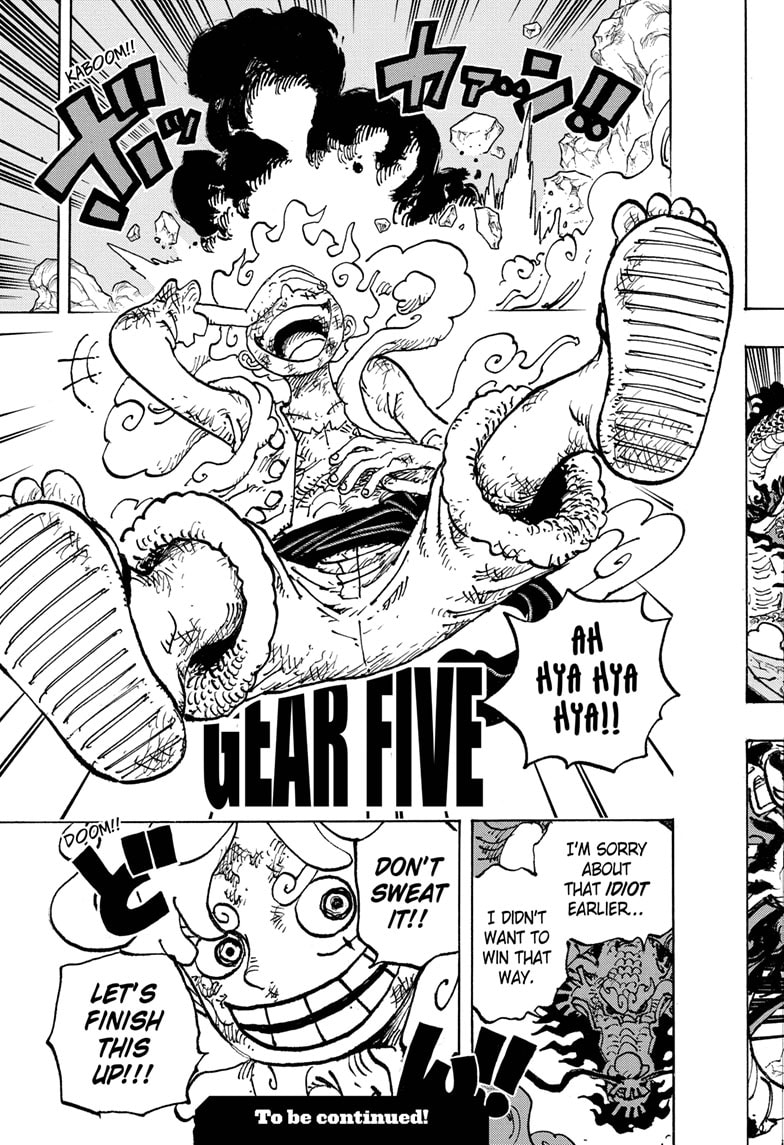 Oda then turned to the series’ next cinematic outing, exclaiming, “And please look forward to ONE PIECE: FILM RED, which will be screening on August 6th! There’s something interesting happening with this one. All the production staff of the movie loves Uta-chan. It’s not like the movie is completed yet though. Anyway, I’m sure you will all feel the same way sooner or later!!  Please look forward to it!” 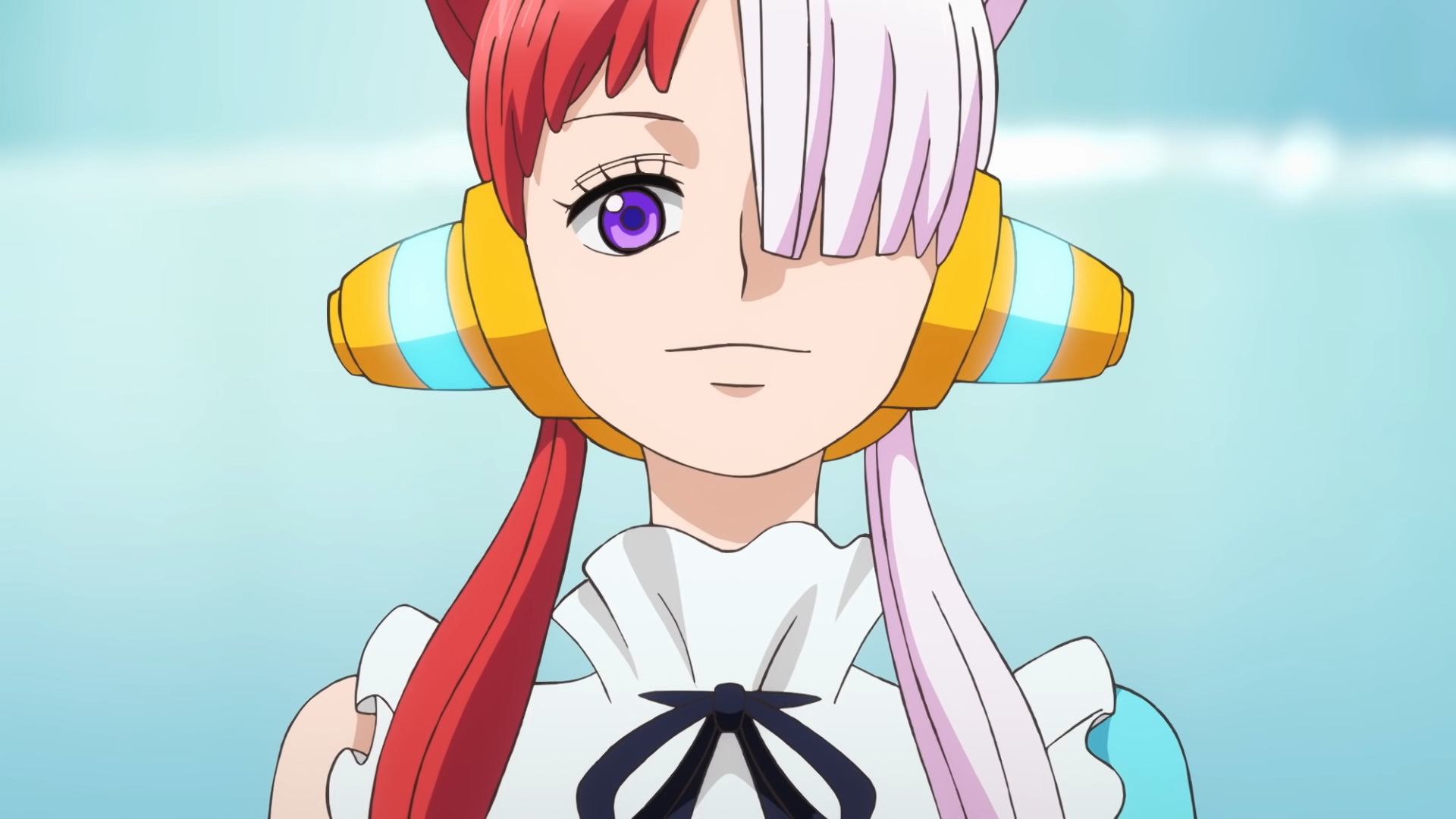 In an addendum to his message, Oda added that starting on “June 8th, at 19:00 in the Official Youtube Channel stream, there will be a lot of surprises!! Honestly all the content may be too egregious!!  It’s going to scare you all!”

According to the mangaka, upcoming One Piece announcements include the “casting of Gordon”, “casting of Uta”, a new trailer and key visual, the reveal of the film’s theme song, information on a new endeavor titled “Uta Project” and further information about his upcoming hiatus. 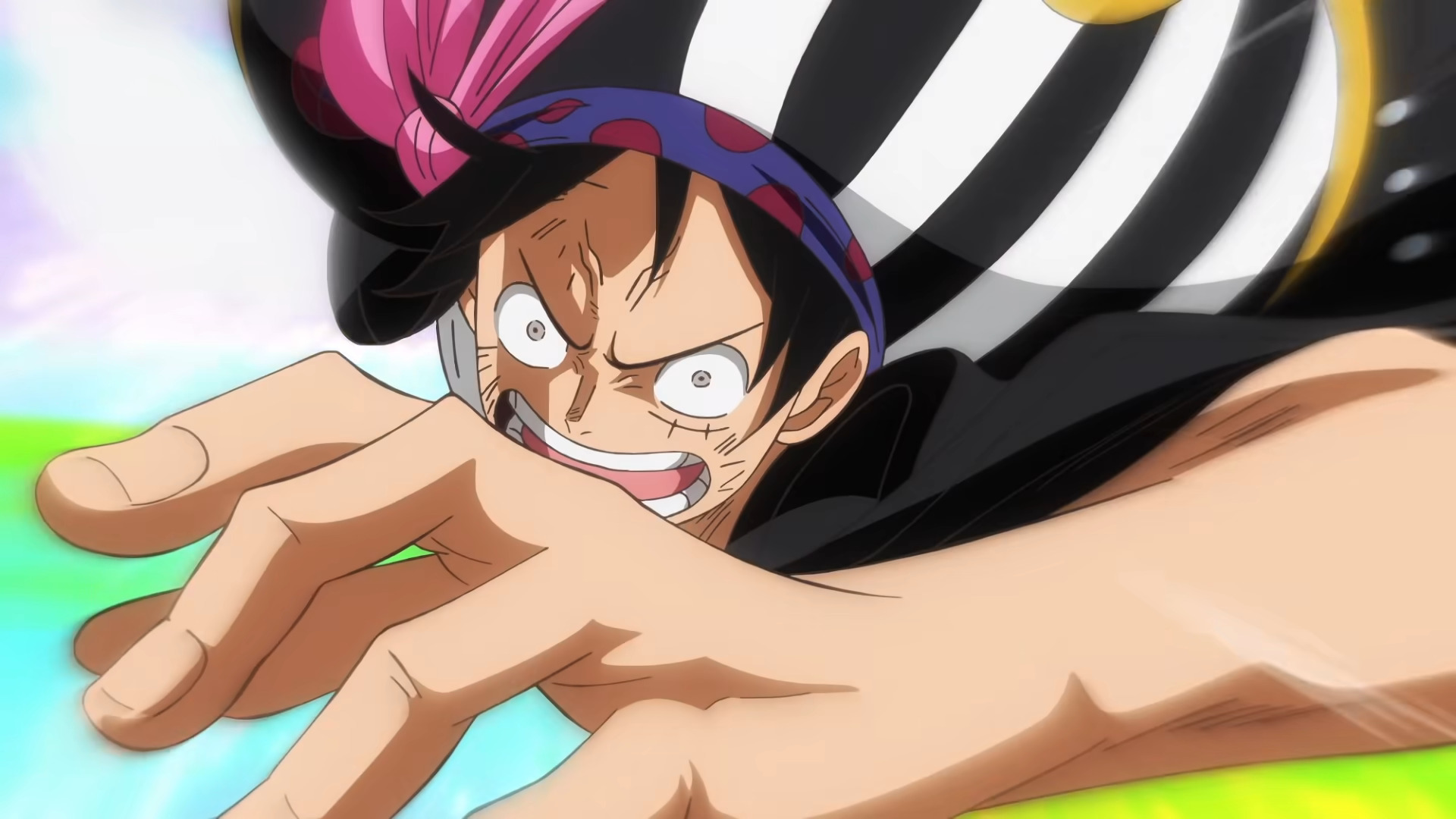 Thankfully, during this break, One Piece fans won’t be entirely starved for content.

In follow up to their initial reporting on the news, @WSJ_manga revealed that “During ONE PIECE’s break, Weekly Shonen Jump will be including a special section titled ‘ROAD TO LAUGH TALE’ showcasing scrapped ideas and sketches by Eiichiro Oda.” 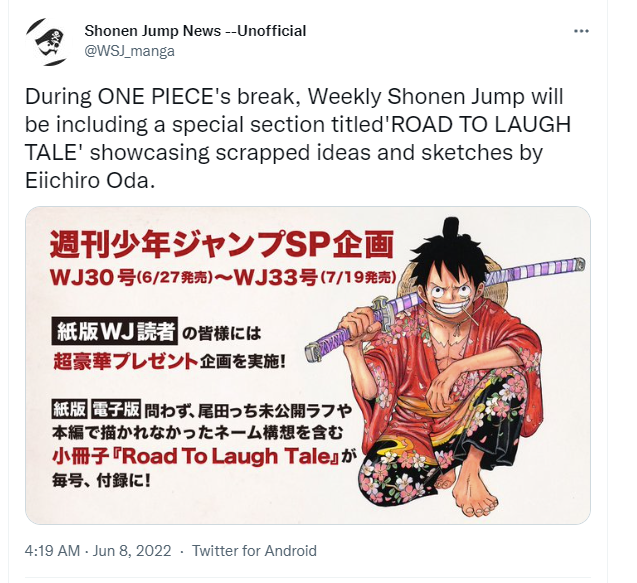 Are you excited for the One Piece manga to head into its final arc? Let us know your thoughts on social media or in the comments down below!