Ahead of her Arrowverse character’s upcoming proper introduction to the mainline DC Comics canon, Supergirl actress Nicole Maines says that the transgender hero Dreamer is needed more than ever right now in order to give queer children “a superhero who will fight for them”. 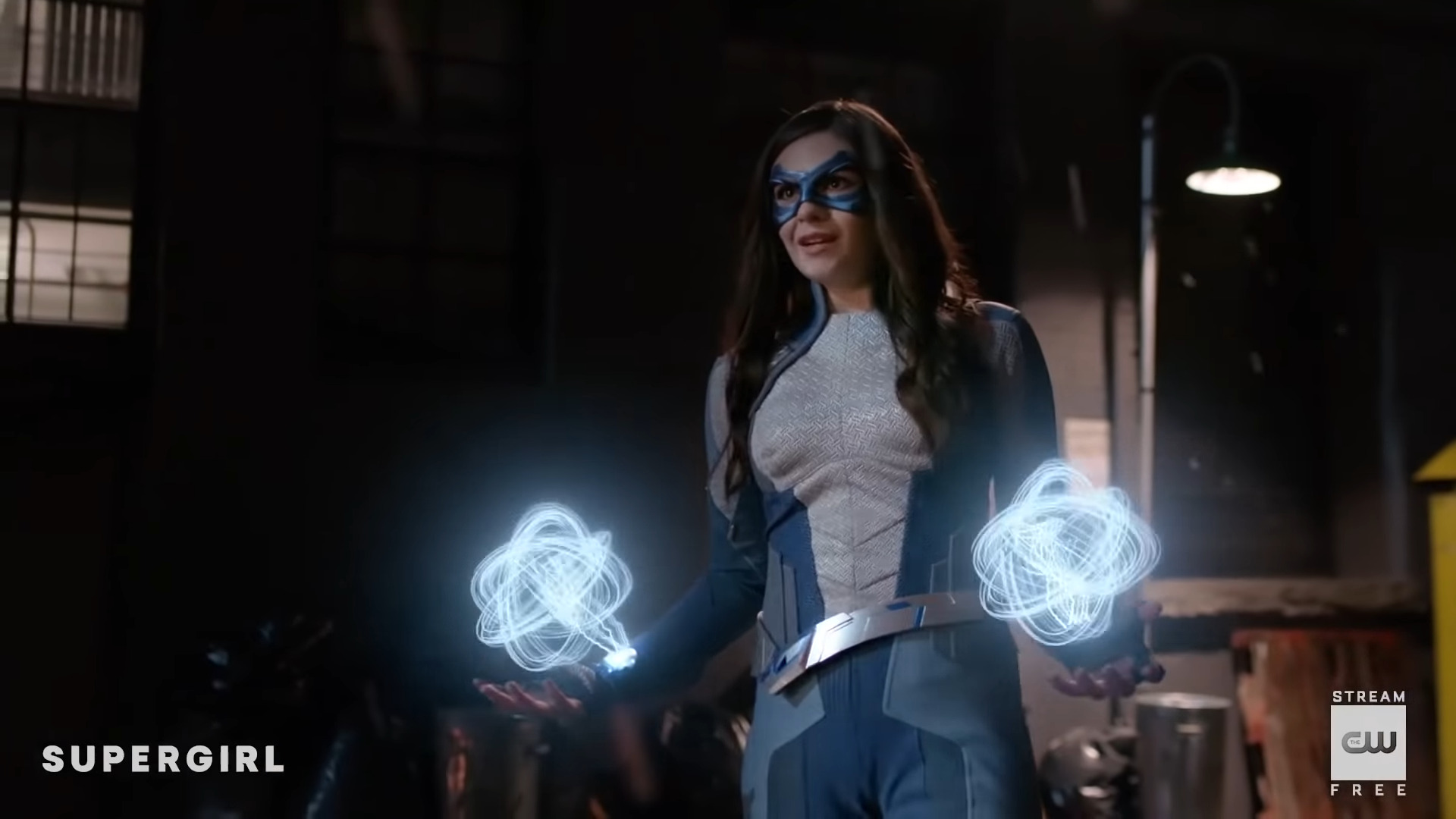 Introduced in the season premiere of Supergirl’s 4th season, American Alien, Dreamer, otherwise known as Nia Nal, is a hybrid human-Naltorian whose unique biology, like fellow species representatives and Legion of Super-Heroes members Dream Girl and White Witch, bestows upon her a number of abilities, most notably to ‘dream’ the future.

This ability, normally exclusive to Naltorian woman and bestowed to only one individual per generation, is granted to Nia despite her being born a biological male – a discrepancy which is ultimately never explained by the time of the series conclusion. 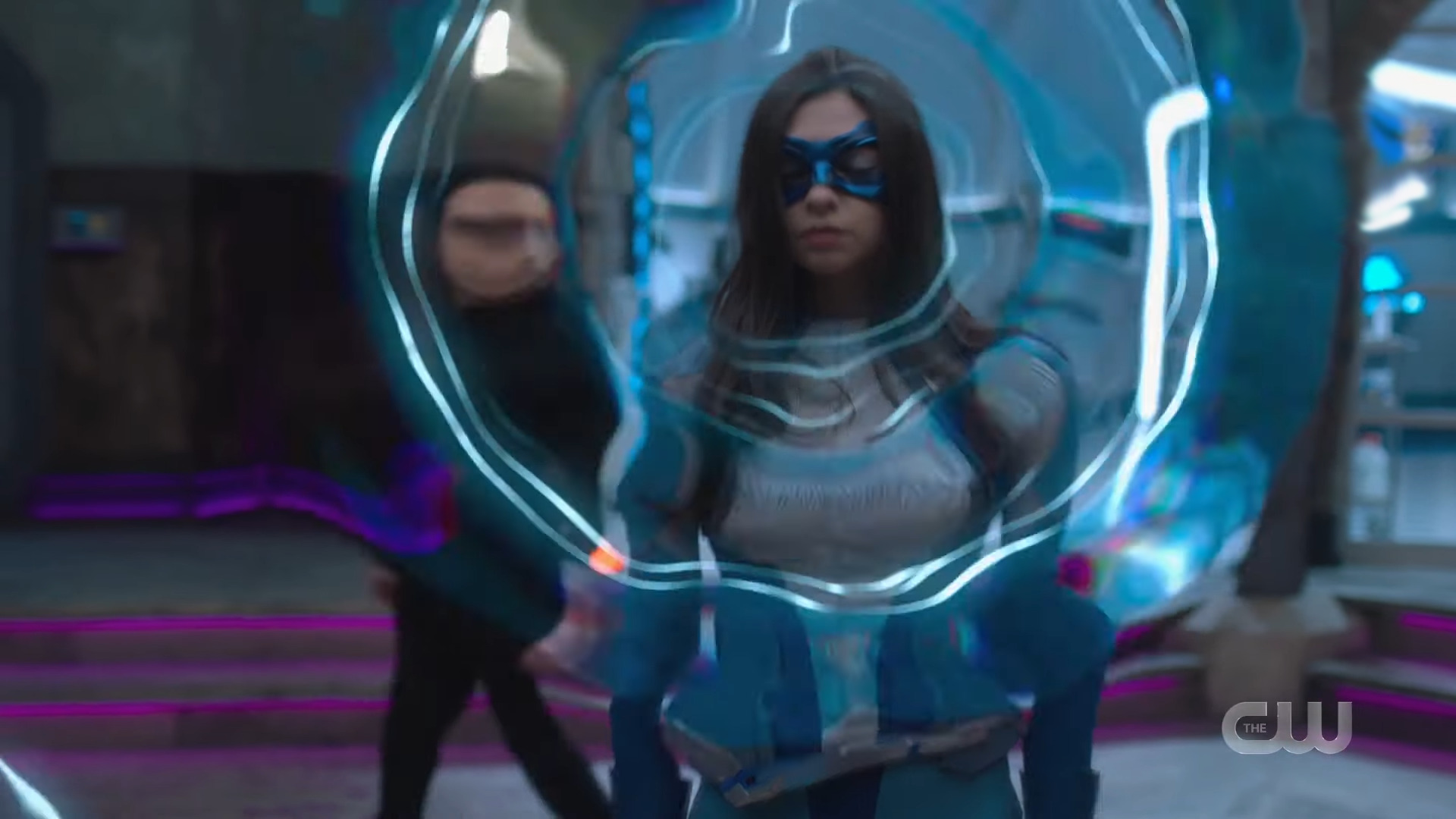 Making a brief cameo appearance in the comic canon ‘Superpride’ story featured in the publisher’s recent DC Pride 2022 special, Dreamer is set to make her full DC Comics canon debut – a previous story featuring the character written by the actress for the DC Pride 2021 special being set in the Arrowverse canon – in the upcoming Superman: Son of Kal-El Vol. 1 #13, as written by series scribe Tom Taylor and co-written by Maines herself.

In promotion of Dreamer’s impending arrival, Maines, alongside Taylor, gave an interview to entertainment news outlet AIPT during which she argued as to why the character’s continued media presence was much needed in today’s social and political climate. 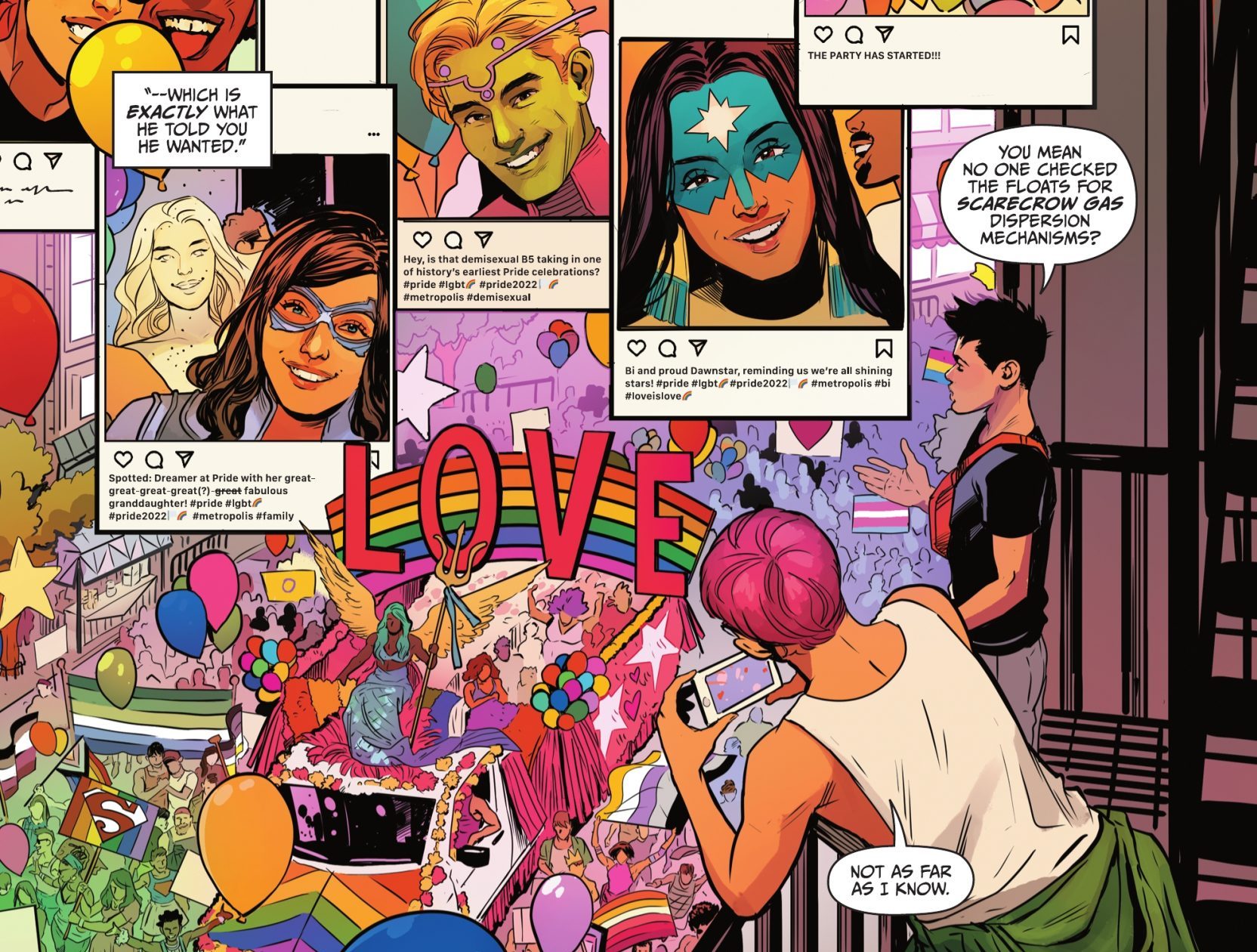 Asked by AIPT writer David Brooke “What made now the right time for Dreamer to come in,” Maines explained, “I think it’s important for a Dreamer to be in the DCU now because she’s needed now. Likewise in the comic, she’s showing up because she is urgently needed, but likewise it’s the same thing beyond the fourth wall.”

“We are seeing an unprecedented level of anti-LGBTQ, but specifically anti-trans legislation here in the states and everywhere of course,” said the actress. “Specifically targeted at queer children. To be able to give those children a superhero who is powerful and smart and important and beautiful and trans is invaluable at this point.” 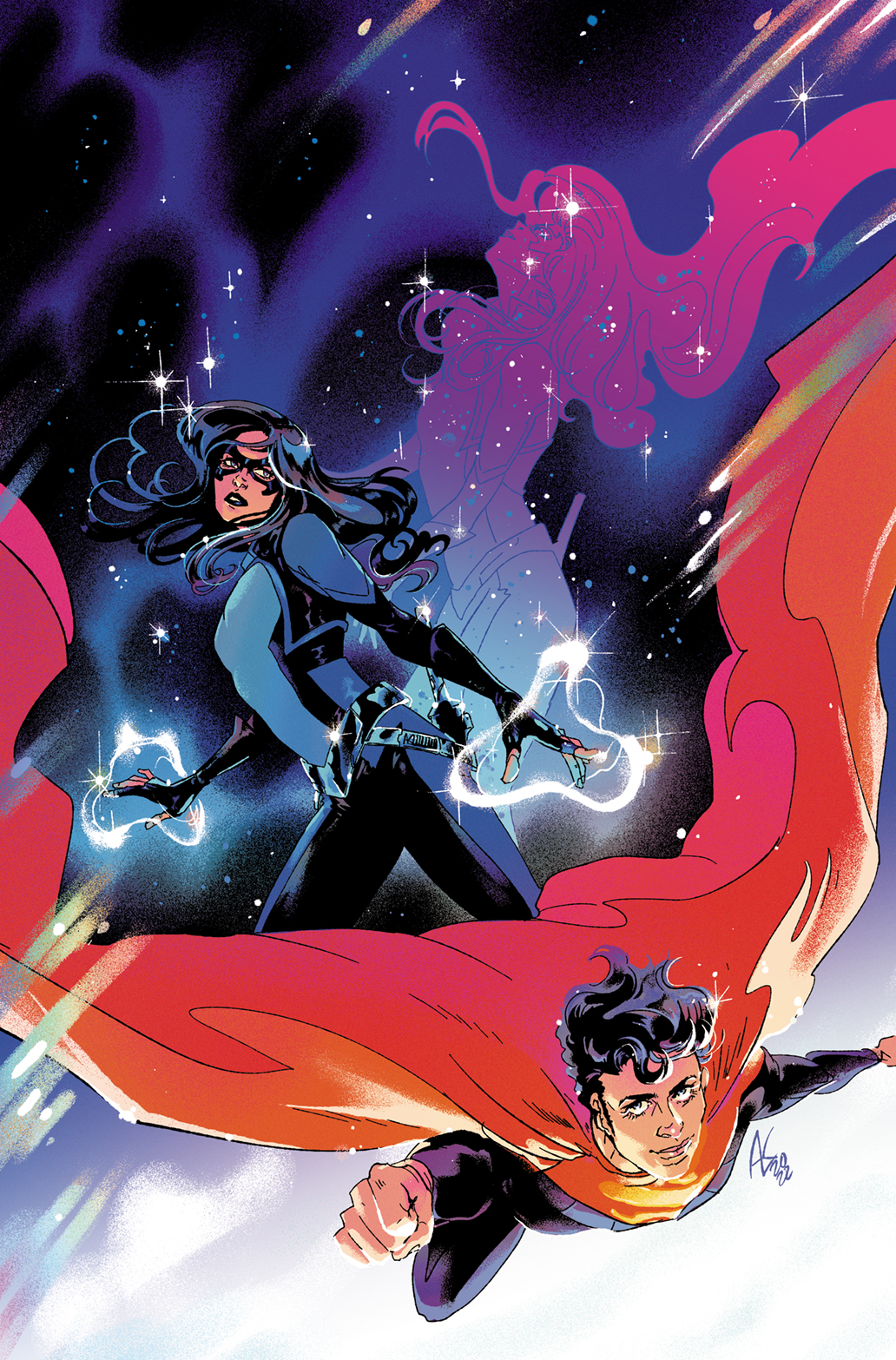 “Knowing what I went through growing up, I could not imagine doing that and then doing it while the state governments are just–” said Maines, before Brooke cut in with the appraisal, “Disgusting”.

“Like they’re in a competition for who can come up with the craziest bill targeted at children,” agreed Maines. “It feels that the least that can be done is, you know, at least we can give these kids a superhero who will fight for them.” 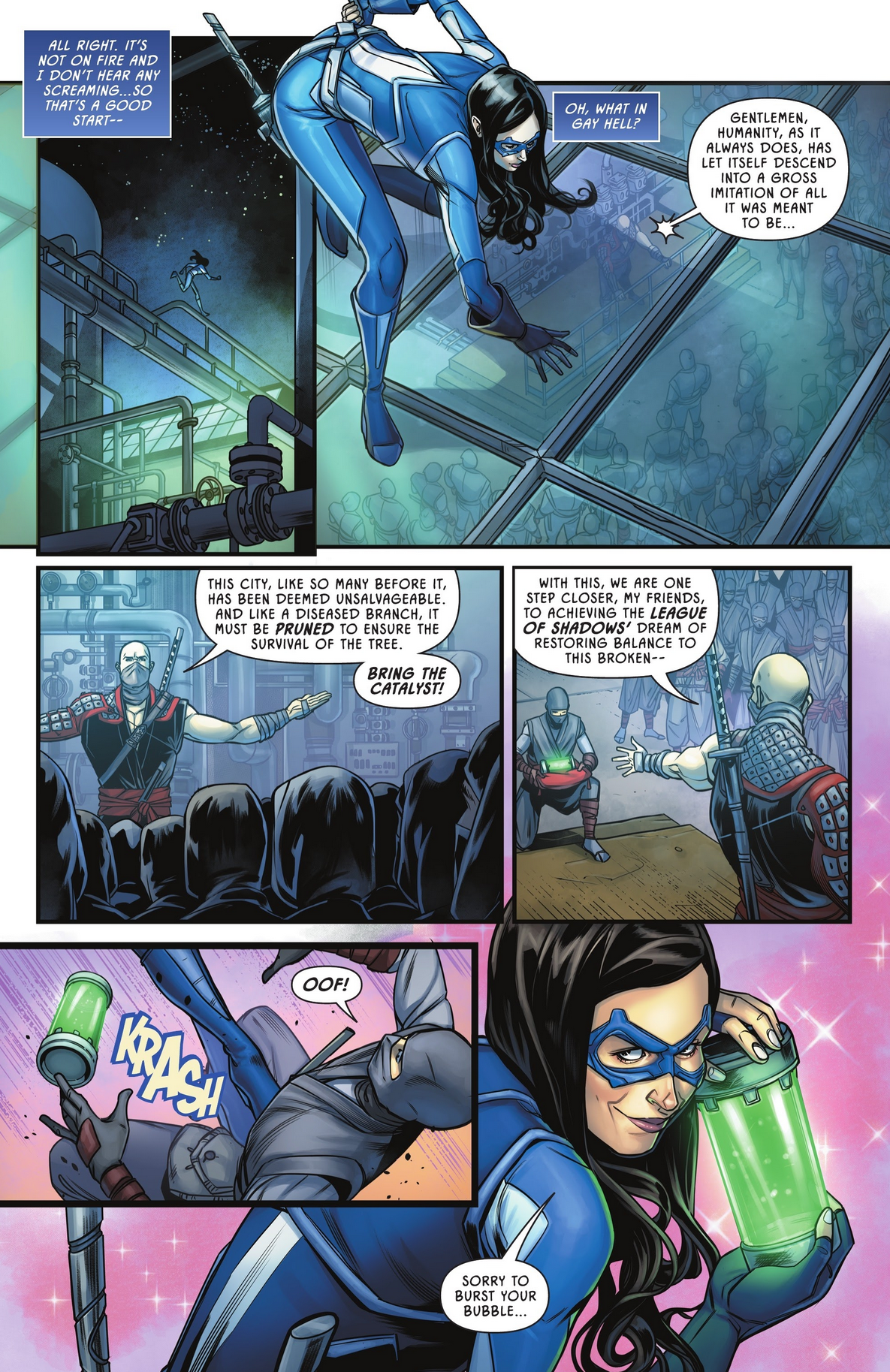 Opining that he felt Dreamer’s appearance run-in with Jon Kent “could be another important moment” in regards to representation, Brooke next inquired if the two were “going for that or trying to hit those beats like that?”, to which Taylor began, “Actually I would say not really.”

Without a hint of irony and somehow failing to realize that the very interview he was giving was doing exactly what he claimed to be trying to avoid, the Superman: Son of Kal-El writer then declared, “One of the things that Nicole and I talked about was how important it was for Dreamer to just show up and be a superhero. I guess not to make a statement beyond here I am and here I am to save the world.” 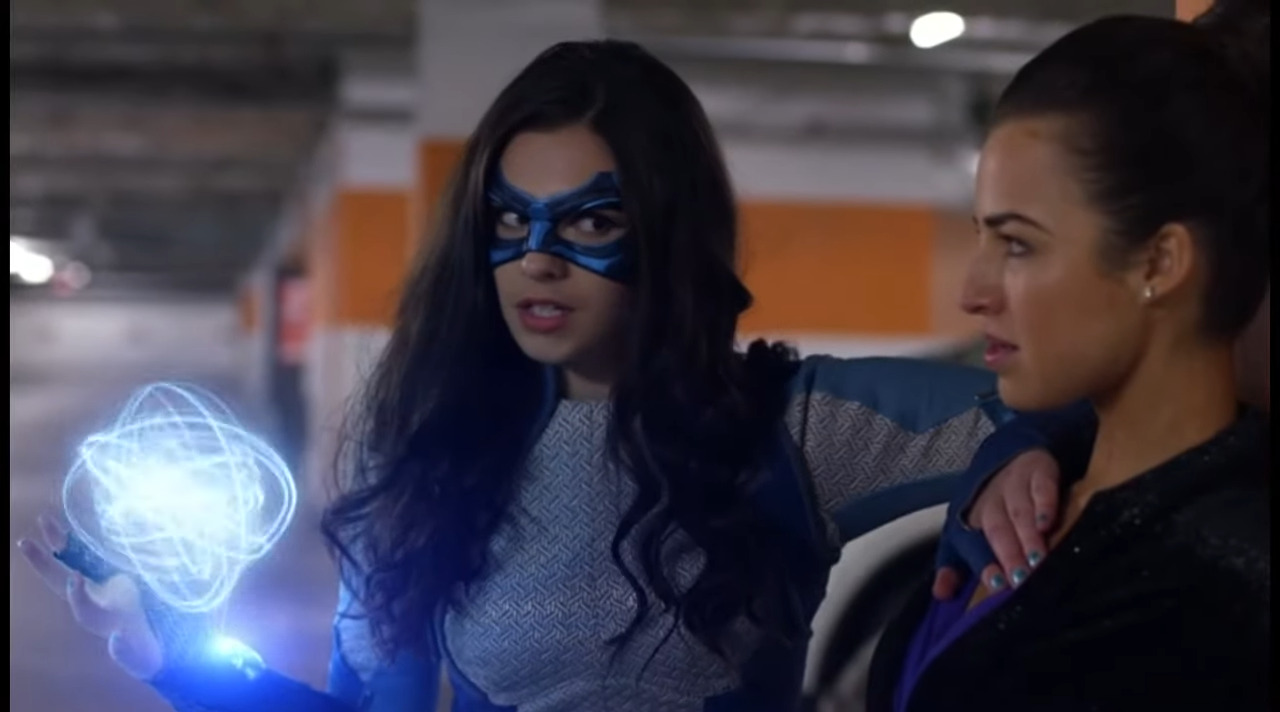 Agreeing with her co-writer, Maines affirmed, “Yeah. It’s difficult writing queer heroes because you want to simultaneously do their identities and their struggles and their lives, justice. While at the same time, you’re not trying to make them a caricature of themselves or you’re trying to put it in a place where it doesn’t make sense.”

“While we were talking about this, you know, she’s coming with this grim world-ending news and we’re trying to figure out, you know, where in here does it make sense for her to come out to them, to talk to them and share her identity with them?” she continued. “And it’s like, I think after the world is saved. I think you have something more important to talk about. Yeah. you know, the bathroom is a bit of a contentious point for me, but we’ll talk about that. After we save everybody.” 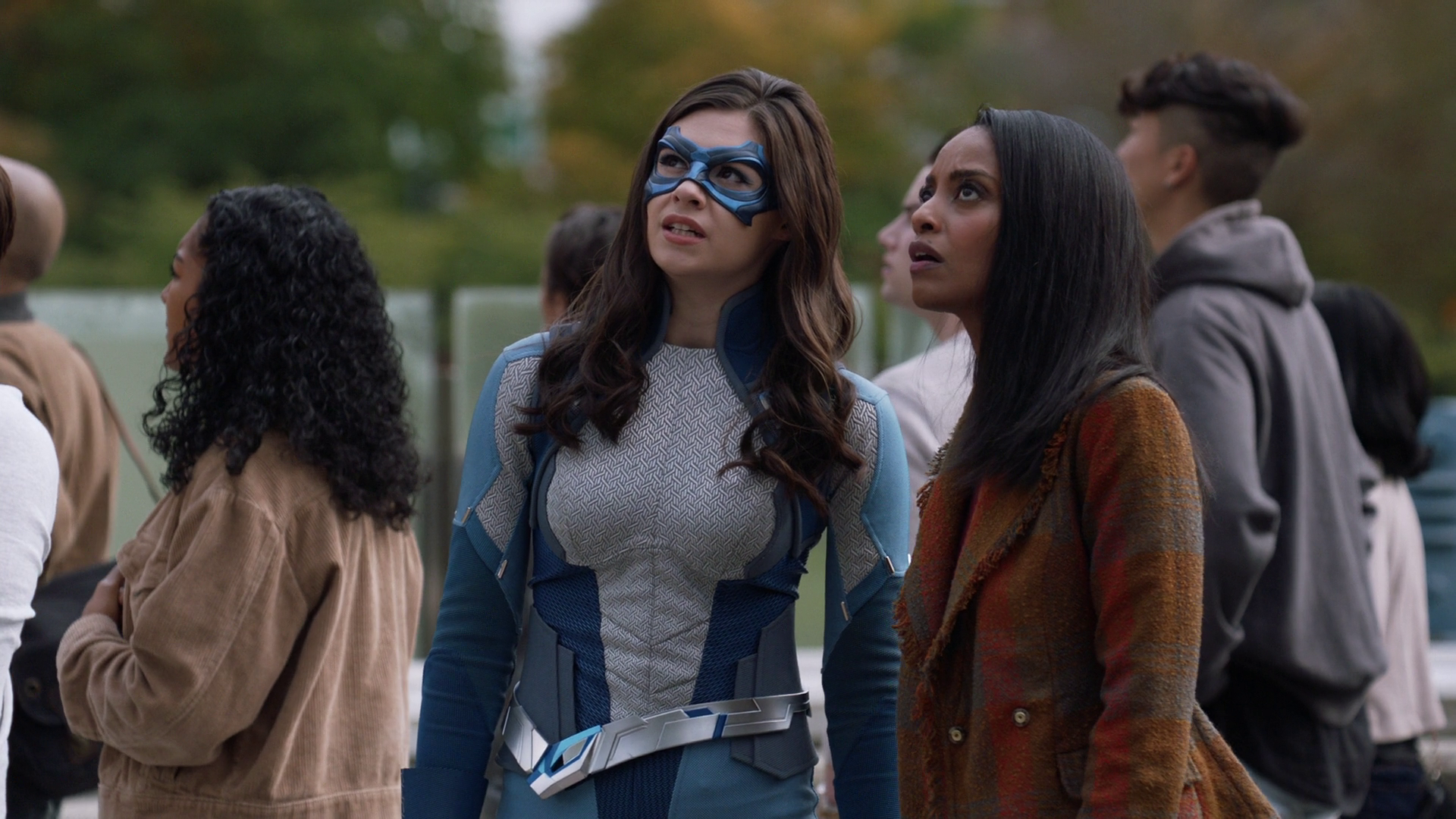 Later asked by Brooke if she felt “like you can kind of put yourself into this character, like your own identity into it, to make it real and alive?”, Manies further asserted, “That’s kind of what I’ve realized with a lot of what I’m writing is a lot of it is coming from my personal experience.”

“And a lot of it is just becoming sort of commentary on things I’ve gone through in my life,” she elaborated. “You write what you know. That was the same playing Dreamer. It was always, how do I bring it back to what I’ve been through? How do I liken her experience to my own?” 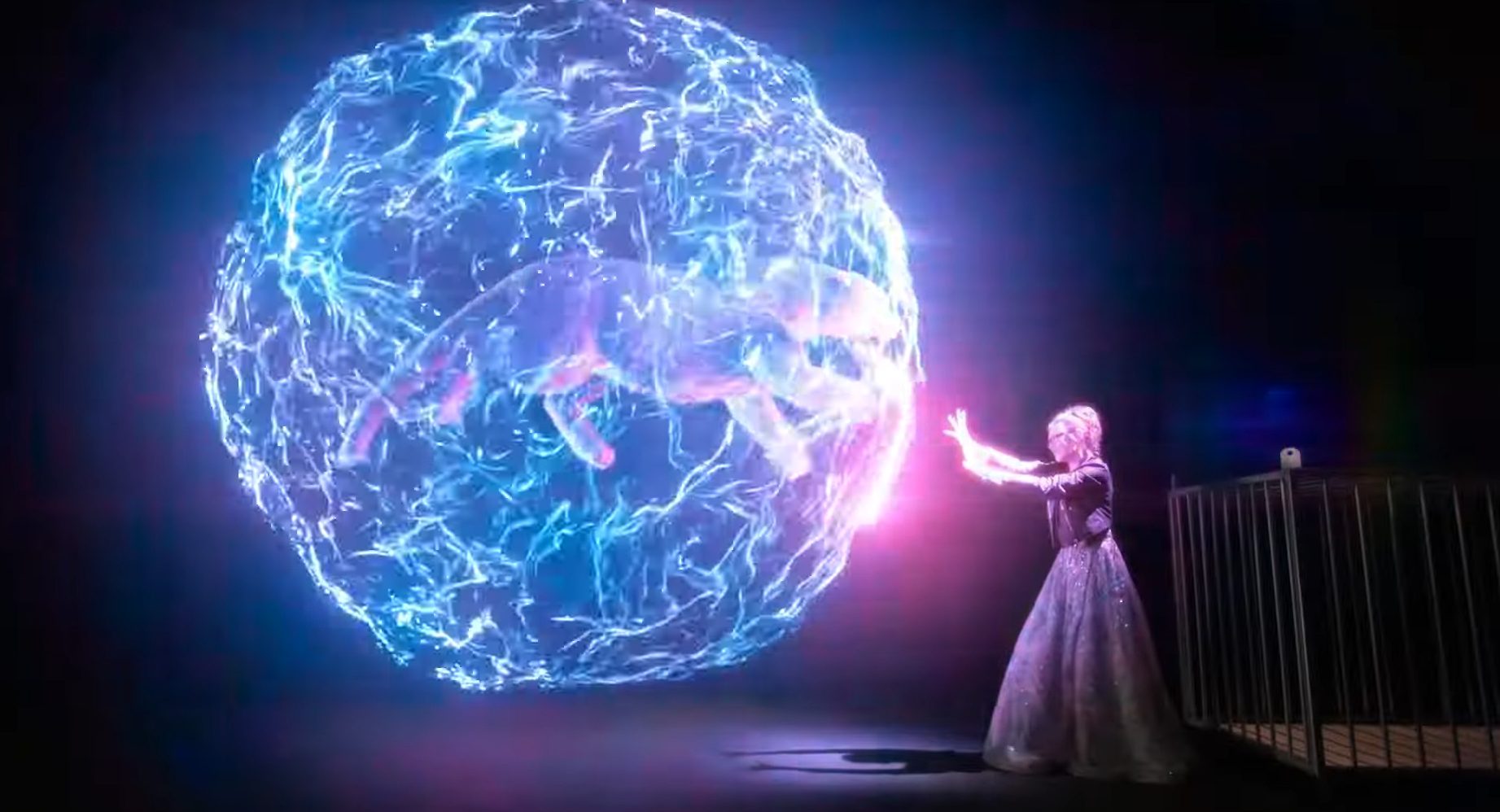 Maines went on to elaborate, “So now here I am. And I’m like, ‘am I doing this right.’ Especially with the graphic novel [I am doing with Rye Hickman], I’m just writing a story that I like. And I’m praying those other people like it.” 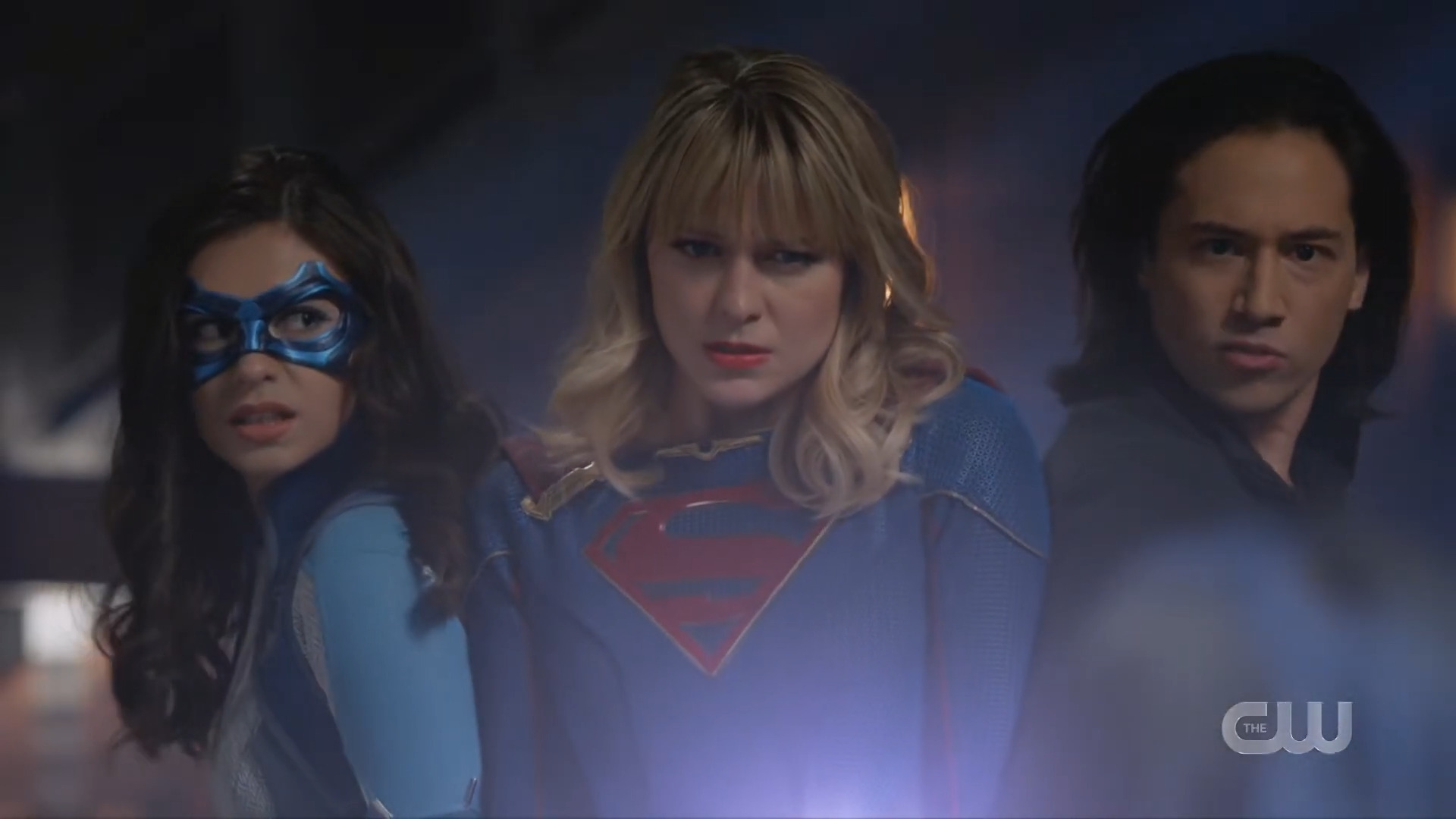 “I love this character,” she told Brooke. “I love what she can do. I think she’s the best. I’m sure I’ve ruffled a lot of feathers, but I will unapologetically continue to say, I think she’s just the most powerful character in the universe. I adore her and getting to write these stories for her has been so much fun and that’s all I’m really going off of. I just wanna see her do cool s–t.”

Concluding with a bit of wishful thinking, Maines added, “It’s really cool to be a superhero fan right now, Ms. Marvel was created in 2013, Dreamers is relatively new too, and yet they’re hitting the scene and people want these characters. I’m like looking at the Ms. Marvel show and I’m like, ‘huh, golly someone should do that with Dreamer!’” 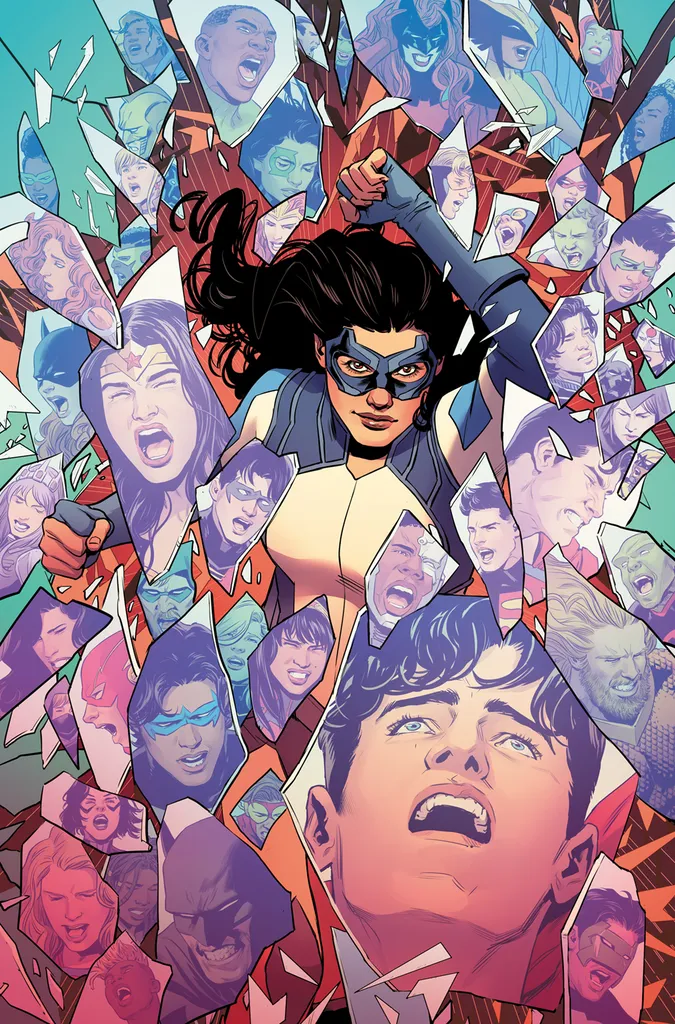 What do you make of Maines’ insight into Dreamers’ upcoming transition from the Arrowverse to Earth-0? Let us know your thoughts on social media or in the comments down below!

NEXT: Grant Morrison On 2019 DC Comics Exit: “Monthly Sales Of New Work Were On The Wane,” Audience Engagement “Seemed In Decline”