Labeled as a South Korean mystery-action-horror film, The Witch 2: The Other is a sequel to 2018’s The Witch: Subversion, both of which explore a different spin on the concept of children being genetically-engineered to serve as weapons. 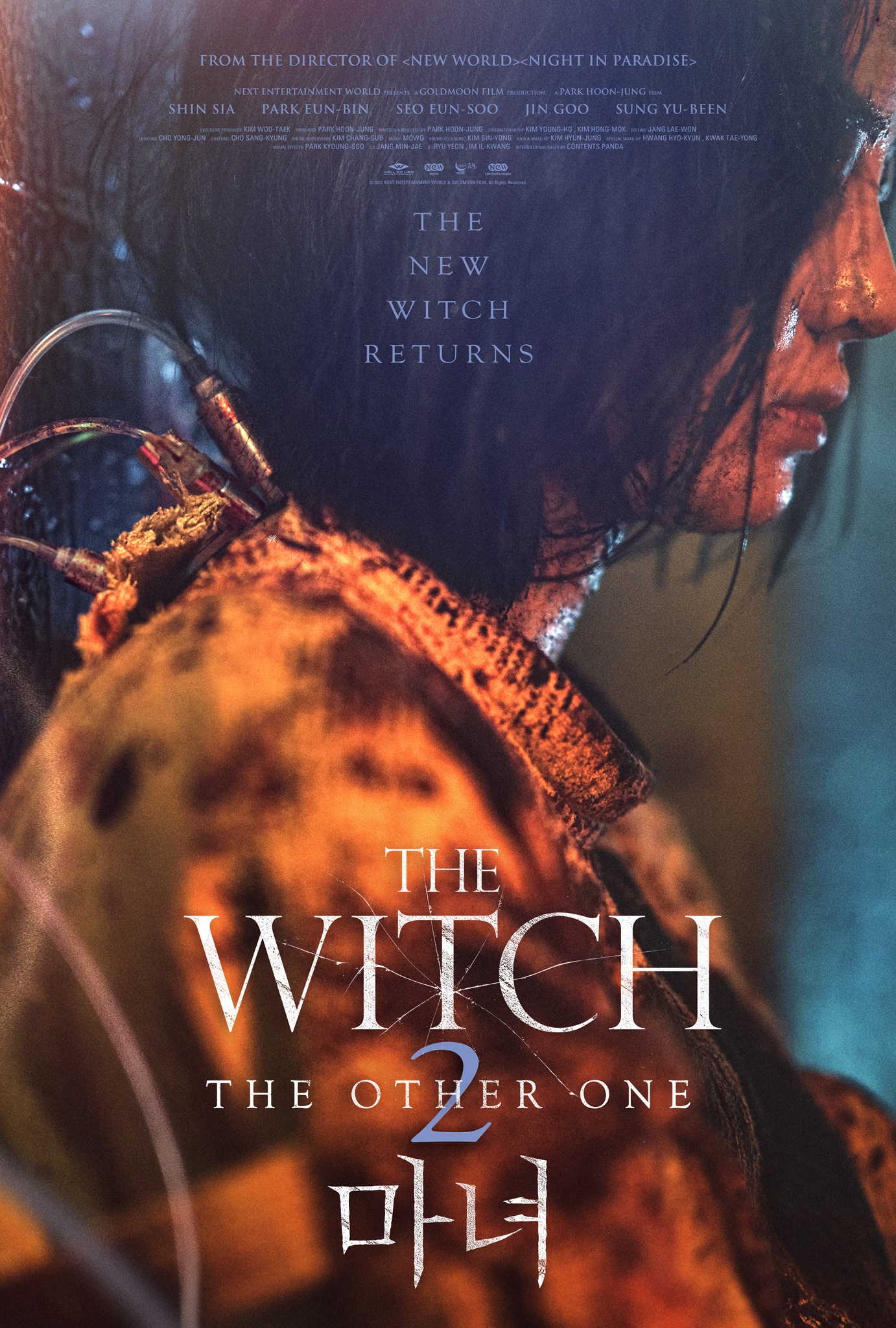 Source: Official Theatrical Poster for Well Go USA’s THE WITCH 2: THE OTHER ONE.

RELATED: ‘Terror On The Prairie’ Review – An Authentic, Riveting Western That Hits The Bullseye

Like the first film, The Other is written and directed by Park Hoon-jung (writer and director of The Tiger and New World, screenwriter of I Saw the Devil) and finds a world where said child-weapons are part of a top secret program known as the Witch Program.

Subjects who surviving the program are bestowed with super strength, super speed, telekinetic abilities, a healing factor, and the inability to die unless they’re shot in the head.

In Subversion, Kim Da-mi starred as Koo Ja-yoon, a young woman who escaped from one such facility to a farm where she was raised by her adopted parents.

Left with amnesia regarding her history and thought to be dead, Ja-yoon’s past comes flooding back when after revealing her special ability during a local singing contest, a group of four powerful Witches are sent to retrieve her.

The Other One instead follows a nameless girl believed to be on the same level as Ja-yoon, as portrayed by Shin Si-ah, who walks out of the Witch Program facility known as Ark after being show twice in the head. 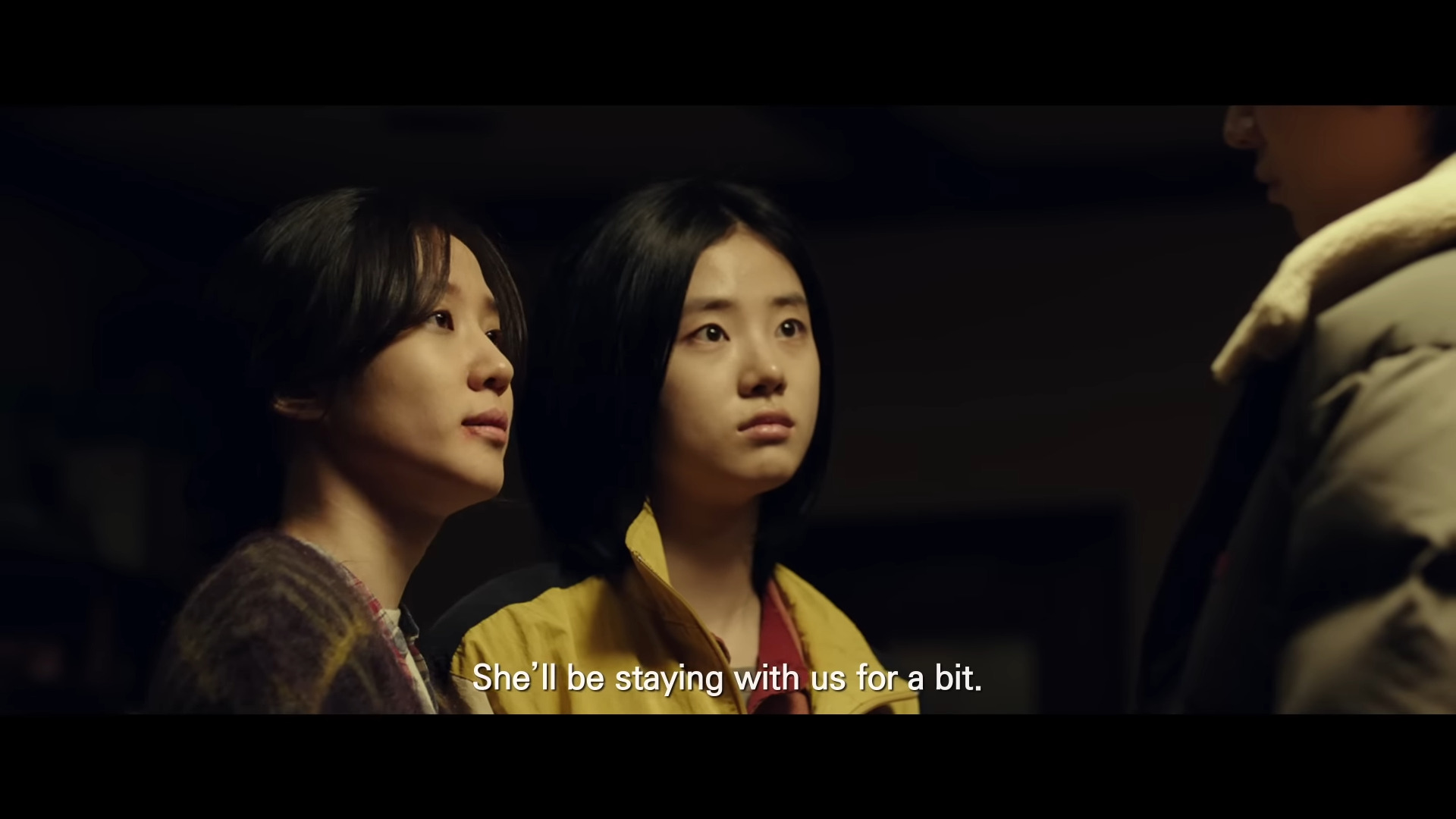 RELATED: Jurassic World Dominion Review – At Least It’s Better Than The Last One

She is soon set upon by another group of powerful assassins, who attempt to retrieve her from the countryside home of Kyung-hee (Park Eun-bin) and Dae-Gil (Sung Yoo-bin), two siblings who have taken in the escaped Witch and are currently battling with their uncle over the rights to their recently deceased father’s land.

Taking a Kingsman-type approach to a film sequel, albeit with less of a time jump between films, The Other One offers the same bloody action and plays out in roughly a similar fashion as its predecessor, all the while revolving around a cast that is almost entirely new. 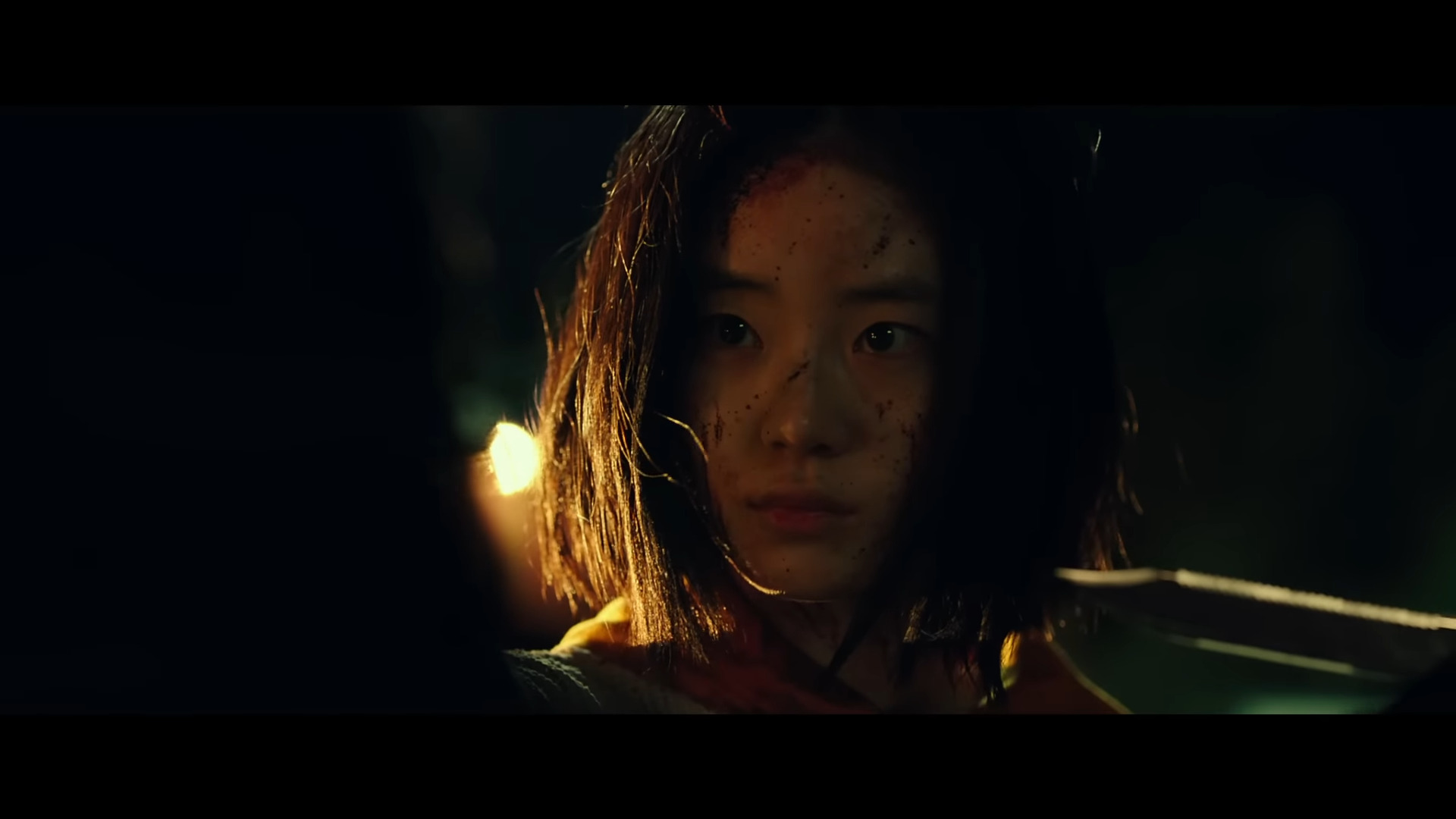 One notable aspect of The Other One is that its concept seems to be lifted directly from the pages of a comic book or the scenes of a superhero film, not only because the Witch Program is very similar to the likes of the Weapon X or the super-soldier experiments that created the Winter Soldier, but because the film is literally dripping in blood,

In Park Hoon-jung’s R-rated duology, appendages are blown and ripped off, everyone is shot and stabbed countless times to gruesome results, and people regularly cough up blood. The aftermath of an incident at a Witch Program facility typically finds dismantled bodies covering the floor and the walls painted from top to bottom with blood. 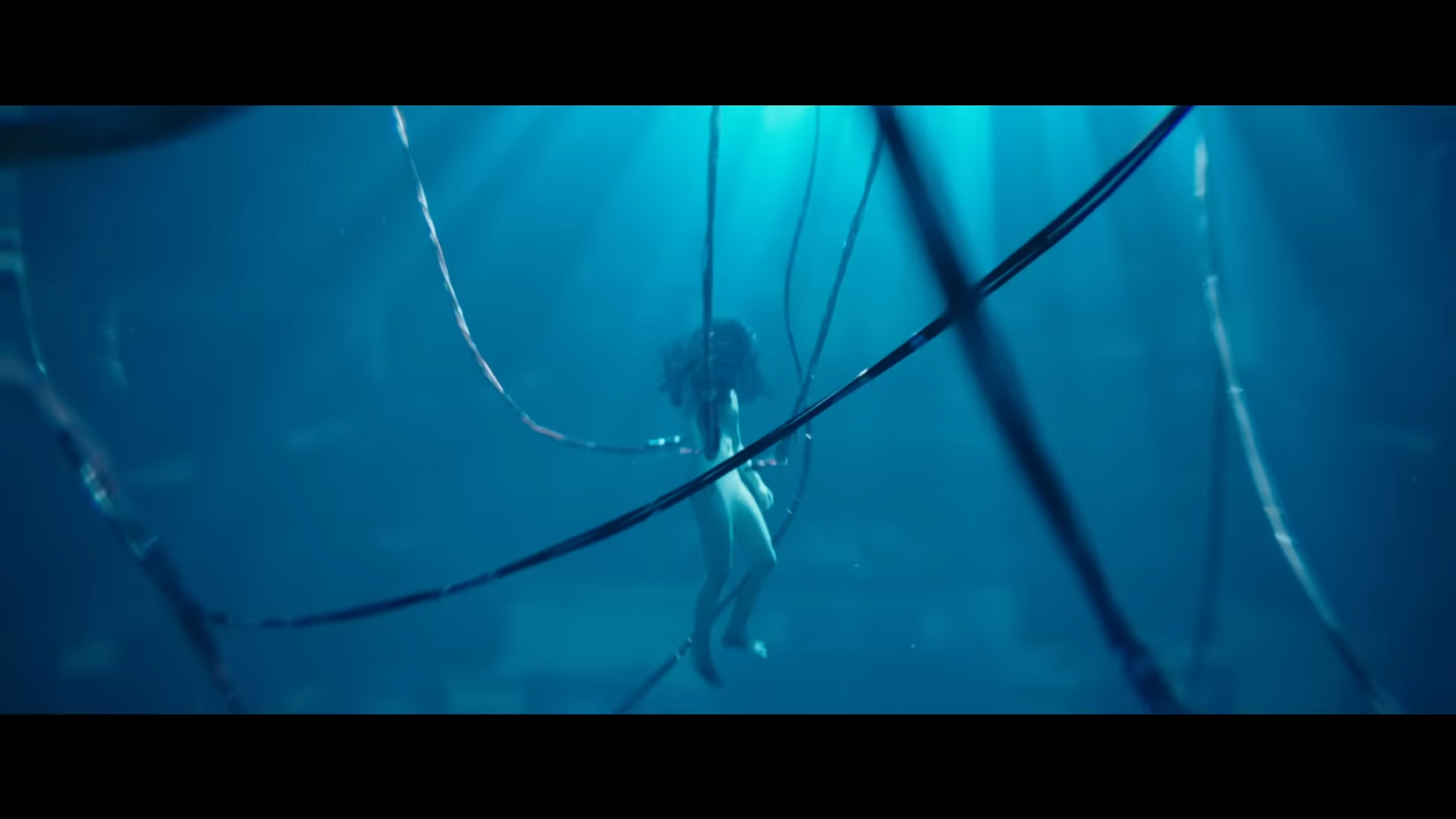 RELATED: ‘What Is A Woman?’ Review – The Documentary Of Our Age

To that end, the action in the film is also a bit different than what you might be used to.

Taking an approach that feels like it was lifted straight from an anime, most of The Other One’s action is fast paced, to the point where your eyes are really only able to process the beginnings and ends of fights rather than what happens in between them. 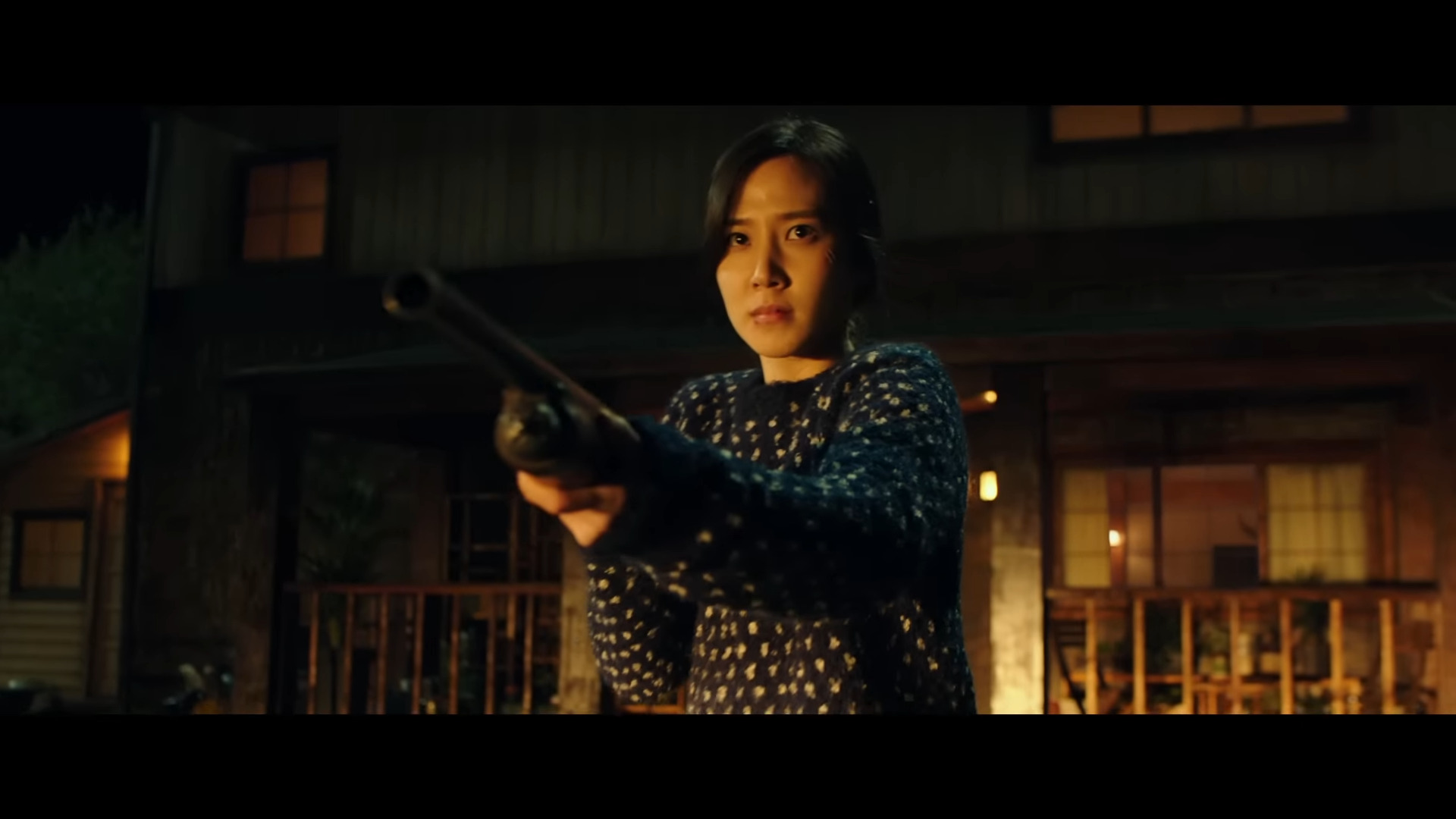 In regards to its visual effects and CGI, they’re mostly passable, giving their strongest showing when utilized to show a character using telekinesis or emphasize the overwhelming power and unbelievable damage of an opponent’s skills.

Still, the film’s special effects often leave characters and scenes seeming a bit more cartoonish and rubbery than the filmmakers probably intended, with the biggest culprit being the fight on top of the billboard near the fireworks display. 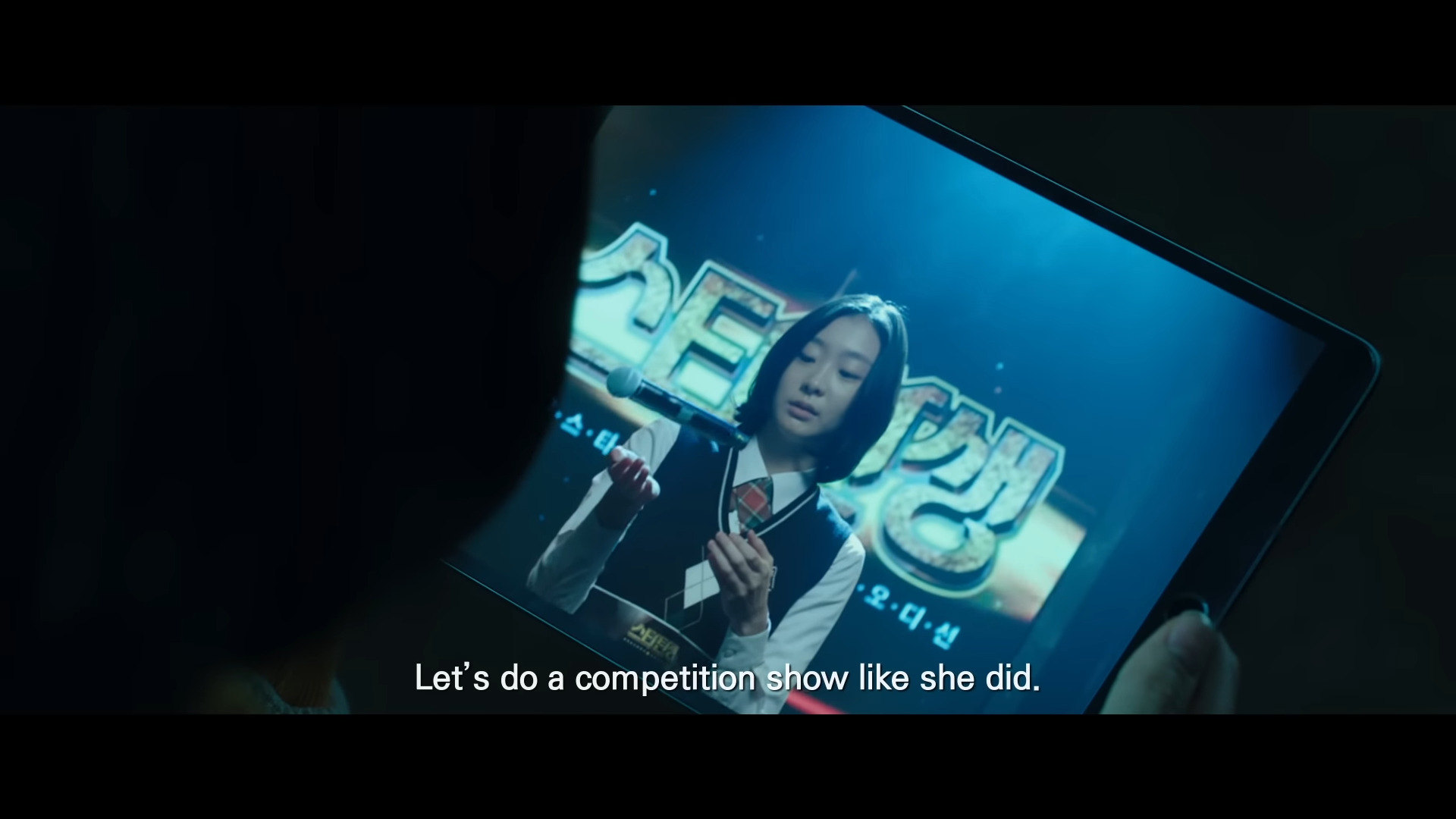 Another of the film’s strengths is that while Subversion focused on a somewhat smaller scope, focusing mostly on assassins attempting to bring a single subject back to one particular lab for testing and brain removal, The Other One has far more of an open world feel to it.

Some of the strongest scenes in The Other One are when Shin Si-ah is just walking barefoot through the snow while being entirely covered in blood. She doesn’t speak much and all you hear is the crunching of snow beneath her feet and the chirping of birds.

The constant imagery of a blanket of cold, white show tainted by dark, red blood splatters provides a beautiful visual constrast that the The Other One utilizes to set its tones incredibly well. 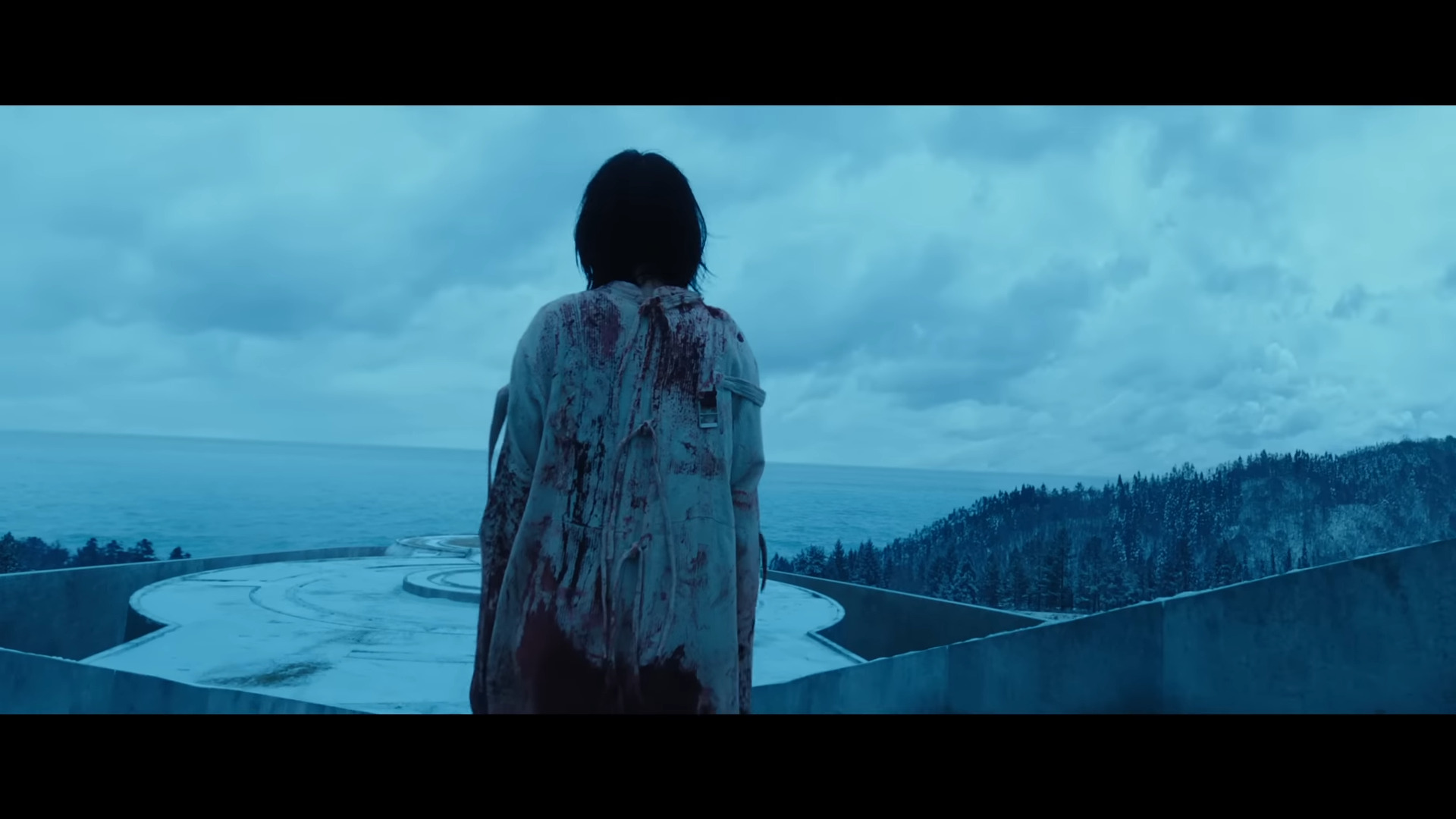 However, what is notably absent from The Other One is the strong sense of character that coursed through the first film.

In Subversion, audiences went on an emotional journey with Ja-yoon, with her on-screen presence and chemistry with Choi Woo-shik’s Gwu Gong-Ja being a large part of what made the film so enjoyable.

(Admittedly, she does appear in the last 15 minutes of the film, and while it makes sense for her to have such reduced screen time given the title of the film, her noticeable absence is nevertheless disappointing.) 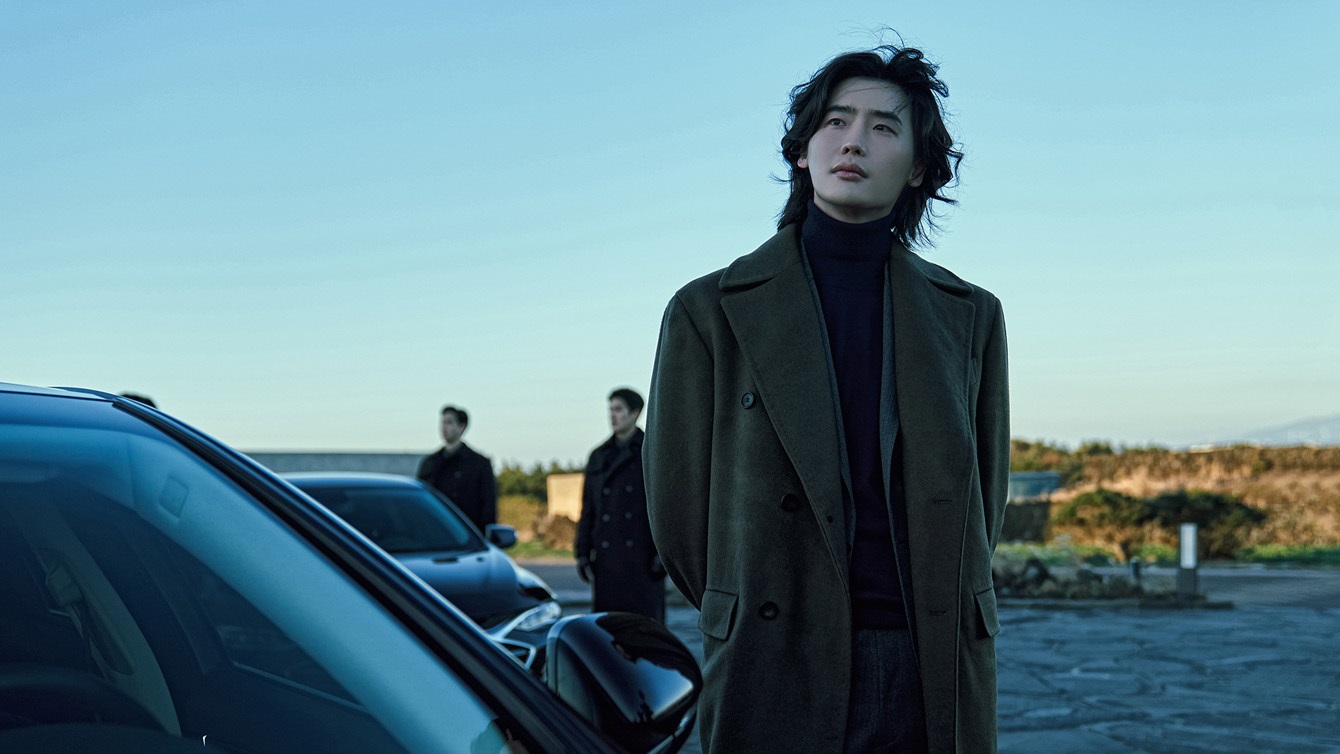 Source: Lee Jong-suk stars as Jang in Well Go USA’s THE WITCH 2: THE OTHER ONE.

By contrast, Shin Si-ah has very little to offer when it comes to dialogue, spending most of her story uttering short words or remaining completely silent.

Further, none of The Other One’s new characters are as memorable or as enthusiastic in their performances as any of their predecessors. 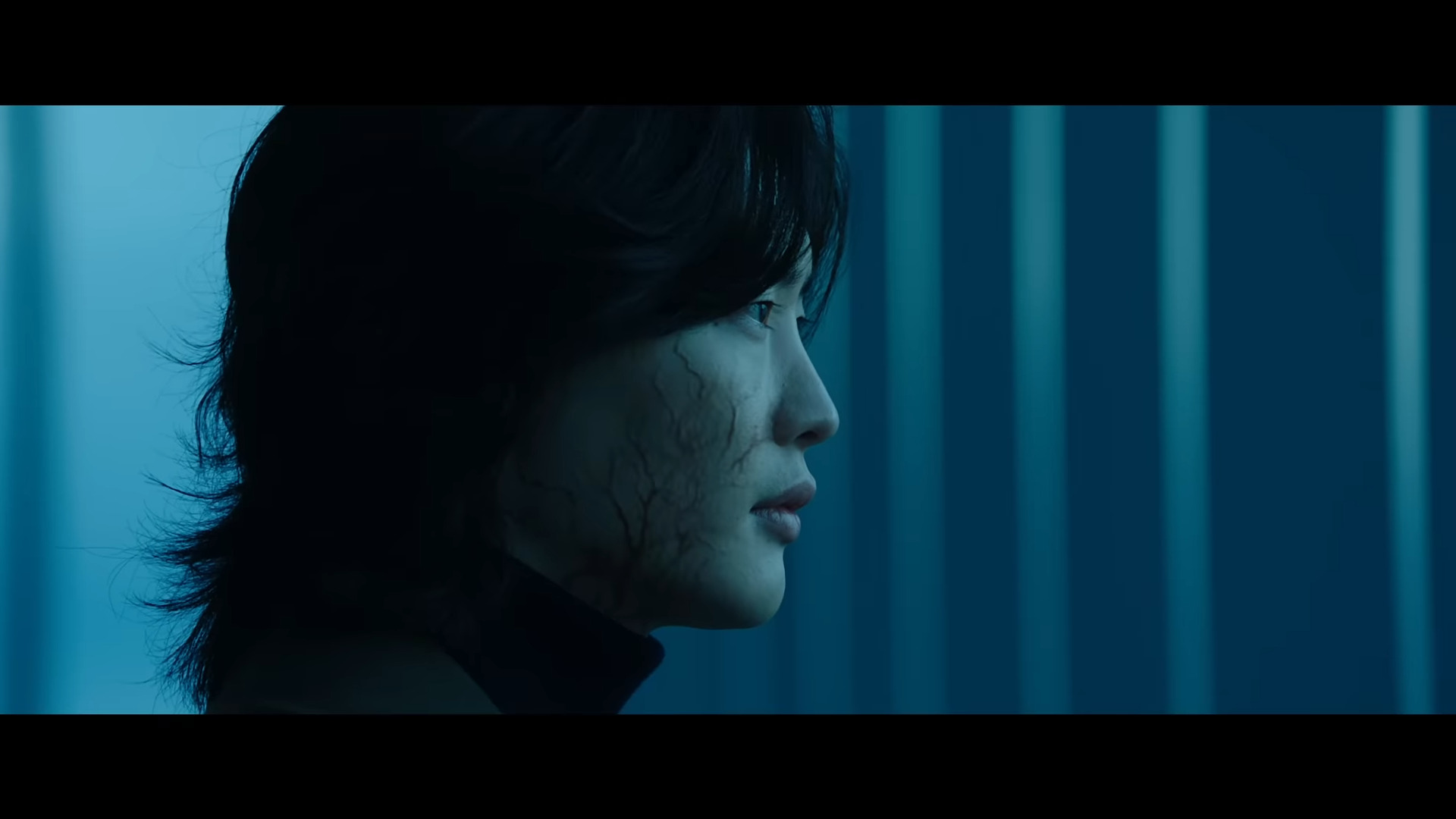 In fact, most of them are slightly annoying.

Jo-hyeon (Seo Eun-soo) and her partner (Justin John Harvey) add nothing to the film.

Meanwhile, Jang (Lee Jong-suk), Jo-hyeon’s former boss, does nothing but give the audience more questions than answers. 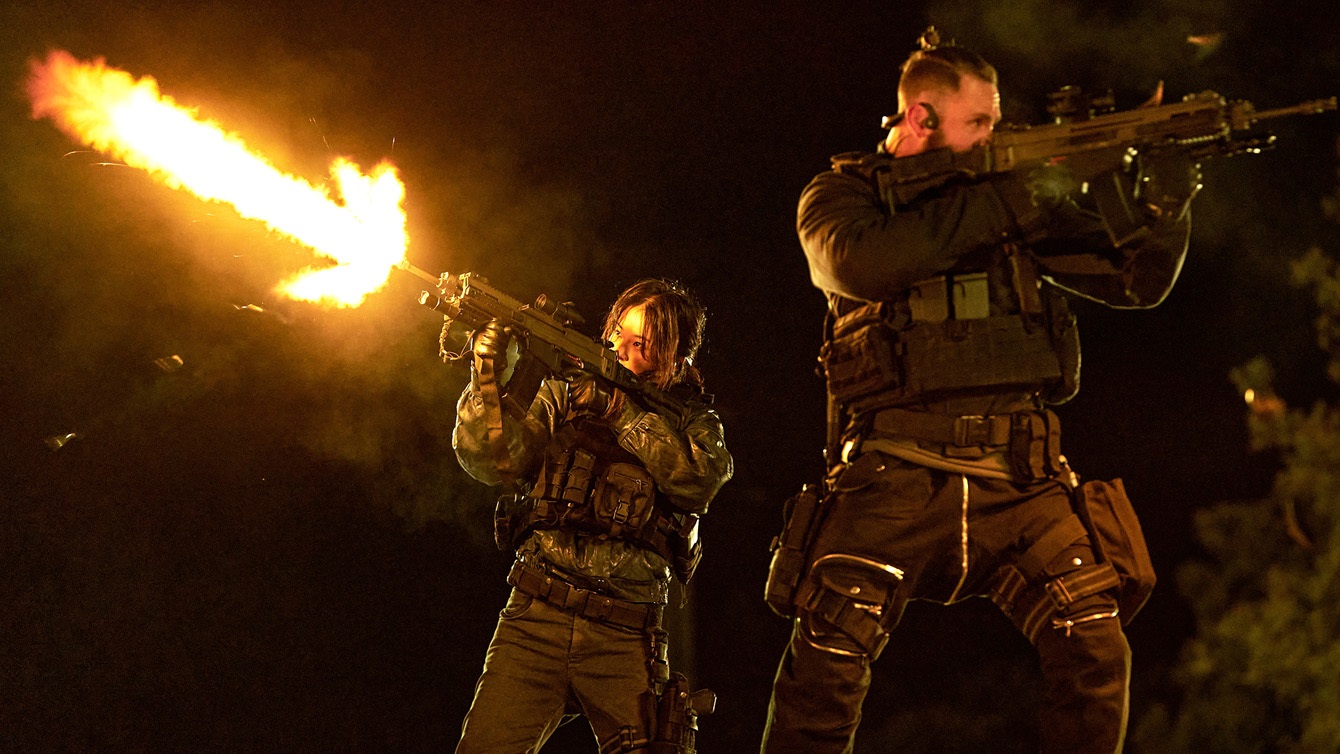 Source: Seo Eun-soo and Justin John Harvey star in Well Go USA’s THE WITCH 2: THE OTHER ONE.

RELATED: Doctor Strange In The Multiverse Of Madness Review

Yet, what may be The Other One’s biggest issue is that while it does feel like a film set in the same ‘story’ as Subversion, it’s execution comparatively feels like it was done in the style of a disconnected spin-off.

While the film is obviously building towards a third and perhaps final film in the franchise – especially in light of its end credits sequence – The Other One lacks the emotional investment and satisfying pay-off Subversion did. 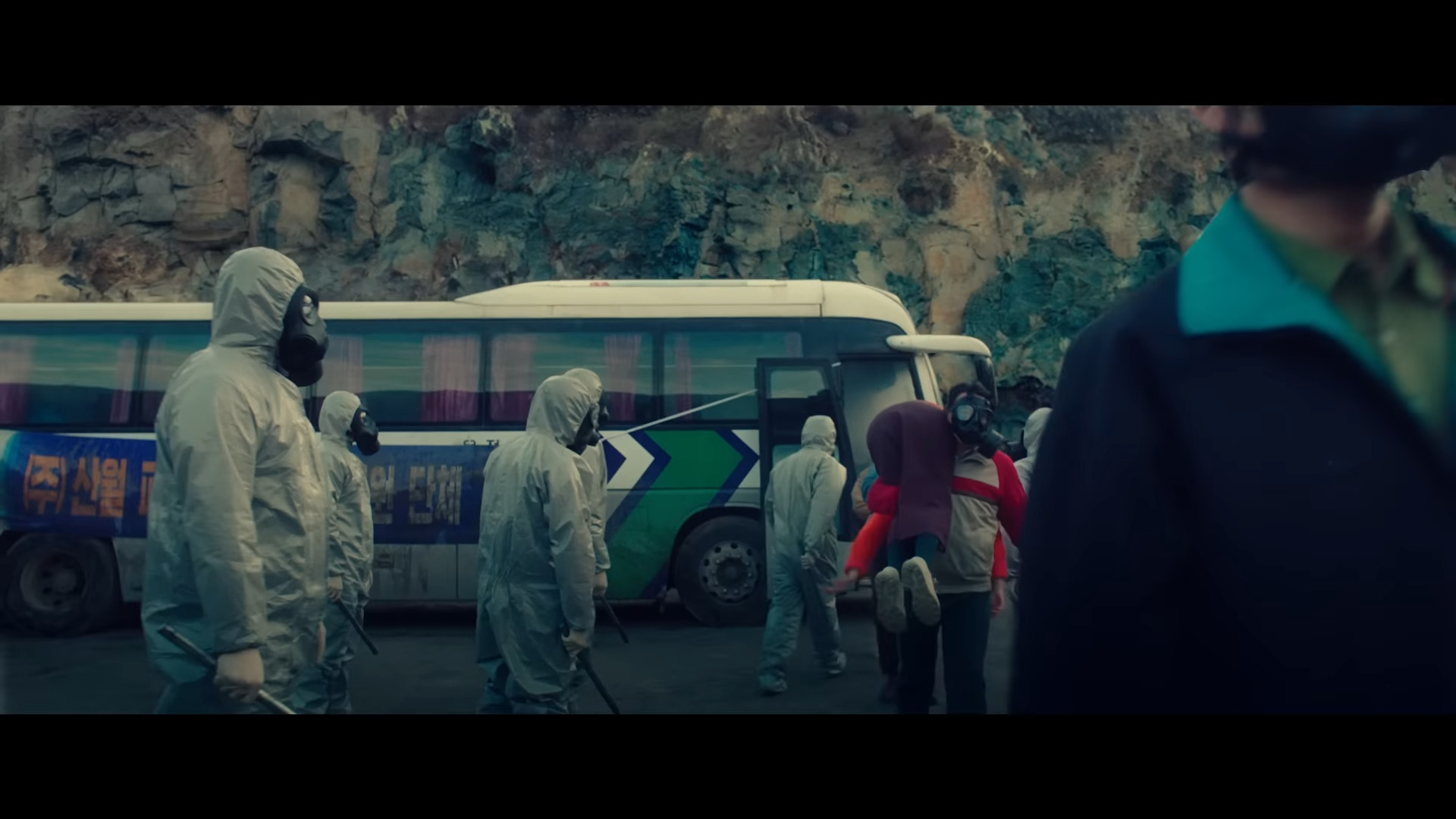 Overall, The Witch 2: The Other One is a mostly solid sequel that simply isn’t as good as its predecessor.

However, while Park fails to get you as invested in the film’s story this time around, he does continue to provide a refreshing take on the concept of superhumans with an emphasis on relentlessly violent action and a well-developed world.

So much so that it may actually pay off to watch The Other One before Subversion since the latter is more of a look at the ‘Witch’ version of Ja-yoon than the film she actually originated in. 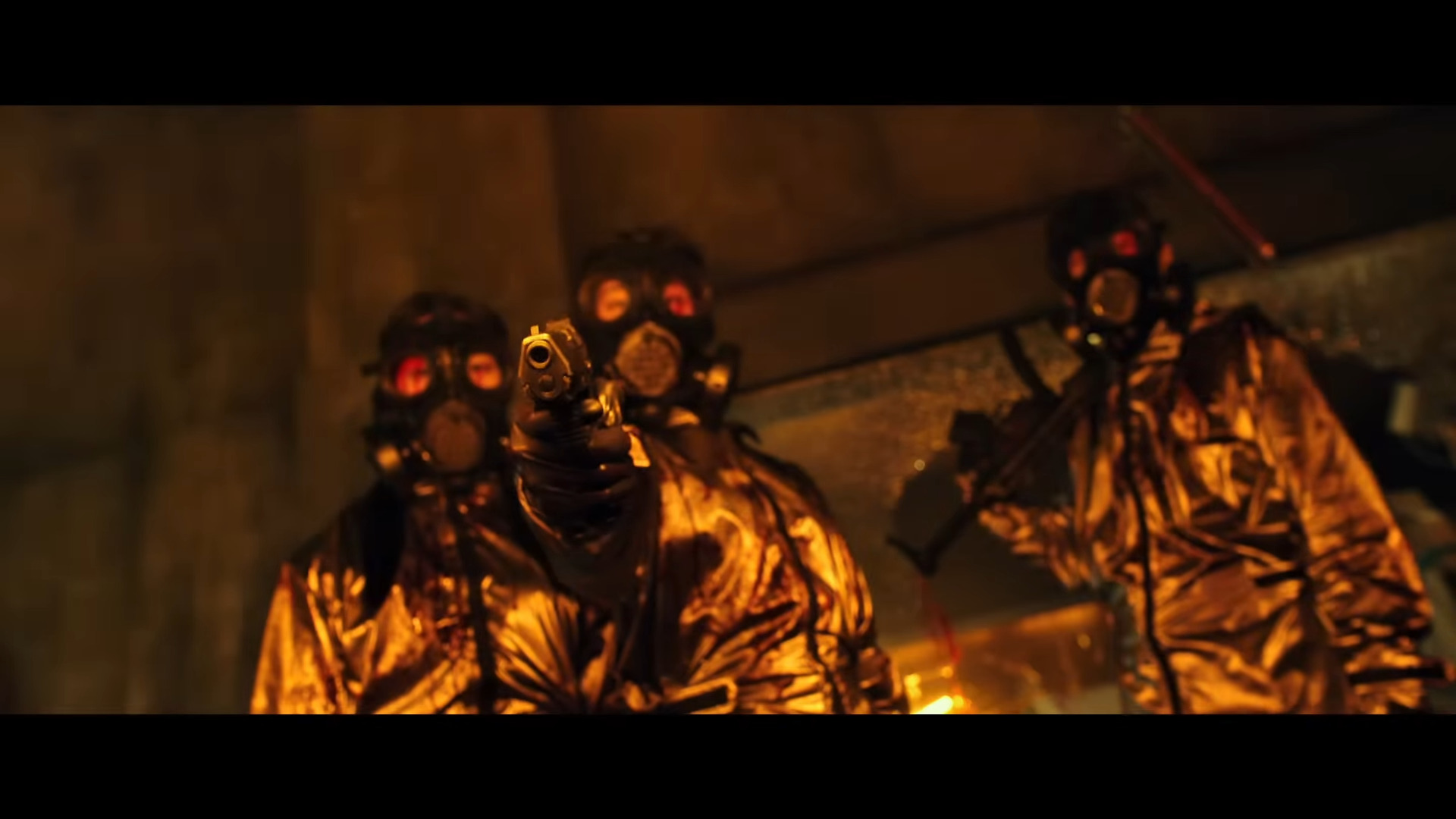 Ultimately, Park Hoon-jung’s latest outing further supports the argument that, thanks to Park having developed his own intriguing franchise with similar concepts to the beloved anime, the world no longer needs a live-action version of Akira

The Witch 2: The Other One is now playing in select theaters across the country. The Witch: Subversion is available to rent through most online retailers for $2.99 or to purchase on DVD/Blu-ray.

NEXT: The Northman Review: A Gory Viking Epic Forged In Boisterous Greatness