Batman has always had a complicated history with guns. On the one hand, they are taboo to him and verboten in his repertoire, mainly due to the murder of his parents. But in truth, his stance on firearms has shades of ambiguity. 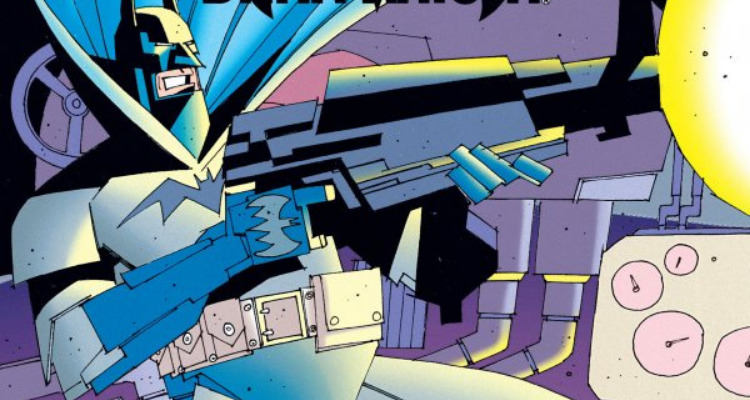 During the original Golden Age run of Bob Kane and Bill Finger, the Caped Crusader didn’t have a problem picking up or firing a handgun. And actually, the morbid irony of the character at that time was he carried the gun used to slay his mother and father.

This idiosyncrasy resurfaced in Elseworlds stories from time to time but, following The Silver Age, the official narrative became “Batman doesn’t use guns and he doesn’t like guns” to a fault. Frank Miller made this abundantly clear to the extent of belaboring the point in The Dark Knight Returns when his grizzled antihero shattered a rifle with his bare hands. 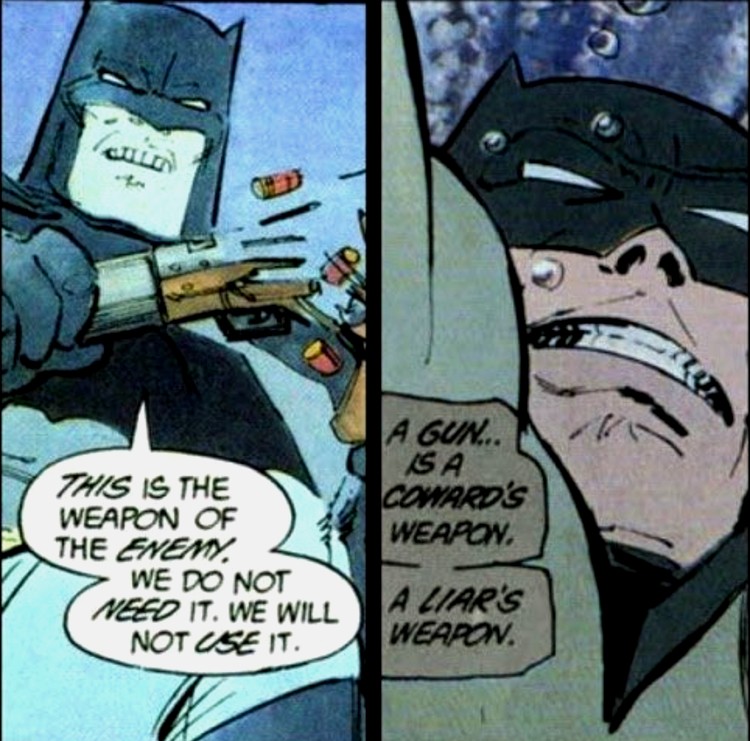 Even though Miller’s work goes back on this moment and the declaration that accompanies it with his exaggerated tank of a Batmobile and its ginormous howitzer, Batman’s antipathy toward guns has been treated like gospel for decades. And now, a new attempt is being made to further codify it.

Issue #6 of Batman: The Knight by Chip Zdarsky explains in one of Bruce’s inner monologues why he won’t use a gun despite the fact he is a very adept sharpshooter. Additionally, the reason is very close to the rationale for why he won’t kill.

As Zdarsky retells Batman’s origin and the story of his training, he depicts a young Bruce being trained in archery and marksmanship with rifles. The end his trainer has in mind is disarming “the whole damned world” if possible. Bruce sounds like he will need time to reach that potential when he shares he’s having flashbacks to his parents’ deaths.

In actuality, he is working on his competency with firearms on his own time while also developing that line Bruce will be so notorious for as the Batman. “I can’t take a life,” he thinks as he shoots pinecones in the woods. “And I can’t use guns on anyone because, God help me… I’m good at it.” 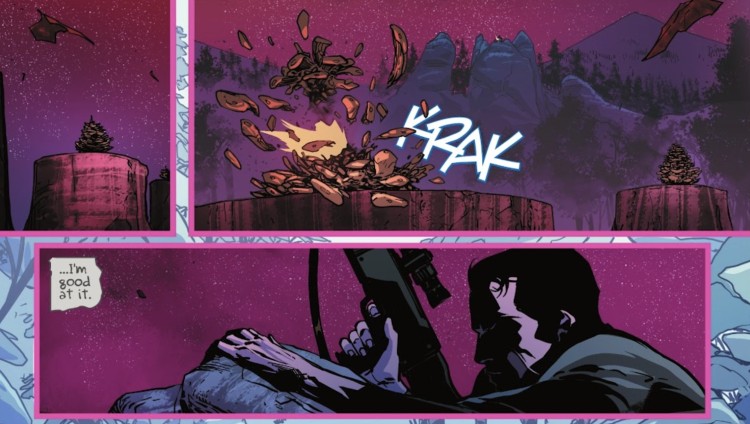 In other words, Bruce is afraid he will go too far if he uses a gun because it’s a temptation that’s too irresistible for him. Breaking this rule, like with killing or killing The Joker specifically, would be too easy – or at least make his job too easy – and be a coward’s answer to fighting crime. There’d be no honor in it for him.

However, this take doesn’t hold up to the scrutiny of the Dark Knight’s past. As mentioned, he has used guns before, just not very often, and this point was addressed by former Batman writer Chuck Dixon in episode #53 of his Ask Chuck YouTube series.

Chuck says Batman doesn’t hate guns, which would blind him emotionally, though he may not like them or the “craven and cowardly lot” of criminals who use them. He actually respects them as a tool. “Anybody who’s been shot at as often as Batman has gotta learn to respect guns,” Dixon said.

When writing the character, he wanted Batman to be “conversant with firearms,” i.e., knowing all about them because they’re what his enemies wield. Dixon even wrote scenes with Batman training Tim Drake and Spoiler in the art of throwing a gun as a projectile in itself. 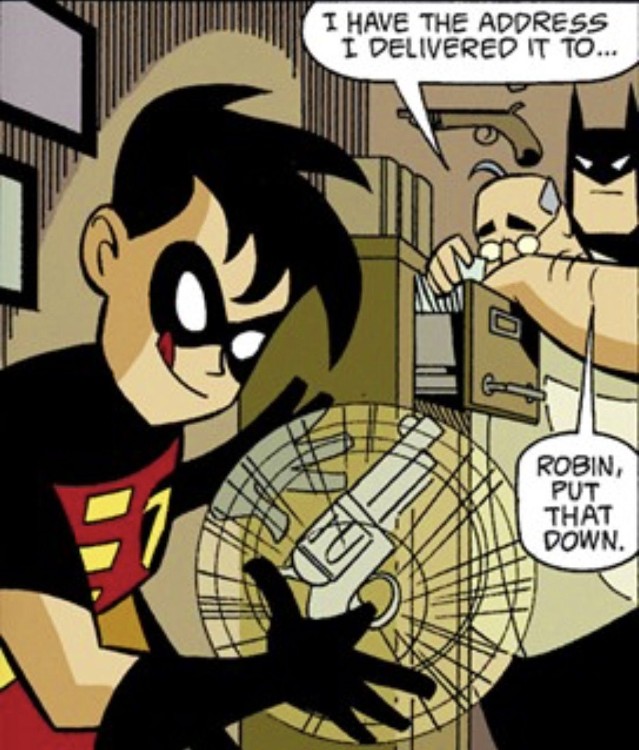 So Batman, or at least Dixon’s conception of him, doesn’t run to hate as Dixon says so many often do on an issue and certainly doesn’t despise guns. “My Batman,” Dixon explained, “is not that little of a man.”

It’s debatable if Chip Zdarsky’s Batman should be considered a little man deep inside or not based on his apprehensiveness about them. A gun may be a tantalizing, urge-inducing drug in the case of The Knight but Bruce is still comfortable enough to hold one and practice his aim. 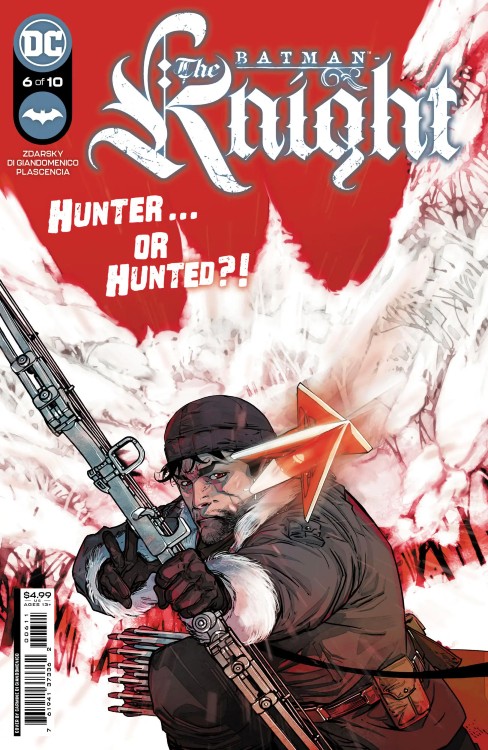 In Batman: The Knight #6, on sale now, Zdarsky carries on a tradition of master assassins training Bruce Wayne in the art of war started by the late Denny O’Neil – who introduced Henri Ducard, one of Wayne’s most infamous mentors.

NEXT: Writer Chip Zdarsky and Artist Jorge Jimenez Team Up For Return To Batman in July